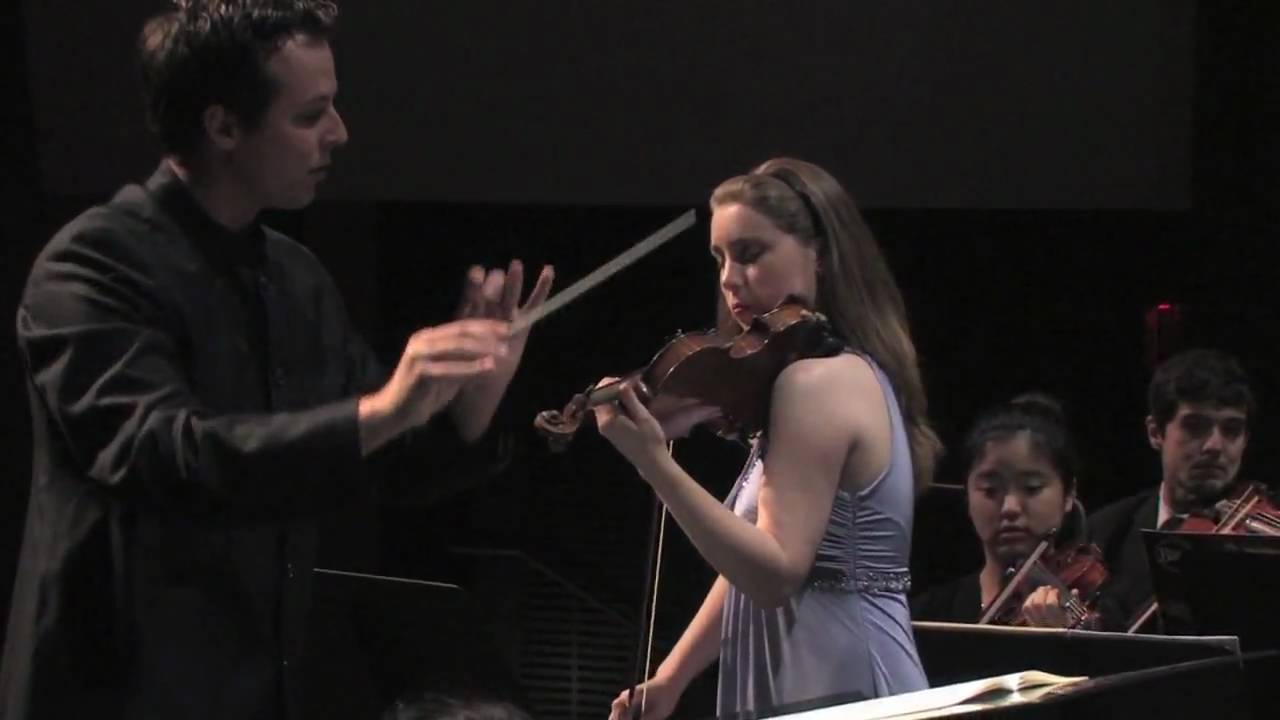 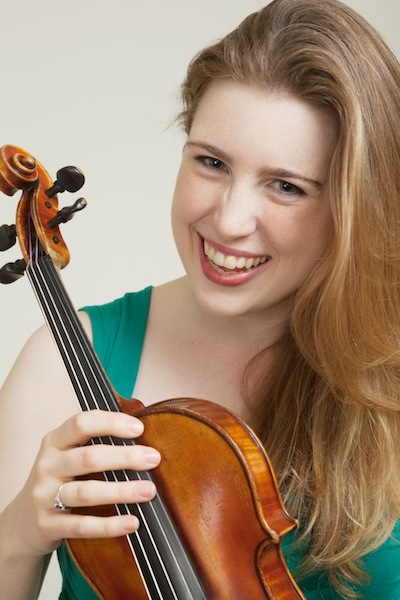 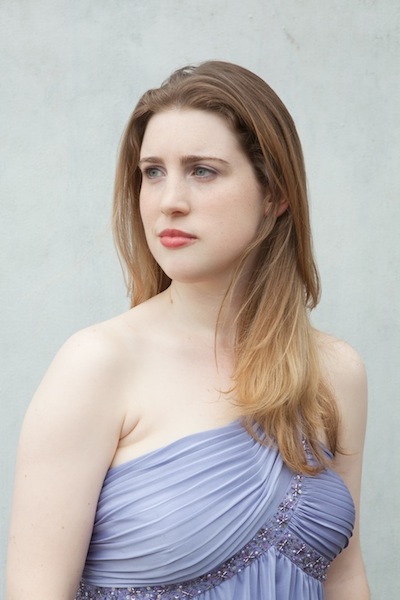 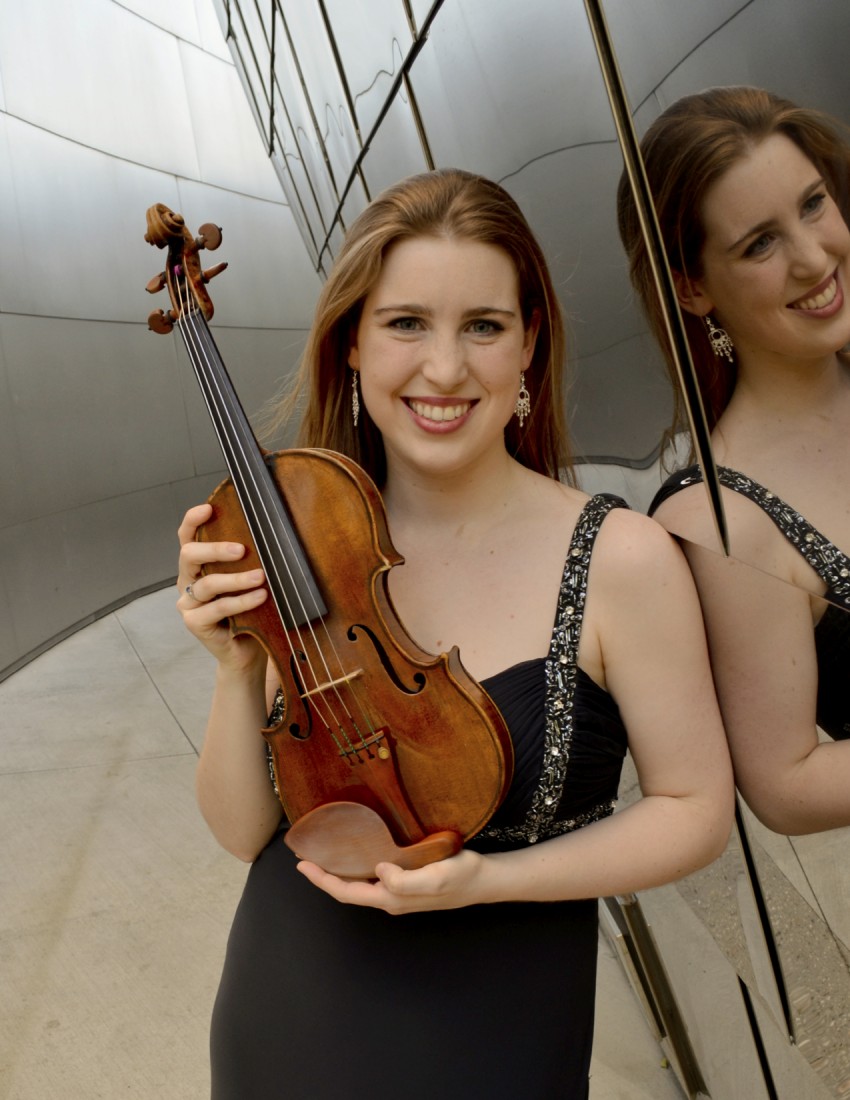 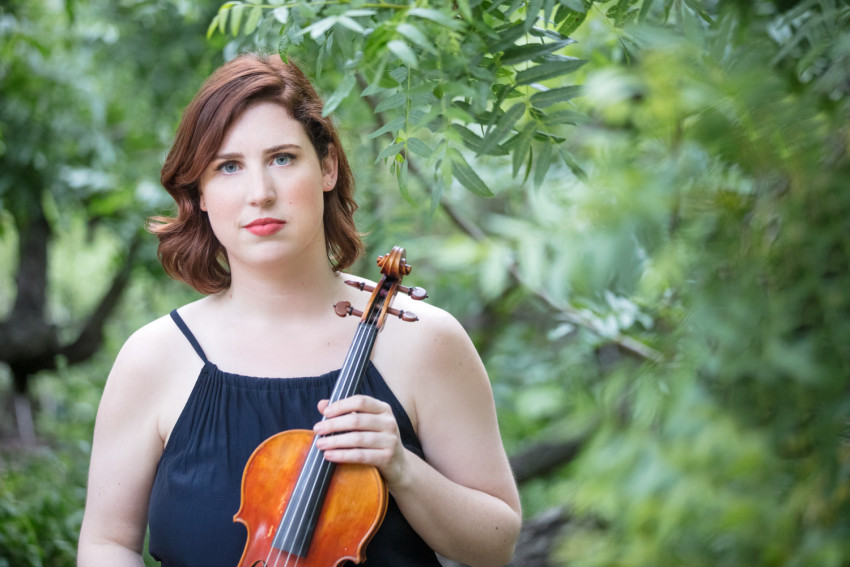 Be the first to review Caitlin Kelley

Recently hailed as “dazzling” by Peninsula Reviews, violinist Caitlin Kelley is a unique and versatile performing artist, equally at home with both traditional and contemporary repertoire. During the 2014-15 concert season, Caitlin will divide her time between Kentucky and New York, while serving as Interim Assistant Concertmaster of the Louisville Orchestra. Upcoming solo appearances include concertos with the Bergen Philharmonic in New Jersey and Arlington Philharmonic in Massachusetts.

As a soloist, Caitlin has performed a diverse range of concerti from Bruch and Mendelssohn to Bernstein and Ligeti. She has appeared with the Auburn and Olympia Symphony Orchestras, Philharmonia Northwest, Pasadena Community Orchestra, Seattle Youth Symphony, Long Beach Chamber Orchestra, Young Musicians Foundation Debut Orchestra, and Music in the Mountains Festival Orchestra, and has presented recitals in both the United States and Europe. Caitlin has appeared on NPR’s From the Top as a recipient of the Jack Kent Cooke Young Artist Award, and has also been featured on KUOW and Classical KING FM in Seattle, Washington.

An enthusiastic advocate for contemporary music, Caitlin has collaborated with and premiered the works of composers including Stephen Cohn, Juan Colomer, Deirdre Gribbin, and Mark Vance. She has appeared in Juilliard’s FOCUS! Festival and Beyond the Machine, Tanglewood’s Festival of Contemporary Music, and is a frequent performer with wildUp, an acclaimed modern music collective in Los Angeles. As an Irish fiddler, she has performed extensively with Magical Strings, a Celtic ensemble based in the Pacific Northwest.

An avid chamber musician, Caitlin appeared in concert with Camerata Pacifica and the Colburn Chamber Music Society, and has collaborated with renowned artists including Paul Coletti, David Halen, Daniel Hope, and Menahem Pressler. Also a passionate orchestral player, Caitlin served as concertmaster of the Colburn Orchestra and Young Musicians Foundation Debut Orchestra for several years, appearing in performances throughout Southern California and in a nationally broadcast concert in Sofia, Bulgaria. She previously held a position with the New West Symphony in Los Angeles, and has performed with prominent conductors in venues such as Disney Concert Hall in Los Angeles and Carnegie Hall in New York.

Caitlin’s summer festival appearances include the Schlern International Music Festival, ENCORE School for Strings, the Innsbrook Institute’s Emerging Artist program, and the International Holland Music Sessions. She has also spent seven summers at the Aspen Music Festival & School as a scholarship and fellowship recipient, and performed as a fellow at the Tanglewood Music Center.

In addition to performing, Caitlin is deeply committed to education and community outreach. When living in Los Angeles she founded and directed an outreach concert series, while also serving as a mentor for the Youth Orchestra of Los Angeles and the Colburn Teaching Fellowship Program, both of which provide private instrumental instruction for low-income students. As a recipient of Juilliard’s Gluck Community Service Fellowship, Caitlin was involved in regular outreach performances throughout the greater New York area.

A native of Seattle, Washington, Caitlin received a Bachelor of Music degree and Professional Studies Certificate from the Colburn School in Los Angeles as a student of Robert Lipsett. Caitlin recently graduated with a Master of Music degree from the Juilliard School in New York, where her teachers included David Chan, Sylvia Rosenberg, and Naoko Tanaka.