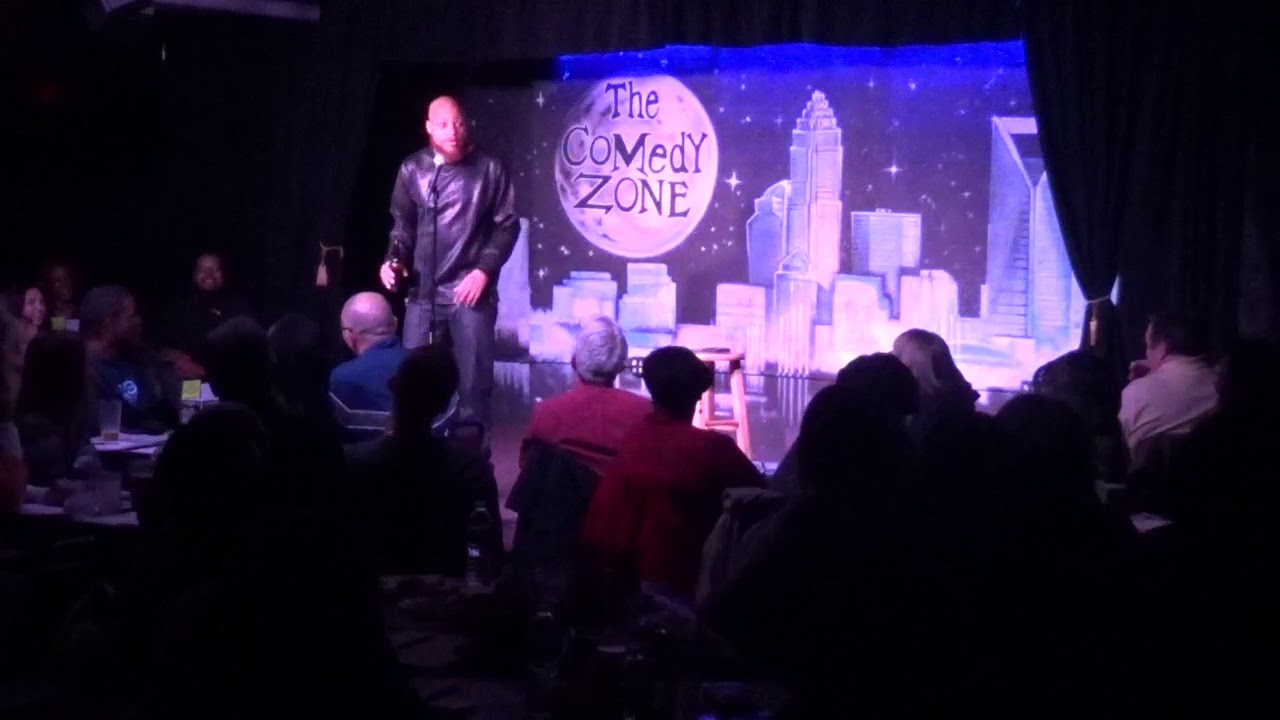 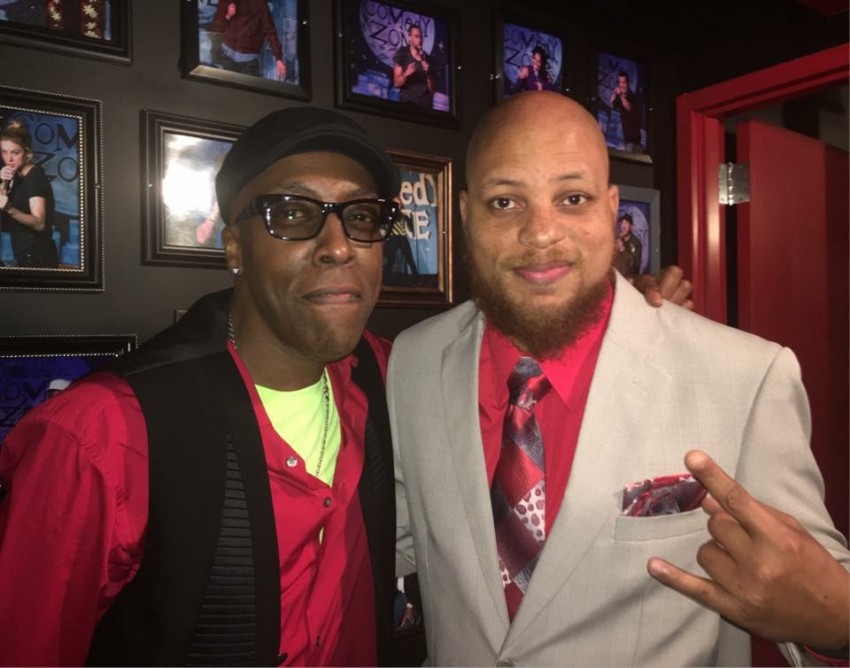 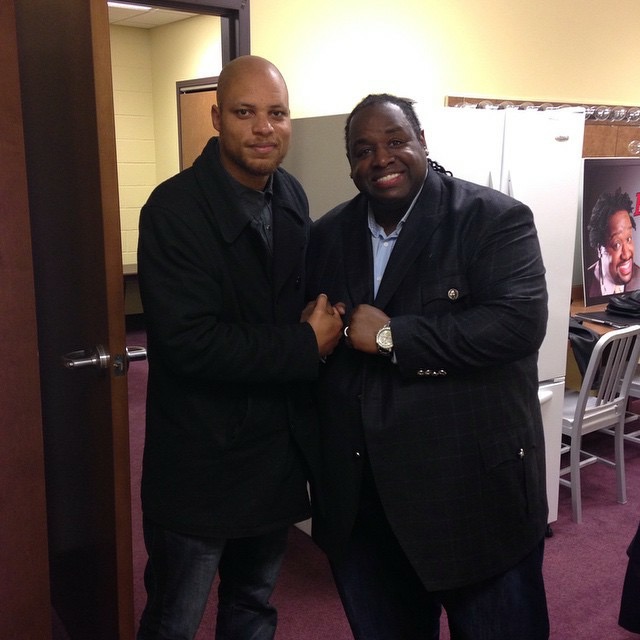 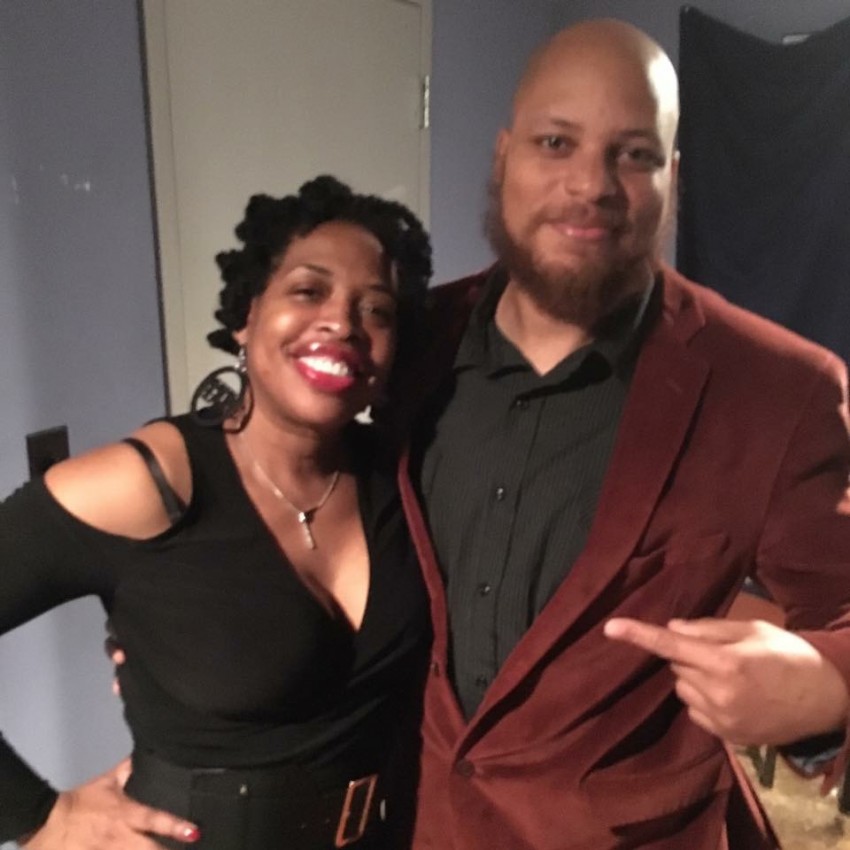 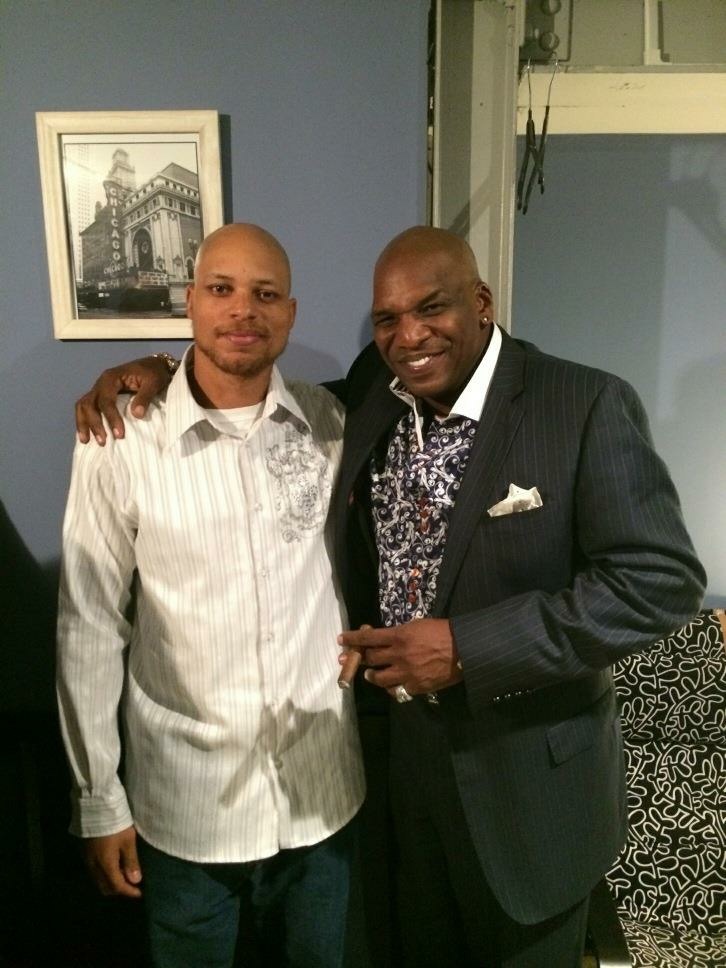 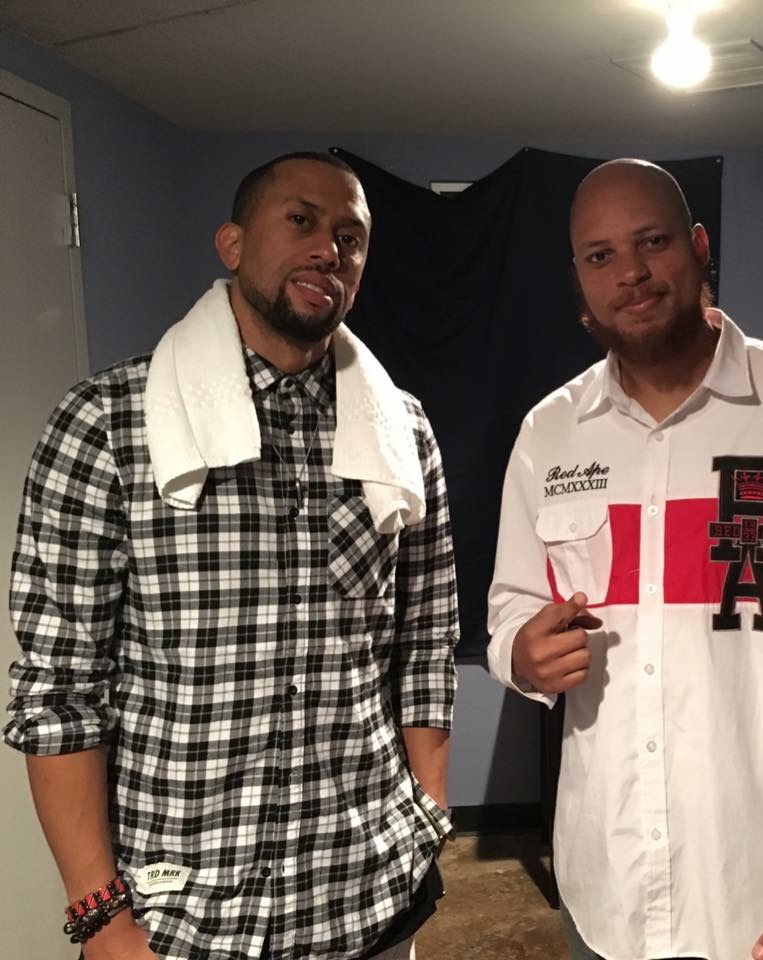 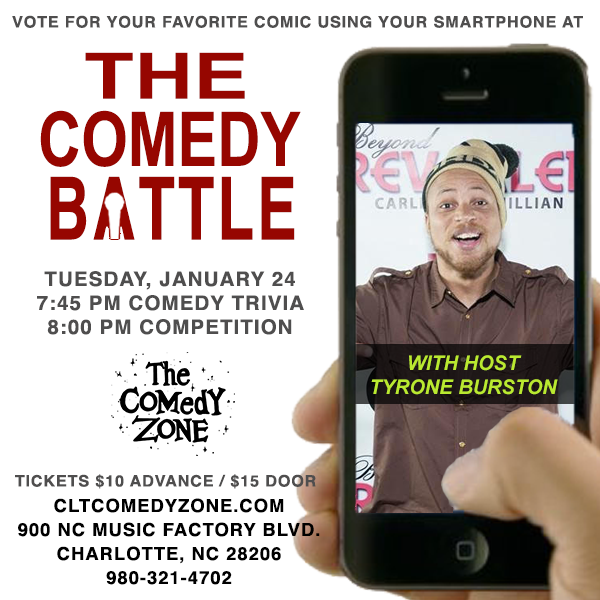 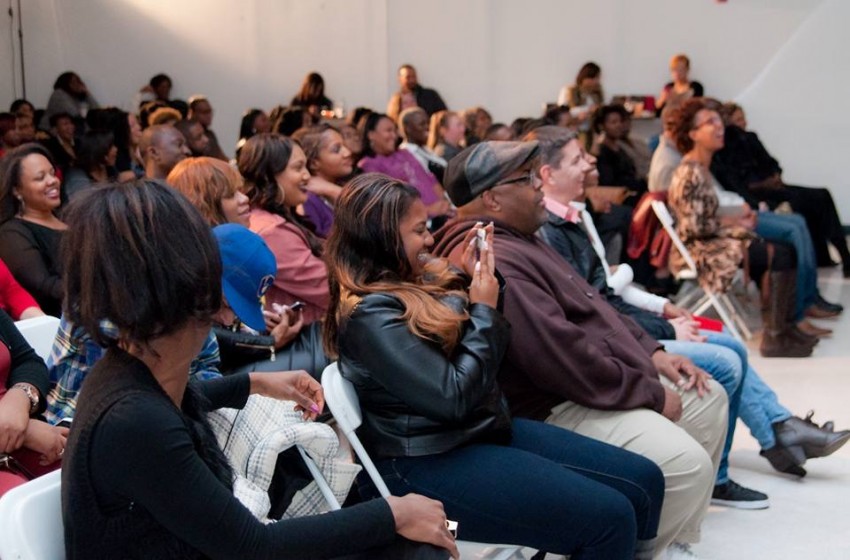 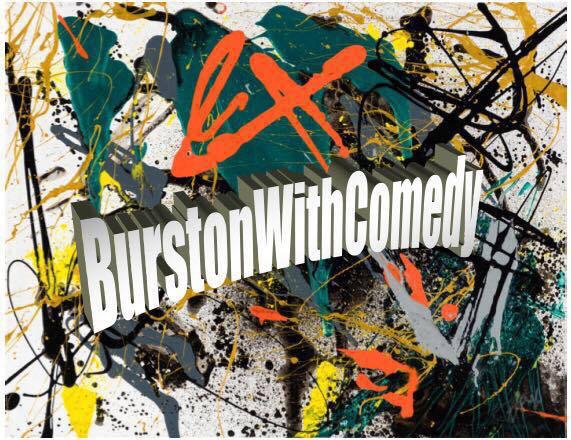 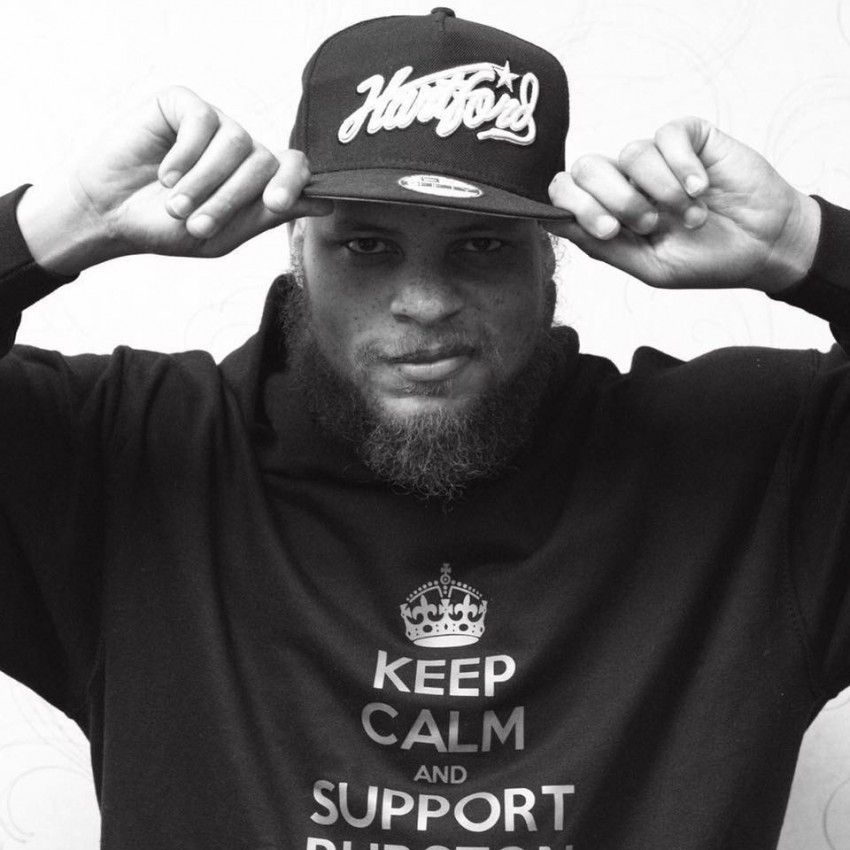 Tyrone’s inspiration came about six years ago, before he’d started doing comedy. At that time, his brother-in law and his best friend had passed away, just one week apart from each other. Their passings inspired Tyrone to live the rest of his life using his God-given talents. One of Tyrone’s talents is the ability to entertain, so he chose to pursue comedy. Tyrone hopped on stage for the first time five months after their deaths.

Expect to experience the feeling of watching greatness in the making. You’ll get the feeling of, “I can clearly see this guy having his own special on HBO/Netflix one day!” Overall, you’ll enjoy it, and of course, have a couple good laughs as well.

We booked Tyrone Burston through gig salad a few week ago for a family dinner. He was very professional. It was an open fast line of communication between us. He arrived on time and ready to perform. He was hilarious. The crowd loved him. Burston with Comedy is highly recommended and we will definitely book him again.
Monique - Concord, NC

Your family is absolutely wonderful!!! Great hospitality, and I truly enjoyed myself! Thank you for the opportunity!

One of The Best In The Game

I have watch this dude on many occasions even performed at my 45th Birthday Bash.
If you looking for a Great belly gut wrenching laugh Tyrone is the Comedian for you..
Promise

Tina!!!!! Thank you so much!!! I had an absolute blast at your Birthday Party! All of your events and any event you're a part of is an absolute guarantee to be a great and fun time!

Tyrone did an outstanding job!!

Tyrone was great! This was the first time we had a comedian at our family banquet and everyone enjoyed it. The group included all age groups and he made sure to keep the comedy clean and gave the children encouragement. I would definitely recommend him and use him again!! Thank you again, Tyrone for entertaining my family!!

Tenia you're more than welcome. You have a beautiful family and I was honored and humbled to be with you all and provide some comedy entertainment as well. See you soon! Stay Blessed!

He was awesome. Everyone truly enjoyed him.

Tammy I can't thank you enough for allowing me to be the entertainment for your Church Fundraiser. One of the most incredible things happened to me for the 1st time ever during my comedy career right after I finished performing. I recieved my 1st standing ovation!!! Thanks again, and may God continue to bless you and your Church Family.

BurstonWithComedy was funny, friendly, and professional. We enjoyed his performance very much!

Thank you Mrs. Streater for having me. Being around your friends, family, and colleagues really felt like family. I thoroughly enjoyed myself. I'm glad everyone enjoyed the performance. Congratulations again on your retirement and your 32 years of service in the school system.

Funny. Professional . Talented. The show that BurstonWithComedy performed was hillarious. The audience was engaged the entire show (huge plus for an event coordinator like myself)! Everyone is still talking and laughing about it. After the show he hung around took pictures and talked with his new fans. I will definitely be using BurstonWithComedy for future events.

Thank you Marvette! Me and my comedy family had a wonderful time performing at your establishment, and we are all very excited to do it again this Saturday!!!

Tyrone Burston had my crowd laughing from the time he took the stage. He had great material and kept the energy level up and had everyone laughing. He was very professional, on time, and talked with customers after the show. I highly recommend Tyrone.

Thank you Ben! You run a very professional comedy club and I'm always grateful to perform on your stage.

Tyrone kept the crowd entertained like I've never seen before. His energy and stage presence owned the room. We will definitely be calling on him again!

Thanks Joel! Always a privledge to host the Graduation Showcase. So grateful for everything that you've taught me and your continued advice.

I've used Tyrone Burston to anchor and host many of events. He's professional, eager, and has a great attitude. Most importantly he delights my crowds and is an audience favorite. It's a no-brainer and I'm thankful whenever he hits my stage.

Debbie thank you so much! You are a very important person in my career, I wouldn't be half as good if it weren't for you and the many opportunities you have given me thus far.

I have booked Tyrone for three different showcases. I feel very comfortable because he always does well with any crowd. He's creative and a nice guy who works hard.

Thanks Chris! With the amount of comedians you've been around, performing alongside as well as booking them, that is a huge compliment! Thanks for always providing us an outlet to work outside of Charlotte!

Hungry Up & Coming Comic with great energy and enthusiasm for the craft! Great opener or middle man (right now) but on his way to headliner status. Great following and support for what he's doing with his comedy career ......

Mr Cee!!! Thank you so much for allowing me and other up and coming comedians perform on one of the biggest stages in comedy, ComicVille!

Audience members have deemed him as very entertaining, a natural, and very funny. Has been told by one of his Booker's “great energy” and knows how to get a crowd going.” Was told by a headliner, “You did an amazing job tonight, you are well on your way.”

At 31 years old Tyrone Burston decided to do standup comedy in 2013. Born and raised in Hartford CT. He’s been living in Charlotte NC for the past 9 years. Tyrone enrolled in the Charlotte Comedy Zone School on July 29th 2013 and Graduated on September 23rd 2013. Tyrone is widely considered one of the up and coming stars in stand up comedy.
Since graduating Tyrone has hosted, featured and headlined numerous shows. On December 8th 2013 He auditioned for Don DC Curry’s reality TV show in Charlotte NC. Don DC Curry told Tyrone after the audition that he really liked his demeanor and that he would be in touch. In 2014 he opened up for Comedian Bruce Bruce, and in 2015 he performed at the Queen City Awards, also opened for Comedian Michael Blackson, has been on shows with Capone Lee, Affion Crocket, and in 2016 opened up for The Queen Of Comedy Adele Givens, Joe Torry and Arsenio Hall. This rising star was awarded Queen City’s Comedian Of The Year in 2016 for his standup comedic efforts for 2015. He is also apart of a local improv group called "Chat & Chew With a View" where he performs improv as well as stand-up comedy. Tyrone is also an actor starring in a short film entitled "Call Sinner" and he also can be seen in another short film comedy entitled “Slanging Birds”
Tyrone’s unique outlook on his life regarding his high yellow skin complexion, his family, and life experiences combined with a hilarious, passionate delivery leave crowds hysterically laughing. Audience members have deemed him as very entertaining, a natural, and very funny. Has been told by one of his Booker's “great energy” and knows how to get a crowd going.” Was told by a headliner, “You did an amazing job tonight, you are well on your way.” 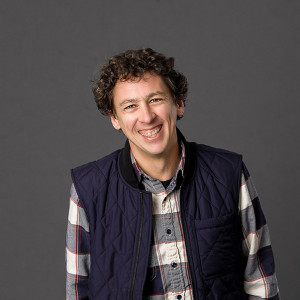 Tara Brown performs clean and family-friendly comedy across the country. She has been featured on WBTV-TV, WJZY-TV, WBT Radio, The Lancaster News, Carolina Gateway,… 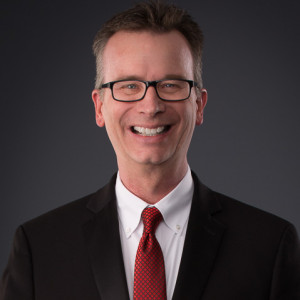