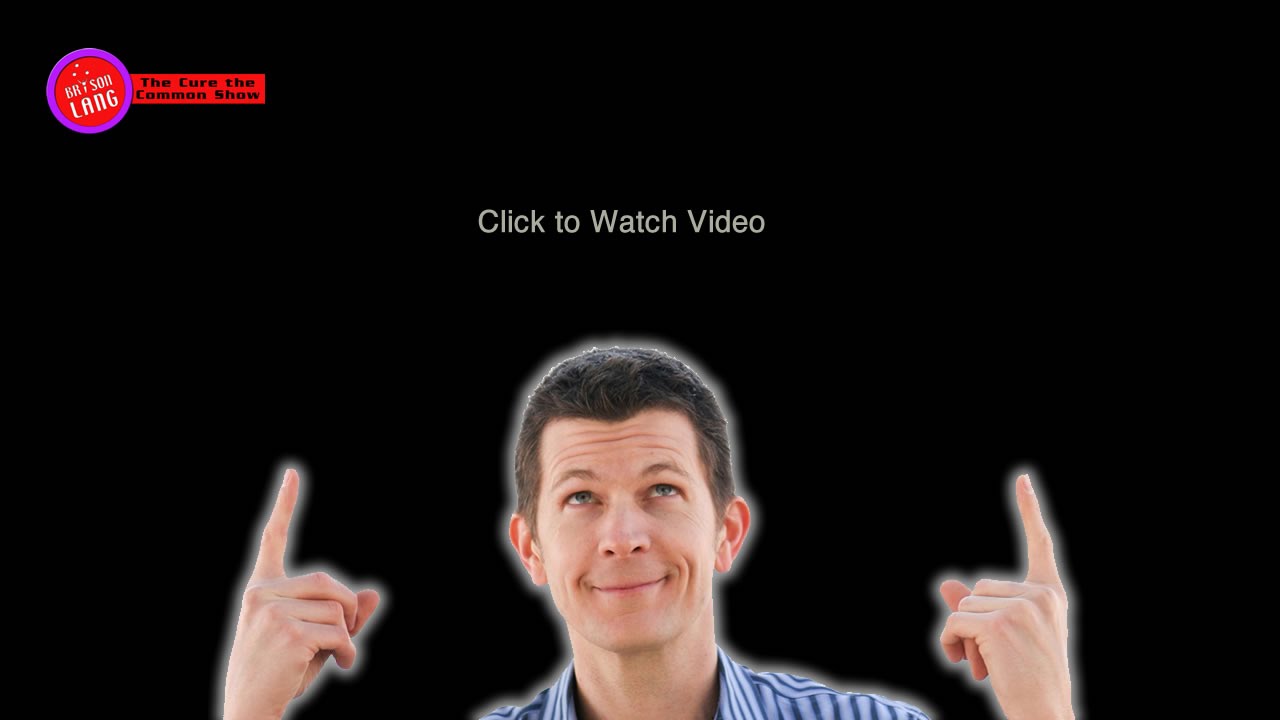 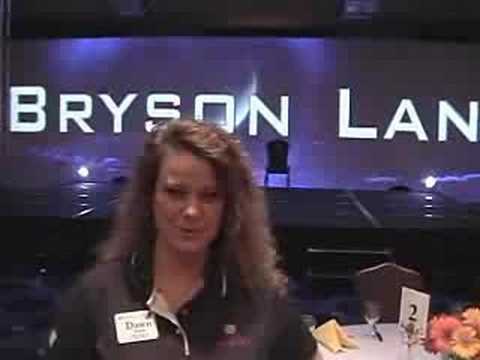 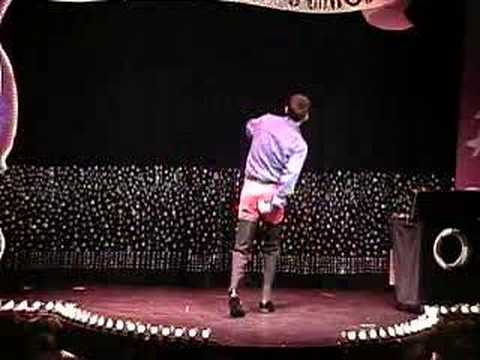 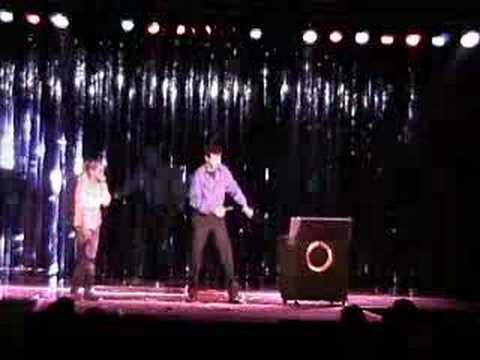 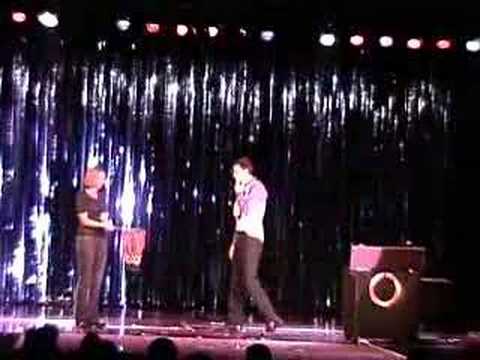 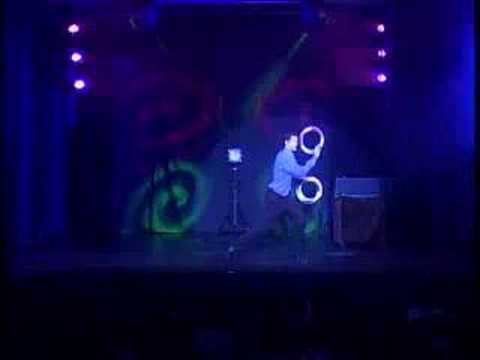 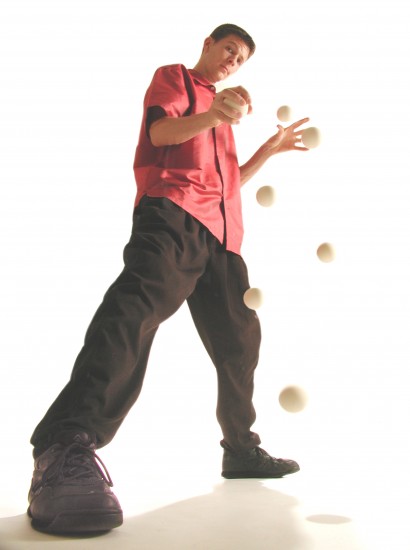 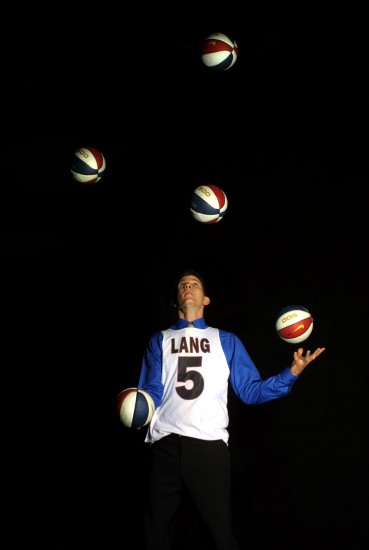 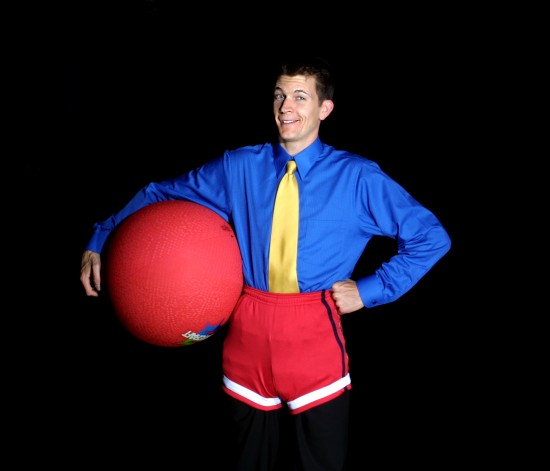 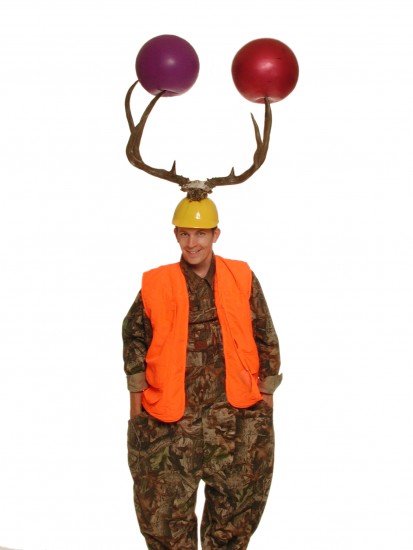 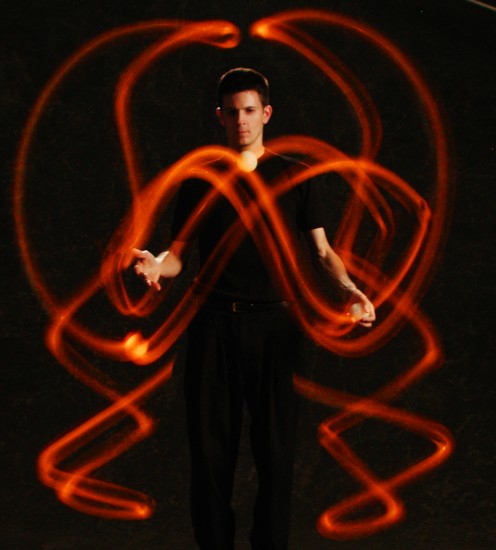 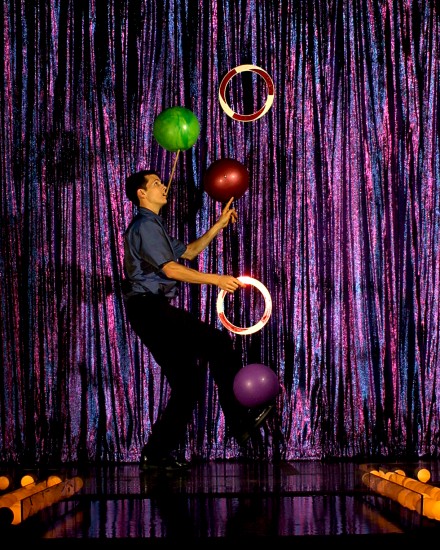 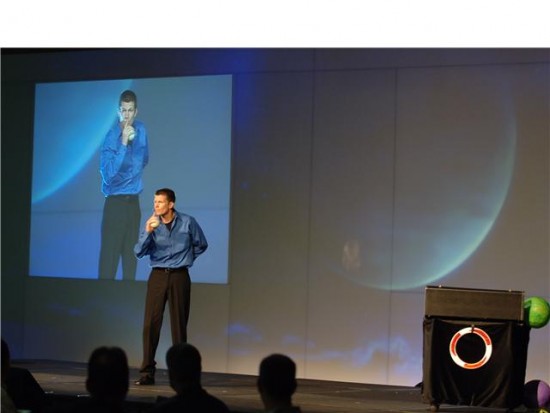 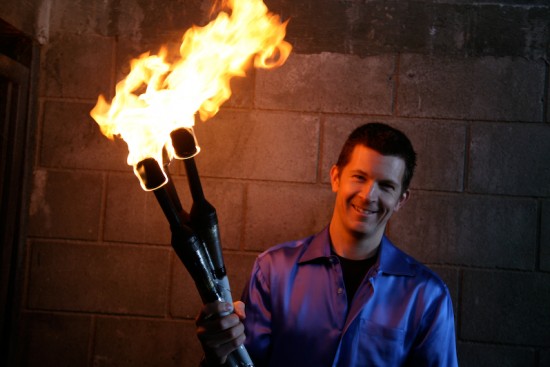 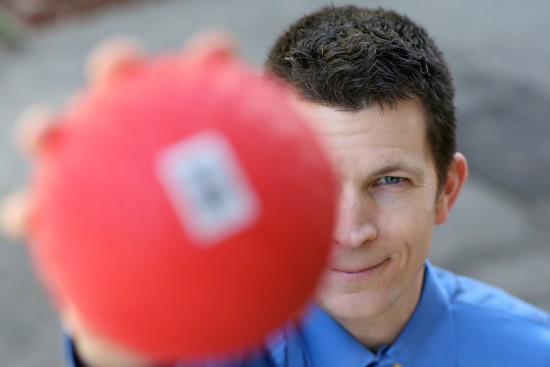 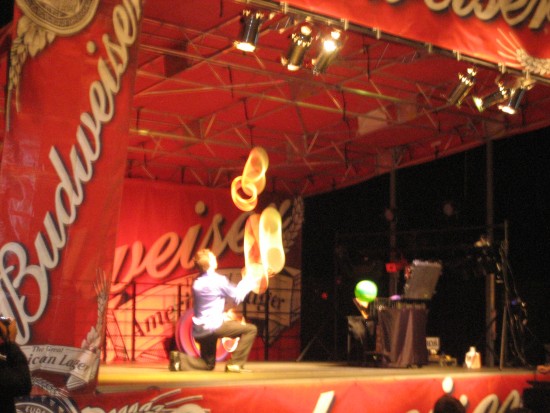 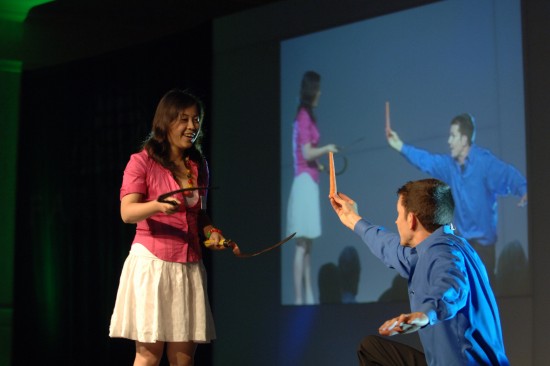 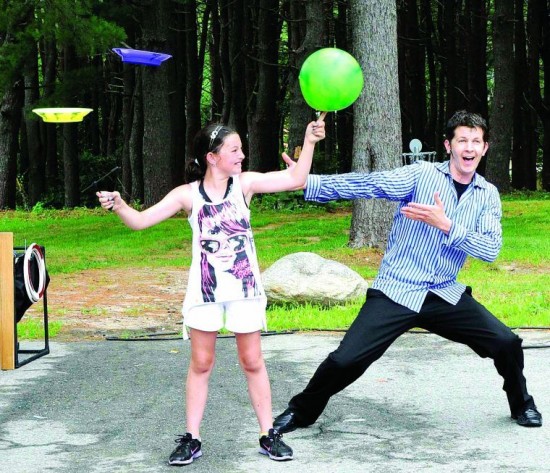 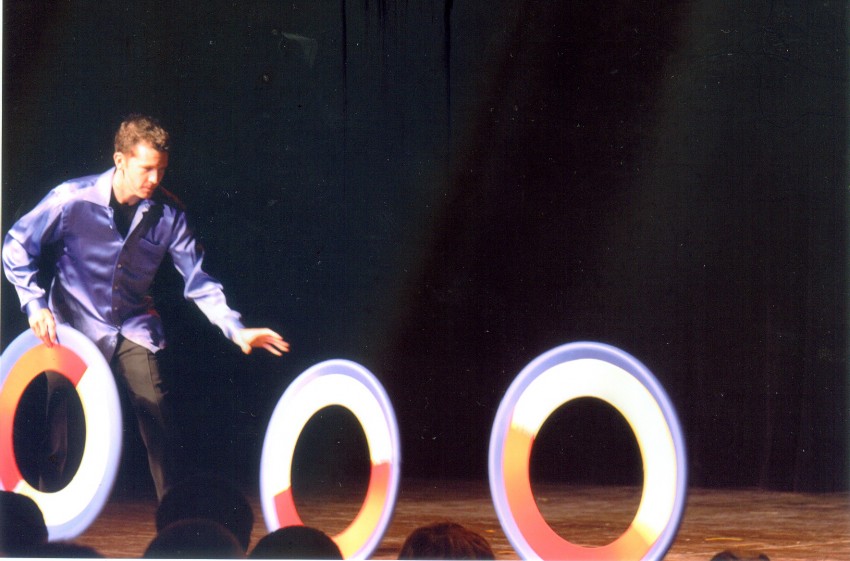 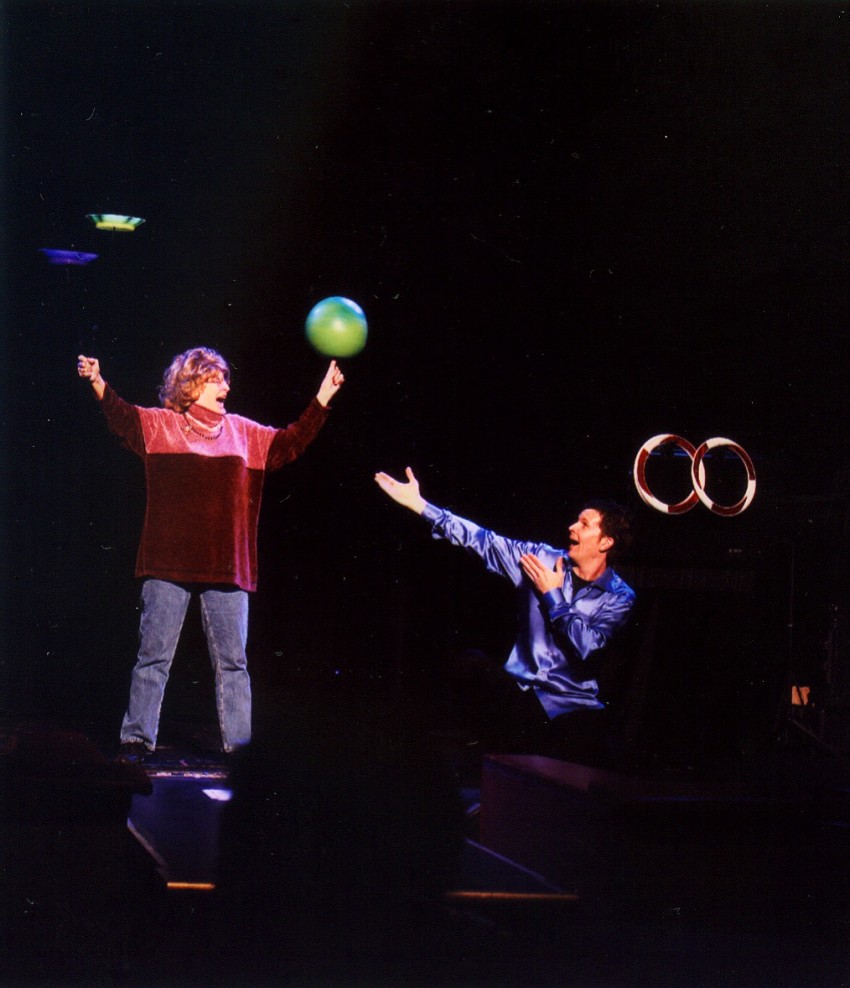 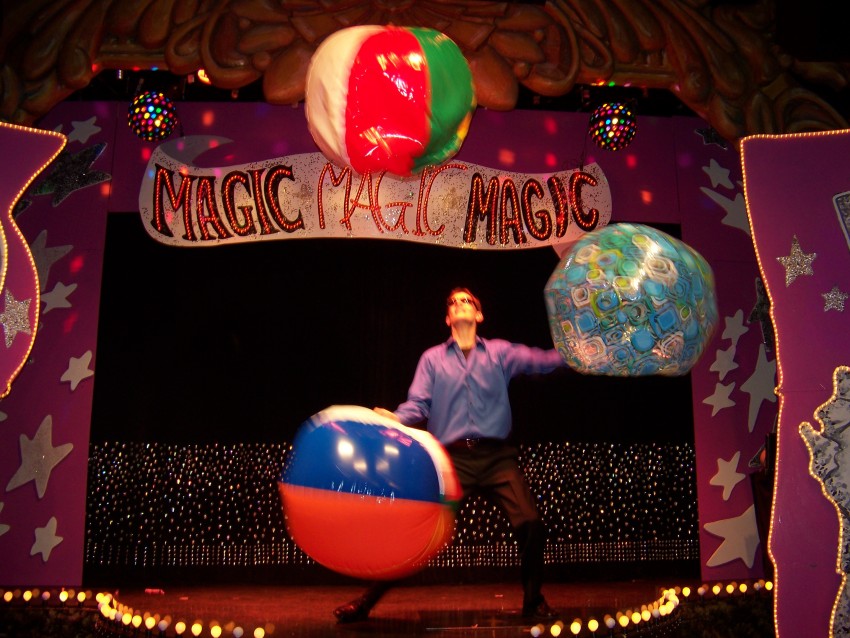 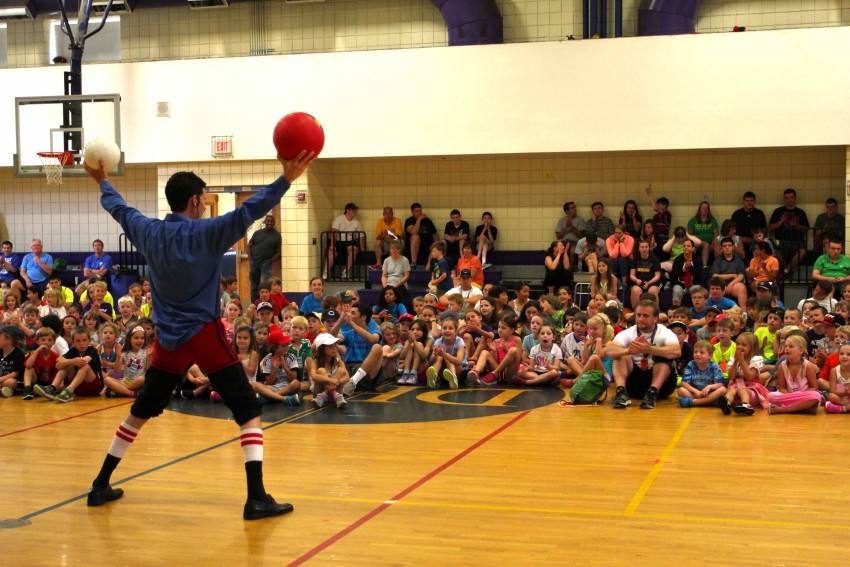 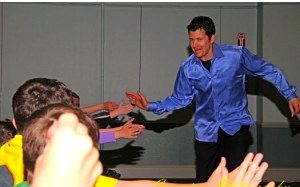 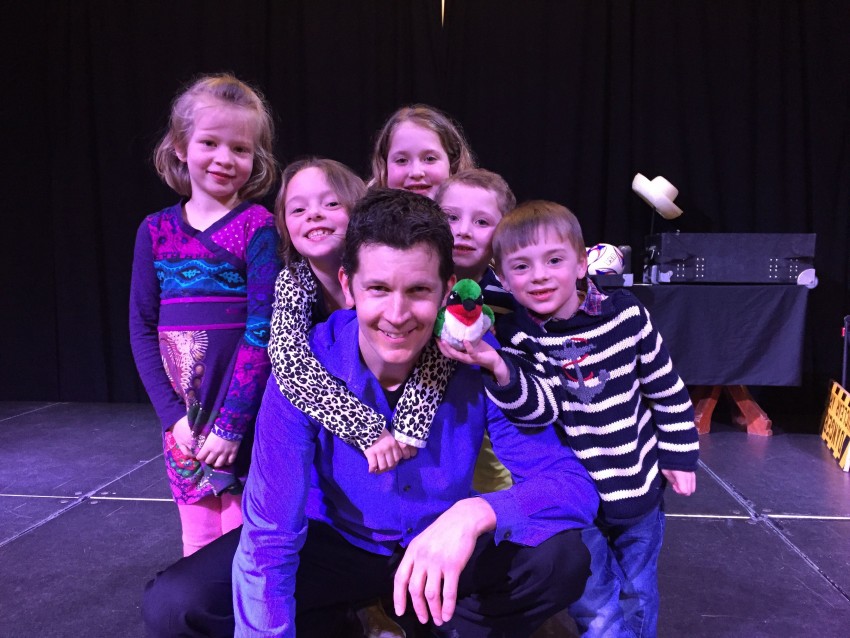 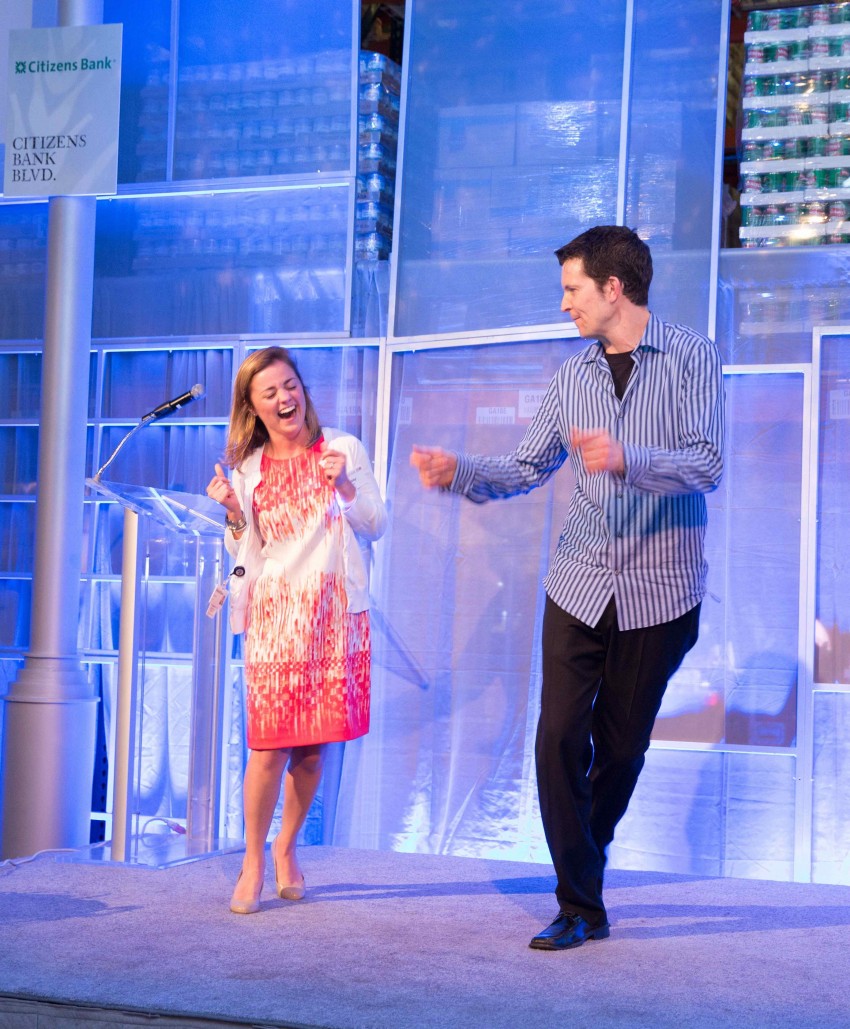 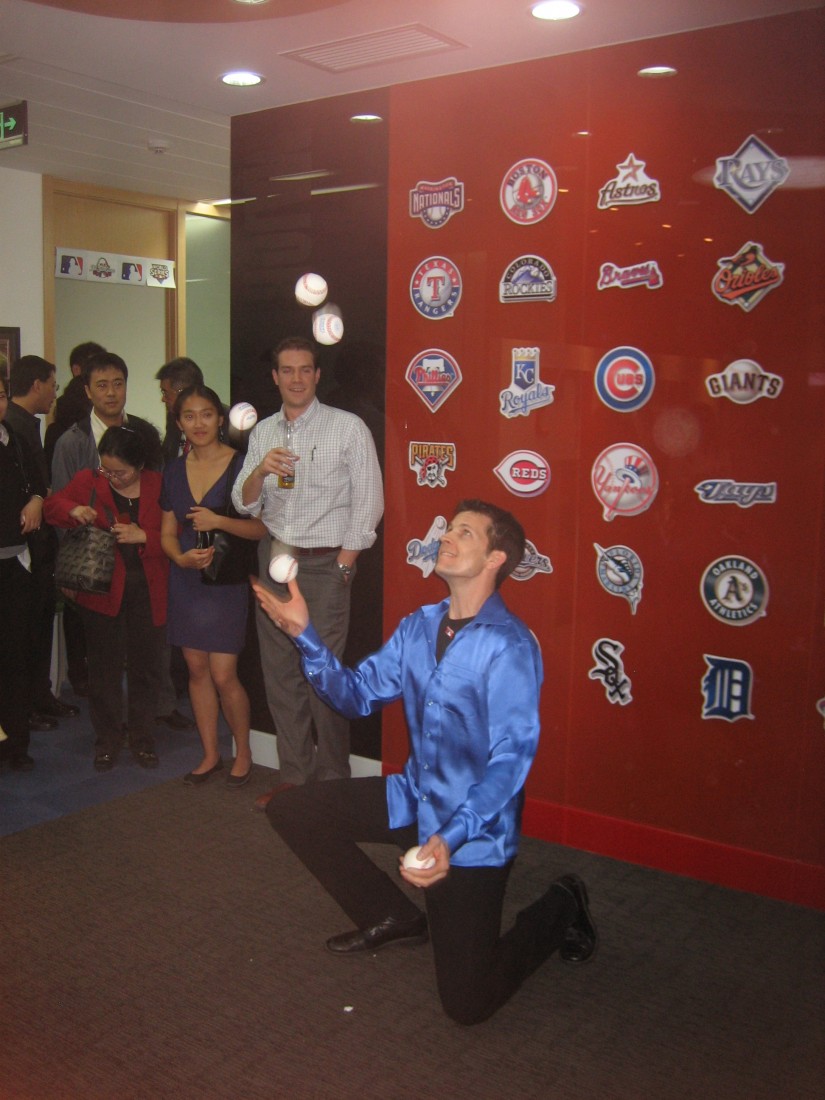 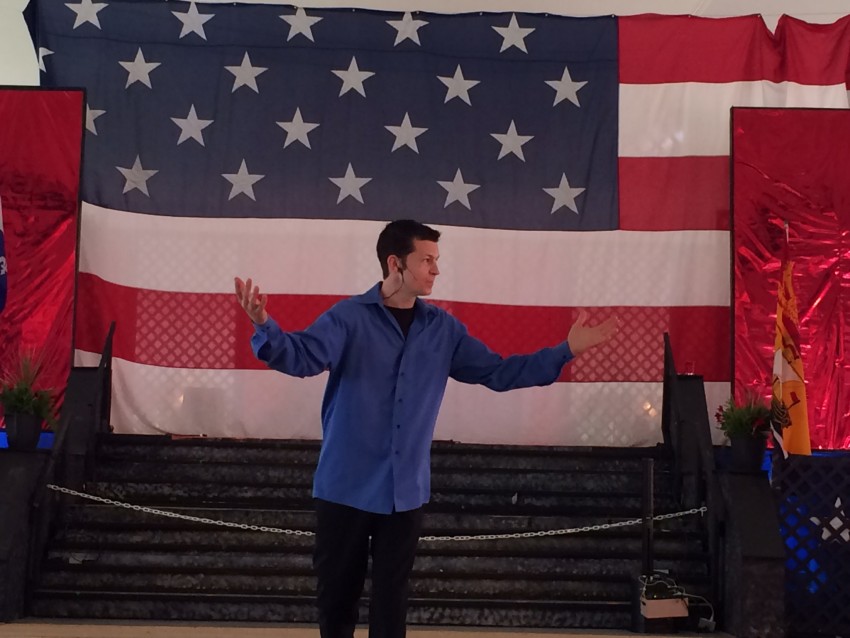 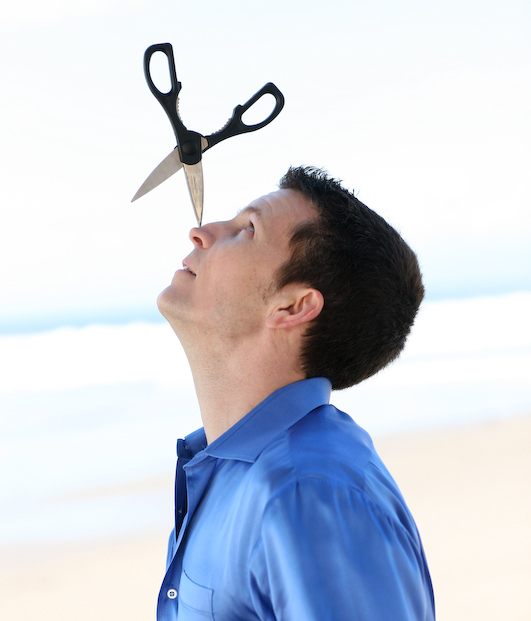 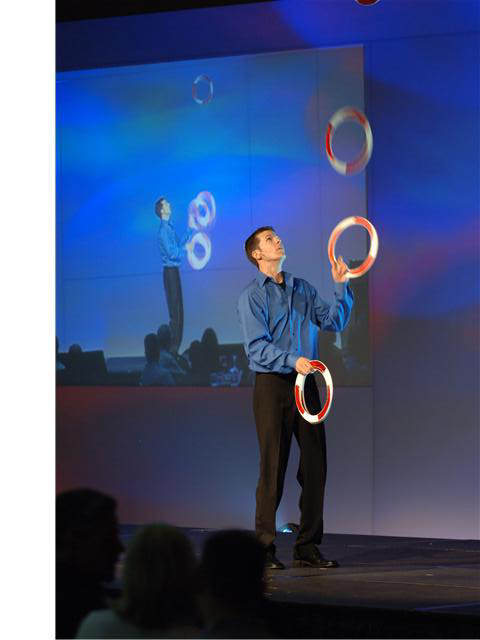 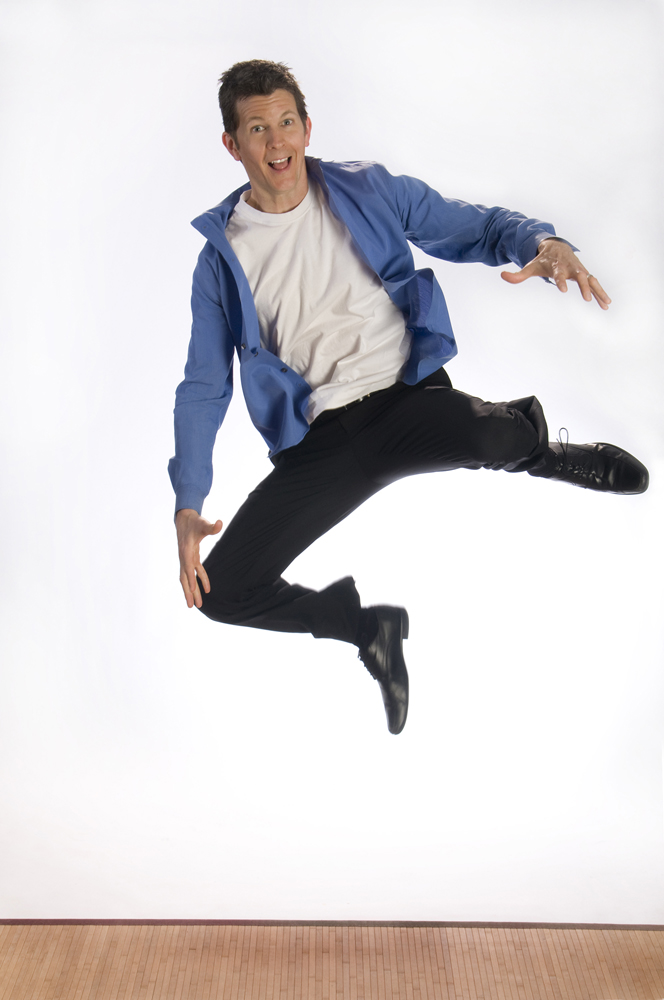 I have a Comedy-Juggling act that I do in Casino shows, on Cruise ships, at Corporate Events and in Clubs. I have a unique, original, family-oriented show that includes performing to music, audience volunteers, and comedy throughout. My show can adapt well to any size theater and venue as well as International audiences.

Bryson was a great addition to our Back to School Family Fun Night. He entertained students and adults with energy, enthusiasm, and humor. I would highly recommend Bryson. He is a crowd-pleaser and will not disappoint.

Bryson performed at our recent family night event. He held the audience captive for almost an entire hour, which is quite an accomplishment when it is made up primarily of children under the age of 12. He did a fabulous job engaging the audience and put on an excellent performance. In spite of the wind, he was able to perform many impressive balancing and fire juggling acts. I highly recommend Bryson and would hire him back again for another event in the future.

If you are planning an event for families, children, schools or the larger community, don't hesitate to book Bryson Lang! His juggling/comedy show was a huge hit at our school, with two separate showings for younger and older students. He engages with the audience extremely well and draws them in with his routine and dialogue. He was extremely punctual, professional and friendly. His response time for questions was immediate! He was detail-oriented, organized, prepared, accomodating and easy to work with. We were so impressed we plan to use Bryson for future events and I encourage you to do the same! We could not have been happier! Worth every penny!

We postponed the show due to Covid...hopefully it will be safe in the spring.

Bryson ws very professional, on time and entertaining. Exactly what we were looking for. I'd highly recommend Bryson. Great for an all adult event (as we had) and appropriate for a child's event. Thank You, Bryson! We especially loved the audience participation.

Bryson was easy to work with from start to finish. Very professional. Arrived on time and communicative prior to the event. Great, clean content to add some fun to a corporate event.

Bryson was prompt, organized, professional, hilarious, appropriate, super talented, patient and all around one of the best entertainers our after school program has ever had! I highly recommend Bryson to any event! We will definitely be booking him again for our students! Just to add ... Bryson took an extra 20 min out of his time to sign “autographs” (per requests of the children) for each child! Thanks again, Bryson! Can’t wait to have you back!

Bryson was very funny and quite talented. A must see !

Bryson Lang was wonderful! The audience loved him. He was able to engage all age groups, from the very young to the old. He was the whole package: great juggling skills, funny and very entertaining. Very professional as well. Would highly recommend Bryson for any event!

We are a non-profit organization for the New England chapter. In our annual cultural event we hired Bryson for his awesome talent and simply based on the reviews and the communication we had with him prior to booking him.
He is very professional in his work. We had amazing time with him at the event. He arrived on time and had everything very organized and took little time to set up.
Kids especially enjoyed so much as he was not only performing juggling act but was mixing comedy and magic in between too.
I highly recommend Bryson for his talent and professionalism.

Bryson was the perfect entertainer for our parish harvest festival! Comedy, juggling and audience participation! Highly recommended!! He arrived early to ensure no last-minute issues.

Bryson was perfect for our event and our group, a great fusion of humor and active participation. He was well-prepared and very professional, and there were many positive comments after his presentation. I would recommend him for any age group.

Bryson was very professional and really goes out of his way to make the best performance. He got to the event super early to set up and was very understanding of our type of crowd. He was extremely funny and friendly, it was clear how much people enjoy the act. We are extremely happy that he performed at our holiday party, it was definitely a performance to remember. Will definitely consider him for future events.

Bryson is more than just a great juggler. He is a marvelous entertainer, who fully engages his audience. Bryson performed at my investment club’s annual holiday dinner and his show was a huge success. People were really dazzled by his juggling, while thoroughly enjoying his humor. It’s a great act that I highly recommend for all ages (our group is mostly in their 50s and 60s).
Bryson is also a true professional. The communications and arrangements in advance of the event were very clear and straightforward He was very accommodating to our schedule, which was complicated by my desire for his entry be a surprise.
All in all, it was a pleasure working with Bryson from start to finish.

We had Bryson provide the entertainment at our elementary school Family Fun Night. He kept the kids engaged and the parents laughing. It was the perfect event for our group that included children from preschool to grade 6, as well as parents and grandparents. I would absolutely recommend him—he was professional from the moment we requested a quote to showing up 2 hours early to dealing with a curious wandering kindergartner checking out his gear prior to the show!

Bryson just performed for a Cub Scout Blue and Gold ceremony we had. He did a great job and kept everyone laughing. He mixed up his act with juggling, comedy and a touch of magic which kept it fun and entertaining.

Bryson Lang has entertained thousands with his unique Comedy - Juggling act.
A World traveler, Bryson has performed in Iceland, Bosnia, Norway, Japan, Germany, Canada, the U.K., and all across the U.S. Most recently Bryson has been featured in variety revue-shows including a year-long contract in Tahoe, five months in Laughlin, a run in Atlantic City and Beijing and two months at the Shinagawa Prince Hotel in Tokyo, Japan.
In Television Bryson’s performed twice on the,” Masters of Illusion" series, his act won first place on his first appearance on the "Extreme Gong Show", and his skills were seen on the Series, "Charmed" and the Sitcom, "That 70's Show".
In Film, Bryson has appeared in, "Austin Powers II" and "Batman and Robin", starred in the independent film, “The Boogeyman’s Birthday”, and has been a featured act at Corporate Events for Disney, Toyota, Marriott, Major league Baseball, and Farmer's Insurance, to name a few.
Bryson has been in several Commercials including, "Hollywood Video", and he has delighted audiences aboard Cruise Ships around the world for Royal Caribbean, Holland America and Celebrity Cruise Lines among others.
For a dazzling display of comedy, dexterity, personality and a touch of the bizarre, Bryson Lang is,
The Cure For The Common Show!!

I can bring my own sound system with me to simplify the process in smaller venues or locations if there isn't one available, and I like to get to each venue at least an hour early to set up my show and my mic and music. I only need access to power if I am bringing my sound equipment.

My set list for my act changes from show to show depending on the length of that particular show and the venue I am performing in.

“Thank you for your performance at the Hollywood Radio and TV Event. As always, you were a hit. I look forward to working with you in the future.”

“I had a wonderful time working with you. You are very talented as well as being very professional and an all around nice guy! I hope you fully enjoyed your stay here in Japan and I hope we can work again in the near future.”

"Bryson Lang is absolutely hilarious and his skills are impressive. Mezmerizing!"

"Bryson Truly lives up to his claim of being, 'The Cure For the Common Show.'!"

"Bryson's comedy-juggling act is one that jumps out and grabs an audience!"

"Bryson Lang is agile and fun and performs surprise after surprise!"

“Outstanding and Fast-paced mix of world-class juggling and comedy!"

"A master of the suspension of unlikely objects…Riotous!”