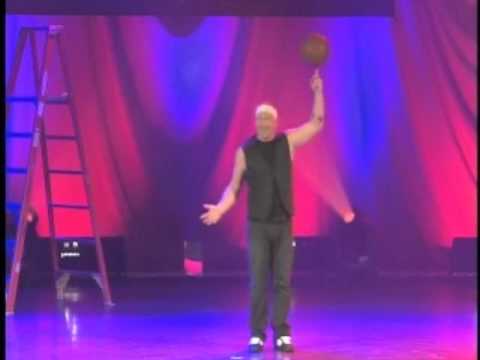 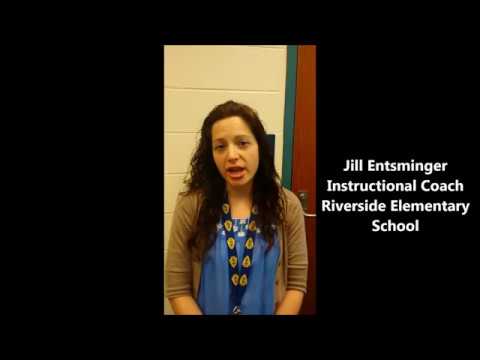 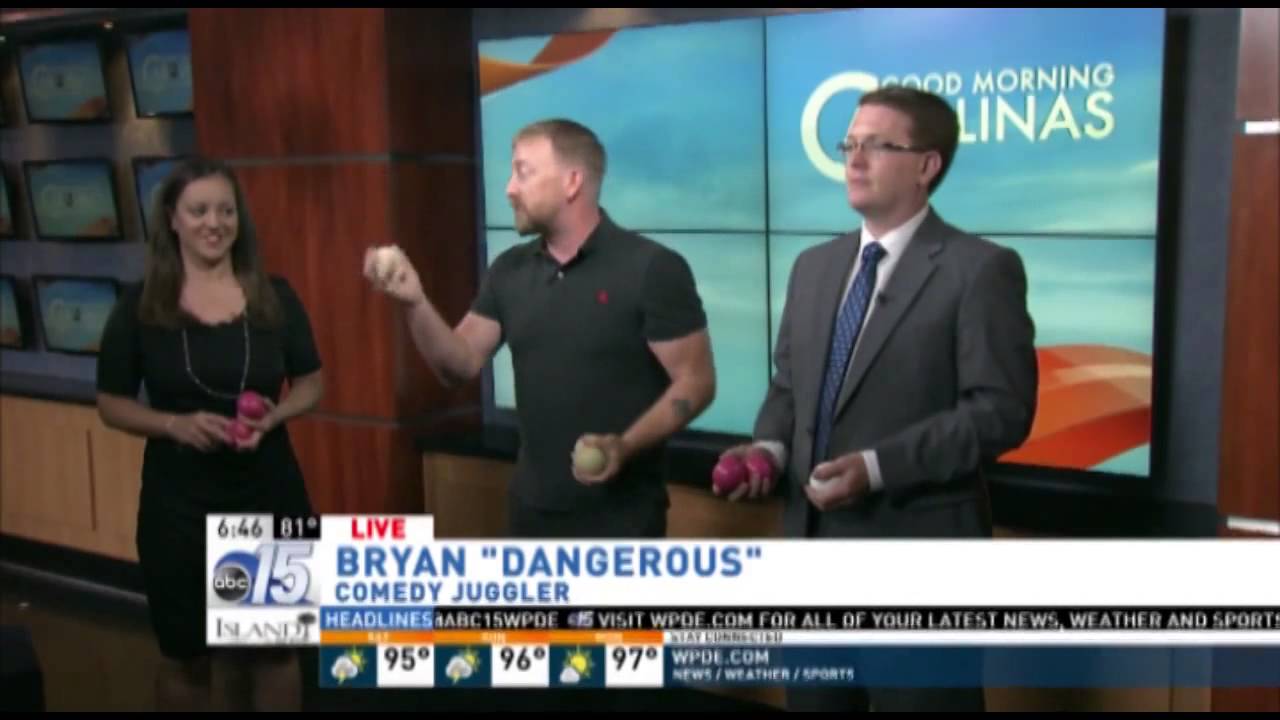 South Carolina Juggler On The News 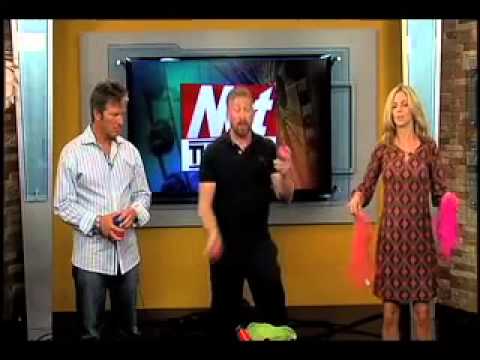 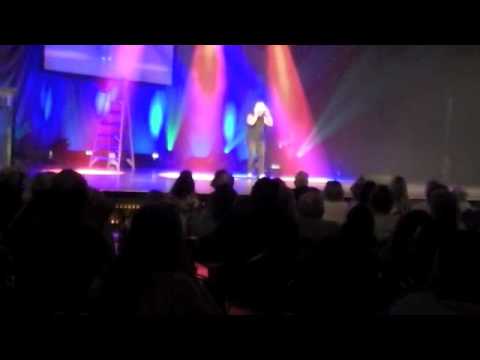 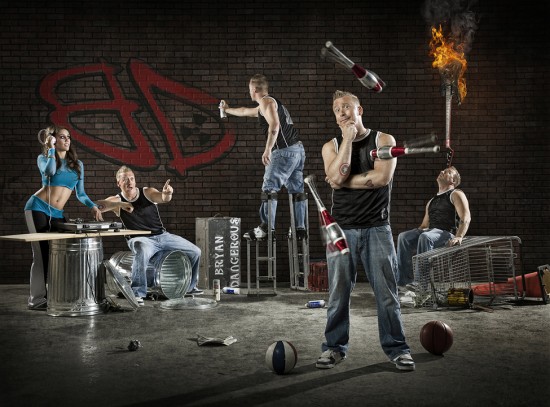 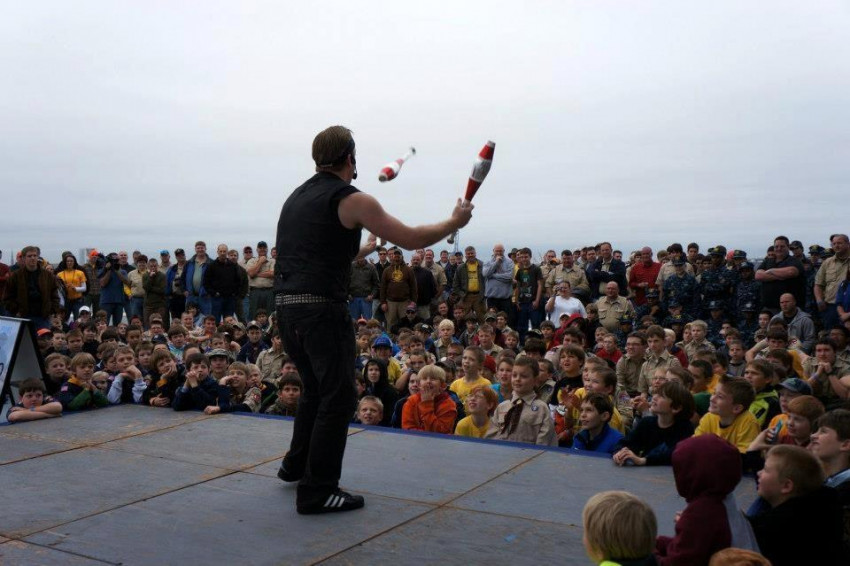 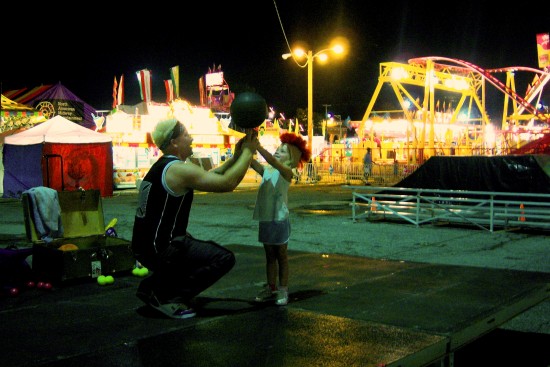 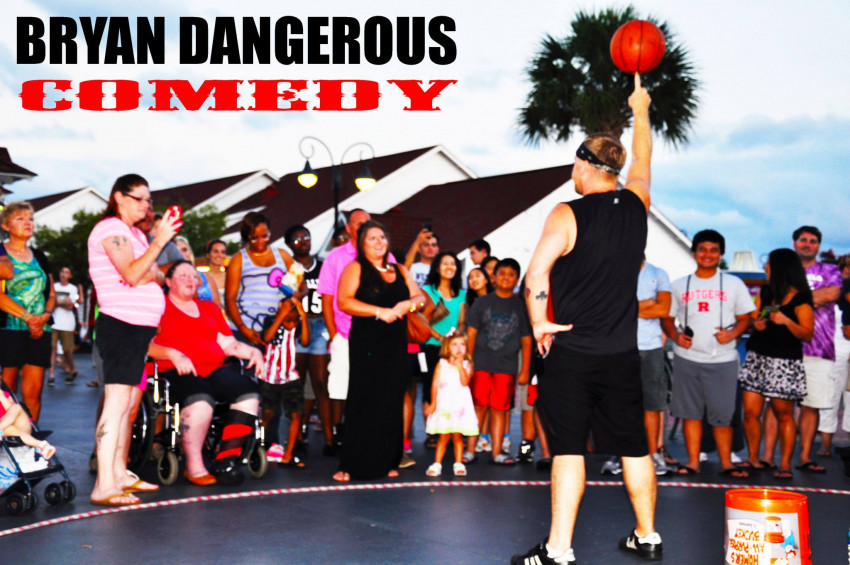 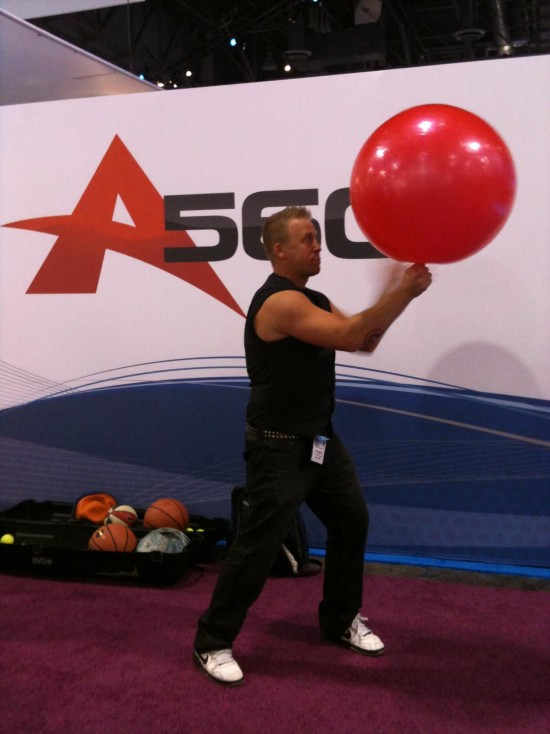 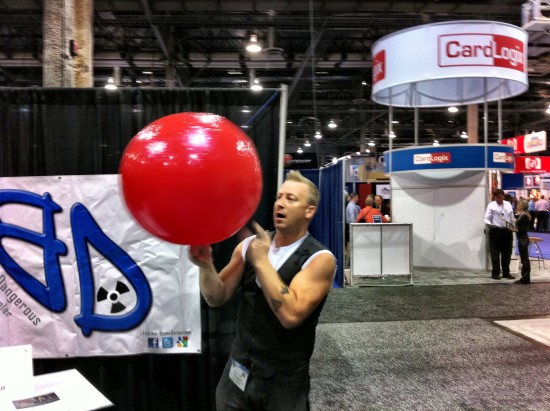 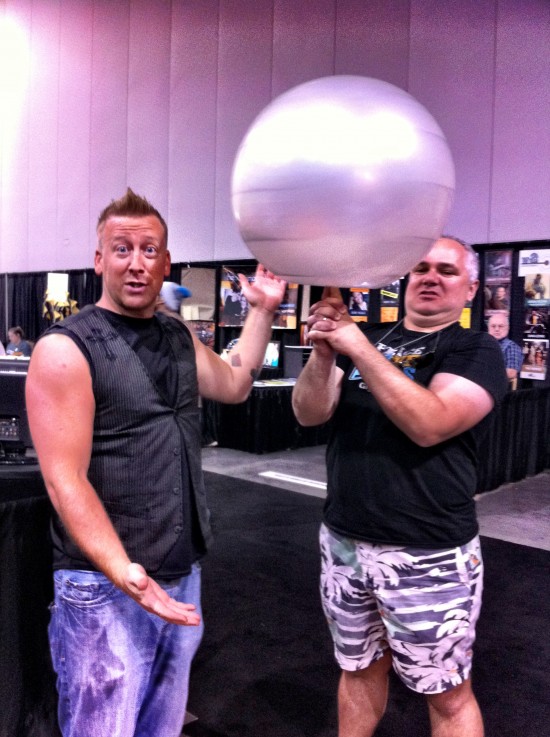 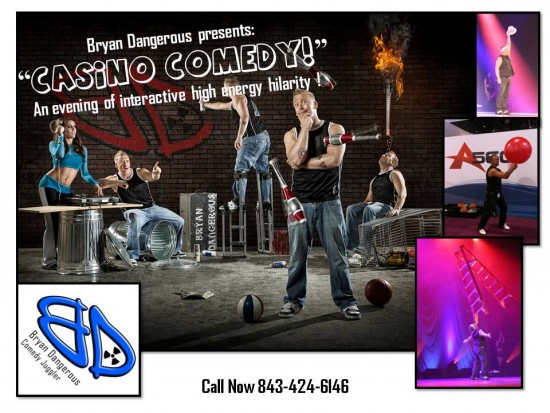 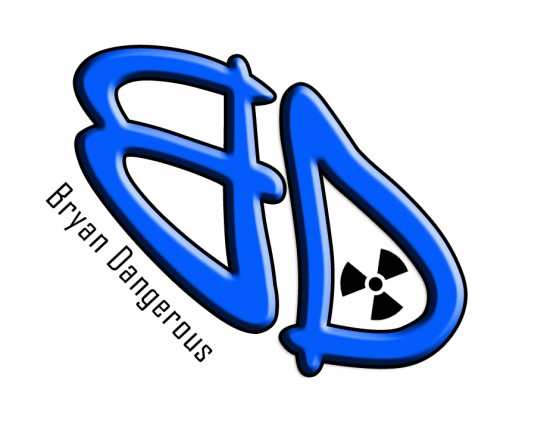 You want RETURN ON INVESTMENT!
Family friendly comedy juggler Bryan Dangerous makes sure you look great in front of your boss or fellow students, by using highly engaging and interactive material that is safe for all ages.

Watch as this entertainer effortlessly juggles and spins basketballs in a perfectly timed routine. Witness the powerful display of balance as a 10 foot A frame ladder floats magically on the chin of this comedy juggler.Hear the wonderful sound of your fellow attendees, colleagues, or classmates bursting with laughter at this hilarious comedy juggler 's routines. Listen to the ooh's and ahh's coming from your group as they enjoy the variety of circus skills on display!

I have watched Bryan's show for the past three years while on vacation in Myrtle Beach, SC and he never fails to entertain. A recommended "MUST SEE" if in the area!

Thanks Ronnie its awesome to have repeat watchers, you rock!

Bryan performed at our booth for a convention and he was brilliant. Brian was great at engaging the delegates, drawing them into our booth and helping us promote our business, as well as his own. He was both fun and effective! I would definitely hire Bryan again!

The booking process was a breeze with Bryan. He is a true professional and I would recommend him to anyone!

It was a blast and you guys were awesome too!

I saw him last week at myrtle beach. he was sooo funny. he gets everyone involved. my 5yr old daughter laughed soooo hard. loved his music choices too.

Even the kids got envolved

It's cool to see everyone getting envolved, even the kids aren't left out.
The juggling, balancing, fire, and of course the Audience participation
makes for a good time to be had by all.

Amazing Performer at Broadway at the Beach

I saw Bryan Dangerous in Myrtle Beach, he was spinning basketballs and balancing swords on his face! Then he finished with a hilarious routine involving 4 guys from the audience. It was so funny!!

I always have a blast at Broadway there are always great crowds.

Bryan was amazing! He generated tons of traffic for our client and was very professional. I will be calling on him in the future that's for sure!

Family friendly juggling comedian headliner, Bryan Dangerous makes sure you look great in front of your boss or fellow co-workers, by using highly engaging and interactive material that is safe for all ages in his comedy shows.

Watch this comedian headliner effortlessly juggle and spin basketballs in a perfectly timed routine. Witness the powerful display of balance as a 10 foot A frame ladder floats magically on the chin of this comedy juggler.

Hear the wonderful sound of your fellow attendees, colleagues, or classmates bursting with laughter at this hilarious juggling comedian 's routines. Listen to the ooh's and ahh's coming from your group as they enjoy the variety of circus skills on display during the comedy show.

Feel the benefits of being connected as a group when you book a comedian as everyone sits on the edge of their seats waiting for the next object to tossed through the air with the greatest of ease, in this extremely interactive juggling comedy headliner show. Everyone will remember the time one of the managers got pulled up on stage with this juggling comedian and "took one for the team"!

Watch this rising star in the corporate entertainment world, as he brings a freshness and high octane excitement to events all over the country! A graduate from Patapsco's Center for the Performing Arts, as well as the Ringling Bros. Circus's esteemed Clown College, he has been trained in improv & has developed a wide variety of circus skills that are used to deliver a show that will leave your guests crying with laughter! With appearances on MTV, Comedy Central, "The Tonight Show" with Jay Leno, and 100's of national, regional, and local news and radio shows he brings his unique brand of clean corporate comedy juggling, and high energy interactive routines to meetings, trade shows and special events everywhere. Bryan Dangerous has taken workshops from some of the best comedians around like Bill Irwin and Robert Sheilds. Performing thousands of live shows for millions of people with Ringling Bros. Circus has given him the skills necessary to entertain people from all walks of life.

The ability to think quickly on his feet due to a speaker not being ready or a sound system malfunction sets him apart from other entertainers. Whether you are building better brands in your trade show booth and need an awesome lead generator who will invite prospects to watch as he weaves your bullet points throughout his engaging display of comedy juggling, or you need a clean reliable emcee to keep the pace moving, make announcements, thank sponsors and entertain between speakers, maybe you just want a headlining entertainer that is going to make your guests, colleagues, and co-workers remember this years award ceremony or after dinner show forever because they saw one of their managers get pulled up on stage and "take one for the team", you can trust that Bryan Dangerous will enhance your experience through the use of family friendly comedy juggling that will be customized and personalized for each event, and make you look like a ROCKSTAR for booking him!

-High Energy Clean Comedy Juggling With A Dangerous Twist!-
Bryan Dangerous comedy juggling show opens up with high energy music that gets the crowd pumped up and ready to laugh. Bryan makes objects like basketballs, hats, swords and guitars take on a life of their own as he whips them through the air, spins them, and balances them on his face. Then the interactive part of the show takes over as the volunteers pulled from the audience of your guests, colleagues, and co-workers help perform various gags and acts throughout the show. Whether it's a little kid learning to spin a ball on his finger at a Youth Conference, or a group of grown business men dancing to YMCA then being magically balanced on top of each other at an Awards Ceremony, your crowd is always going to remember the time they watched Bryan Dangerous.

f. One wireless, lavaliere microphone; preferably a Vega, Samson, Sony, Sennheiser,
Shure, Countryman, or one of comparable quality.
g. One 1/4" DI (Direct Input Box) available at front-center stage along with a single
outlet AC power source. An adequate sound system for speaking and for music,
separate from one which may be built into the room will provide the best results. No
stage monitors are necessary, but will be used if available.
h. A technician able to set levels and monitor microphones throughout the show.
i. A stage at least one foot in height, ten feet in depth, and sixteen feet in width. This
is a minimum requirement for rooms which do not already have a stage built in and
one must be set up. The ideal stage for a ballroom, theater, hall, etc. is a standard
theatrical proscenium stage. Minimum ceiling height is 15’ above stage platform,
but if more is available, it will be used! Please do not separate the stage and audience
with a space greater than 10’.
j. Sufficient stage lighting and when practical, One spotlight with operator.
k. Three bottles of spring water.
l. One 6’ X 3’ rectangular table.
m. One 6’or 8’ A frame aluminum ladder.
n. Pre show music of Bryan Dangerous’ choice to be played 5 minutes immediately
before he is to perform (to set a happy mood prior to performance)
o. If needed, capacity for up to 3 guests to attend entertainment portion of event
only.
ITEMS F - M SHOULD BE PRESENT AT THE REHEARSAL/SOUND
CHECK

Sets consist of 8-10 5 minute acts that can be customized to weave in and out of a ceremony or presentation as an emcee or can be customized with your company's inside jokes and tasteful ribbing of competitors in a stand alone show.

Christine P. said “Michele was great her jokes were relevant and funny.” 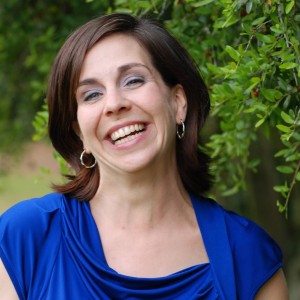 Chelsea A. said “Brooklin started our conference and got the group moving, laughing, and communicating with one another. It was definitely a great way to start our conference!”

Merritt K. said “We had a great time with Brian. He was punctual, set up his audio and went to work for our managers meeting and social. He was great!” 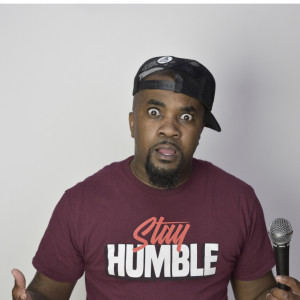 Tabitha W. said “Ace performed for my dad's 75th birthday party. I asked for clean comedy and he brought the house down with laughter!! He made the young and old laugh…”