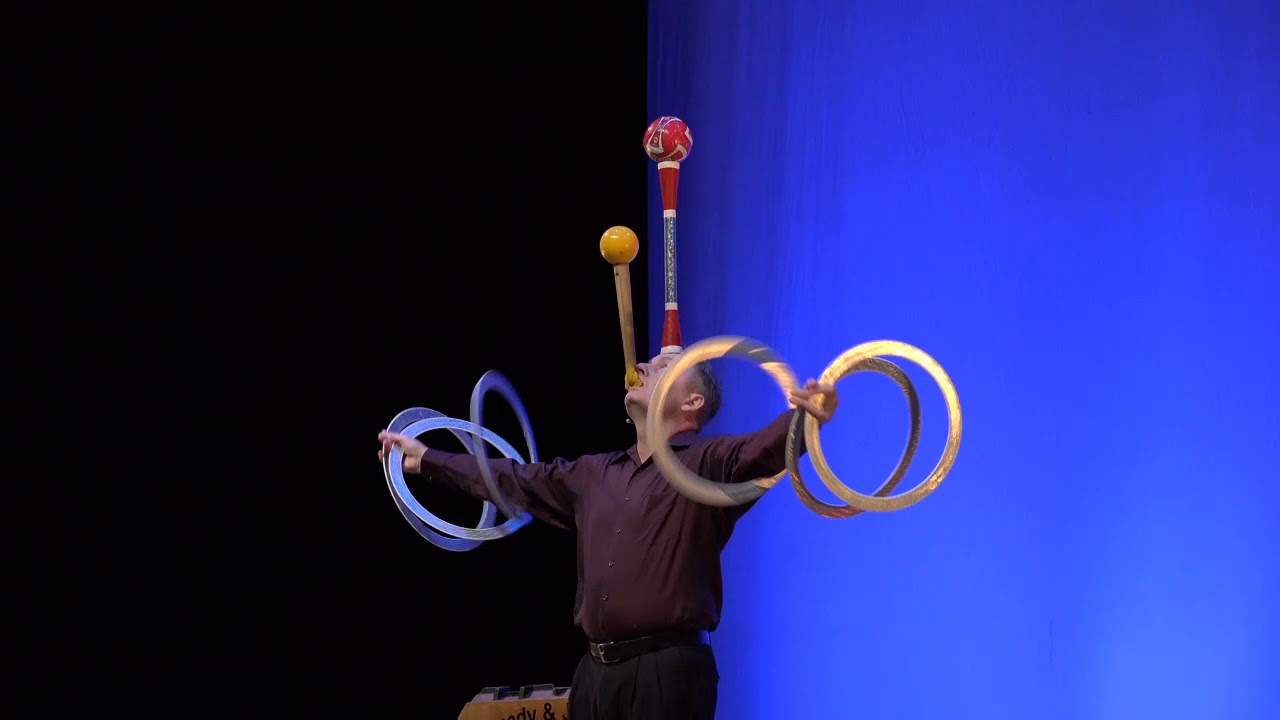 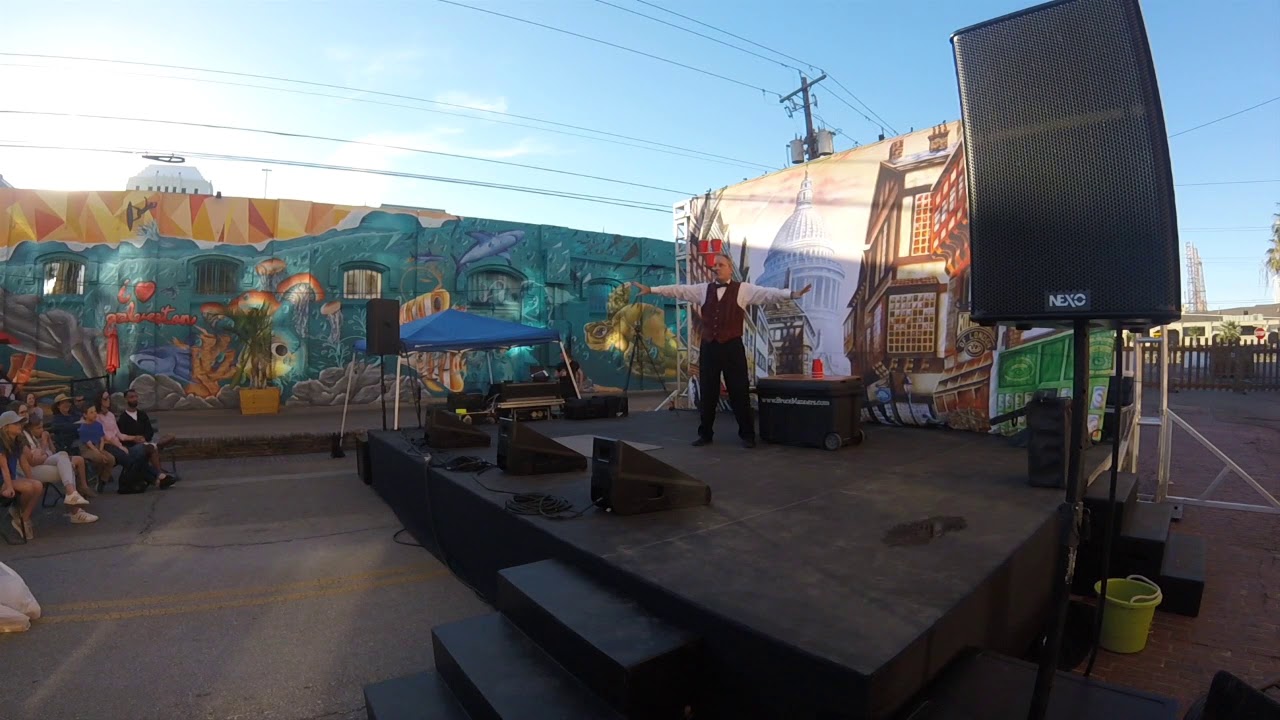 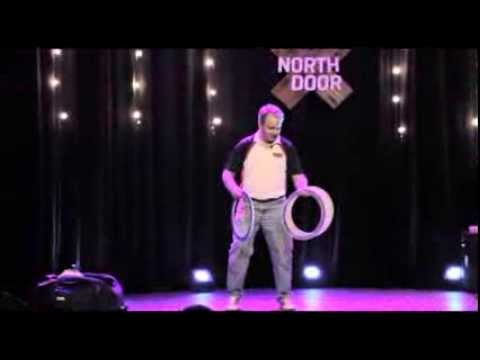 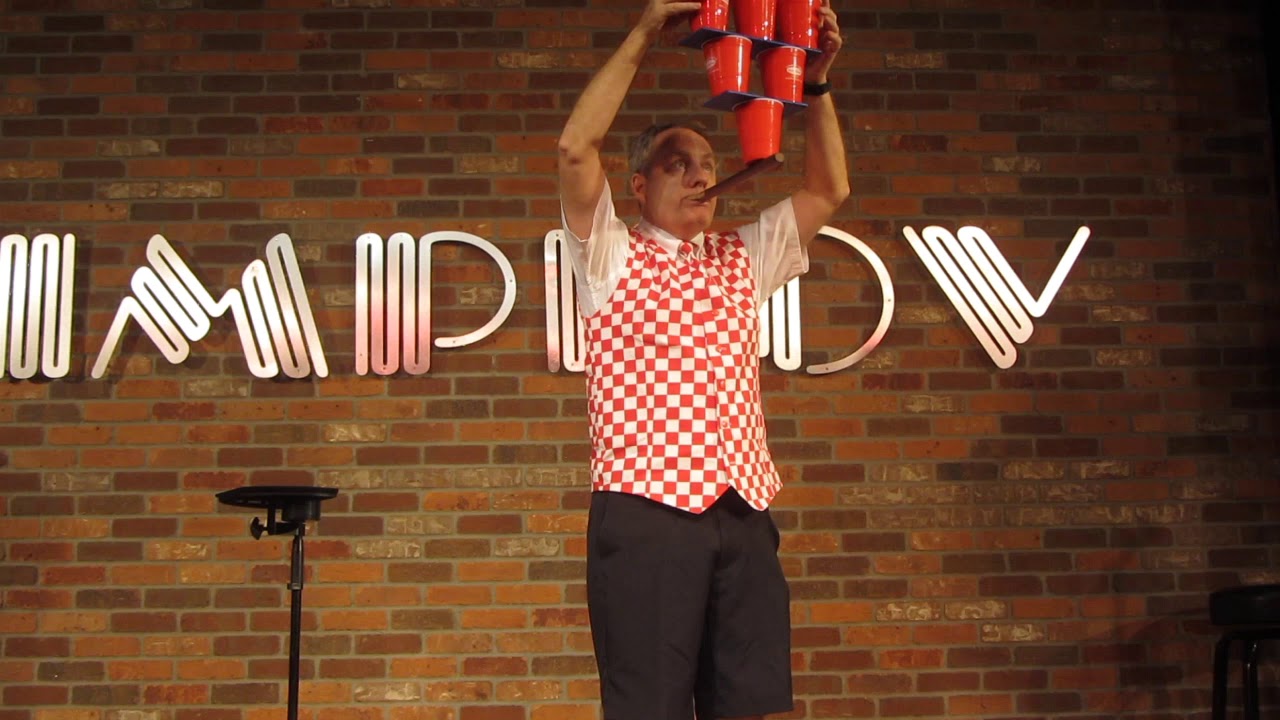 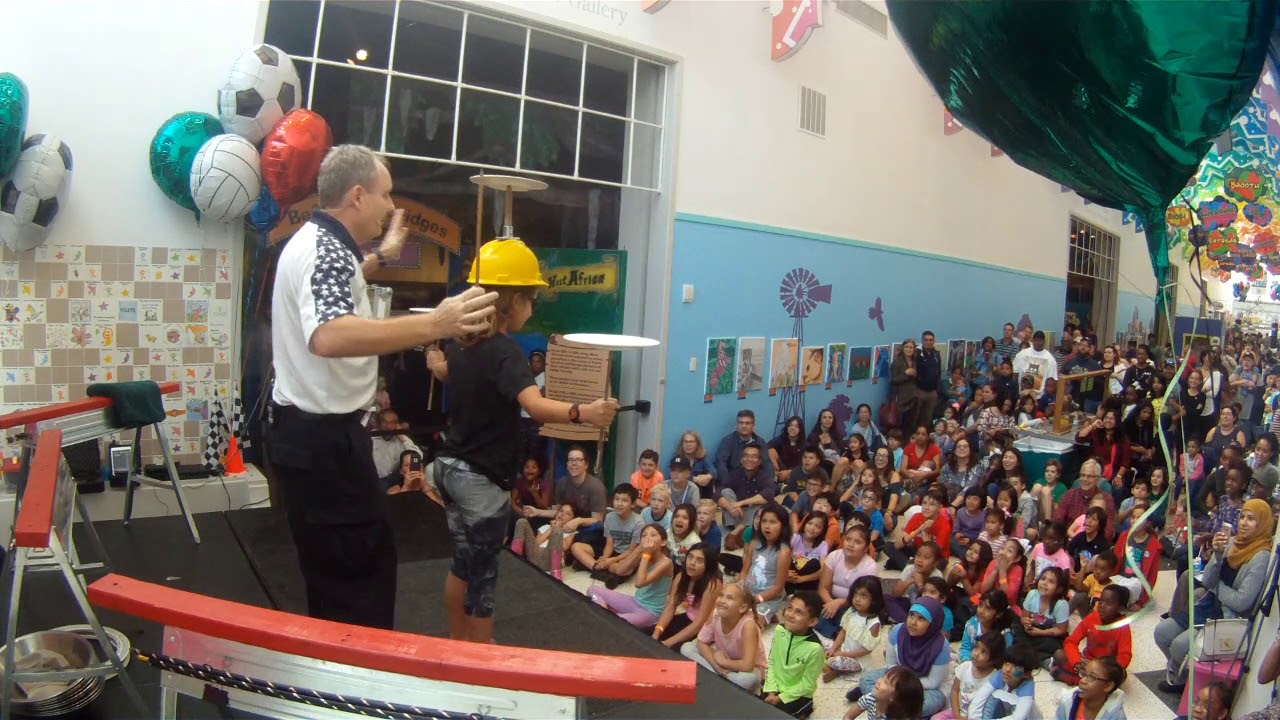 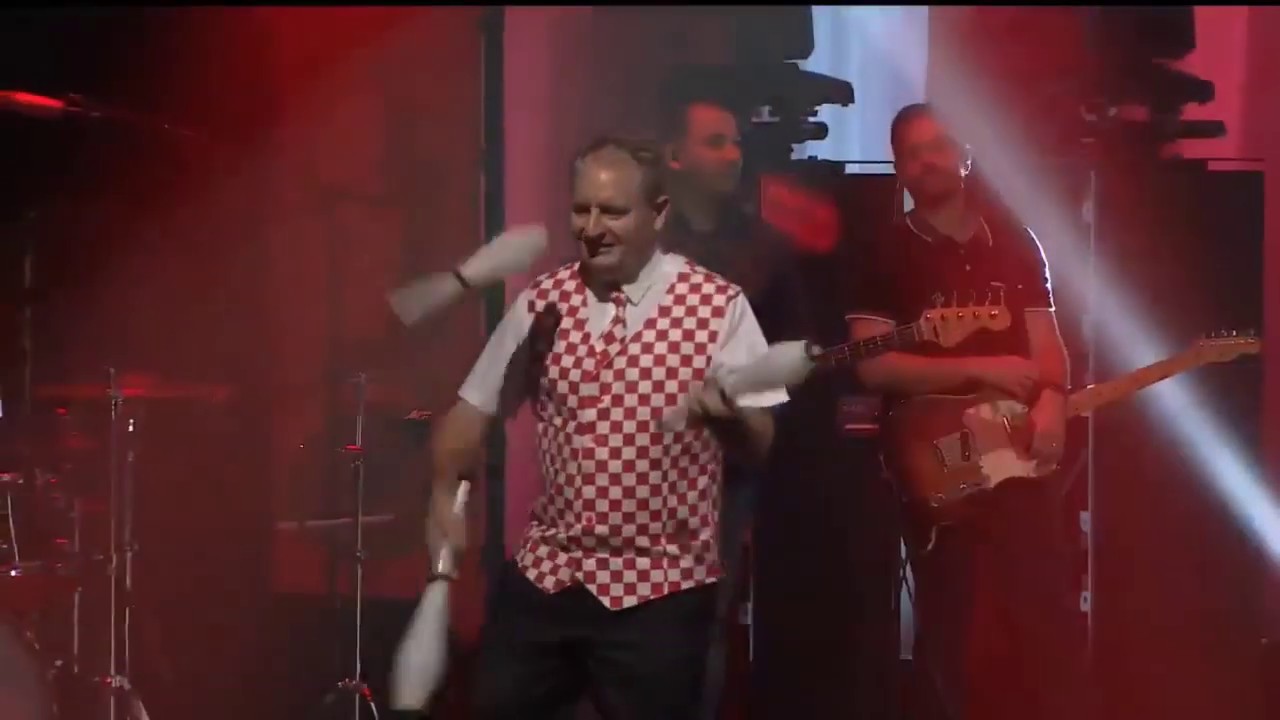 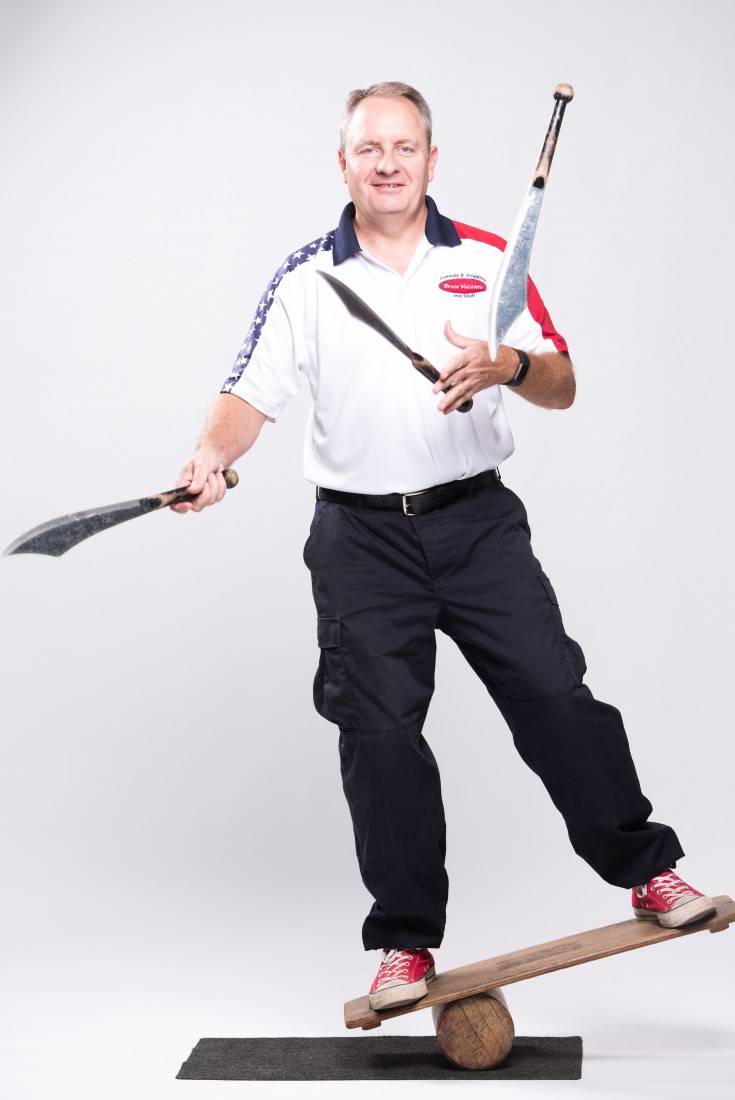 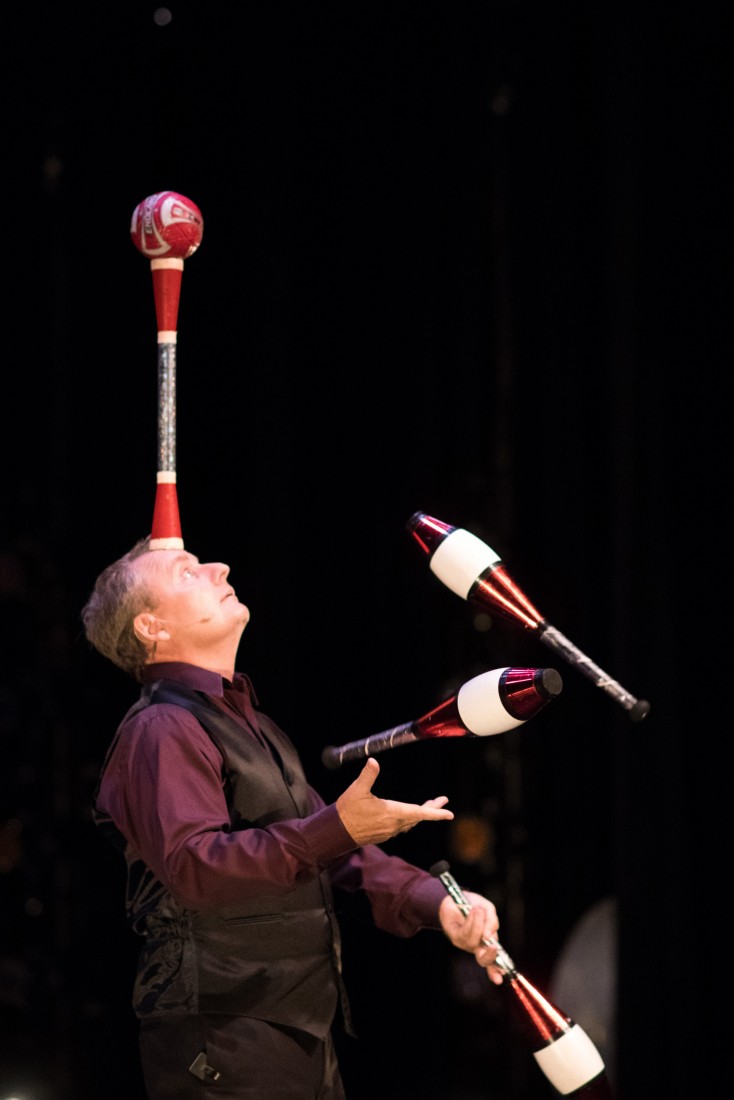 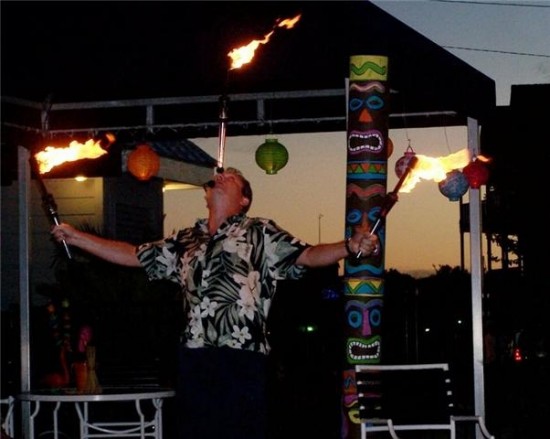 Fire juggling for luaus or other special events! 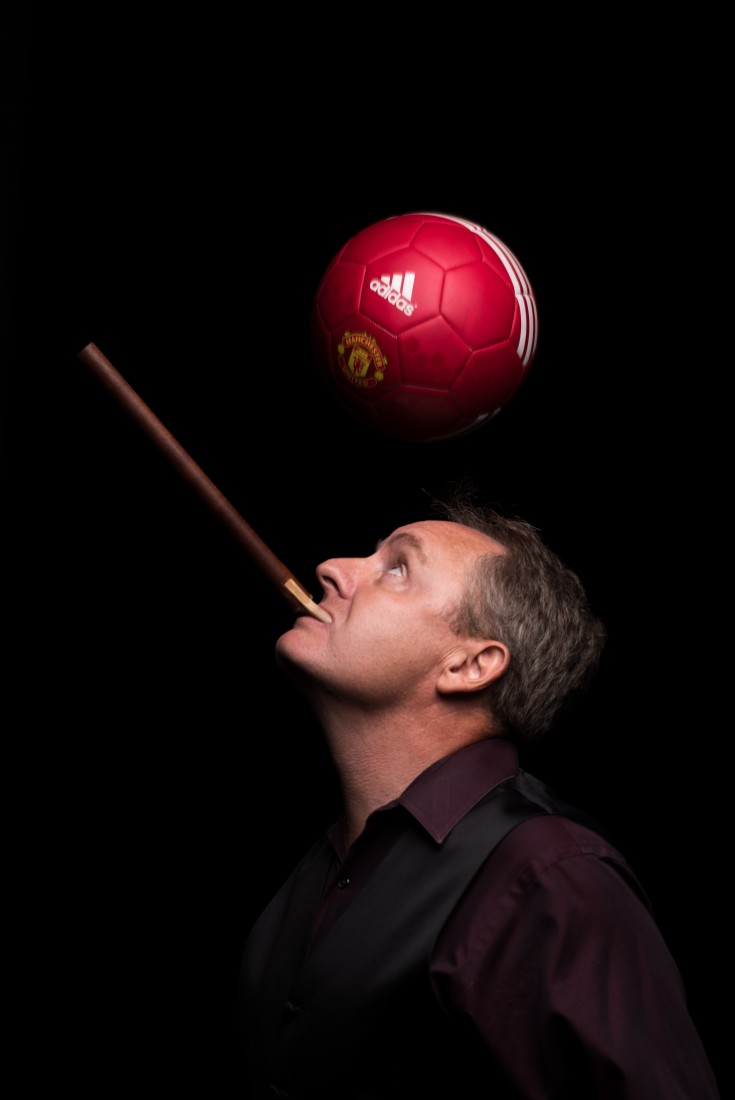 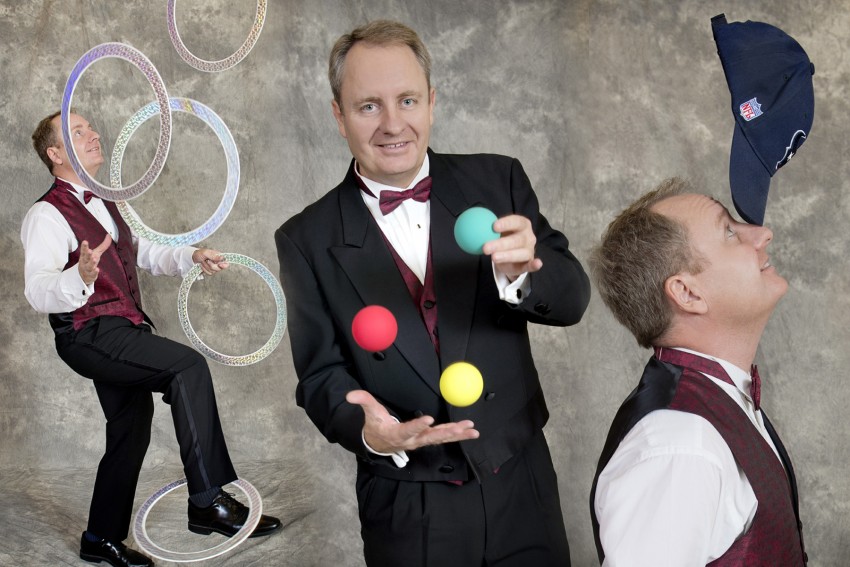 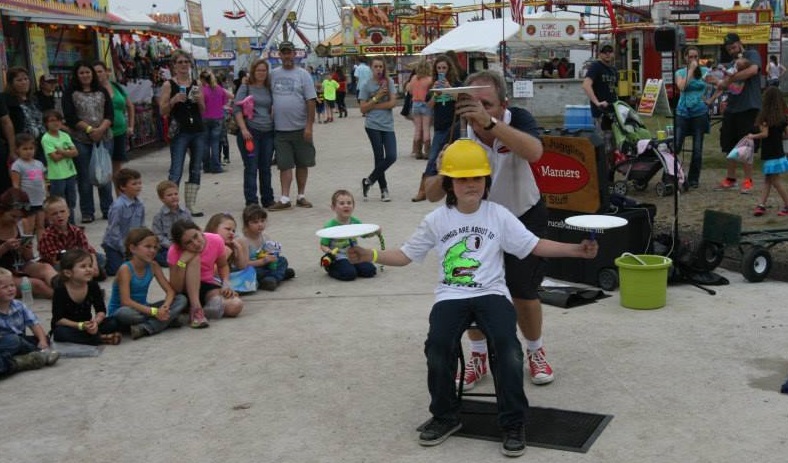 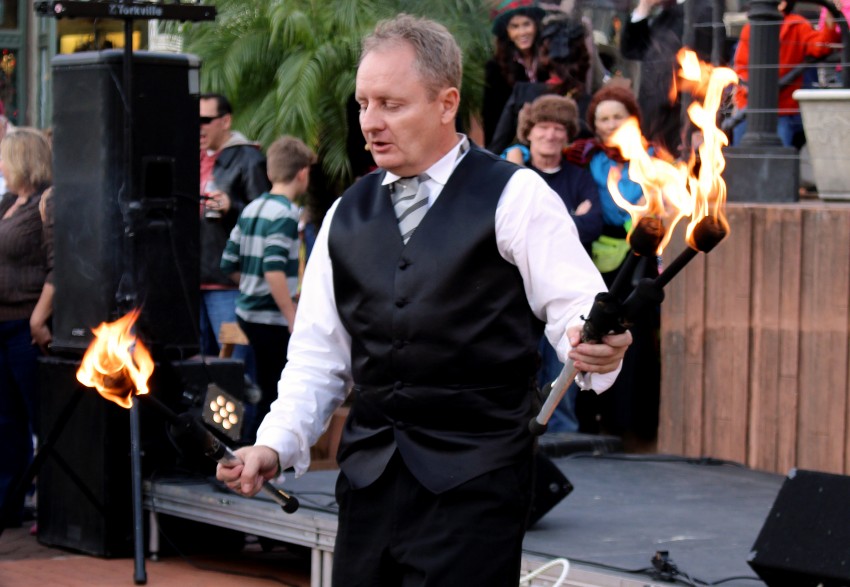 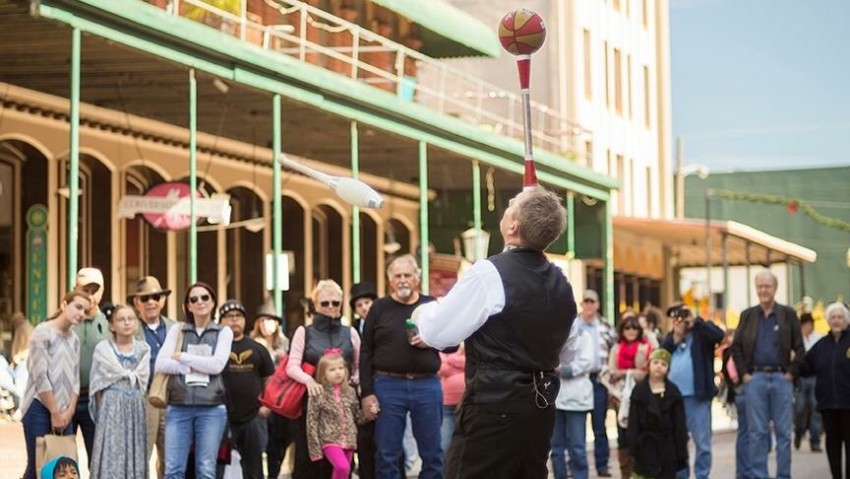 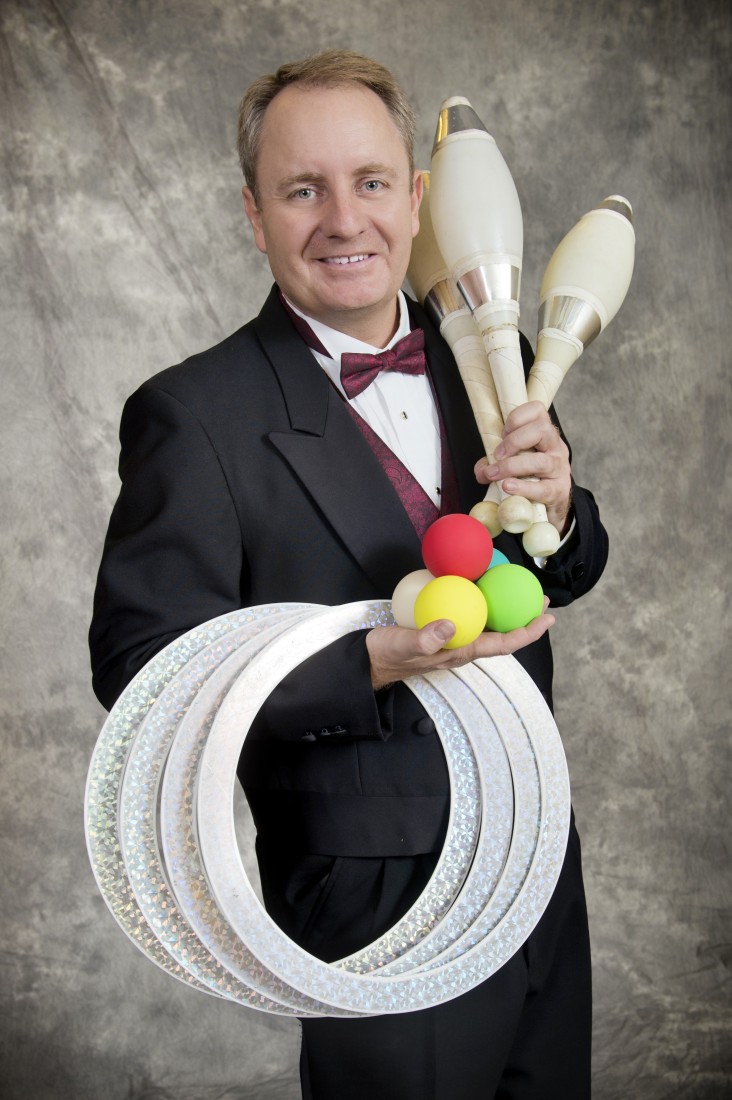 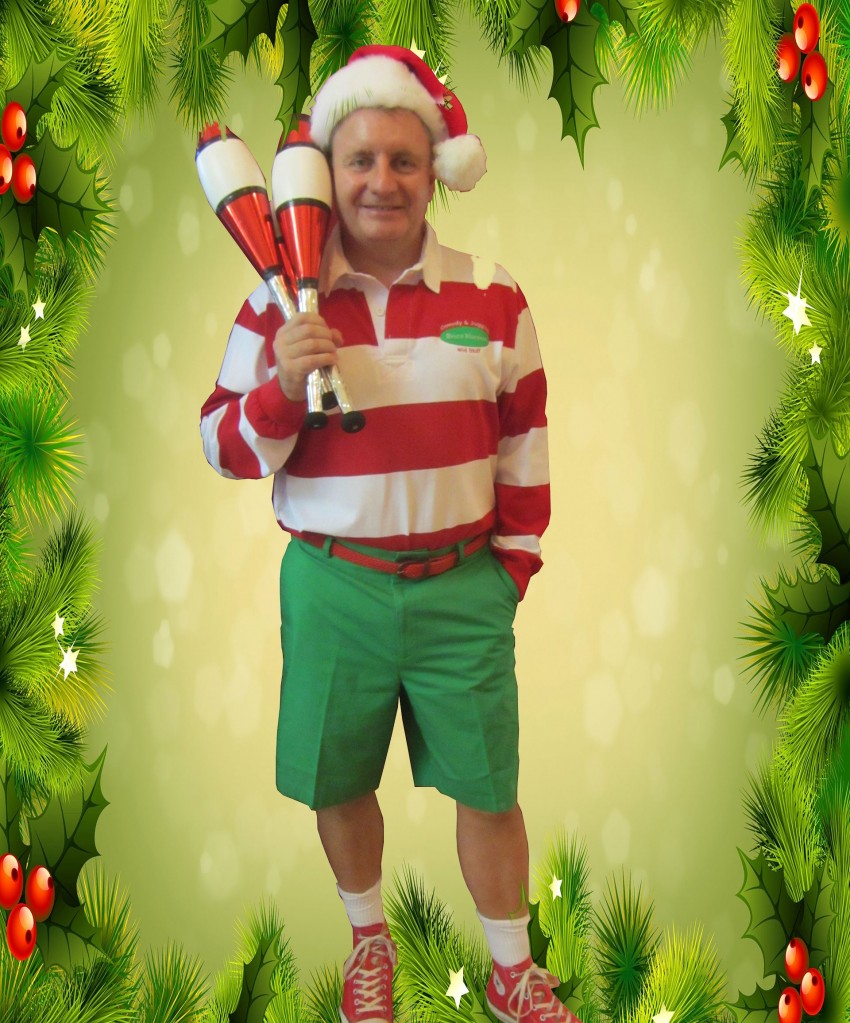 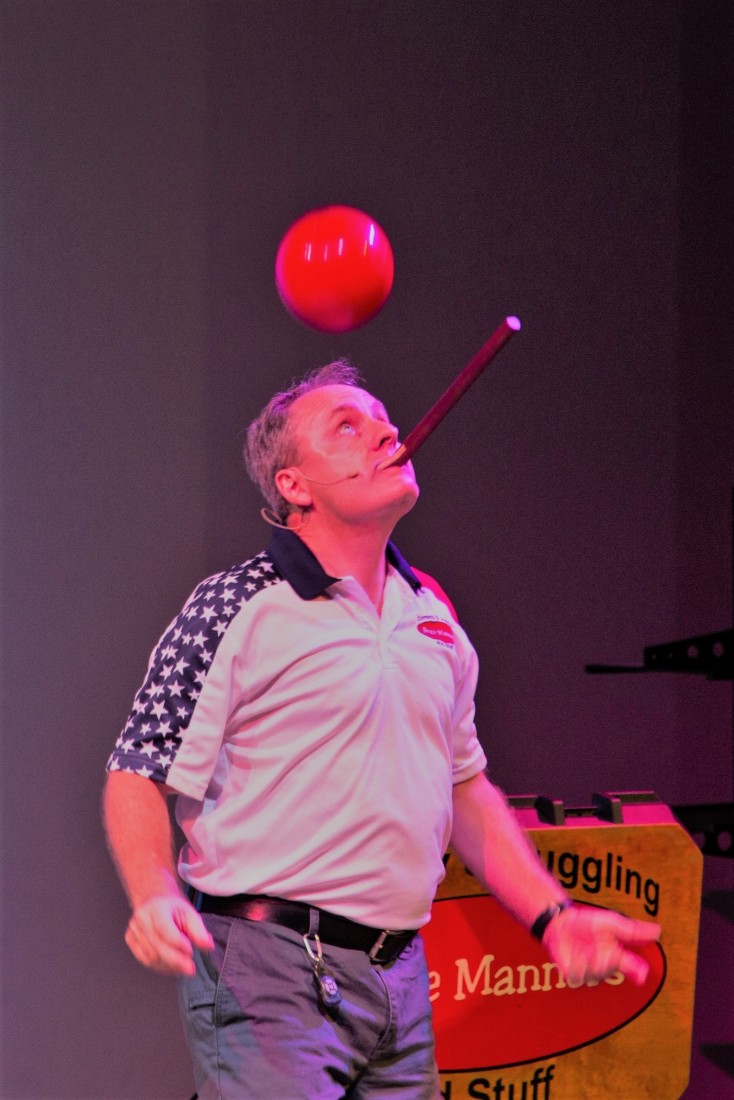 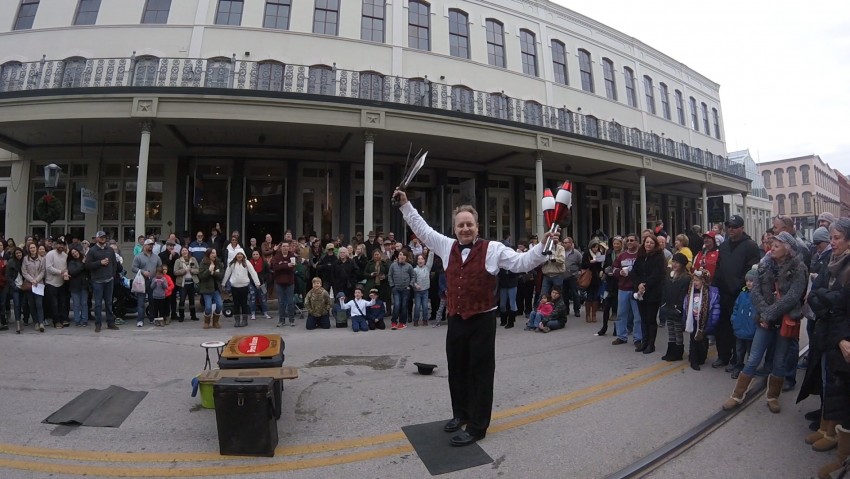 Family friendly, comedy juggling shows for all venues and events. Strolling juggling or featured stage performances with full stand-up comedy based juggling show. Audience participation, amazing juggling and hilarious comedy are specialties. Fire shows/stunts available where & when appropriate. Shows are all age appropriate. Able to provide sound systems for small or large venues. Bruce typically likes to arrive early in order to set-up so as to ensure a flawless show.

Bruce’s performance is appropriate for all ages. I hired him for my brother’s 60th birthday party and everyone loved him. He was very organized and sets up all his equipment seamlessly, I didn’t have to do a thing as I was busy tending to my guests. I highly recommend him!

Thank you very much for the kind words. I had a great time performing for you and your family!

Thanks Bruce for making our event a success. Dressing up aligned with our theme was excellent. Bruce was very professional, and arrived promptly to have enough time to get set up. He did an awesome job.

Thanks! I had a great time and enjoyed the evening!!

We hired Bruce as entertainment for our elementary school end of year party. We could not have been happier with his show. He did 3 back to back 45 minute shows for us and the last show had just as much energy and enthusiasm as the first. The kids were amazed by his juggling tricks and the adults enjoyed the performance as well. There were lots of laughs and applause. He showed up early, did all his own set up and was professional and great to work with. If you are looking for great entertainment, I can’t recommend Bruce enough!

Wow! Thank you for the very kind words. I very much enjoyed performing for your school. The kids and staff were all amazing and fun. Thanks!

We were so happy we brought Bruce on to entertain at our event! Bruce spent a full school day at our elementary school for our "Greatest Showman" themed winter celebrations where he did a series of 30-minute comedic juggling shows throughout the day. Prior to the event, I appreciate that he was extremely thorough and was so good at following up. He arrived very early, and his show was fun! He brought volunteers up to the stage and kept the kids really engaged. He was very professional and self-sufficient. Would absolutely recommend!

We had a snafu with not being allowed to have fire at our venue and Bruce still knocked it out of the park.

Thanks! I alway strive to be prepared!

We'll definitely have him again!

Bruce was great! We had Girl Scouts ages 5-99 and everyone was entertained. We had to cancel the original date due to weather and Bruce worked with us to reschedule the performance with super short notice!

We invited Bruce to perform at our Blue & Gold Banquet. He was easy to communicate with, very well prepared, came almost 25 minutes earlier than the scheduled time to setup the stage all by himself. It was a a blast! The kids and parents had lots of fun watching his performance. He also asked kid step up to the stage to make the show more interactive. We all enjoyed the show! Thank you very much for making the event a success!

Thank you for the kind words! Glad everyone enjoyed the show!!

Our students were absolutely thrilled to see Bruce Manners! He was actively engaged with the students. Comical for our staff as well. We would definitely use Bruce Manners in the future!

Thank you very much! I had a great time at your event and hope we can do it again soon!

Entertainment at it's best

Bruce Manners exceeded all our expectations, starting with being ahead of time arriving on site, he brought all his equipment with him, and didn't require us to provide anything at all from our side, which was very helpful especially when organizing a big event like our Carnival.
Now the show was just AMAZING. He was funny, entertaining, very skilled with his juggling. He kept the audience at the edge of their seats all the time. I personally loved the fire juggling, and the swords, but mostly his sense of humor while performing all of his acts was just hilarious.
I would definitely recommend Bruce at any family event. Our event audience was a mix of all age groups.

We hired Bruce for a Corporate Holiday party, he has us all laughing, and his juggling is awesome! Would hire him again.

Not even super glue in the chairs kept butts in them!

Bruce was everything you could hope for and then some. This guy is the real deal! From the moment the guy walked in he had the entire crowd mesmerized.

It was the strangest thing the kiddos were hypnotized and laughing the parents were thrilled and clapping. Could not have gone better.

Best news the bride absolutely (stunning might i add) stunned and had nothing but phenominal things to say.

No other way to go. Best bang for your buck by far.

Comedy & Juggling and Stuff with Bruce Manners is an entertaining blend of stand-up comedy, juggling and audience participation. As a featured stage show, the show seamlessly blends amazing juggling with "impromptu" patter and jokes suitable for all ages and audiences. As a strolling show, Bruce features award winning artistic 3 ball juggling, amazing balancing tricks and snappy audience interactions to ensure everyone who sees him has fun. Bruce typically likes to discuss the event with the client before hand to ensure all expectations are understood. He also likes to arrive early in order to ensure everything is ready to start the show on time.

Bruce Manners has been performing his act, “Comedy & Juggling and Stuff,” for over 25 years, appearing at a wide variety of venues. From corporate events to county fairs, comedy clubs to backyard pool parties, Bruce has seen it all (and a bit too much of some of it). With a blend of old school juggling and stand-up comedy, his act is best described as “Stand-up Juggling.” Bruce is also known as the world’s greatest Canadian-born, expatriate Ohio juggler living in Texas — proving he’ll go to great lengths to be the best.

No special technical requirements. "Stage" shows do require adequate space to perform. Typically 10'x10' is sufficient. Sound equipment can be provided by artist, but can also work in conjunction with theater/stage/sound technicians/engineers. Fire can only be used when both the client and Bruce agree it is safe and appropriate for the conditions on the day of the event.

Artist can provide all sound equipment.