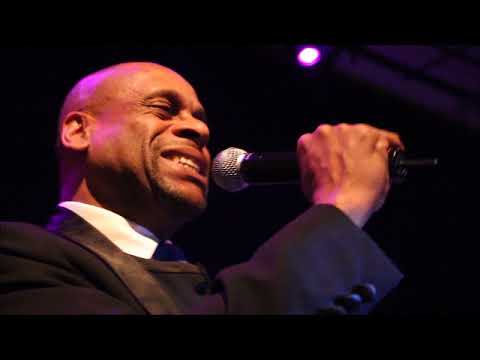 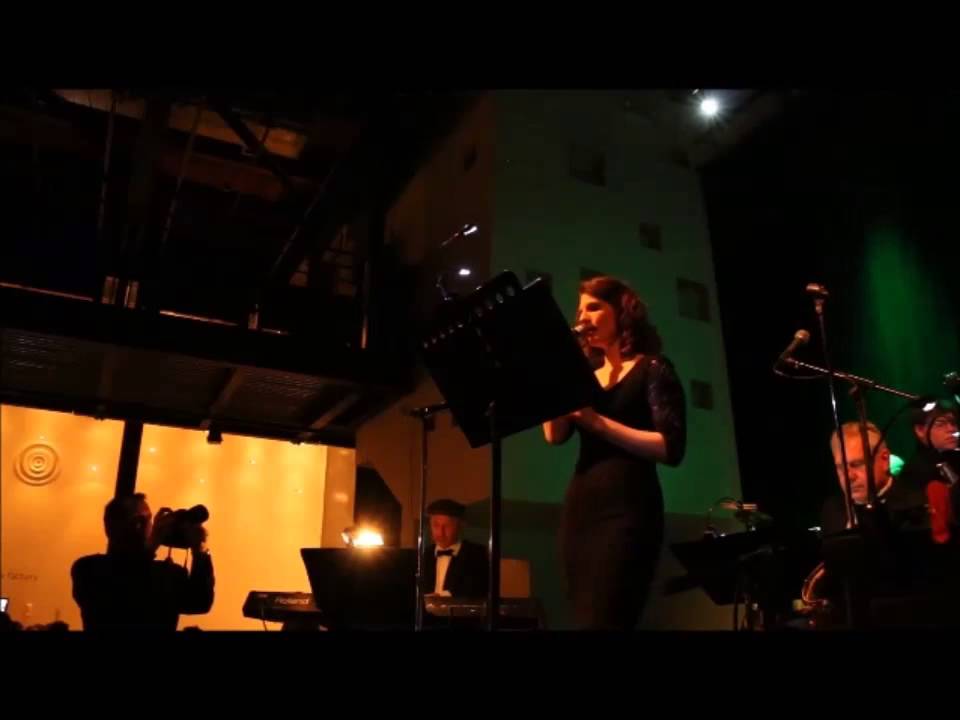 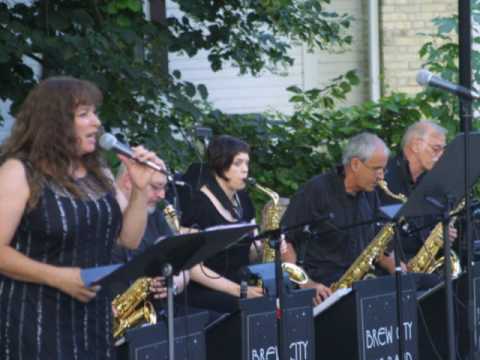 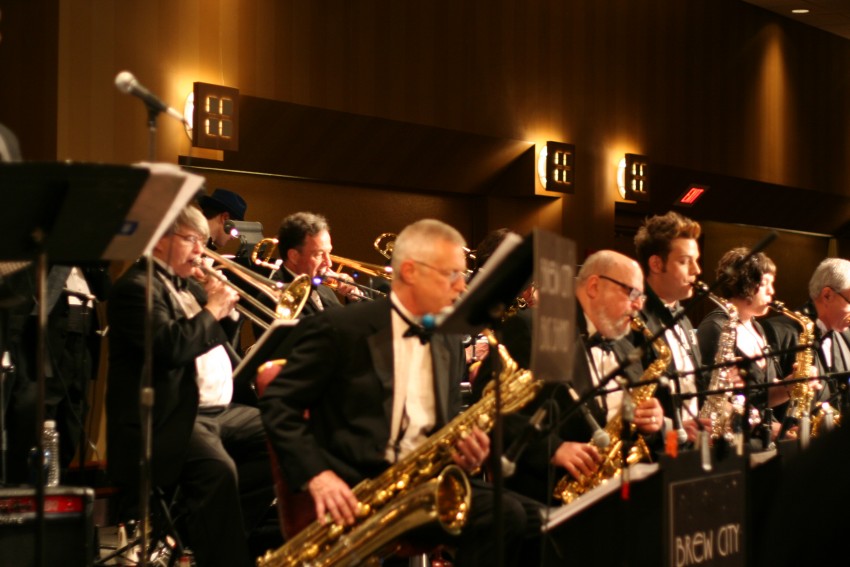 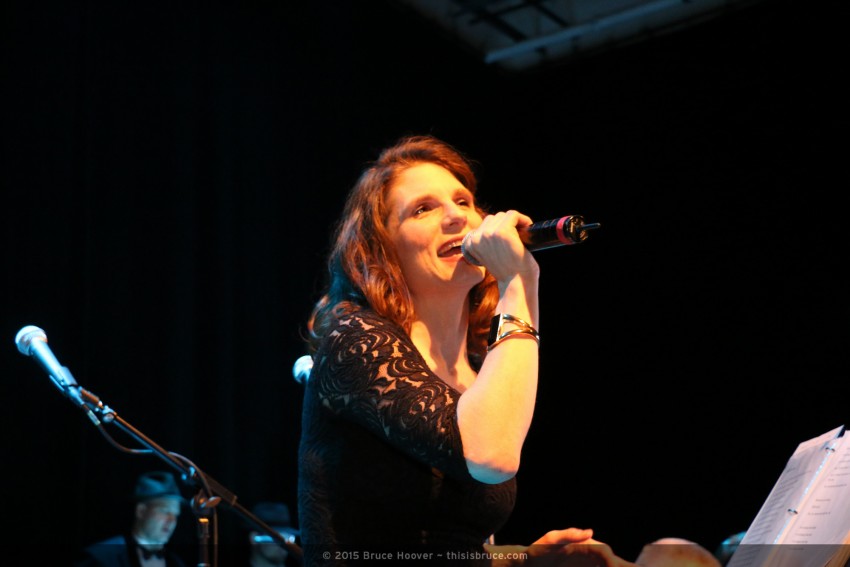 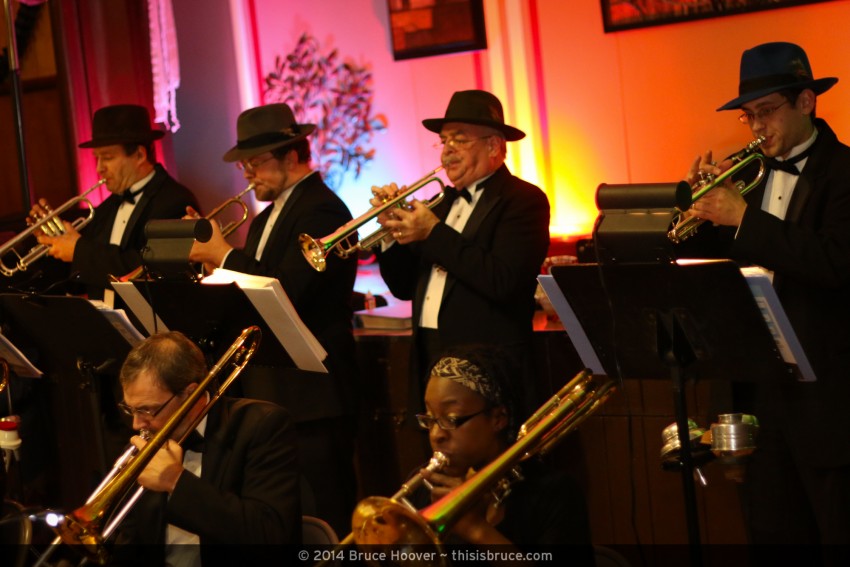 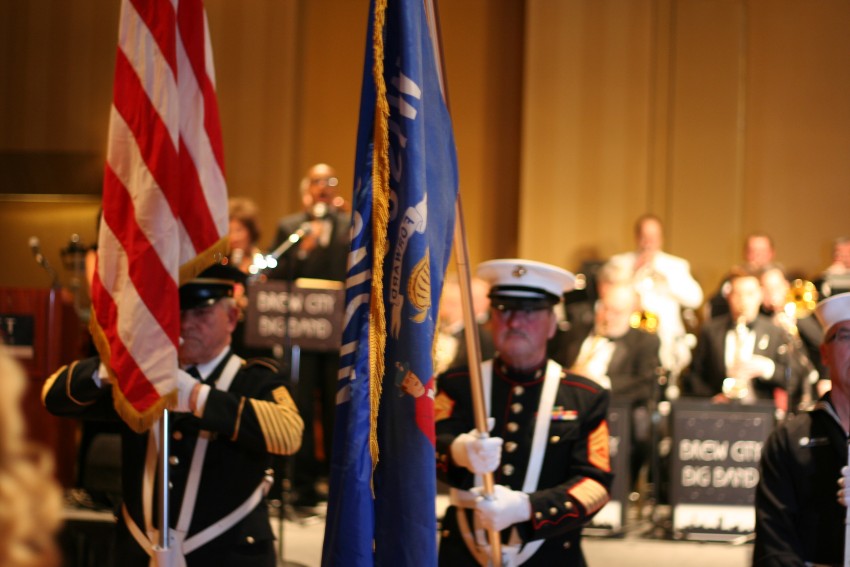 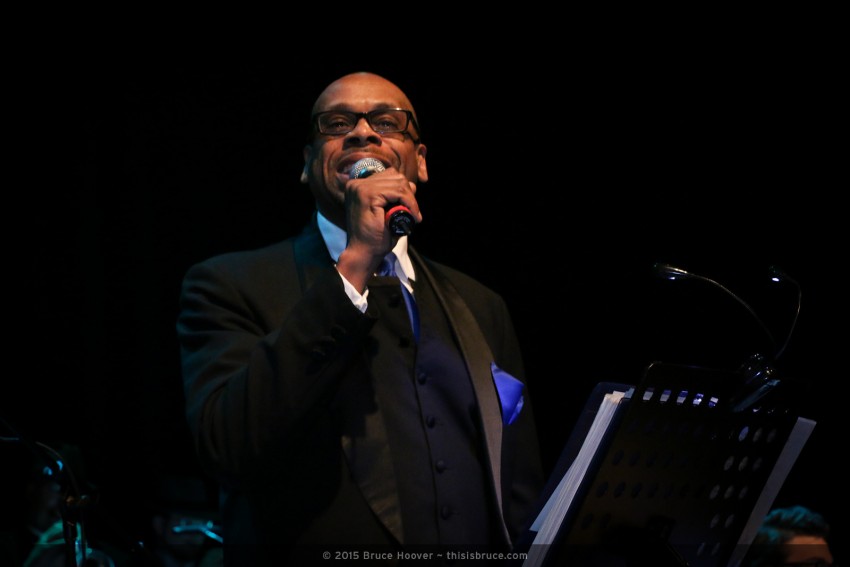 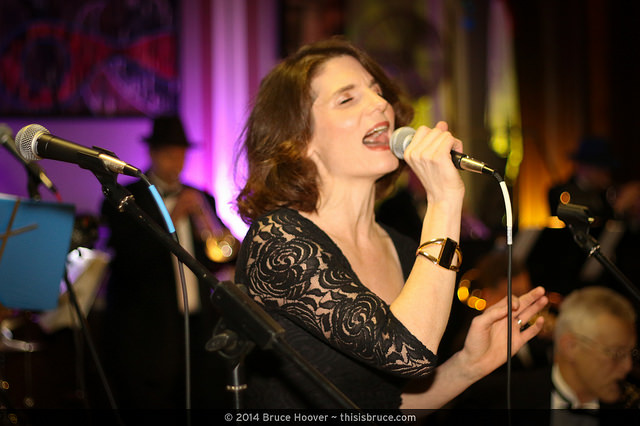 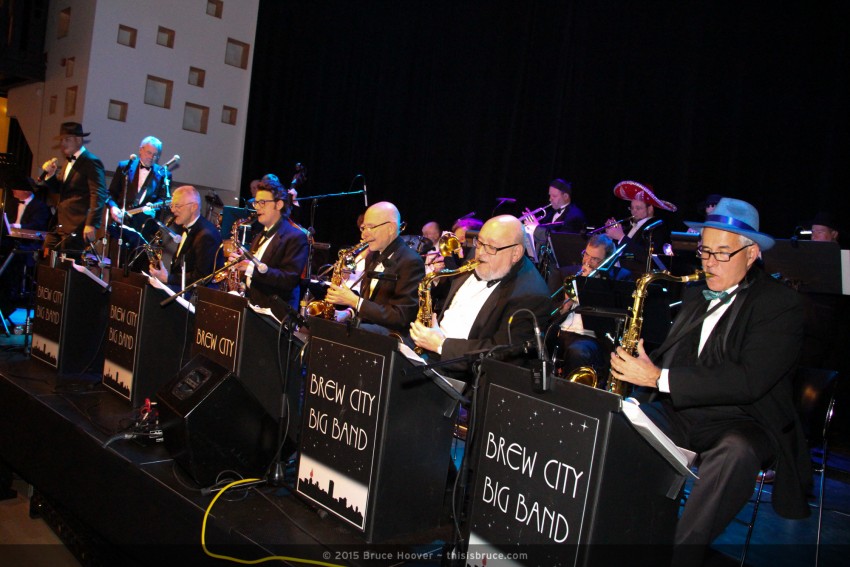 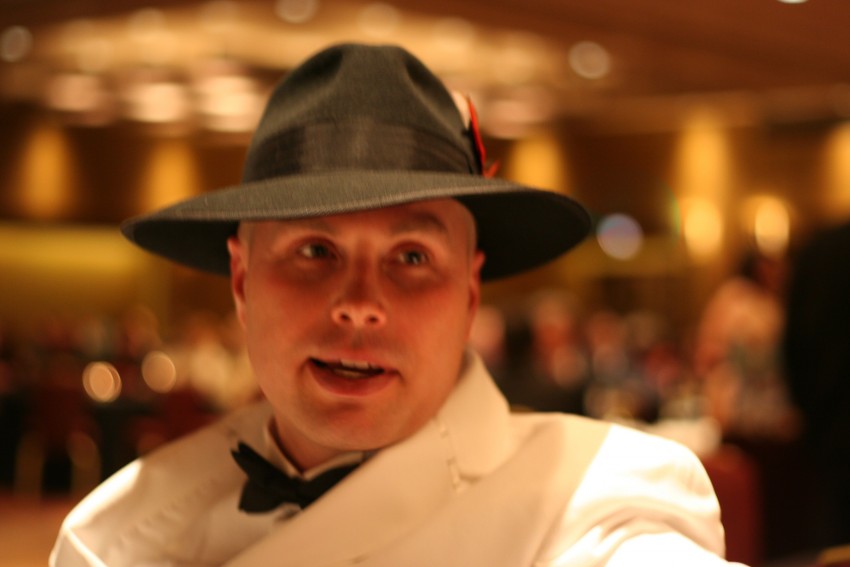 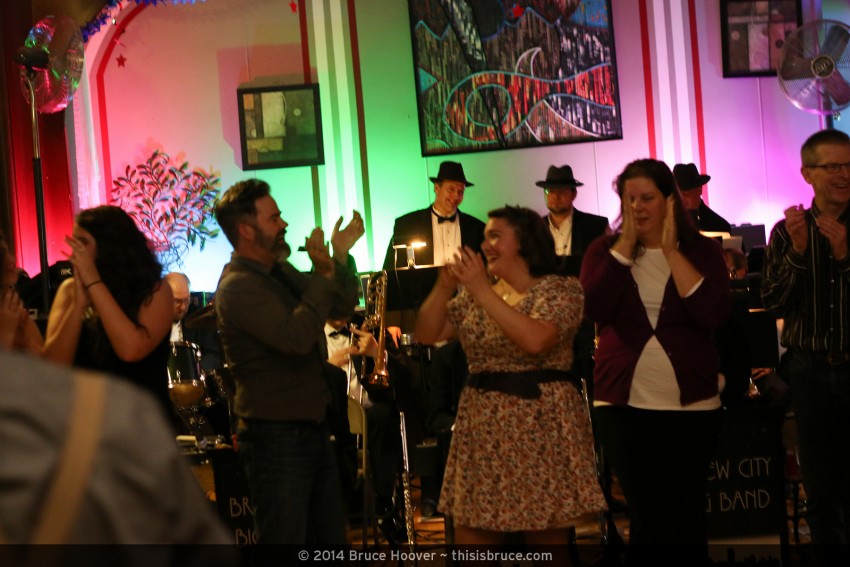 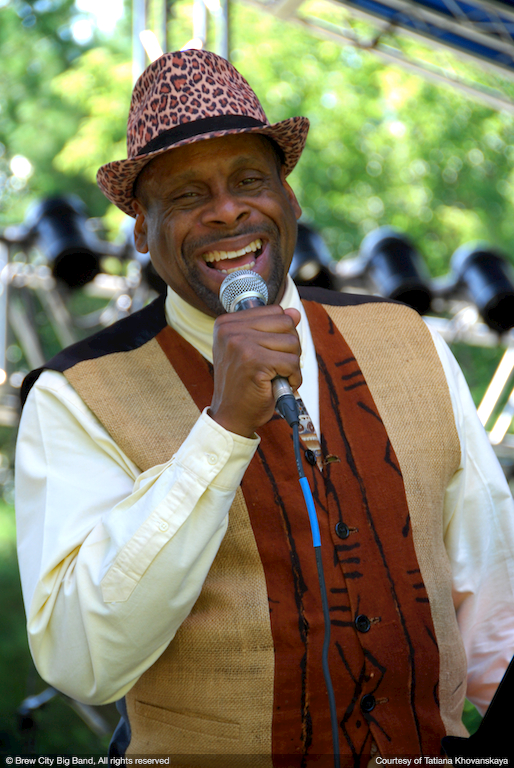 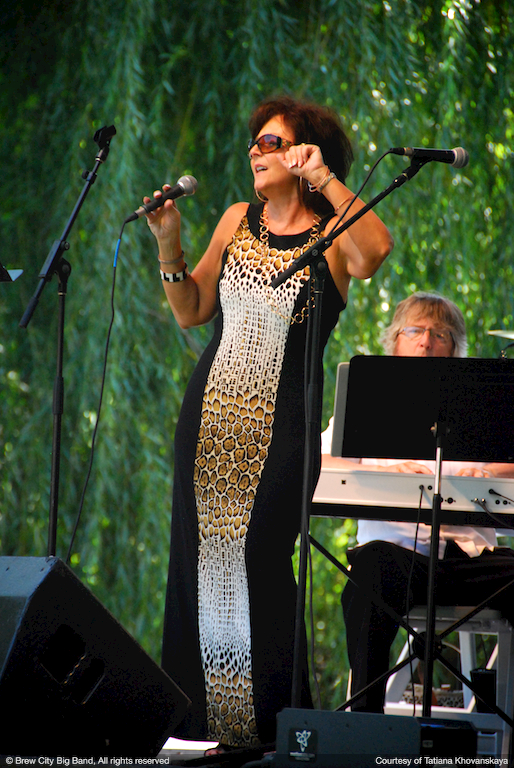 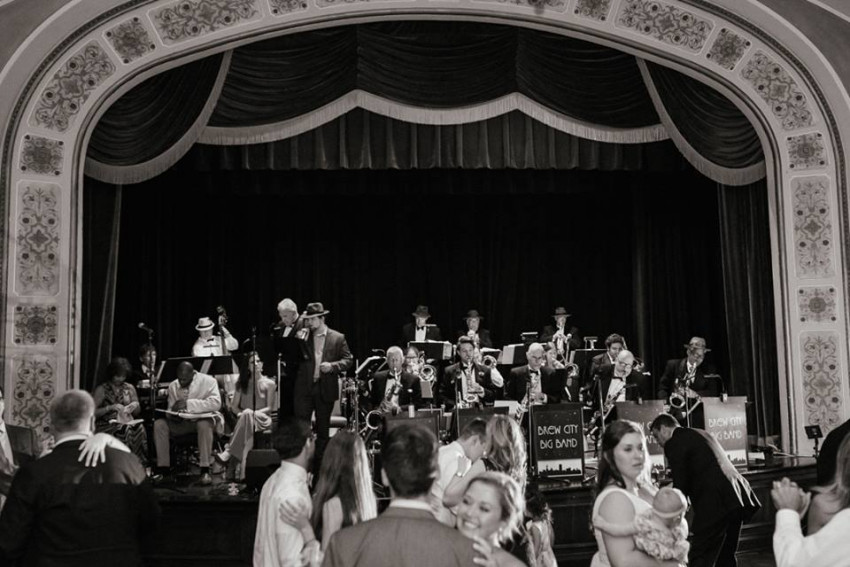 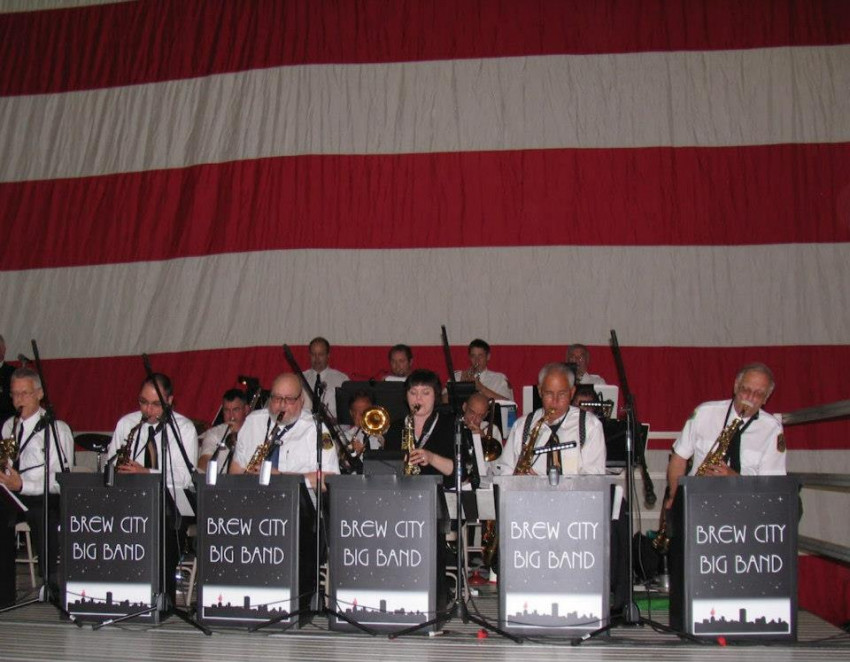 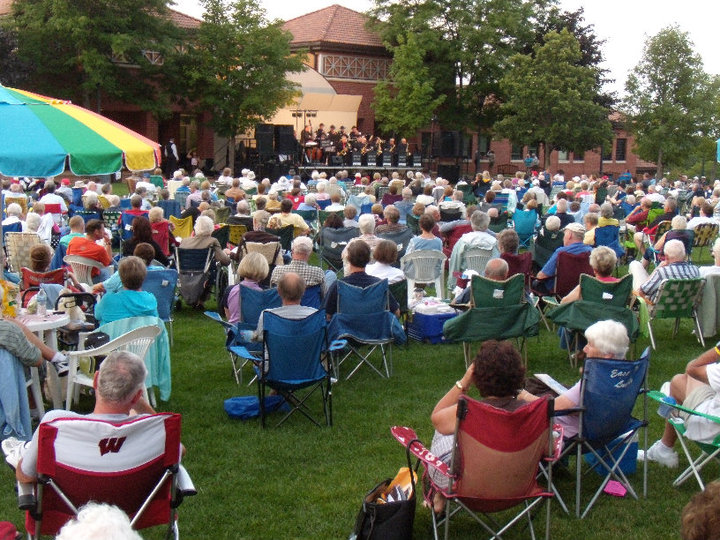 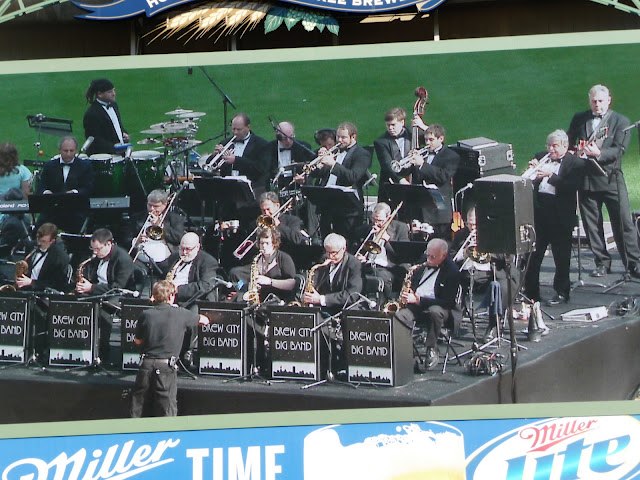 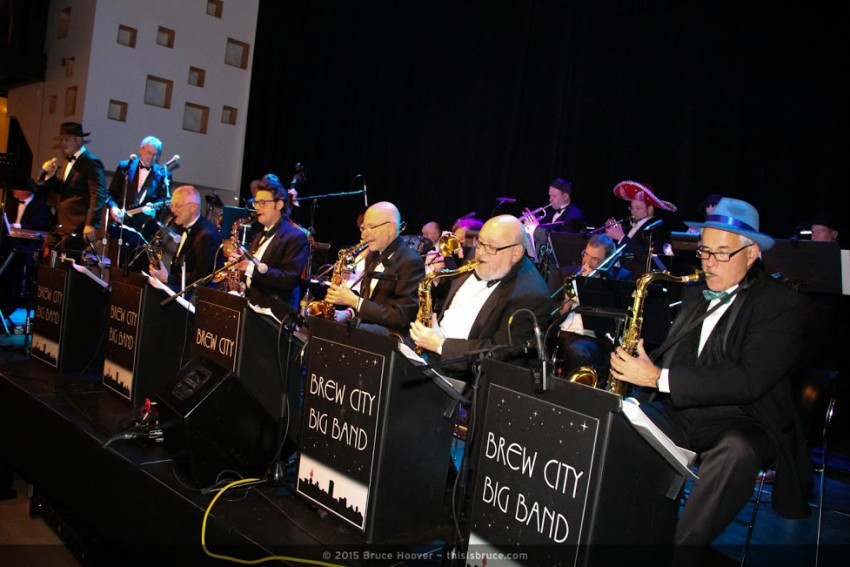 The Brew City Big Band is an eighteen piece big band with male and female vocalists. This flagship band performs the Swing, Latin, and Ballads of the 1930’s - 1960’s. While this is the primary group, we also break down to a high power, horn driven rock band as well as a 6 piece tasty jazz combo.

The Brew City Rock Band features rock hits from the 50's through the 80's - with a few recent songs like Uptown Funk to keep the party going.

The Brew City Jazz Combo is a 6 piece group that plays jazz standards everyone will know and love and is great for dinner/cocktail hours. With a repertoire of over 300 rehearsed songs this group can hit your requests and keep the event classy.

Brew City Big Band absolutely exceeded all of our expectations! We booked them for our wedding to play during our cocktail hour, dinner, and dancing portion of our reception. Out of all aspects of the wedding, we heard the most complements about the band and how much people loved the music and dancing. I really appreciated the fact that no matter if a guest prefers to dance or simply wants to enjoy the music while catching up with family and friends, everyone is accommodated.

All musicians and vocalists in the BBB are extremely talented. They do a great job engaging the crowd and know how to organize and direct the evening of dancing from grand march until the very last song and everything in between. They created a set list with all of our requests included, but also were able to judge the tone of the dance floor, picking songs accordingly that would keep guests having fun and wanting to continue dancing.

In terms of planning, Scott was incredible. He answered any and all questions we had for him and met with us multiple times before the day of the wedding. We even had special requests for first dance songs not on their set list and the band was able to learn and play them as if they had been playing those songs for years.

We cannot say enough about the Brew City Big Band! You will not regret hiring them for your wedding. They bring such a presence to the reception and are truly entertainers in every sense of the word.

Brew City Big Band was amazing! Our guests loved the music and had a great time enjoying themselves. The music wasn't too loud which we loved so that people didn't have to talk over themselves, and could still enjoy a conversation with loved ones while enjoying the music. For our budget and the amount of talent the band had, our expectations were exceeded!! We are so pleased you guys were able to come and sing for us on our special day! For any future events that we will have, we will surely use your talents again!

Great show for our Corporate Event!

We hired the Brew City Big Band for our corporate Christmas party at EAA Airventure Museum - the theme was 'Gatsby' and our employees loved the music!

When we began to plan our wedding reception I had one non-negotiable facet, and that was the live swing band. My wife and I met through a community of young Catholics in Madison who routinely swing dance together. Booking Brew City felt like a bit of a gamble, it is so hard to get a feel for a band’s sound and style from a youtube video. I can say with complete sincerity that we were thrilled with Brew City from beginning to end. We cannot say enough about the professionalism and talent of this group. Brew City helped turn our reception into a classy hootenanny of legendary proportions.

Booking/Planning: Scott Schranke the band director stayed in constant contact about details on the wedding, ran multiple quotes, and gave us several opportunities to add songs to the setlist, and they even agreed to let one of our friends use their sound equipment to play our first dance song on acoustic guitar.

Setup: Very professional and efficient. Don’t be scared when they show up in t-shirts initially, the tuxedos come out when the show begins.

Performance: Outstanding, we have danced to live swing bands before and Brew City was absolutely on par with the other (much more expensive) groups. We loved the diversity of the vocalists who were also very personable, while they were not performing they meandered about the hall, introduced themselves to us (the bride and groom) and had great conversation with the guests as well as confirming that the sound was good throughout the hall. This was one of my biggest concerns, that the band would be too loud for our venue. Brew City did a fantastic job of tailoring their sound to the venue and the crowd.

We received no less than two dozen compliments from our guests, from teenagers to my 80 year old grandparents, on the band. It was the highlight of the reception. And did we ever dance, young and old, including many of our friends who did not know how to swing. They did a great job mixing in slow songs and big band tunes that are easy enough to just groove along with.

You will experience a professional and well accomplished band. Not only will we provide you with the well known music of the big band era, but we will also provide you with songs that are not in the normal repertoire of the other big bands.

The Brew City Big Band was formed in 2007 to keep the music of the big band era alive. We are a group of musicians who have come together for the love and enjoyment of this music. We will always provide our clients with a professional, well-performed, and fun performance. We can dress casually to formally. We also cater to our clients musical needs.

Top Shelf was created in 2009 to fulfill a demand for cover music that we were asked to perform at weddings. This ensemble is a lot of fun and it can really pack the dance floor.

A minimum area of twenty-six (26) feet long and sixteen (16) feet deep with thirteen (13) armless chairs and a minimum electrical power requirement of four (4) dedicated fifteen (15) amp circuits are required for proper set up.

Special music requests must be submitted at least six (6) weeks prior to the engagement for it to be included in the program. Requests made after that time will be considered but not guaranteed.

Please see our website, www.brewcitybigband for a current list of our songs. We do not typically perform the same songs at events. I try to tailor the the music for each specific event. I will work with a client to provide them with the music that they want. I have thousands of other songs that are not on our song list, so if you are looking for something and you don't see it listed, please ask.