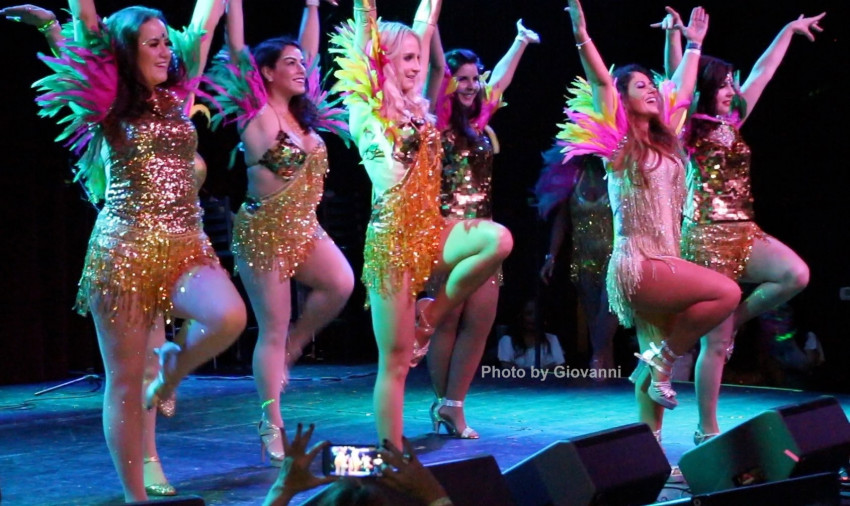 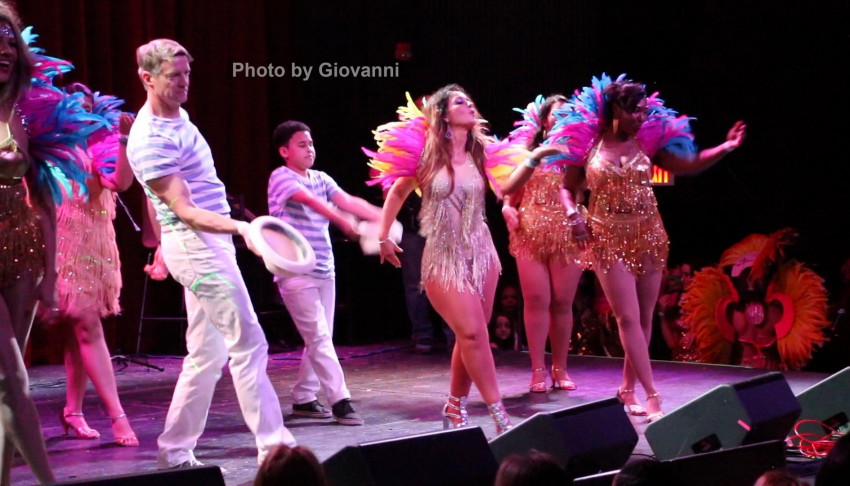 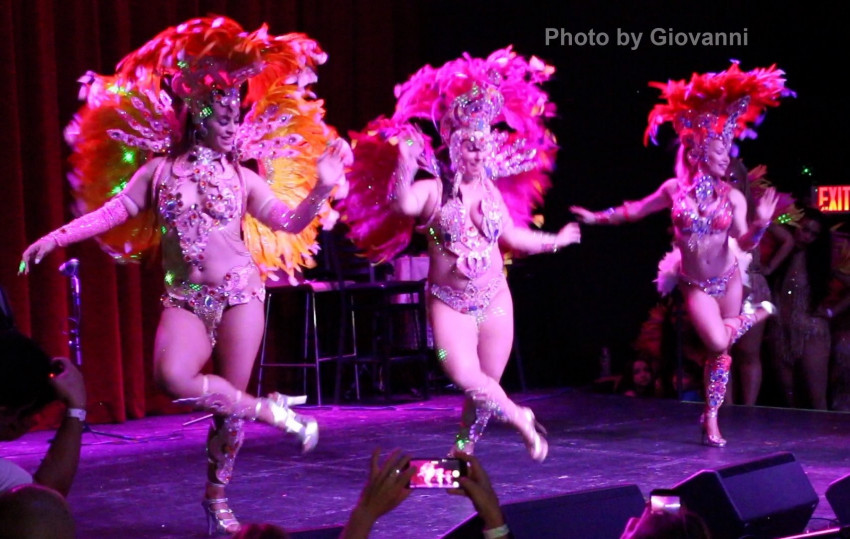 Brazilian Fusion is a cultural organization in Charlotte, NC, founded by director, choreographer, and costume designer Andreia Walker from Sao Paulo, Brazil.
We believe that Samba is Brazil’s gift to the world. Our goal is to spread awareness of this extremely rich cultural expression, not only through dance, music, and exhilarating costumes, but also by engaging the local community and keeping alive the Brazilian way of living.
Our stunning sambistas perform a highly energized Carnaval show that creates unforgettable memories to your guests.
We also offer dance lessons and lectures about Carnaval and Brazilian culture.
Hire Brazilian Fusion and bring RIO to your event!

Autumn and Andreia were amazing they made my crazy hour at my wedding so much fun. Everyone had so much fun taking photos and dancing with them. Both of them are amazing dancers, I would recommend them for any party.

The ladies were professional and sweet. The crowd loved them. The perfect addition to any Hora Loca!

The girls gave a super special touch to our intimate wedding. All the guess loved them. Very professional and super easy to work with last minute changes.

We hired Andreai and three other samba dancers for the reception of our daughter's wedding in Asheville on August 12, 2017. Wow!, is all I can say. The dancers injected life into the reception and everyone was dancing for the two hours they were there. We passed out beads, light wands, light hats, and headpieces to our guests and it looked amazing.
Thank you for an unforgettable evening!

It was a great performance. Very professional, fun and entertaining. Thank you!

The folks at Brazilian Fusion Dance Co. were excellent to work with! They promptly communicated with us. They sent the music in advance, even updated it to a more lively intro. The dancers were out of this world! Just beautiful young women...highlight of the party. My husband and guests were very pleased and pleasantly surprised! Thank you.

A colorful, vibrant performance, showcasing the Brazilian beauty and happiness. We will put the crowd to dance!

BIOGRAPHY
Brazilian Fusion Dance Company is a cultural organization based in Charlotte, NC.
The Fusion Girls were the official representatives of the Rio 2016 Olympic Games in the Carolinas, performing at the Charleston US Sail “Road to Rio” event in April 16, 2016 and on NBC Charlotte during the live broadcasts of the “Rio Rally” on August 8 and 19, 2016. The group was featured at the Charlotte Observer newspaper of August 14, 2016 as one of the top Brazilian entertainment options in the region. On June 2017, the "Fusion Girls" were featured in the cover of the Hola Carolina, a magazine with a 15,000 copy distribution in the state of North Carolina. On the 24th of same month, Brazilian Fusion performed 3 sets of high-energy samba for a crowd of 4,000 people at the Hola Asheville festival.
At Brazilian Fusion Dance Company we believe that Samba is Brazil’s gift to the world. Our goal is to spread awareness of this extremely rich cultural expression, not only through dance, music, and exhilarating costumes, but also by engaging the local community and keeping alive the Brazilian way of living.
We also offer dance lessons and lectures on Carnaval and Brazilian culture.

We perform choreographed dances or free style samba. Our shows are personalized to each event, in order to meet the customers' requirements and expectations.