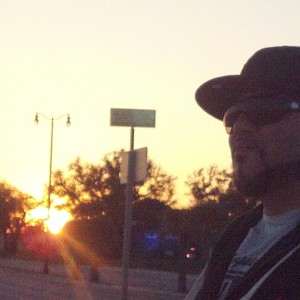 I am a rapper and spoken word poet. I have a unique following and love what I do. I am also a writer and can personalize a song for your occasion.

Best beat box I have ever heard. Naturally talented individual that can dance,rap & beatbox., also a GREAT dancer in which he can performed in a serious or non serious matter. Brazie can also rein-act actors and/or actresses as well.

Emerging from the music scene in Southern Mississippi, independent music artist Brazie has been creating hits his own way. Brazie was born in Waukegan, IL and later moved to Hattiesburg, Mississippi where he was introduced to the sounds of Stevie Wonder, Marvin Gaye, and later Eight Ball MJG, Tupac, Biggie, and Trick Daddy. He then moved to Gulfport, MS, where he started writing songs with friend and colleague JC. Together they created Formula Boy Records.

With an amazing stage presence, and great confidence, it didn’t take long for Brazie to establish himself. He debut his first album Balling on the Southside, which immediately made him know as a force to be reckoned with on the streets. His second album Southside Formula sold thousands of copies in the first month that it was released. While rapping about his struggles, he also has a comedic and witty side. It has been said that when you listen to his music, it’s like your are listening to a story. He makes you feel his emotions through his lyrics, while painting a picture in your mind.

Prior to Hurricane Katrina, Brazie opened up for numerous artists such as Juvenile, 36 Mafia, Josephine Johnny, Hot Boy Ronald, and Mystical. He performed at local hot spots such as the House of Blues in New Orleans, LA, Club Illusions in Gulfport, MS, The High Hat in Hattiesburg, MS and MS Gulf Coast Coliseum in Biloxi, MS. After the storm devastated the Mississippi Gulf Coast, Brazie headed to Chicago where he worked with various producer and gained exposure growing his fan base. Brazie is back on the Mississippi Gulf Coast where he is producing his own music, managing himself and building his Formula Boy Records brand. It is summed up best in his own words, “Music is my voice”.