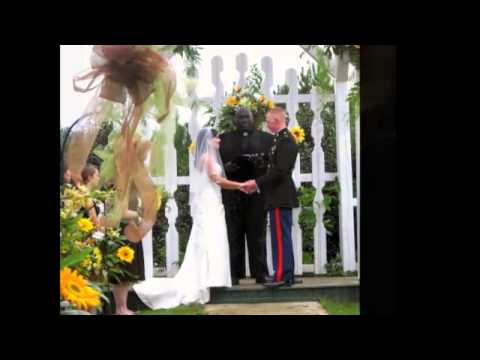 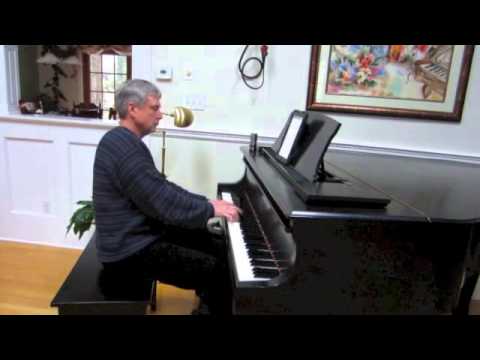 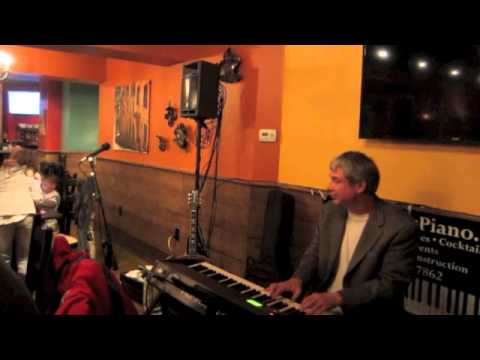 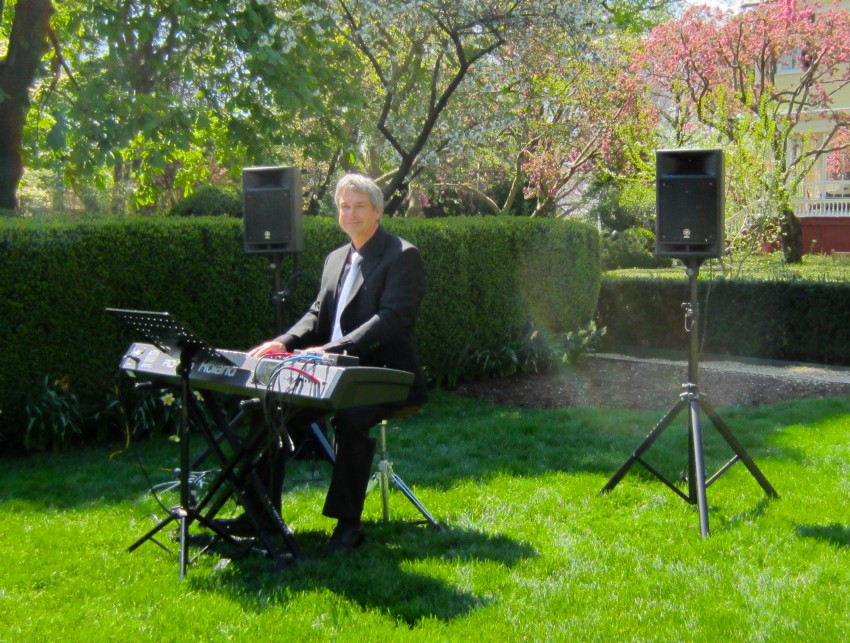 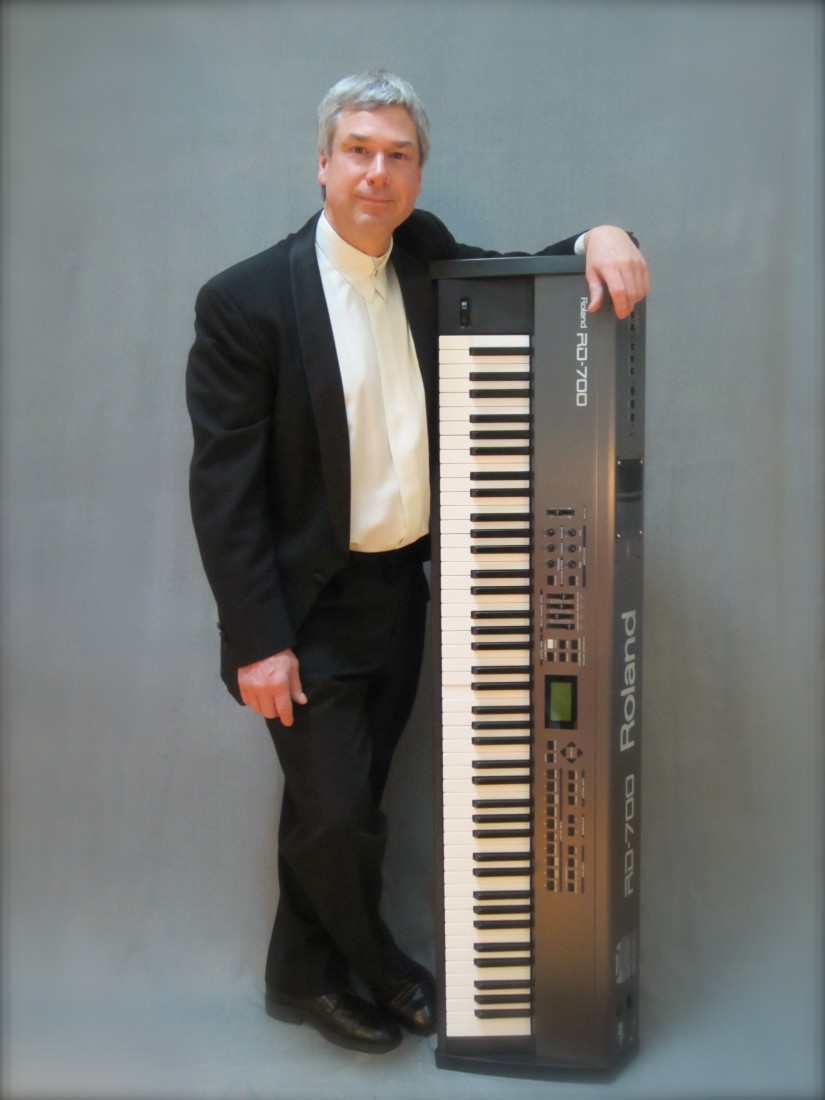 Bob is available to perform piano / keyboard music for your special event; from wedding ceremony, cocktails, reception, private or corporate events, he is able to provide a polished, class act of quality piano music to serve your needs. His repertoire consists of Jazz Standards, Broadway, Classical, Current Popular and Classic Rock selections. A typical set might include Night and Day by Porter (swing jazz), Awake My Soul by Mumford & Sons (current popular), Sun and Moon by Schonberg (Broadway), Us and Them by Pink Floyd (classic rock) to Clair de Lune (classical). Bob's current performance schedule finds him in Atlantic City, Philadelphia, New York City, and surrounding suburbs.

Bob was fabulous! Absolutely made the party! Great guy with a tremendous personality along with a wonderful piano talent. He was a hit and myself along with other family members will book Bob again!!
Thank you this was a great experience from start to finish.

Hi Diane and Family,
Thank you so much for the words of support ( and of course the prosciutto on bread)! Your Holiday House Party was one of the highlights of December, and I am looking forward to seeing you guy's again!
Bob

Bob was the highlight of the party! He was pleasant and engaging. Very professional and an overall talented entertainer!

Thank You for Tiffany , Chip and Marissa for both including live piano music to your party and the nice feedback! It was a pleasure to meet you, your family and friends. All the best for a Happy Holiday Season and New Year!
Bob

Bob Emmons provided piano music at a fundraiser cocktail party for an art museum in our town. His playlist was perfect, both in terms of the type of musical selections and the volume at which he played. He was also nice enough to bring along sheets of paper with the words to well known holiday tunes, and everyone sang along. Also, he was extremely professional in the way he interacted with our guests. Everyone felt he added a lot to our party. I recommend him wholeheartedly!

Thank you for the response Linda! I sure hope that I will see you again in the future at more events like this, and until then, all the best to you and your friends, and much success with your fundraiser.
Bob

Bob was fantastic! We hired him to play the keyboard at my Mother's 70th surprise brunch. He arrived early to set up and started playing prior to the first guest arrival. He was engaging with the guests and went around the room to take requests/suggestions. We would definitely consider him for any future musical events. I also would consider having him play at corporate events as well. Thank you Bob for a wonderful time! We loved it!

Thank you for going above and beyond!

Bob was a wonderful addition to our Christmas party last weekend! He played in a tent we had set up on our deck, which was not very warm because the heater was not working properly. He stayed out there in spite of the chilly air and engaged our guests. At the end of the party he had everyone, kids & adults, joining in a sing along. The guests loved it!! We made sure to book him for next year before he left the party.

My husband and I had the good fortune to book Bob for my 50th birthday party at our home. The party was a success and Bob was a huge reason why! Bob's showcase of timeless Jazz standards was great and our guests enjoyed him, too. I can say he proved to be a true professional with a wealth of music knowledge and is generally great guy. We plan to book Bob for future gatherings!

Alison and Eddie, thank you so much for the kind words. Likewise, it was good to meet you and your wonderful family. It was a privilege and an honor to provide you with some great music!
Sincerely,
Bob

Bob Emmons has been performing since age 7 on various keyboards, eventually landing him with cover bands playing anything from rock to big band jazz styles. He attended The College of New Jersey (previously Trenton State) and earned his Bachelors Degree in music education, with an emphasis on piano performance. He studied with Shirley Batchelor for his classical training, and since he always had an affinity for improvising and creating, continued jazz studies with numerous artists.
​
Bob dedicated 30 years to instructing children in the Hamilton Township New Jersey Public Schools, as an instrumental music teacher. In his most recent post he served in four elementary schools, with over 200 students in his roll book annually. Bob previously taught at Grice Middle school for 25 years as an instrumental music teacher, concert and jazz band director. In 2006, Bob was chosen to direct the New Jersey Region II Junior High School Jazz Ensemble, a division of the International Association of Jazz Educators.

Bob is now concentrating his efforts on building and teaching his Adult Class Piano program. His aim is to share his love of studying the piano and the joy of playing with as many people as possible through the enjoyable group lesson approach; Piano Time!

Bob is also available to perform piano / keyboard music for your special event, from wedding ceremony, party, or dinner with music, he is able to provide a polished, class act of quality piano music to serve your needs. His repertoire consists of Classical, Jazz, Broadway, and Current Popular selections. Bob performs an eclectic mix of music spanning many genres and time periods. A typical set might include Clair de Lune from Claude Debussy (classical), Groovin High by Dizzie Gillespie (jazz), Sun and Moon from Claude-Michel Schonberg (Broadway musical) to an improv version of Us and Them by Roger Waters and Rick Wright (Pink Floyd). To listen to music samples of Bob performing please go to the Music / Video Samples and Wedding Planner pages of this website.

If I use my personal keyboards / sound system, I do need a source for electricity. I have the extension cords.