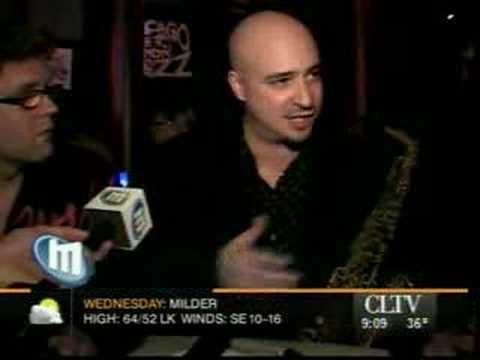 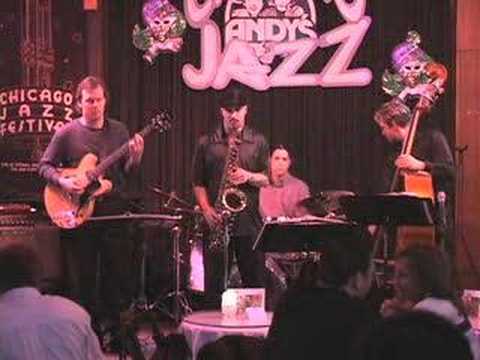 No Means No
BMR4

The BMR4 is a Chicago jazz quartet that features some of the best players in the city including members of the Buddy Guy,Lonnie Brooks, and Patrica Barber bands. We play the major venues in Chicagoland. We fit our musical selections to the event we are playing. The BMR4 is a highly versitle group, that besides straight ahead jazz , can incorperate blues,funk,cajan,latin, soul-jazz, and R&B. The BMR4 knows how to play upbeat music that engages an audience, even if your looking for background music. The BMR4 will perform a set worthy to the tastes of your clientele. Audio and video available on our website . Our cd label debut 'Turning Point' came out on Hallway Records in 2007.

First, these guys are amazing musicians. They sounded great and all our guests had only positive things to say about them. But on top of that, they were very easy to work with, very communicative, and really nice guys. We would hire them again without hesitation!

Chris and his band were fantastic! Friendly, on time, good communication prior to party, crowd pleaser, and easy to work with during our backyard party. Everyone loved them and we would definitely have them back! Thank you!

Reliable, quality music. The guests at our party loved them and the music. Would highly recommend.

Working with Chris was really a pleasure! His communication is on point and he really understood what we were looking for in a band. I received so many compliments from my colleagues today regarding the music at our holiday party over the weekend. Beautiful, fun and lively blues + rock music helped make the night a success! Would highly recommend Chris and his associates.

Their energy was amazing

BMR4 Quarter performed at our corporate dinner and they were outstanding. Their energy was infectious and everyone really enjoyed their sets. They were professional to work with throughout the entire process and were super flexible when we added an extra hour on the day of the show. I would highly recommend them and will contact them 1st for any jazz needs in Chicago.

The Chris Bernhardt Jazz Band Chicago was nothing less than PERFECT for our occasion/venue! Their variety and range, both virtuoso and smooth blended sound, brought everyone MORE than expected! They delighted ALL ages, all stages of affection for Jazz, and aslo added IMMEASURABLY to the chill vibe of the night! We LOVED the sound, the amazing talents of each player, and hope to invite this FAB BAND again to our next event!

BMR4 was a perfect choice for our holiday party. Chris was easy to communicate with and the music was great! I would highly recommend.

Great addition to our party!!!

Bmr4 was hired to entertain the residents of my retirement community and celebrate Mardi Gras! So many have already come to my office just to let me know how much fun they had last night and want to know when you will be back!!

Chris's response time and follow up was great! I was busy and doing everything on my own. He made it easier and I appreciate that. The music was Amazing!!! Many inquired as to who they were and how I got them. I found them here and my husband said, they opened for the show on our first date. I already knew it would be Great!

Such a wonderful addition to our event. Wonderful sound, yet still able to converse with Party-goers. Everyone loved them at the party.

The BMR4 is a highly versitle group, that besides straight ahead jazz , can incorperate blues,funk,cajan,latin, soul-jazz, and R&B. The BMR4 knows how to play upbeat music that engages an audience, even if your looking for background music.

The members of the group have been on Letterman, Leno, etc... and have travelled all over the world playing music

We are excellent to playing for the room. Please check out more at www.bmr4.com. Please note if price is out of your budget, we can do trios and duos.If you want to expand the group, or add a singer that is possible also.

Chicago is one of those unique cities that has always been on the pulse of vangard change in popular music. Although the city is known most for its blues , Chicago has also played a leading role in the performance, recording, and artistic evolution of jazz. The BMR4 (Bernhardt, Moynihan, Rodbard quartet), veterans of the Chicago music scene, have proved to be quite adaptable in creating noteworthy musical mixtures of all idioms. You can hear in their jazz sound, flourishes of the city's blues, rock and R&B scenes.
As legendary guitarist Robert Johnson put it, Chicago has been a "sweet home" for the blues. As the most recognizable cultural signature that the city has produced, its rich sense of origin and history still shapes music and social practice throughout the Windy City. Chris Bernhardt, Jay Moynihan, and Mike Rodbard had their musical baptism in the blues-roots rock band The Buzz. Although the group made two recordings, sold over 10,000 recordings, and toured the country, these musicians' chops developed significantly while playing as the house band at Buddy Guys Legends. It was there that they backed up legends such as Buddy Guy, Junior Wells, and Otis Rush. Through the many gigs and tours, the band found out they had a mutual affinity for jazz, and missed playing the music they grew up on. They formed BMR4, found a regular engagement, and began to develop their sound.
But The BMR4 needed a guitarist. Neal Alger had known Chris Bernhardt for years growing up together in the same south suburb neighborhood. Performing or recording with Lin Haliday, Howard Levy, Grazyna Augusich, and Ed Thigpen, Alger, due to his lyrical soloing and accompanying , had become one of Chicago's greatest and most in demand guitarists. The group soon recorded a standards demo and set out to get some work.
Success came fast for the BMR4, which was unusual for its groups member who had spent years "paying their dues". It helped that the bands' live show is an energetic,vigorous experience, in which the repertoire leaps around from 60's modal jazz,standards, modern R&B, 12 bar blues, to unique interpretations of pop classics. They soon began playing major venues in the Chicagoland area.Success also came to the groups members with Alger, Moynihan, and Rodbard being picked up for the bands of Patrica Barber, Buddy Guy, and Lonnie Brooks respectively. In the spring of 2006 the band signed with Hallway Records.

Venues that we are playing that you might be familiar with include Andys, Green Mill, both Pops For Champagne, Issac Hayes,Navy Pier, and benefits for Mayor Daley. We are a extremly versitle group that can play many different styles and are excellent to playing for the room. Please check out more at www.bmr4.com. Please note if price is out of your budget, we can do trios and duos.If you want to expand the group, or add a singer that is possible also.


THE MEMBERS OF THE BMR4

nothing special- ask for specs

We play to the room and rely on instinct from many years of performing live than a standard set list. That being said, per request , we can provide a song list.

just be close to electrical outlets

Everyone I spoke with at the wedding loved the band! Thanks!

BMR4 was fantastic at our wedding. So many people commented on how much they loved the band. Having a live band definitely upgraded the wedding, and we are completely satisfied. Thank you!!

BMR4 was absolutley wonderful. Professional,great communication, on time, and reasonably priced. The guests at my event loved them. I would hire them again. GREAT MUSIC!!!!!!

We couldn't be more pleased with our experience with BMR4. They were professional, accommodating and, above all, just extraordinarily good at what they do. BMR4 elevated our wedding to a plane it would not otherwise have reached. I have already recommended them to two soon-to-be-married people, and will seek their services again if I need a band for a function again. They're a steal.

Would highly recommend Bmr4! The crowd loved the band and they could not be more accomodating to work with during planning. Great job!!