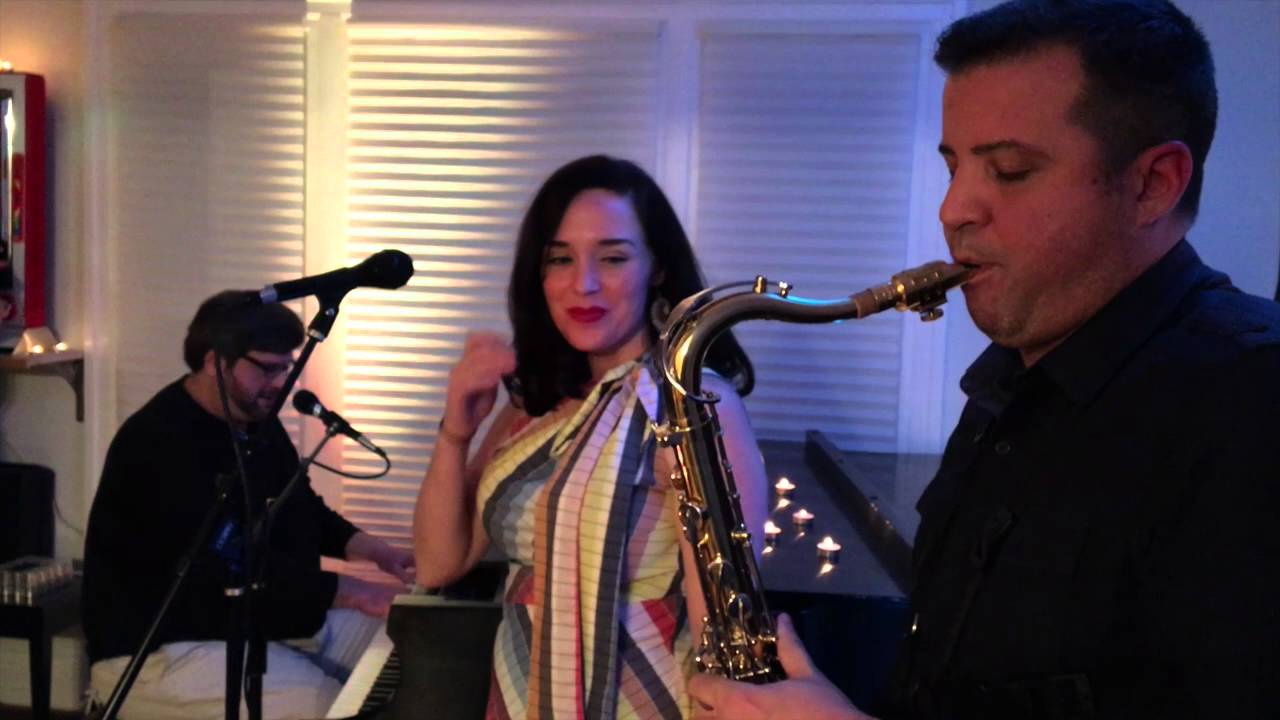 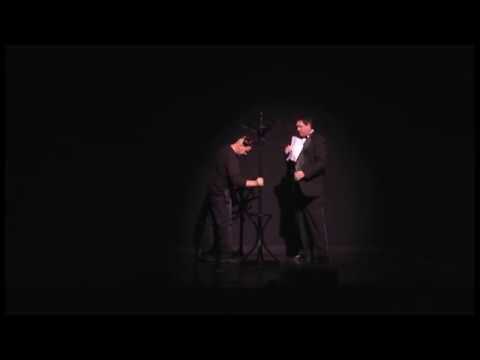 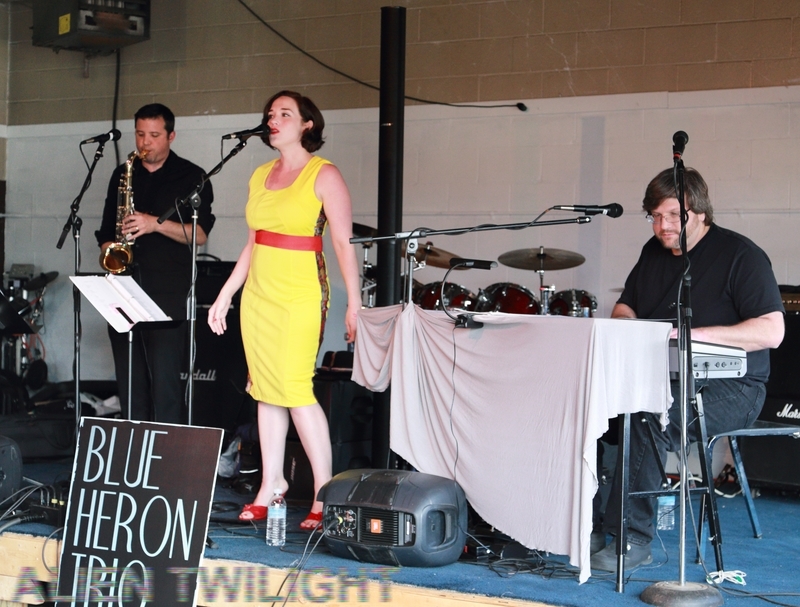 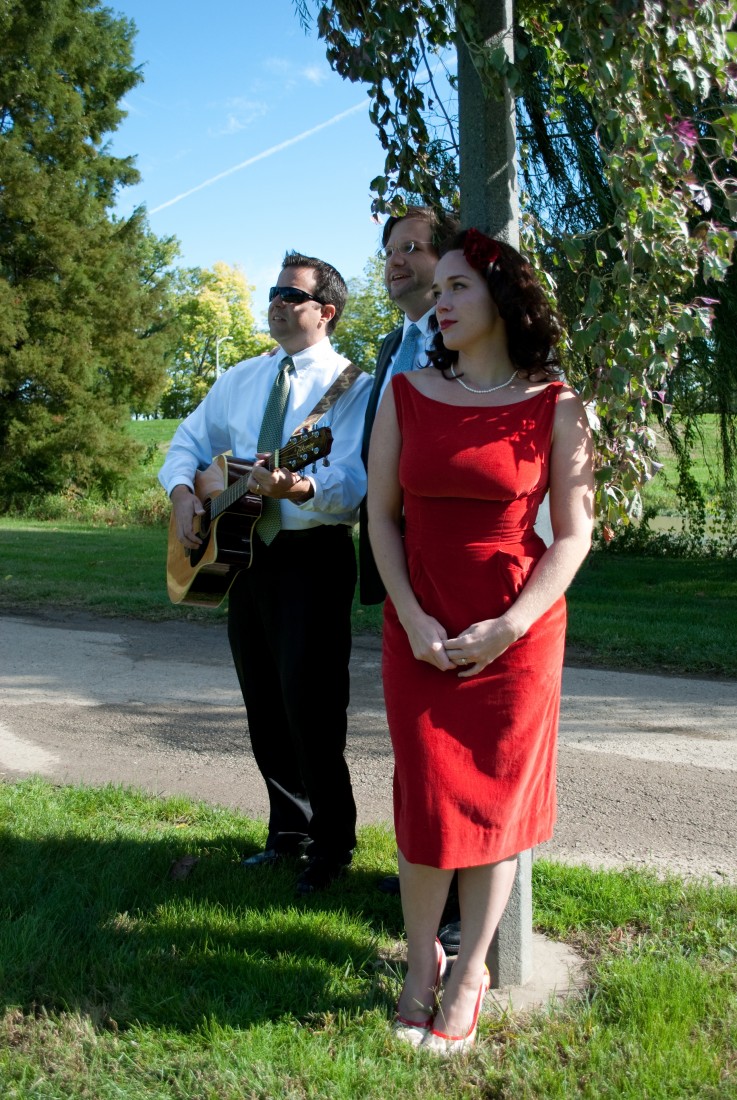 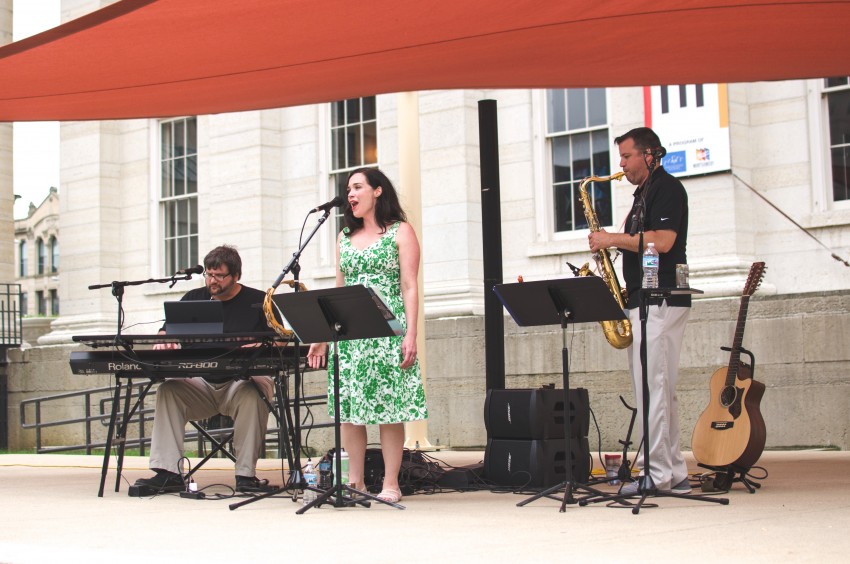 The Square Is Where, Dayton, OH

Blue Heron Trio is a Dayton, Ohio-based jazz/blues/pop band that features vocalist Elisha Frontz, Phil Myers on saxophone and acoustic guitar, and Dave Santucci on keyboard. Whether it's an original song, a jazz standard, or a completely unexpected lounge rendition from another genre, the trio performs with a deeply personal and authentic touch. They are listed in the top 100 jazz acts in the United States by the international independent music site ReverbNation. They can be seen regularly at restaurants, private parties, weddings, festivals, and fund raisers throughout Ohio and the midwest.

So happy and pleased with the groups performance. Our guests were absolutely raving about this group and asking when they would be playing at our place next. Super professional and amazing talent! Would recommend to anyone!!

They were fantastic! Exactly what I had anticipated and more! Professional in every manor...I will definitely use them again and recommend them!!

Blue Heron Trio offers a unique blend of old and new, with a repertoire of amazing music spanning over 80 years. They can provide up to 4+ hours of romantic, sultry jazz, blues, and pop. Their Bose sound system is expertly attuned to the volume and sophistication level that will provide your event with that perfect touch of class. Elisha, Phil, and Dave have each worked for years as professional musicians, and they have earned outstanding reputations for their professionalism and musicality.

In 2011 three close friends came together in Dayton, Ohio to produce voluptuous jazz and pop tunes. Blue Heron Trio is the culmination of their combined 20 years of playing in punk, pop, folk, jazz, and cover bands. Reviewed as "one of the prettiest voices in Dayton" by (link hidden) vocalist Elisha Frontz leads listeners on a sensual journey through musical eras gone by, imbuing the music with a fresh, young feel. Phil Myers, formerly a musician for the United States Army, accompanies with lush saxophone riffs and gentle acoustic guitar. Dave Santucci solidifies the groove on the keyboard with his decades of piano experience. Whether it's an original song, a jazz standard made famous by Ella Fitzgerald, or a completely unexpected lounge rendition from another genre ("Sweet Child 'O Mine" by GunsNRoses is a crowd favorite), the trio performs with a deeply personal and authentic touch. In September 2013 Blue Heron Trio took the stage at the Dayton landmark Schuster Center for the Performing Arts as finalists in gala event "So You Think You Can Play The Schuster”. In 2015 Blue Heron Trio released their first album. Currently, the video for their single “Siren Song” can be viewed on the NPR Tiny Desk Concert website. They are listed in the top 100 jazz acts in the United States by the international independent music site ReverbNation. Their music can be heard on radio stations such as W937 and WYSO. They can be seen regularly at restaurants, private parties, festivals, and fund raisers throughout Ohio and the midwest.

Blue Heron Trio needs access to electricity, and a minimum of 25 square feet to perform.

We are always working on new material, but here is a list of the songs you can expect to hear at a Blue Heron Trio gig, in no particular order:

It's Alright With Me by Cole Porter
You Took Advantage of Me by Rodgers and Hart
Fever by Little Willie John
These Boots Are Made For Walking by Nancy Sinatra
Is You Is Or Is You Ain't My Baby? by Louis Jordan
How Insensitive by Antonio Carlos Jobim
La Mer by Charles Trenet
Embraceable You by George and Ira Gershwin
Dream A Little Dream of Me by Gus Kahn
Too Darn Hot by Cole Porter
Stella By Starlight by Victor Young
Brass In Pocket by The Pretenders
Prelude To A Kiss by Duke Ellington
Alright, Okay, You Win by Peggy Lee
Peel Me A Grape by Dave Frishberg
From Eden by Hozier
Lover Man (Oh, Where Can You Be?) by Billie Holiday
'Round Midnight by Thelonious Monk
Moondance by Van Morrison
Waiting in Vain by Bob Marley
Call Me by Blondie
Heatwave by Martha and the Vandellas
I Will Wait For You by Mumford and Sons
P.S.,I Love You by Gordon Jenkins
The King Knows How by Over the Rhine
Just the Way You Are by Billy Joel
The Scientist by Coldplay
Good Night Moon by Shivaree
It's too Late by Carol King
Summertime by George and Ira Gershwin
I Put A Spell On You by Screamin' Jay Hawkins
Killing Me Softly as performed by Roberta Flack
Sweet Child 'O' Mine by Guns N' Roses
Tainted Love by Ed Cobb
Lady Sings the Blues by Billie Holiday
You Are the Sunshine of My Life by Stevie Wonder
My Funny Valentine by Richard Rogers and Lorenz Hart
Ain't No Sunshine by Bill Withers
Yesterday by the Beatles
Michelle by the Beatles
America by Simon and Garfunkel
Sway by Rosemary Clooney
Trouble by Over the Rhine
One Note Samba by Antonio Carlos Jobim
Black Coffee by Peggy Lee
Fever byPeggy Lee
Misty by Erroll Garner
With or Without You by U2
Somebody That I Used to Know by Gotye
Here Comes Your Man by the Pixies
I Feel the Earth Move by Carol King
House of the Rising Sun (a traditional American folk song)
Stormy Weather by Harold Arlen and Ted Koehler
Overkill by Men at Work
So Far Away by Carol King

Requests? Suggestions? We would love to hear what you think!