Blood Red Sky - A Tribute to U2 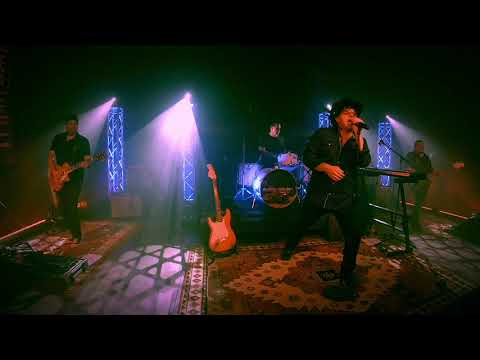 Performing the greatest hits spanning the 40 year career of one of the most iconic rock bands of all time, Blood Red Sky is a premium tribute to U2 that delivers the high octane energy and skilled musicianship of the legendary hall of fame group.

A premium tribute to the 40+ year musical legacy of U2. Blood Red Sky strives to recreate the LIVE music experience of U2.

Blood Red Sky - A Tribute to U2 combines the talents of four distinct award winning musicians and blends them into a tribute band with a personality and charisma all its own. With a house of worship musician, an originals musician, a cover musician, and a guy with a pedal for every day of the year, no one was sure what to expect when the band first formed. It soon became clear at the first full practice that, “We might have something here.”

BRS strives, with great attention to detail, to recreate the live music sound of U2. With over 30 hits songs on Billboards Top 100 a set list can get quite cumbersome, but BRS squeezes in as many of your favorites as they can each and every show. If you didn’t hear your favorite song it will probably be played at the next gig.

BRS is currently gigging at a club near you.

Beautiful Day
Vertigo
New Year's Day
I Will Follow
Bullet the Blue Sky
Mysterious Ways
Sunday Bloody Sunday
Electric Co.
Desire
Elevation
40
With or Without You
I Still Haven't Found What I'm Looking For
Bad
Pride (In The Name Of Love)
Where the Streets Have No Name
One
In God's Counrty
The Fly
Who's Gonna Ride Your Wild Horses
Until the End of the World
Hold Me Thrill Me Kiss Me Kill Me