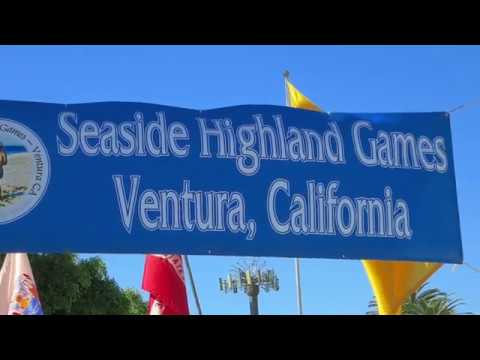 Blackwaterside at the Seaside Highland Games 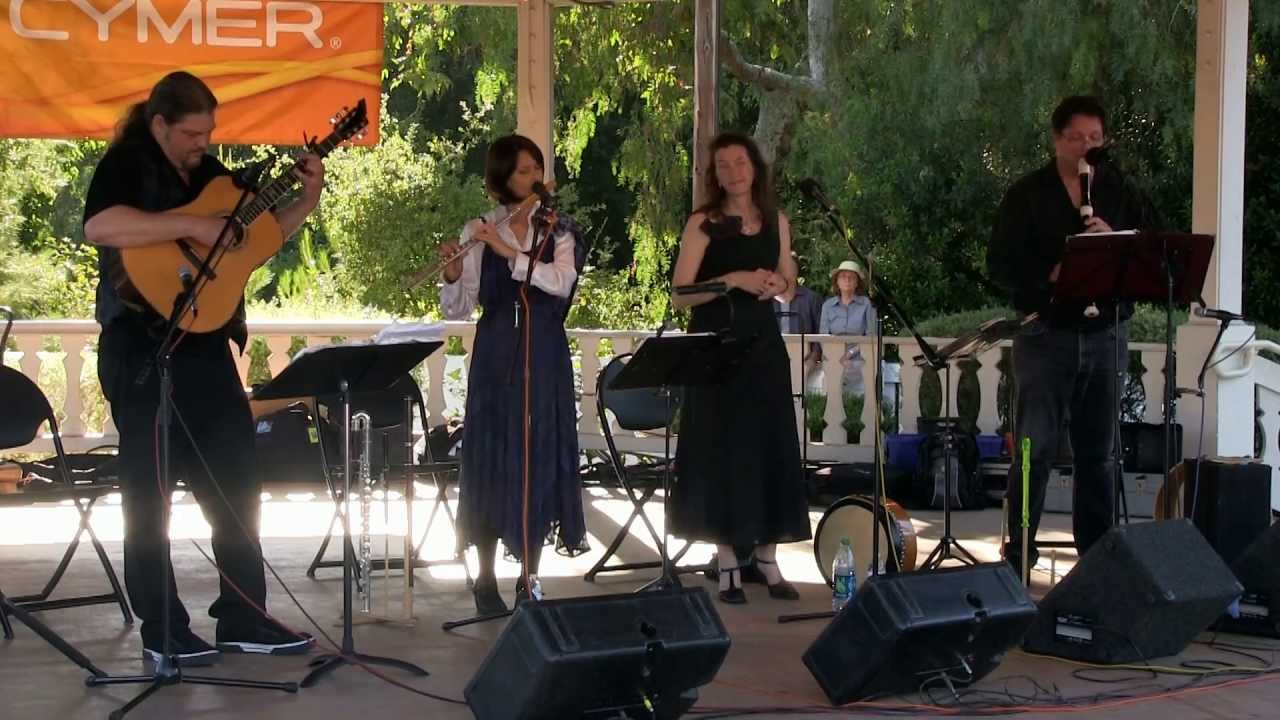 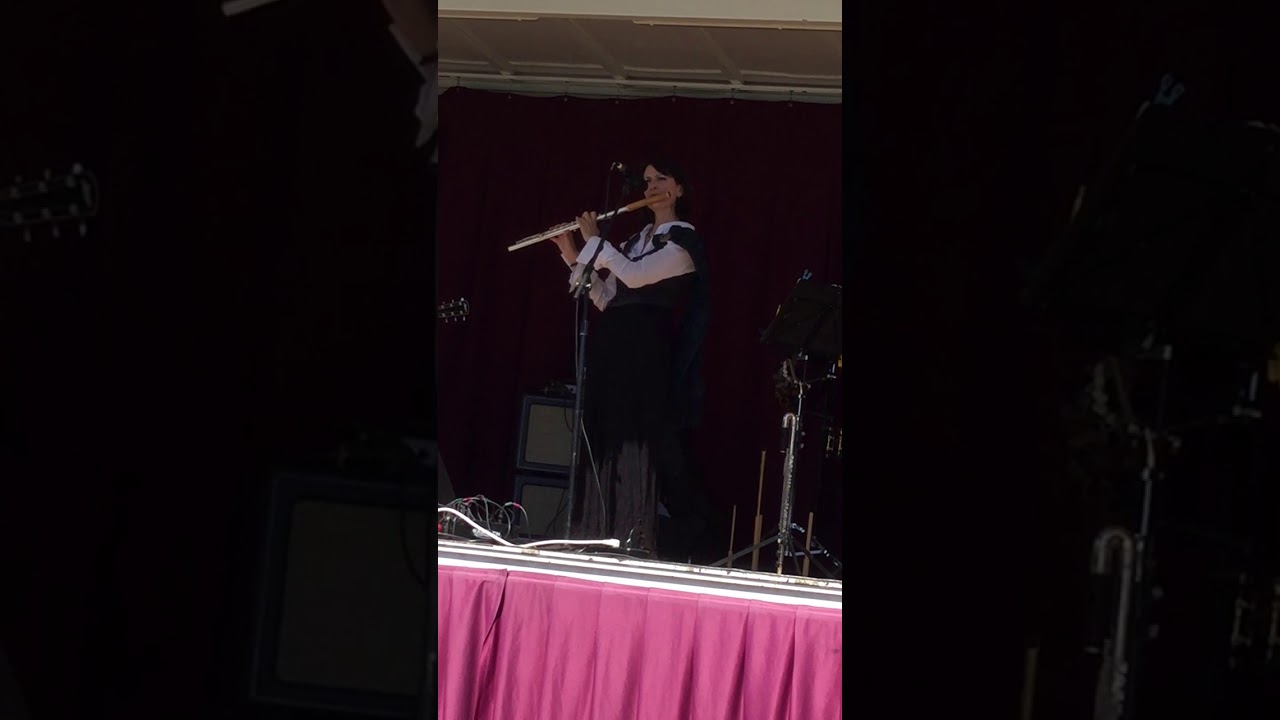 She Moved Through the Faire 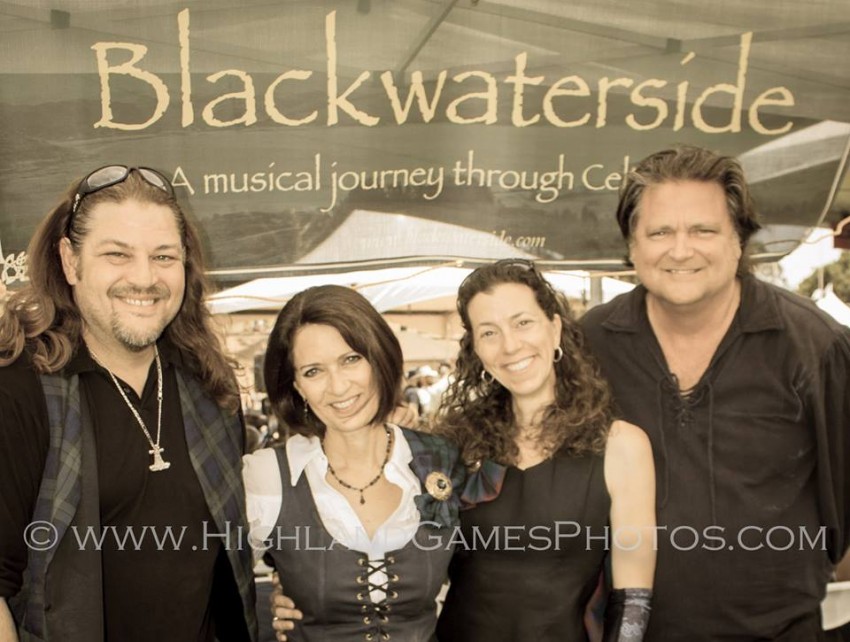 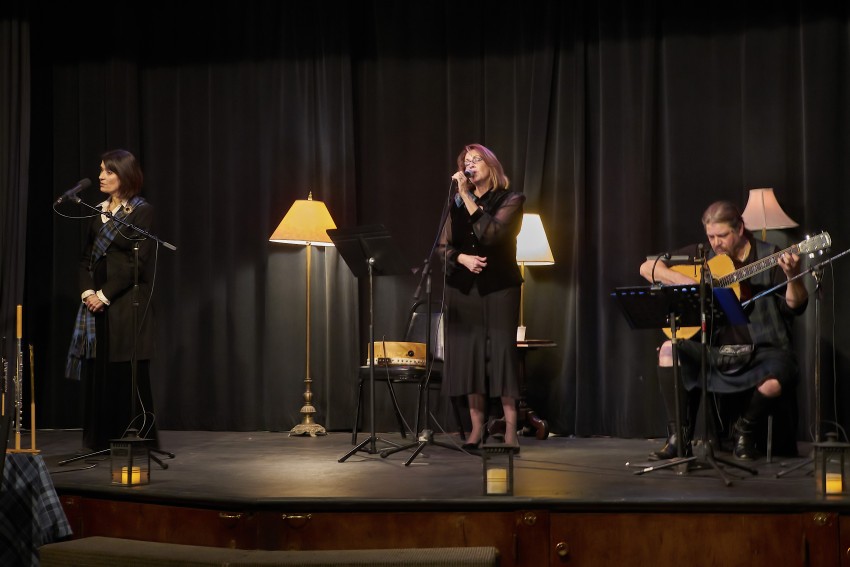 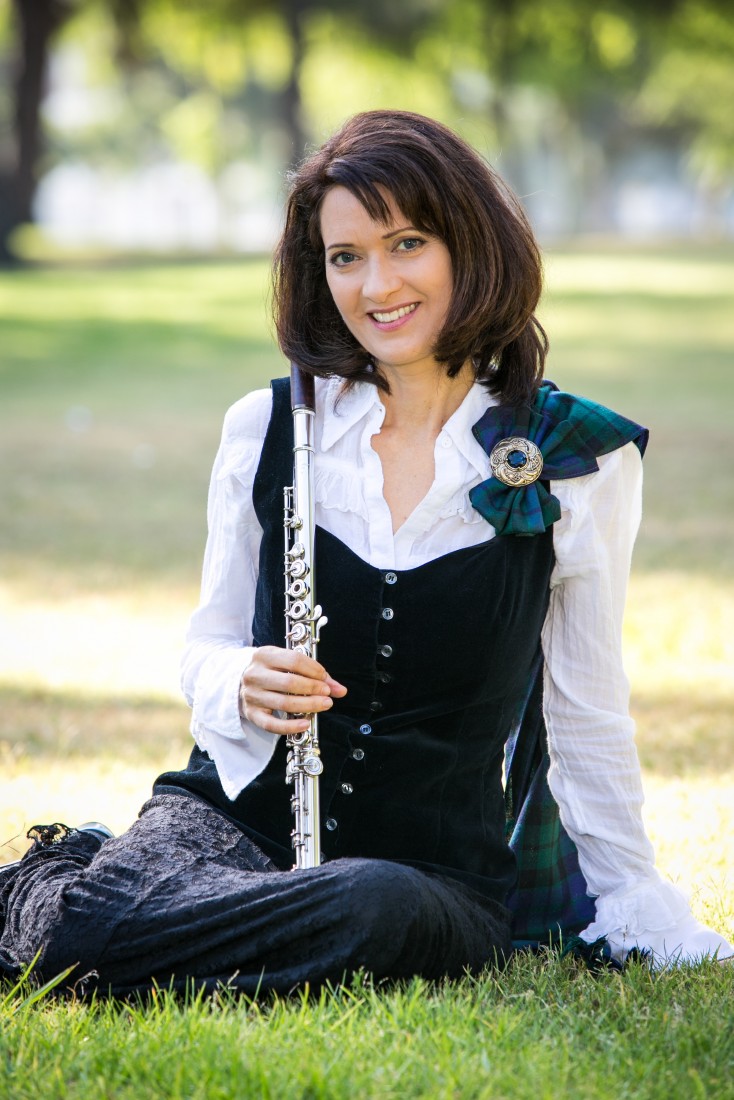 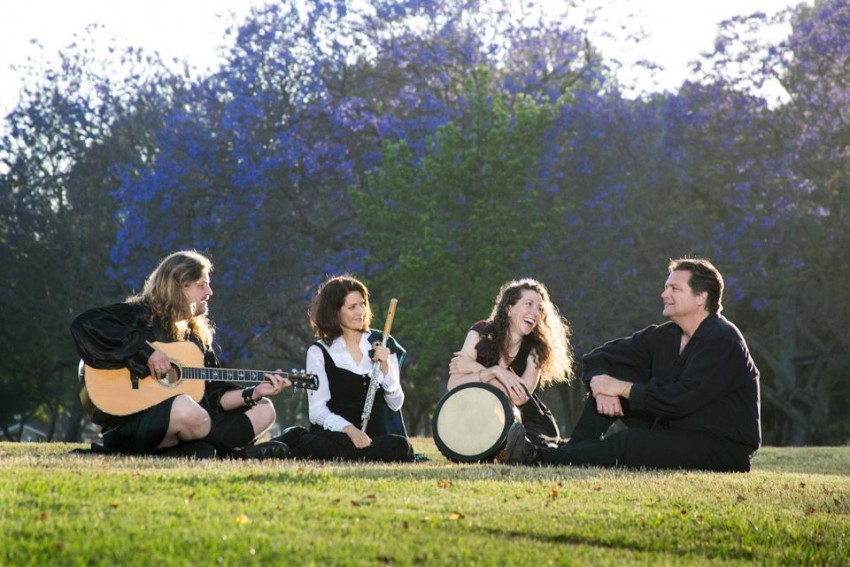 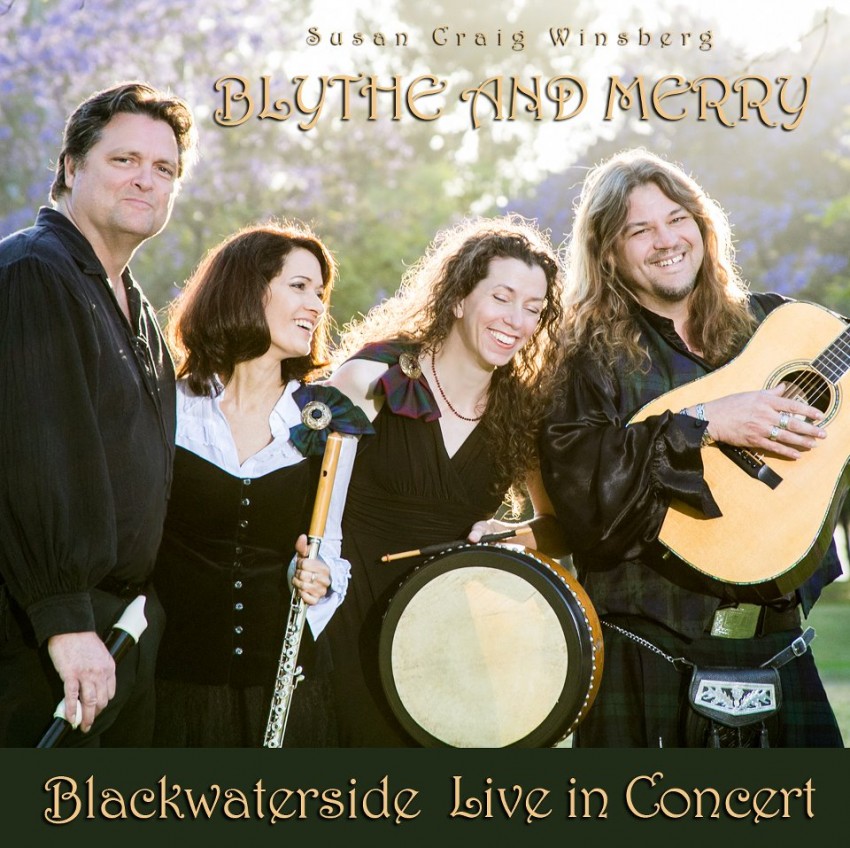 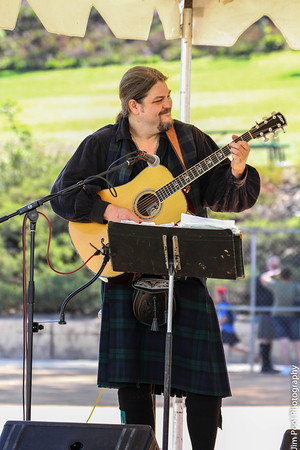 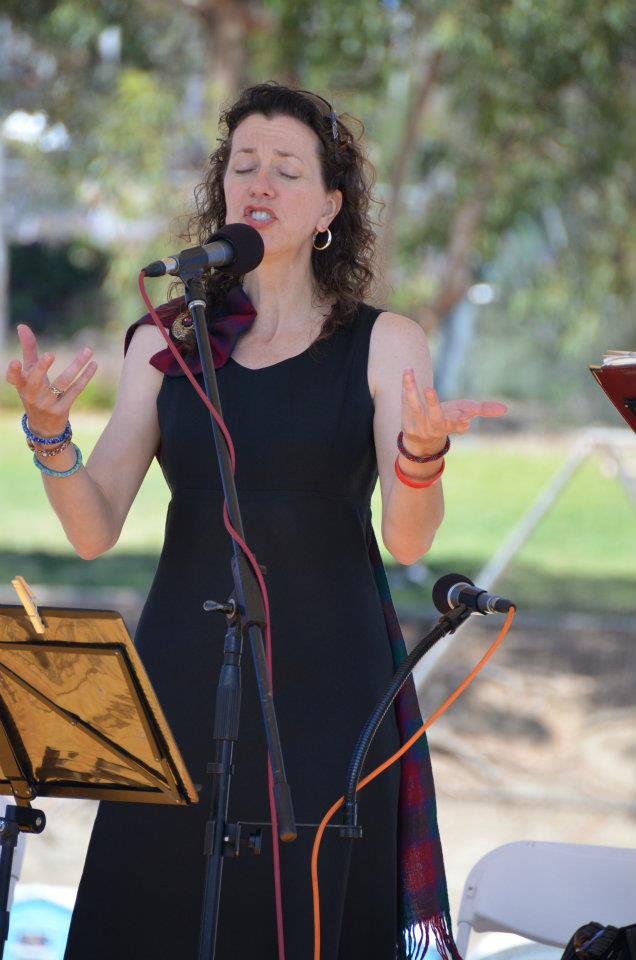 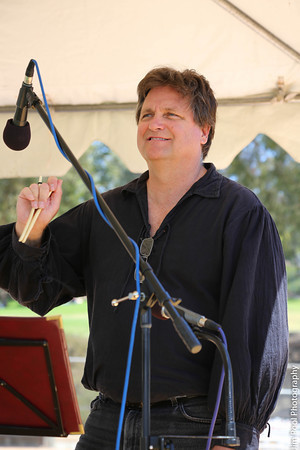 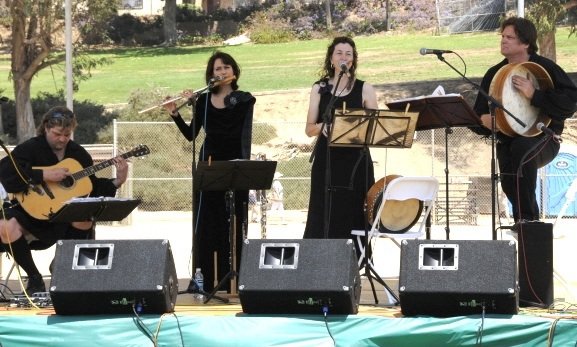 Blackwaterside at the San Diego Highland Games with Christa Burch 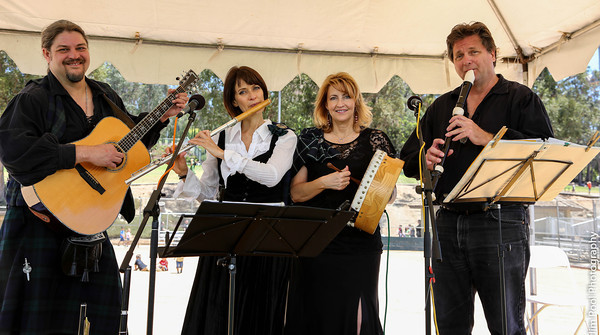 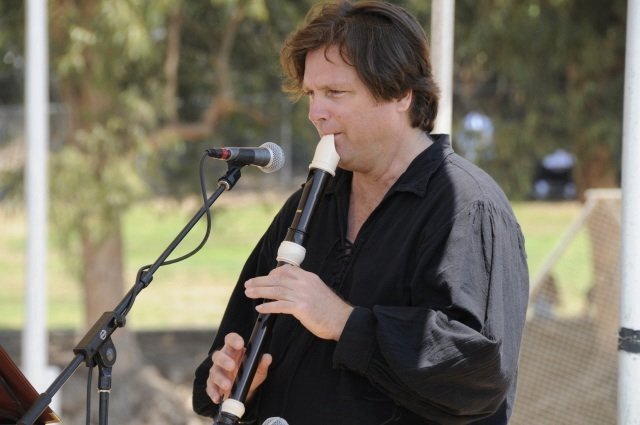 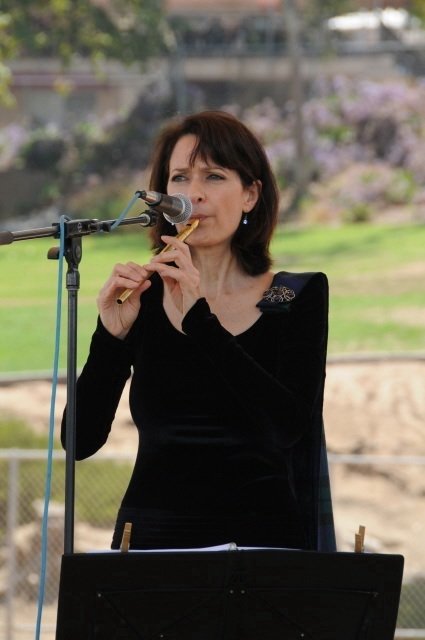 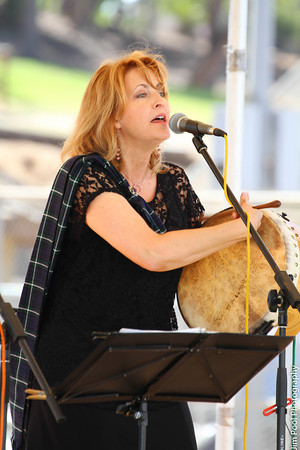 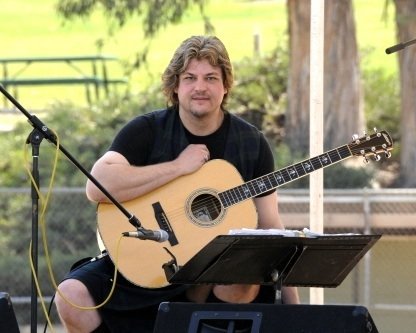 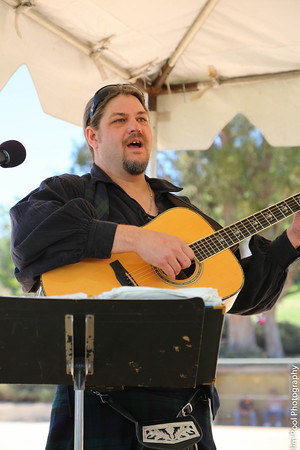 We play Celtic music, Scottish and Irish, as a duo, trio, quartet or more. The music can be mellow or upbeat, depending on the occasion -- everything from haunting Highland melodies and Irish aires, to foot-stomping jigs and reels and Irish pub songs, or raucous Celtic rock. We cover it all!

Blackwaterside brought a wonderful atmosphere to our wedding reception, and everyone loved their performance! If you would like to bring that beautiful and rich cultural element that celtic music can provide, I completely recommend working with Blackwaterside!

Thank you so much, Ayaka! We loved playing for your beautiful, culturally rich wedding. It was an honor to be a part of your special day. I have to say, when Sean sang and played that song you asked us to learn for your first dance, "And I Love You So" by Don McLean, I could hardly keep from crying, it was so touching -- and it's hard to play flute when you're crying!

Congratulations on your beautiful wedding, and once again, thank you so much for letting us be a part of it.

This group is very pro and they really entertained public - people were cheering and clapping and enjoying the music. Was great! Will invite them again. Thank you!

Thank you, Svetlana! We had a great time, and your guests were so friendly and really seemed to enjoy our music. We truly appreciate it!

Lovely duo with guitar and flute....perfect for our event and Susan was so wonderful to work with....

Thank you so much, Veronica. It was truly a lovely event, and we were honored to be a part of it.

Whether it’s the Celtic music savvy crowd at a Scottish Highland Games or the families at a Sunday concert in the park, Blackwaterside never fails to capture an audience. I know that any time I book these four musicians, it’ll be a great show.

Susan Winsberg leads the group with her flutes and whistles. Drawing on her Scottish heritage, she interprets the traditional music of Scotland and Ireland with great skill. She moves easily from the familiar silver flute to the piccolo, a wonderfully mellow wooden flute, and Irish whistles. The incredible sound of her bass flute (Christa calls it “Nessie”) always gives me shivers.

I love to hear Christa Burch sing. Her voice is rich and warm, and she is great interpreter of the Irish and Scottish music she loves. Her lively and expressive bodhrán playing adds a happy touch to the music. Guitarist Sean Clegg’s background in classical and rock music informs his interpretation of the Celtic repertoire. His interplay with Susan’s flute adds a great depth to the music, and it’s a treat when he takes a vocal solo. Tim Blair plays recorder or whistle in harmony with Susan’s flute, and he adds percussion to the band with his bodhrán and bones.

With any great band, the total performance is more than the sum of the individual contributions of its members, and that’s certainly true for Blackwaterside. The show is always hugely entertaining, and the audience leaves with a smile.

Thanks so much for your kind words! It's always a great pleasure to play for the enthusiastic and appreciative audiences of San Diego Folk Heritage concerts and the San Diego Highland Games. Thanks again!

Blackwaterside is our go to band for all our Scottish themed events. The group led by Grammy award winner Susan Craig Winsberg embodies incredible musical and vocal talent. Over the many years the St. Andrew’s Society of Los Angeles has worked with Susan, she and her band have never failed to deliver. There are other Celtic bands out there but as the leading organization in Los Angeles devoted to the promotion and preservation of Scottish culture we demand the real thing and that is why we repeatedly rely on Susan and Blackwaterside.

Thank you, Ian! We love playing for the St. Andrew's Society, and are honored to be your go-to band for Scottish music. It sure feels good to be called the "real thing!" Whether we're playing background music for your cocktail hour and dinner, or featured songs during your presentations, or accompanying your guests for Scottish Country dancing, we always feel that our music is appreciated and loved by your guests. That makes it all the more special to play for the St. Andrew's Society. Thanks again!

Blackwaterside is a professional group who has been together for over twenty years. We are polite, hard working, responsible and well groomed. We can dress in a "Celtic" style, if desired, or concert black, elegant or nice casual -- whatever the occasion calls for. We will arrive on time and play extremely high-quality music, and we are flexible and amenable to your needs.

The level of musicianship in Blackwaterside is extremely high (with advanced degrees in music and Susan having two Grammy awards), and your guests will definitely be impressed! We can be jolly and lively and make everyone kick up their heals, and we can play moving Celtic ballads that will bring a tear to your eye. Blackwaterside is known for its variety and versatility. We are also classically trained, so we can offer many styles.

We are happy to play background music, and we are also fully capable of holding an audience's attention for hours in a concert setting. Either way, you're getting top quality!

The band Blackwaterside was formed in 1995 by Grammy-award-winning flutist Susan Craig Winsberg in celebration of her Scottish heritage. Since then they have released four CDs and have played countless concerts and festivals, receiving great public acclaim.

Blackwaterside is known for their unique and original approach to traditional Scottish and Irish music, alternating lively, upbeat tunes with lyrical and haunting ballads, all performed with an enchanting variety of colors and textures that keep the sound forever fresh. Audiences are inevitably moved and greatly entertained by the soulfulness and spirit of a Blackwaterside Celtic music performance.

The Blackwaterside band features Susan Craig Winsberg on flutes and whistles and master guitarist and vocalist Sean Michael Clegg. Blackwaterside's additional/optional musicians include vocalists/bodhrán players Laura Browne Sorenson and Christa Burch, Tim Blair on percussion and recorders, Gee Rabe on accordion, and Peggy Skomal on Celtic harp. The possibility for colors, textures and styles are endless with Blackwaterside, and the quality is consistently superlative.

Blackwaterside can play acoustic or amplified. We can bring our own equipment, if necessary. Lighting is optional. Since we offer everything from a solo to a quintet or even sextet, the amount of space we need varies.

If playing outdoors, we need shade or cover, and our instruments can't get exposed to rain. But besides that, we're very flexible.

This varies from gig to gig.