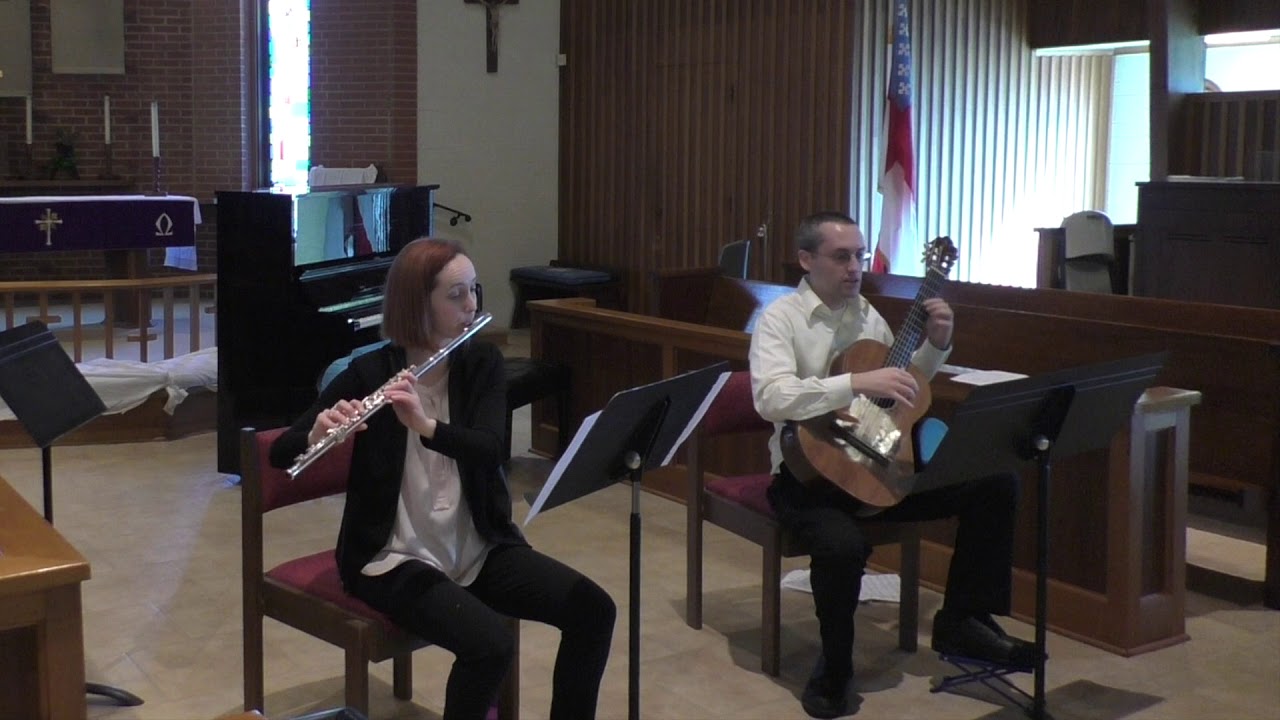 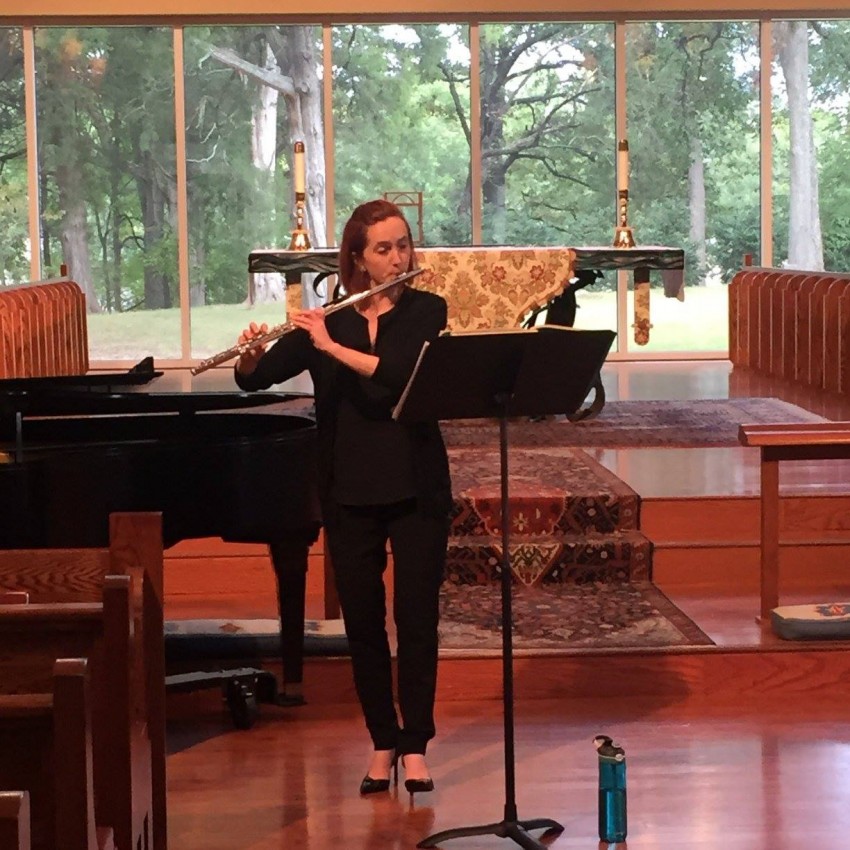 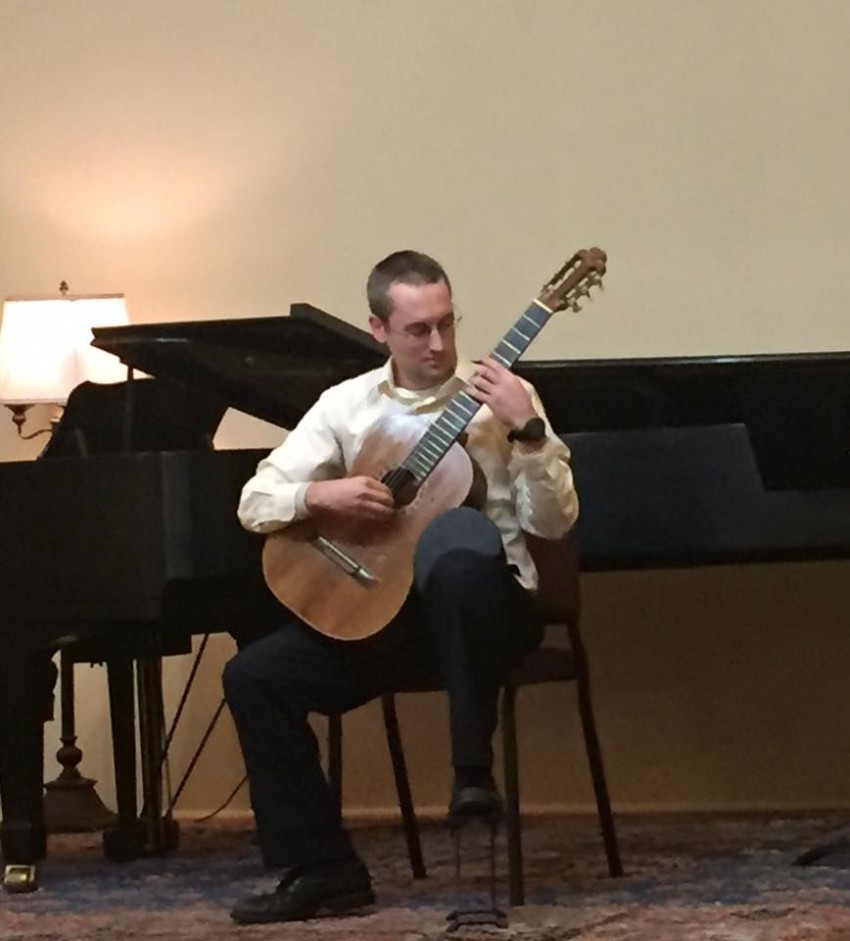 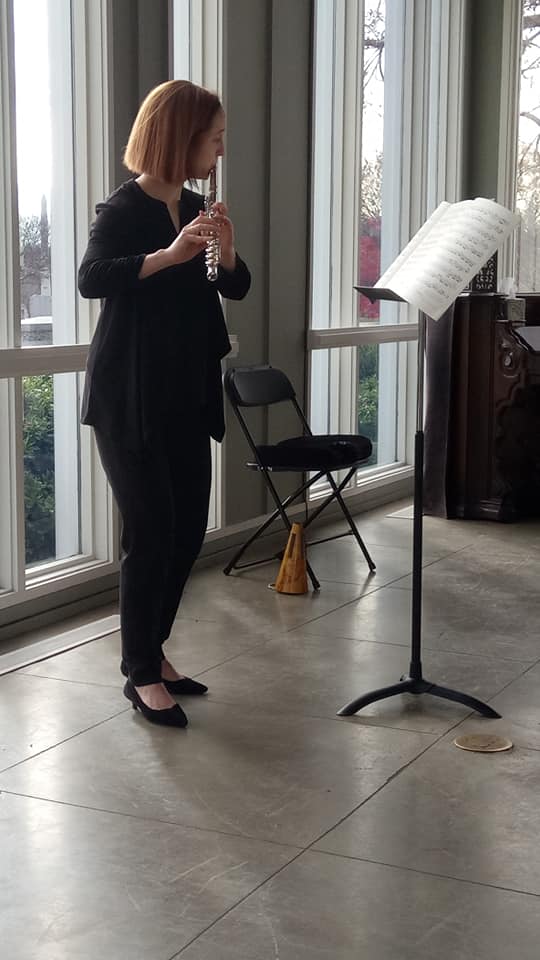 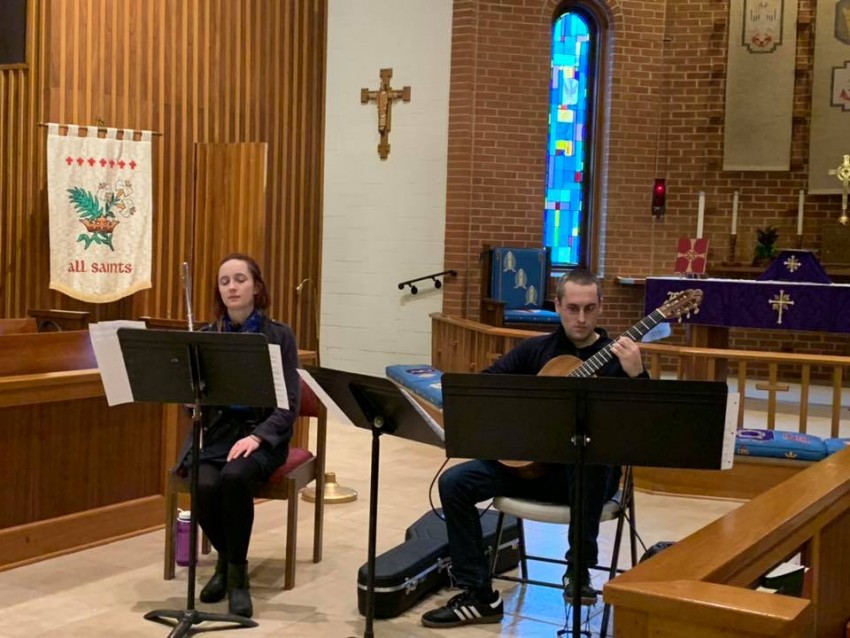 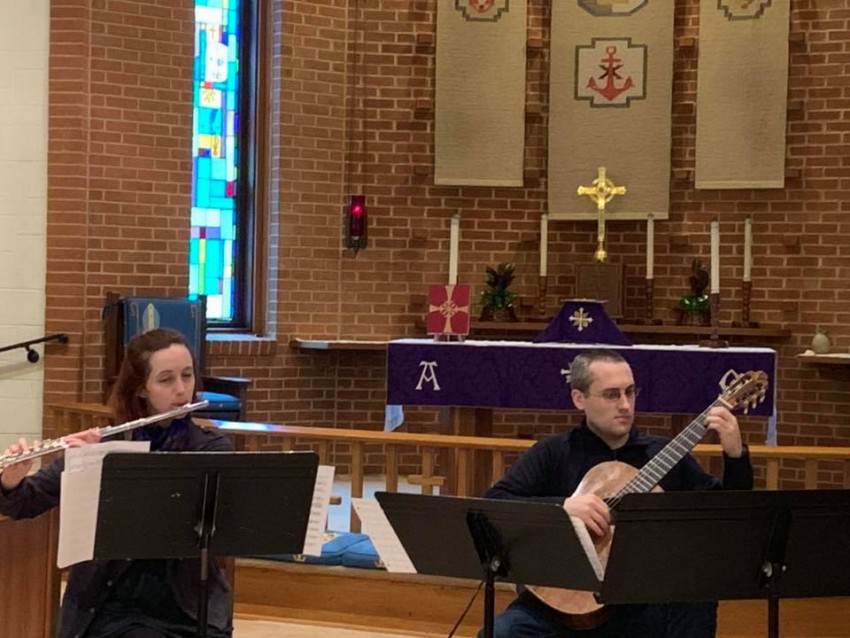 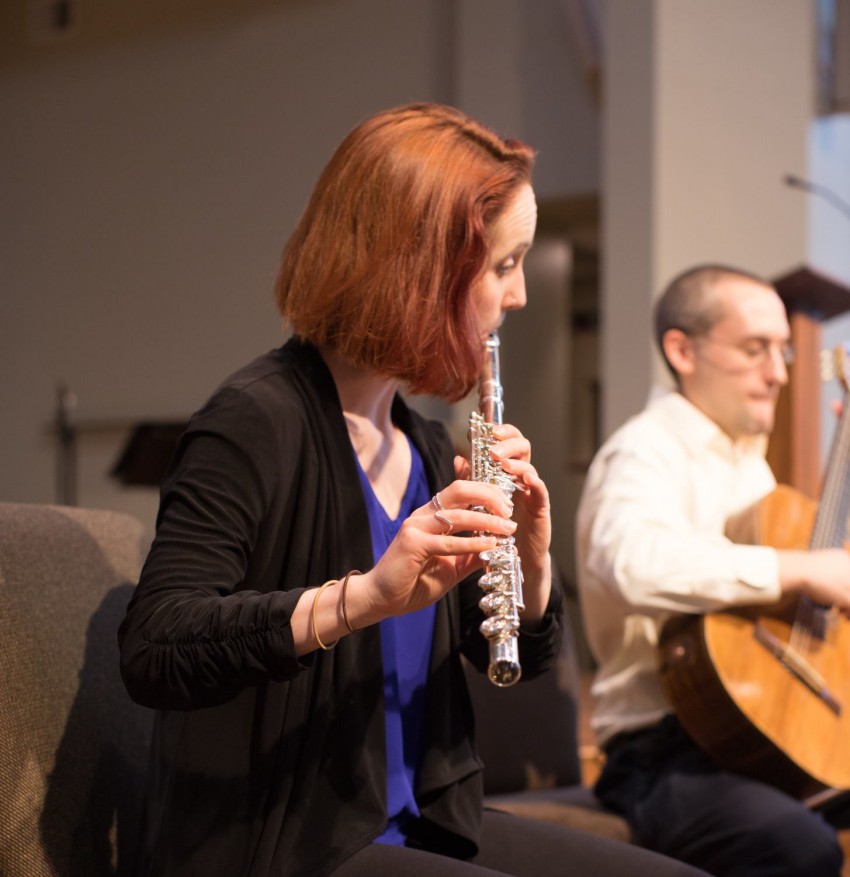 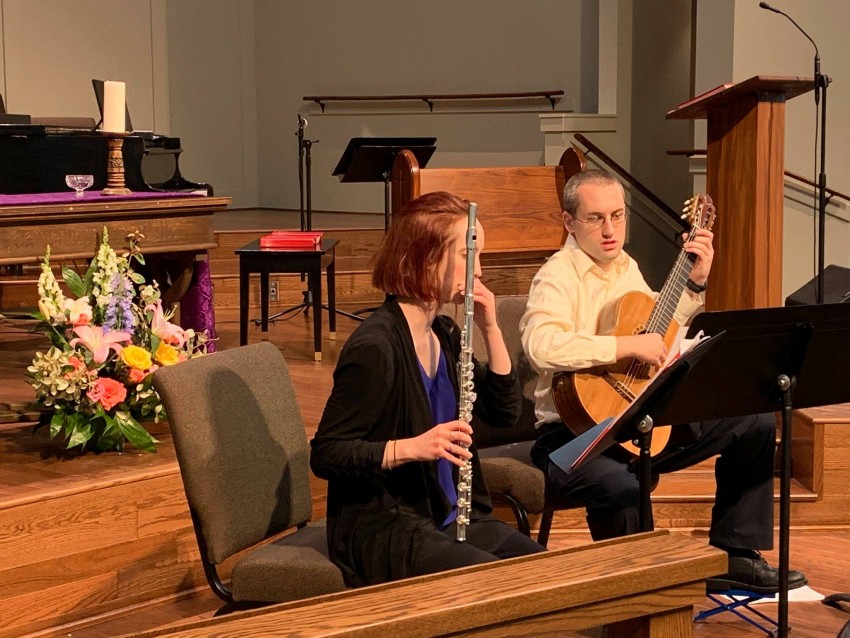 The Spottswood duo can perform a range of classical repertoire, and will work with you to create the perfect soundtrack for your event. We are happy to accommodate requests.

Thank you - many great comments from our guests

I appreciate the review, glad they liked it!

We provide quality classical music that is perfect background music for dinners, corporate events, fundraisers, art shows, and more. We typically charge $75 an hour, play 50 minute sets separated by a 5-10 minute break, for a total period of up to 3 hours.
An example of our playing:
https://www.youtube.com/[…]&amp;fbclid=IwAR2x72Jk0cb4VVPjRbkEkkjozpRTXZZLS5Yw1IIiocFU9YQ-cUYPaGuAMDE
We are also available to provide music for wedding ceremonies.

Ben grew up in the city of St. Louis, where he began studying the guitar at the age of 6. As a member of the St. Louis Classical Guitar Society, Ben played in numerous masterclasses with such notables as Christopher Parkening and Los Romeros, performed with the Opera Theatre of Saint Louis and the Metropolitan Orchestra of Saint Louis, and played at numerous weddings, fundraisers, and other events. In 2014, Ben graduated from Saint Louis University, where he was a recipient of the Arion Award for Music. Ben is currently pursuing his PhD in biomedical engineering at the University of Memphis. In April 2017, Ben was awarded third place in the classical guitar Young Artist Competition of the Beethoven Club of Memphis.

Kelly Herrmann has performed with the Memphis Symphony, Opera Memphis, Arkansas Symphony, Midland-Odesssa Symphony and Chorale, The Orchestra Now (TŌN), and Orchestra of the Americas. She has enjoyed a truly international career, most recently performing in Eastern Europe and Scandinavia on Orchestra of the Americas' Nordic-Baltic Legacy Tour. As a member of the National Youth Orchestra of Canada, Kelly toured extensively throughout Canada and the United States and was selected to travel with the NYOC to Bangalore, India, to serve as a musical mentor for their Canada-India Youth Orchestra project. She also performed with the Bard College Conservatory Orchestra on their groundbreaking tour of Cuba in 2016 and toured China as the principal flutist of the Vermont Youth Orchestra. An active solo artist and chamber musician, Kelly performs regularly with Memphis' Luna Nova Music. She was awarded 1st prize (senior wind division) at the 2017 Young Artist Competition of the Memphis Beethoven Club and was a winner of the 2017 University of Memphis concerto competition.

For most venues, the only thing we require are two chairs in which to sit while we play. We can provide light amplification for the guitar via a small amplifier, but for large spaces where more volume is required we may need a larger system. If the space has a built-in sound system, we can easily hook into that for optimal sound quality.

Chair to sit in