Beginnings: A Tribute to the Music of Chicago 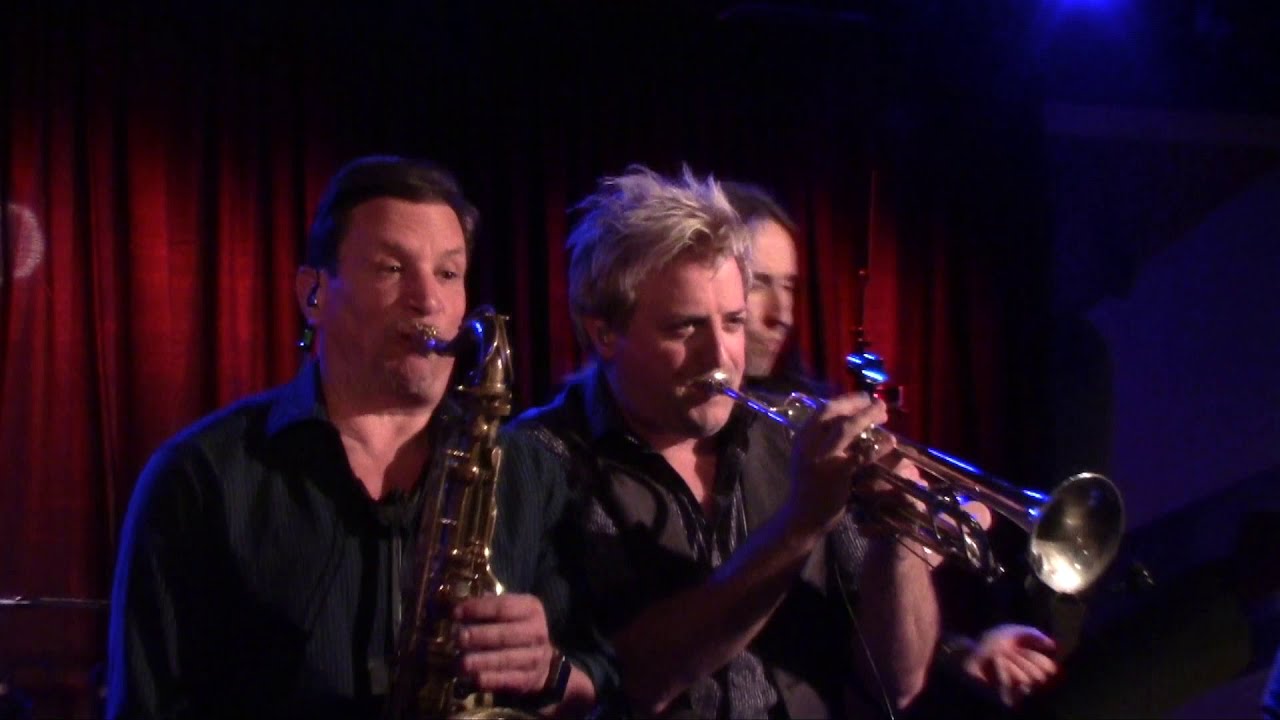 Make Me Smile
Beginnings - A Celebration of the Music of Chicago 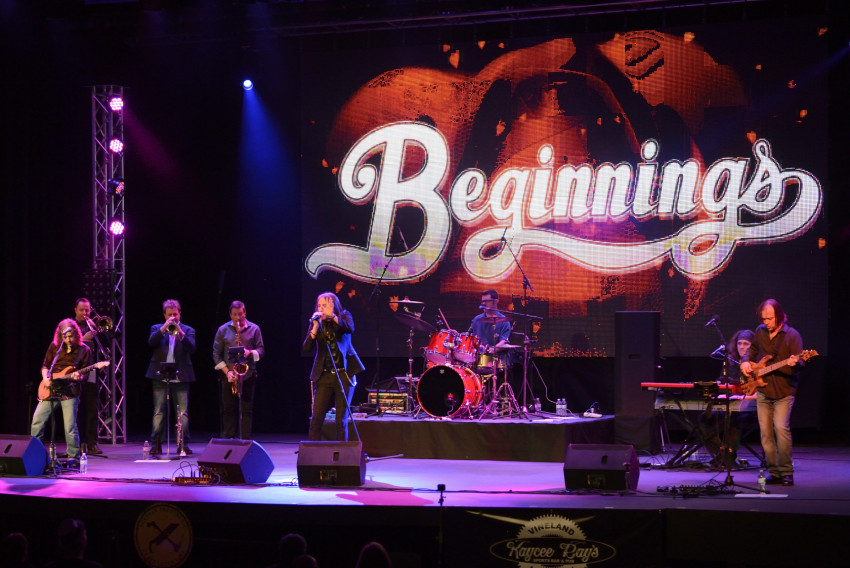 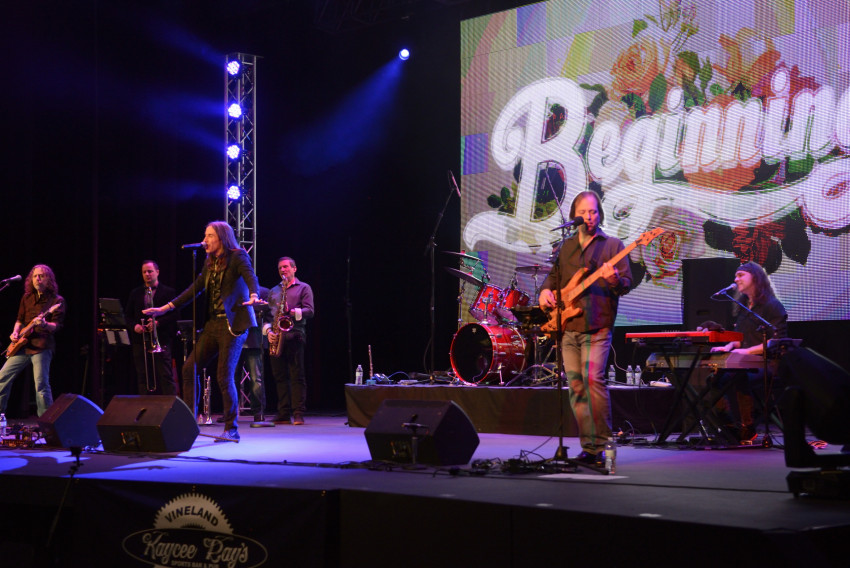 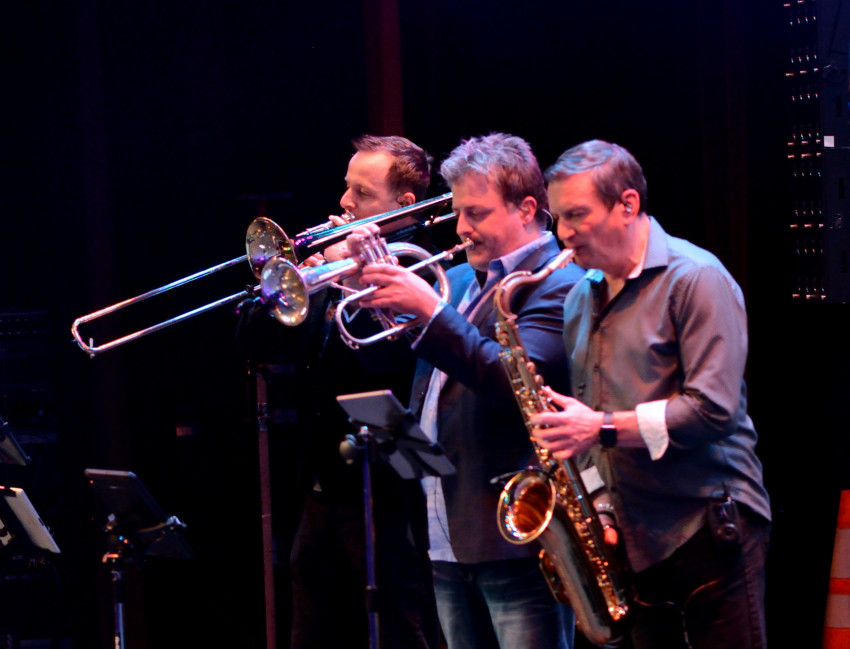 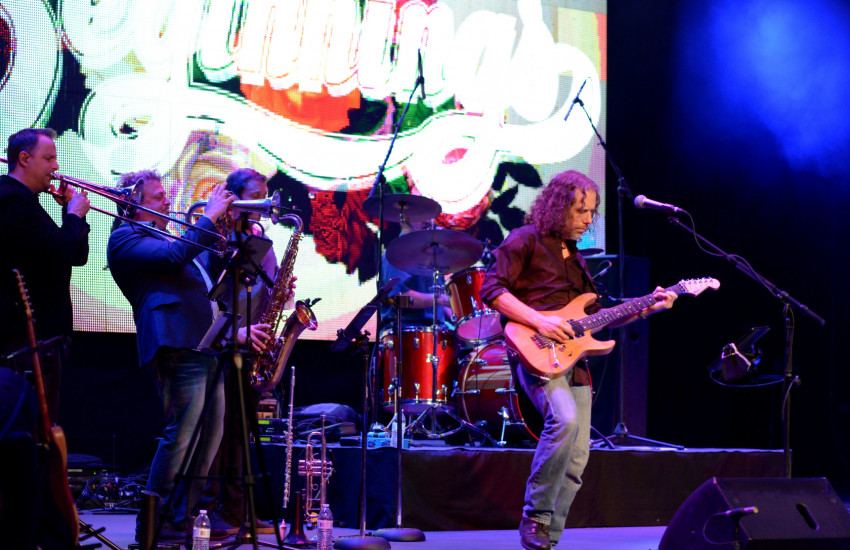 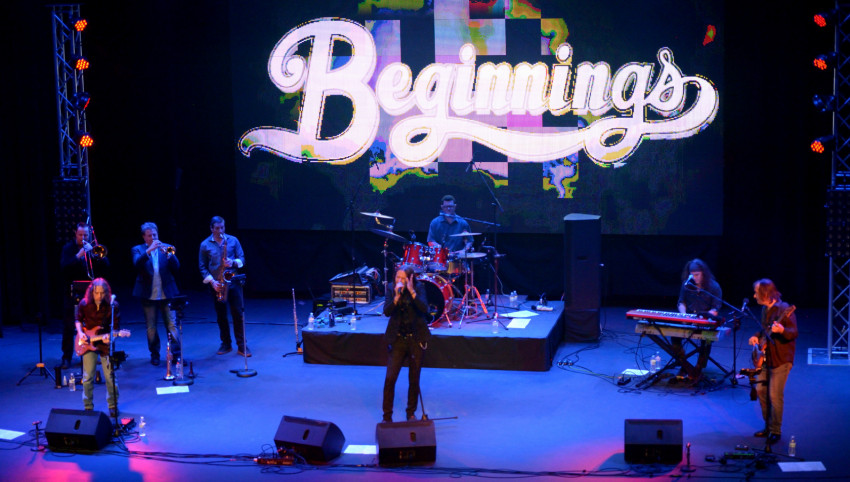 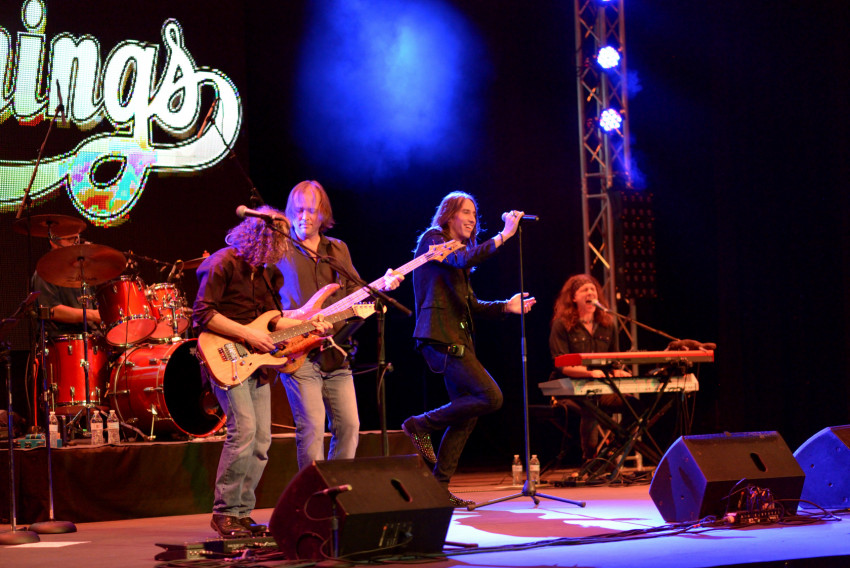 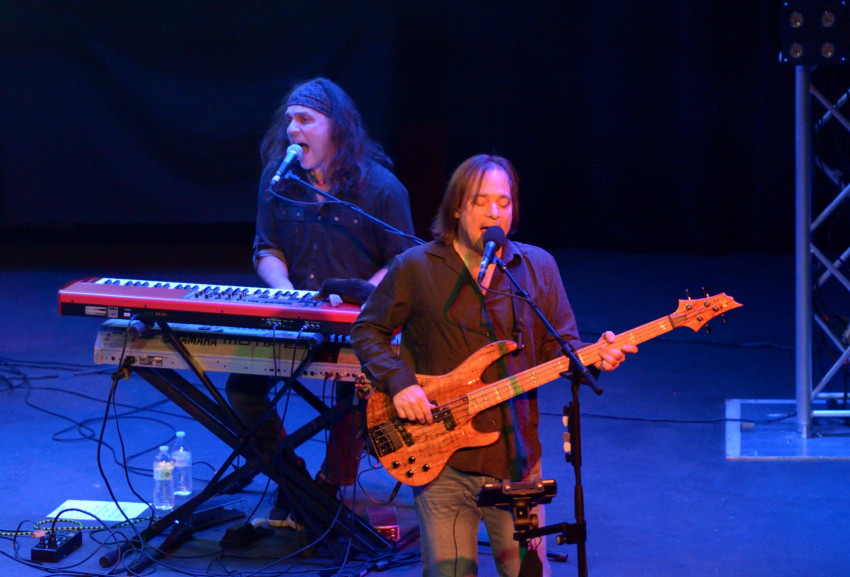 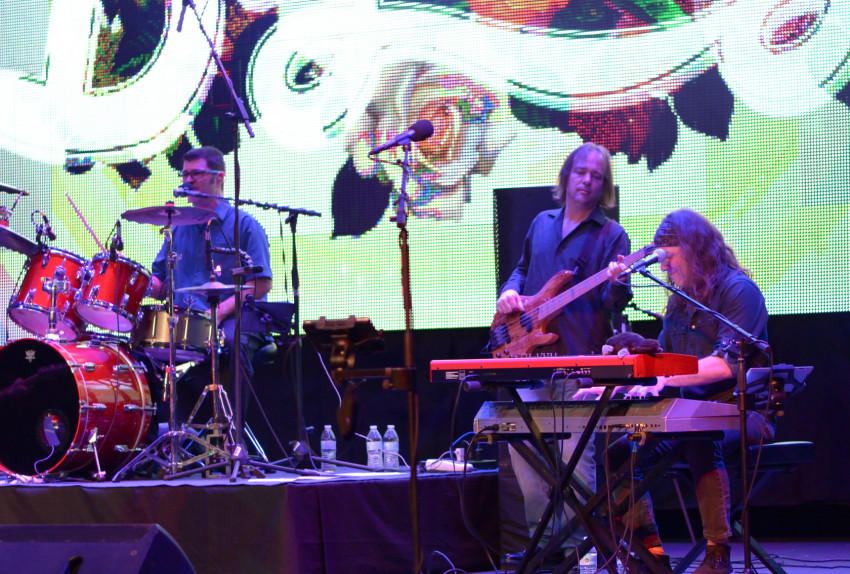 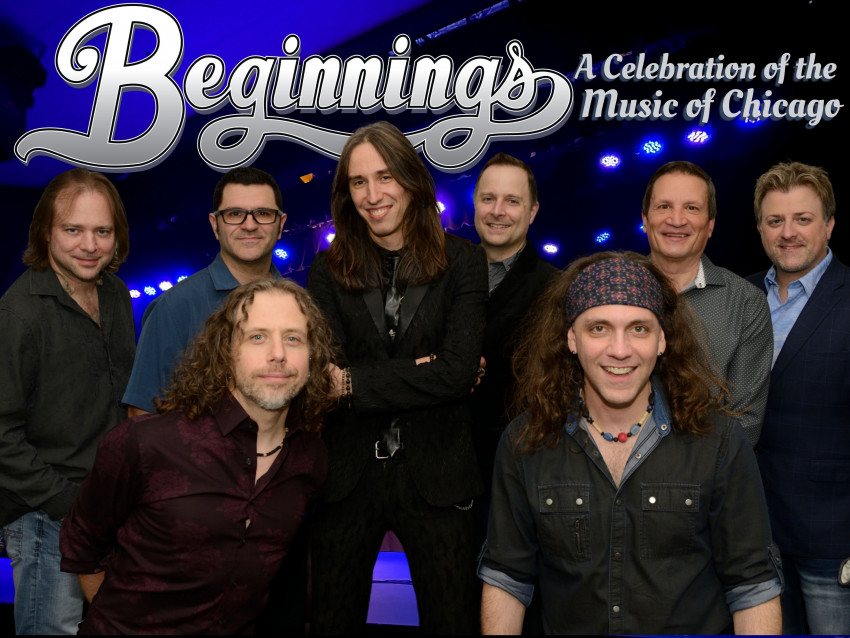 Beginnings is the ultimate Chicago tribute band. The band is based out of New York City, performs nationally throughout the year & is made up of professional musicians who have toured and performed with many recording artists including The Temptations, Aretha Franklin, and Victor Wainright, Beginnings covers the extensive Chicago hits catalog including 25 or 6 to 4, Just You & Me, Hard Habit To Break, Look Away, If You Leave Me Now, Beginnings and many more. We are a "Show Band" that performs at casinos, performing arts centers, theaters, festivals, corporate, and private events.

Beginnings precisely represents the music of Chicago and provides an enjoyable show for fans of all ages!

My wife and I saw you at the Savannah Center for the third year in a row, and once again you were fantastic! We just can't say enough... the horns, the voices, the smiles!
Thank you for taking the time to talk with us after the show, Johnny was so nice. Hopefully we see you again soon.

Beginnings is nationally touring Chicago Tribute Band. We perform the music of the band Chicago authentically in a fun and engaging stage show. You can expect a completely professional experience musically and operationally. Most of the band is comprised of full-time professional musicians, many who have performed with other recording artists over their career. We promise a family-friendly, energetic show covering all the chart-smashing hits in the Chicago catalog.

Beginnings is a celebration of the music of Chicago, performed by world-class musicians and vocalists who recreate the sound, excitement and emotion of three decades of hits from Chicago’s hey-day.

The band was recently joined on-stage by former Chicago guitarist, Donnie Dacus (Hot Streets & Chicago 13) who was quoted, “These guys are so good it’s scary!” Performing without the use of pre-recorded tracks, Beginnings offers audiences a vibrant & high-energy live performance of the greatest songs of Chicago including: Saturday in the Park, 25 or 6 to 4, Just You ’n’ Me, Hard To Say I’m Sorry & of course, Beginnings.
Beginnings has appeared to rave reviews at such prestigious venues as Walt Disney’s EPCOT Center, Busch Gardens Tampa “Real Music Series”, The Town Hall in NYC, The M Resort Spa Casino in Las Vegas, The Wolf Den at Mohegan Sun, South Point Casino & Spa in Las Vegas, The Norris Theater in Palos Verdes, CA, The Villages in Florida and the Hollywood Casino at Penn National Raceway.

The music of 2016 Rock ’n’ Roll Hall of Fame inductees Chicago spans more than four decades and includes five #1 albums and 20 top-ten hits. These timeless classics are guaranteed to be enjoyed by music fans of all ages when performed by this talented group of musicians.

For Local Events, the band does not require backline or other equipment excepting for FOH sound and lighting support. If we are touring nationally, we do require backline as well as venue sound and lighting. Beginnings travels with its own in-ear monitoring setup designed to integrate with most venue sound systems. Specific technical requirements and staging details are provided as part of our normal rider and advancing process once you engage the band.

Saturday In The Park
Does Anybody Really Know What Time It Is?
25 or 6 to 4
Beginnings
Just You and Me
Free
Introduction
I'm a Man
Old Days
Alive Again
I've Been Searching So Long
Make Me Smile
80's Medley
If You Leave Me Now
And Many More!