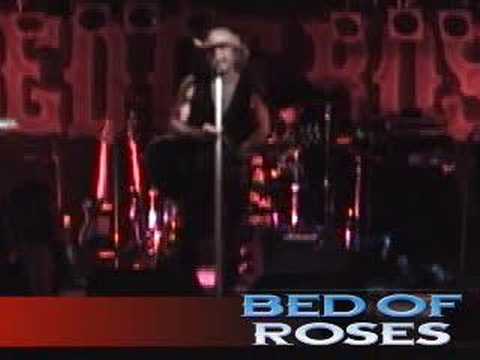 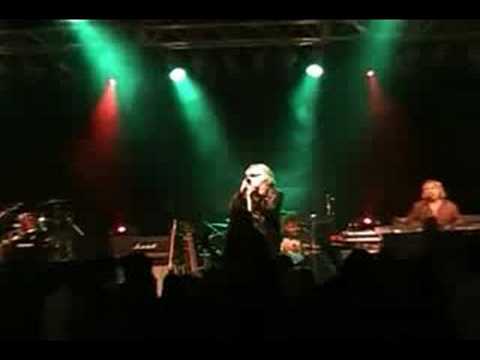 I'll Be There For You 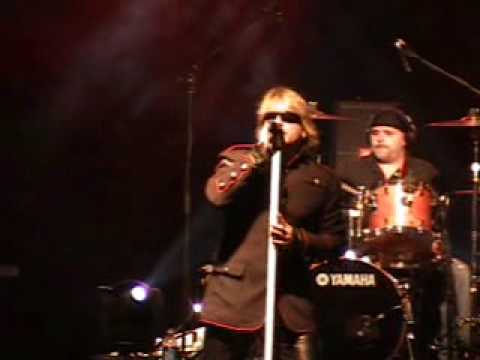 Lay Your Hands On Me 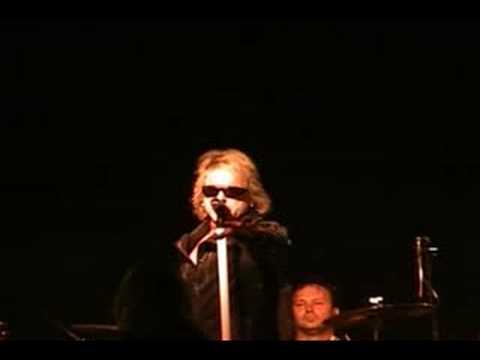 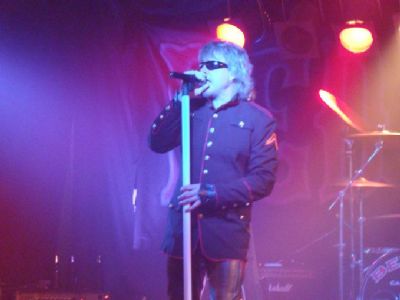 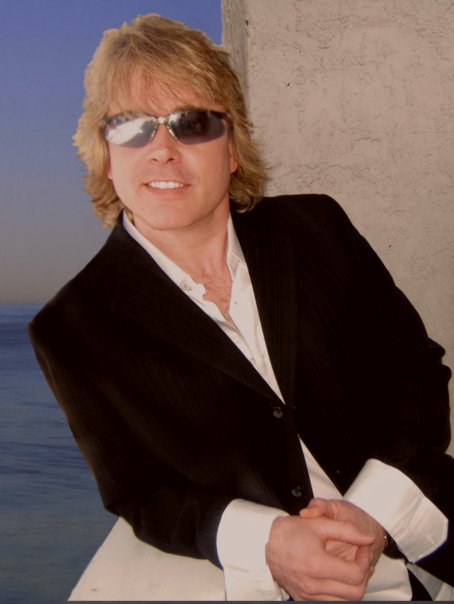 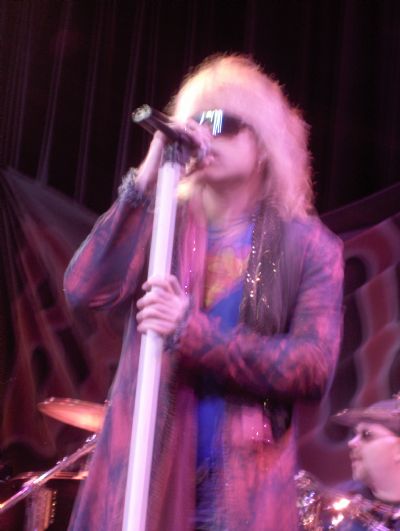 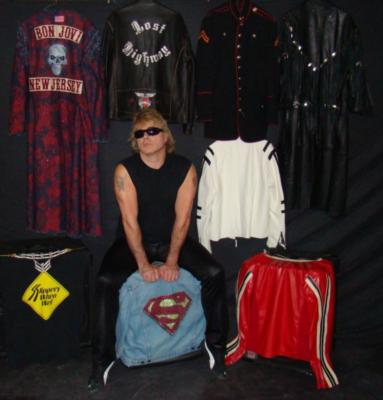 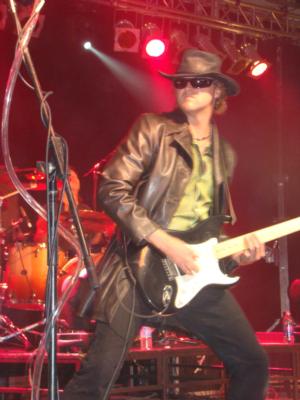 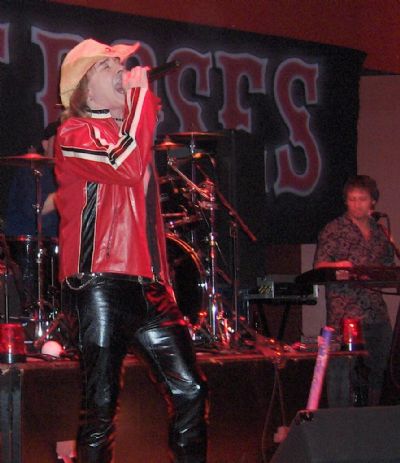 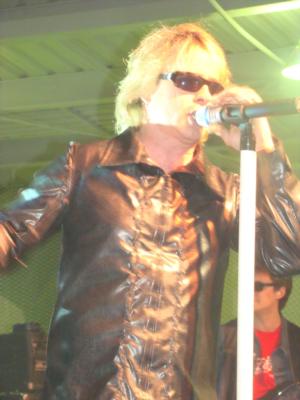 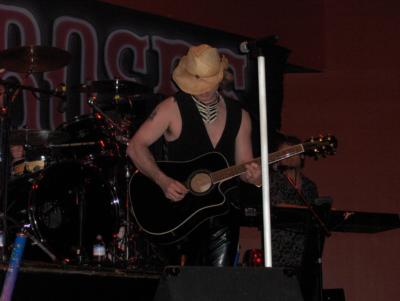 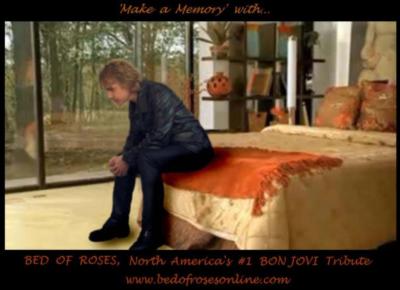 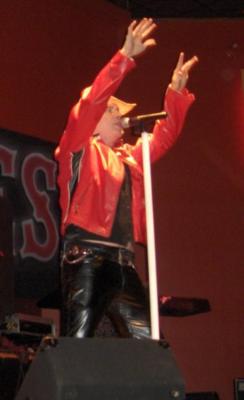 BED OF ROSES, is a International Bon Jovi Tribute band. Whether you are a fan of Bon Jovi's style of today and the last decade or a fan of the 80's right down to the big hair. BED OF ROSES is the ONLY Bon Jovi Tribute in the world that perform it all for you in look, voice, music, production and costuming.

Not just any other Tribute Band but professional impersonators!

We enjoy your band tremendously but we haven't heard anything about where your playing this summer! I thought for sure msybe Winnioeg Beach or at the very least your band would be at Lilac...please let me know if your band has a gig somewhere as we will be sure to be there! You guys are incredible and quite honestly seeing you play at least once in the summer would be just awesome!
Facebook...Trish Proulx-Rosolowich

We went up to grand portage to have dinner and and the "BIRTHDAY" girl gave us tickets to see your show....it was AMAZING. We will definitely be back!
Diana & Amy

Response from Bed of Roses:

I was only planning on staying for one drink, but you were really good and I couldnt leave. You had me smilling till the very end...... great job! It was nice to have met you and thank -you for a awsome evening ( and thank -you Glen for the compliment on my dimples)

BED OF ROSES, is a International Bon Jovi Tribute band. This show is a true, full TRIBUTE show! It involves the Jon Bon Jovi character doing over 8 costume changes throughout the evening. With special effects, fog machine, confetti launchers, effects lighting and "Jon" is very interactive with his crowd. The show is scripted and true to a real concert. The entire show is over 2 1/2 hours long. "Runaway" for "One Wild Night" with BED OF ROSES.

There are a lot of Bon Jovi tributes out there but none compare to or are as authentic as BED OF ROSES. Not only, has this band replicated Bon Jovi's sound, music, costuming, and overall look, a BED OF ROSES show includes items that were originally owned by Bon Jovi themselves. You will not be disappointed with the caliber, authenticity and production of a BED OF ROSES concert. This show is a true, full TRIBUTE show! It involves the Jon Bon Jovi character doing 12 costume changes throughout the evening. With special effects, fog machine, confetti launchers, effects lighting and "Jon" is very interactive with his crowd. Bed Of Roses is established and has toured extensively throughout western Canada and has their premier INTERNATIONAL show in Bermuda this May! They pride themselves in catering to every audience demographic. Bon Jovi has such a wide array of music styles. If you are looking for light, pop feel, or something on the country music style or you just want the band to bring you a full rock show with all the bells and whistles, BED OF ROSES can accommodate all your entertainment needs. Their itinery includes clubs, casinos, festivals, corporate event, private events and fundraisers. BED OF ROSES is available for international travel anywhere , anytime!

BED OF ROSES is elated to annouce they have now stepped into the INTERNATIONAL market even further.

So soon after the band had the fun of playing on the beautiful British Island of Bermuda this May 2008 for 2 nights, BED OF ROSES will be showing it’s colors as one this continent's best Bon Jovi Tribute bands to the other side of the world! B.O.R. was approached by, and is now signed with, W.O.A. International, a management, marketing and recording company based in exotic and lovely Goa, India.

W.O.A. are pioneering international music in India and Asia and are now synonymous with the region. Their enviable reputation at opening up new possibilities means that they are the go-to company for independent artists wishing a truly international presence.

BED OF ROSES will be featured on the new W.O.A Radio syndicated show and will also be seen on various TV shows in India. Radio, press releases and TV appearances will be posted as we have them.

Front man Darryl Clayton is a dynamic stage performer with an incredible voice that has often been compared to Jon Bon Jovi. He has studied voice with Roy Petty and Juno Award winner Cindi Cain. Somewhat quiet and modest off stage, people are always shocked when he bursts onstage and works the audience into a frenzy. An extremely dedicated bandleader, over the years he has evolved to cover a diverse repertoire that features everything from classic rock to dance and funk. His ability to sing such a wide range of styles, his determination and strong work ethic accounts for his success in and around Winnipeg and south west Ontario where he is almost always booked at one of the top clubs or social and charity events. He has also opened for such rock legends as Trooper and Harlequin.

BED OF ROSES is ecstatic to have such a seasoned, professional guitar player to fill the
role of "Richie Sambora"! Eugene Romaniuk was born smack in the middle of Canada in our hometown of Winnipeg. He has also resided in Toronto and Regina. His introduction to music came at the age of six with weekly piano lessons. At the age of 12, after seven years of piano, Eugene discovered the guitar through his Junior High guitar program and was placed in Los Guitarres, an advanced program in which he received classical training in addition to concert and touring experience. In High School, Eugene dabbled in the jazz band and continued his guitar studies thereafter with private instruction from Tim Cumming. In the 20 plus years Eugene has been in the music business, he has been a member of a number of the top cover bands in Winnipeg. His influences include Pat Metheny, Steve Vai, Michel Cusson and Steve Lukather.

Glen is a talented self taught musician who has been involved in the Winnipeg music community since 1984. His rock solid grooves on bass guitar are ear-catching and irresistible with a voice to match. While playing in the local club scene, he has also been a part of some great recording acts. Davies has performed throughout Canada both original and cover music from Quebec city to Victoria BC. After taking an extended hiatus from the "scene", he is excited to be reunited with some great friends and fellow musicians with BED OF ROSES. When Glen is not belting out awesome bass lines with BED OF ROSES he is the master of his own construction renovation company, Holmes on bass.

Greg grew up in a small town in Northwest Ontario. With not much else to do but play hockey and try to stay out of mischief, at a young age, Greg took to music and dumped all other activities. One day he brought a drum set to school and set them up in the gymnasium. Although his teacher refused to let him play, his charms and, "not taking NO for an answer" personality convinced his teacher otherwise and Greg's new love affair had begun. After 20 years and many road miles later, playing in various cover acts and fronting his own band in Calgary, Alberta, Greg
continues to be a driving rhythm maniac and loves to sing and perform. With a taste for many styles of music from hard rock, heavy metal, funk, fusion, jazz, and country, it is easy to see where Greg's blended style comes from. His powerful vocals match his dominating drumming style which make him a huge asset in BED OF ROSES. When not rocking out with BED OF ROSES, Greg can be found sitting behind the controls of a CT Scanner as a Medical Radiation Technologist, battling the day to day grind in the health care system.

Trevor Uruski, keyboards, has played with numerous bands in the club scene across western Canada and North West Ontario since 1984. He was an original member of the ABBA tribute Supertrooper which has performed since 2000. While touring with Supertrooper, Trevor performed in many Casinos and Summer Festivals. As well, Trevor has worked as a school Band teacher since 1990 in Winnipeg School Division, and presently teaches at Churchill High School in Winnipeg. He has received a Bachelor of Music degree from Brandon University with a major in classical piano and jazz saxophone.

Bed Of Roses travels with their own in-ears and IEM rack. Production, lights,sound, and sound tech are booked on a per gig basis. Usually supplied by the venue. Bed Of Roses can supply production. Negotiated at time of booking

Production, sound, lights, tech and backline are booked on a per gig basis