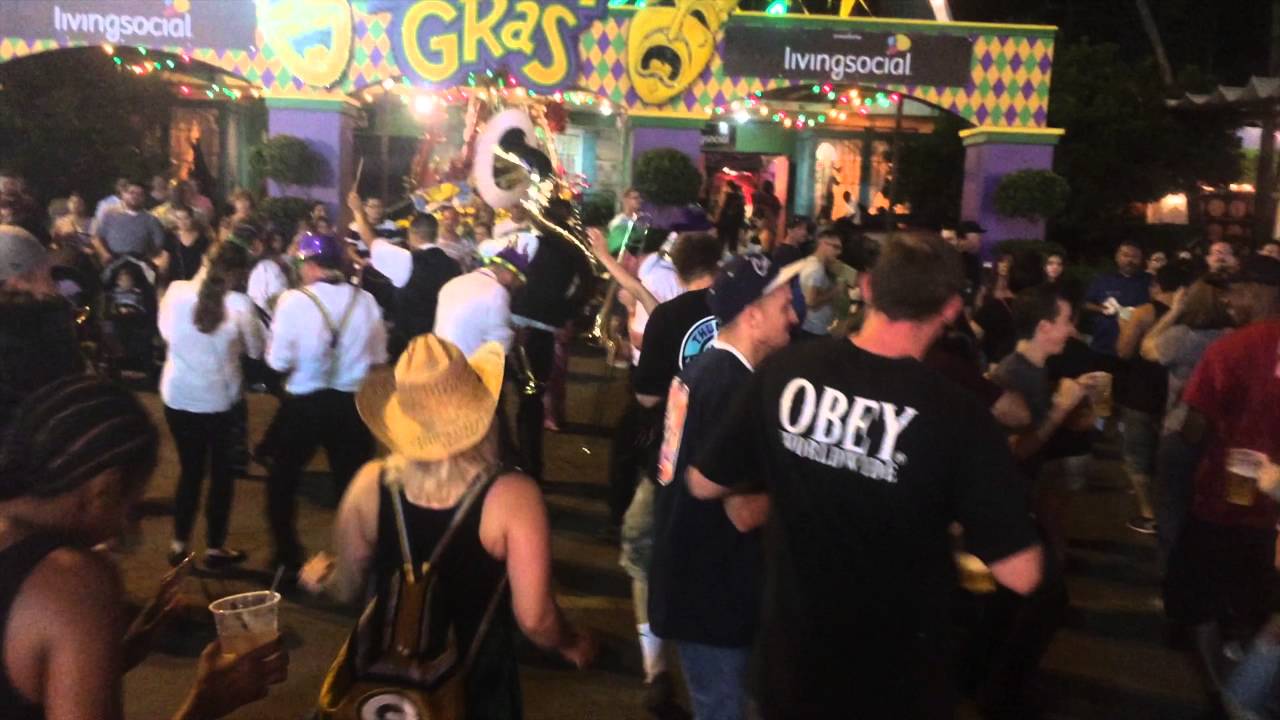 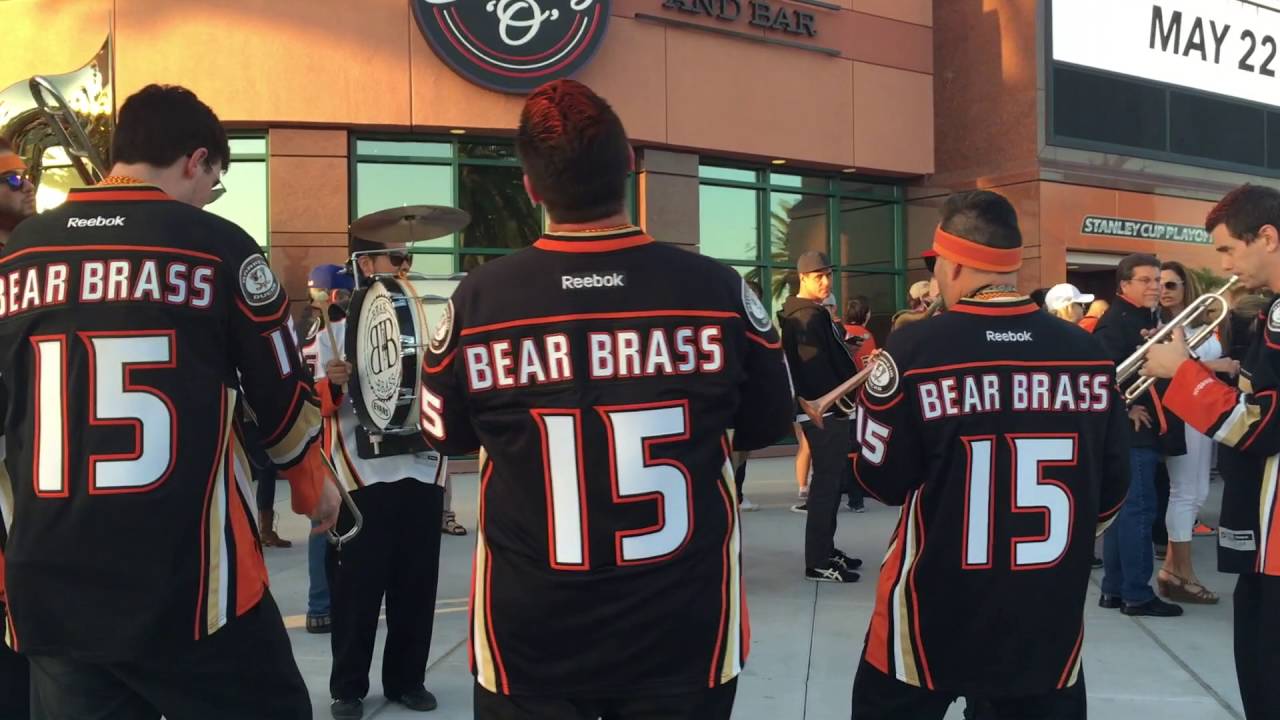 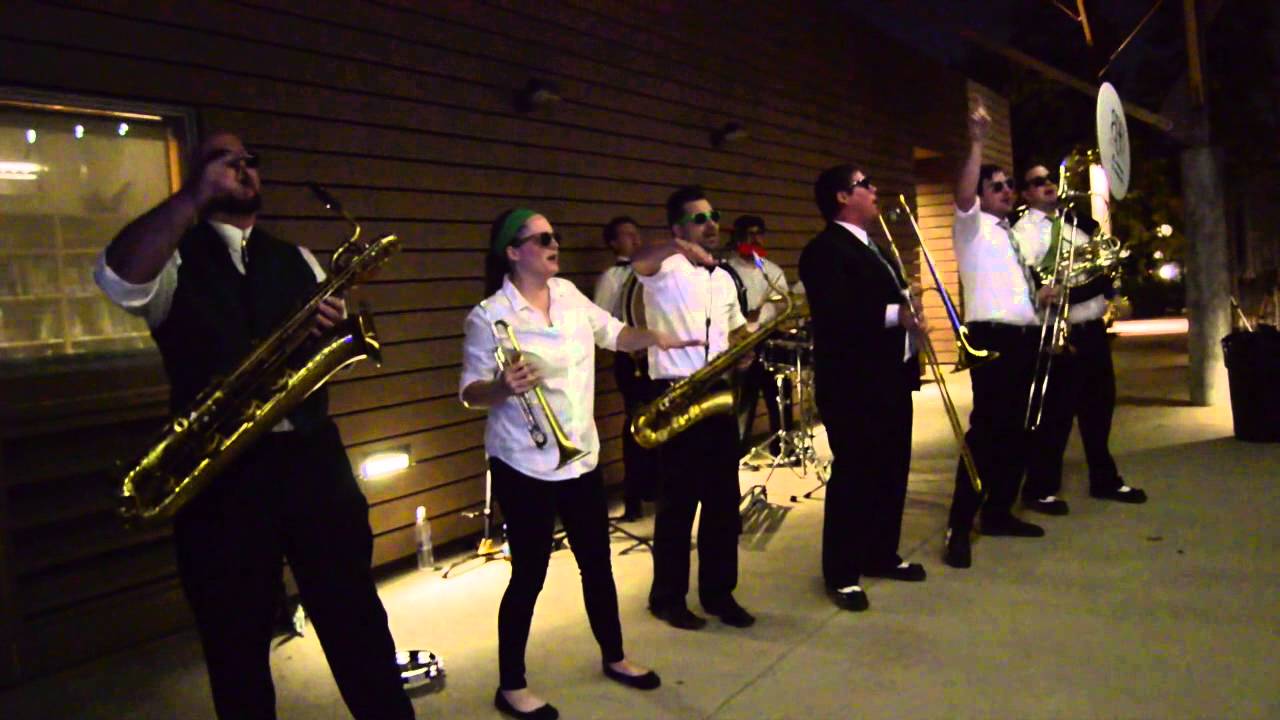 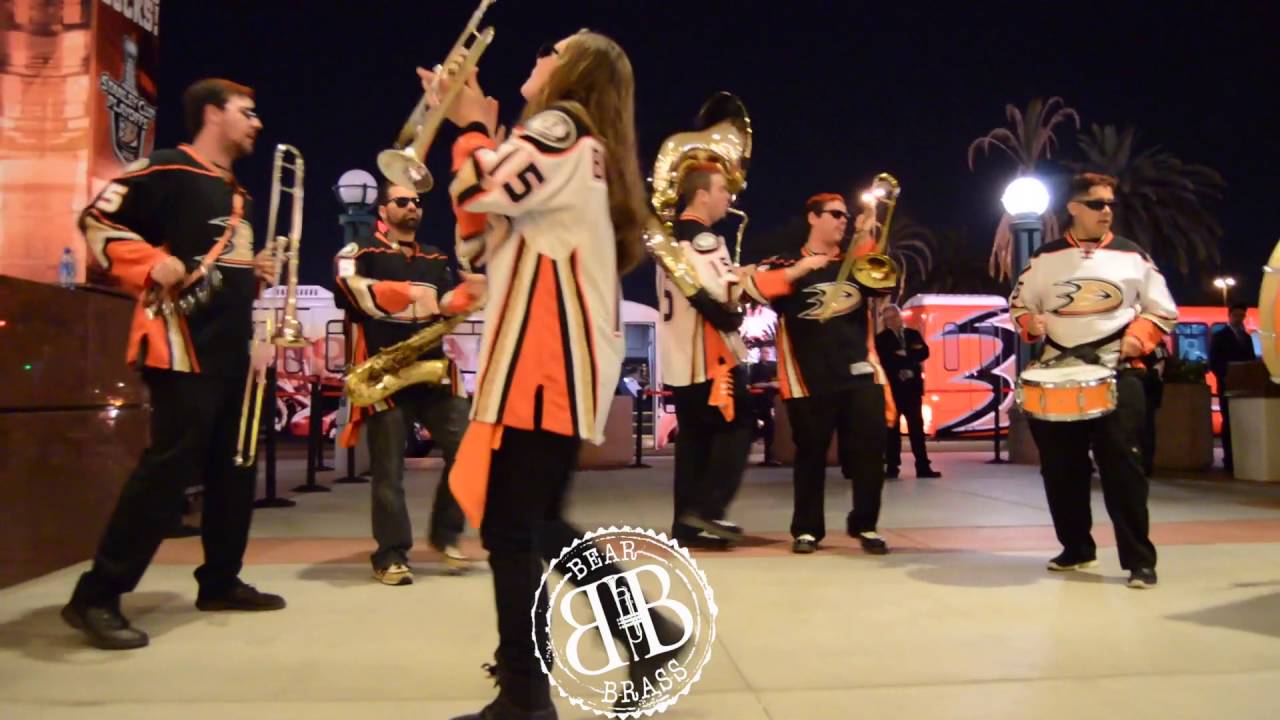 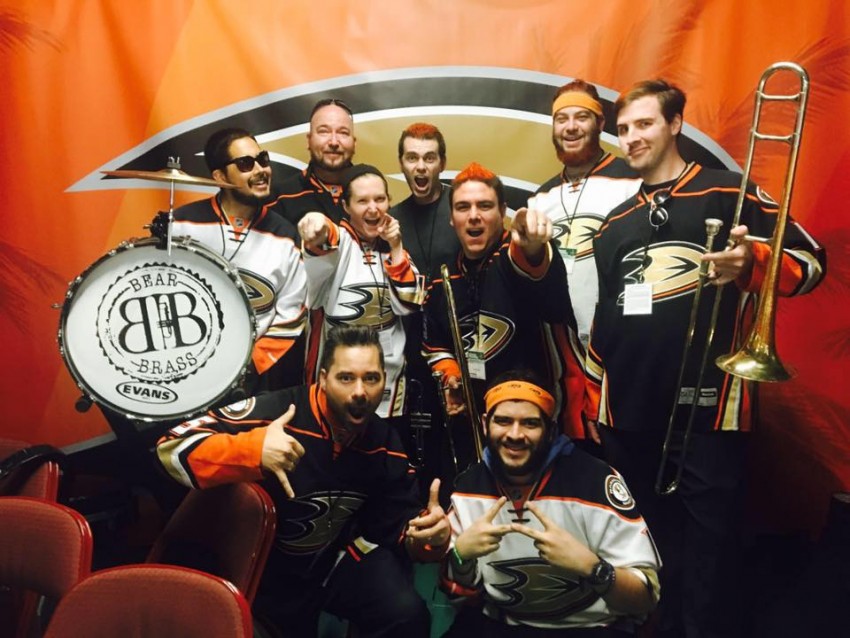 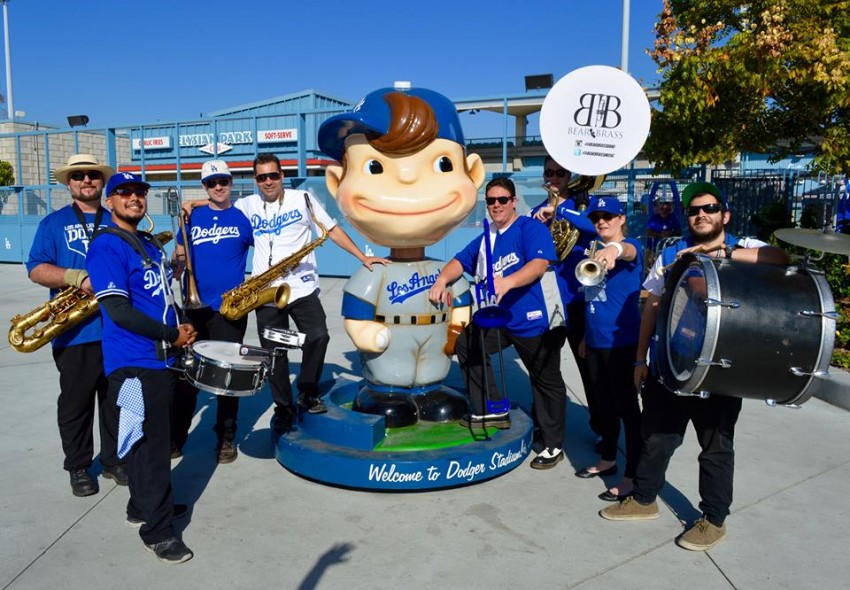 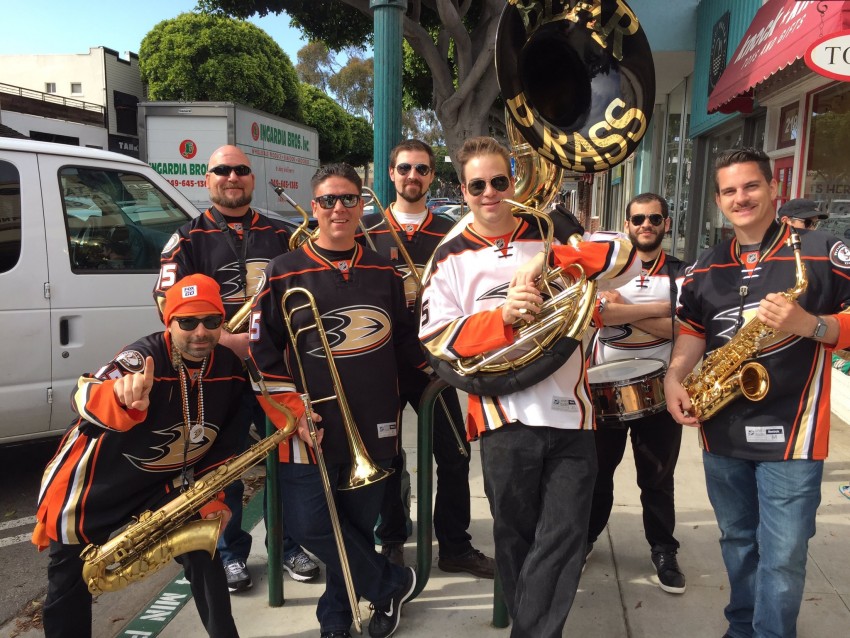 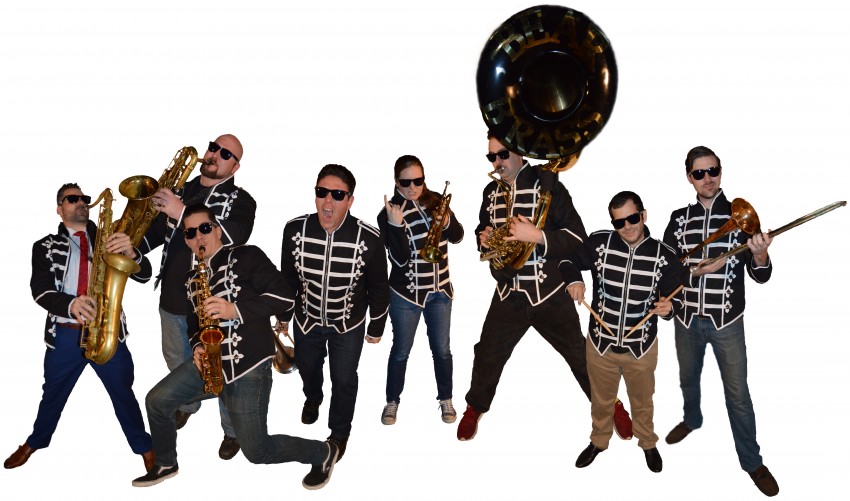 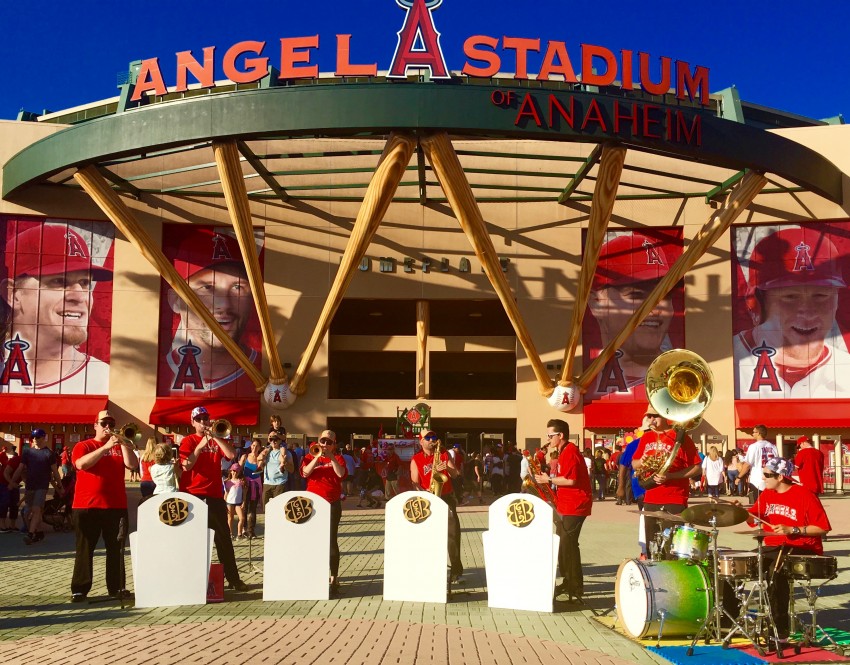 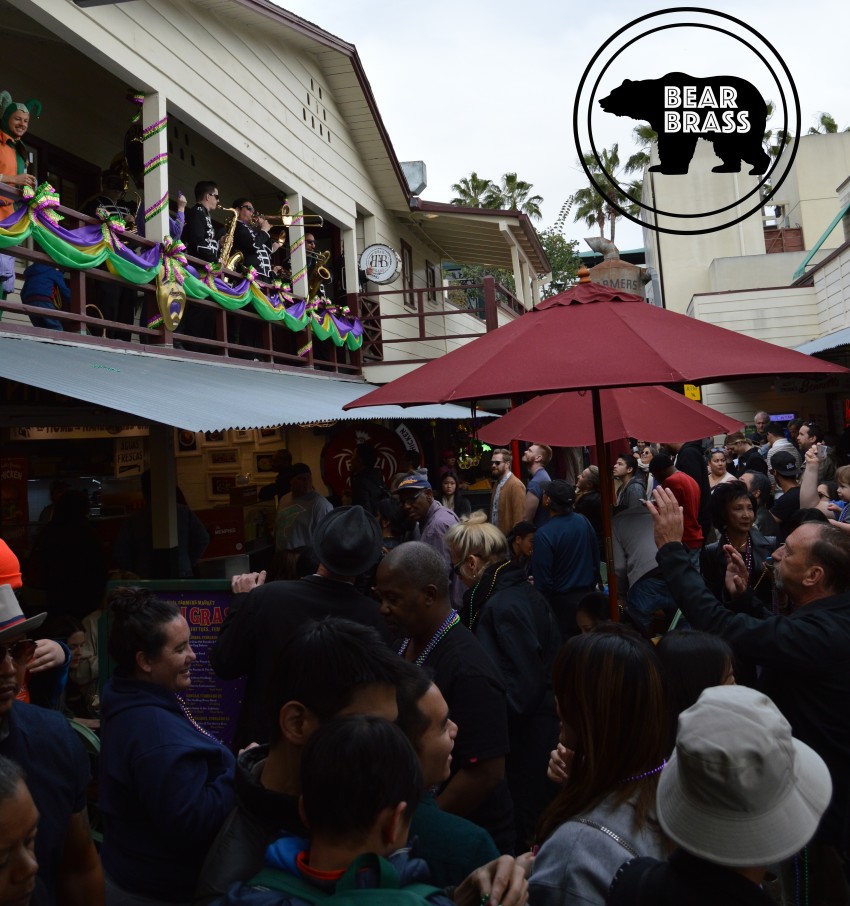 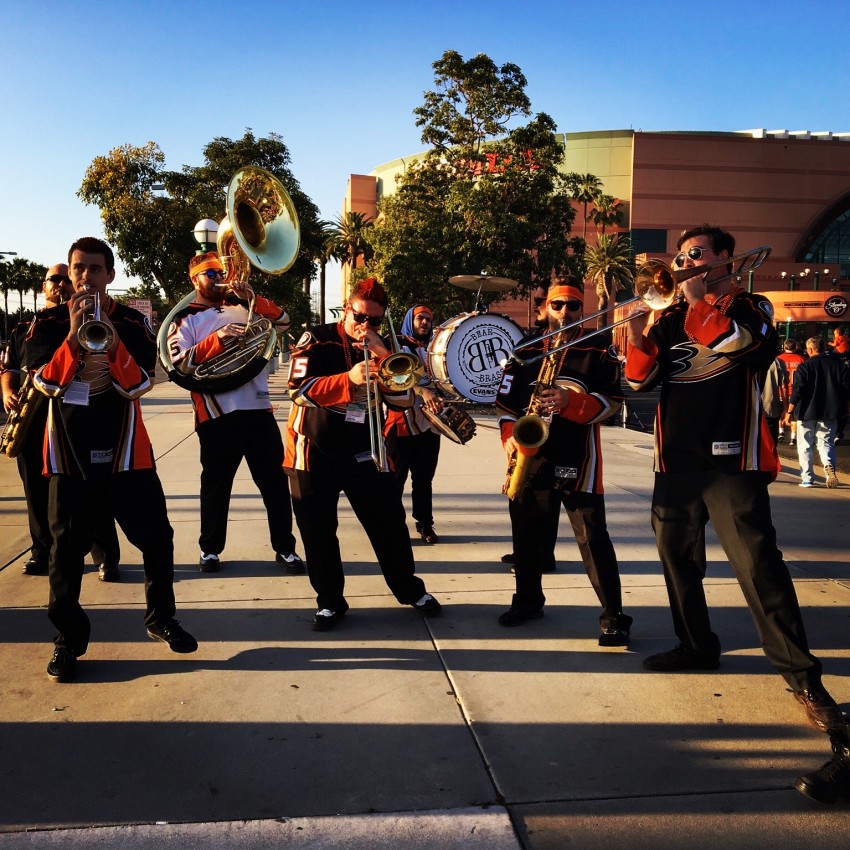 Bear Brass brings the party wherever they perform! Comprised of a group of musicians from Southern California coming from diverse musical backgrounds, Bear Brass Band was formed out of a love for traditional New Orleans brass bands. The shared respect for jazz, funk, soul, and pop culture helps Bear Brass recreate that NOLA sound infused with themes of today’s pop music. Together these musicians form a group equally at home playing everything from original tunes to punchy pop, funk, jazz, Dixieland and 2nd lines. From stage to street corner, private parties to corporate events, Bear Bass is always ready to lay it down.

They were so friendly to work with and easy to communicate with. On the day of the event they were on time and did a phenomenal job entertaining! We will definitely use them again in the future!

Thank you so much! We appreciate your kind words and we had a great time!

Bear Brass Band did an amazing job! They were right on time and played 2 great sets with a mix of jazzy songs and popular hits. We had a dance floor and they got the people out of their seats. I liked that they moved around while they played.

Thank you, Bryan! We’re so glad that you are pleased with our entertainment. Thank you for having us out for the special day!

Highlight of the wedding!!

Bear Brass Band did not disappoint!! We hired them to march our entire wedding from a park to our home nearby. They played New Orleans style music, and we had a great second line parade!! So much fun, what a hit they were! Very talented band! Thank you!!

Thank you for having us for the big day! It was beautiful! Congratulations!
Bear Brass

Fantastic Performance for our NOLA-Themed Party!

We were 150% happy with the Bear Brass Band! The communication initiated between Meagan and I was thorough and efficient, and we both knew what our expectations were. The band held true to everything they agreed to, but most importantly, they were great! The musicians are talented and professional and the guests at our party were so wowed by them that many people asked me, "Where did you find this great band?". By the end of the night, we were all up and out of our seats doing second line dancing waving our napkins in the air. It was a blast! Thank you, Bear Brass Band, for your fun and entertaining performance!

Thank you, Laurie, for your kind words and for allowing us to entertain your guests! We are so pleased that you are happy with our performance! Thank you!

The quintet arrived punctually and began performance as scheduled. Their demeanor was very professional and friendly. My guests remarked that their music contributed significantly to the feeling of the "Christmas Spirit" that filled the room. I would definitely hire them again without any reservations. They were great and a perfect match for my event.
Thank you Bear Brass Band Quintet.

Hired them to play at our wedding reception and they absolutely killed it. Everyone loved them. Very professional and I’ll definitely hire them again if I throw another large party.

Thank you so much! It was a beautiful reception. Congratulations!

These guys turned our neighborhood event into something memorable. They brought their great personalities with them. I just want to hire them for more than just 1/2 hour - would like to listen to them for an entire evening.

We will play 45 minute sets split by 15 - 20 minute breaks, or 1-hour sets split by 20- 30 minute breaks for the duration of your event. Musical requests must be made no less that one month in advance of the event. We set up and tear down all our own equipment. We are able to be mobile and move about while playing, or we can sit/stand in one spot for the duration of the event.

Each member of Bear Brass has extensive experience in the music industry. Several of our members have toured and recorded nation and worldwide, and all members are well-versed in all styles of music. Some of us are music educators as well, and as a group we exhibit at primary education schools to inspire young players to keep playing and hold on to music for life.

None required; can supply our own if requested.

Funk:
Chameleon - Herbie Hancock
Give Up the Funk - Parliament
The Chicken - Pee Wee Ellis
Pick Up The Pieces - Average White Band
If You Want Me To Stay - Sly and the Family Stone

Big Band:
Too Good Too Bad - The Seatbelts 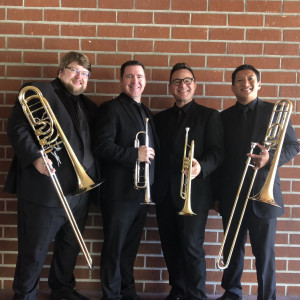 Ms. K. M. F. said “I was the event planner for the Appreciation Luncheon honoring an important dignitary and needed…”

Gina J. said “The class of 1979 at Western High School in Las Vegas has always been a special group. That…” 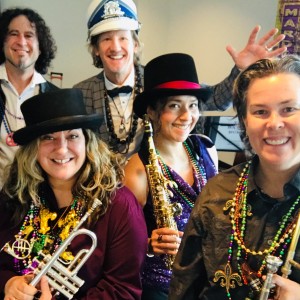 Chris B. said “We loved The Bayou Bump! They brought a 4-piece band that played perfect music for our end…”