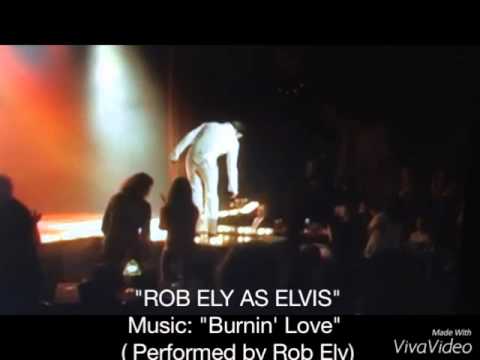 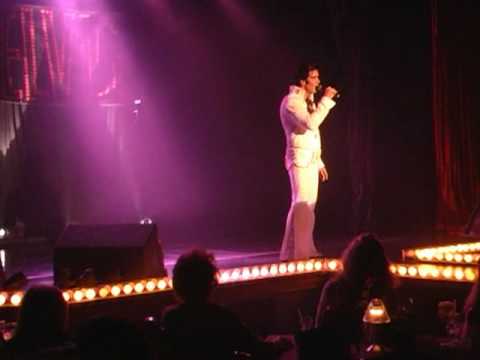 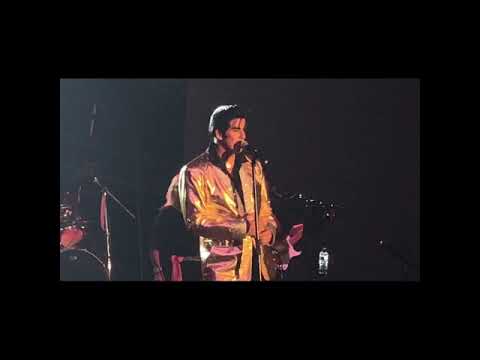 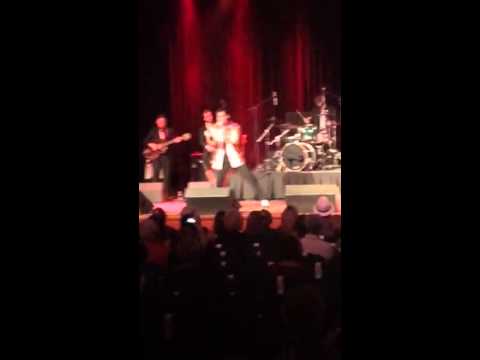 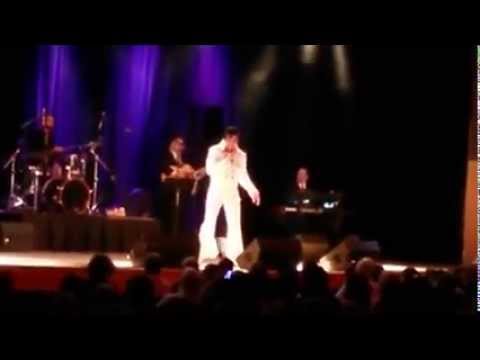 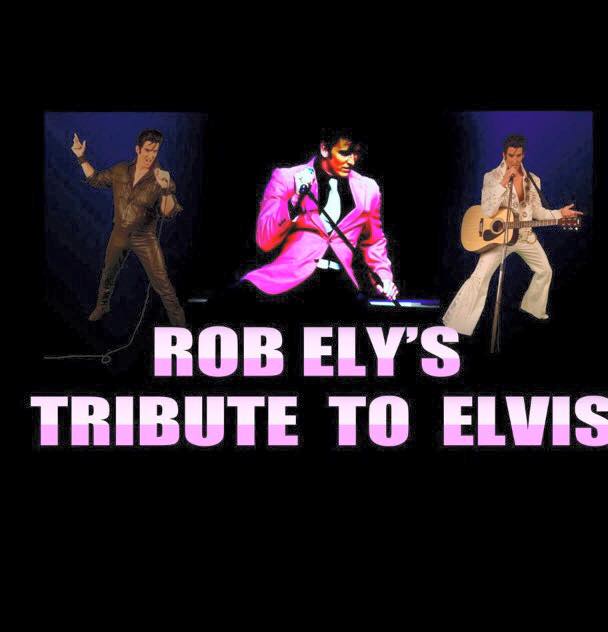 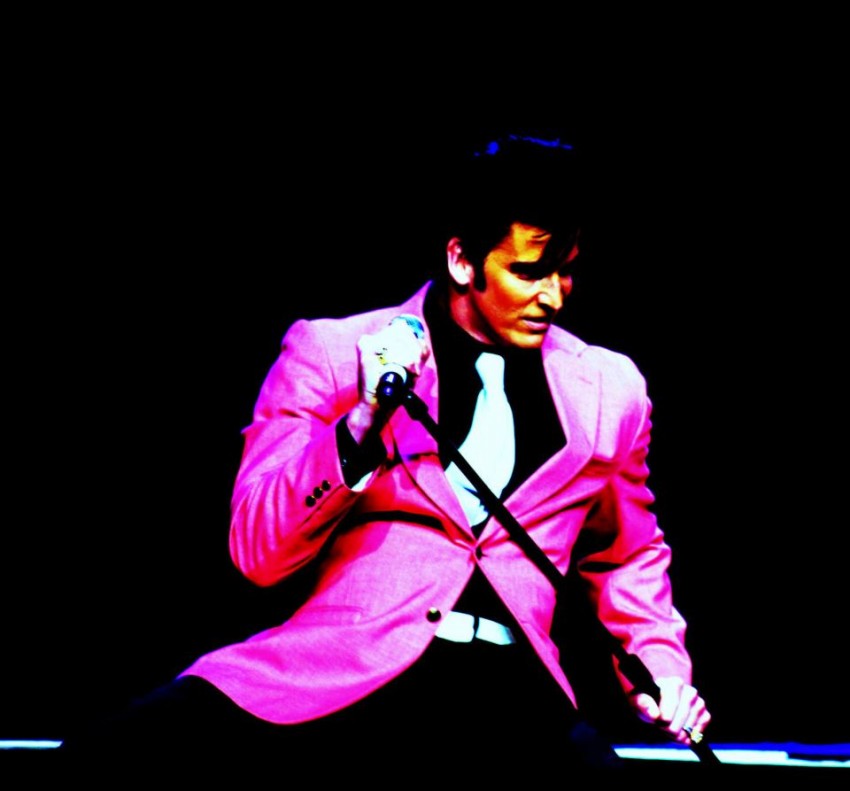 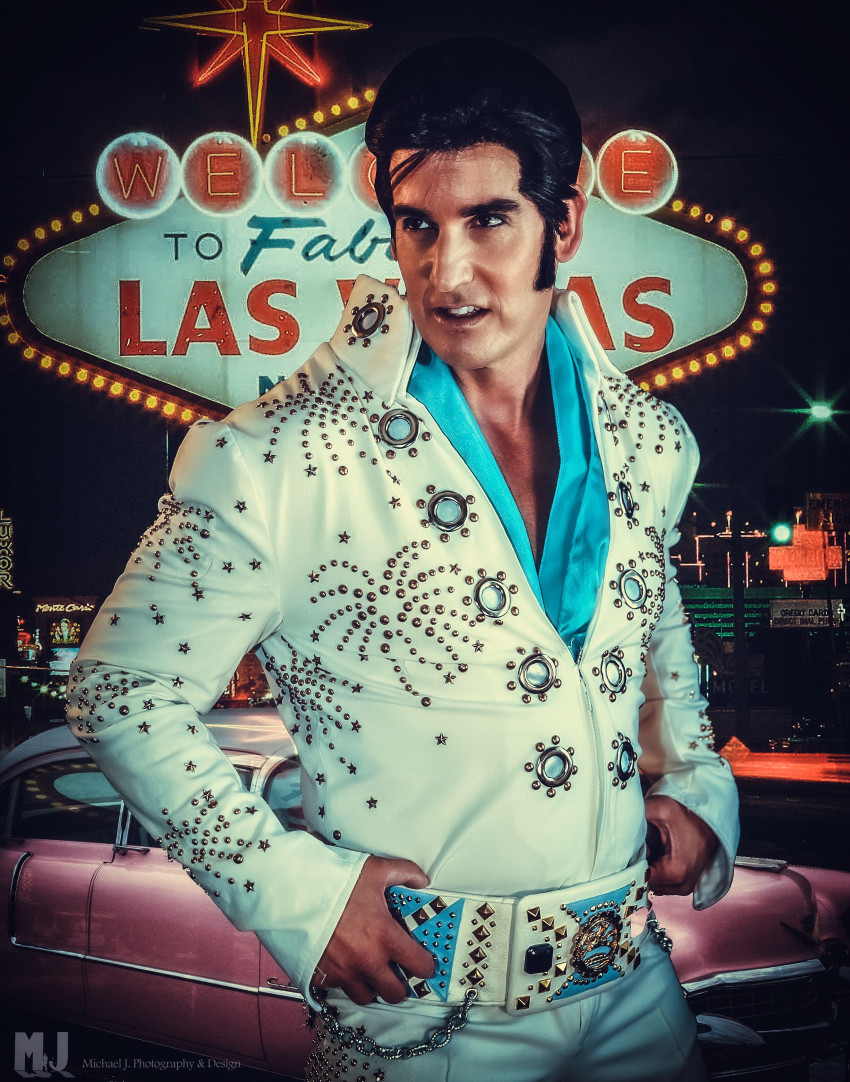 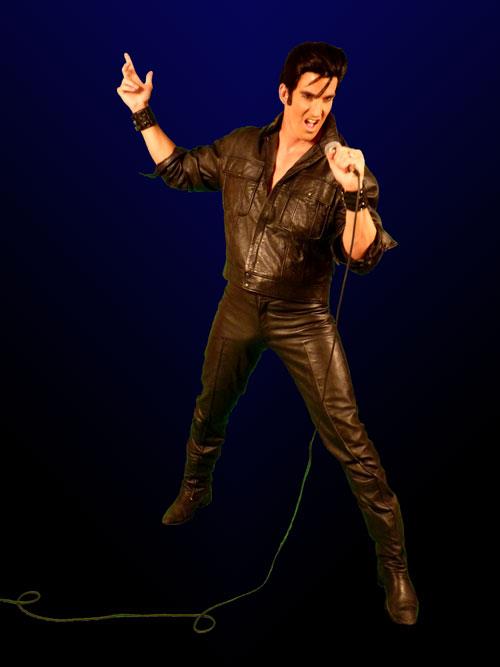 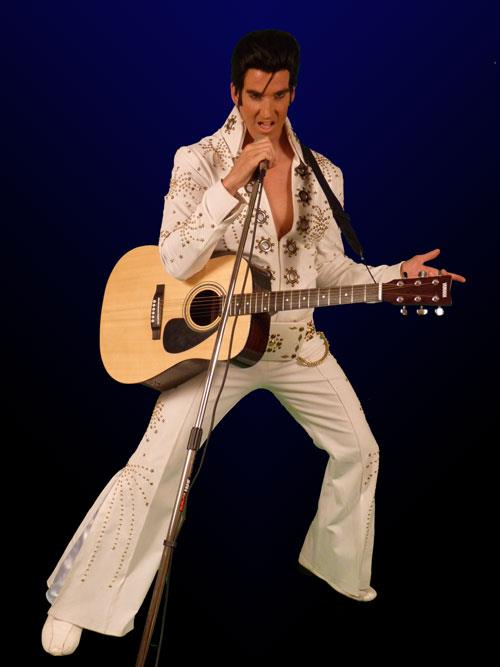 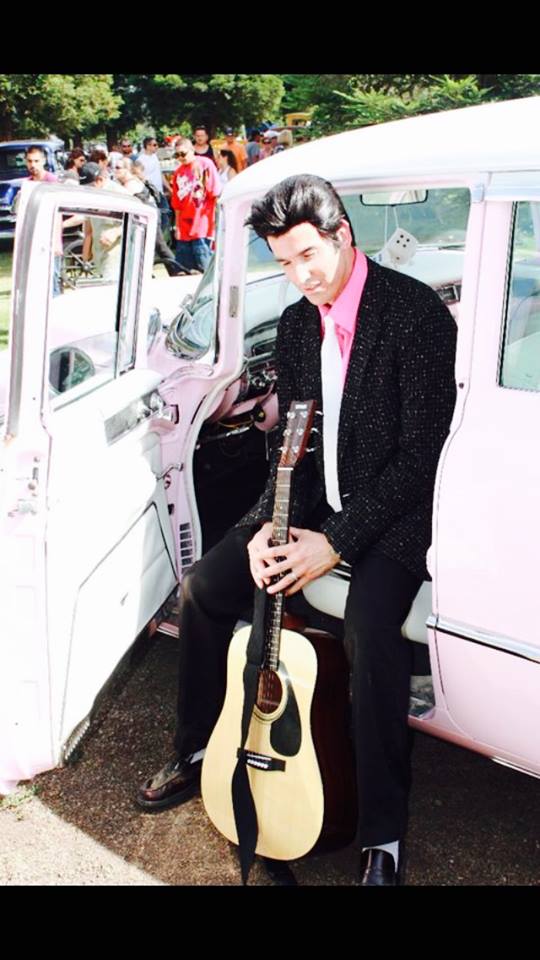 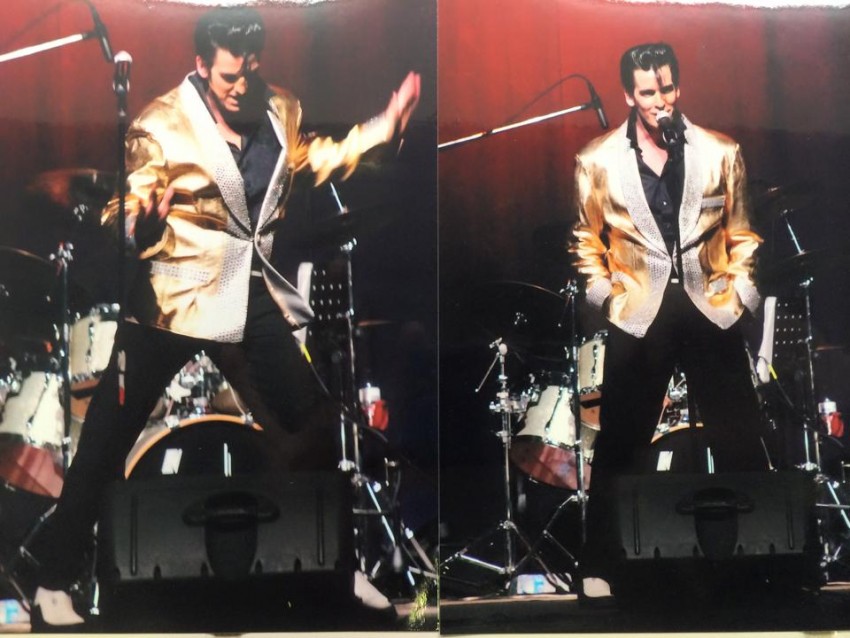 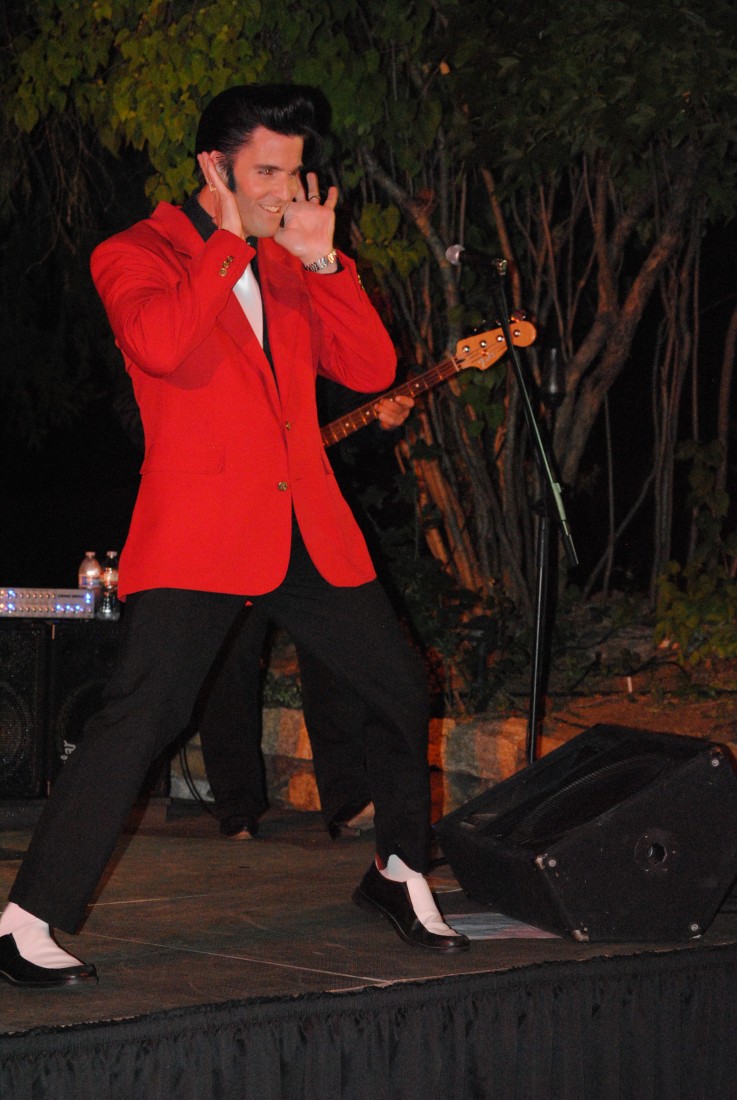 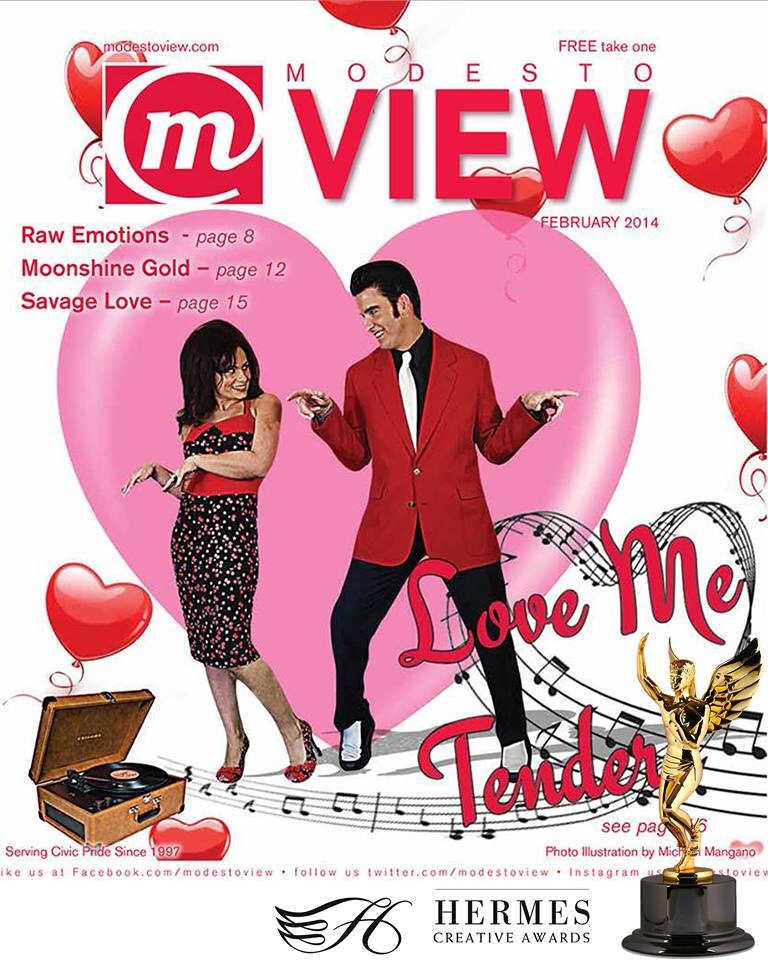 Rob Ely as Elvis on The Cover of The Modesto View Magazine, (this Cover Won a Hermes Award as seen on bottom of cover!) 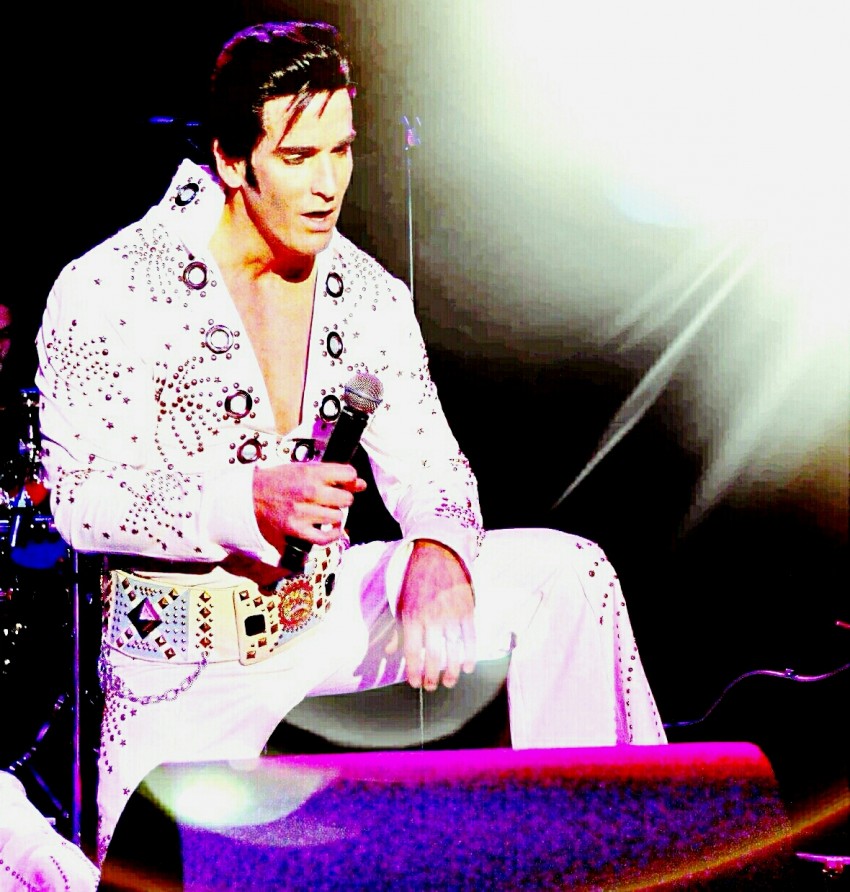 Live on Stage at a Southern CA Casino Show

Welcome to the GigSalad page of Rob Ely! Thank you for considering Rob as Elvis for your special event!

The Only "Ultimate Elvis International Contest" Preliminary Winner Based in CA!

A Multi-Award Winning Elvis Tribute Artist, who has been performing for 20 years! He has performed around the Country, for small, to large events! He can do small events such as House Parties etc, all the way to large showrooms, Corp Events & has won, or placed highly in many National Elvis Tribute Artist Contests (some sponsored directly by Elvis Presley Ent. and Graceland!)

Just returned from a fabulous show. Wonderful singing voice. Very personable. Stayed after the show to poise for pictures with the concert goers.
Donna

Rob was an amazing performer, and was so nice to all my guests. he entertained my mother and father for their 40th wedding anniversary. He arrived promptly, and everyone enjoyed the show. He took a ton of pictures with all my guests. Overall I was so pleased with his appearance, attitude, and HE CAN SING! THANK YOU SO MUCH ROB FOR MAKING THE DAY SO WONDERFUL!!!

We booked Rob Ely as Elvis impersonator for our Vegas-themed party...he was perfection! The booking was easy and all our guests were so impressed. If you need an 'Elvis', call him first! We'd book him again in a heartbeat.

Thank you Cyndi!! You all were a blast! I'm glad you enjoyed the show!! Hope to perform for you guys again in the future!

And...speaking as an authority (I went to Humes High School in Memphis, hung out with Elvis, played touch football with Elvis and was his neighbor) I can tell you Rob is as good as it gets.

I own the Groveland Hotel in Groveland, CA, near Yosemite National Park. Each summer we have primarily tribute concerts in our courtyard, with our Elvis show (Rob Ely) closing the season in September. In January, Elvis and I celebrate our birthdays 8 and 16 January) with a cake and Rob Ely.

Rob has all the wonderful traits of Elvis - incredibly talented, sweet, thoughtful, very appreciative of his audiences and absolutely doing his best to please, while doing something he absolutely loves!

And then....does he have the moves!!!!! Just like Elvis, Rob can go from that black leather, sexy, hip-shaking devil, to the most angelic Love Me Tender and his gospel songs. His voice range is amazing!

He even shops at Lansky's on Beale Street and the Peabody Hotel, in Memphis - just like Elvis.

If it's Elvis, you're looking for, Rob Ely is your guy! I've heard a lot of 'Elvises' and NONE comes close.

Thank you so
Much!! I'm always happy to
Perform for you and your guests at your beautiful Hotel! It's an honor to hear such nice feedback from someone who actually knew Elvis, such as yourself!!:-) I look forward to the next show at The Groveland Hotel in September 2016!! Thanks again!! Rob

He was a hit, all the ladies loved him. and we are going to use him on some other events we have coming up.. totally fab !!

I THREW MYSELF A BIG BIRTHDAY PARTY, MY 80th, MY CHILDREN SUPRISED ME WITH ROB AS ENTERTAINMENT OF THE DAY. I HAVE BEEN AN ELVIS FAN FOREVER, AND EVEN GOT TO SEE HIM IN PERSON, AND I TELL YOU ROB WAS NEARLY PERFECTION PORTRAYING ELVIS. NO CHEESY STUFF, JUST PURE ELVIS. HE HAS ALL THE RIGHT MOVES DOWN PAT. IT WAS ONE OF THE BEST DAYS OF MY LIFE. NOT ONLY DID I HAVE A BALL, BUT ALL MY GUESTS WERE CLAPPING THEIR HANDS, LAUGHING , TAKING PICTURES, ETC. ROB WAS SO GRACIOUS TO EVERYONE, EVEN THE GUYS. OF COURSE HE HAD ALL THE WOMEN SWOONING. GOOD GOING, ROB, YOU ARE BEING TRUE TO ELVIS IN YOUR PERFORMANCE. WOULD RECOMMEND HIM TO ONE AND ALL. K.CABASSI

My five year old is a huge Elvis fan. Rob made his birthday party one to never forget. Rob is a true tribute artist, he did a fantastic job as Elvis. Rob brought to the party Elvis' signature moves as well as a strong singing voice that wow'd our group. He was very easy to work with in planning this event. We will definitely book him again as well as refer him to all our friends. Thanks Rob!

Rob Ely is the most amazing Elvis!! He, by far, exceeded our expectations to the sheer delight of everyone at our party. With his fantastic voice, easy on the eyes appearance and incredible personality we had a great time being transformed back to the 50s. I highly recommend him for any event where "rockin' and rollin'" is a must and look forward to seeing him again at another one of our future events. Lock up your little girls and put him on your payroll, this prompt, professional and very talented fella certainly won't disappoint!

As seen on Major TV Stations, FOX 40 LIVE News, with Bethany Crouch, (see video in video section) and Good Day Sacramento Morning Show, (CW Ch 31), selected as their Elvis Impersonator of choice, in "Remembrance of Elvis' 75th Birthday. Also picked as the Elvis of choice for The Oakland A's 1950's throwback Game in 2012, which featured Rob driving onto the field for fans in a 1955 Elvis replica Pink Cadillac, sang The National Anthem and performed a short concert on Home plate and was featured on Sports Center!

Rob Ely Is A Multi-Award Winning Elvis Tribute Artist, who has been performing for 20 years! He has performed around the Country, for small, to very large events! He can do simple events all the way to large showrooms, Casinos and has won or placed highly in many National Elvis Tribute Contests (some sponsored directly by Elvis Presley Ent. and Graceland!!) Some of his Awards/Accolades include:

Rob Ely IS the right choice for your Bay Area and CA Elvis Impersonator! Rob has 20 years of performing experience and has done well over 1000 events from Private parties to Large Showrooms! With A Very Close resemblance to Elvis, The natural Elvis-like charisma and charm, the signature moves and the powerful yet soft voice of the King through the years and the expensive costumes, from the 50's to the 70's, Rob Ely will surely please you at your event as The King of Rock & Roll!! Rob is a very accomplished vocalist and is the real deal. He puts it all out there, just as Elvis did, polished and powerful, and is A definite crowd pleaser! Rob is a very strong stage performer who will do all the moves, songs and mannerisms of Elvis to make the ladies swoon and the Guys dance and sing right along with them. An entertainment veteran in his own right,as well as an Elvis Impersonator veteran, Rob knows how to command an audience and work a crowd to make sure all in attendance are thoroughly entertained, at the end of the show. Whether its walking around shaking hands, dazzling the crowd with his high energy Elvis stage moves, "Wowing" you with his dynamic voice, passing out scarves, serenading the guest of honor and other attendees, or taking pics after the show, Rob will leave you spellbound! Comments regularly heard at the end of Rob's shows are, "Wow!" "Amazing!" "You are an inspiration!" and "You're the Best we've seen", You're voice is spot on Elvis" Just to quote a few. Past performances and clients include: BMW, AT&T Park, Holland America Cruise Lines, Black Oak Casino, Horizon Casino Lake Tahoe, Mardi Gras Casino, L.V, AIG Valic, Covad Communications San Jose Museum of Art, Black Hawk Auto Museum, 100's of Private parties and events and the list goes on and on! Rob has also placed in the top 3 out of several Professional Elvis Tribute Artist contests in Vegas and Tahoe as well.He has sold out Theatres and Corporate events, but also loves the quaint house party or anywhere you need an Elvis; no event is too large or too small. Performances Available From A One Man Track Show, Or A Full Band, Rob does it all!

*On a side note, Rob Also performs as Buddy Holly, Tim McGraw and does a 50's Rock n Roll Review/Sock Hop Style show!! You can add Buddy Holly with Elvis to create a one of a kind dynamic Double 50'S Tribute Show, or you can also book "Buddy" alone! Inquire for more details!

Although based in Nothern CA, Rob Will Travel Across The Globe To Bring You His Show!