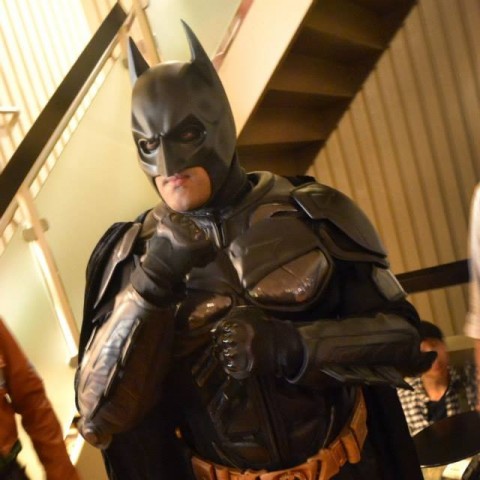 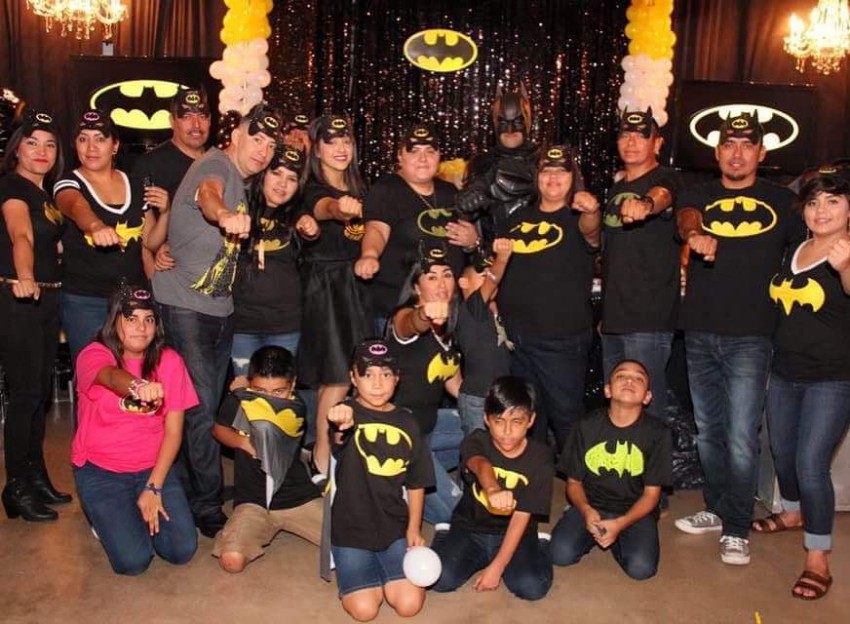 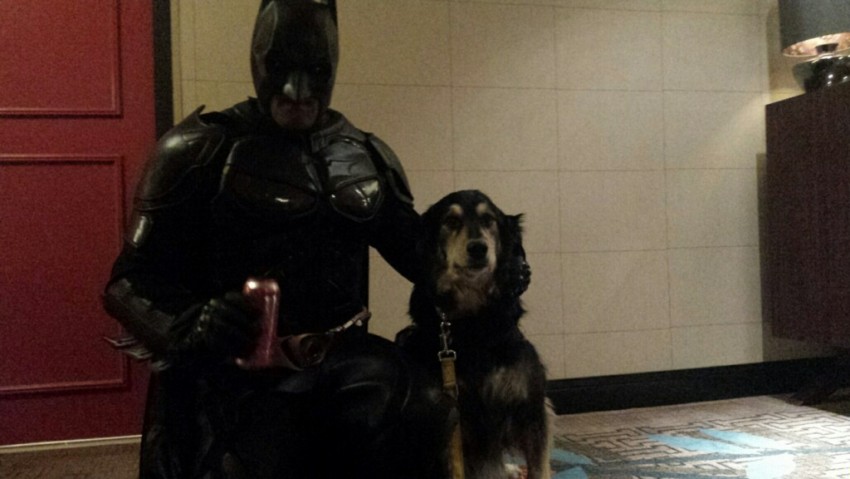 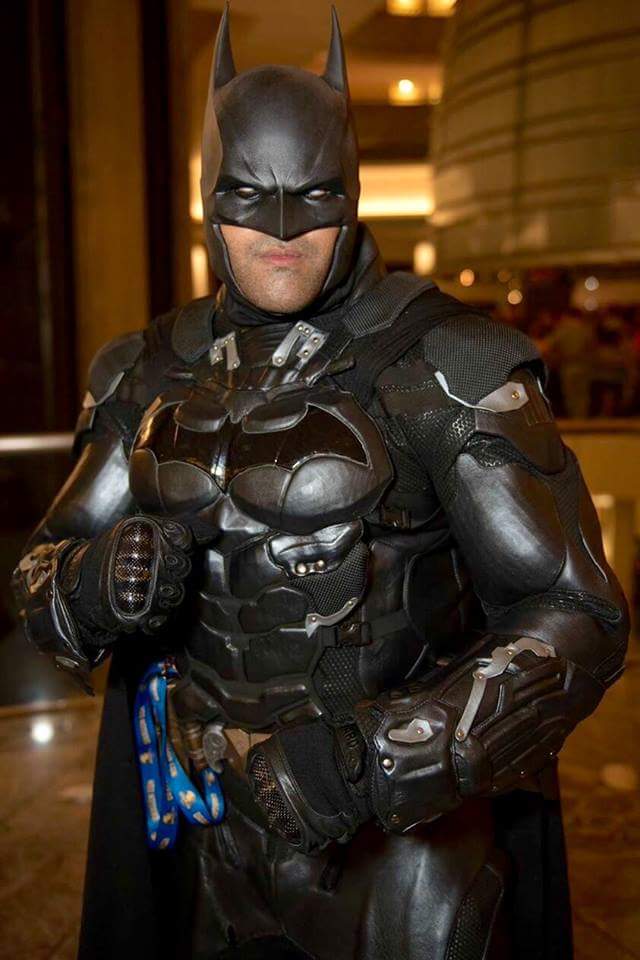 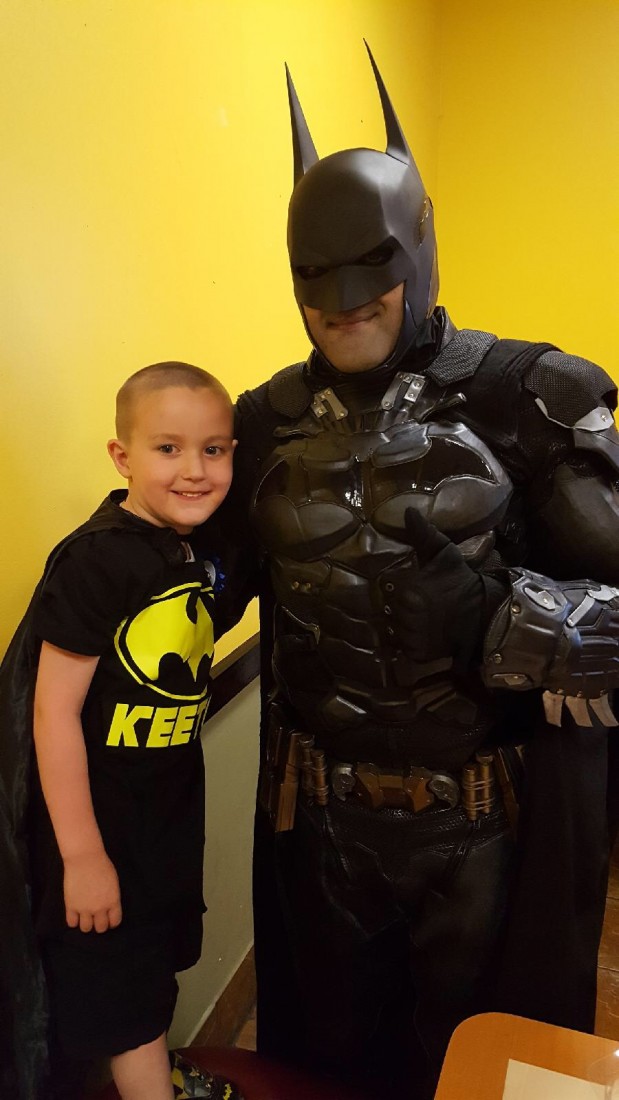 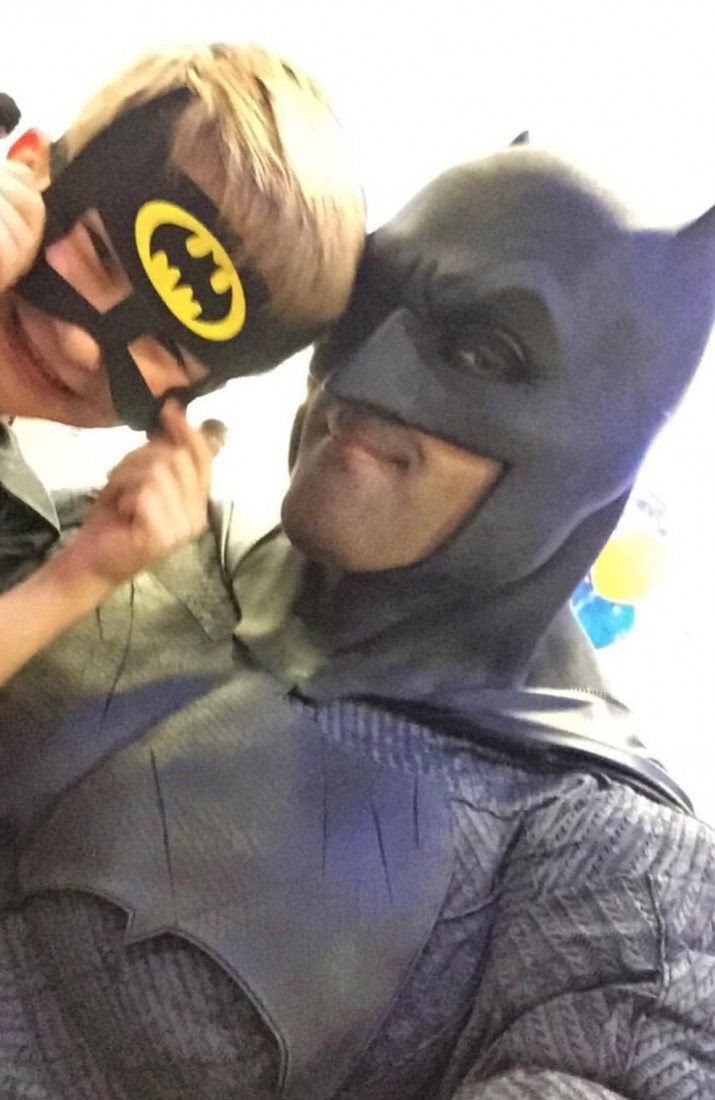 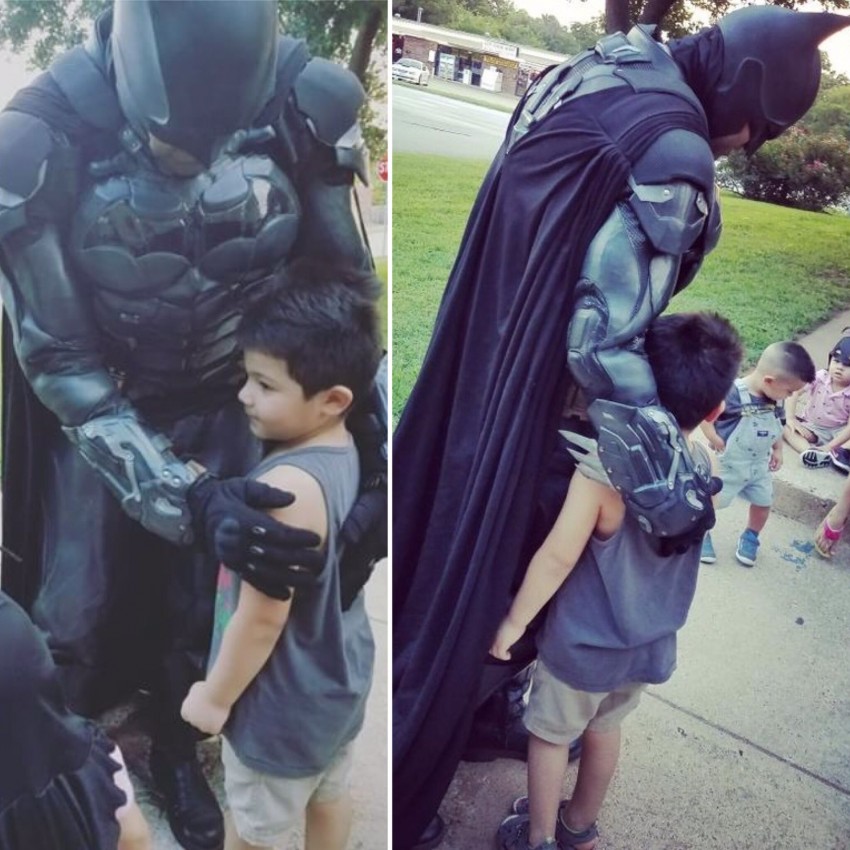 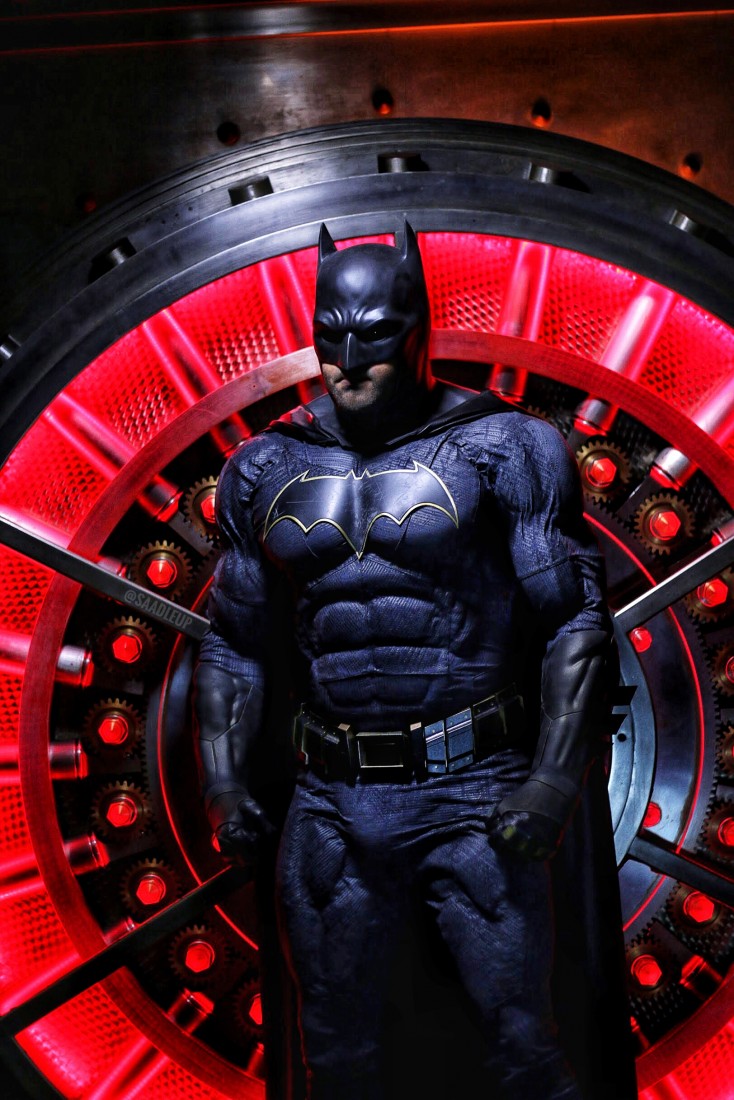 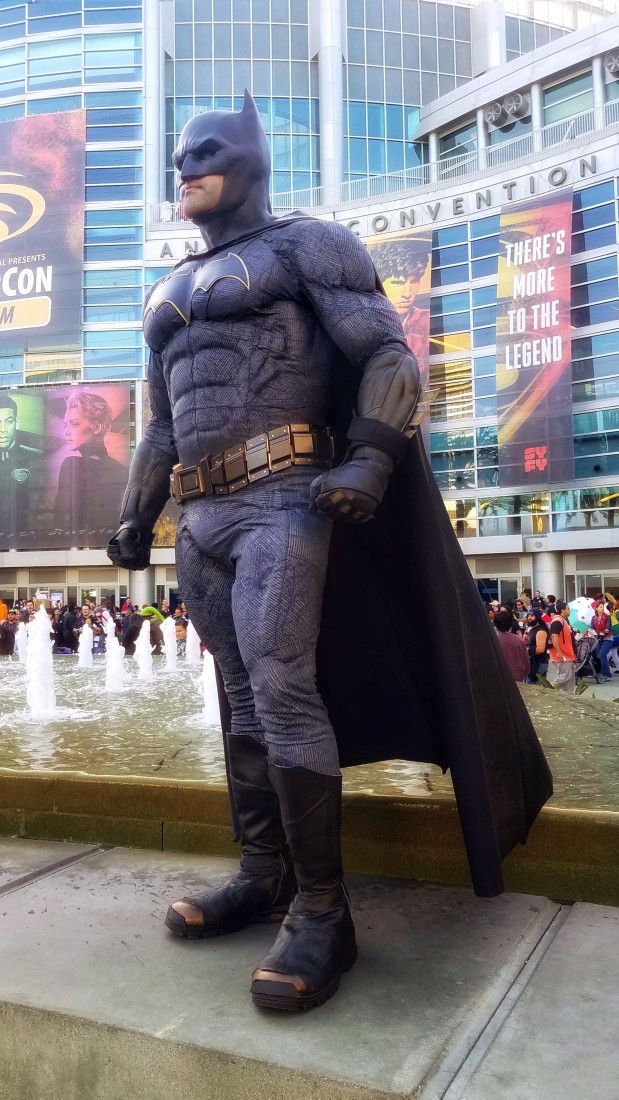 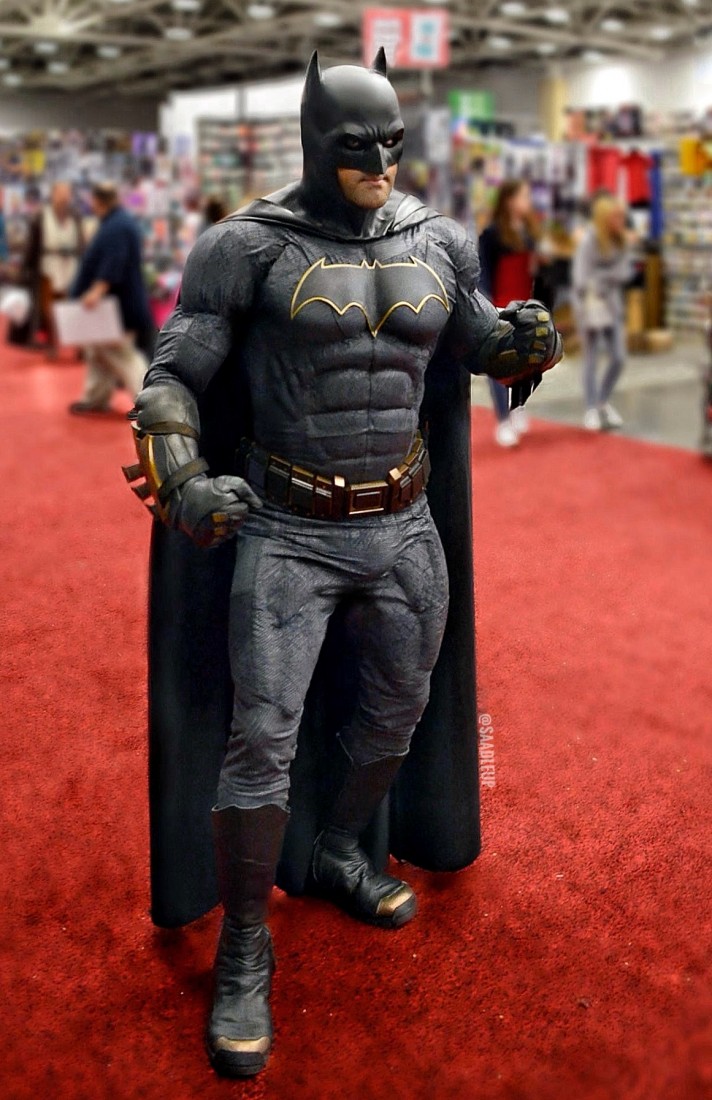 Entertaining children (as well as Adults!) as a movie-accurate Batman has proven to be a success for me. I can suit up, show up at a birthday or any other kind of fun event, and put up a show! I try my best to offer reasonable quotes based on on activity time and transportation time.

We hired Batman for my daughter's 6th birthday party. I was searching for Batman characters and he was the most reasonably priced. He was honest in saying that he really just mingles with kids and they love that and are content. Other Batman were more expensive but promised to teach kids super hero moves, give prizes and other activities. Even though this Batman promised to do whatever games I created he certainly didn't take the lead in anything. He showed up about 20 min late and I had to start games without him because they were restless. So once he got there I only had 1 game left- freeze dance. That didn't last long and then kids took pictures cause which they absolutely loved but again only lasted 5 minutes.
Overall, I suppose we got what we paid for even though I even allowed him to leave after just 45 minutes because the interest had certainly faded. His costume was so amazing and the kids initially were completely fascinated. However, his personality was definitely lacking.

Notified the client I would be late, I had an hour of a travel time each way. Not much 'lead' to take in a game of freeze dance but I did what I could. Went beyond my way to interact and mingle with each of the ~15 kids for 50+ minutes - there are only so many conversation topics I can realistically incite. First time in my life I've heard my personality was lacking and first gig I've had that was unsatisfied. Very unfortunate.

This guy was great!!! He was so patient and kind with the kids who were a little frightened and wonderful with the ones who jumped all over him! He posed for tons of pictures with the adults and children and made my sons birthday party one to remember!

Kapow! Batman was a hit at our event!

I would recommend this particular Batman for a fun, superhero themed party! Realistic costume.

Dallas Batman made my son's birthday party memorable and fun for everyone. All the kids were excited to see him and enjoyed his presence. He looked very real just like the movie and was great with kids and adults. I would highly recommend him.

I'm great at interacting with kids of all ages. I will leave you satisfied in terms of entertainment, since Batman and superheroes are a passion of mine.

I am a graduate college student who is in town for the summer. I've put together a Batman Dark Knight suit and children who are fans if the movies are in awe when they see me! Contact me, and we can make arrangements.

Since it does get fairly hot in my suit, I prefer the indoors.