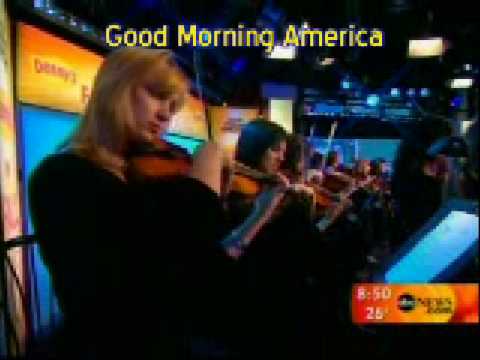 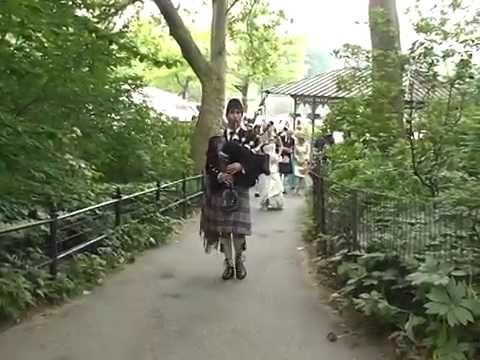 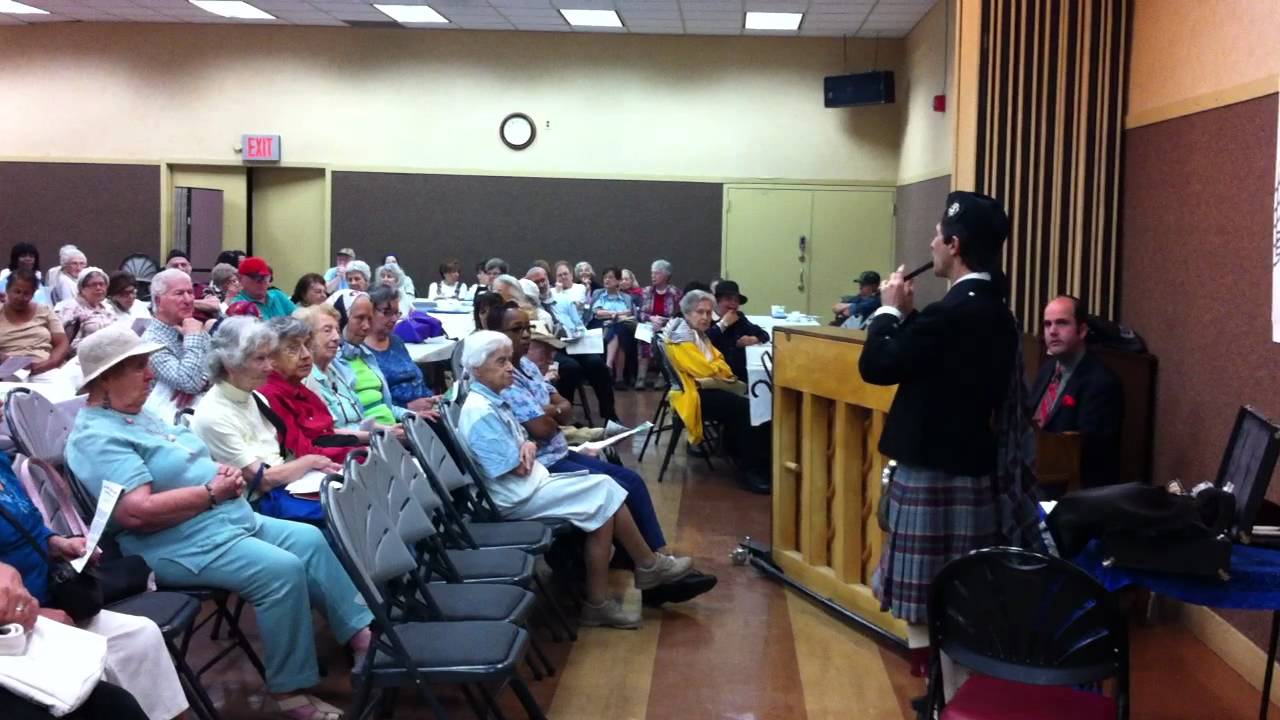 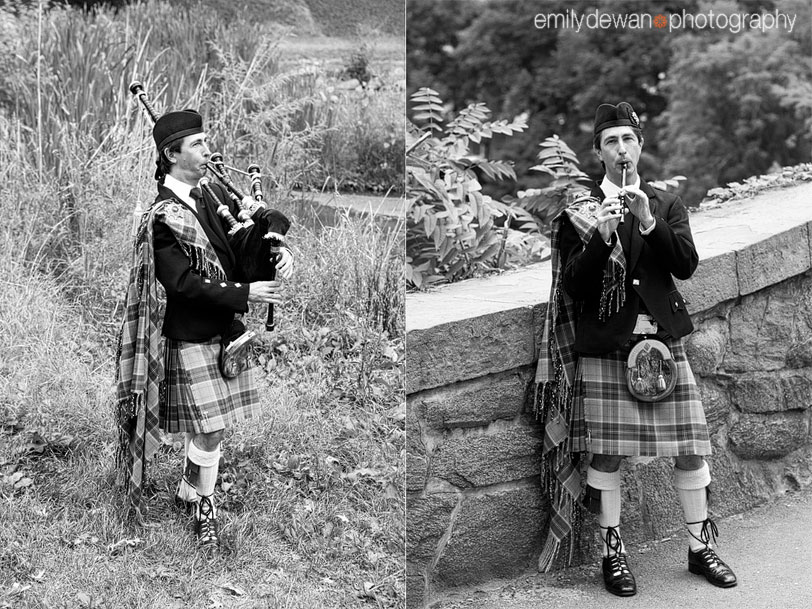 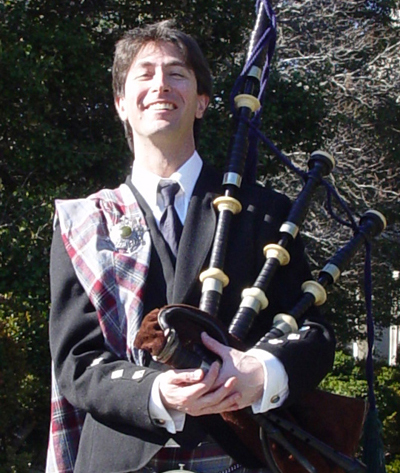 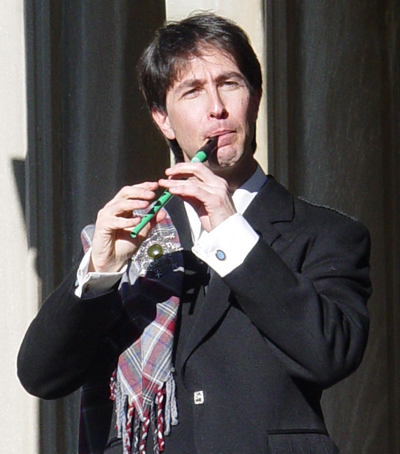 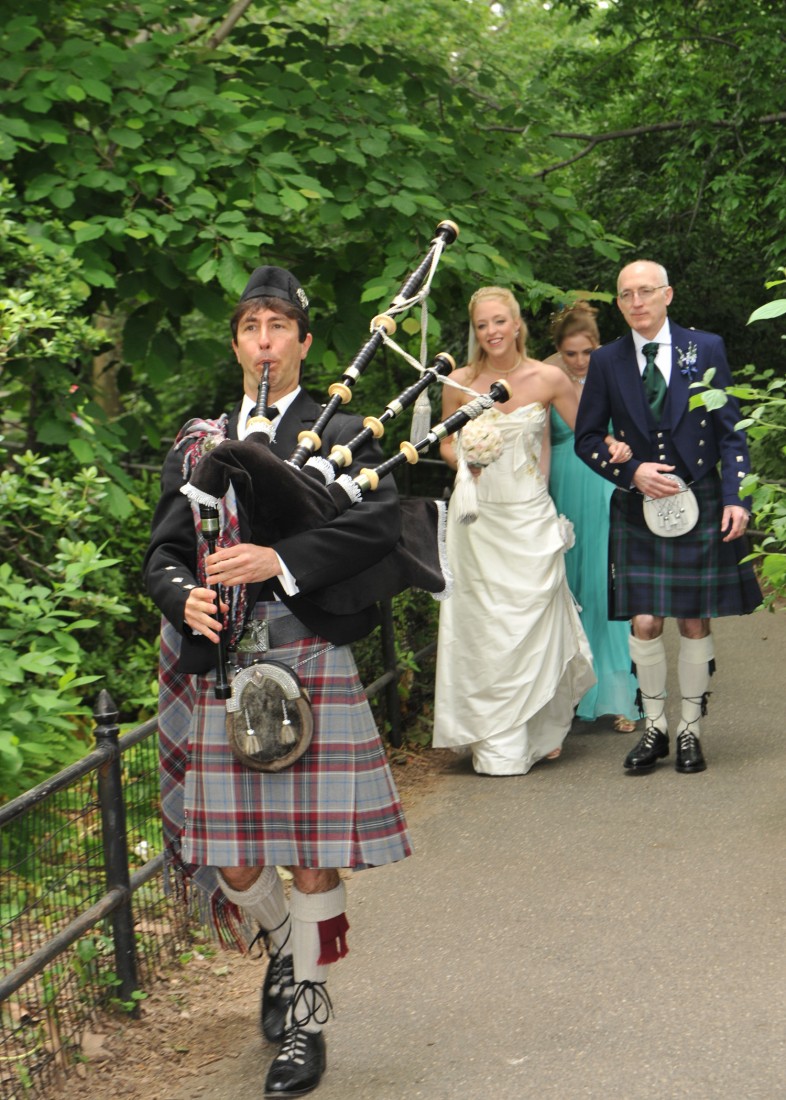 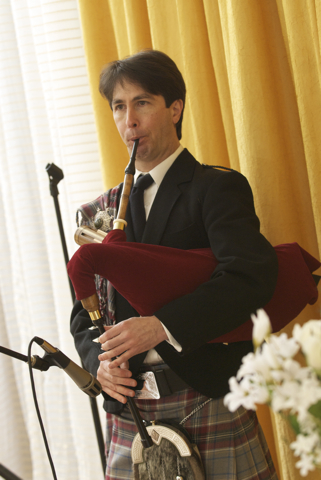 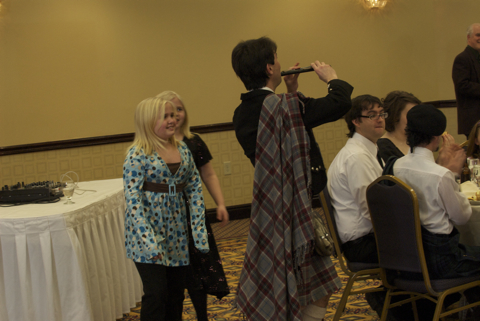 IRISH WHISTLE FOR THE GUESTS! 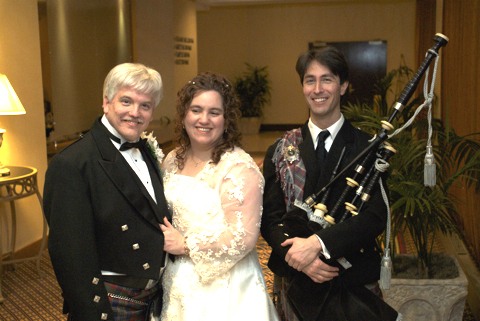 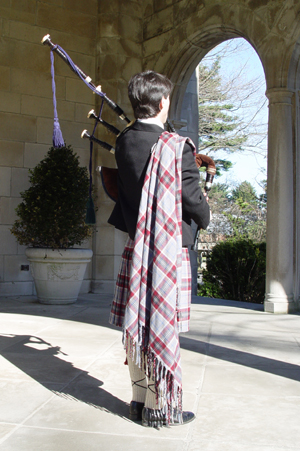 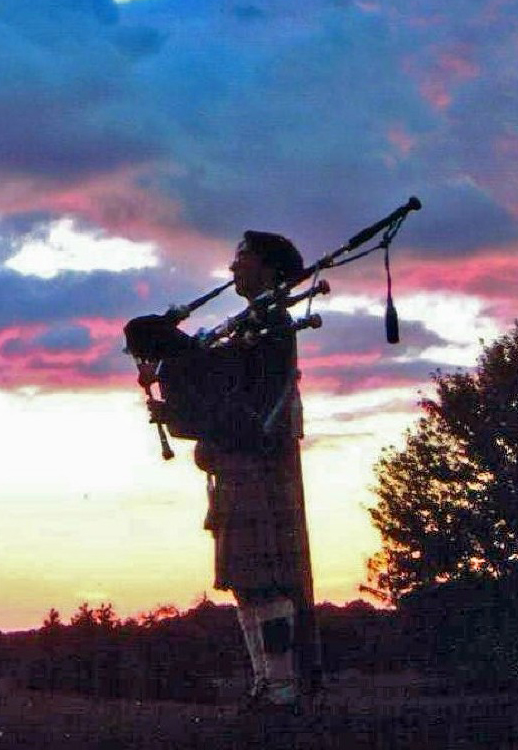 In addition to the bagpipes, Darius Kaufmann performs on a wide range of Celtic instruments, including Irish whistle (flute), smallpipes, bodhran (Irish drum), spoons and voice. He has performed for such legendary stars as Sinead O'Connor, Bono, Paul Simon, Paul McCartney, and Il Divo, and recorded with Tom Chapin on the Grammy-Nominated CD "Around the World and Back Again".

I would not hesitate to recommend this musician. Our guests were thoroughly entertained as his music provided the perfect touch to the party!

Thank you Patricia, it was a pleasure for me to be there!

I would not hesitate to recommend this musician. Our guests were thoroughly entertained as his music provided the perfect touch to the party!

did a lovely job at my father's graveside funeral. total professional

Thank you Kelly, it was a pleasure and an honor to be a part of the service for your father.

Darius played the bagpipes at my daughter's wedding at the Greenpoint Loft and he was fantastic!

Thank you so much, Madeleine - It was a pleasure to be a part of the wedding! -- Darius

Absolute legend. Darius was a consummate professional. On a very busy party day he was very easy to coordinate with and made the whole experience and he had suggestions on theatrics that made his performance even more impactful. Couldn’t give him a higher recommendation.

Darius is communicative, professional, kind and easy to work with. His bagpiping skills are unsurpassed and it was our honor to have him at our on-air radio memorial event. It really made the day for all involved. It was just so special. I can't say enough good things.

Darius played incredible! He was super friendly when organizing a surprise appearance at the church for my wedding on March 1, 2019! He was very approachable and very helpful with all my questions! He was reachable by phone call, text message and email, and responded quickly! I would highly recommend him to anyone!!

Darius was very professional and respectful. He listened carefully and answered all my questions. Darius also made recommendations and guidance in having bagpiper playing at the church. He followed up regarding our wishes for the memorial service. He helped us to arrange a drummer through Gigsalad. I received many compliments from guests attending the service on how great the music sounded.

Thank you, Janet - It was an honor to play for your mother's funeral. Wishing you all the best, Darius

Darius was extremely professional and his music was outstanding.

He did a last minute gig for me. My step son is leaving for the Navy and this was an excellent send off. Highly recommend him I will definitely use him again

Thank you so much, Susan! I wish you and your family all the best... Darius

Couldn't have asked for better

From the beginning, Darius was kind, courteous and professional. I was looking for a piper for a funeral service and Darius made it easy to navigate our needs. On the day his playing was beautiful and appreciated by all. Thank you for making a tough time easier on all.

Darius was amazing! The perfect touch for a St. Patrick's Day party.

Our Bagpiper was great and just what we needed! Darius did a wonderful job and all who heard him were pleased also. Very easy to work with and a pleasure.

Loved Darius! He sounded and looked great! Would hire him again!

A wonderful addition to the wedding.

Darius was easy to work with, very responsive when contacted, and willing to work with you to make your ceremony perfect. He was prompt, professional and genuinely enjoyed performing. It was a pleasure working with him and I would recommend him to anyone. Oh, and his bagpiping was amazing! It was a perfect surprise for our guests.

What a wonderful time. Darius came to my school and in addition to technically excelling at his instrument, he brought joy to so many people, and treated his performance as more than just a job. In addition, he was very personable. My highest recommendation

The star of the show! And so professional!

Darius just played at our elementary school assemblies for International Week. He was awesome! Super professional in the forward planning of the event, very responsive, on time and had some great suggestions about bringing it to life for the audience. The bagpipe playing was great. And he was a clear and articulate presenter who was able to tailor his presentation to the age and attention span of the kids. I can't recommend him highly enough!

Darius was such a hit with our friends and families. He made our wedding more memorable and fun. We received so many compliments about him. If anyone is looking to hire a bagpiper I highly recommend him.

My wedding would not have been the same if it were not for the talent of Darius. He is a talented musician and my friends and family are still talking about how he took their breath away. Darius is easy to work with and very flexible. He put up with my changing my mind with grace and kindness. I highly recommend him for any event that you are having. He is the real deal!!

Darius was gracious and very accommodating. We were happy with his services.

Darius Kaufman was simply at his best at our recent anniversary celebration. He was definitely a crowd favorite, his style was different and we are very pleased. Definitely would recommend him for any event.

Darius did an outstanding job at Dad's 90th Birthday with about 80 guests.
Our father loved the bagpipes and especially Danny Boy on the Irish whistle - the best he's ever heard.
The entire party rose to their feet to surround Darius while he played which marked the highlight of our celebration.

Darius was a perfect musician for our annual St. Patrick's Day party. In our house with about 20 guests including small children, Darius played an assortment of traditional Irish songs on the whistle, bagpipes and bodhran. He got everyone involved and we sang and danced along. I highly recommend him for his talents and good nature.

He was absolutely wonderful!

Thank you so much for playing at my Mom's graveside service! You did a wonderful job, and helped me send my Mom home to be with the Lord in a way I know she loved! Shanon Lee Barto

Hi Shanon - Thank you for your kind review. It was really a pleasure and honor to play for your mother's memory. I don't usually stay and play so long after a service, but everyone was so quiet and respectful, it seemed appropriate. It really was one of the nicest services I have experienced. I wish you and your family all the best with everything.
Warm regards,
Darius

I discovered Darius through Gigsalad. My dad, the oldest of 7 recently passed away. For his funeral I wanted something special. Darius is special. He consulted with me every step of the way, coordinating with the church administration regarding their requirements, and offered advice when I didn't know what to do. He even played Ashoken Farewell on the Irish whistle when he had previously only played that tune in a recorder.

Darius was on time, in full regalia and professional every step of the way. Family and friends came up and commented on the beauty of his performance. I'm sure my dad would have been pleased.

Darius was great. Pricing was reasonable, communication was fantastic (even called and emailed the week of the wedding to check in), music was fantastic and Darius was kind throughout the planning and exicuting of the day. This is your guy. Book him.

Mr. Darius Kaufmann added lovely music to what could have been a somber day. It was overcast at our Memorial Service and people were feeling dreary with the weather. Darius played the pipes outside and inside, and the Irish Whistle inside. People loved it and were uplifted. His music is truly a gift. Thank you for helping me find him.

Darius was excellent in every respect. He accomodated my request for a surprise appearance, communicated well beforehand for the preparation, was flexible and responsive with the performance. His performance was great and well received. He was willing to play additional tunes. I thought his fee was quite reasonable.

Did an outstanding job at my father's funeral

Everything was perfect. It was just what I was looking for and made a difficult time much more pleasant. Darius was incredibly flexible, yet also offered his expert opinion which was very helpful to me in planning the service. It was very comforting to know I was dealing with someone who had lots of experience and would be able to adapt to anything that came up. And, a delightful person to deal with.

Our wedding ceremony included the Irish Tin Whistle and Bagpipes played by Darius Kaufmann. It truly was the perfect touch to a magical day. His music brought to our family and friends a piece of our Irish heritage. It was just amazing and I recommend Darius for all events.

During a recent internment for my father's ashes Darius played the pipes and flute with such sensitivity and clarity that I heard from all participants how special his music made the ceremony. He was prompt, professional, agreeable and friendly thru out all our communications and his performance. Excellent musician and player. I encourage all who wish to hire him to do so without hesitation.

Great musician for any occasion!

Darius joined New York Road Runners at the Queens 10K running race in Flushing Meadows Park. With an "international" theme for course entertainment, I thought we had to have a bagpiper (which I've now learned was used to inspire soldiers into battle--so a perfect fit for some motivation along the race course!)

Prompt and thorough communication both prior to the event and on race day. He professionally dealt with all the crazy that a typical race morning brings and helped the event run smoothly. Not to mention our runners loved it! We would work with him again in a heartbeat.

Darius was amazing. Very professional, responded quickly to any questions. The guests loved him. We had him play the Irish flute for our communion it was the perfect touch! Thank you Darius for making our Wedding Day so special!!!!
Brian&Corey 5/3/14

It was a pleasure for me. I wish you both all the best!

I have been playing the bagpipes for 25 years. In addition to the pipes, I play the Irish whistle (flute), bodhran (Irish drum), shuttle pipes (small pipes), spoons, and I sing. In addition to playing with competition pipe bands, I am classically trained on piano, flute and composition. This allows me to easily transcribe non-standard music for the pipes, and to learn any request quickly and easily.

I have extensive experience playing for all types of events, including weddings, parties, funerals, social occasions and public performances. I have also performed for radio, T.V., movies and CDs. I have performed with Sinead O'Connor on The Tonight Show and NBC Today, and recorded Irish whistle with Tom Chapin on the Grammy-nominated CD 'Around the World and Back Again'. I appeared on "Good Morning America" with Il Divo, performing "Amazing Grace”, and most recently I performed for Mayor Bloomberg in NY.

I have an extensive repertoire of traditional Irish and Scottish tunes on the bagpipes and Irish whistle. I am also happy to play special requests.