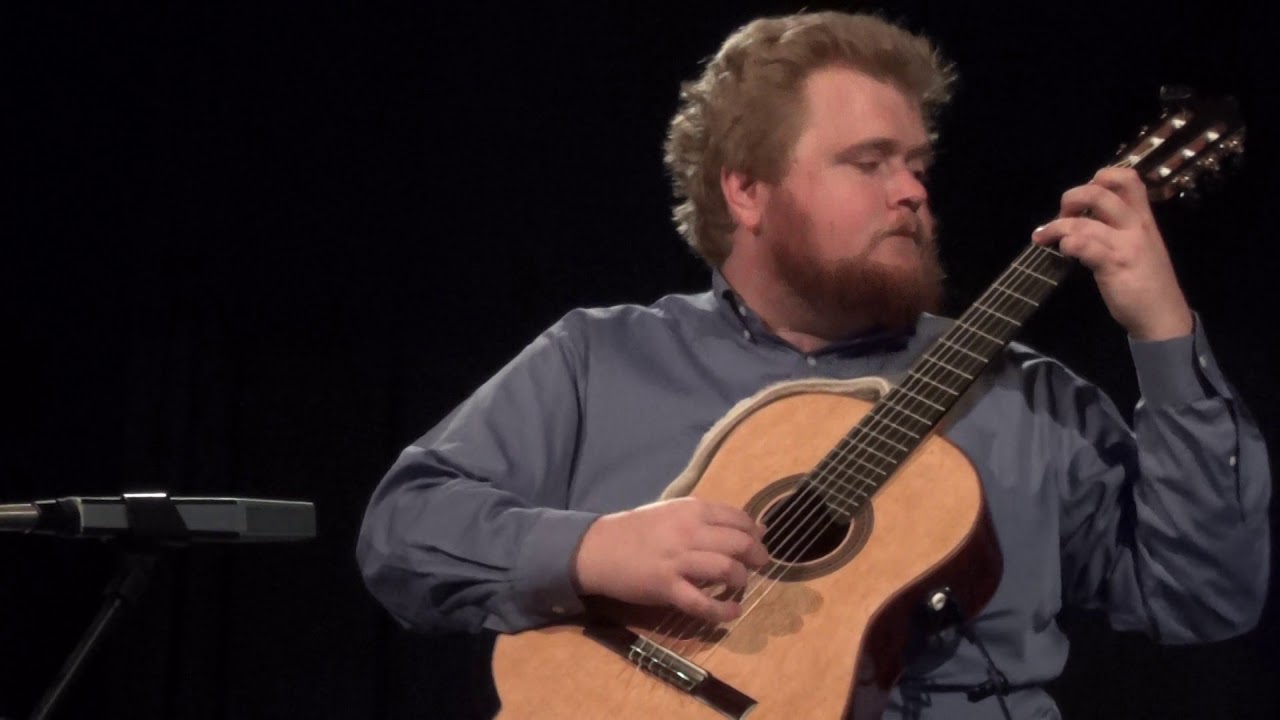 Dr. Austin Wahl is a guitarist of many facets. Holding bachelor’s, master’s and doctoral degrees from the Eastman School of Music, Austin has played classical guitar since age five. He also is a skilled bluegrass and rock guitarist, equally at home in all three genres. Austin can provide music for weddings, parties, business events, and nearly any other occasion, and is happy to learn new music of your choice. For more information, please visit www. austinwahl .com

Austin plays like an angel. He will class up any event where you need beautiful background music that isn’t disruptive but really makes the event a stunning affair.

Thank you so much, Kevin! It was a pleasure to play for you, and I really appreciate your kind words. Congratulations to your family!

Hi Deb! It was my pleasure to play at your shop this week. Would love to return any time. Thank you for the kind words!

Thanks so very much, Christina and Joe. It was my pleasure to share your wedding and I wish you many years of joy.

Austin was easy to work with and very talented. Would recommend!!

Thanks, Alan! It was a pleasure to play for your wedding.

Born in Minneapolis, Minnesota in 1993, he studied with Alan Johnston, a founding member of the Minneapolis Guitar Quartet, at the MacPhail Center for Music from 1998 to 2011. Wahl holds bachelor's, master's, and doctoral degrees as well as a performer's certificate from the Eastman School of Music, where he studied with Nicholas Goluses.
​
He has also studied privately with Thomas Viloteau, Joseph Pecoraro, Kristian Anderson, Kenneth Meyer, Dieter Hennings, Matthew Slotkin, and David Crittenden.

As a member of the MacPhail Guitar Quartet (Austin Wahl, Xavier Jara, Henry Johnston, and Luke Banchy), Wahl has also performed in masterclasses for SoloDuo and the Eden/Stell Guitar Duo.

Additionally, as a bluegrass guitarist, Wahl has performed in a masterclass for acclaimed banjoist Béla Fleck.

In February 2014, Wahl won the biennial Eastman Guitar Concerto Competition, and subsequently performed Rodrigo's Fantasia para une Gentilhombre with orchestra in the Eastman School of Music's Kilbourn Hall. Previously in December of 2011, he received an honorable mention as a freshman, competing with Castelnuovo-Tedesco's Guitar Concerto in D.

He was also selected by public popular vote as one of five Showcase Round Artists in Minnesota Public Radio's inaugural Minnesota Varsity competition for young musicians in 2011.

Wahl participated in the Book 1 Suzuki Method teaching course with Mary Lou Roberts in Ann Arbor, Michigan, in 2012, and did so for Book 2 with Andrea Cannon in Spring, Texas, in 2015.