Back to Classical Ensembles 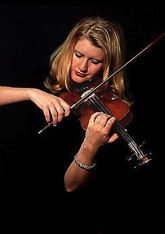 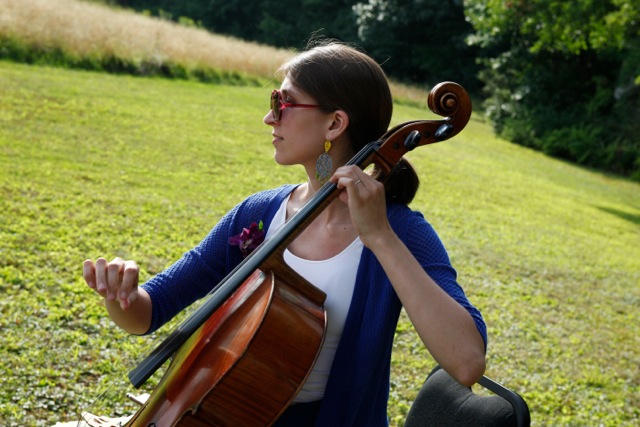 Aurelia means "golden", but to be honest, our ensemble is named for the character in Love Actually. When her boss's manuscript accidentally flutters into a lake, she jumps in to save the pages. The Aurelia Ensemble is willing to go the extra mile to serve you. And we are hopeless romantics.

We offer a network of experienced musicians to make your event elegant and special. Choose the Aurelia Duo (violin and cello) or select any combination of instruments to suit your event. Other common choices are string trio (two violins and a cello), piano trio (violin, cello, piano), or string quartet (two violins, viola, and cello).

We requested a violin and cello for our small outdoor wedding ceremony and this was exactly what we were looking for. Alyssa was super communicative in the lead up to wedding, making the music selection was what we wanted. The performance itself was fantastic. Highly recommended!

So easy to work with and played the songs that we requested perfectly! So many compliments on their performance

Thank you, Sarah! It was a pleasure to play at your wedding!

Aurelia created a very special occasion for my family as we celebrated my parents 60th wedding anniversary. They were the highlight of our intimate event held in my parents antique home - we all felt transported back in time. It is an amazing, moving experience to enjoy music in such an intimate surrounding. I plan on enjoying their excellent and wide ranging repertoire again soon. -David

The Aurelia Ensemble offers elegant, meaningful classical music tailored to your event. Choose the Aurelia Duo (violin and cello) or any other combination of instruments (e.g. string trio, piano trio, or string quartet, solo cello, harp and cello). We can perform the classics as well as arrangements of popular songs.

The Aurelia Ensemble was founded by Lisa Hollis (violin) and Alyssa Lawson (cello).

Lisa Hollis, a native of Longmont, Colorado, began her violin studies at the age of five with Suzuki violin teacher Ellie Albers LeRoux. She holds B.A. in English and Music from Milligan College, and a Master of Music degree in violin performance and Suzuki pedagogy from Northern Arizona University, where she studied with Dr. Louise Scott.

In 2003 she was appointed a teaching position with the Bermuda School of Music, on the beautiful island of Bermuda. Lisa performed regularly as a soloist in the Bermuda School of Music’s Some Enchanted Evening concert. She has also performed as part the Bermuda Music Festival, the Bermuda Philharmonic Orchestra, the Flagstaff Symphony Orchestra, the Johnson City Symphony and the Kingsport Symphony. She has served as Principal Second Violin for the Boulder Symphony Orchestra and also performed with the Longmont Symphony Orchestra. She has performed in concert with Josh Groban, Smokey Robinson, Quincy Jones, Kenny Rogers, John Ingram, Patti Austin, John Legend, and Michael McDonald. Now back on US soil, she is a faculty member at the Suzuki School of Newton. Lisa's favorite part of playing weddings is helping couples choose music that is meaningful to them.

New York native Alyssa Lawson holds a B.A. in Music from Swarthmore College and an M.A. in Ethnomusicology from UCLA. Her principal teachers have been Melinda Flower, Michael Kannen, Marcia Wiley, Jeffrey Solow, and David Szepessy. She performs in a variety of styles, from the standard baroque and classical repertoire to rock, reggae, and middle eastern music. She is a founding member of the acoustic indie pop quartet The Morning Architect.

Alyssa is a registered Suzuki teacher who has trained with Nancy Hair, Carol Tarr, Barbara Wampner, and David Evenchick. She teaches at the Suzuki School of Newton and is also the assistant director of the Massachusetts Suzuki Festival. Alyssa's favorite part of playing weddings is that it reminds her of her own special day in 2013.

Amplification is only required for large audiences.

We tailor our set list depending on your preferences.