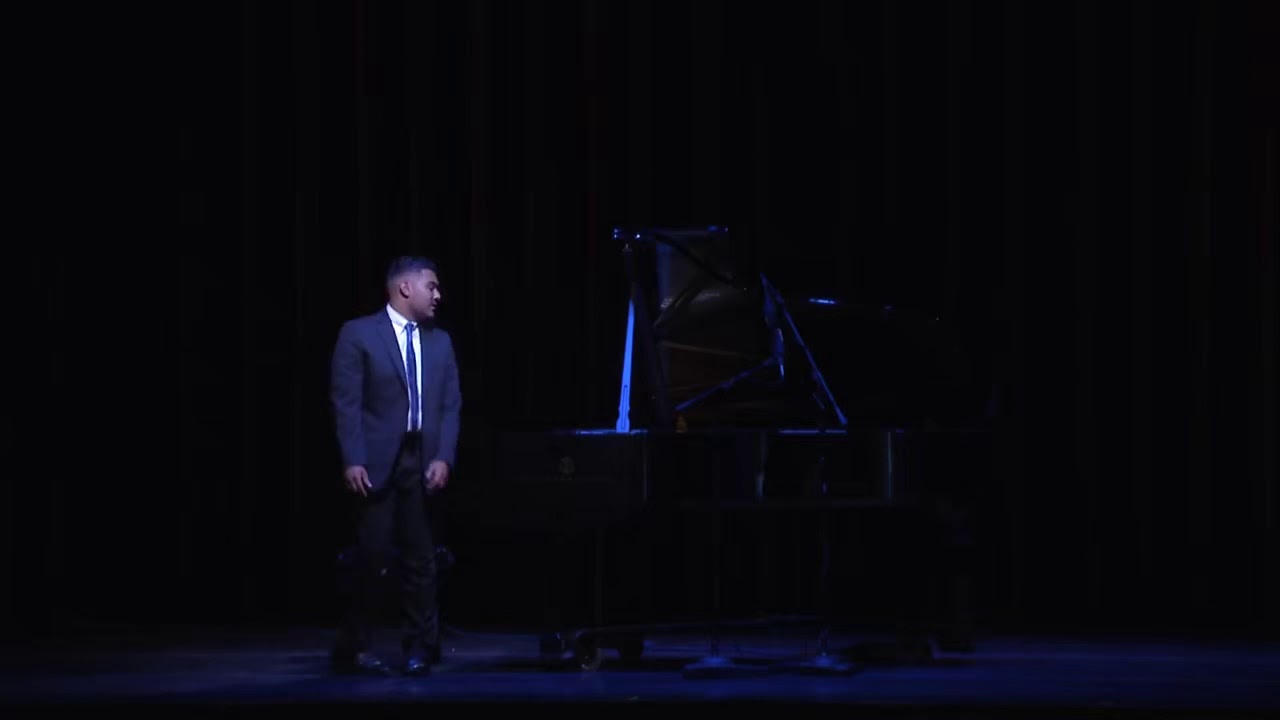 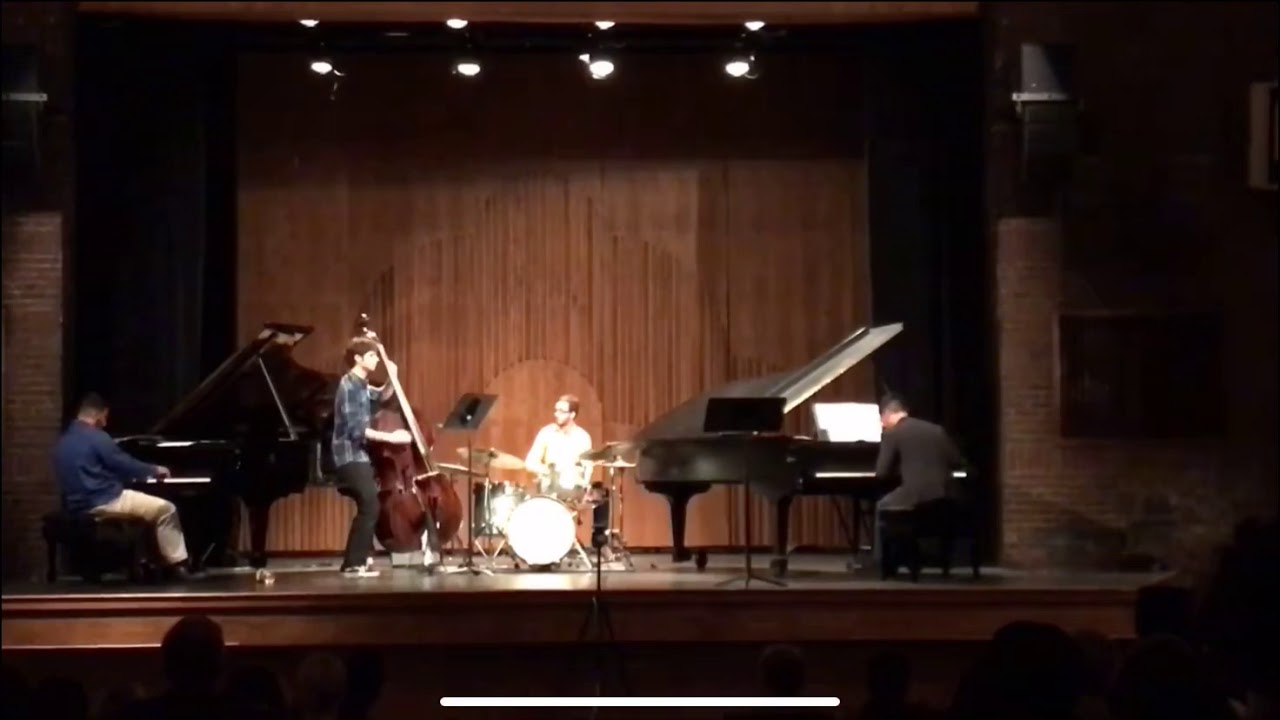 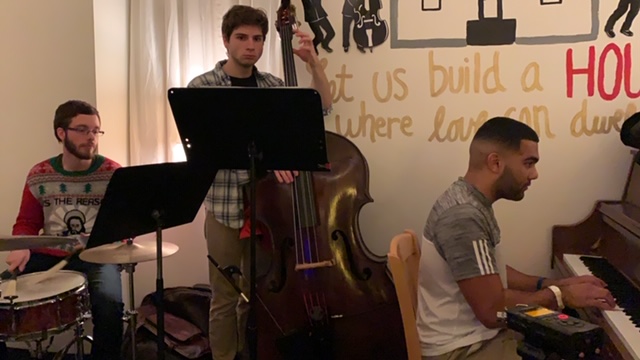 Antonio Plumer provides classical, jazz, jazz standards, and other popular music selections on the piano and accordion. He is also a jazz and classical percussionist. He has performed in the Baltimore/Washington D.C. area for over ten years professionally. Throughout Antonio's musical career, he has performed at places such as Weill Recital Hall-Carnegie Hall, The Kennedy Center, the German Embassy, Twins Jazz and other local stages. He has provided music for weddings and private events at places including Marine Barracks Washington, DC, Langley AFB, Fort Myer, Columbia Country Club, The Army Navy Club, and regularly at The Cosmos and Metropolitan Clubs.

We hired Antonio to play at our family reunion. He was outstanding! His playlist was exactly what we wanted. Our mother was so happy!! We will hire him again!

The best part of our wedding ceremony!

Antonio and the violinist he works with were absolutely amazing! Their music was so gorgeous and perfect. Antonio was also extremely kind, flexible, and professional to work with. He is worth every penny!!

Antonio was awesome! His music was like having candy for your ears!

Very professional and talented. Easy to work with and very flexible.

we would love to hire him again!

Antonio was a wonderful performer, and we would love to hire him again! He kept the audience engaged and offered a variety of music across a few different genres. He understood the needs of the group (Alzheimer's and Dementia) and was able to cater the performance to their tastes.

Antonio was incredibly helpful during our event. He came on time and prepared. He knew the music well and was flexible when we wanted to make adjustments. I would highly recommend antonio if you want your event to go smoothly.

We decided to add an accordion player to our Italian-themed party as an extra, over-the-top suprise. Antonio is a very talented musician and did a wonderful job of entertaining our guests. One of our friends, a professional singer with opera training, even sang with him, which became a highlight of the party! Antonio was a pleasure to work with and we were completely satisfied.

Antonio was professional and worked with me on my elaborate request.

Antonio Plumer can provide solo piano or accordion, chamber group, combos, or band in the styles of classical/jazz/broadway/popular hits/motown/movie hits/classic rock/Christian/Sacred, and any type of requested style by any client. He can accompany singers, instrumentalists, and can provide a high quality Classical recital, jazz concert, or a light mix of classical/jazz/popular and specific requests by any client for any occasion.

Antonio Plumer is a versatile musician in all styles who is based in the Baltimore/Washington area. He grew up in Mt. Airy, MD. His father, Frank, started Antonio at age three on the piano. Since then, Antonio has studied with many music educators including Brian Ganz and Dr. Boris Slutsky from Peabody Conservatory, and renowned pianist Luis De Moura Castro from Brazil. Antonio has placed in many local and national competitions beginning at age 6, including the American Protege in 2012 and the Washington D.C. Steinway Competition in 2016 and 2017. As a result, he has had the honor of playing at Carnegie Hall's Weill Recital Hall and the German Embassy. Antonio has participated and performed in international piano festivals including the Wintergreen Summer Music Festival and Academy in Virginia, the Texas State International Piano Festival in San Marcos, TX, Art of the Piano in Cincinnati with renowned pianist Awadagin Pratt, the Washington International Piano Festival in Washington DC, and most recently the Connecticut Virtuosi Summer Institute and Festival in Connecticut where he performed the Brandenburg Concerto V with the Festival orchestra. In the summer of 2018, he had the wonderful experience of playing at the Kennedy Center's Millennium Stage as a participant in the WIPF. Antonio can provide high quality classical solo recitals on the piano as well as feature other musicians for chamber music for a variety of events.

In addition, Antonio Plumer performs jazz as a soloist and with a band. He has provided musical entertainment on piano and drums with his father at the residence of Gen. Glenn Walters USMC ret., Assist. Commandant of the Marine Corps, for a wedding reception at Marine Barracks, Washington. From 2014 to the present, he has performed piano, drums and accordion-solo and in combos- at The Army Navy Club in DC, Metropolitan Club, Cosmos Club, Fort Myer Officers Club, Langley AFB Officers Club, Columbia Country Club, Woodmont Country Club, Twins Jazz in D.C., Leisure World of Maryland, Ginger Cove in Maryland, and Turf Valley in Maryland. He has also performed in many local Church's, retirement communities, and other local stages located throughout the Baltimore/Washington area. He also had the special opportunity to be featured with the Marine All-Star Jazz band as a pianist at George Washington University in 2017. Antonio has additional experience performing in Big Bands such as with Phill Butts' Big Band based in Baltimore, and Dale Corn's Big Band based in Maryland. Recently, Antonio has started a jazz and improvisation performing series at The Catholic University of America. Antonio can provide musical services offering jazz music as a soloist and in a combo for private parties, weddings, receptions, cocktails, dinner parties, and anything related. He can specifically provide jazz, soul/motown, rock, classic hits, popular hits, international, and broadway/big-band/swing dance music .

In addition to playing jazz and classical music styles, Antonio can provide solo background piano for any type of event featuring a mix of requested music and a light mix of classical, jazz, broadway, and popular hits. If requested, he can also provide international, popular, motown, soul, rock, or classic hits music as well. He also has a wealth of experience playing for masses and worship services throughout the area and can provide his musical skill-sets if requested. Additionally, Antonio has a wealth of experience accompanying instrumental soloist in classical and jazz styles as well as vocalists in the jazz, classical, sacred, and opera styles and has accompanied for opera, choir, and other types of rehearsals.

Antonio is completing his college career at the Catholic University of America with studies in Piano performance, psychology, intelligence, and theology. He has easy access in and outside the cities of Washington D.C. and Baltimore areas. Antonio Plumer is a versatile musician who can provide musical services to fit the exact needs of his clients.

Lighting/Staging/Sound needs may vary and can be negotiated directly with the client. Antonio performs on traditional pianos, but can transport and perform on his keyboard or accordion if needed as well.

May Vary and will be negotiated based on the venue.