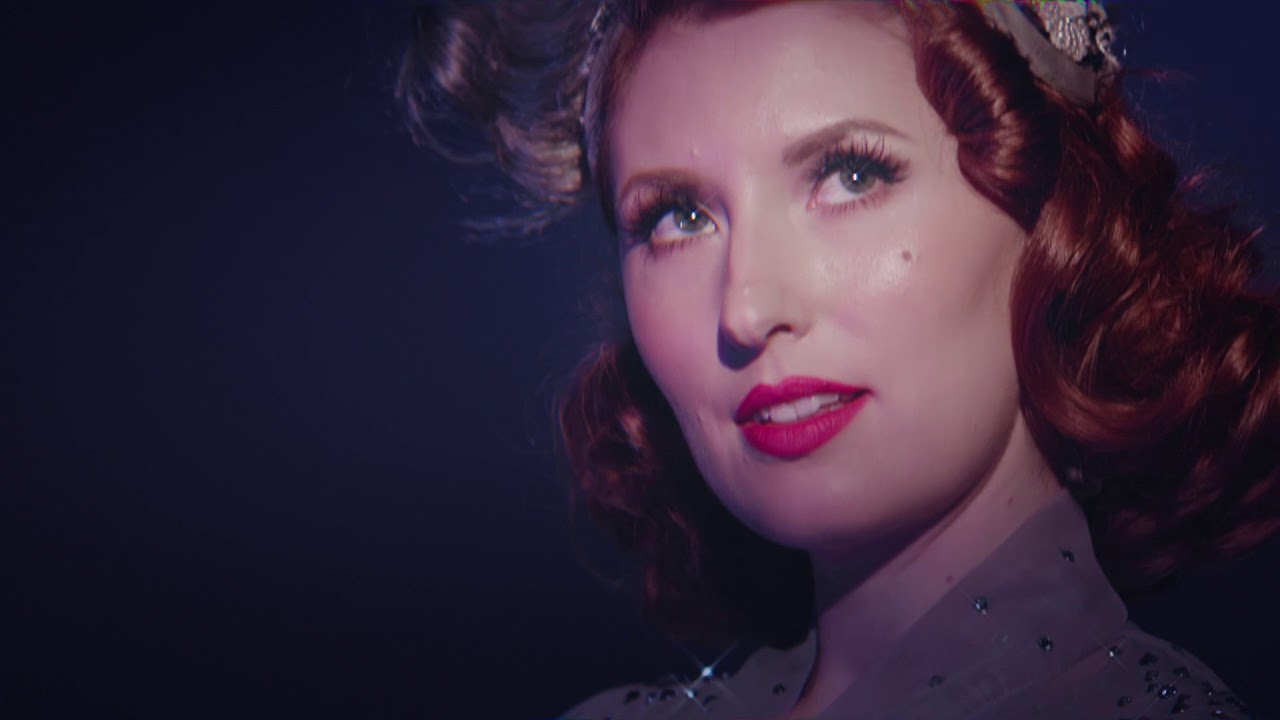 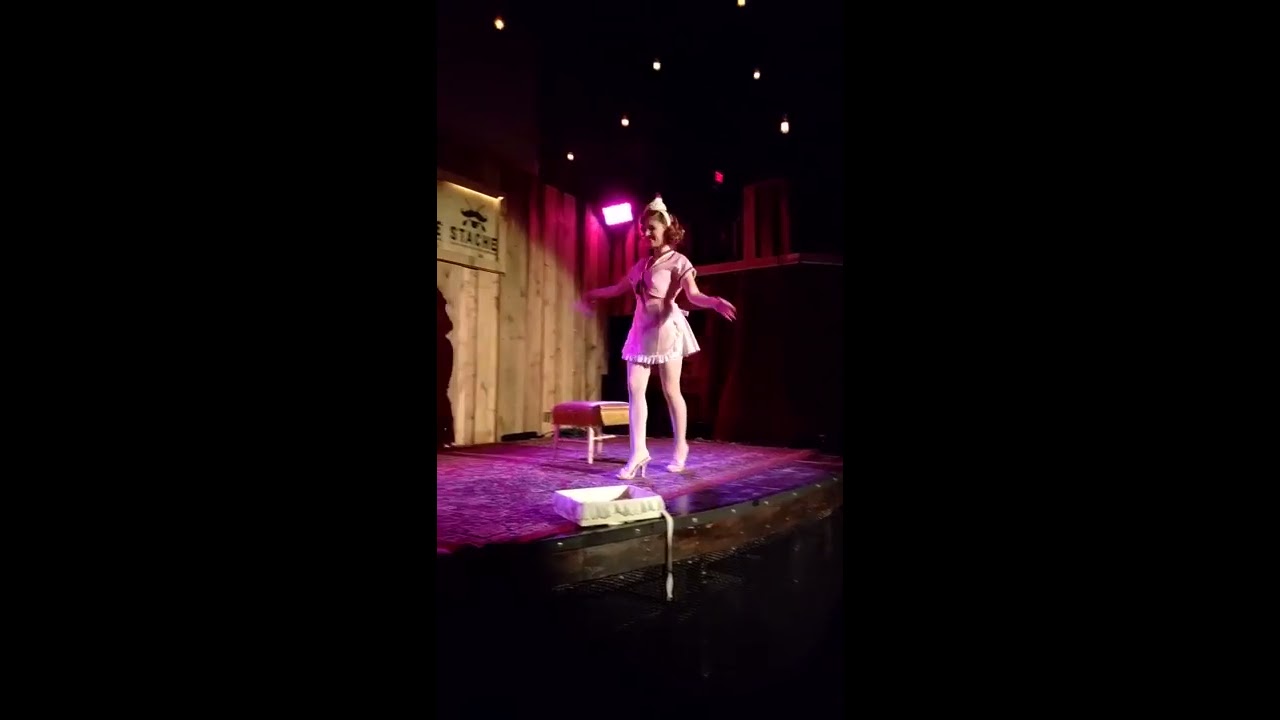 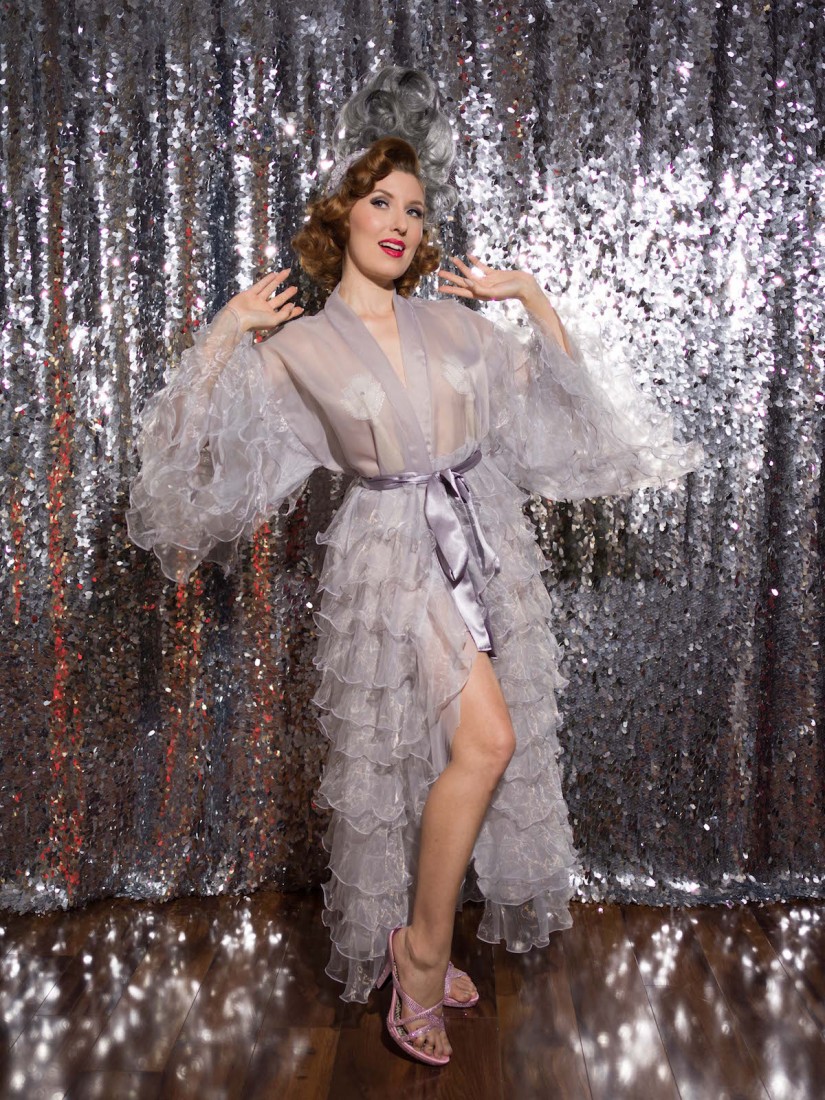 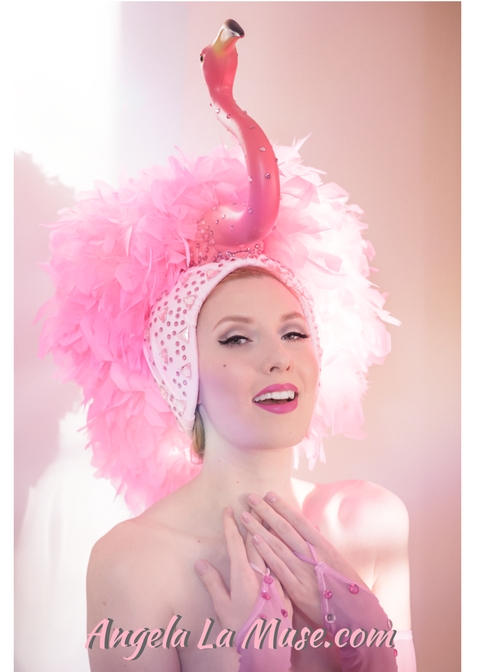 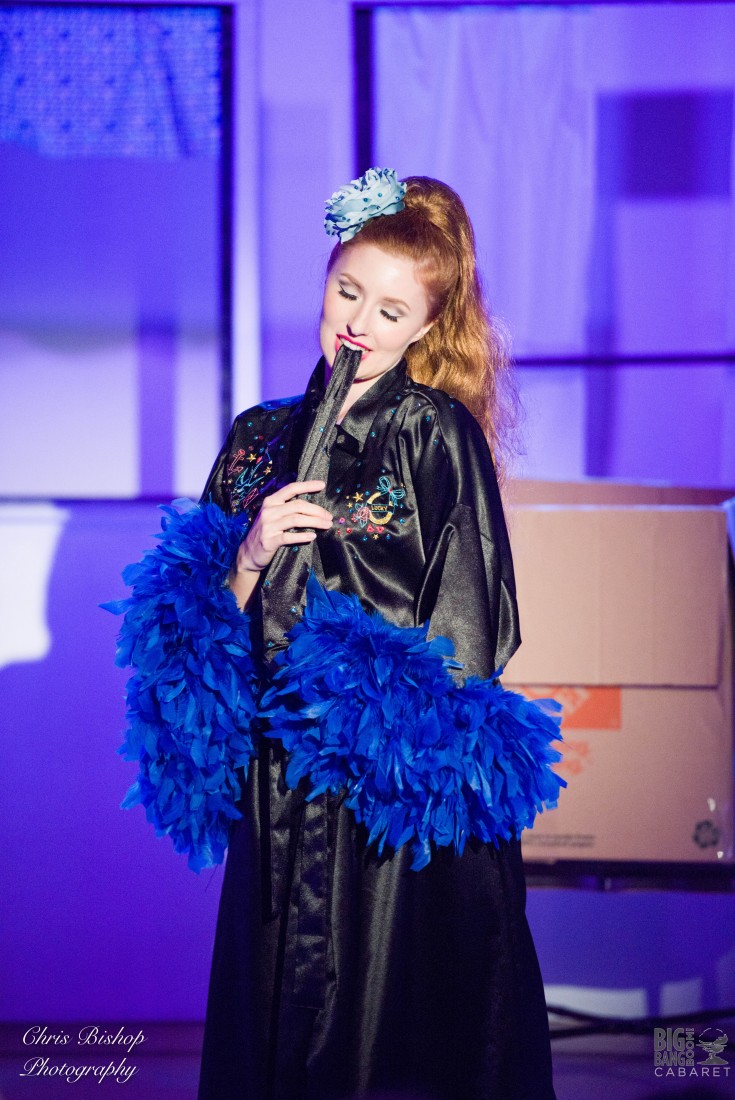 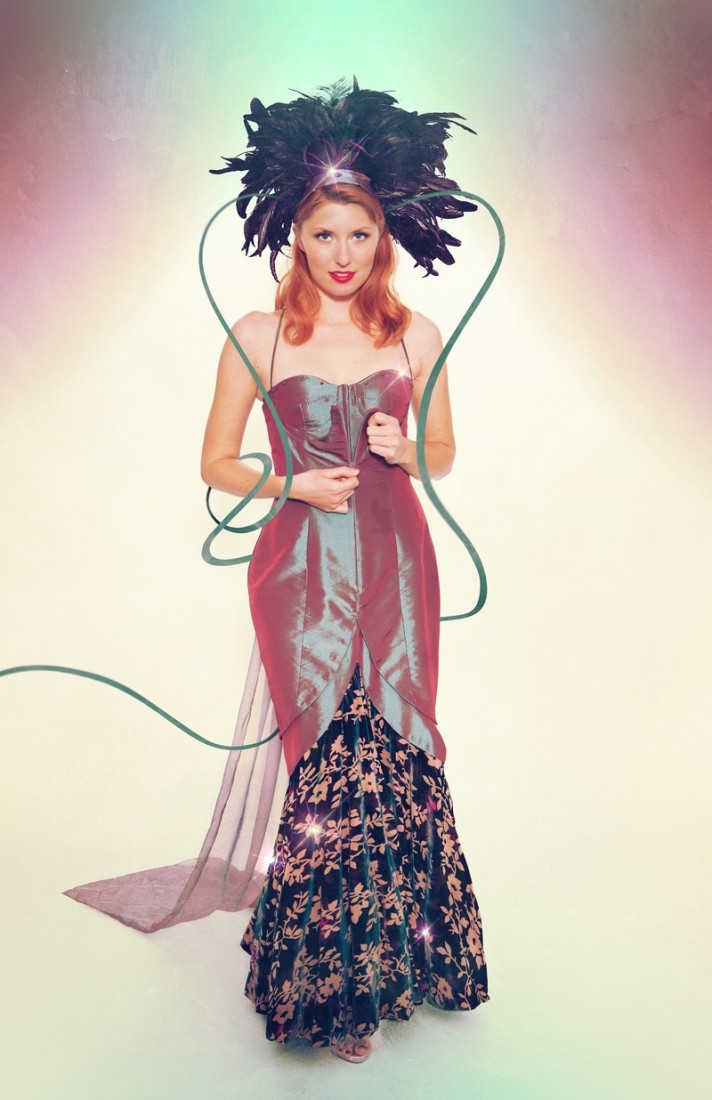 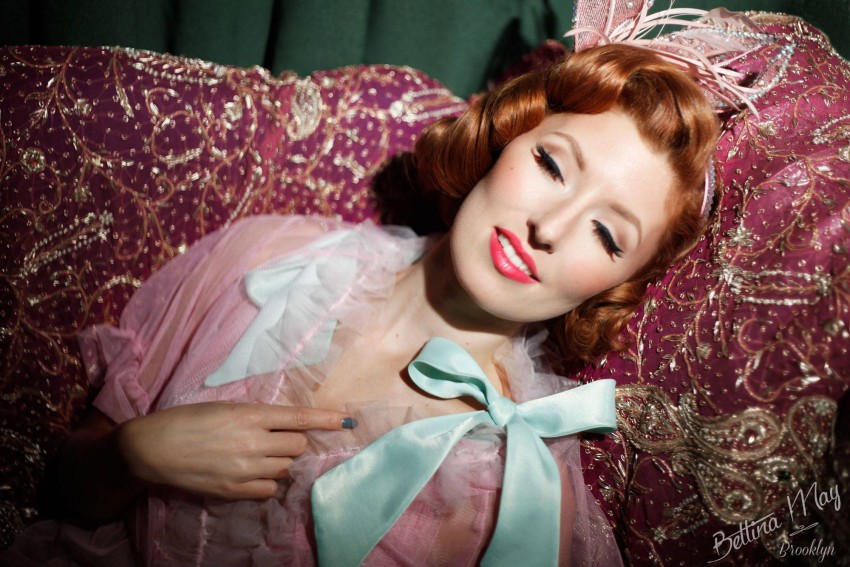 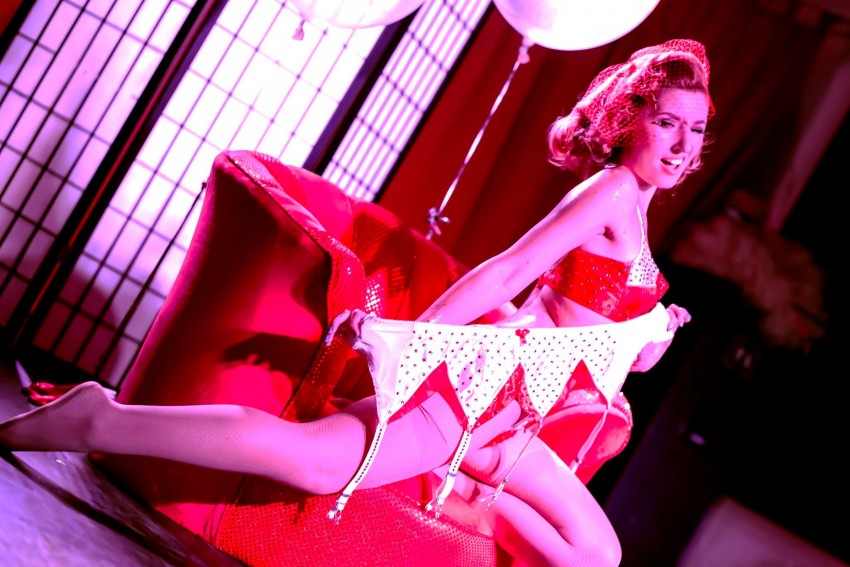 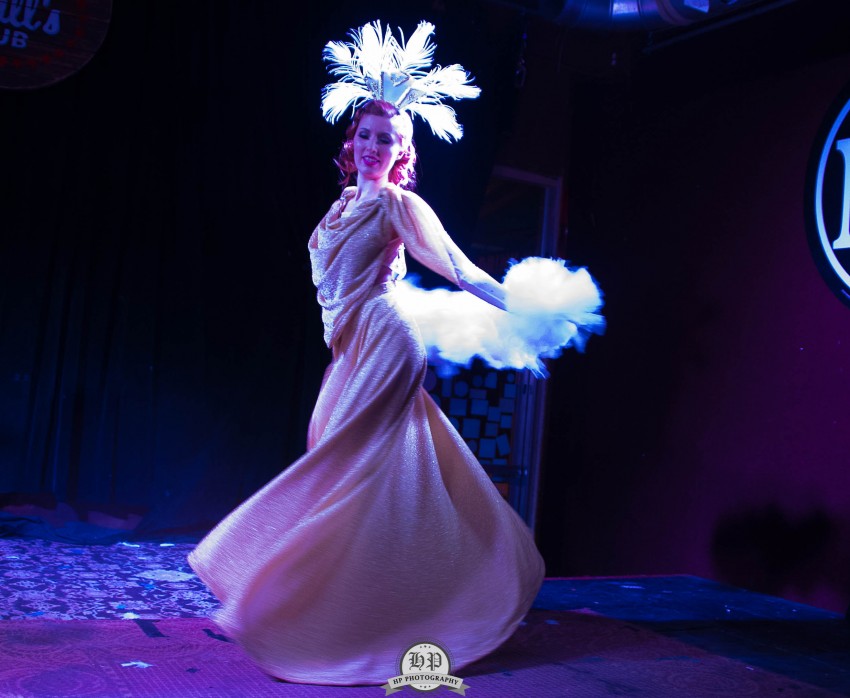 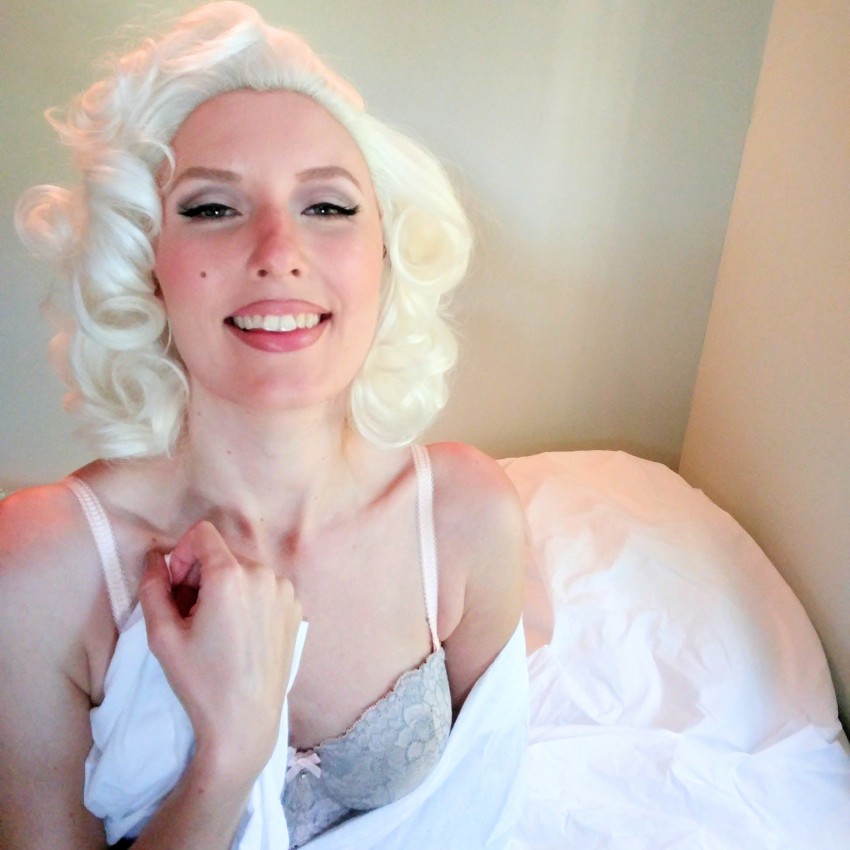 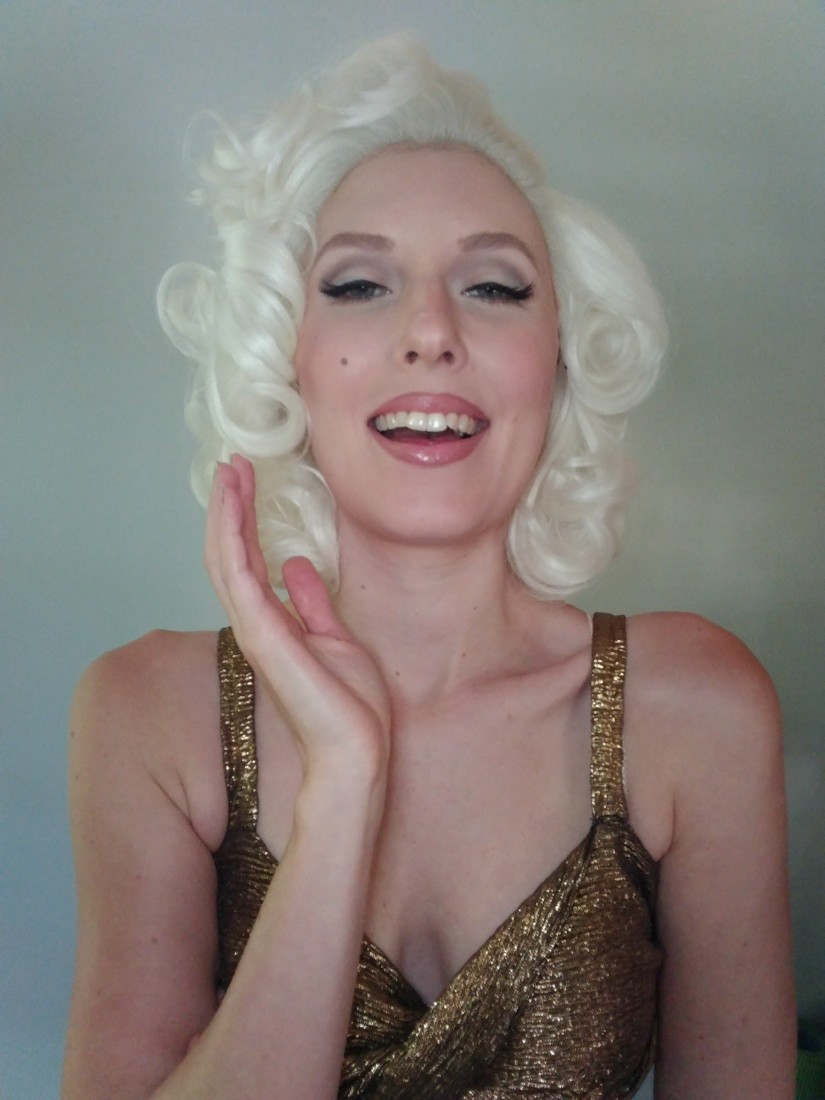 Angela La Muse is a professional burlesque dancer and pin-up model, reminiscent of a 1940's Hollywood starlet!
She has over nine years experience entertaining people for all types of events, among them some celebrities such as Ron Perlman, Xavier Gens, Milo Ventimiglia, Jennifer Blanc and Martin Short.
She has a classic burlesque performance style and can tailor almost anything to meet your needs.

Amazing performance! I hosted a large 1920s event for coworkers in St. Augustine and Angela was just perfect. She arrived on time and prepared. Very professional and easy to work with. Extremely talented and versatile. I recommend Angela without reservation!!!!

Professionalism. Passion. Experience in a large variety of special events as an entertainer & producer. An old soul, ready to capture the imagination of you & your audience.

Angela La Muse began her career in Burlesque and alternative modeling after her return from England to Canada in 2006. She played a leading role in pioneering the Burlesque revival in Winnipeg, Manitoba, earning a title as the most notorious burlesque performer of the prairies. One of her greatest accomplishments was being the headline performer of her region, at the 2013 Girlesque Show in Toronto, where she shared the stage with the legendary Tempest Storm.

"You do this artform brilliantly!" -Martin Short, Canada's Got Talent

She lives up to her name as a muse, having graced the stage, film, camera and canvas. Having performed for Ron Perlman, Xavier Gens, Milo Ventimiglia, Jennifer Blanc and on Canada's Got Talent, celebrity actor and comedian Martin Short compared her to Gypsy Rose Lee and said "You do this art-form brilliantly!" Her on screen appearances include Far Point Films' award-winning documentary Winnipeg Burlesque, where she portrayed Lolita the Snake Dancer, and danced with a large python. As well as a cheeky role in Guy Maddin's newly released The Forbidden Room, in a short narrated by famous American poet John Ashbery.

Her classic performance style and beauty is reminiscent of a 1940's Hollywood star, which captured the attention of the award-winning Winnipeg chocolatier Constance Popp. Inspired by the burlesque dancer, a chocolate truffle was named after her, infused with her favorite ingredients: champagne, fresh strawberries and cinnamon, to match her signature cinnamon hair. Angela La Muse was also captured by drummer Jessie Cahill, who snapped a photograph of her after a performance. That photo became the album cover for Joshua Bruneau Septett 2015 album, Bright Idea, from New York City.

"You are an absolute gem and an illuminary!" Mysterion The Mind Reader

Not only is she an accomplished burlesque dancer, Angela La Muse is a sought after pin-up model, spokesmodel, producer, emcee, burlesque instructor, and blogger who enjoys sharing her passion for burlesque and vintage styling with the world.

Lighting, staging and sound is the responsibility of the event planner or host. There can be different requirements depending on which acts will be performed. Please consult with me.
I can provide music via dropbox downloadable MP3.

At least an 8x12 foot area for performance is preferred, although not required.

Music player/sound system, that has tested my music prior to event

A dressing room. Preferably private or shared with other performers.