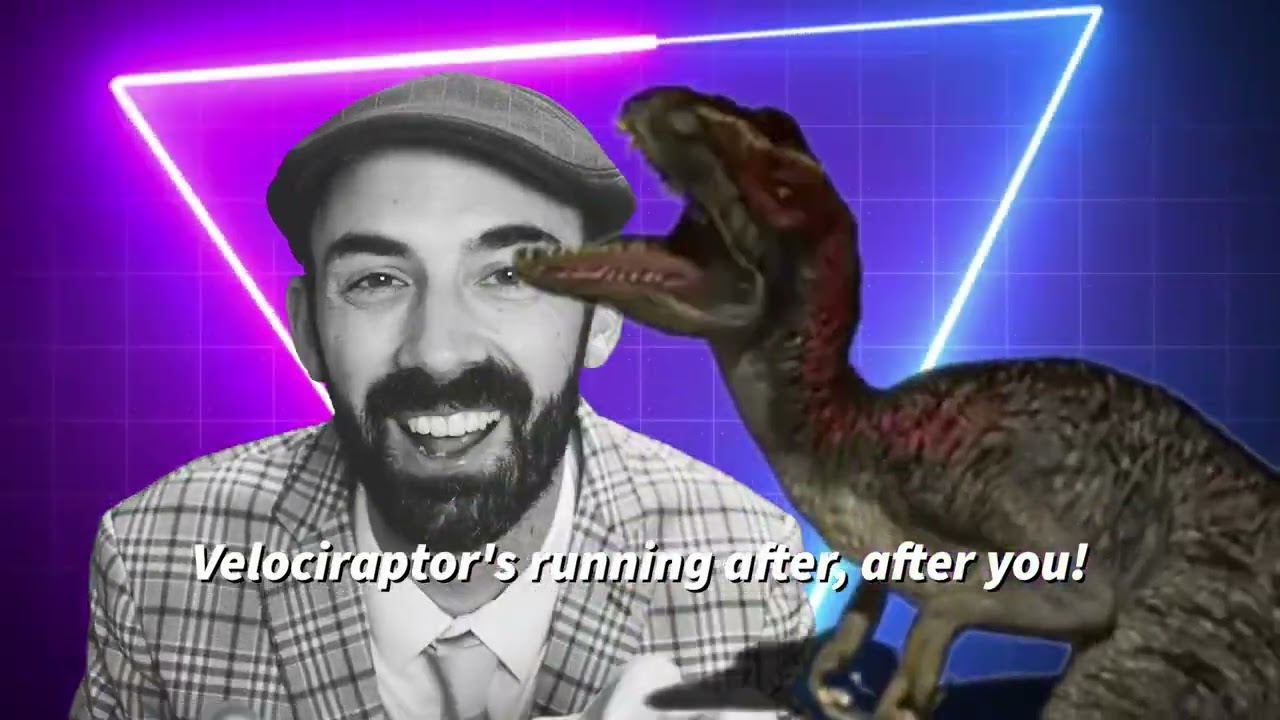 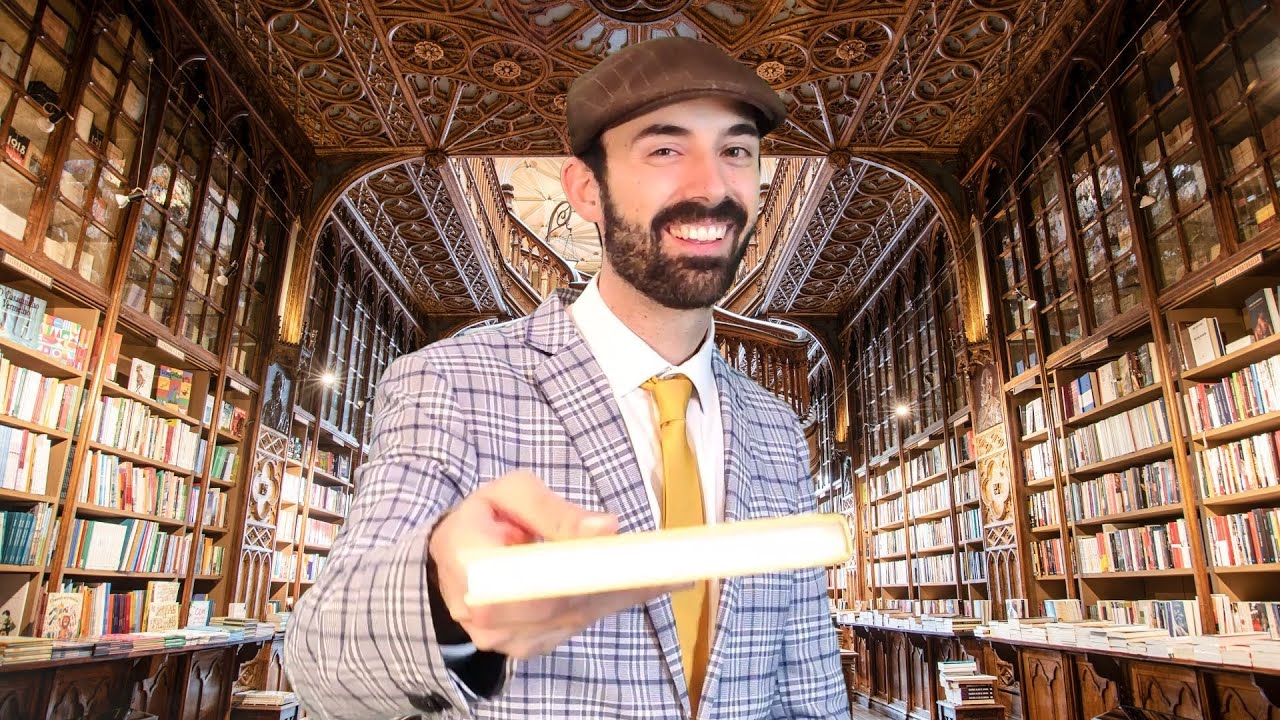 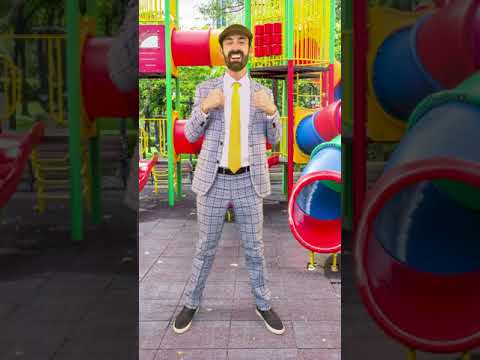 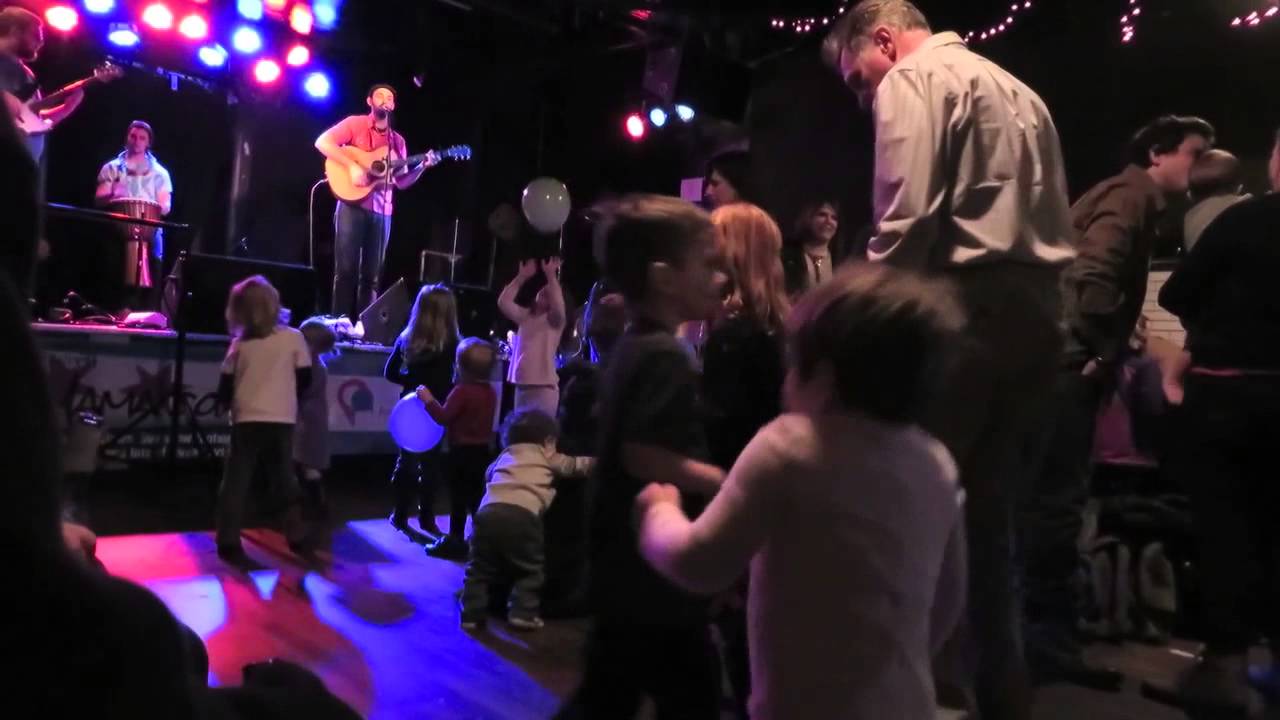 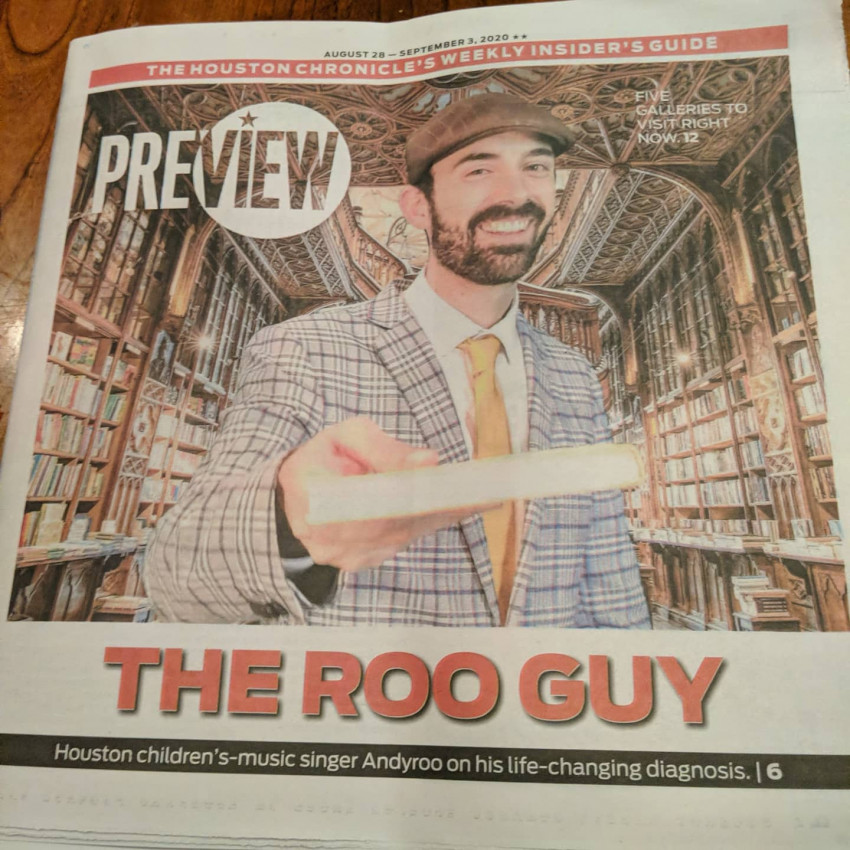 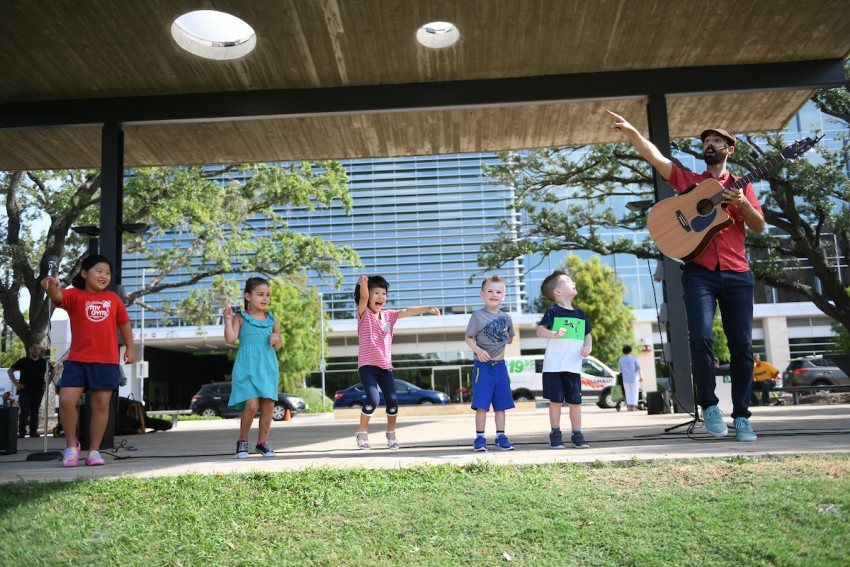 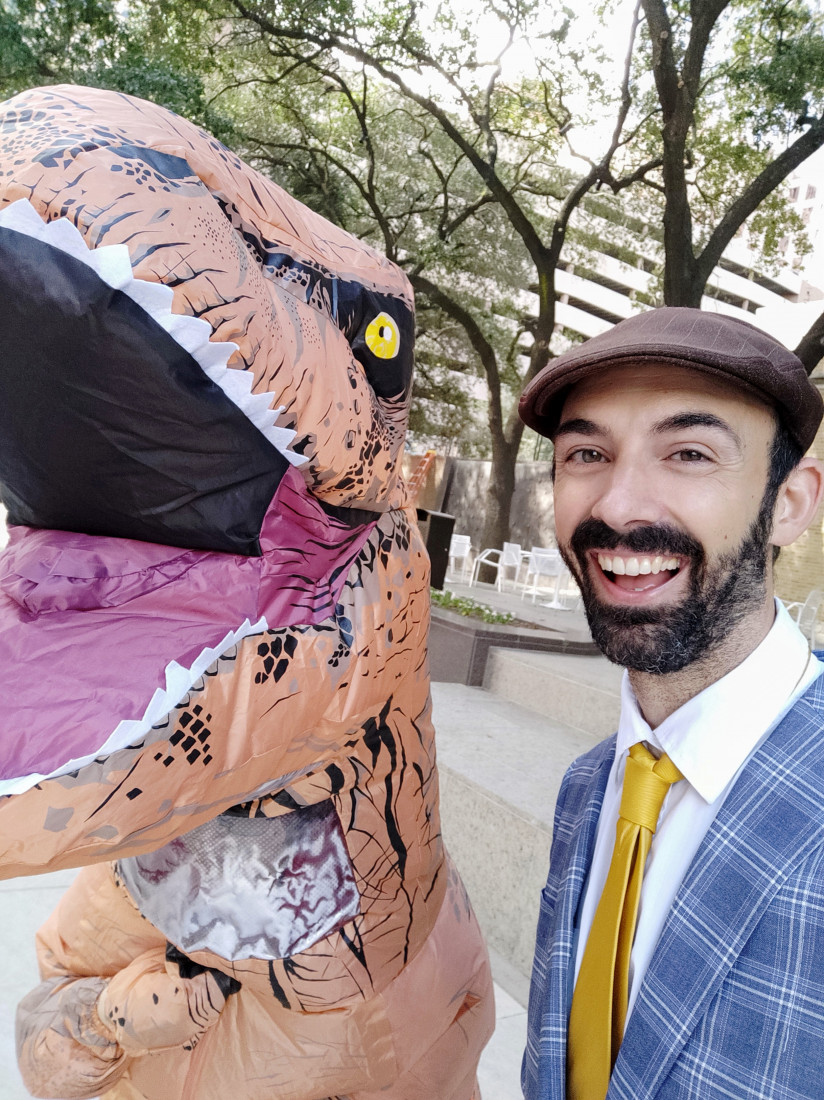 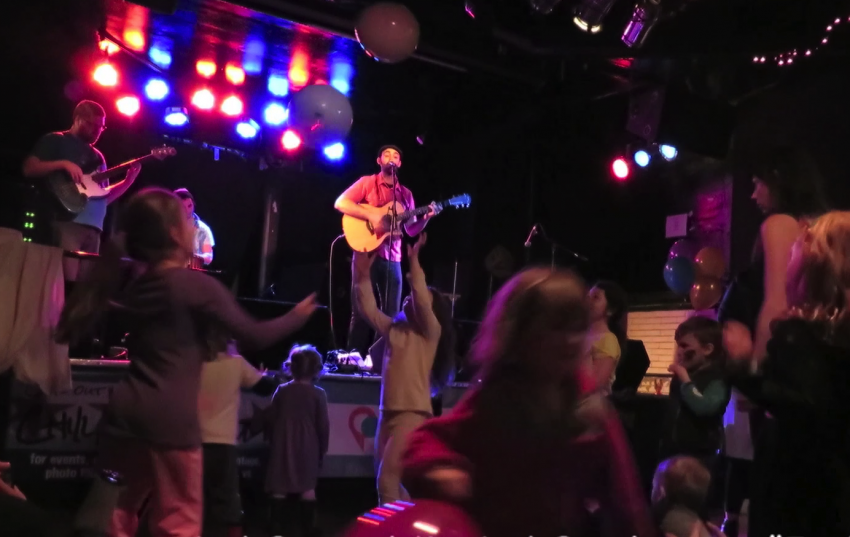 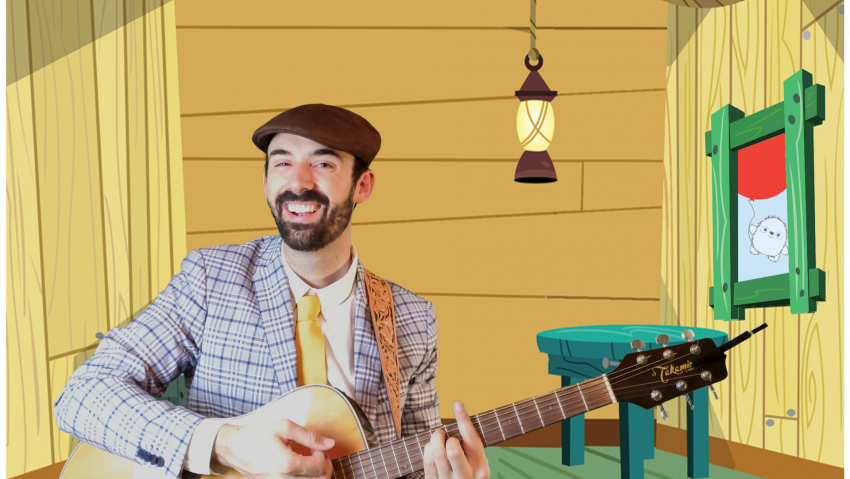 Virtual Concerts from the Andyrooniverse! 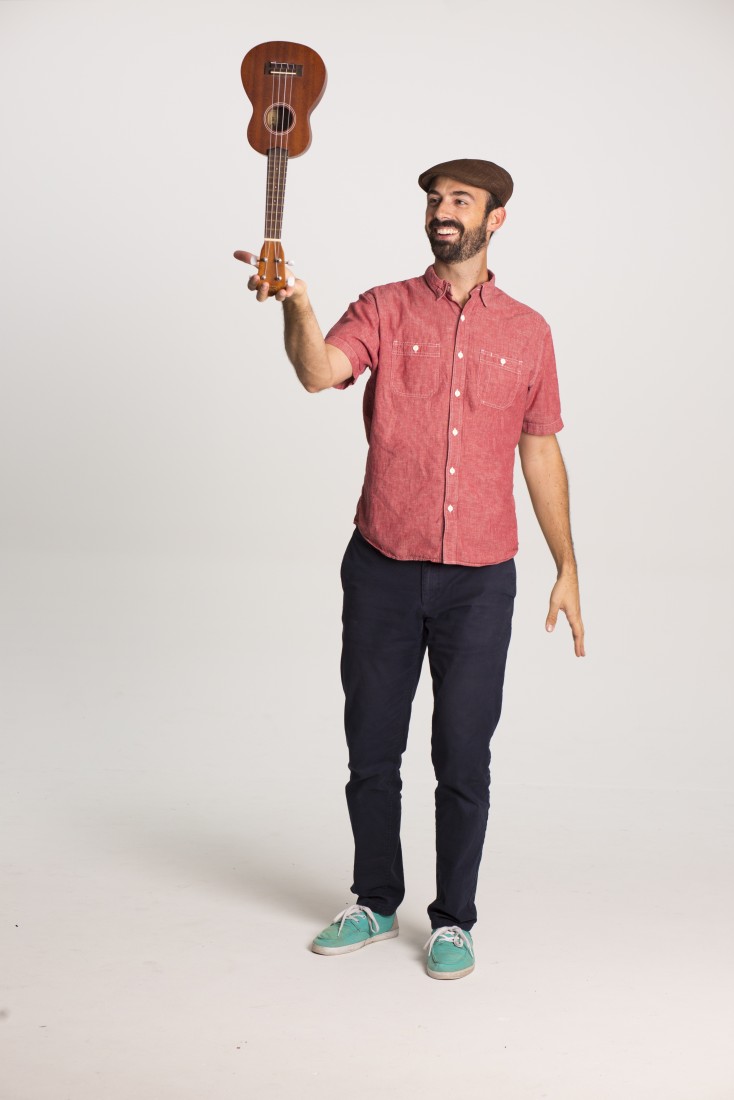 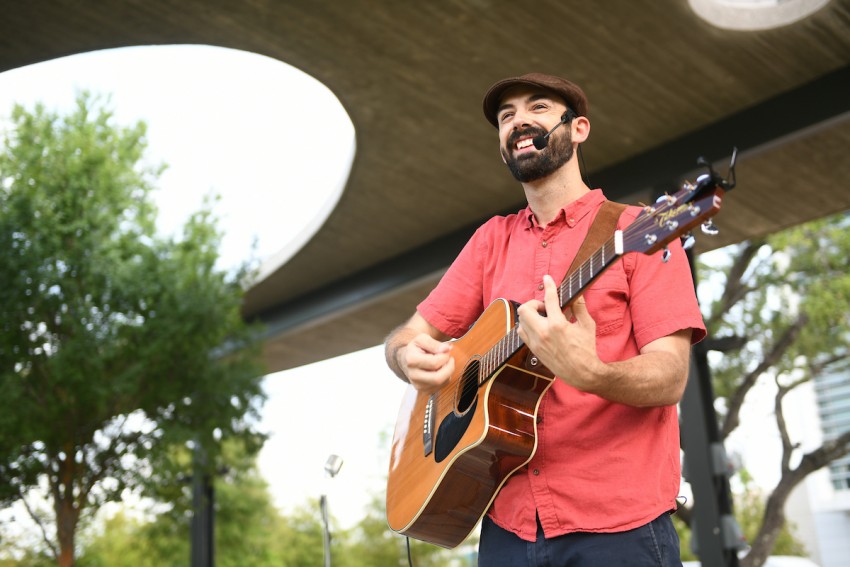 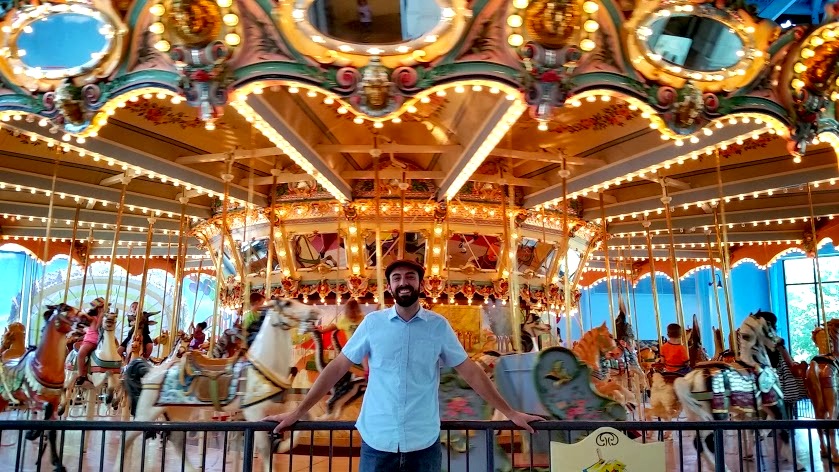 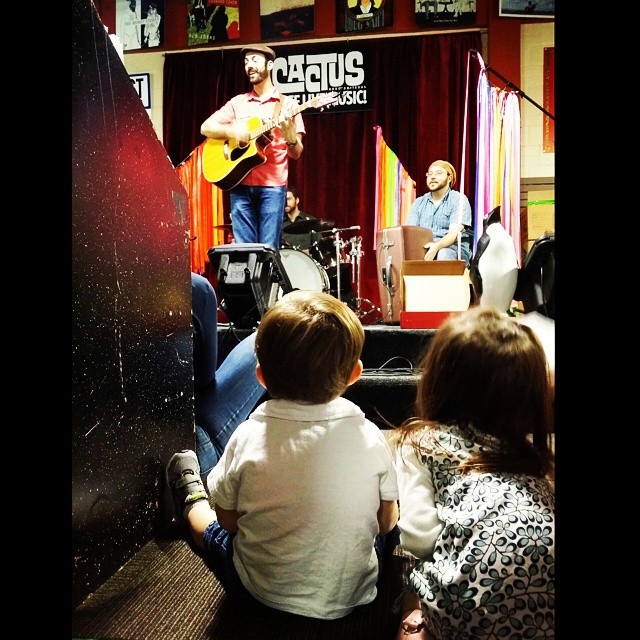 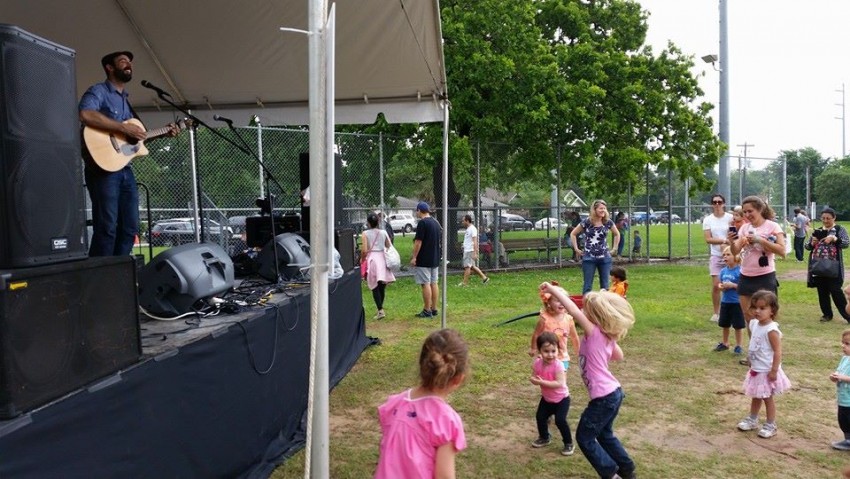 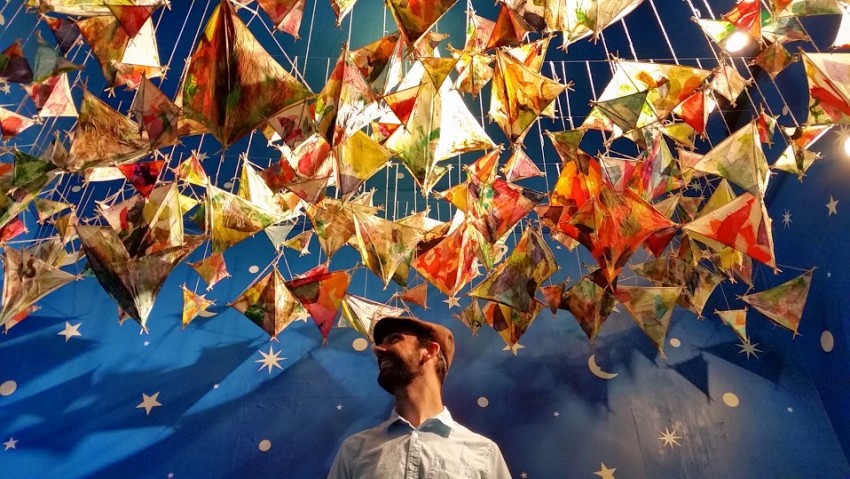 Join AndyRoo on a musical journey to the AndyRooniverse — a magical town created by the ever-expanding landscape of children’s imaginations where you’ll encounter swinging monkeys, Silly Sal the Salamander, and a big balloon that will whisk you away to a whole universe of exciting animated characters!

AndyRoo & the AndyRooniverse is the children’s music project of producer/singer/songwriter Andrew Karnavas. A featured performer on Radio Disney AM 1590, Andrew has delighted kids of all ages at the Smithsonian National Museum of Natural History, at the PBS Kids show at SXSW, and on the Kids Country Stage with Radio Disney at the Houston Livestock Show & Rodeo.

I was really nervous about turning my son’s birthday party virtual. He handled the chaos so well. Great host and was very accommodating with a schedule change.

Thank you, Lily! It was a fun party!

I honestly cannot say enough about AndyRoo. His songs were melodic and charming enough for adults to enjoy and engaging and simple enough for kids to follow and participate. He made our party a complete delight and I am still so happy we made the decision to hire him. There wasn't one person who didn't enjoy the show.

AndyRoo and the AndyRooniverse is like no other kid's band I've ever seen. Very cool energy- they have found a way to entertain kids and adults. There is real talent in this band. Songs are fun and catchy, and they are pleasant to listen to with or without your kids! If you are into good music, you'll enjoy their performances, and your kids will love dancing and singing along too!

Andy was so great! We had him perform at our son’s dinosaur themed 4th birthday party this weekend. All the kids had a blast and Andy did a great job of engaging the kids in his performance. They were all dancing around our yard. We are big fans of AndyRoo and hope to see him again soon!

We truly enjoyed having Andyroo out to celebrate the Grand Opening of our art studio. It was a great celebration of the ARTS!

We had a blast inviting Andyroo to our child’s backyard birthday party!

Andy did an awesome job for my kids birthday. It was a rainy, humid day and Andy was a true professional. The kids loved it! Will book again.

Andy did a great job of keeping our group engaged and dealing with the challenges that come with zoom. Our students had an excellent time!!

AndyRoo again captured and captivated the imagination of our toddlers. He successfully performed.

Patient and talented at my son’s first birthday

Andy was very patient with our delay in schedule, and his performance was fantastic. I thought maybe only the older toddlers would dance along, but the one-year-olds enjoyed it most of all—especially birthday boy! Highly recommend hiring Andy.

School assembly at an elementary school

We invited AndyRoo to our elementary school’s “end of the year” celebration. He did an amazing job for our event. Children enjoyed his music and loved dancing to his songs. Since it was a PTA-funded event, we needed someone to fit our budget and he is reasonably priced. Highly recommended!!!

Thank you! I loved the stars on the stage!

Wonderful entertainment for a kids party!

Andy is very professional and a great musician. He performed during my 4 year old sons birthday party. The kids enjoyed it very much and danced on and off. Next time I will limit other external influences so Andy can have their undivided attention. I would highly recommend AndyRoo!

Everyone enjoyed the entertain as usual. Andy didn’t just play kids song, but ones that everyone could enjoy.

Do not hesitate booking Andyroo!

Excellent addition to our opening activities! Could not have asked for better entertainer for the kids! Very interactive, very kind, and the kids had a blast.

Thanks, Rachel! I had so much fun!

AndyRoo performed at Cool Down Houston, a morning event held in Levy Park sponsored by Direct Energy + Texas Monthly. His performance was perfect! He was engaging, enjoyable, and played to the audience. He is an absolutely perfect performer for children - and I am thrilled we were able to have him! He was very easy to communicate with, and he was prompt and thorough in his set-up. I would HIGHLY recommend!!

Thank you for the kind review!

Andy was awesome! He was very friendly, easy going and showed up on time. He performed all original music, which included a lot of fun audience participation and the kids really loved it. I had the lyrics and tune "I am a sloth... I move real slow" stuck in my head for days) My music-obsessed son REALLY loved it and even enjoyed watching Andy set up his guitar. Plus Andy let some of the kids get some strums of their own in. It was a great main event for the party and I got a ton of good feedback from the other parents. I think this made ours the party to beat. We would definitely book him again!

Andy and his crew are the best to work with and our school loves them!

Andy was amazing. All the kids loved the music and he was great with them!! I would highly reccomend him.

made our party fun

We made a 200 person party lively and fun. All the kids were dancing.

The kids loved it

The kids at our party loved his performance. He was very nice and was a great addition to our party.

Andy was great at performing for the kids!

Andrew did a great job, everyone loved him

Andrew performed for about an hour for the 25 to 30 4-year-olds (plus minus) at my sons birthday party. He was a big hit. He had the kids dancing and singing and having fun.

Amazing Performer-- from start to finish!

Andy is an all-around great guy! Andy did an awesome job quickly and concisely answering all questions we had about our upcoming event. He arrived on time and setup with no problem. He is friendly, easy-going and an AMAZING performer.
The children (and parents) absolutely loved his engaging and creative music. The room was filled with big smiles and tons of laughter. Additionally, after his performance, he stuck around to shake hands and talk with the group. Without reservation, we highly recommend AndyRoo and the AndyRooniverse and welcome the opportunity to work with him in the future.

Friendly and easy to worth with!

Andrew and his team were wonderful.

We had about 30 children at my daughters birthday, various ages. Andy was great for all ages. My daughter who turned one, loves music and was engaged untill the end.
Andy was professional, polite and on time. Definitly reccomend Andy. Thank you!

Great with the kids!

We asked Andy to perform at our daughters 2nd birthday party. He did a fantastic job. My daughter was very engaged, dancing the entire time. Before the show, he gave her special one on one attention showing her his guitar and letting her strum it a bit. He made a great suggestion for us to have egg shakers for each of the kids to play during the show, the kids loved them. The coloring paper for the goody bags was also a nice touch.

Must-Have for Your Next Childrens' Party

I hired AndyRoo to perform at my son's 2nd birthday party. My son loves playing with this ukulele he got for Christmas. Andy adapted and encouraged my son to play along with him. It totally made his day! Andy's songs are fun and catchy. It had everyone singing and dancing along. I highly recommend him for any childrens' events.

The children really enjoyed the interactive songs. Our event included children from ages 6 months to 5 years. Thanks AndyRoo!

We hired Andy for our daughter's 4th birthday party and he did a fantastic job entertaining all guests young and old. We highly recommend Andy for your next event.

A typical AndyRoo and the AndyRooniverse performance features songs played on acoustic guitar, live vocals, and backing tracks for other instruments like bass and percussion. The songs are fun and focused on exploration and imagination. Performances tend to be 45 minutes to 1 hour in length, though I have performed multiple sets for events that last a whole day. Whether you're throwing a large festival or a backyard birthday party, I am interested in working with you. I have all of my own sound production equipment for events up to 4,000 people, so event planners can save time and money on finding quality production.

Join AndyRoo on a musical journey to the AndyRooniverse — a magical town created by the ever-expanding landscape of children’s imaginations where you’ll encounter swinging monkeys, Silly Sal the Salamander, and a big balloon that will whisk you away to a whole universe of exciting animated characters!

AndyRoo & the AndyRooniverse is the children’s music project of producer/singer/songwriter Andrew Karnavas. A featured performer on Radio Disney AM 1590, Andrew has delighted kids of all ages at the Smithsonian National Museum of Natural History, at the PBS Kids show at SXSW, and on the Kids Country Stage with Radio Disney at the Houston Livestock Show & Rodeo. His debut children’s album "Welcome to the AndyRooniverse" was recorded in part at the #1-ranked children’s museum in the United States - the Children’s Museum of Houston.

“The energetic debut album from AndyRoo is bursting with imagination and creativity. AndyRoo’s extensive music background provides a solid basis for an album that can be enjoyed by the entire family, over and over again!”
– Lauren Ramsey, Radio Host, Radio Disney AM 1590

“AndyRoo’s music inspires children’s imagination. They were hopping on imaginary hopscotches, brushing their teeth, and swinging through the trees like chimpanzees. Their smiling faces showed the joy that AndyRoo’s music can bring.”
-Cara Clark, Discovery Room Coordinator, Smithsonian National Museum of Natural History

“AndyRoo’s music is delightful, insightful, and just plain fun to listen and dance to! It was such a treat for our visitors to have him at the Museum. We look forward to his next performances.”
– Bunmi Gaidi, Arts Educator, Children’s Museum of Houston

Some shows are in a living room and require no sound system. For other shows my audio needs only 3 inputs:

I perform all of the songs from my two albums, "Welcome to the AndyRooniverse" and "Color Your World":