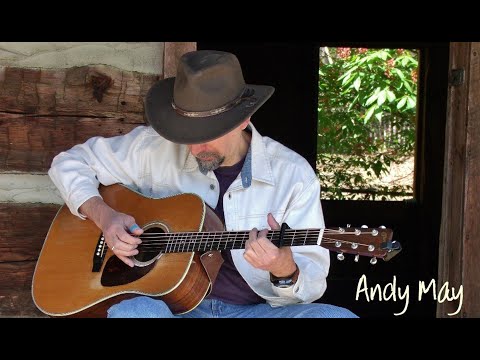 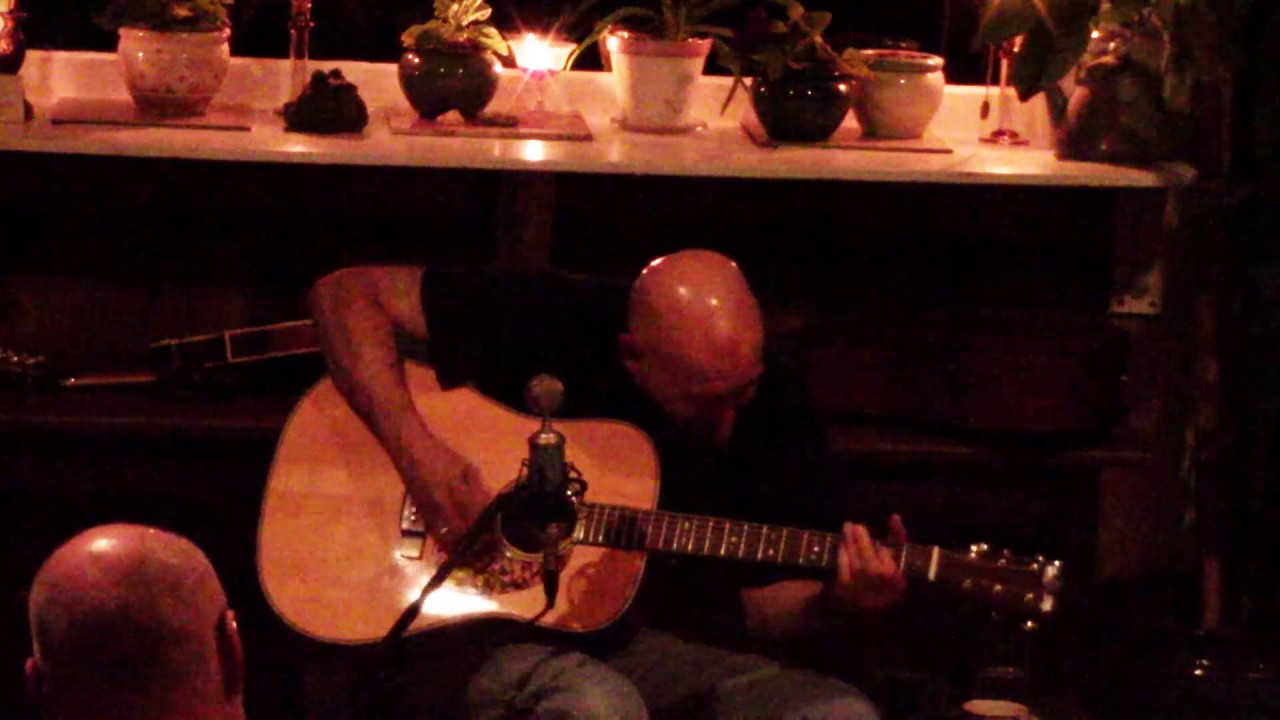 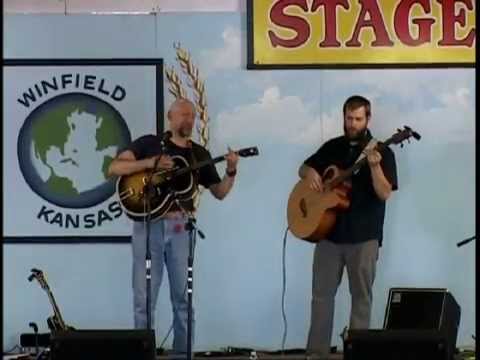 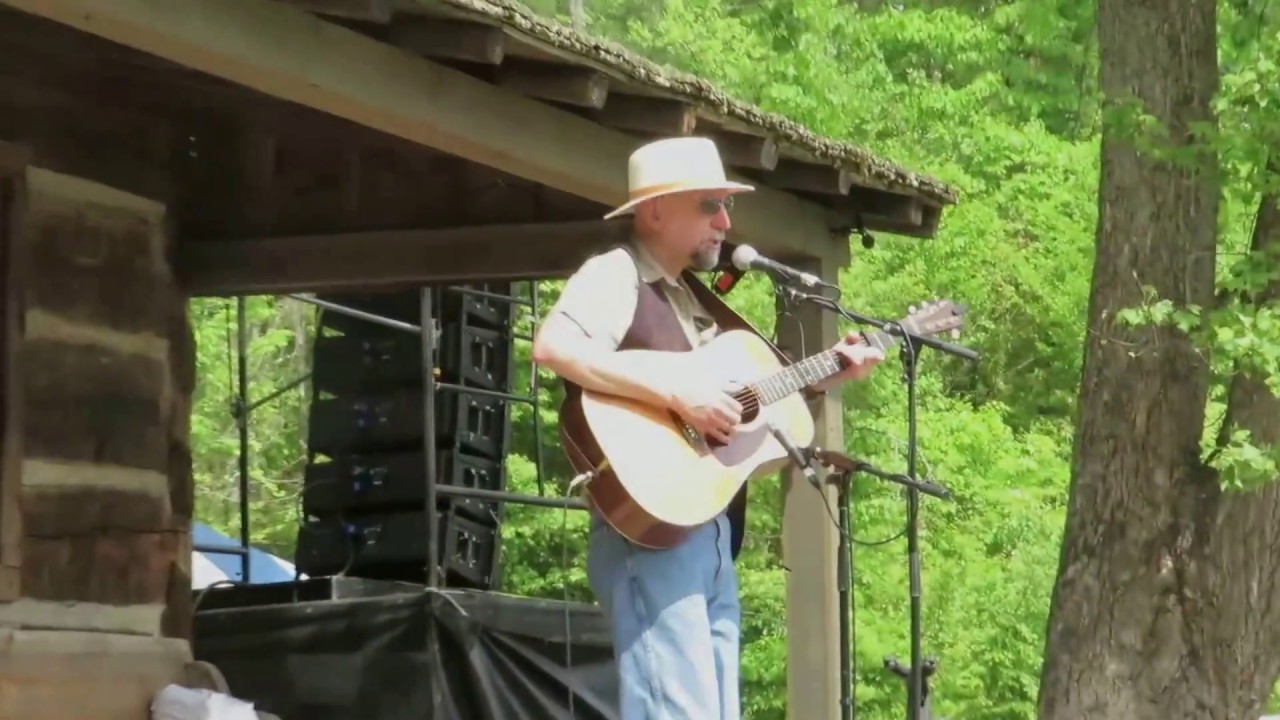 Andy May Solos and duos playlist 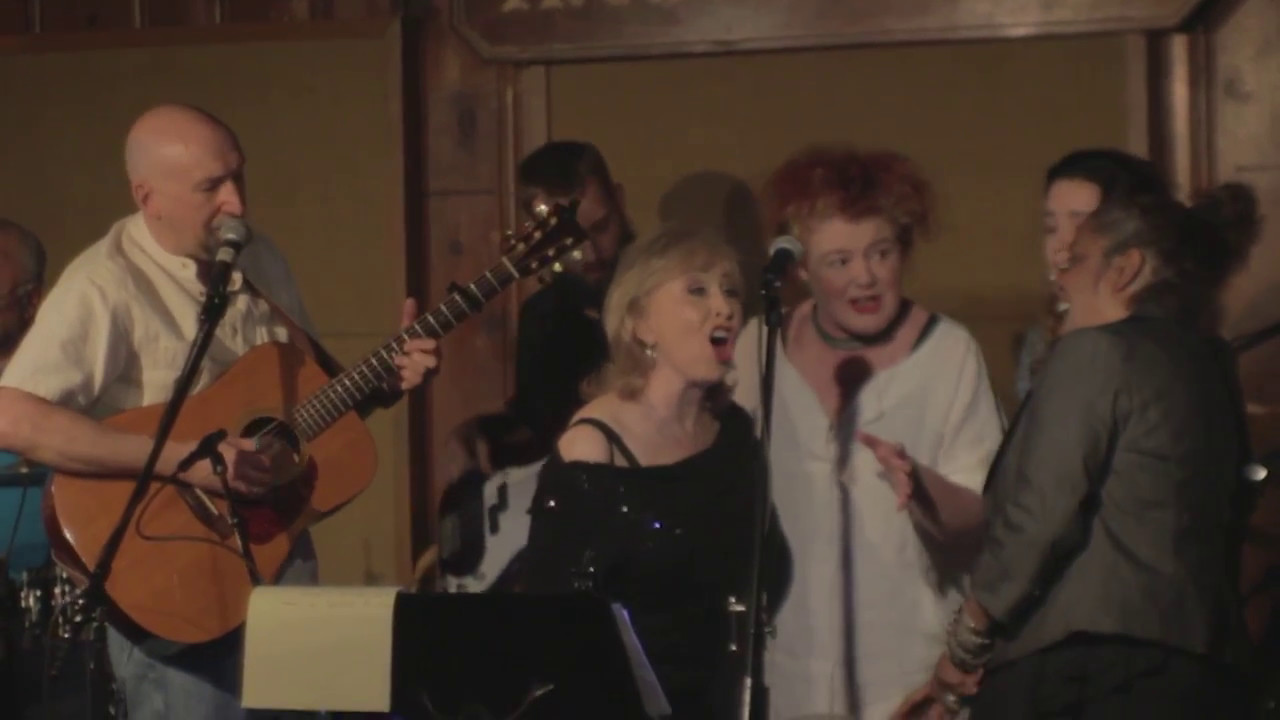 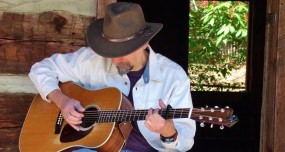 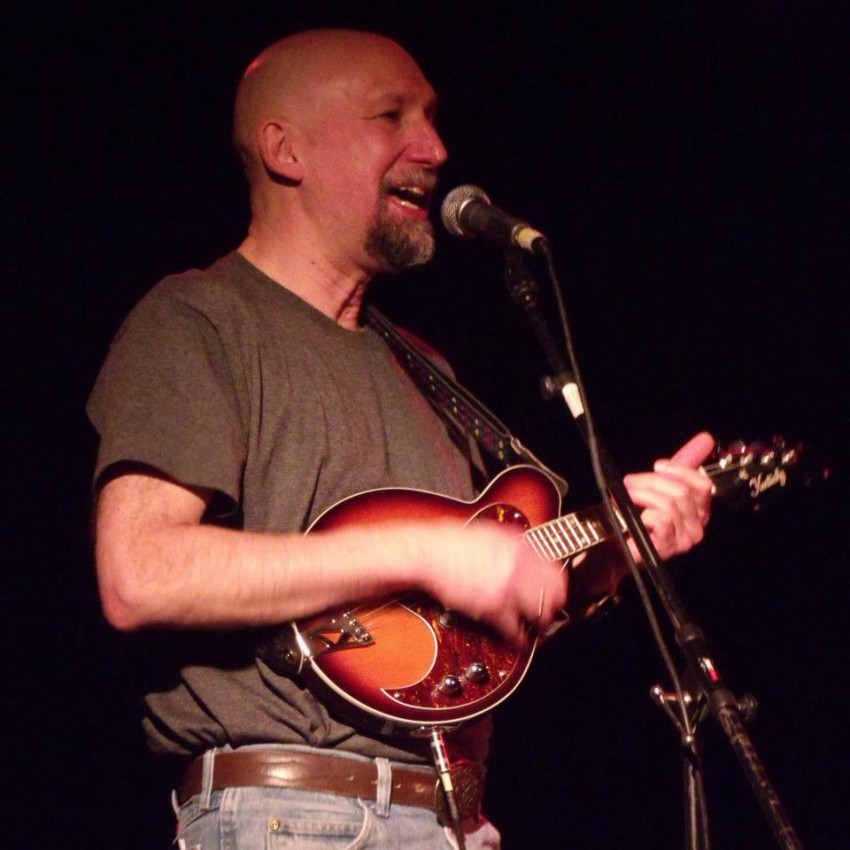 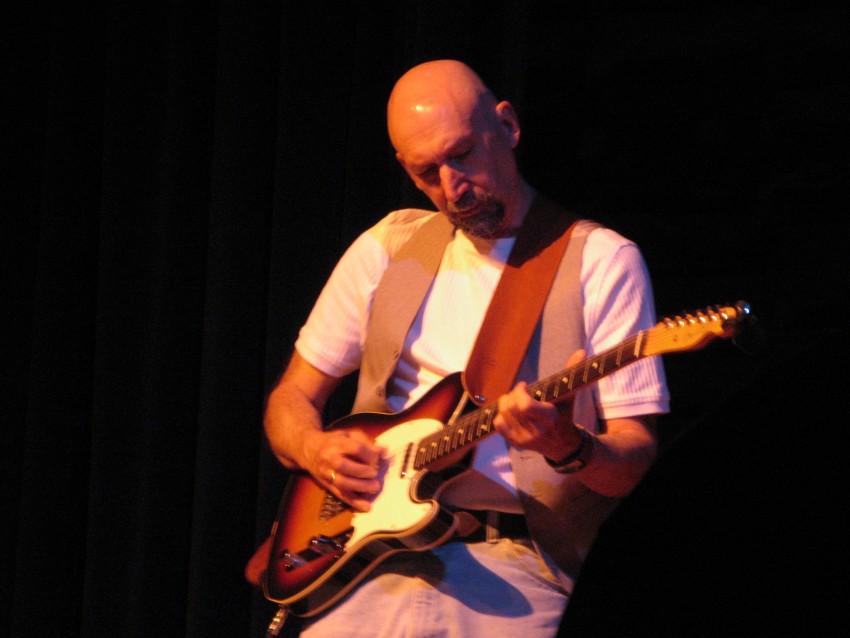 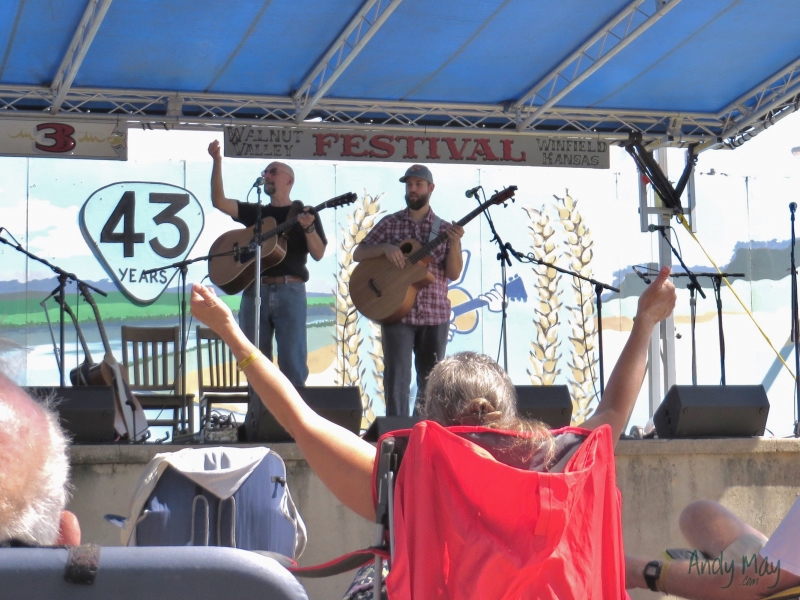 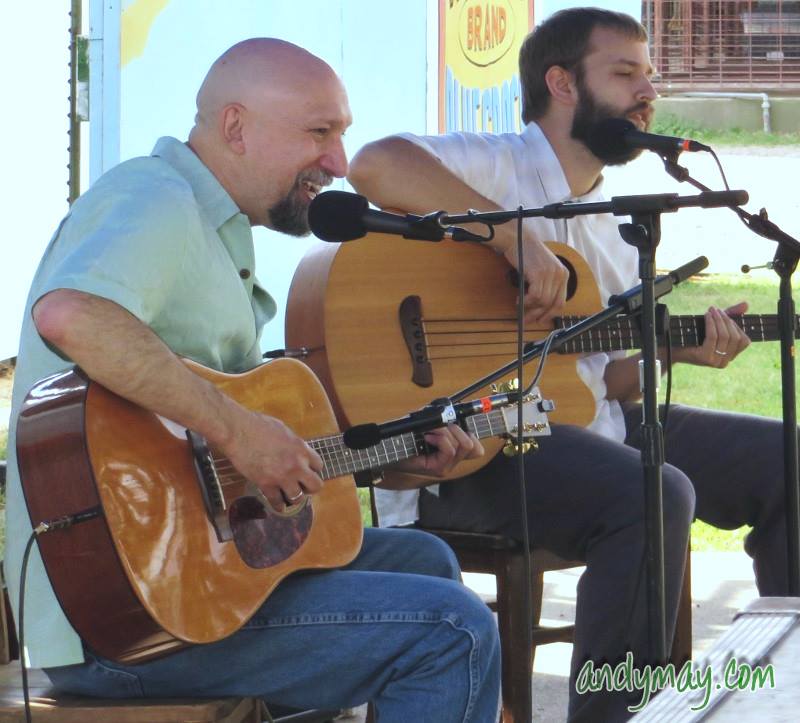 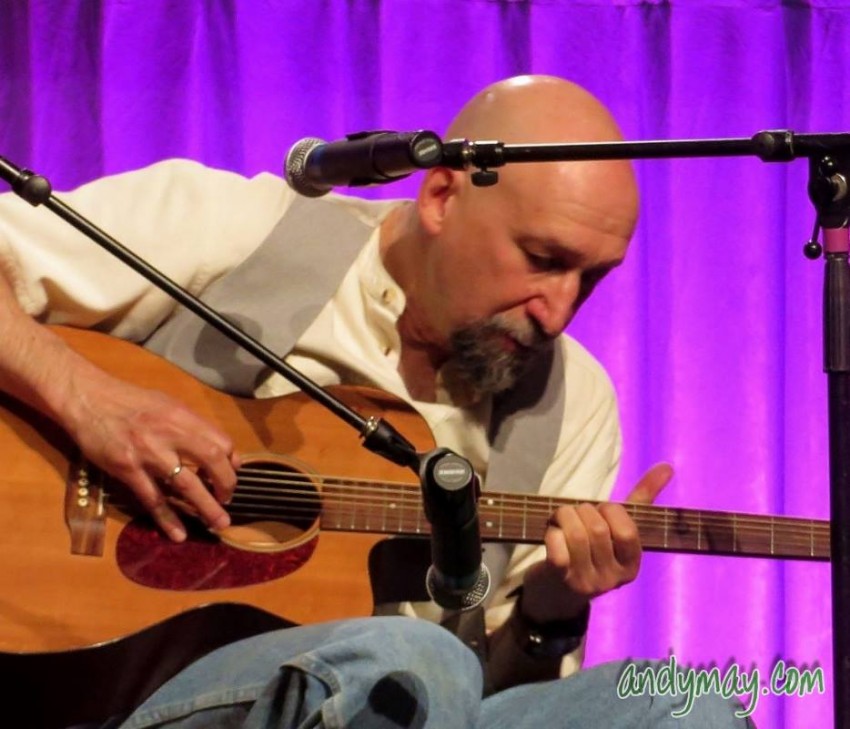 Andy May - Americans for the Arts annual meeting, Nashville, TN 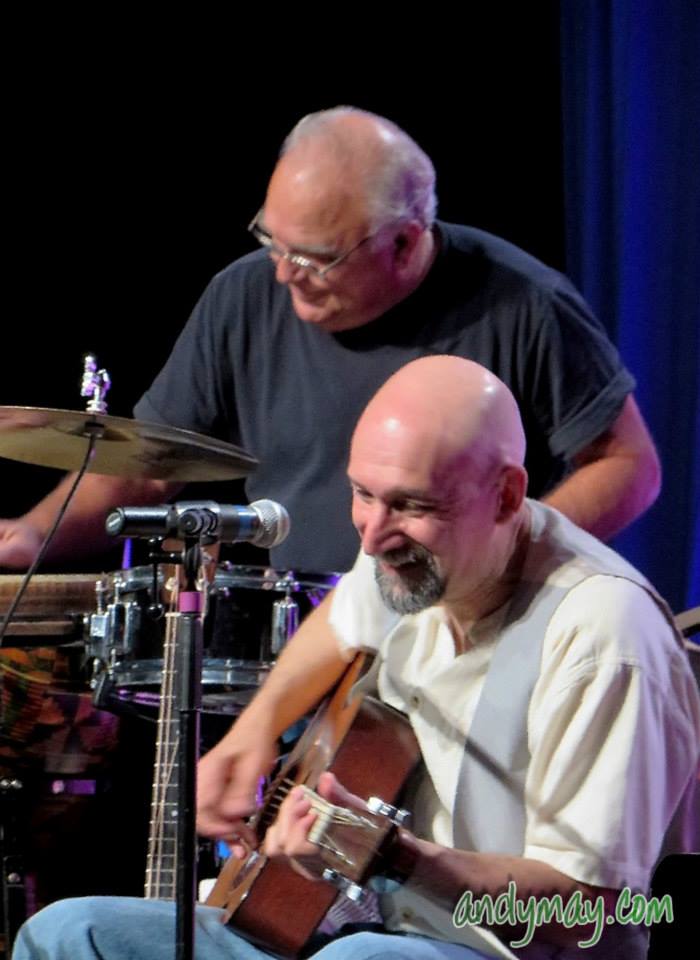 Andy May with Kenny Malone - Americans for the Arts, Nashville, TN 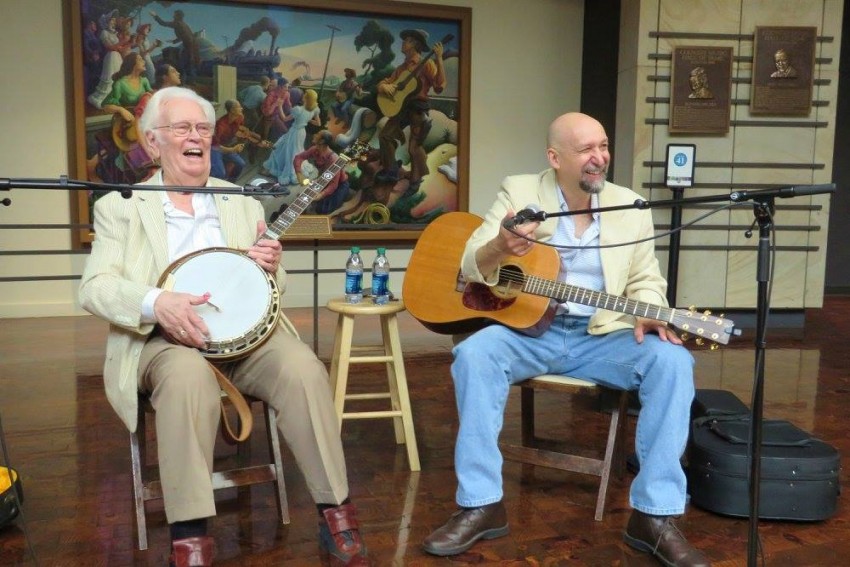 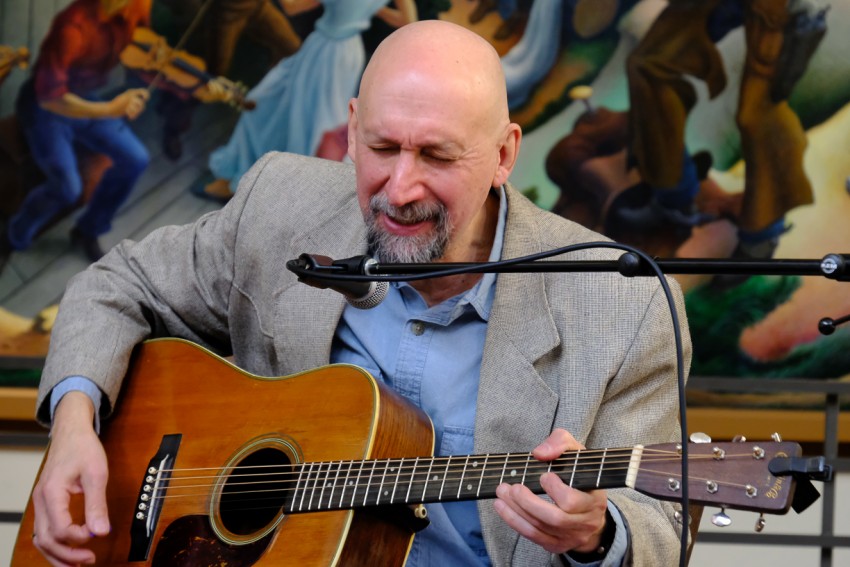 Dubbed “a troubadour of life” by the Walnut Valley Festival, veteran singer/songwriter and champion guitarist Andy May infuses his songwriting and his shows with his trademark creativity, humor, and consummate musicianship. His music embraces styles from blues to bluegrass, old-time country to contemporary folk, traditional reels to roots-rock. “(Andy May is) a fine vocalist and an exceptional guitarist and mandolinist. His distinct style of writing and performing– with a mixture of warmth, sensitivity and good nature has won him friends and admirers.” (David Sokol, WRSI-FM) In addition to touring on his own, Andy toured the Southeast with MerleFest on the Road in winter of 2018

Be the first to review Andy May

You can expect thoroughly professional interactions from initial contact through break-down and pack-out, on-stage and off. This is not a hobby for Andy, and he respects and appreciates your investment in him as an entertainer.

In his show, you can expect an appealing mix of original and traditional songs and instrumentals, with great picking, accessible and understandable lyrics that are suitable for any age range, humor, optimism, refreshingly unique perspectives that resonate with listeners, depth, and friendly interaction with the audience (as appropriate to the venue), throughout.

” (Andy May is) a fine vocalist and an exceptional guitarist and mandolinist. His distinct style of writing and performing– with a mixture of warmth, sensitivity and good nature has won him friends and admirers. He bridges the gap between traditional and contemporary American music with purity and exuberance.” –David Sokol, WRSI

"My goal has always been to connect with an audience and to give them the best music and performance that I am capable of at every engagement– to share my own musical journey and provide an experience that is enriching, fun, and musically satisfying." — Andy

Andy started performing seriously in his teens, immersed in and part of the ‘60’s Folk Revival in New York’s Greenwich Village. He had his first concert as a songwriter at Izzy Young‘s Folklore Center in New York City in 1970. Izzy had given Bob Dylan his first concert there, too (in 1961). Andy soon became a mainstay of the major folk and bluegrass venues in the city, including the Folklore Center and WBAI-FM. During that time, he also performed at Carnegie Hall, worked with Brill Building songwriter and producer, Artie Resnick ("Under the Boardwalk," "Good Lovin’"), and appeared with Jerry Jeff Walker, Pete Seeger, Janis Ian, and many others, making a name for himself as an up-and-coming musician and songwriter.

Moving to New England in 1970, Andy earned a following there as a folk- and country-rock original. With subsequent moves to Colorado and then to Nashville, his reputation has grown to include his extensive work as a producer and an educator. For many years, he has been an annual performer and educator at Walnut Valley Festival and MerleFest and a regular workshop presenter at the Country Music Hall of Fame and Museum. Andy’s desire to mentor young musicians led him to create his beloved Acoustic Kids Showcases, and through these non-competitive events, he has provided performance opportunities for many hundreds of young musicians at major music festivals over the course of nearly three decades. Andy also started, runs, and produces for the IBMA Award-winning record label and production company, Swift River Music.

“(Andy May is) a fine vocalist and an exceptional guitarist and mandolinist. His distinct style of writing and performing– with a mixture of warmth, sensitivity and good nature has won him friends and admirers. He bridges the gap between traditional and contemporary American music with purity and exuberance.” (David Sokol, WRSI-FM)

"Thanks to producer Andy May for doing (View from McPeake) up right-it should bring (Curtis) McPeake some of the credit he deserves as one of the top Scruggs-style banjo pickers for over 40 years now." — Dave Freeman, County Sales Newsletter

Andy has seven CDs of mostly original music on Swift River Music and has written for many Nashville recording projects. His eighth release, a collaboration with banjo legend, Curtis McPeake, came out in March of 2018. Andy’s 2016 release, "Room for Roots," and his original song, "The Woman in the Wings," earned spots on Roots Music Report‘s “Top Americana Country” Album Chart and Song Chart, respectively, in both 2016 and 2017. An earlier song of Andy’s, "The Sweetest Story Ever Told" (MaySongs), was on the Juno Award-nominated MCA album, "Can’t Sit Down" (Eric Nagler), and on the Gemini Award-nominated CBC TV series "Eric’s World". Andy has also written music for Channel 5 Boston and the UNITED WAY.

"My thanks go out to Andy, and my admiration, for putting words together in such a powerful way." ~ Eric Nagler, The Elephant Show (CBC TV) & Eric’s World (CBC TV)

“Today is like a new and shiny instrument, just waiting to be played…” -- Andy May (from "Endless Possibilities")

For over fifty years, Andy has been a professional musician and a teacher. He has performed thousands of shows, taught many hundreds of people to play guitar or mandolin, and instructed extensively in the areas of performance and visual art. Andy has been Artist-in-Residence in elementary and junior high schools in Rhode Island, New Jersey, Massachusetts, New Hampshire and New York, and he has led seminars in creativity and in programming for both youth and adults at music festivals such as the Walnut Valley Festival (“Winfield”), MerleFest, the Augusta Heritage Center and the Country Music Hall of Fame.

"Within each person there lies the possibility of positive creative expression. I create the environment and give folks access to the tools they need to explore their creative path." –Andy

Andy has developed a variety of educational workshops through the years. His Acoustic Kids workshop has been a much-loved feature at Winfield since 1990 and at MerleFest since 2001. This educational program provides youngsters with performance opportunities and instructional workshops. The workshops cover various aspects of music and professional musicianship, informing youngsters and their families about the realities of life as a professional musician, and focusing on topics such as performance skills and lifestyle. Another of Andy’s most-requested workshops is the "Roots of Bluegrass." This narrated audio journey of recorded music takes the listener from the earliest commercial recordings of country music right through the development and birth of classic bluegrass, as defined by Bill Monroe, “the Father of Blue Grass Music”, and his quintessential Blue Grass Boys band of 1946. His newest offering, "Carolina Connections," debuts at MerleFest, 2018. In this workshop/performance, Andy goes back in time and revisits the Carolina music that set him on fire as a teen, playing songs he learned from the seminal recordings and live shows of musicians from the Carolinas (Clarence Ashley, Doc Watson, Clint Howard, Fred Price, and others) and shares the historical context that allowed the music to take root outside its home region.

Andy makes it easy on your soundman. He travels with his own rig and just needs to plug it in and have house and monitor levels set during sound check.

For solo shows: One vocal mic and one instrument mic, and a DI.