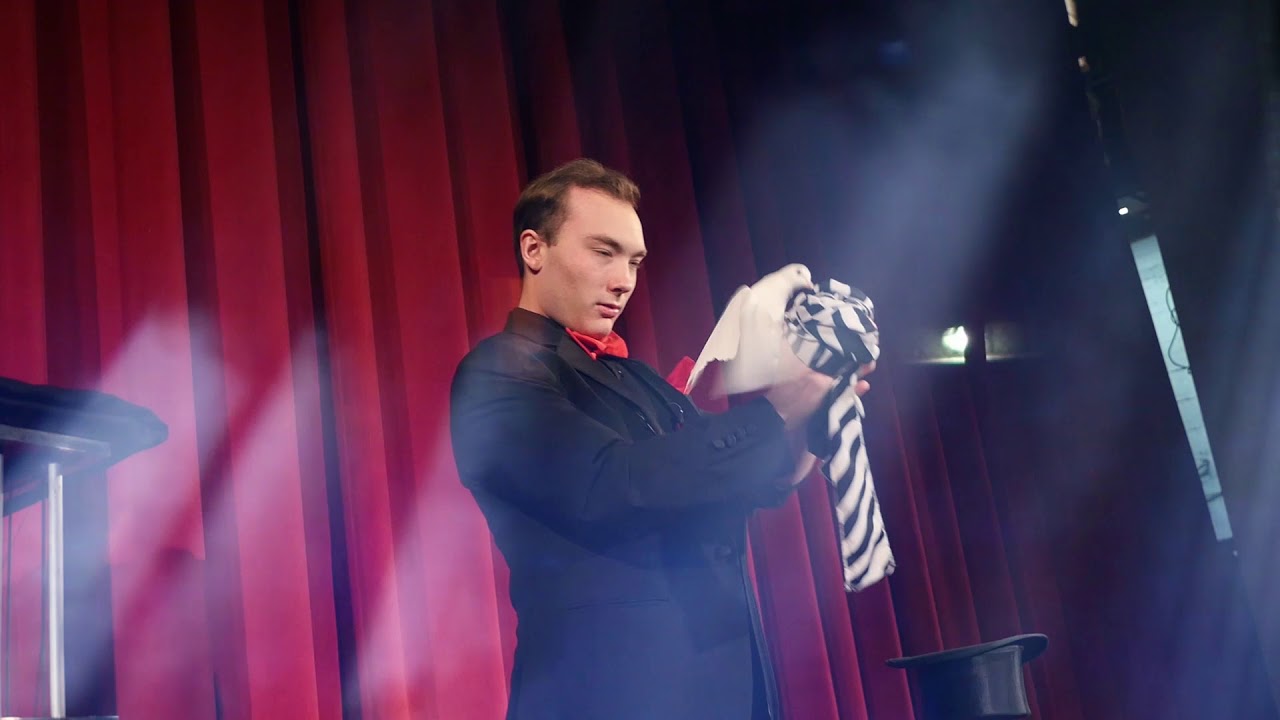 The Magic of Eli 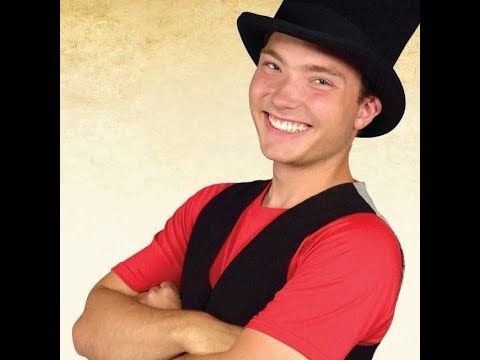 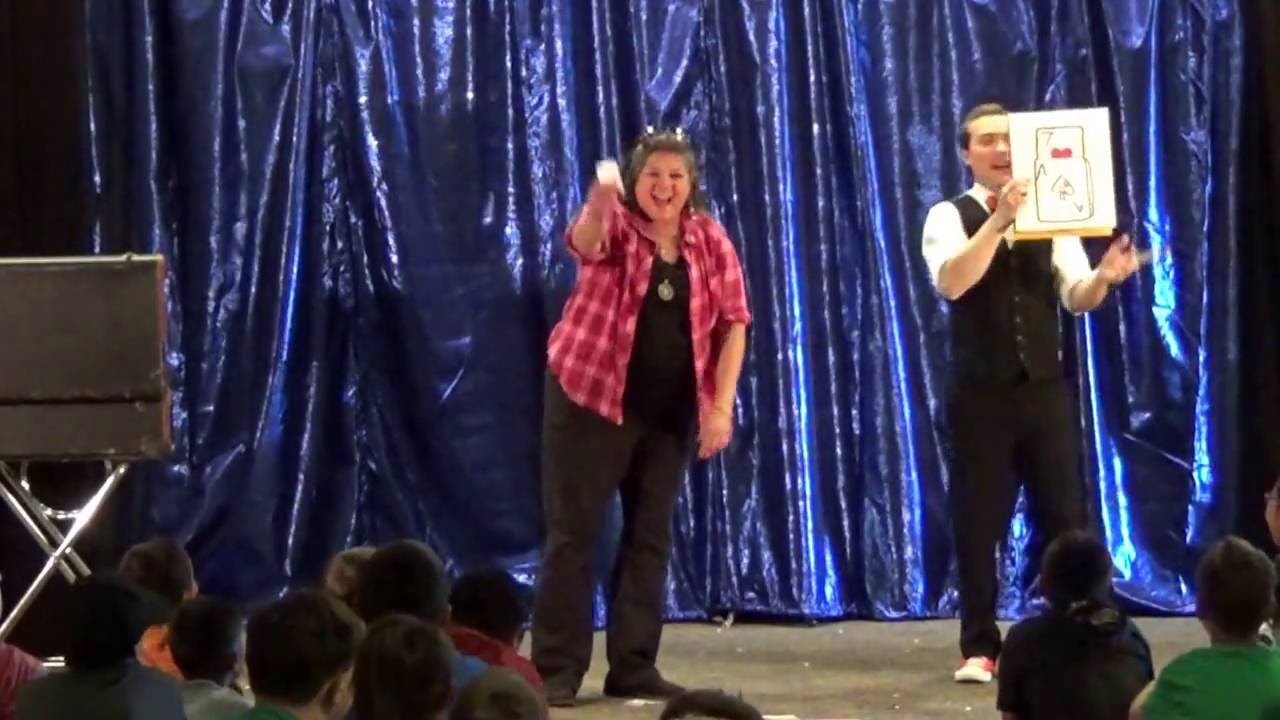 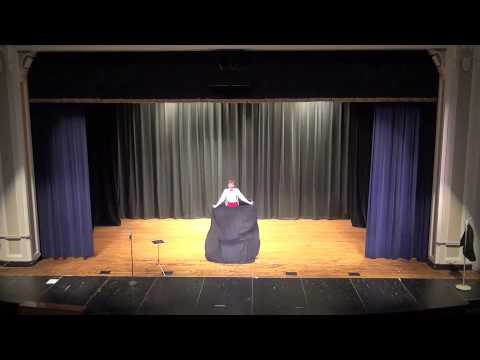 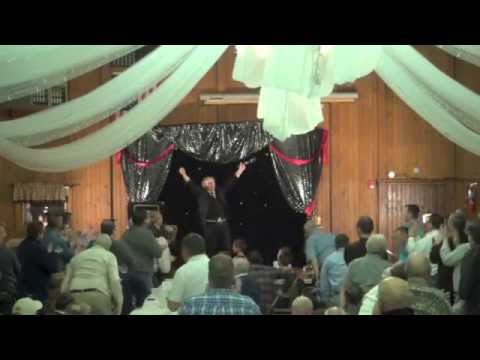 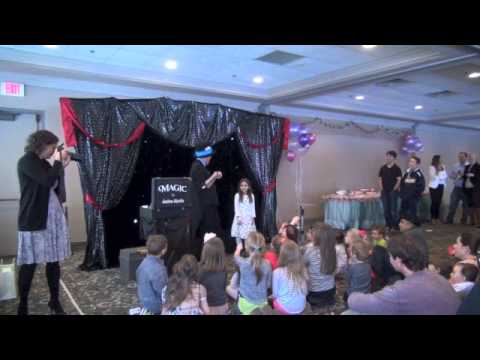 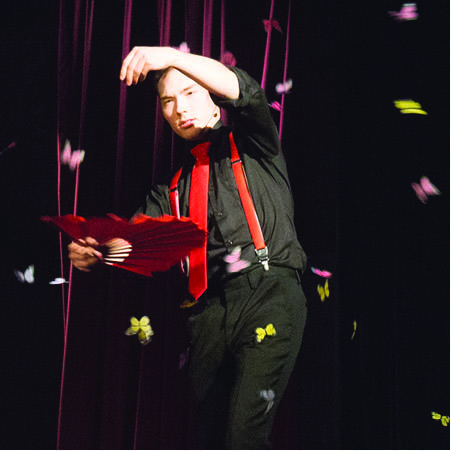 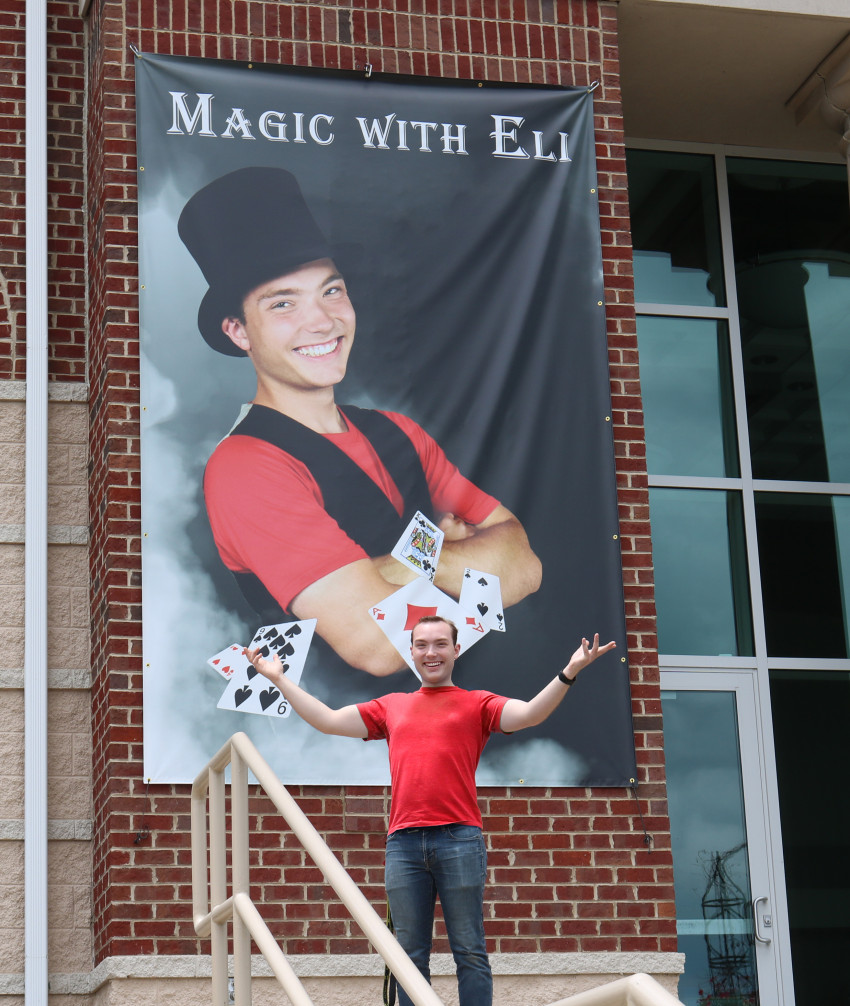 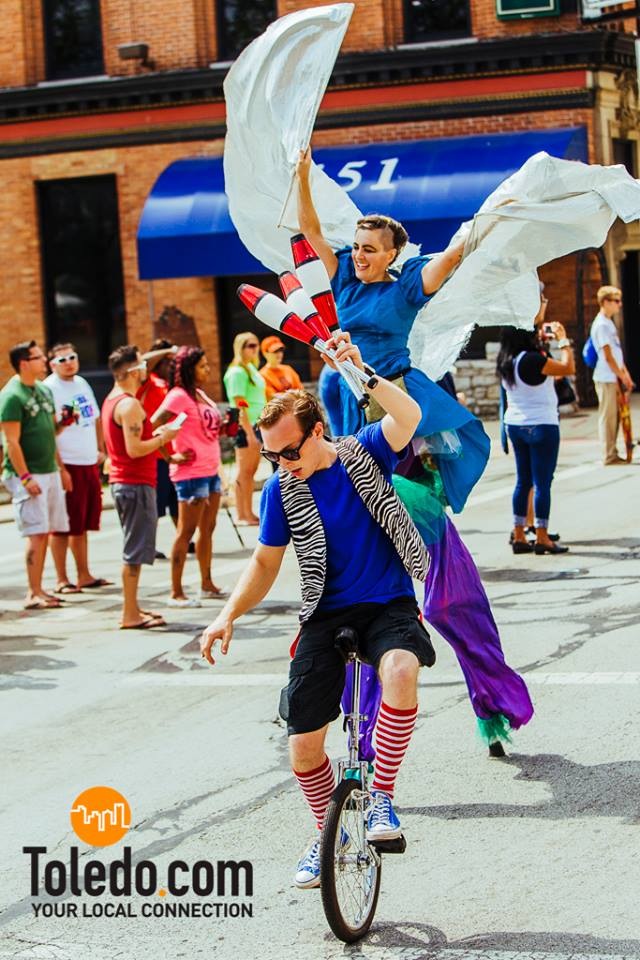 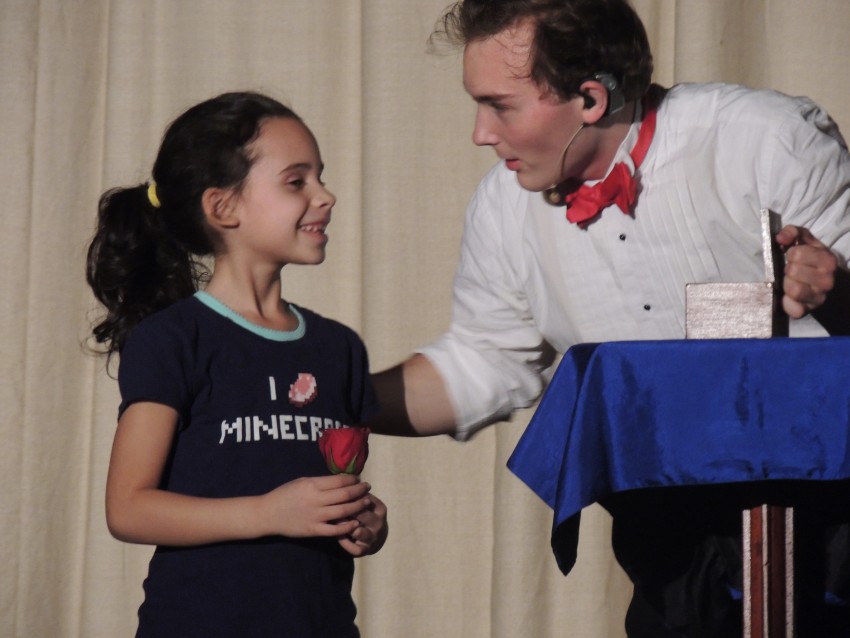 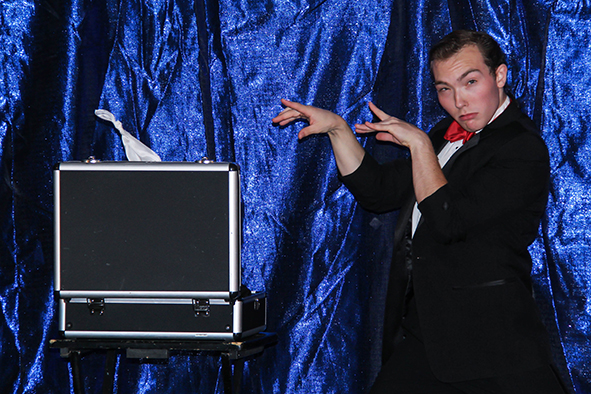 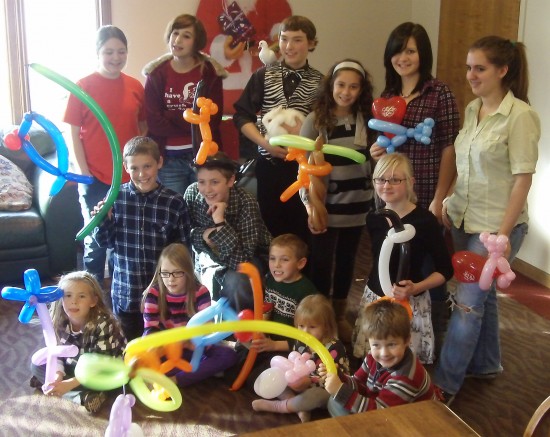 After the show with all the kids 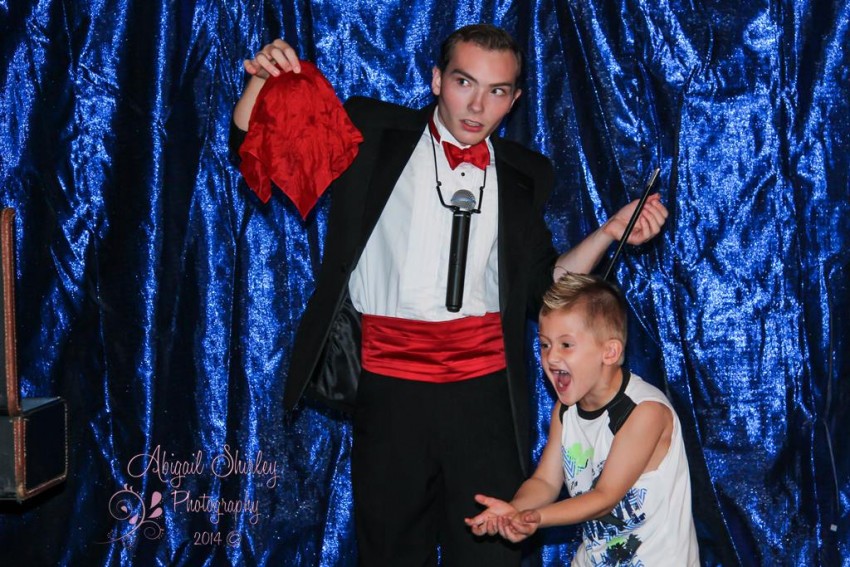 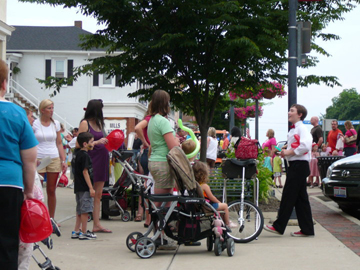 Eli entertains at a street fair 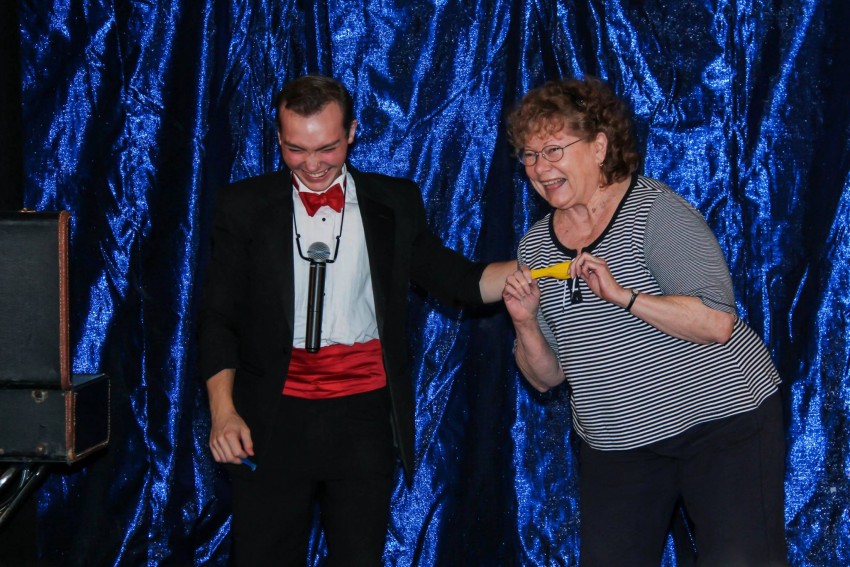 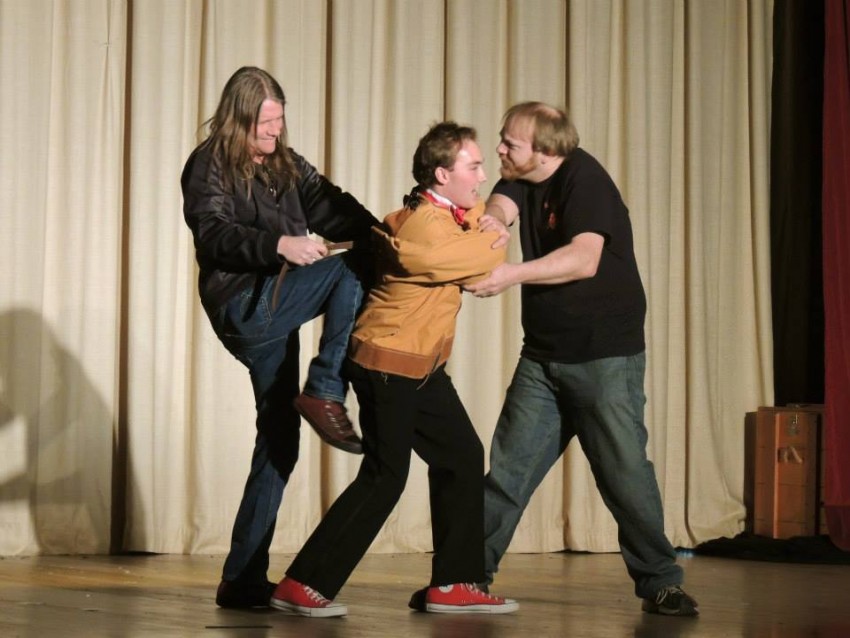 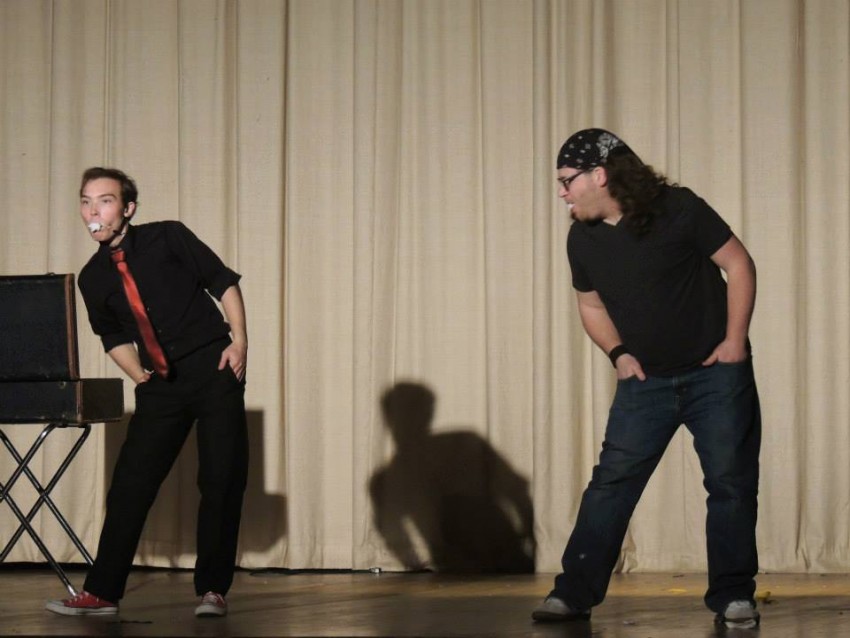 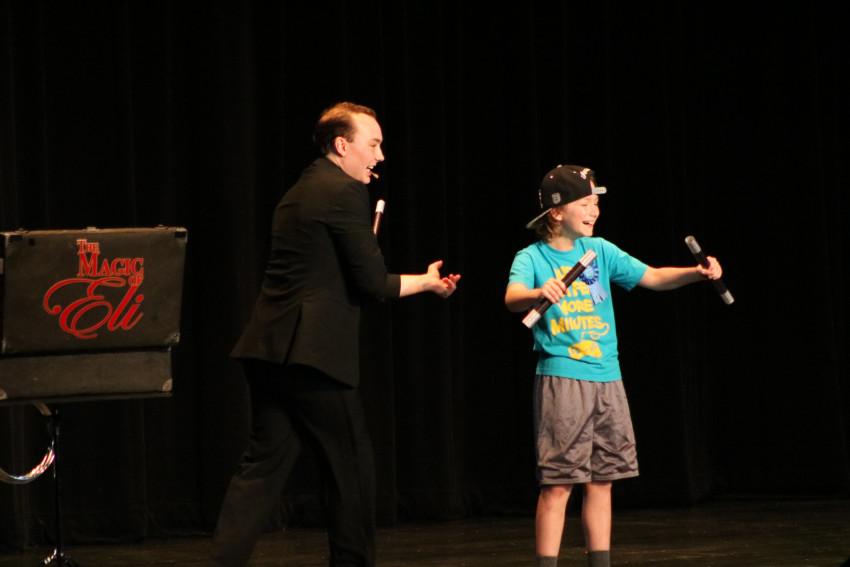 Award Winning Magic Champion Eli will wow you with his incredible stand-up shows that include live animals, music, comedy and juggling. Eli has been on stages across the country and has been winning top national and international awards since the age of six! Shows last from 45 - 90 minutes and can include balloon twisting and unicycling as well!

Eli hails from a magical family. Andrew Martin, Eli's father has been voted Best Family Entertainer in NW Ohio for over a dozen years. Mom, Melissa handles all of the marketing and bookings, and sister Emma assists Eli on stage in his bigger theatrical shows. The whole family was featured on ABC's family show Wife Swap a few years back.

Eli was on time, friendly, great with children and adults and makes amazing balloon animals for the kids, architectural works of art. I would hire Eli again and again and again.

Awww, thank you so much Beth - it was truly a joy to celebrate Harrison's special day with you all!

The Amazing Eli was a delight. We had a mixed crowd, from 6 months to 75 years of age. Everyone was entertained, the children were included in many of the tricks. Eli is wonderful with the children. Very professional set, a sound system so we could all hear in the high ceiling room. Great people to deal with!

Eli was one of the best magic programs we have ever had! Not only a great
magician but a great juggler. Even the parents were questioning "How did he do that?"
We would highly recommend him.

We had a birthday party for my 81 year-old father with his children, grand-children, and great-grand-children. Eli was fun, interactive and entertaining. Eli is an "amazing" balloon twister!

Eli does a lot of library shows for us, but we needed a strolling magician for a Harry Potter Ball. He was able to wow guests with fun, up-close magic that left them saying "How did he do that?" Always professional and easy to work with!

Eli did an excellent job engaging and entertaining the crowd. I was impressed with his stage presence and he was very professional. I have already forwarded your contact info to our Bratwurst Festival committee. Great job and I highly recommend him!

The kids had a blast

We had Amazing Eli for our son 5th birthday party. The kids had a blast and everyone were engaged. Eli did a superb job. He was so funny and our party was full of laughter. The balloons he twisted were beautiful and professional. He made a happy memory for our boy and all the kids. I would highly recommend him to anyone. Thank you Melissa for making good arrangement.

Thank you Pat, Victor and Alex! What a joy to spend a snowy day with you and all of Alex's many friends. It was truly our pleasure.

Eli came and did magic for our company picnic this year with 300+ guests and was great! Everyone enjoyed his table tricks and his personality. I would gladly have him again and would recommend anyone to call and book him now! You won't be disappointed!

I booked Eli for a theater show that included acrobats, comedy, dance and magic. Eli brought his trunk illusion and a comedy juggling number. He had the crowd in stitches for both! His acts were engaging and totally baffling. His humor can be appreciated by both kids and adults and we had tons of great feedback for months afterwards. He was also very easy to work with, on time, professional and a riot backstage- we love Eli!!

Eli is the best! He is extremely entertaining. He gets the kids..and big kids too :) involved. I would have him again!

Thank you so much Kathy! I loved working the Lucas County Fair. 18 shows in 6 days! I appreciate all your help in setting everything up!

We hired Eli for our daughter's 4th birthday party, and he was the total hit of the party. He really knew how to interact with the kids and children alike. He was worth every penny and made life long memories for every child at the party!

Dear Eli,
Thanks so much for making Emily's party such a huge success! She has been watching the video of her party over and over! Her favorite part is where you made her Daddy dance like a ballerina! And - thanks again for not hitting me with the machette! The kids just loved having another kid perform for them. You handled those kids better than any adult I have ever seen. The were spellbound the entire time! Please add me to your mailing list. Emily would like to see you at one of you public shows coming up.
Molly Mickel

Highly interactive magic, comedy and juggling show. "Eli was awesome! He is a great entertainer and put on three wonderful performances at the Animas City Theatre! Each show is unique because he involves the audience and does such a fantastic job interacting with them! Hope he comes back next year!” Animas City Theater-Durango, Colorado

Aside from his theatrical bookings which could be anywhere from New York to Las Vegas, Eli performs 10-20 shows a month in his hometown of Toledo, Ohio. In November of 2010, Eli was voted Toledo's Top Talent beating out 23 other acts. In 2008, ABC featured Eli and his family on their hit show Wife Swap.

Eli's banquet show includes his newest award winning Dove Act. Much of Eli's 45 minute show is choreographed to music and involves loads of audience participation. For the birthday parties, Eli changes it up and includes a hilarious bunny production that kids love. Plus they get to pet "Snowball" after the show. Eli is also an accomplished juggler and balloon twister. A triple-treat for your guests!

One of magic’s youngest rising stars, 18 year old, Eli is no newcomer to the stages of magic. Eli has literally been performing since the age of three. At six years old, Eli took first place at Abbott’s magic convention and since then has been winning top prizes at competitions across the country. In 2006, at just 10 years old, Eli took first place at the IBM’s convention in Miami where his talents were also tapped to close the Gold Medal Show. Most recently, Eli became the first recipient of the Siegfried and Roy Tribute Award at the World Magic Seminar in Las Vegas. He was the youngest performer selected to compete at the 2010 SAM, and became the youngest ever winner of the senior stage competition at the 2010 Midwest Magic Jubilee. In spite of all this traveling to and from magic conventions across the country, Eli manages to perform approximately 20 shows a month in his hometown of Toledo, Ohio. “I just love performing,” says Eli, and he will jump at any opportunity to do so. Eli’s 35 minute comedy-magic show is perfect for birthday parties, banquets, school assemblies, club events, you name it. His big show includes ten minutes of his second greatest passion – juggling. Balloon twisting and riding his unicycle round out Eli’s amazing entertainment repertoire.

Varies depending on venue. Please email for details.

We bring everything that is needed.