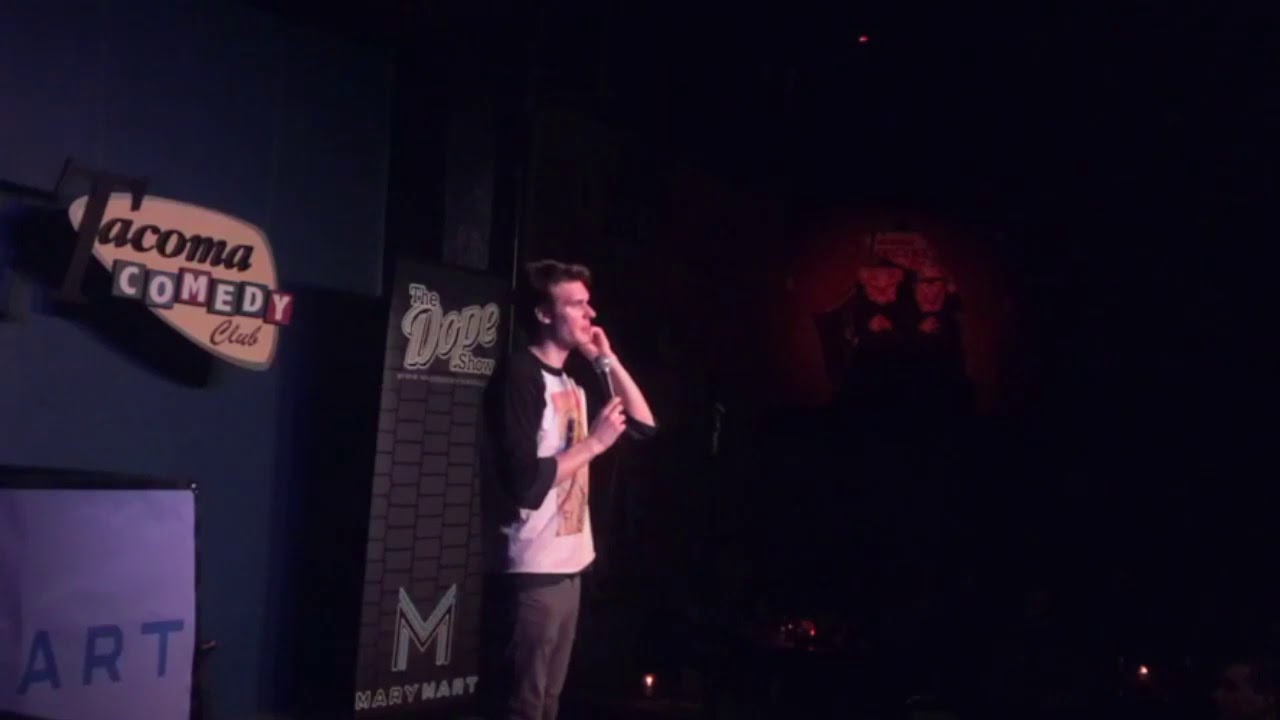 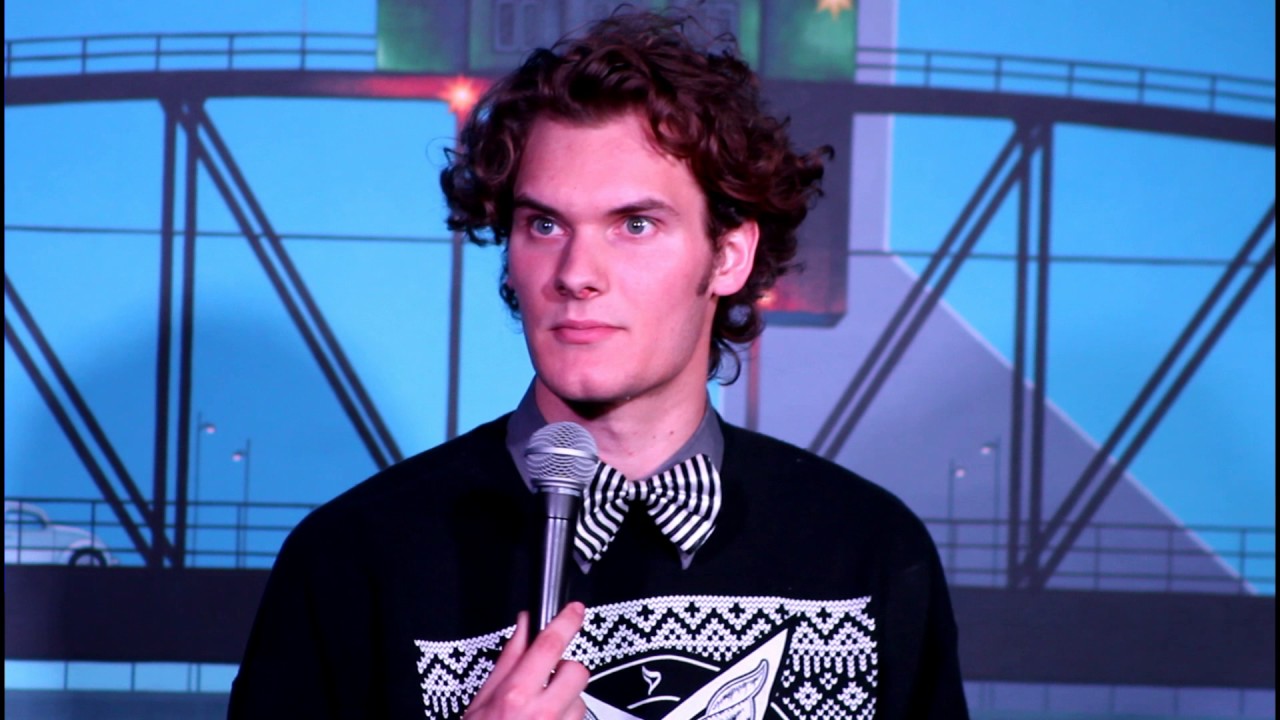 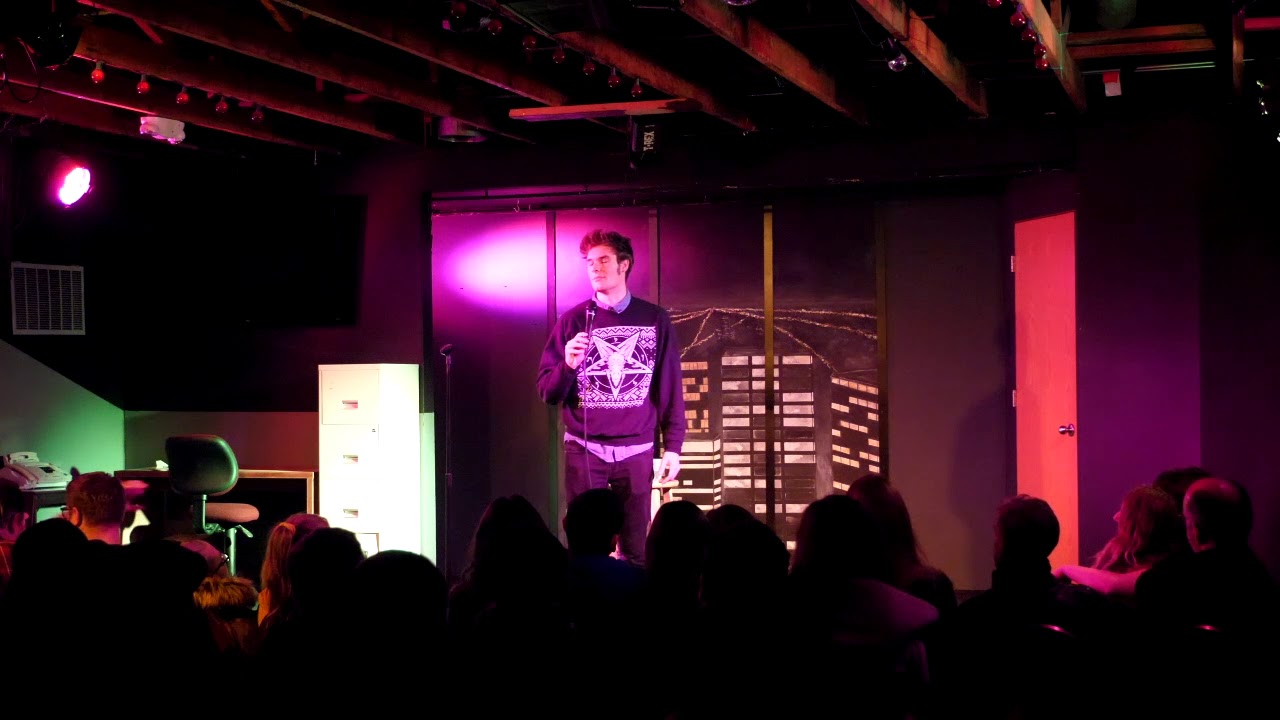 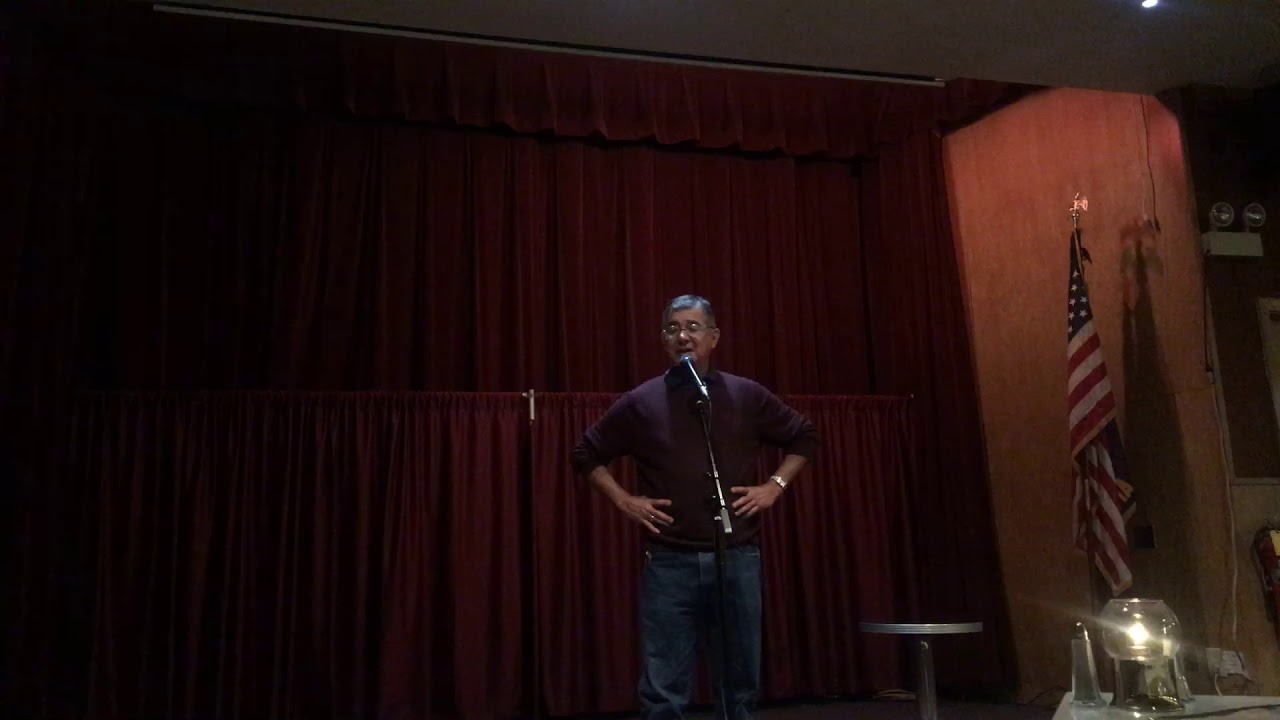 From the photo shoot for Star Tribune, after winning Acme's Funniest a rising comedian from the Pacific Northwest, Alex moved to Minneapolis MN in 2016 and won Acme Comedy Clubs Funniest person, Alex is the first ever winner of Helium Comedy Clubs Social Showdown (giving visibility with clubs across the country) was personally chosen by ‪Harvey’s Comedy Club‬ for the first Portland Comedy Festival and was a Finalist in the Oregon Comedy Competition (all in 2019)
He’s worked with headliners such as Myq Kaplan, Jessa Reed, Eddie Ifft, Tom Rhodes, Matt Donaher and Dwight Slade, was also featured on the Portland Podcast w/ Lewis Black
He has videos featured on the site ComicSeen and has had material featured on CollegeHumor and TheHighTimes Mag

We asked for a middle of the day, PG, show for employees. A difficult task for a comedian these days. Alex nailed it.

Thank you! Jake and I both had fun, it was a challenge but you guys were an awesome crowd!

Alex is funny, witty and can quickly assess the audience and get them into the set. Loved it, even brought another comic to “warm up” the crowd. He provided a wonderful evening of entertainment. She (Laci Day) was great too! Hire them both!

Alex delivered a great set at our show. Prompt and professional, and fun.

Thanks John! I really had so much fun being able to play with that audience.

I had Alex on my showcase: Loadsa Laughs at The Waypost last Monday (12/18/2017) as a co headliner. I wanted him to do a solid 15 minutes and he provided that no problem. His jokes vary from snappy one liners to ones that require a little bit of build up and solid punchlines, a great mix in a my opinion. From head shakes and chuckling to hearty laughs from the audience, Alex provided a fantastic set. It was also his 22nd birthday and I can’t believe how far along he is being only 22. The future is bright for this stand up comedian and I highly recommend booking him to your next available show. You won’t be disappointed.

WayPost is one of my favorite shows to watch and be on right now, Eric has found a great room that I'm sure is just going to become more and more popular, thanks for making me a part of history.

If you're looking for a tight string of laughter especially as an opener or host I really bring an audience in no matter the venue, I'm very flexible in how light or dark my material can be and have no issues with cutting jokes from my act, I definitely work best with a crowd who's clever and willing to get a little darker, but I can still maintain that my set is clean language wise.

Alex Avery is a 23 year old standup Comedian hailing from Vancouver WA and a Portland OR comic, Alex moved to Minneapolis at age 20 and immediately won Acme Comedy Clubs funniest person 2016, Alex has been on the Highlarious Comedy Festival 2018 and The Palm Springs International Comedy festival/competition 2018 where he was a finalist, Alex has opened for Jessa Reed and Aaron Woodall
Alex has worked Tacoma/Spokane m Comedy Club, Harvey's Comedy Club, Club Comedy Seattle and Helium Comedy Club
Alex is currently working HerronEntertainments Brewery Comedy Tour which takes standup comedians and have them do shows in breweries, wineries and distilleries across the country
Alex has had his jokes featured in the HighTimesMag, CollegeHumor and ComicSeen

The Funniest string of one-liners you might've ever seen