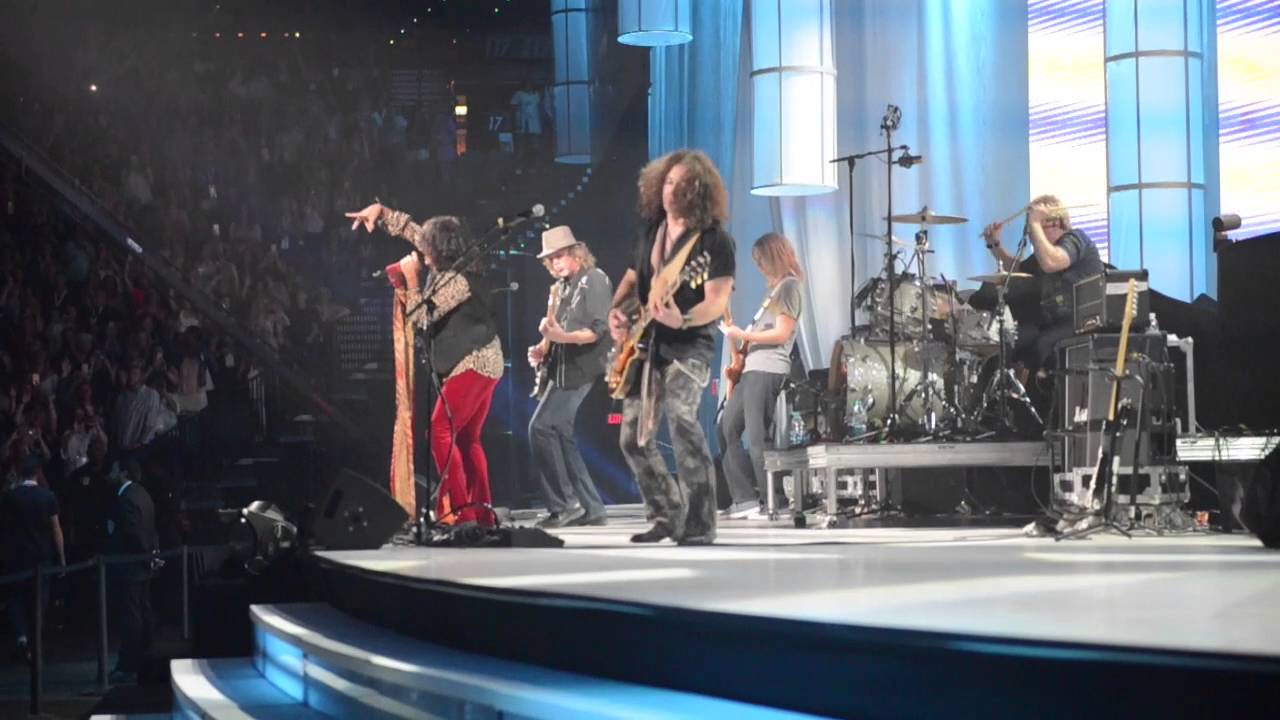 Draw The Line is an 18 year accomplished act and is the world renowned Aerosmith Tribute Band from Boston, MA. Hailing from the birthplace of our nation & Aerosmith, this is the ONLY Aerosmith tribute to be publicly endorsed by the members of Aerosmith. This year round touring band performs for Events, Coroprations, Casino's, Festivals, Fairs, Theaters, Performance Centers, Fundraisers, Charities, Theme Parks, and Nite Clubs worlwide. As referenced by Disney Theme Parks, ESPN, Make A Wish Foundation, Summerfest Chicago, as well as Columbia, Mexico, Canada, UK, Hondorus, Carribean Islands, and Japan.

Just Draw the Line at. Tribute band concert (5th annual Throwback) They were amazingly awesome!!! The look, sound, & music of Aerosmith!!! Lead singer was a perfect twin for Steven!!! Loved em!!
(I attended event, so I can't speak of value)

I saw draw the line in cortland NY in 2002. They played at the third rail. I am a huge fan of classic rock. Have seen Aerosmith in concert 4 times, in the 70s Syracuse war memorial, 90s Saratoga NY, Rochester war memorial and the new york state fair 2012. Draw the line was AWESOME! They looked and sounded like the real thing! Was amazing!! I DID not hire them, just went to the club they were playing at. So I cannot respond to the cost.

The band caters the set list & performance to its clients needs. They perform from a Disney professional style show to a classic Hard Rock concert experience. The audience can expect to feel a true Aerosmith experience with driving guitar hooks, classic sing-a-long lines & dancing to drum beats all with the identical vocals of Steven Tyler. A historical musical ride through the early 70's and right into the outrageous 80's to the hard driving 90's to the current future hits! Customize your show with this bands 100 piece song list for any event. Including a custom Aerosmith style Happy Birthday You will never forget! The musicians in this band always act with the upmost respect and go out of there way for the audience a well as the client. Your satisfaction is our garuantee.

Hailing from Boston, Mass., The city that boasts the World Championship Red Sox & Celtics The New England Patriots, the musical groups Boston, (link hidden)ils, and Peter Wolf, Godsmack, of course Aerosmith. Adding to the subculture of this city is Draw The Line the Aerosmith Tribute Band. The bands career, now spanning almost twenty years, has taken them all over the world. The band has performed in all but two U.S. states. They have also been to Peurto Rico, the U.S. Virgin Islands, and other U.S. territories. They have toured to other countries such as England, Canada, Mexico, Columbia, Honduras and Japan just to name a few. With over 2000 performances in over 100 cities, Draw The Line is sure soon to be in a venue near you!
During a January 1998 interview, Aerosmith singer Steven Tyler singled out Draw The Line as the best of the Aerosmith tribute bands. On Boston's biggest Rock radio station 104.1 WBCN, disc jockey Nick Carter quoted "I've seen Draw The Line! They ARE Aerosmith!" The band is popular on the college circuit as well, and has been interviewed by several Boston-based college radio stations, such as Brandeis University's 100.1 WBRS. DTL has also had featured articles in international fanzines, Boston area newspapers such as The Patriot Ledger, The Boston Globe, The Mariner papers, etc.
They are the only tribute band who has been featured on the Official Aerosmith Website as well as that of Aerosmith's Official Fan Club. With support and accolades from Aerosmith themselves, as well as journalists, top DJs, and fans worldwide, its no wonder that Draw The Line is recognized as a one-of-a-kind. "A professional show band in a league of their own amongst tribute acts, and of a caliber that is unparalleled in the tribute genre" says reporter, Joe Reardon of the Mariner Newspaper Group.
The group's fanatical popularity was evident the evening of January 1, 1999, when it played at the former Mama Kins Music Hall in Boston in front of a sold out crowd of 800. Among other famous faces at that show was Steven Tyler's daughter, model Mia Tallarico. Steven Tyler quoted his daughter the next day as saying "Dad, have you seen this? From where I was standing, I couldn't believe how much they (Draw The Line) looked and sounded just like you!"
Draw The Line's lead singer, Neill Byrnes, won a Steven Tyler look-alike contest on 107.3 WAAF, another one of Boston's biggest rock radio stations. Even MTV agrees to the easily mistaken identity of Steven Tyler. So MTV invited Neill to fly to New York so they could film his magical impersonation for a promotional video. Even more recently Byrnes has been approached by VH1 to appear on they're new program, Rock Candy.
If you love Aerosmith, this is the tribute show You Don't Wanna Miss!

we have computerized lighting plots, artist brings in ear monitors, requires two wedges, one in Lead Guitar & one at Drums. Three mics across the front & a direct line from the drums.