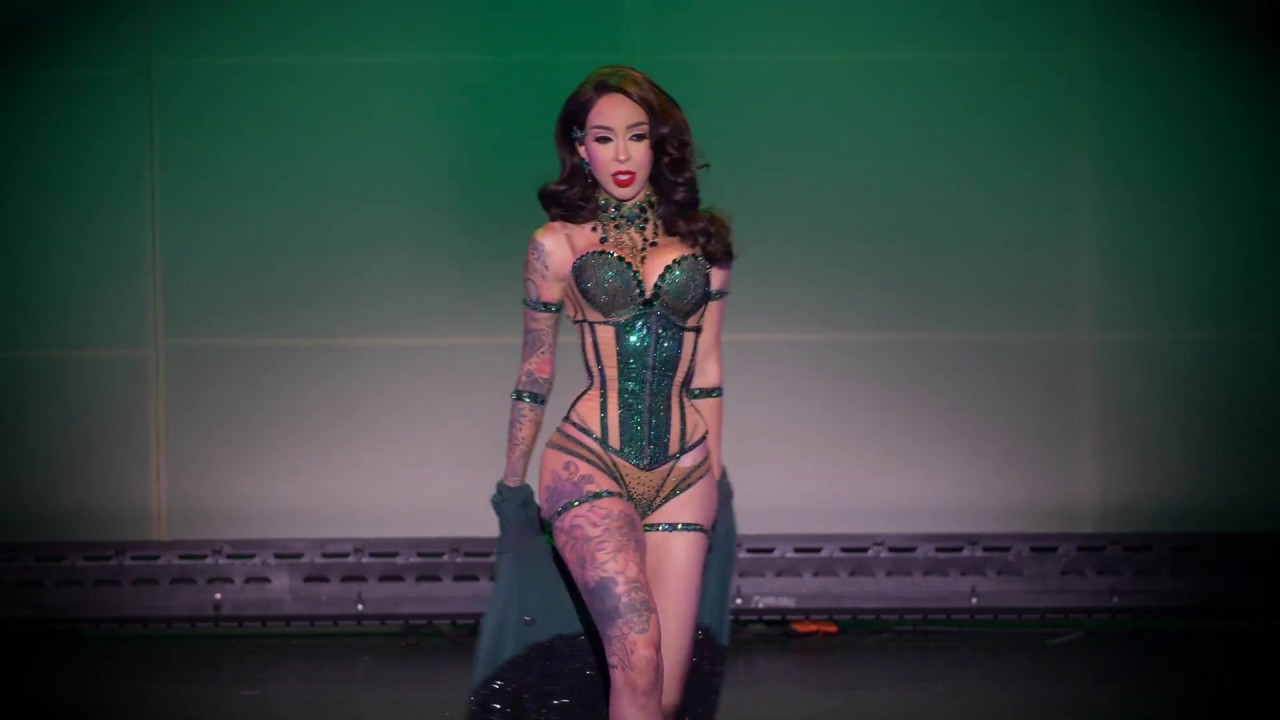 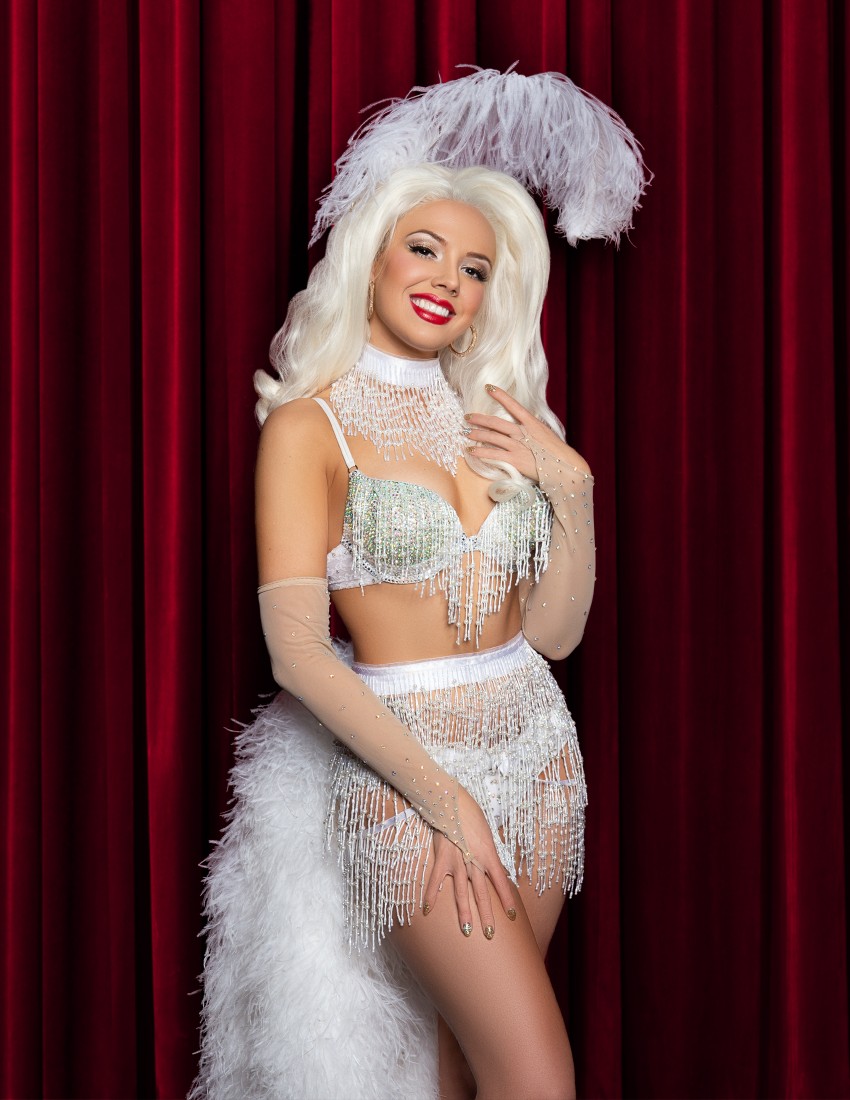 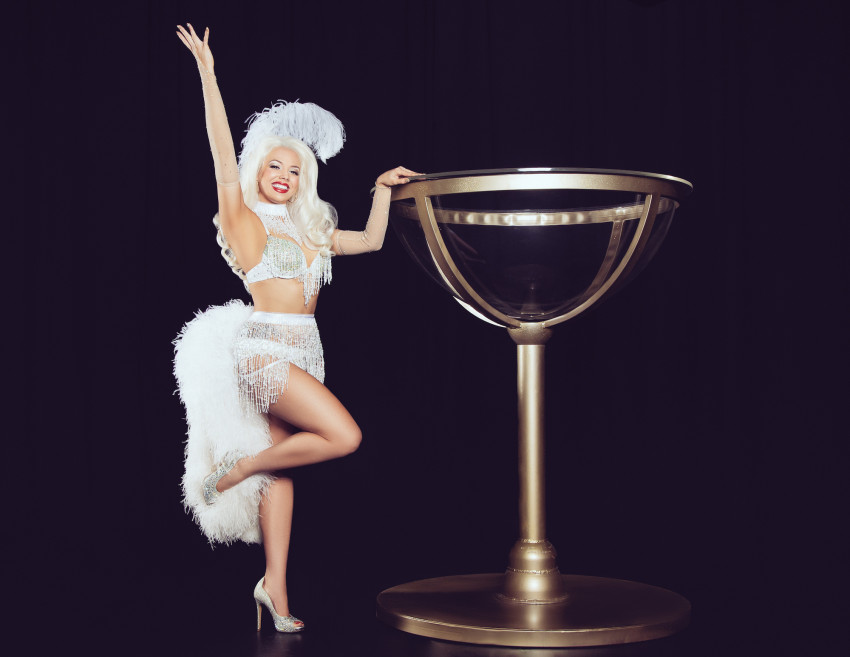 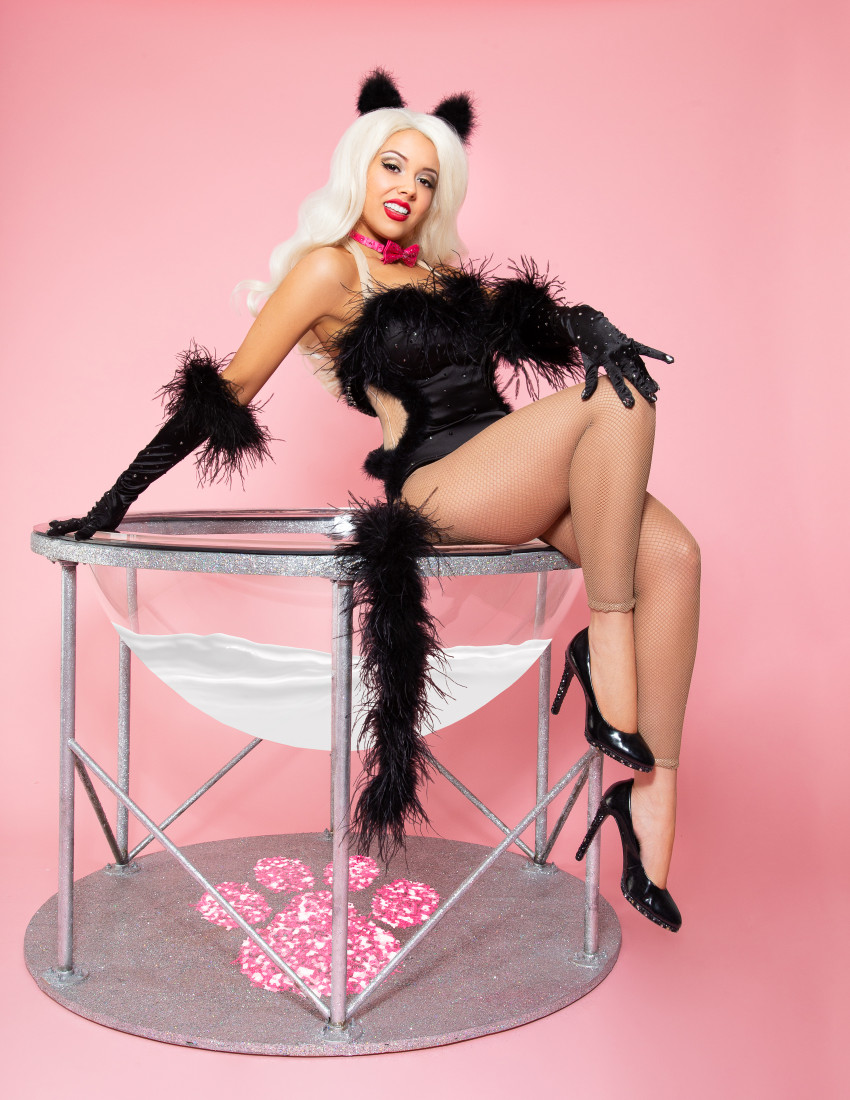 This playful routine features Adèle's vocals, a bit of catnip, and a giant milk bath finale! 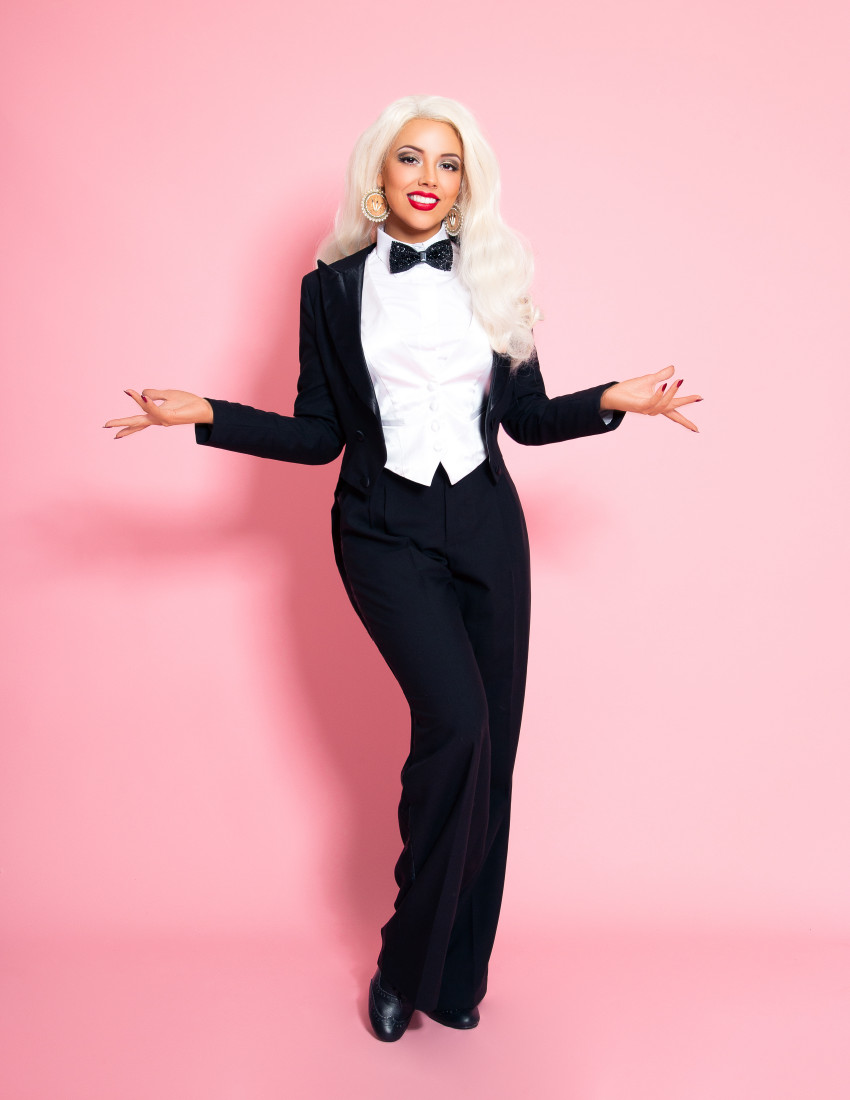 Adèle is an experienced emcee with hundreds of hours of experience. 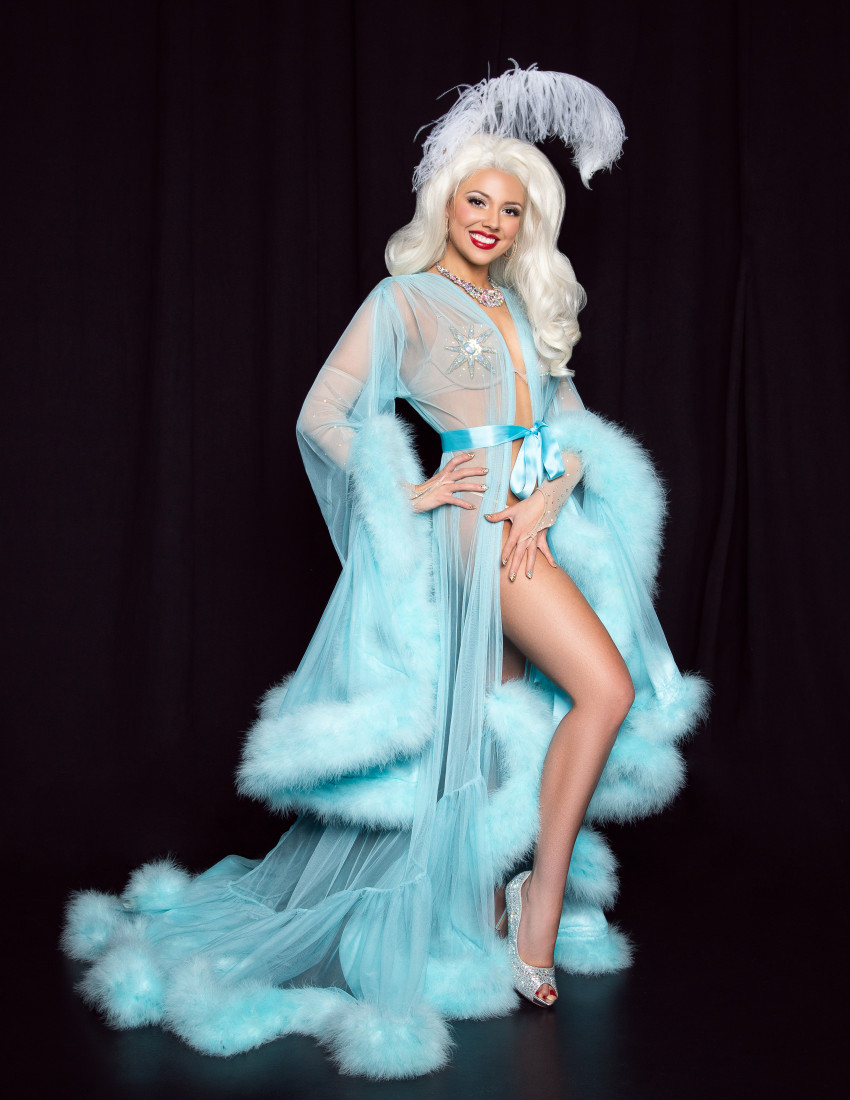 Adèle in her Champagne Dream costume. See other photos for accompanying champagne coup. 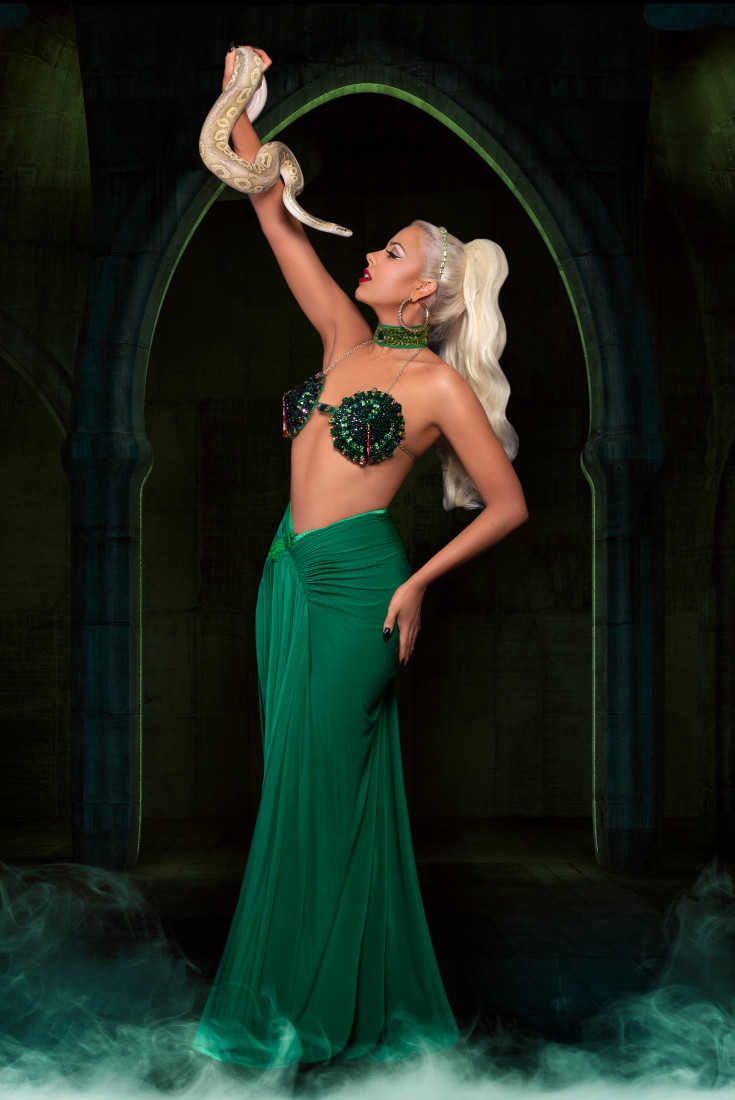 Adèle Wolf with her snake, Lazarus 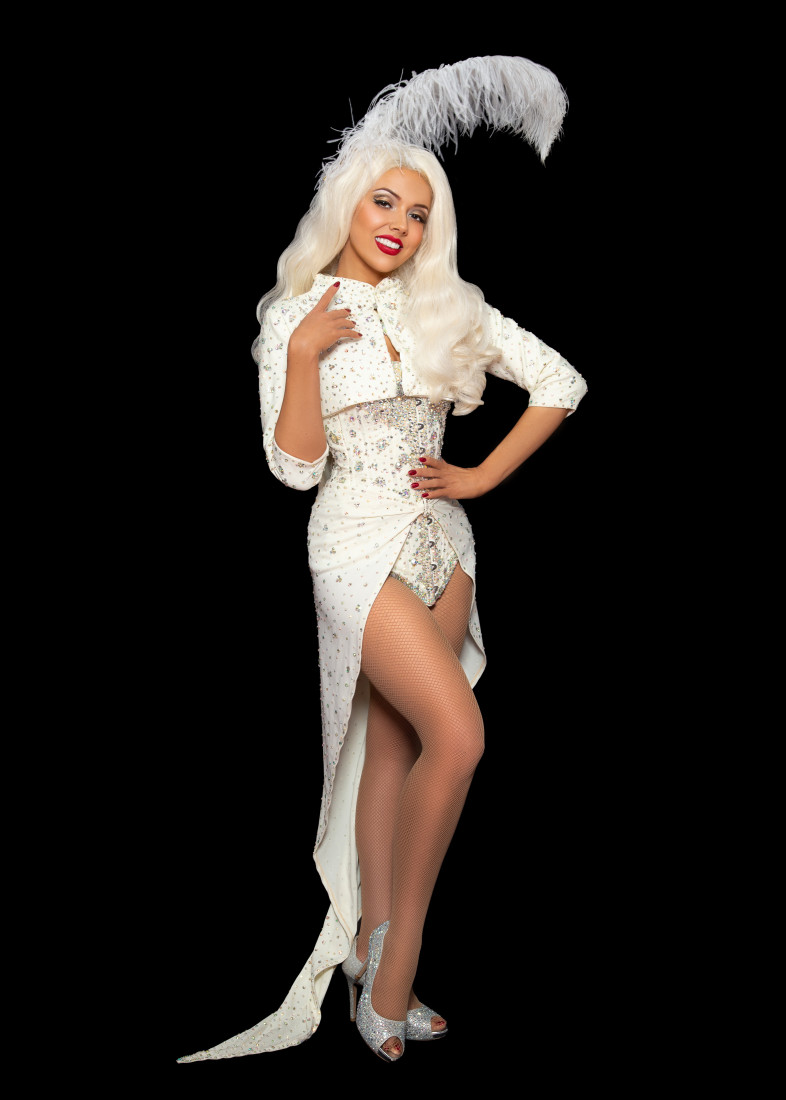 Adèle Wolf is an award winning burlesque entertainer, model, and actress based in Oklahoma City and Western Europe. She has headlined events in major cities throughout the U.S. and Europe, with performances in 11 countries to date. In September 2017, Adèle debuted in Indonesia at Club Med Bali.

Securing her for our Gala

Adele has been so great to communicate with. Even though our event isn't until October, just talking with her over the phone we can tell how professional she is. We are very excited to be able to offer this to our guests for our hospital fundraiser this year. We are sure her performance will blow everyone away. Her availability to be flexible with our requests and questions has been so great! WE CANT WAIT! We will leave another review after the event!

Adele was very professional and understanding, although it was a small crowd she still put in the effort at 100%! I would definitely rebook!

Solo Performances: Each act runs about 5 minutes long. Adèle has a large range of acts and specializes in extravagant and elegant burlesque and cabaret numbers.

Emceeing/Hosting: Adèle's warm personality and twenty three years of stage experience make her a delight for audiences! Whether your event is family friendly or a bit more PG-13, Adèle will provide consultation and choose the best hosting style for you!

Event Production: Adèle is the producer of some of the largest and most successful entertainment events in Oklahoma; and some of the largest scale burlesque and variety events worldwide. She is a master talent scout and can create a fully produced show to fit your needs!

Bachelorette Parties:
Interested in a sexy and fun bachelorette party? Learn how to work a boa, bump & grind, and more in a fun introductory to burlesque! Party package inlcudes a "burlesque kit" for the bride to be!

Adèle Wolf is an internationally touring, award winning burlesque performer and producer, internationally published model, and actress, based in Oklahoma City and Western Europe. She is also the protege of burlesque icon, April March. She has been performing onstage for the majority of her life in various disciplines and has had years of formal training in dance, theatre, and voice. Several Oklahoma City publications have named her "Oklahoma City's Burlesque Queen!" Adèle was Miss Fort Worth Stomp 2011 and was awarded the Satan’s Angel award for hottest body at the 2012 Dallas Burlesque Festival. She travels regularly and has performed and instructed in major cities across the world, including Paris, London, Munich, Berlin, Amsterdam, Glasgow, NYC, San Francisco, Chicago, and more!

Adèle is the producer of Adèle Wolf's Burlesque & Variety Show and the Oklahoma City Burlesque Festival. She is also the headmistress at the Oklahoma School of Burlesque and (link hidden)etchy's Anti-Art School Oklahoma City. In Fall 2013, Adèle produced a sold-out run of her show as part of the Mumford & Sons Gentlemen of the Road Stopover in Guthrie, OK. In Fall 2014, Adèle headlined at San Francisco's Hubba Hubba Revue, named one of the Top 10 Burlesque Shows Worldwide by the Travel Channel. Since April 2015, Adèle has been working regularly in Europe, where she has performed and conducted workshops in England, Scotland, Ireland, Netherlands, France, Italy, Switzerland, Germany, and Czech Republic. Most recently, Adèle debuted in Indonesia, performing at Club Med's Bali Nusa Dua location in September 2017.