Sound Test at a School (Before I Let Go Beyonce RMX)

We Caribbean people know how to get down!! 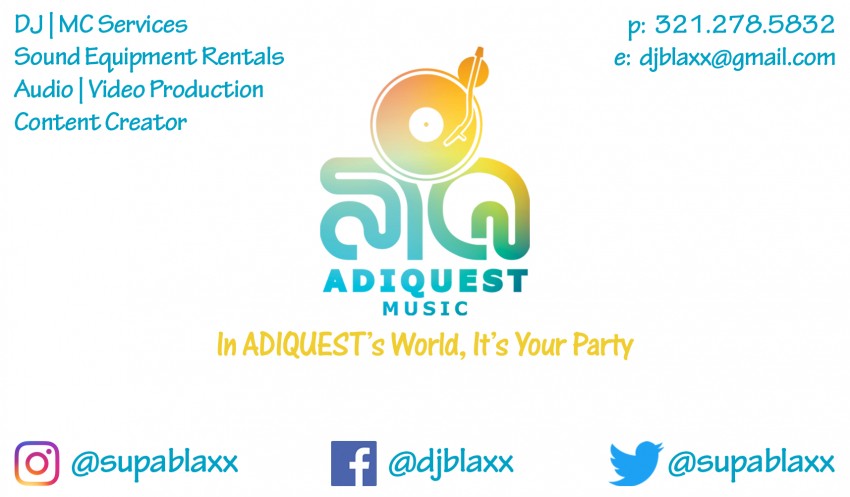 Now you have my information, Contact and Book me... 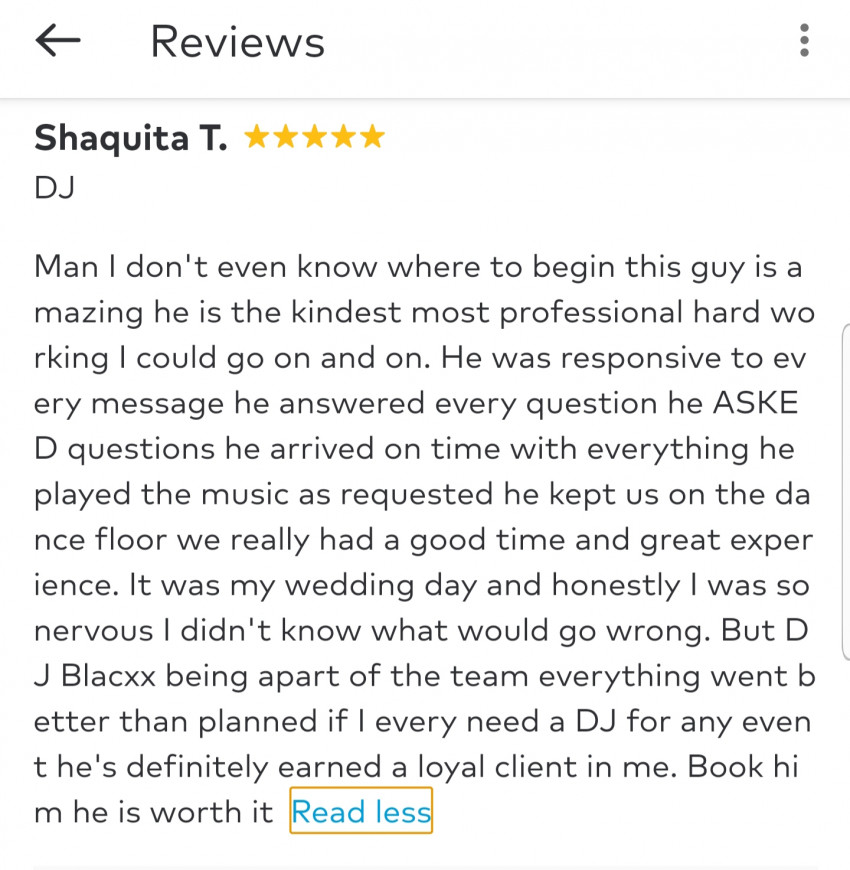 Verified Review from a Customer 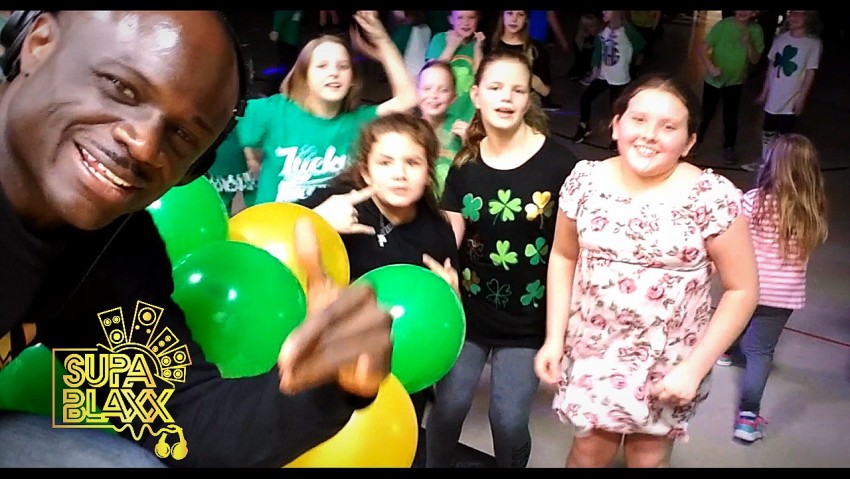 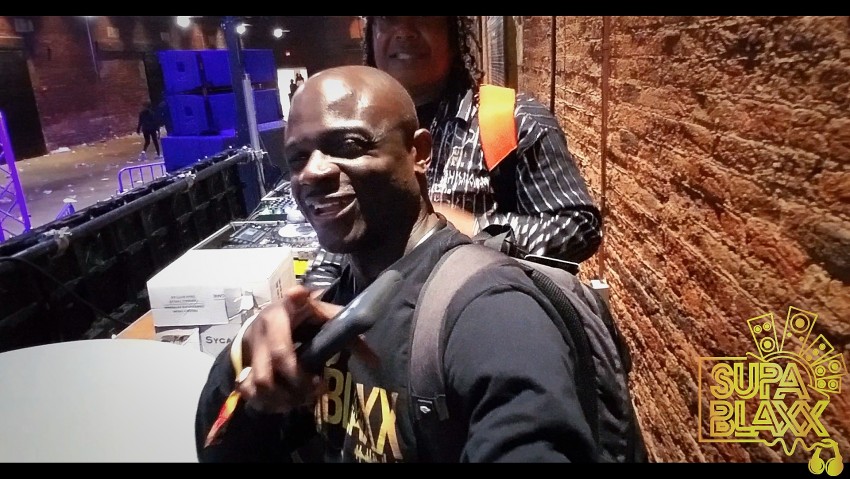 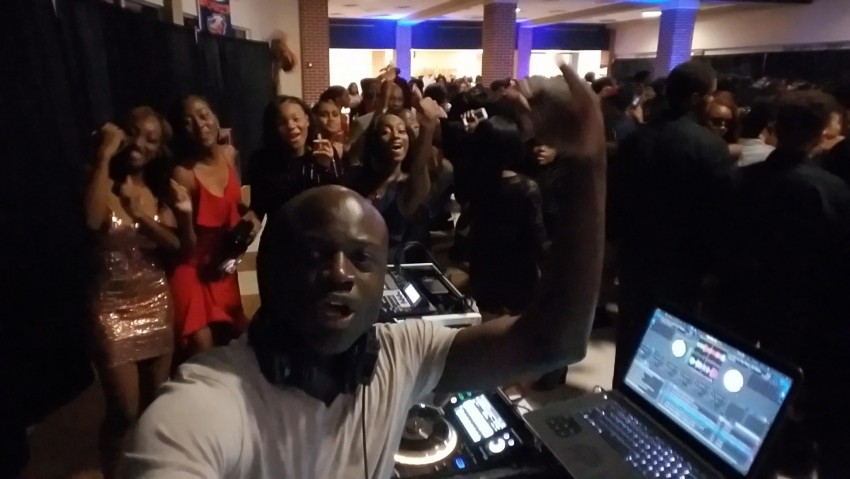 Actual Customer Testimony...This is what I do... 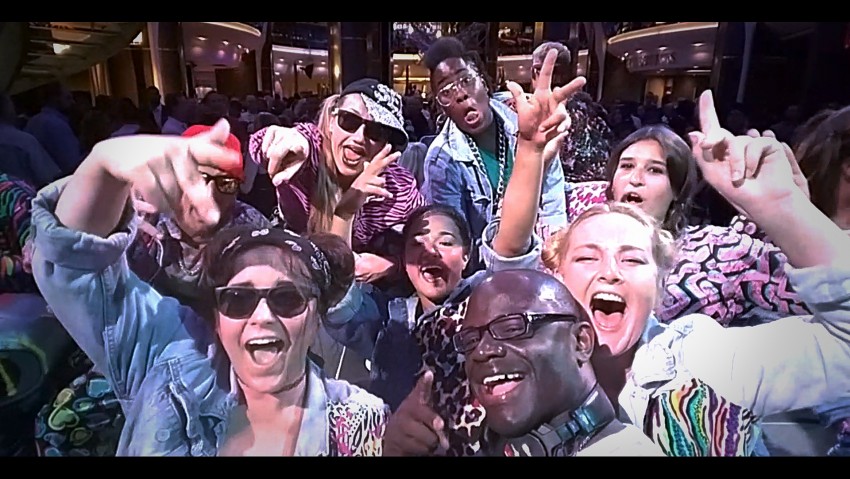 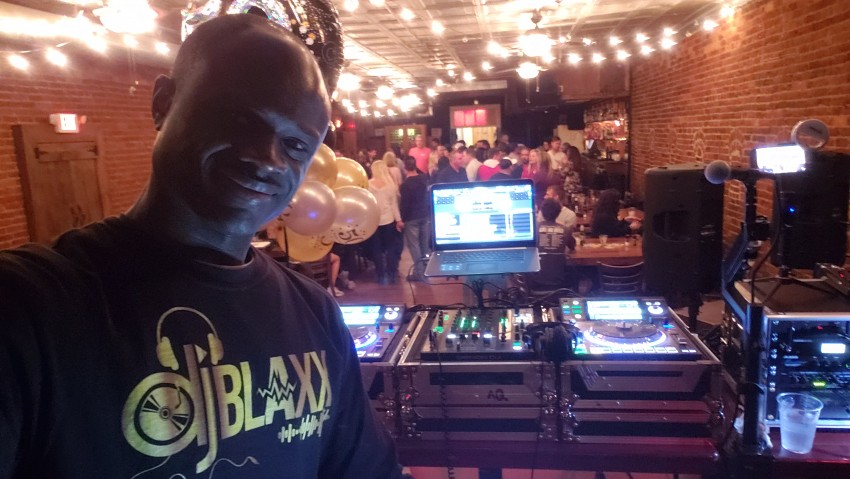 About to get this 50th Birthday Party started in Gainesville, GA 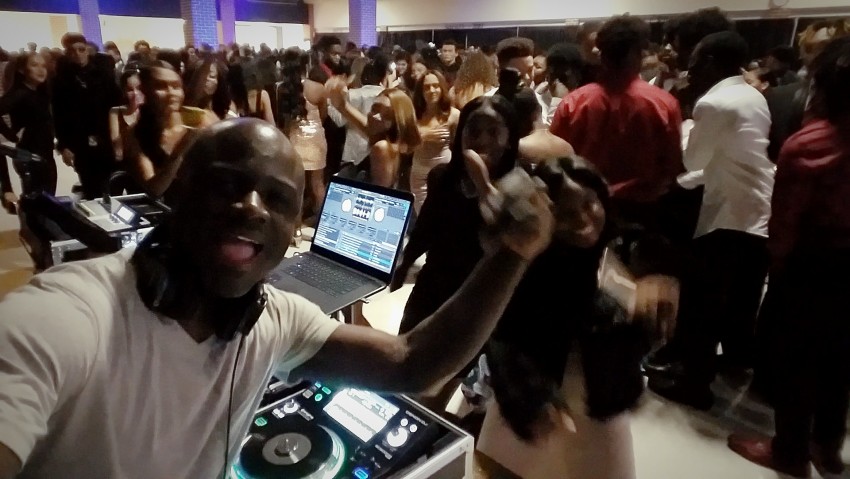 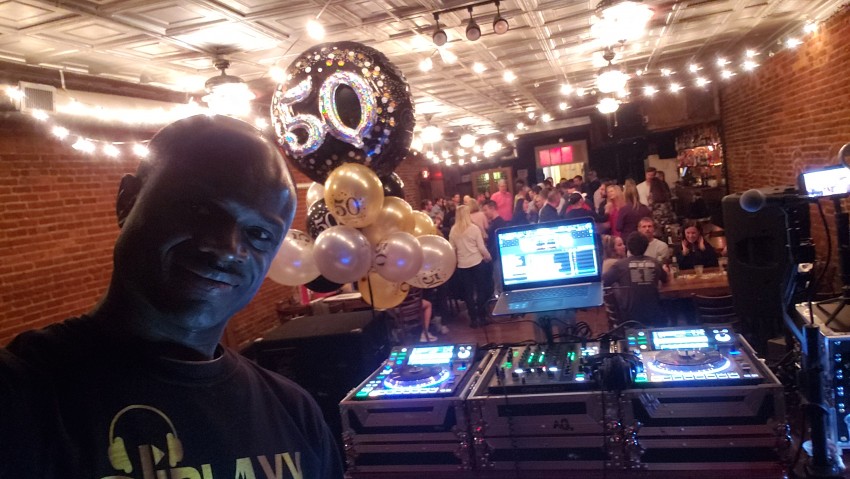 I'm ready to get this 50th Birthday Party started in Gainesville, GA

You want a professional DJ who has years of experience in playing music for weddings, school & corporate events, birthday parties, festivals, and other social events. You also want a multi-format DJ with the ability to mix music from various genres like Pop, Hip-Hop, Reggae, Soca, Top 40, EDM, R&B, 70s-2000s Hits, Disco and more. Now you hire the DJ that understands he is working to entertain you, your guests, and creates a festive atmosphere. All done with smiles, crowd interactions, and positive high energy performances. This is what you get when you hire DJBlaxx of ADIQUEST Music.

Our vision is simple: "In ADIQUESTs World, Its Your Party!"

He was on time and responsive. Great Event!

Morning. Thank you for the awesome review for the 01.Jun date. Even the employees and management of these two locations gave me compliments because I kept engaging and welcoming their customers and they said previous DJs do not speak.

ADIQUEST Music's business process is straight forward.
Since there is an interest to get ADIQUEST to perform DJ services at your next event as soon as possible. This is how we will proceed.

1. An over the phone consultation takes place to learn and understand the details of your event. We will also discuss pricing and the value you will receive with our pricing.

2. Now that you agreed to hire ADIQUEST, a service agreement with the details of your event, itemized pricing, and the terms / conditions will be sent to you.

3. Next, you review and sign the service agreement; followed by securing our DJ services with a payment. You can pay the deposit; which is 50% of the total cost. Or you can pay the full amount of the agreed pricing.

Payments can be made via:
a. Paypal. Please send payment to djblaxx @ (link hidden). Send as "friends and family" so you do not incur any charges.
b. CashApp. Please send to payment $djblaxx
c. Credit Card. We accept all majors (Visa, MasterCard, American Express, Discover) only with valid ID.
d. Cash in Hand
e. Money Orders. Please make payable to Leon Stephenson

4. We party and have a good time creating lifelong memories.

My Professional DJ career began in the summer of 1995. During a high school lunch break, a friend of mine Jarvis was DJing. He had some Reggae records and said to me "Since you love the reggae music and have been practicing at my house, get on the turntables." I went on DJing and was so nervous about playing in front of the large crowd. Within 10 minutes, the crowd started dancing and cheering for me. After the lunch party, Jarvis told me that people told him that they loved my vibes and playing style. He also said I should pursue a career as a DJ.

So it starts...My DJ stage name of DJBlaxx came from friends calling me Blacks, Blacky, and Blacka Ranks due to my dark chocolate skin color...LOL, but it's true. Another good friend of mine Gary started calling my DJ Black and DJ SupaBlack. I simply revised the spellings to DJBlaxx and SupaBlaxx.

In 1996, my cousin and I formed a DJ / Sound System company called ADIQUEST [promounced A-DI-QUEST] Disco. It means "It’s the Quest" to make it in life. Being of a Jamaican / Guyanese background, we do not say "It's." Instead, we say "Ah." Instead of "The," we say "Di..." So hence the name ADIQUEST!!

In the beginning, a majority of bookings came from Caribbean clients. They wanted Reggae and Soca. But a part of the mission was to also expand and create opportunities nationwide and internationally. So dollars earned were invested in sound equipment and building a vast music inventory. With the build of a vast music library, we now can become an open multi-format Dj services company. Music of various types like Pop, Soca, Hip-Hop, Reggae, Top 40, 70s-80s Hits, Latin, Reggaeton, R&B, and more are in the arsenal during a performance. This makes ADIQUEST one of the most versatile DJ services around and has proven an integral part of our longevity.

DJing has taken ADIQUEST from its starting grounds in Orlando, FL to playing internationally. When music is added to the equation, people exude this energy that is so positive and strong. The high energy vibe literally becomes my "high." And since I do not smoke or drink, this is how I get "LIT!!"

Our vision is "In ADIQUEST's World, Its Your Party!"

SeratoDJ Pro DJ is the software application of choice