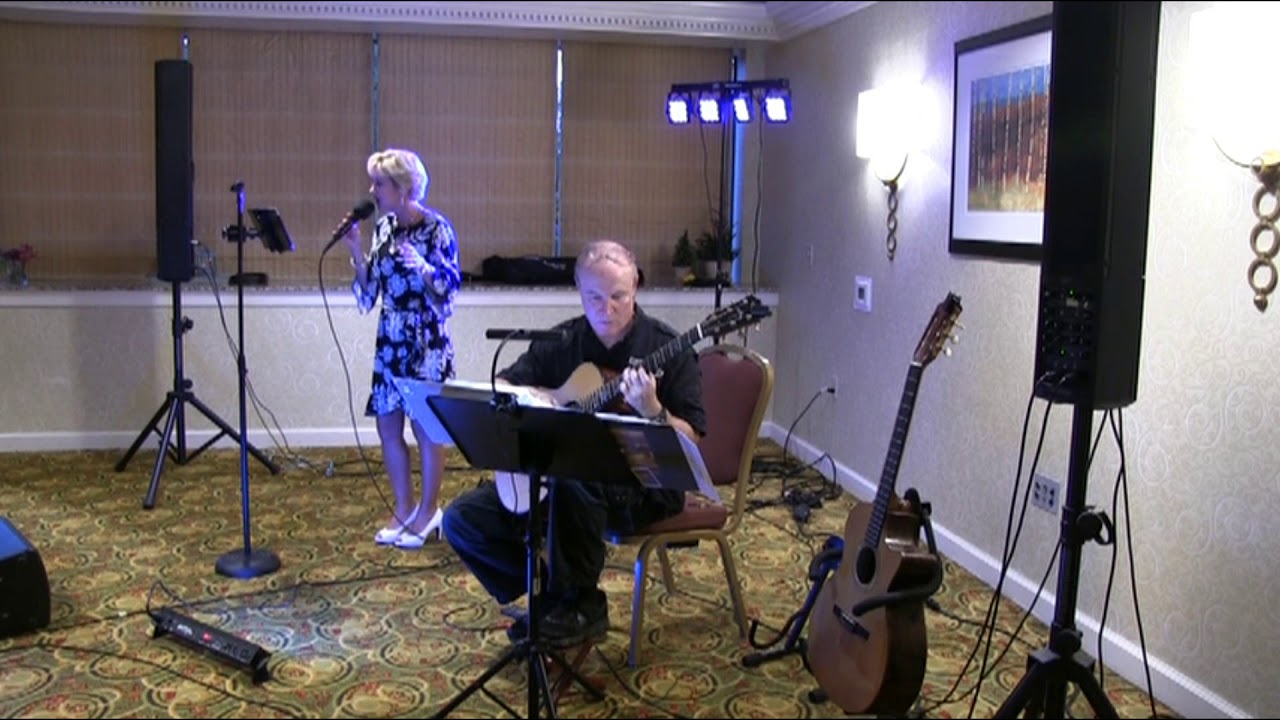 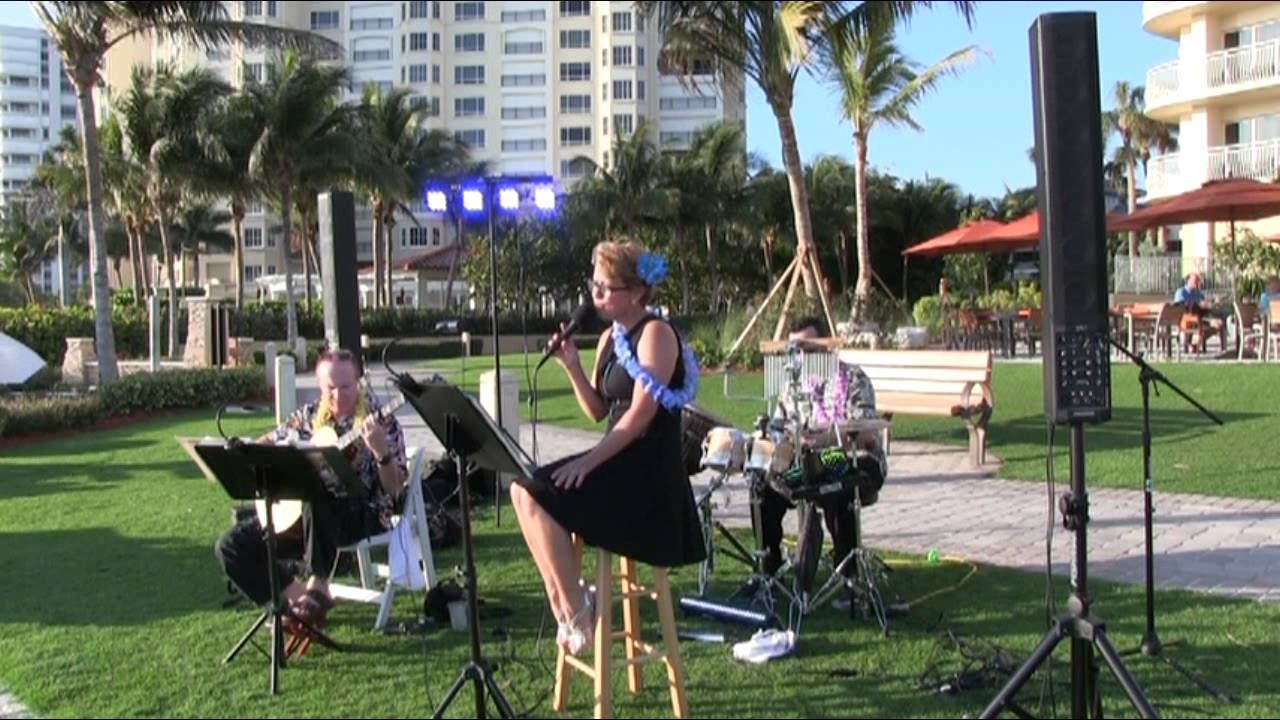 Live Performance of Acoustic Sunset at the Marco Island Marriott 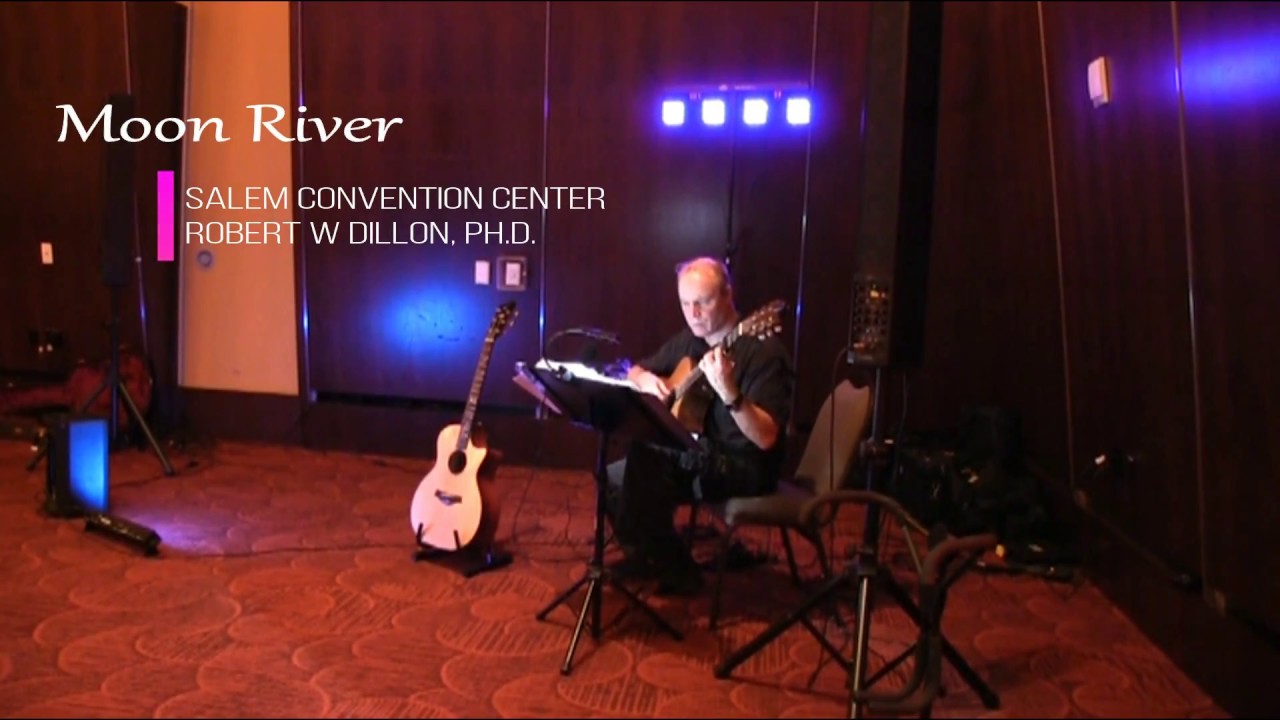 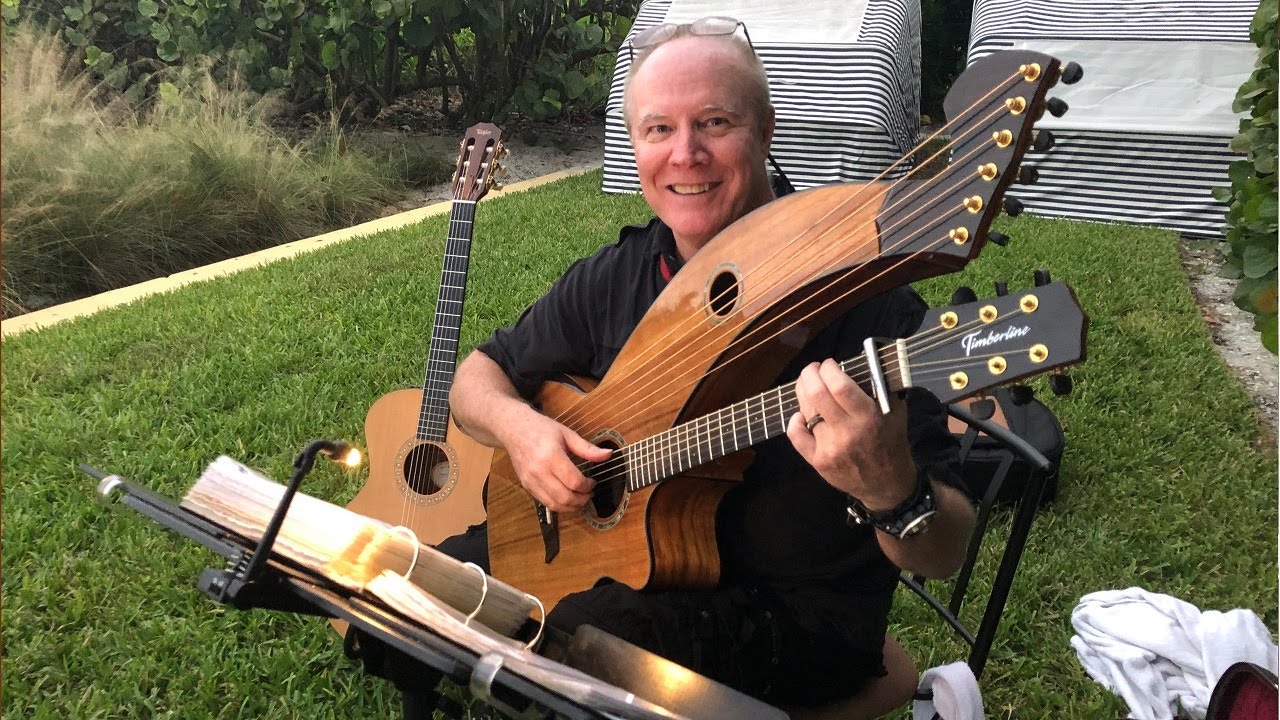 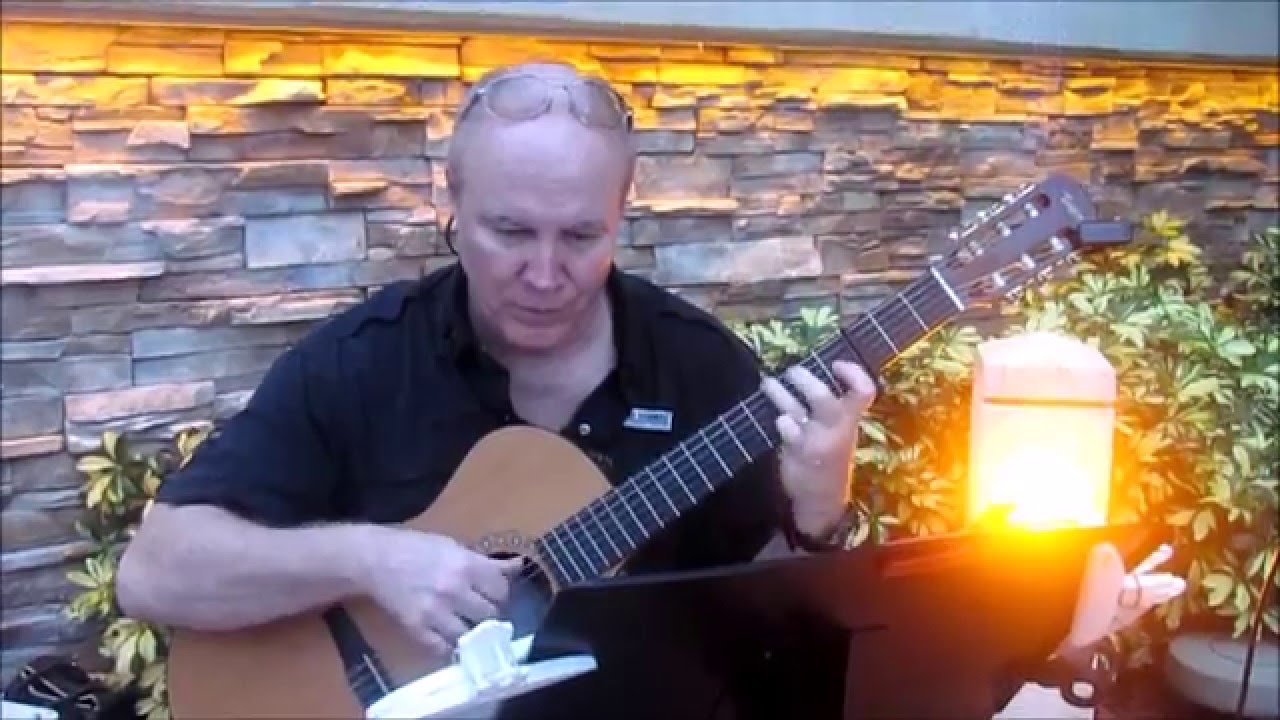 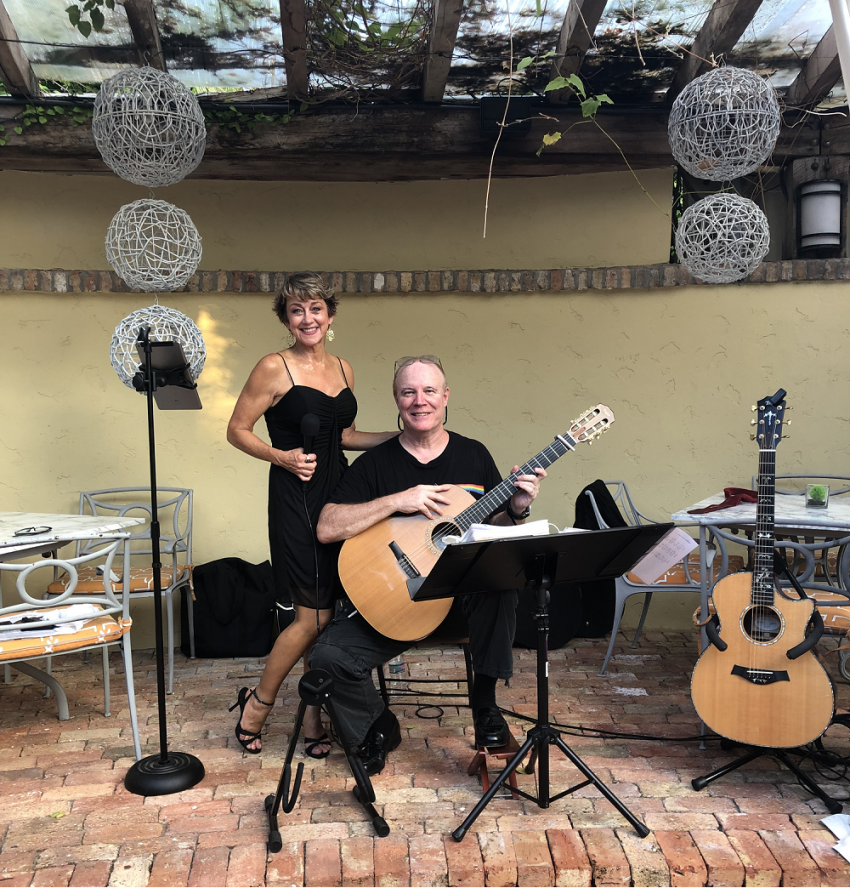 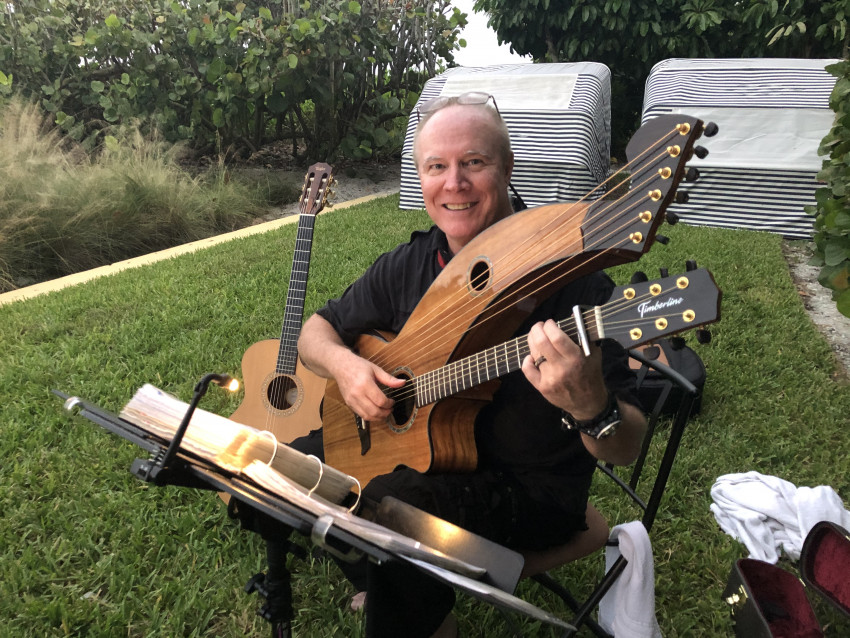 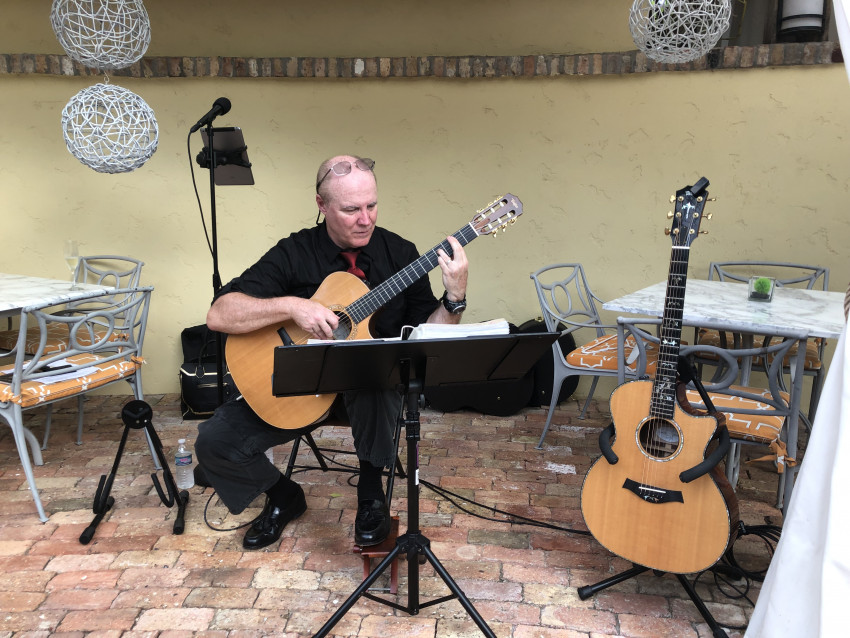 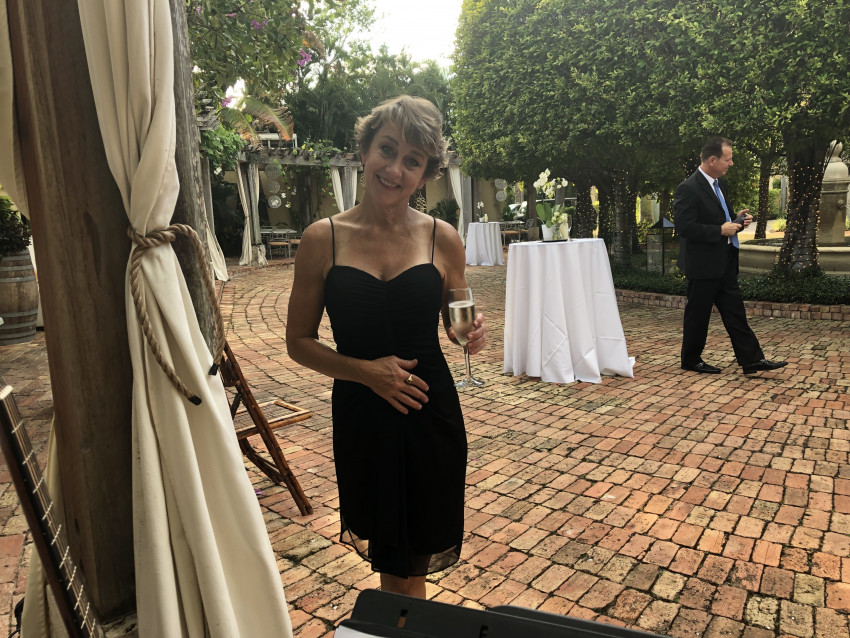 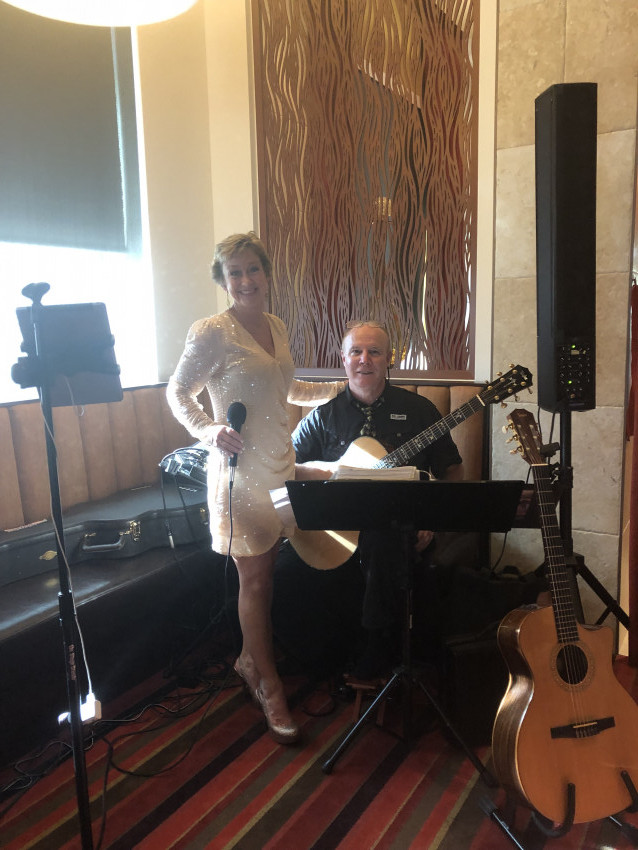 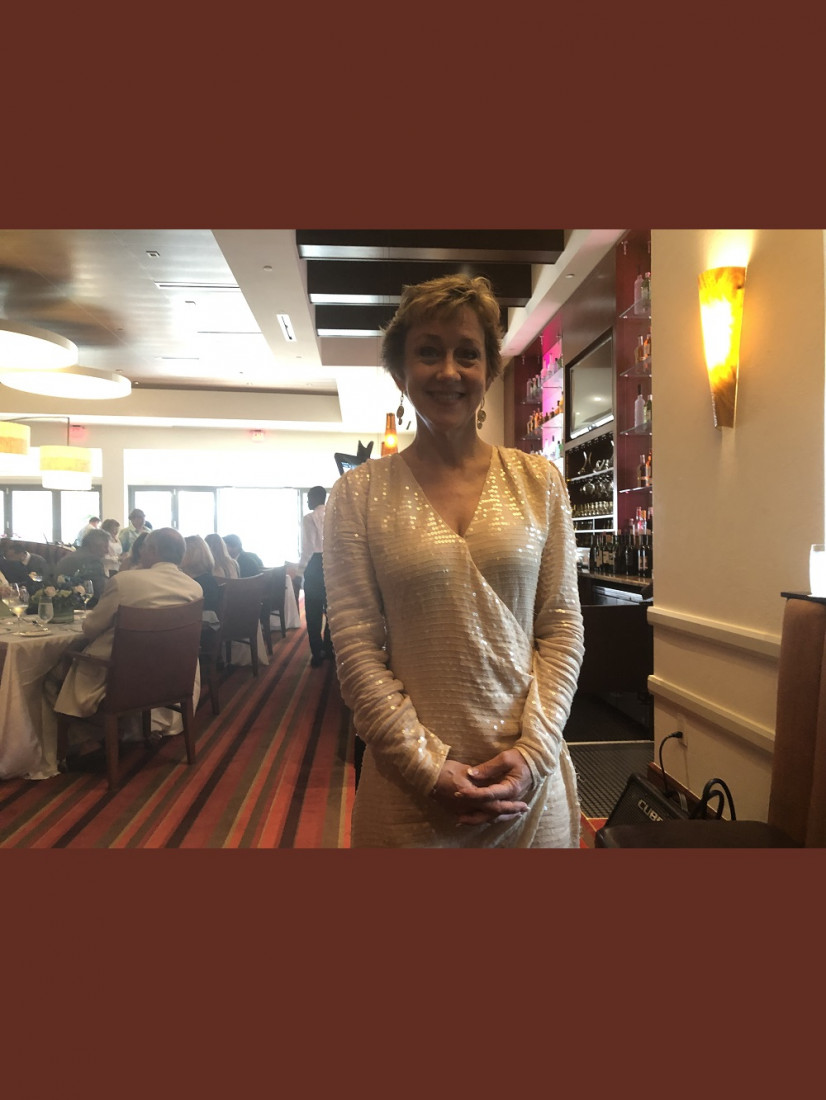 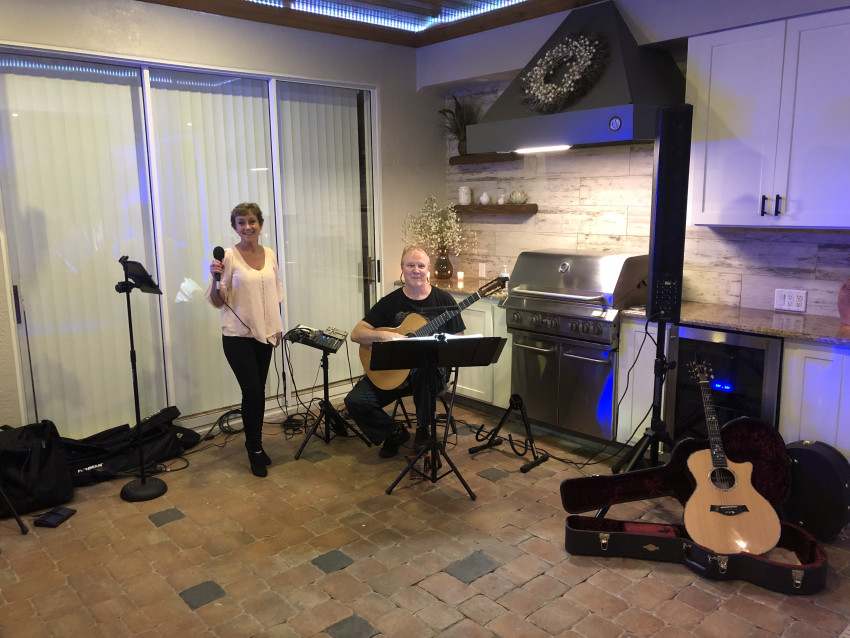 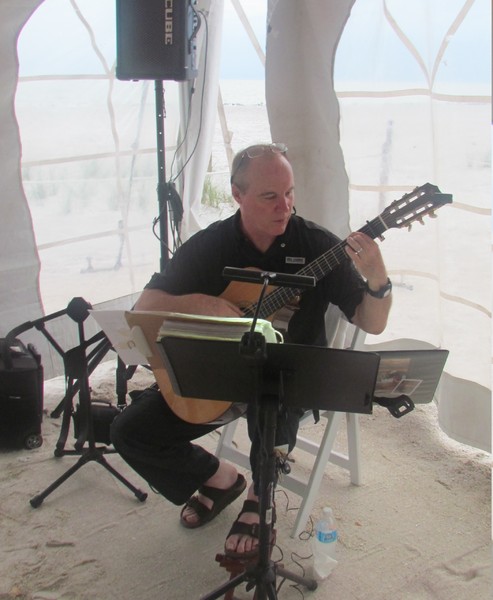 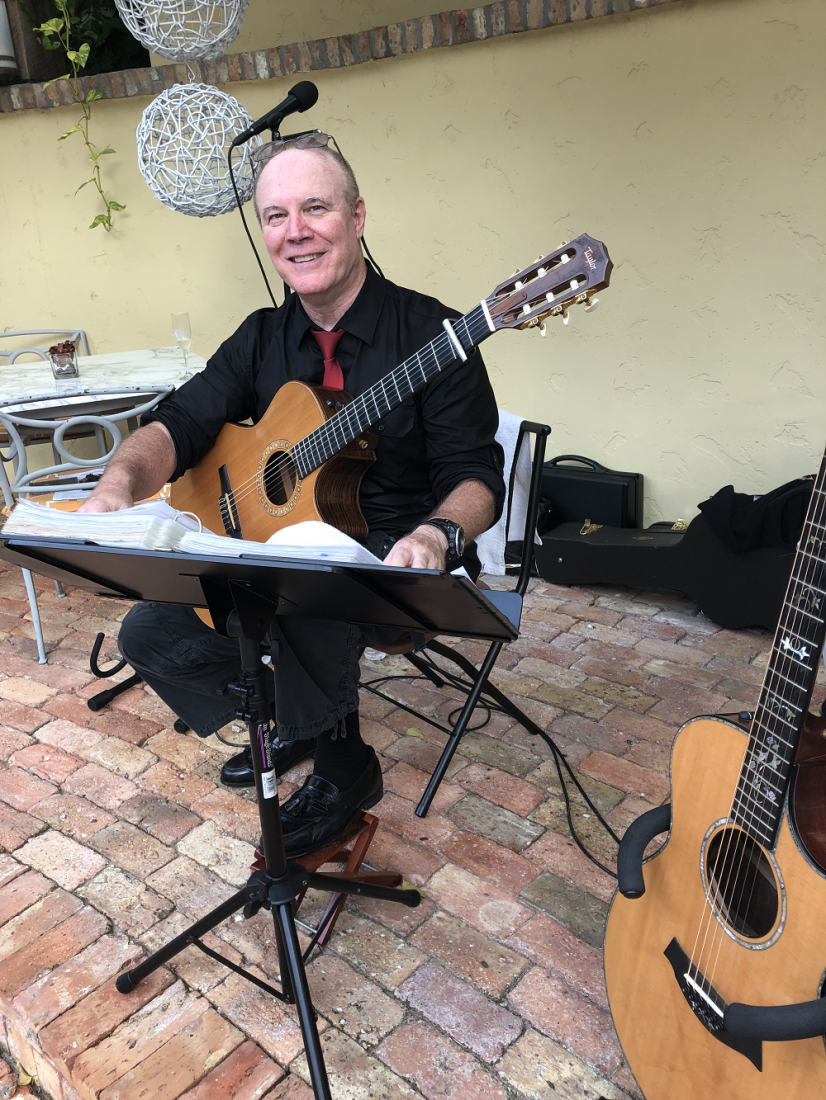 AcousticSunset is a variety band that performs mellow classics, pop, rock, classical, country, and tropical music for Special Events and Weddings. We always perform our music 100% live with no backing tracks. We have extensively performed together throughout SW Florida and west Oregon. Robert has performed in SW Florida, Oregon, Louisiana, Missouri, Arkansas, Washington, and South Africa.

For spectacular views of your wedding or special event, we can capture aerial drone photography & videography, since Robert is a FAA Licensed Remote Pilot. We have youtube videos of our work. Our rates are very reasonable. If interested, please let us know.

Bob and Janet were great to work with,

Bob's playing created a wonderful ambiance. Impeccable solo guitar playing matched perfectly to our small intimate wedding. As a bonus, they unexpectedly created a video they graciously sent to us after the event which captured many special moments.
Highly recommend,,

Thank you Doug for the very kind words & review! I loved performing for your daughter's wedding, and glad we got to shoot a brief 5 minute aerial video of the cocktail hour, so y'all can always look back at this wonderful event! Merry Christmas to you & your family! Bob (& Janet)

Unfortunately COVID forced the cancellation of our wedding ceremony planned for 7/11/2020 on Marco Island; as such, we did not have the pleasure of hearing Bob play for our wedding. We did want to share that the experience with Bob up until we cancelled (and after) was amazing and seamless. He is so incredibly talented, and we had a lot of fun speaking with him (and Janet) to plan just the right music for our special day. He practiced a special song that we requested, and provided lots of helpful feedback when deciding on the final playlist for the ceremony. His responses were always incredibly fast and thorough, and when we made the devastating decision to cancel, his understanding, kind words, and full refund of our money was so incredibly appreciated. We hope in the future to have the opportunity to hear him play live. We strongly recommend him and Janet for any event you are considering!

Everyone enjoyed the entertainment. It made the evening enjoyable.

Hi Dick, thanks for the nice review. Janet and I felt we performed perfectly for your event as well. Anytime you (or your quests) would like to hire us in the future, feel free to contact us. All the best, Janet & Bob

A Delight to Work With!

Bob was great to work with long distance (and he plays a mean guitar, too)!
We hired Acoustic Sunset to play a small conference venue for acoustic dinner music & then a 30 minute "show" with Janet added as a singer. We got very good feedback on their performance. Bob was easy to work with and they came up with song selections after we gave them info on the people who would be listening that evening.
We were extremely pleased with their performance and how easy they made things for us. I recommend them highly!

Thank you Melanie for the wonderful and thoughtful review! We loved performing for your university! All the people there were extremely nice, and you were very professional and friendly to work with as well. Any time you would like to have us perform in the future, let us know. All the best, Bob & Janet

We used Robert Dillon for our wedding. He played acoustic guitar for the ceremony, cocktail hour, and reception dinner. He was very easy to work with and did a great job! We were both very happy with the music and felt it was exactly what we were hoping for. The pieces during the ceremony were a perfect backdrop and I loved walking down the aisle hand in hand to "Here Comes the Sun". The choices during the reception were wonderful and the way the sound echoed in the tent was the perfect amount of background music. Highly recommend Robert if you are looking for classic acoustic guitar for your wedding!

Wonderful music for our wedding!

We were so fortunate to find two professional musicians for our wedding. Janet sang like an angel - very beautiful & sweet voice, and Bob's guitar abilities sounded better than the originals! We highly recommend them for weddings or any event.

We would like to recommend Bob and Janet for any event that requires "music"! We recently organized a party with approximately 40 guests: we invited Janet and Bob to join us and they played very good music for the entire length of the party (3+ hours). Bob is an excellent guitarist, with tremendous professionalism and great ability to perform even difficult pieces. Janet is a superb singer: she entertained us with many songs, of different genre, also showing a very high degree of professionalism. In addition, both Janet and Bob are very friendly, sociable, and very easy to get along with. Everybody at my party loved them and their music. We intend to continue to invite them for big and small events.

AcousticSunset is a pop, rock, classical, country, tropical & variety band that performs for Special Events and Weddings. We always perform our music 100% live with no backing tracks.

Janet and Robert Dillon are quality musicians who have performed professionally throughout their lives. Robert is a master fingerstyle guitarist and Janet is a naturally talented singer. They reside in Naples, Florida and perform as a duo throughout SW Florida.

Robert's originals have been played on various TV shows, radio stations in the U.S. and published in national guitar magazines. He was the house musician at the Hot Springs BrauHaus for 6 years and the Pleasant Hill Valley Country Club (when he resided in Hot Springs, Arkansas). Robert has performed for hundreds of venues (weddings and events) in Florida, Oregon, Missouri, Washington, Arkansas, Louisiana, and South Africa ((link hidden)).

Robert's performances provide quality entertainment through his brilliantly mastered music, mesmerizing and capturing audiences of all music genres and ages. He was also featured in a master workshop in the nationally acclaimed Fingerstyle Guitar Magazine. His refined classical fingerstyle technique allows him to produce wonderful sounding three-dimensional compositions that have won the hearts of many listeners.

Janet was born and raised in Naples Florida. Her love for music began at a very young age. She is a naturally talented vocalist with a smooth, bright and angelic voice. Her love for singing led her to musical theatre, talent contests and beauty pageants in her teens. She won many local, state, and national beauty pageants including "America’s Miss Charm." Her passion has always been music and singing for live audiences. She has performed with some of the best musicians in SW Florida. In 2017, she was Mrs. Eugene in the Mrs. Oregon America Pageant and won Mrs. Congeniality of Oregon. In 2018, Robert and Janet moved back to Naples, Florida.

Other venues include: the Pelican Preserve in Ft Myers, Vassari Country Club in Bonita Springs, the Little Bar in Goodland, Trianon Bonita Bay in Bonita, Mar-A-Lago in Palm Beach, the Sanibel Island Resort and Captiva Island Yacht Club in Captiva, and many more from Orlando to Tampa to Miami, FL.

Having a premiere fingerstyle guitarist and vocalist perform for your special occasion not only sets the perfect mood and acoustic ambiance, but also provides an elegant evening and a very memorable experience. If you are looking for quality music for your special occasion, look no further. You may contact them by email: bob(link hidden) or call (phone number hidden) (Naples, FL).

Robert uses concert quality guitars in his performances and recordings, along with state-of-the-art amplification equipment for delivering studio-quality sound. They also use chauvet special lighting effects in their performances.

Janet's influences: Olivia Newton-John and top female singers (from pop to country) in the 80s & 90s.

Ample protection from the weather (sun, cold, rain) if outdoors

We would appreciate beverages & food after a 2-hour event (if available). Gratuities are appreciated.

Two regular chairs without side arms