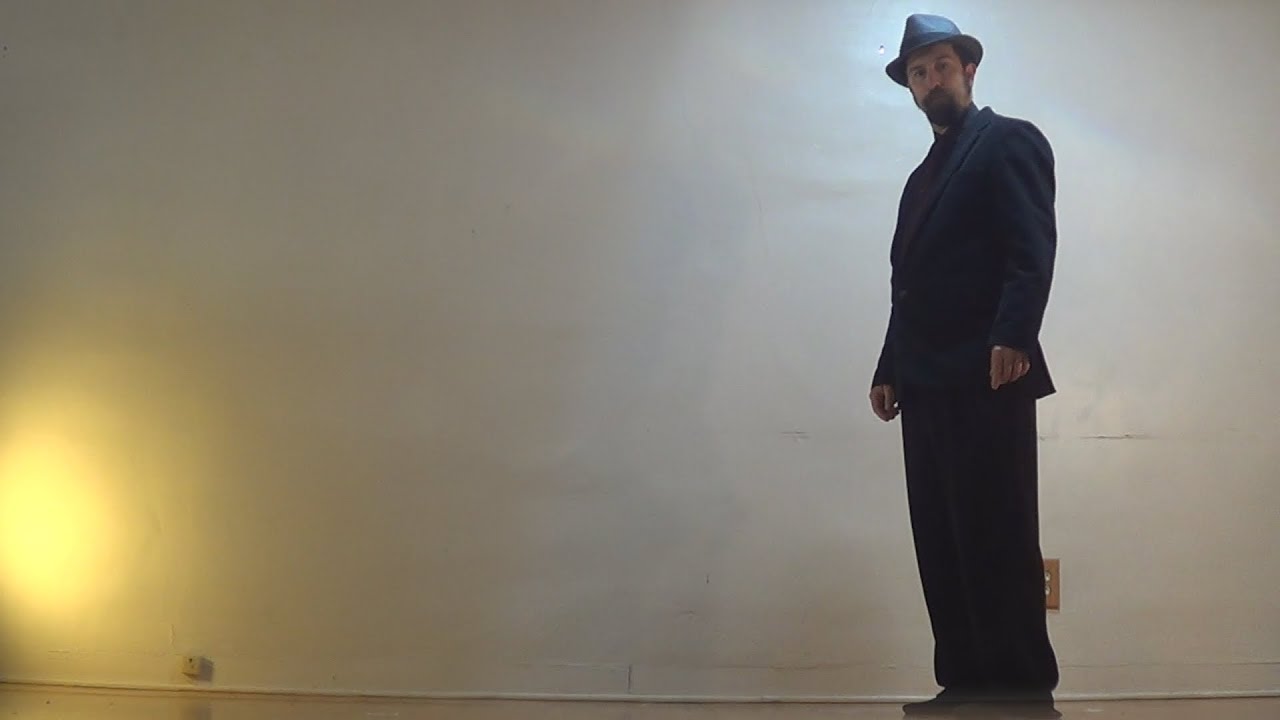 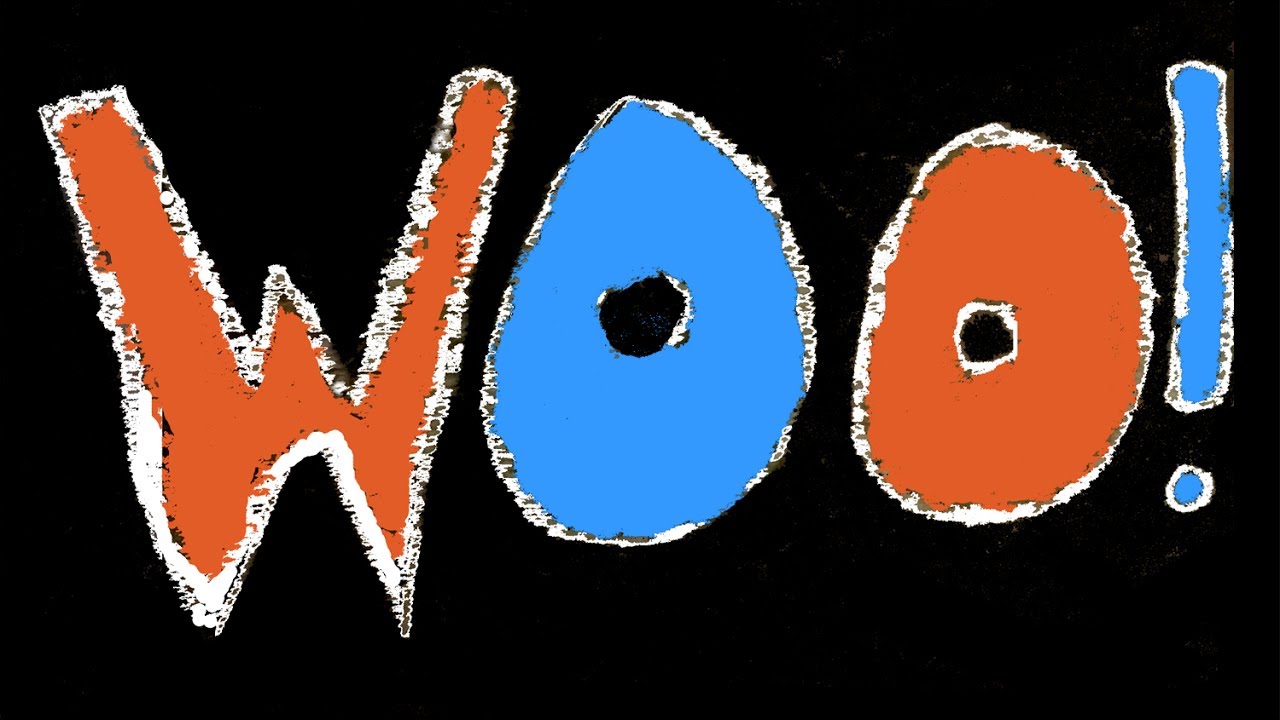 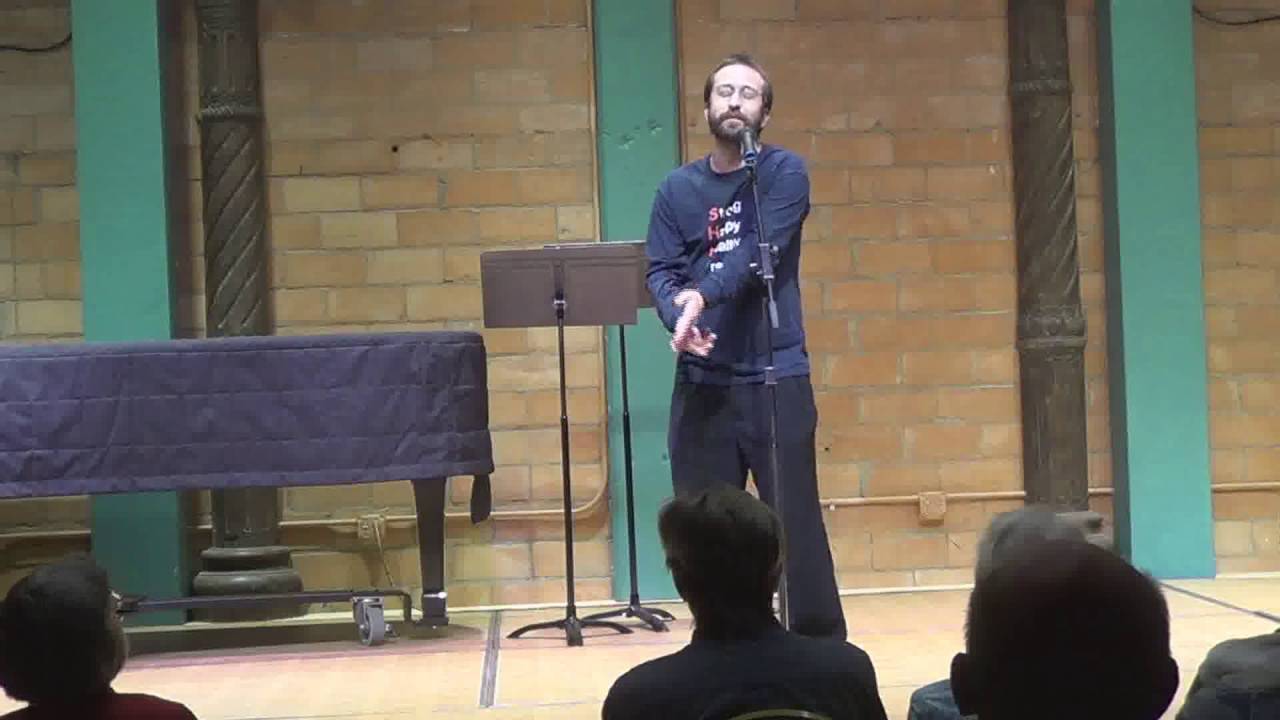 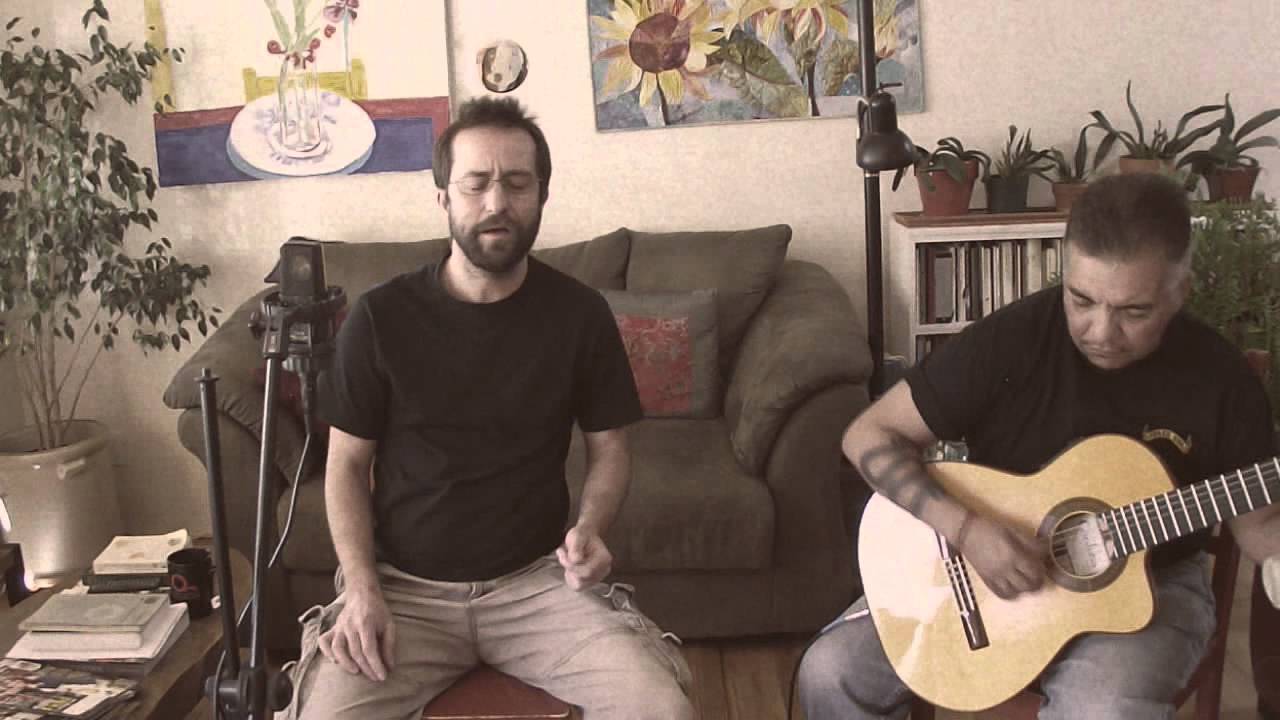 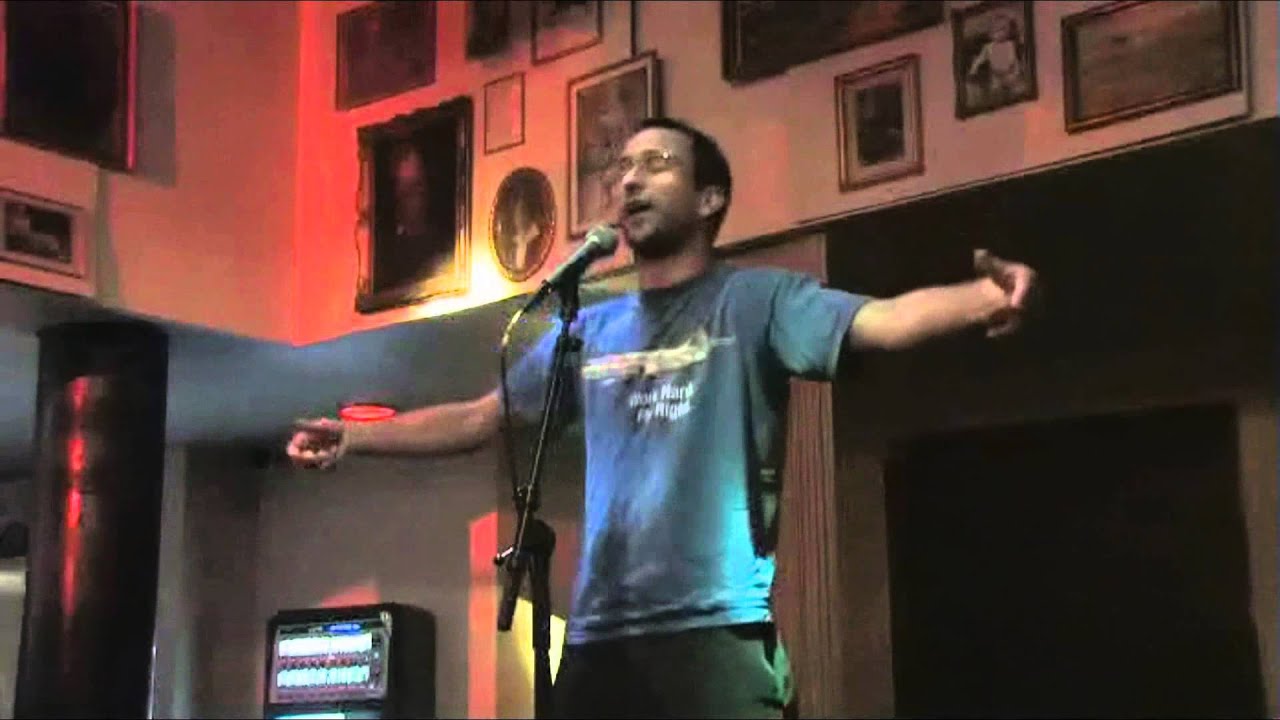 Be You
Aaron J. Trumm 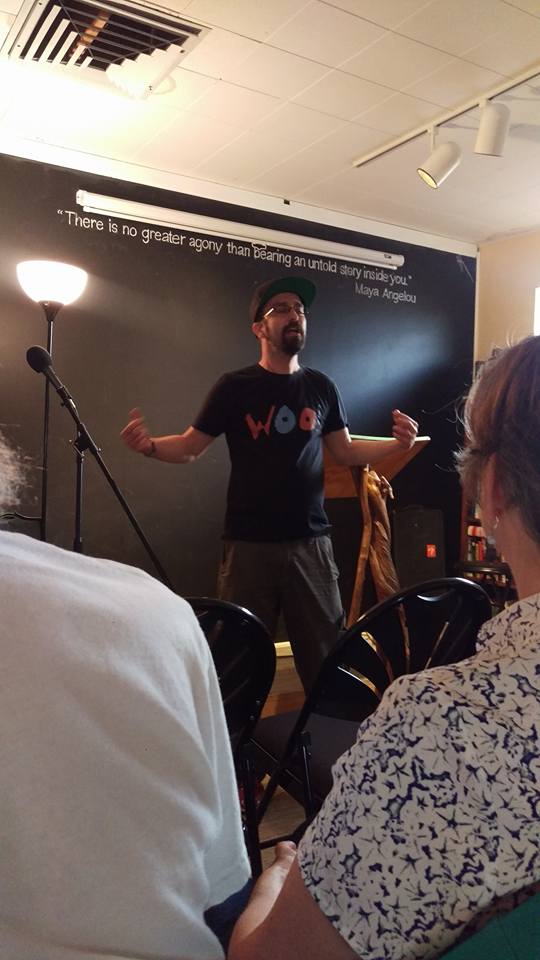 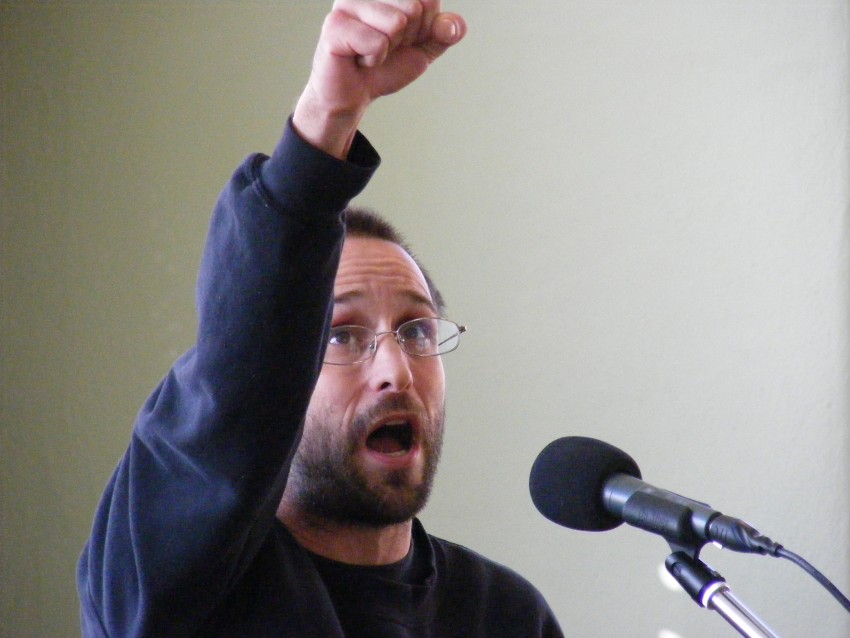 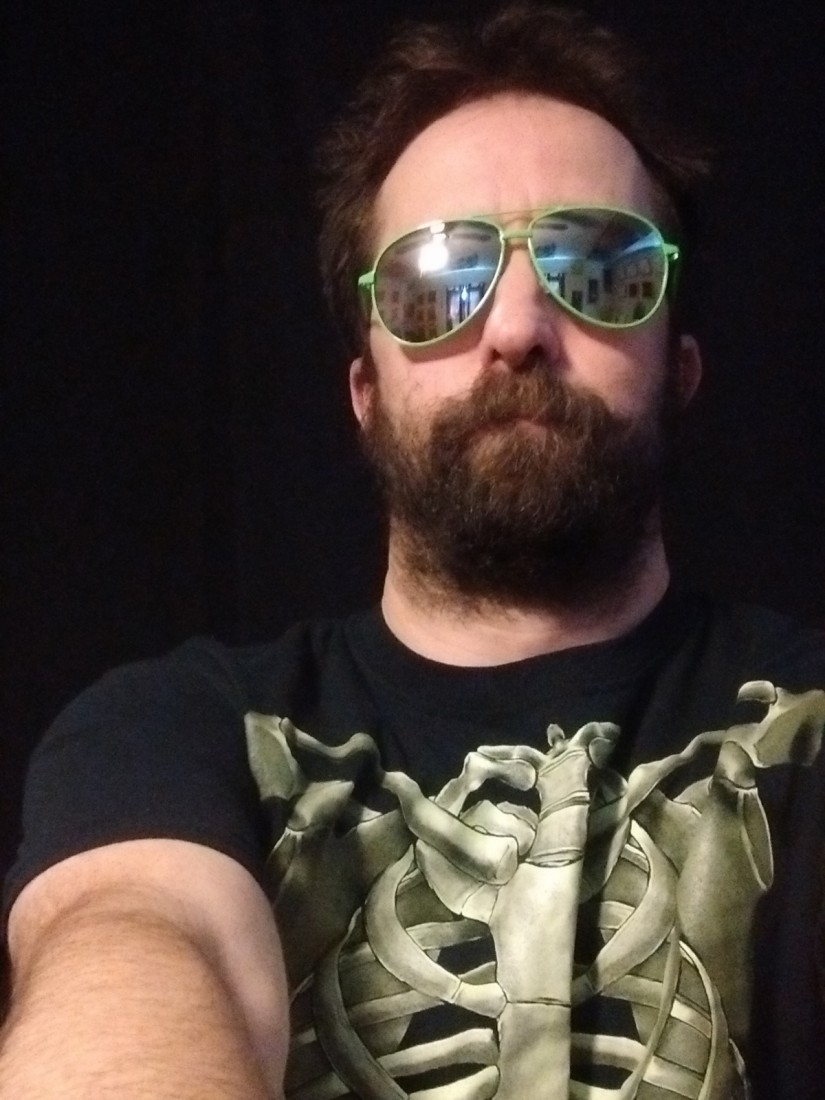 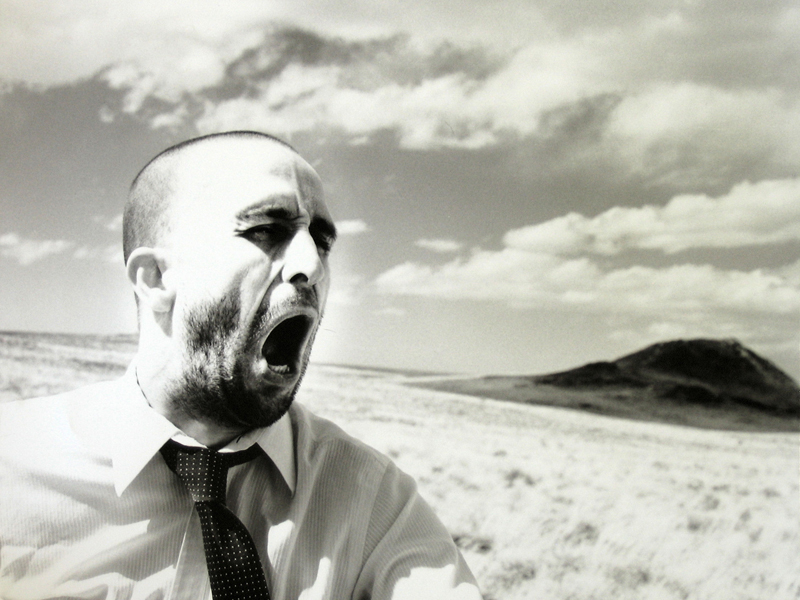 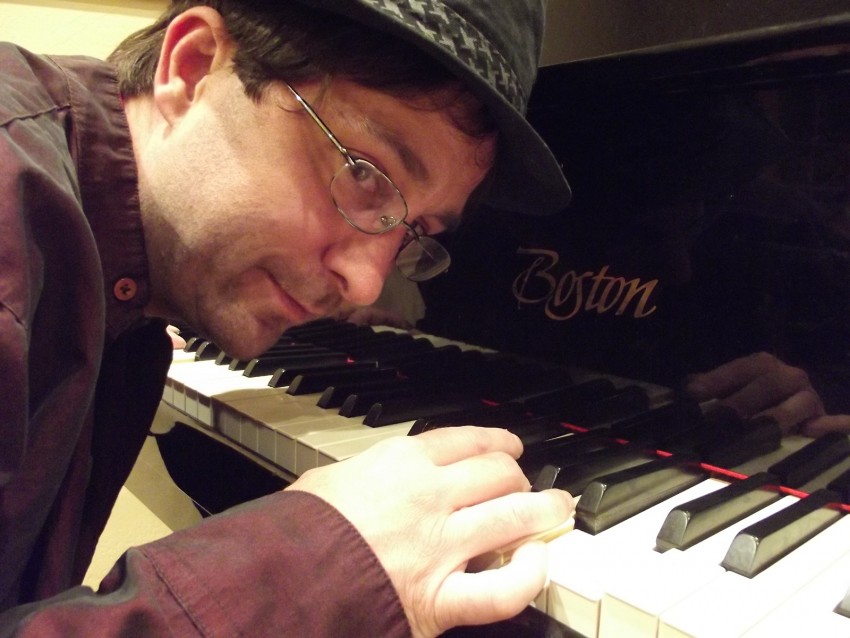 Aaron J. Trumm fuses elements and becomes something wholly new – a rappin, rockin, blues man, lover AND warrior, who will move between rapping and singing even within lines, and is equally at home behind the mix desk as he is behind the piano or the mic.

Be the first to review Aaron J. Trumm

If I can, I like to adjust to the space. I love intimate venues where I can connect, do some poems, do some songs, and lately I've been working on more stuff that I can pump up the volume with.

I don't have a band, but if the gig is right, I can bring on some people. I actually love getting in front of a band.

My main instrument is my voice and words, and I play piano and sometimes trigger beats and whatnot like a pseudo DJ.

I like to do a short, sweet set and then spend time talking with people.

What I don't do is a whole lot of covers. Every once in a while I might put one in a set if it's inspiring, but I'm definitely not a cover player, because I'm just too busy writing and recording to learn other material! :) I'm probably not the right person for a human jukebox kind of thing. I'm more interested in putting on engaged, connected shows which are moving, fun and inspiring. :)

Generally I like early events, as I get up early in the morning and head to the studio every day.

Aaron J. Trumm grew up in Taos, NM, a mountain town and artist community ripe with creativity, snow and contention. His father played guitar and trombone in bars and clubs, and Aaron grew up loving old country and hip-hop. He hit the stage first at age 13, when his blazing memorized rendition of Martin Luther King, JR’s I have a dream speech drew school officials running down the hall. He was a four sport athlete in high school, playing football, soccer, track and ice hockey, and has been a practicing martial artist since age 5.

All that time, Aaron was defying death, doctors and odds, until in 2013 he received a double lung transplant, which, if you haven’t done it, is an experience like none other. Aaron actually ENJOYED it. He relished the pain, hard work and transformation, and is now back in the mix with a whole new attitude.

Along the way, Aaron has been on stage everywhere in the U.S. and some places outside. He was the 10th ranked slam poet in the world, his techno/classical fusion project Third Option was called “Wicked, totally amazing” by BBC Radio I’s Annie Nightingale, he earned a Master’s degree in “Music, Science and Technology” from Stanford University, and he built NQuit Music, which at 23 years old, is now one of the oldest still operating independent labels in the U.S.

Aaron has opened for Ani Difranco, Buddy Wakefield, Sage Francis and Saul Williams and has recorded with countless musicians in tons of genres – he even cut his engineering teeth recording Zimababwean musicians from the great Thomas Mapfumo’s band!

In Aaron J. Trumm’s 23 years in the studio and on stage, the theme that continues to come up is “balance”, or as some would say it, “fusion”. He balances dark with light, with lyrics balancing edge with positivity; he balances new with old, putting modern twists on traditional methods, like putting rap and singing on top of a live band; and he balances life, refusing to let dreams go by the wayside, while simultaneously prioritizing health, family and life outside of art.

Aaron’s influences are wide and varied, from The Roots, which he loves because they continue the oldest hip-hop tradition of honest, creative story telling without all the gangster posturing, to Rage Against The Machine, who called to Aaron because they’re revolutionaries who can rock, to Johhny Cash and Bob Wills, who remind him of his roots, but buck the stifling traditions and closed mindedness of the country establishment, and were constantly looking to collaborate with people outside their box. He fuses these elements and becomes something wholly new – a rappin, rockin, blues man, lover AND warrior, who will move between rapping and singing even within lines, and is equally at home behind the mix desk as he is behind the mic or the piano.

As one reviewer said, “Aaron’s blending of hip-hop beats, rock n roll riffs, R&B melodies, rapping and vocals makes his music part of the un-genre typified by artists such as Gorillaz and Stereo MCs, as well as Digital Underground, Outkast and The Roots (for old skool junkies).” Throw in a dash of Cash and De la Rocha, and you have Aaron J. Trumm.

In “Livin Is Bling”, Aaron’s rhythmically complex raps say in no uncertain terms that he won’t be stopped, and hopes you won’t either. He invites you to “sing it with me if you think that livin is bling”. Life is GOOD, and don’t you forget it! “Be Like Me”’s lively rap and reggae like chorus admonishes us all to be what we are, and in “Slumberland”, he takes on heartbreak, loss, desperation and the surreality of someone being gone.

Aaron’s latest work seeks balance and life, drawing on this wide variety of influences which seem completely eclectic, but he sees as similar. The Roots may not be anything like Rage Against The Machine to you, but to Aaron, they’re both rappers and revolutionaries who decided to put a good ‘old fashioned BAND on stage. Neither of them may seem like the Man In Black, but to Aaron, they’re all standing on the shoulders of the jazz greats, country crooners, blues masters and hip-hop pioneers, all of which are telling the story of living, breathing and lifting up.

Stage plot depends on the event. My solo set up is keyboard and often a laptop - 2 stereo channels, and two vocal mics (so I can step out from behind the keyboard).

I much prefer a STEREO setup.

I DO NOT EVER do smokey rooms. I'm a lung transplant survivor :)

For small gigs, I can provide my own sound, but it's better if I link to the house.

For bigger band gigs, get in contact so we can talk about it!