I want to hire Disco Bands in Greensburg, PA

1. Browse Disco Bands in Greensburg and contact your favorites

Booking a Greensburg Disco Band through GigSalad offers you extra protection you can’t get anywhere else. You can rest easy knowing that your payment is secure, and that we’ll have your back in the event of any trouble that may occur. Learn more

Gary K. said “This group had us up and dancing. The bend of the music and the vocals is great and the harmonies were tight. When it was time for each vocalist to sing…” 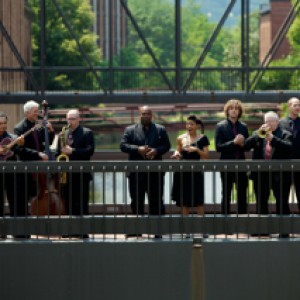 Thomasina W. said “Johnny and his band were a great hit at the car show. Most car shows do not have a live band, but we did. Weddings are definitely NOT the only thing they…”

You are viewing
Disco Bands in Greensburg, PA

Does the mention of Disco bring to mind the image of John Travolta in a white pant-suit? Or maybe you now have the Bee Gees' Stayin' Alive playing in your head. Well bust out the Disco ball, book a Disco band, and get ready to time travel back to the 70s to have a Disco dance party! With the right Disco band you'll be ready to Get Down Tonight, Shake Shake Shake - Shake Your Booty, and maybe do a little Kung Fu Fighting. So book one of these great Disco bands and do the Hustle! Search for Disco Bands in Greensburg, Pennsylvania above.