The Best 1980s Era Entertainers for Hire in Haverhill, MA

1. Browse 1980s Era Entertainers in Haverhill and contact your favorites

Booking a Haverhill 1980s Era Entertainer through GigSalad offers you extra protection you can’t get anywhere else. You can rest easy knowing that your payment is secure, and that we’ll have your back in the event of any trouble that may occur. Learn more 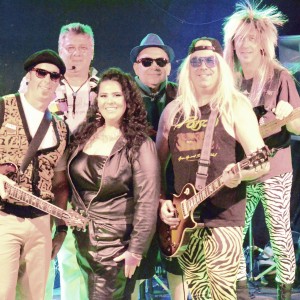 Kristen B. said “Adam was amazing. We booked him for my Mom's 70th Birthday party. He played a nice variety of new and old songs that kept everyone entertained. He is…”

Sheila L. said “Rod was AMAZING! We hired Jay for a surprise at my sister in laws bridal shower. He was so fun & entertaining! The guests were so surprised &…”

In the past year, 1980s Era Entertainers have sent 701 quotes to event planners

You are viewing
1980s Era Entertainment in Haverhill, MA

Contrary to some beliefs, the best thing about the 80s wasn't the leg warmers. It was the music (duh)! Madonna, Foreigner, and Journey - oh my! The era of the music royalty: King of Pop, Prince, and Queen. And of course, the number no one could get out of their head: 867-5309. The 80s was full of classic rock hair bands and pop greats. Gotta give some love to the one-hit wonders of the 80s: Whip It, Tainted Love, and Come on Eileen. Come on, who doesn't love the 80s!? Book one of these 80s acts today! Search for 1980s Era Entertainment in Haverhill, Massachusetts above.