I want to hire 1970s Era Entertainment in Southfield, MI

1. Browse 1970s Era Entertainers in Southfield and contact your favorites

Booking a Southfield 1970s Era Entertainer through GigSalad offers you extra protection you can’t get anywhere else. You can rest easy knowing that your payment is secure, and that we’ll have your back in the event of any trouble that may occur. Learn more 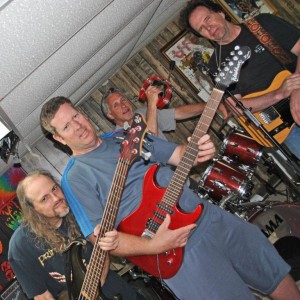 James F. said “I cannot express enough how wonderful of a time we had because of booking Denise Davis and the motor city sensations. They even took the time to learn…”

Nick P. said “The 1's & 2's played our wedding at the Colony Club in Detroit. We could not have been happier with their performance. Brendon was our point of contact…”

Cherie B. said “Danny D and The Vagabonds rocked the house! The Blue Goose was at capasity and everyone was dancing, drinking and having a blast. Thank you Danny D for…”

Jim R. said “Jeff performed at a family event - an outdoor birthday party . He did a fantastic job. Jeff communicated, well, was timely. We had asked for a soft rock…”

Pat N. said “Dusk - what a duo! We were pleased to have them perform at our local Christmas Parties for our condo association and also for an event Don't Skirt the…”

"Changing The World With Other Peoples' Music!" Since 2002, 56daze has been exciting audiences all across Northern Ohio, Southeast Michigan, and Northern…

You are viewing
1970s Era Entertainment in Southfield, MI

Who knew there were so many types of rock: hard, soft, reggae, punk, heavy metal - whew! That's a lot of rock! Get all this and more with these 1970s acts. In the midst of all this rockin', the 70s were the heydays of Disco fever and Motown's Jackson 5. So whether you want to rock out with KISS, do the Disco with John Travolta, or learn your ABC's and 123's with the Jackson boys, the 1970s got you covered! So book one of these great 1970s Era Entertainment acts for your event today! Search for 1970s Era Entertainment in Southfield, Michigan above.