Booking a Palm Bay 1950s Era Entertainer through GigSalad offers you extra protection you can’t get anywhere else. You can rest easy knowing that your payment is secure, and that we’ll have your back in the event of any trouble that may occur. Learn more

Julie D. said “Elvis and his wife made the planning easy and non stressful for me. They had everything taken care of. I didn't have to lift a finger. They were pleasant.…”

Rachel A. said “WOW! What amazing talent these ladies have!! They were so professional, kind, and our residents were so impressed and thrilled to have these ladies perform…”

Cindy S. said “I gave this show to my step-mom for her 80th birthday and she LOVED it. Mark and his wife were wonderful to work with. I cannot thank them enough for…” 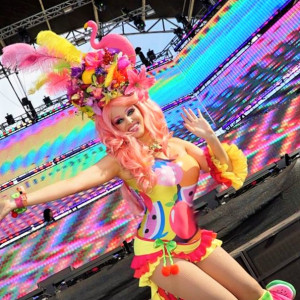 Adam V. said “Very professional. Costume was outstanding and performer was very interactive with our guests.”

You are viewing
1950s Era Entertainment in Palm Bay, FL

Some things to consider when hiring 1950s entertainment are to make sure you listen to audio and watch video clips of the performer/group. This will ensure that you truly do book the best for your next event! Next, you want to get references. Talk to people in the area about the performer and get feedback. Finally, get a contract. Many professional performers require a deposit to secure them at your next event. Make sure to read through the contract carefully before contracting their services for your party. Search for 1950s Era Entertainment in Palm Bay, Florida above.