I want to hire 1940s Era Entertainment in Southbridge, MA

1. Browse 1940s Era Entertainers in Southbridge and contact your favorites

Booking a Southbridge 1940s Era Entertainer through GigSalad offers you extra protection you can’t get anywhere else. You can rest easy knowing that your payment is secure, and that we’ll have your back in the event of any trouble that may occur. Learn more

The Company Bees are a trio based in RI that recreates the era of the 1940s through song and story. We perform over 20 songs that were written or made popular during…

Sandy said “What a great day !! Everyone loved the show can't Thank you enough”

David S. said “This is a great band! I've seen them countless times at dinner dances, weddings, concerts, New Years' parties, festivals......I go out of my way to hear…”

Alison M. said “Played for our wedding as a trio and provided the ideal mood for our intimate wedding reception.”

Michael P. said “I had a simple request that turned out to not be so simple: sing a couple songs while I proposed to my girlfriend. Wendee was nothing but professional,…” 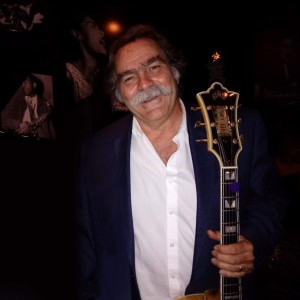 Beth A. said “Fantastic, Professional musicians, The best, you can not hire anyone better Their music is beautiful, They made the party, And Bela is a wonderful person,…”

Nancy B. said “I highly recommend George Lyons if you are looking for some good music and entertainment. He is professional, lots of fun and very talented. I hired George…”

In the past year, 1940s Era Entertainers have sent 315 quotes to event planners

You are viewing
1940s Era Entertainment in Southbridge, MA

Ah, the music of the 1940s! Enter Bing Crosby, Glenn Miller, The Andrews Sisters, and the early days of Frank Sinatra. Bring the big bands, be-bop, jazz, and patriotic music of the 40s to your event. This is the era of music that led to the birth of rock 'n roll. So whether you're planning a patriotic event, birthday party, or dinner party, one of these great 1940s Era Entertainment groups is ready to please. So what are you waiting for!? Let GigSalad help you bring the music of the 1940s to your event! Search for 1940s Era Entertainment in Southbridge, Massachusetts above.