Back to Tribute Artists 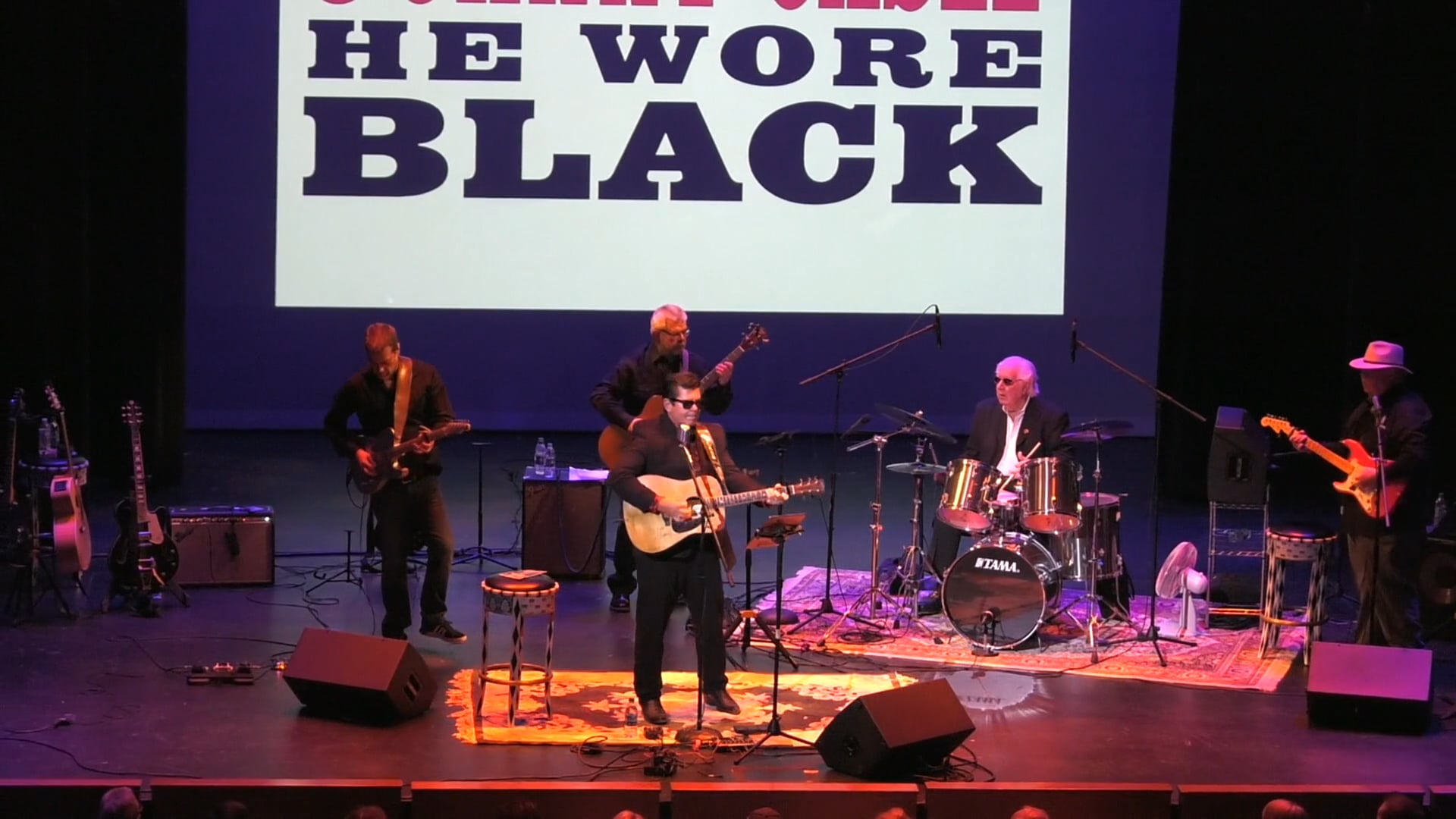 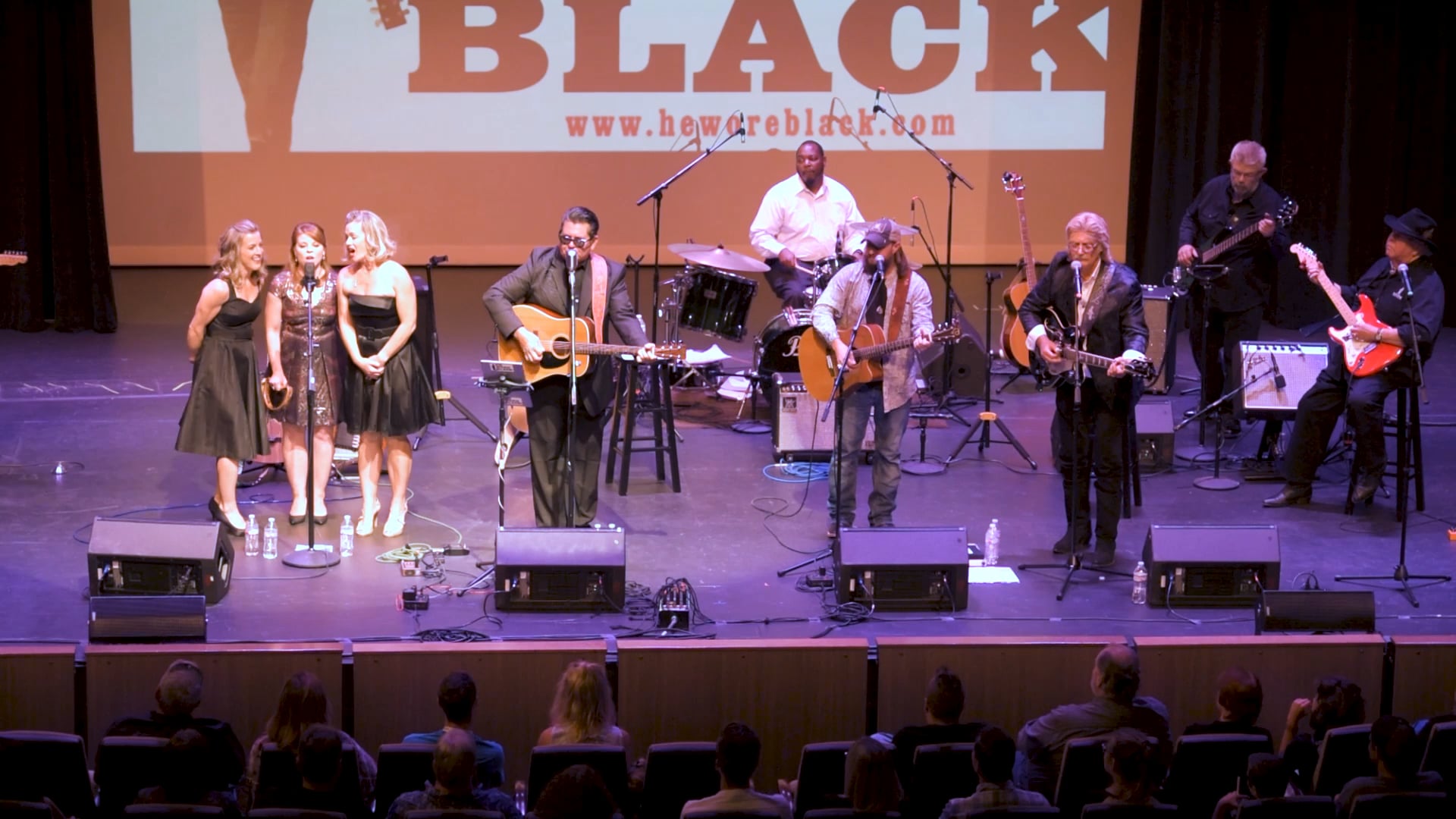 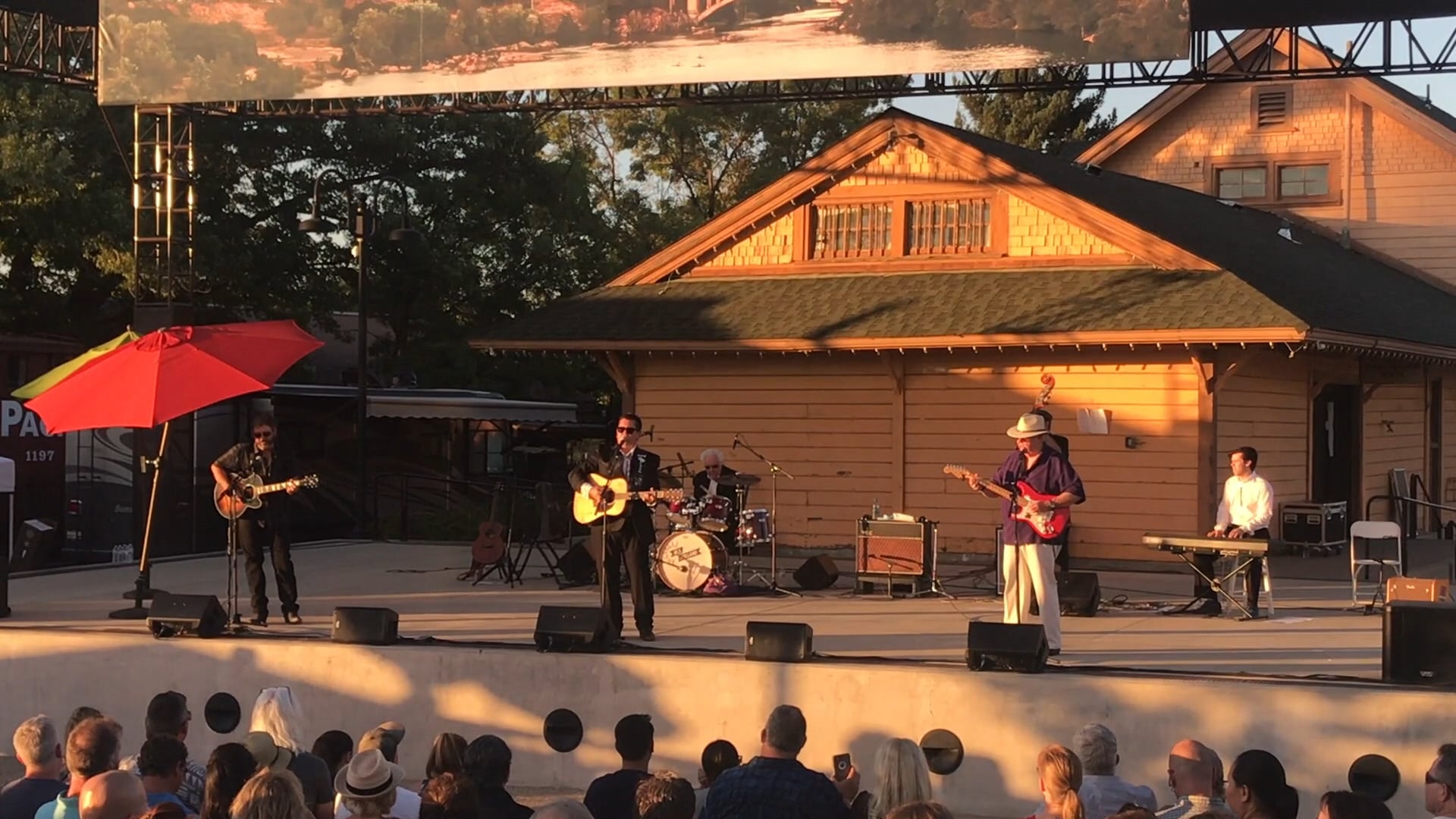 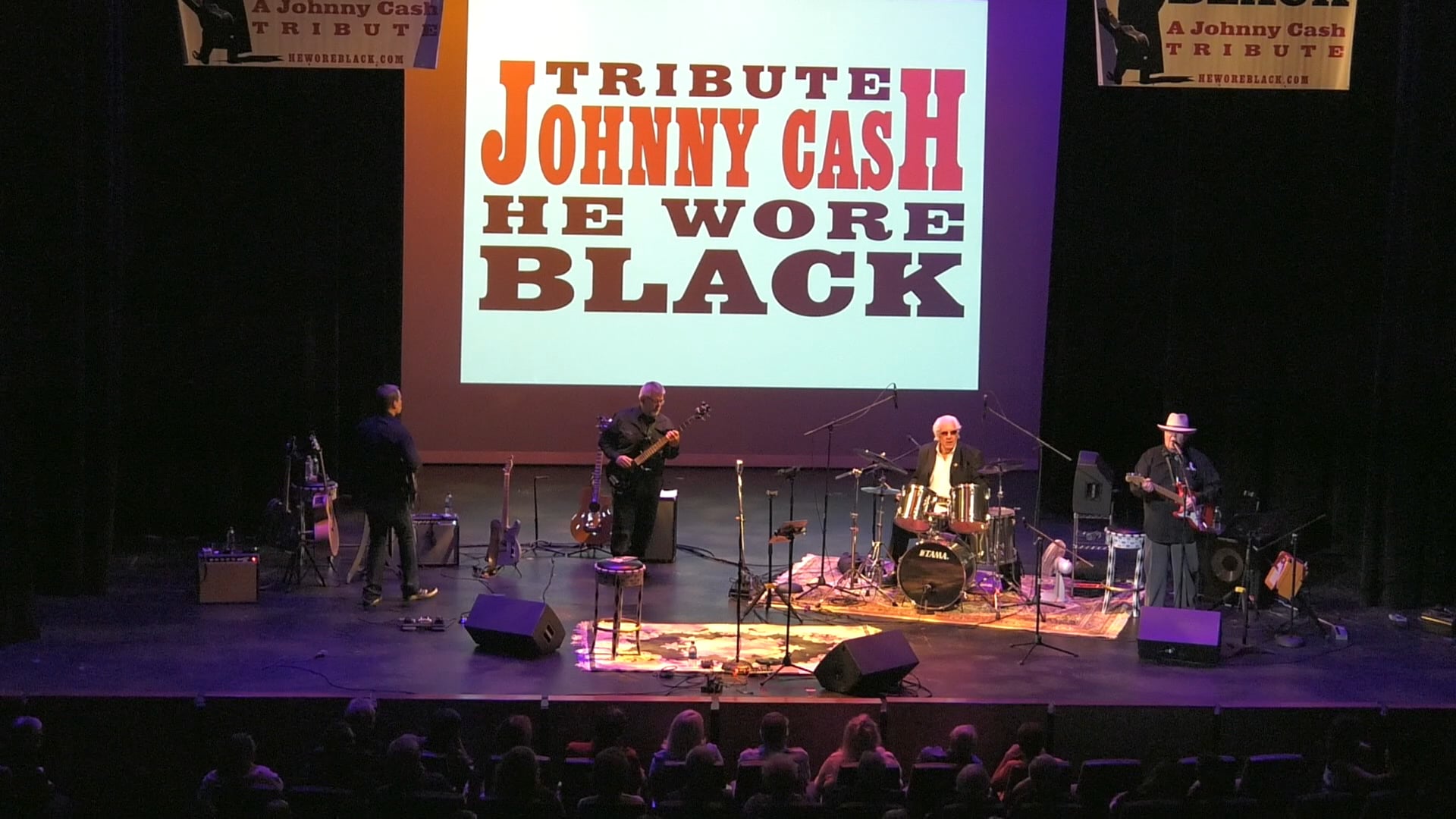 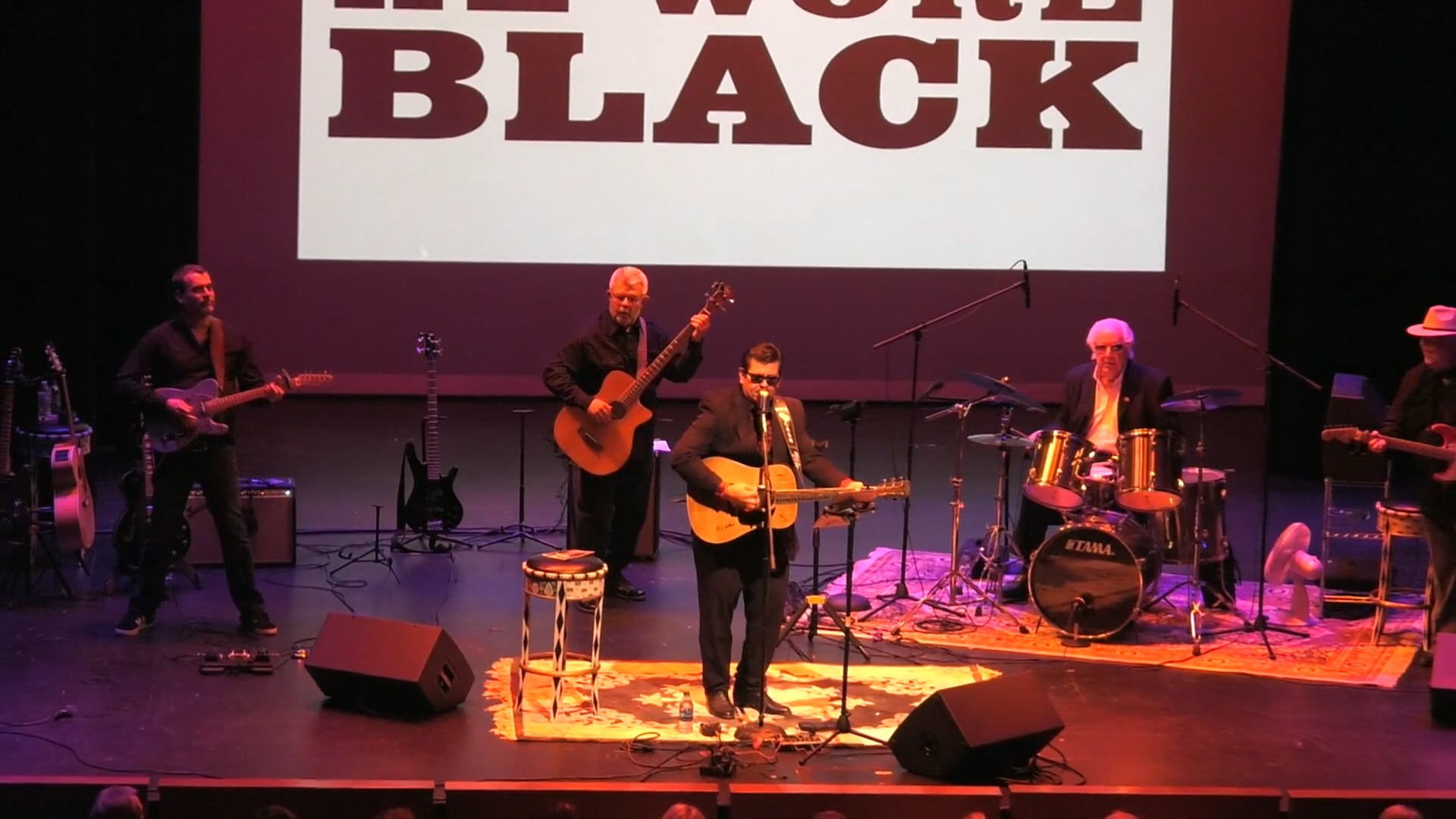 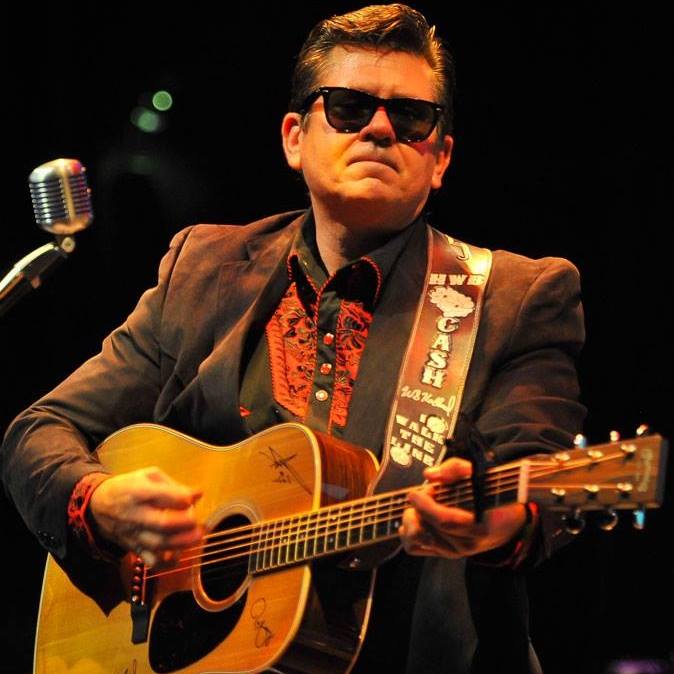 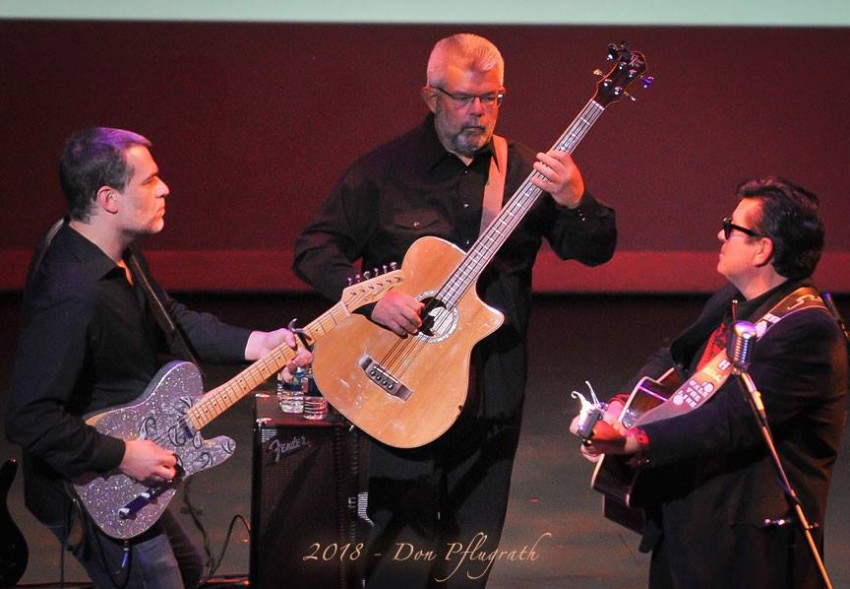 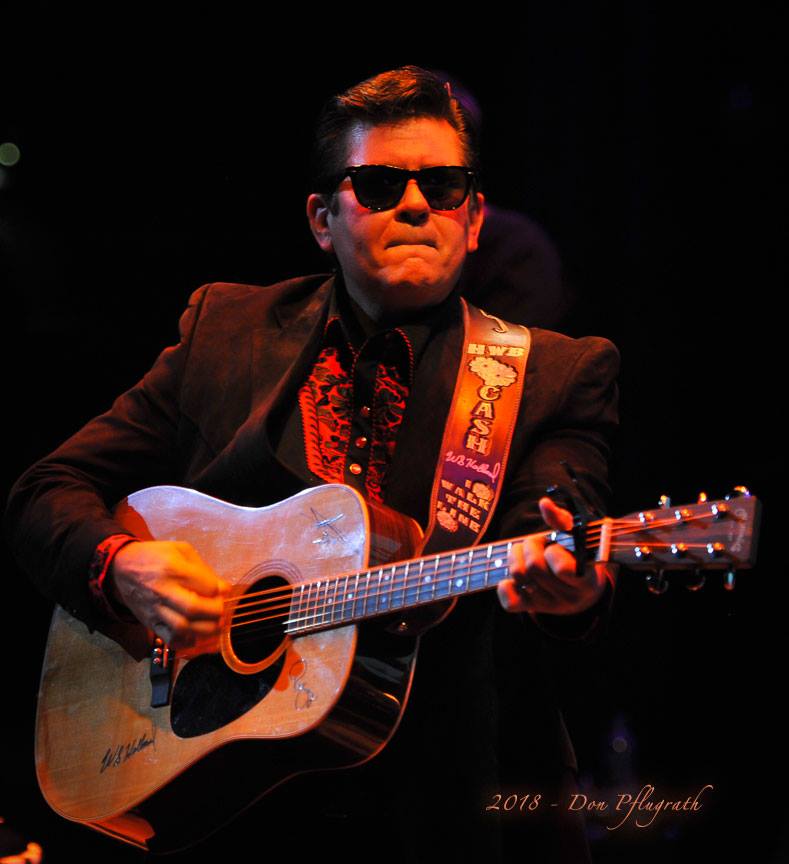 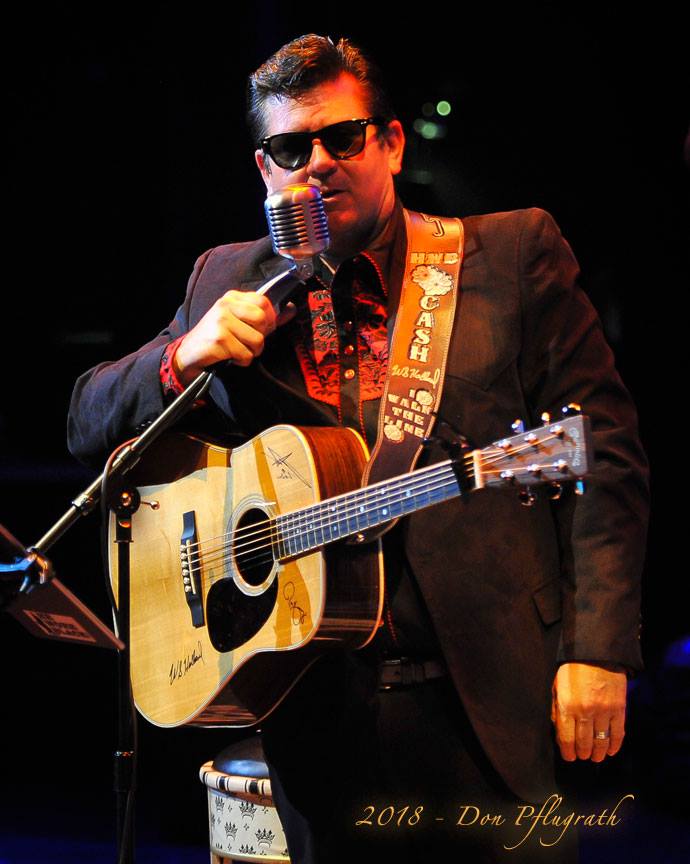 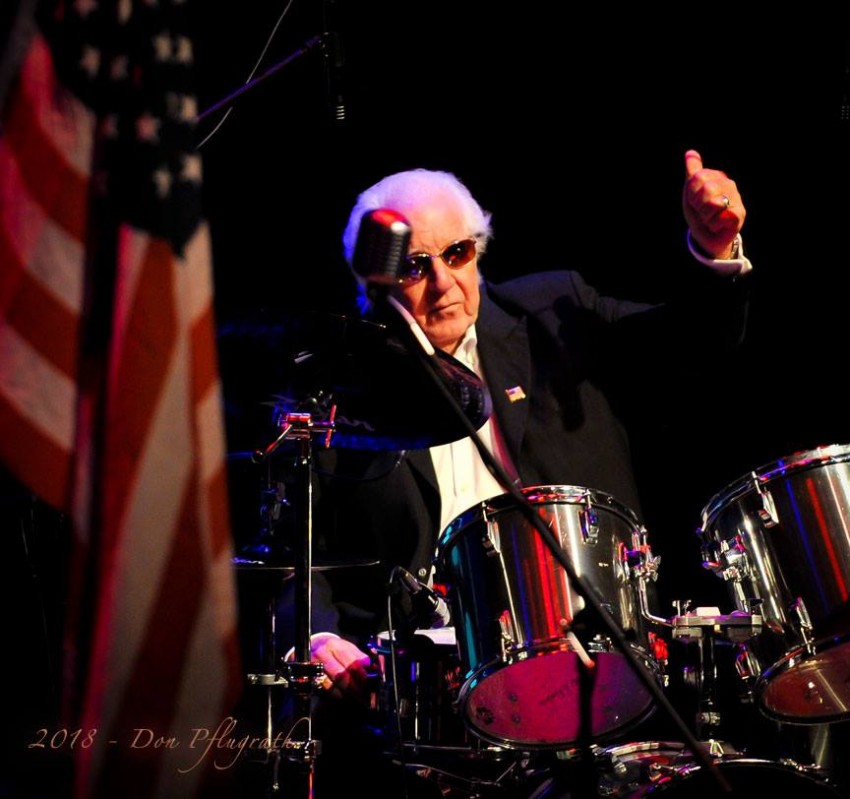 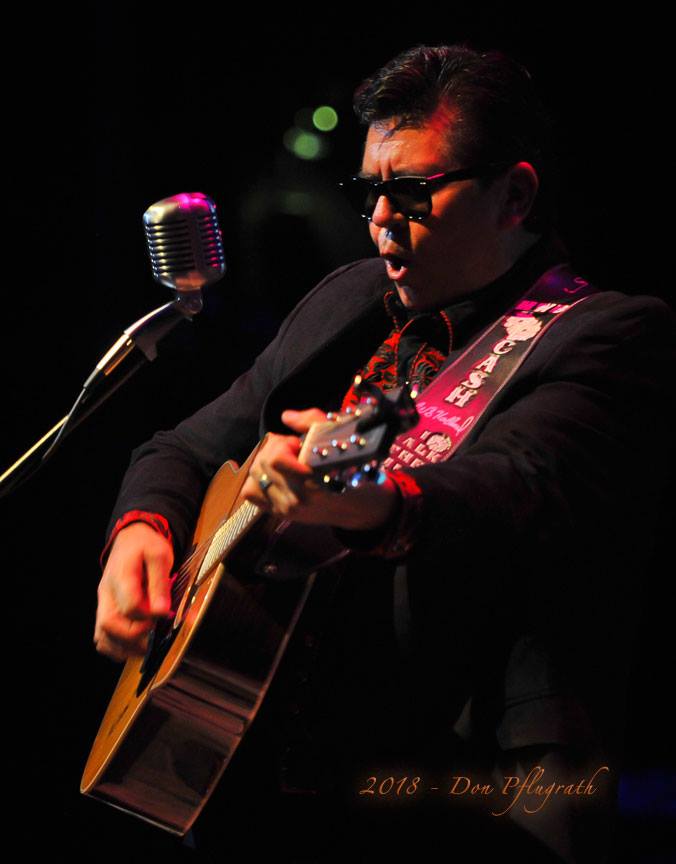 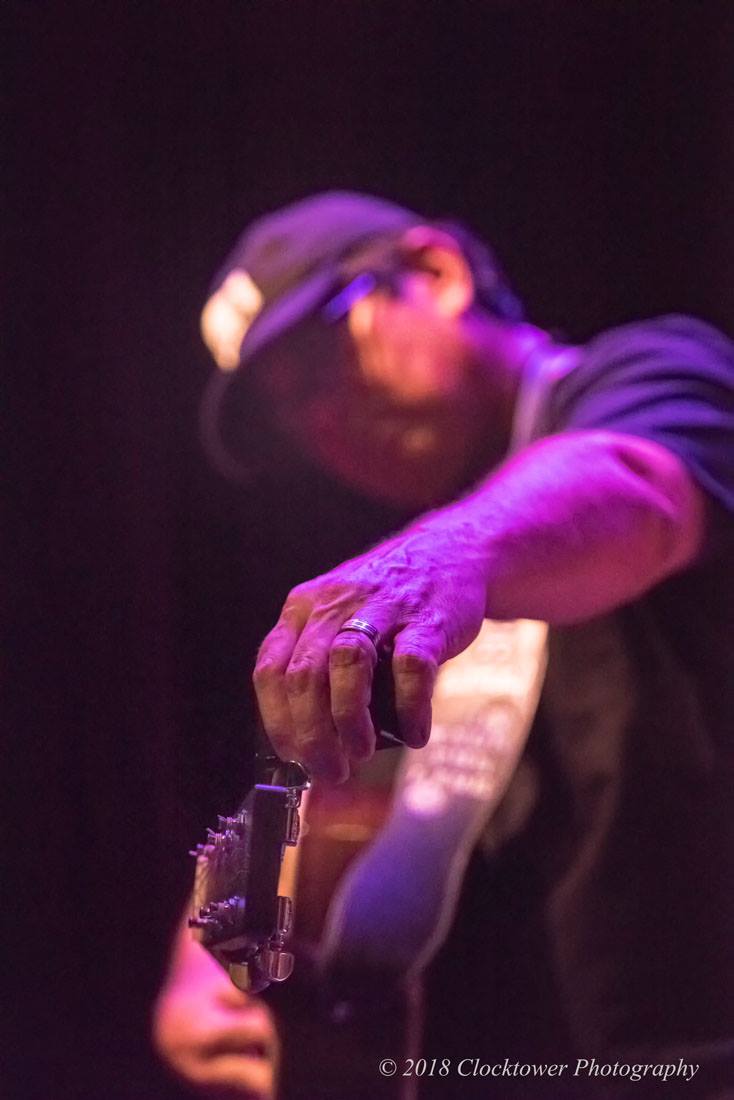 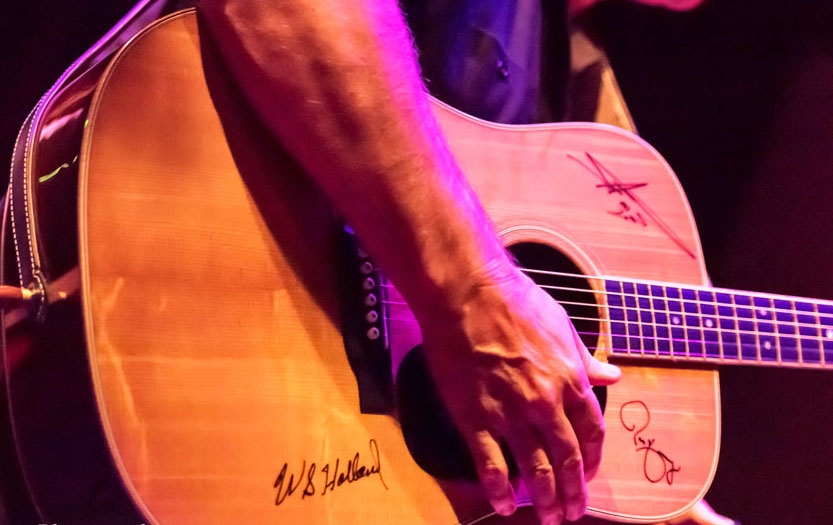 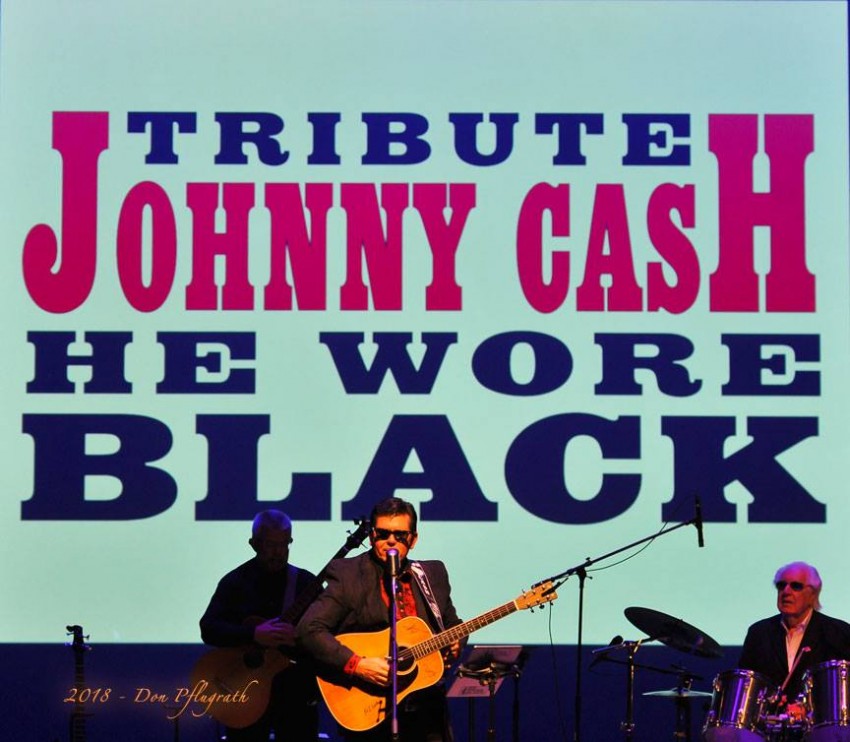 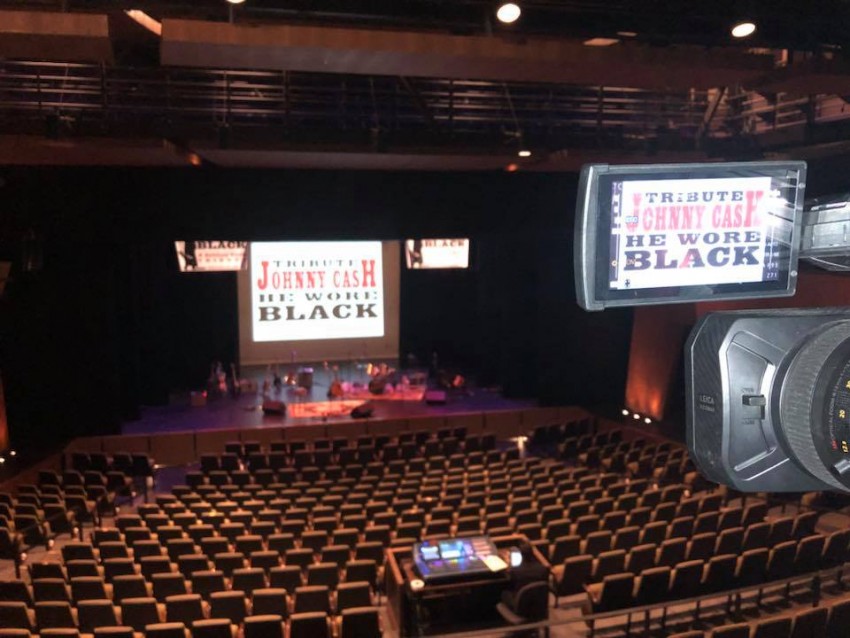 The vision for this show is a musical journey to not only entertain but educate about Johnny Cash. He Wore Black, A Johnny Cash Tribute is unlike any other, this show consistently receives rave reviews. David (Denver, Colorado) can perform an “unplugged” version of his full production show as a solo performer or duo, with guitarist and vocalist, Ron Haney (Jackson, TN). Whether you choose a small, medium, or large production of this show, your audience is sure to be entertained and engaged.

Travel & Expenses are above and beyond our normal performance fee. Air travel, with United or combined partner airlines unless otherwise agreed to.

This is an amazing tribute to Johnny Cash. The stories are true and the renditions honor the legend.

Response from He Wore Black, a Johnny Cash Tribute:

Thank you for your review of our show!!

A Great Tribute to the man In Black Johnny Cash

Love your music and when you sing Johnny looking forward to the new CD.

Response from He Wore Black, a Johnny Cash Tribute:

He Wore Black, a Johnny Cash Tribute comes in a variety of sizes.

Our full show typically runs 2 hours. What the audience will get is a real, honest view into life on the road with Johnny Cash as told to David by WS “Fluke” Holland, Cash’s drummer for nearly 40 years. The audience will be taken on a musical journey through Cash's accelerated success in the business all the way to the 90s when Rick Rubin started working with him.

Booking dates still available this year, contact us to reserve your date

Like so many others, David Chapa grew up on Johnny Cash and became a fan at a very young age. Cash was his inspiration to play guitar and sing. He has been playing for over 35 years, and professionally for the last 25 years.

Over 15 years ago he started contemplating a Johnny Cash Tribute show, not another impersonation, but a real tribute that takes the audience on a musical journey from Dyess, Arkansas to Memphis, Tennessee, Nashville, Tennessee, California, New York, Israel, and beyond with brief narrative interludes in between.

The idea formalized through conversations with Bill Lynn, a dear friend and former studio drummer for Elvis Presley, who he met while living in California. By 2005 Bill had a club in Bogota, Columbia called Legends and Superstars, where Chapa was to play this tribute back in 2006, but Bill sadly passed away early January of that year. However, it was the long conversations with Bill Lynn who said, "don't do to Cash what so many others have done to ELVIS PRESLEY. The impersonations really tarnished the artist. Just perform Johnny's songs, and tell his story at the same time while being yourself and not Johnny, because, like Elvis, there will never be another Johnny Cash".

"David Chapa's He Wore Black: A Tribute Concert to Johnny Cash is running over with wonderful memories of The Man in Black. David's spot on performance of each legendary Cash song takes me back to so many treasured times during my nearly four decades working with John. He Wore Black is a "must see" event you will never forget" -- WS "Fluke" Holland / drummer for Johnny Cash

"We work with Johnny Cash tribute artists around the world year after year, but no artist we know puts the time, dedication and talent into their shows like David Chapa. David's love, respect and honor for Johnny Cash's iconic legacy shows through with every song performed, story shared and each minute detail of the entire event that makes this tribute one destined for greatness. Well done, David Chapa. Boom Chicka Boom Forever!” -- Ron Haney / music director/guitarist for WS "Fluke" Holland

WS "Fluke" Holland started his career in 1954 playing drums for the great Carl Perkins, and played for nearly 40 years with the American icon, Johnny Cash.

Ron Haney, lead guitar and the music director for the WS Holland Band, lends his powerful guitar licks and vocals to He Wore Black, adding to the authenticity of the sound and feel of a Johnny Cash show. Ron has been in the music business for 50 years, and has played with some of the greats in country and rockabilly music. For years he toured with a gospel group out of Jackson, TN until he met up with WS Holland 11 years ago and formed the WS Holland band.

Requirements:
Staging, stage lights, spotlight (optional, but recommended), sound (16 channels minimum, 32 preferred), trained sound engineer, stage monitors for all musicians. If the client would like to include our multimedia presentation of photos and memorabilia during the show, a projector with HDMI and projector would be required. Depending on where we are traveling for your event, a drum kit and amplifiers will be required. This can be discussed prior to booking.

Short sample of songs, some Cash inspired originals as well