Yesterday- A Tribute to The Beatles 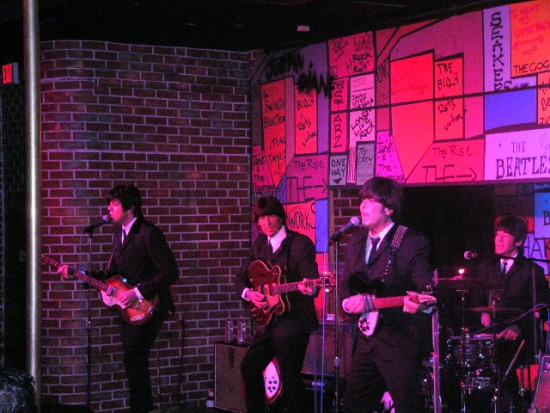 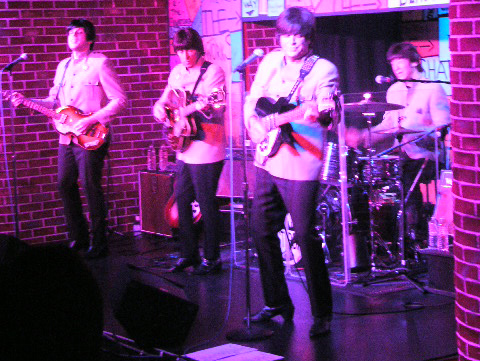 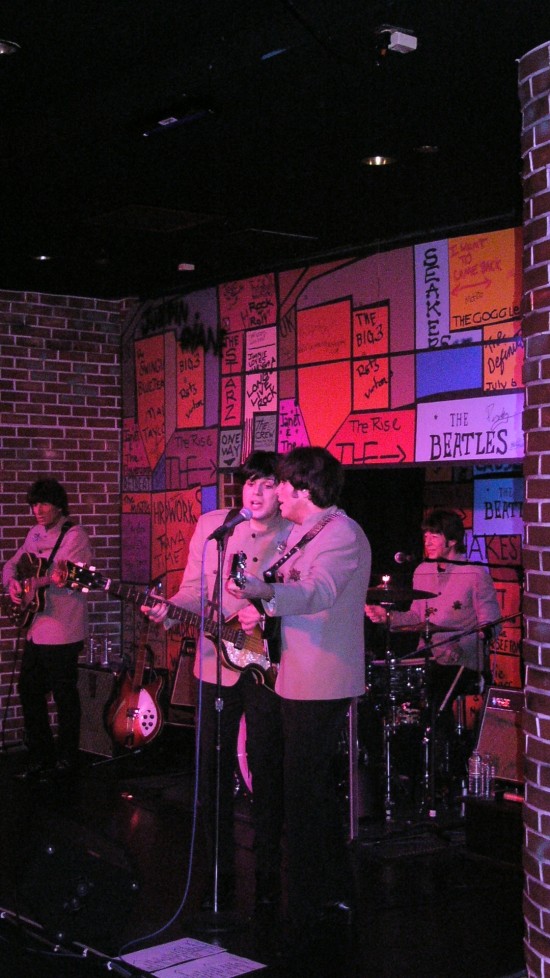 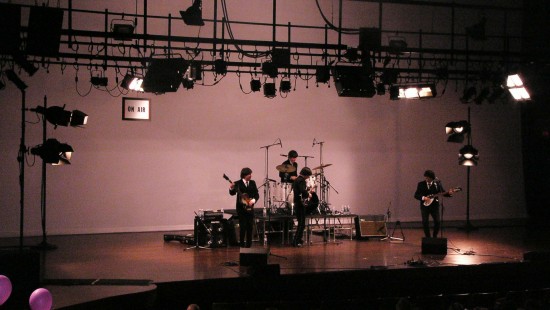 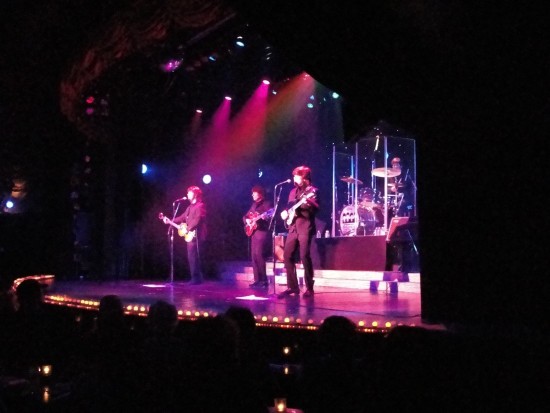 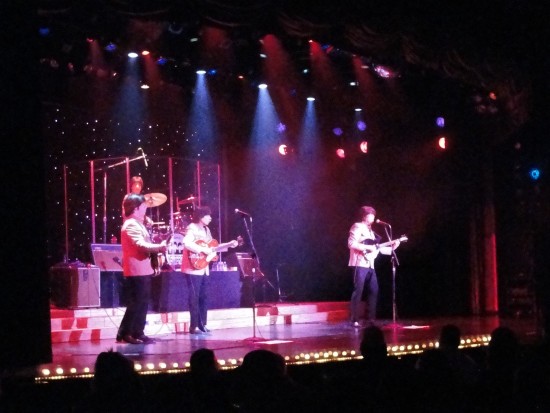 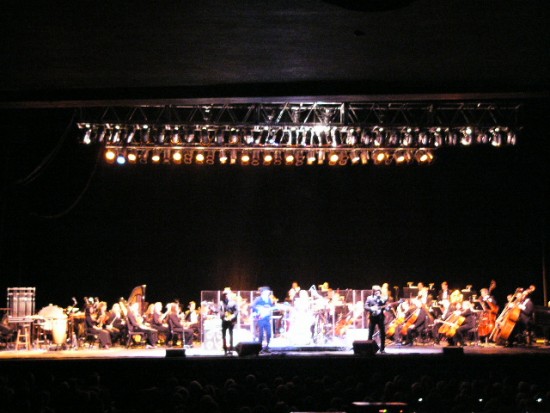 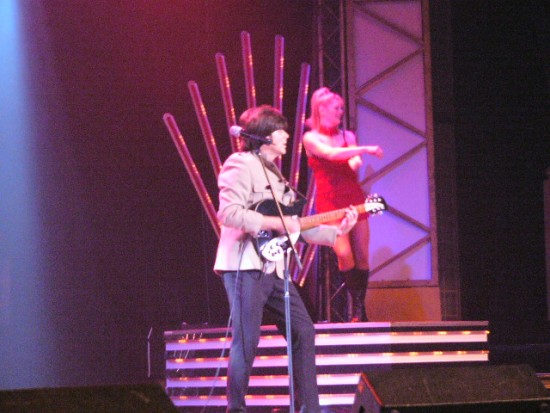 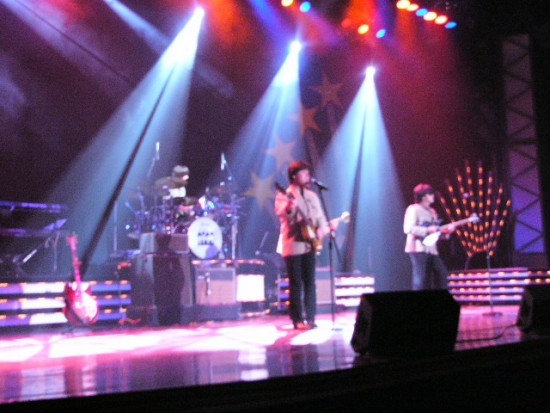 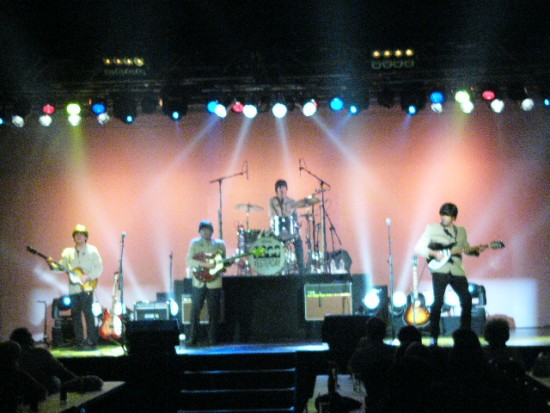 Las Vegas Based Yesterday- A Tribute to The Beatles is the Resident Beatles Tribute Show Band for Legends in Concert in Las Vegas, Branson and Legends venues through out the country.
Internationally touring, Yesterday's show, 'The British Are Coming! has been performed in Casinos, Theaters and Venues world wide.
Founded by John Lennon impersonator, Don Bellezzo, and joining forces with Las Vegas' Yesterday Productions, Yesterday Beatles Tribute Show Bands perform their critically acclaimed show 'The British Are Coming !' depicting the Beatles "LIVE' concerts, world wide.

Beatles from Legends in Concert endorsed by Paul McCartney

Great act and easy with which to work.

Las Vegas Show Band Yesterday- A Tribute to The Beatles consists of 2 Show Bands and a Touring Cast and performed 'The British Are Coming!' Live in The Liverpool Club at the Tropicana Hotel in Atlantic City, New Jersey for an unprecedented three years.
Performing the Beatles since 1986, Las Vegas based Yesterday tours not only in the U.S. but Internationally. With seven tours of Japan, dozens more to Canada, the Philippines, Hong Kong, Bahamas, and United States military bases throughout the World, these Entertainers have performed on five continents.
Yesterday has been featured on radio and television, and in magazine publications. Among these are Showbiz magazine,Rolling Stone Magazine, NBC, CBS, and ABC, Dick Clark’s “Your Big Break” and Ed McMahon’s “Star Search”.
Invited by the U.S. Postal Service to entertain at the unveiling of the “Yellow Submarine” Postage Stamp, Yesterday performed at the prestigious Smithsonian Institute, Washington, D.C.
Performing over the last ten years with many of today’s most renowned Symphonies in their “POPS” series, Yesterday provides charts for a 50 piece orchestra with scores for such Beatles classics as “Something”, “A Day In The Life,” “Penny Lane” and “Sgt. Pepper”.
Performing with “Legends In Concert,” the world’s premier and longest running tribute show, Yesterday performs at the Imperial Palace Hotel and Casino, Las Vegas, Nevada and Legends Family Theater in Branson, Missouri.
Yesterday is featured with other Las Vegas celebrities on video at McCarran International Airport, welcoming all to the ‘Entertainment Capital of the World’… Las Vegas!

Yesterday’s touring cast continues to perform at theaters across the nation.
Expertly depicting all eras of Beatles music, members of Yesterday’s show bands and touring cast are among the top artist’s in today’s Beatle Tribute world.
A Yesterday Productions Presentation

Audio and Video Cues, Lighting Cues and Staging Information are available upon request.

Yesterday's Set list varies to include the numerious songs written by Lennon/McCartney and sung by The Beatles.

Technical and Hospitality Riders are available upon request