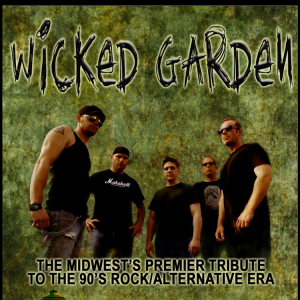 We can provide up to three hours of the biggest hits from these five legendary bands. Ninety five percent of the songs on our set list has made the top 10 or higher on the top 100 Billboard charts.

Wicked Garden features members of several successful Twin Cities bands, such as The Regime, & TNT a Tribute To ACDC, with several years of performing the cover band scene locally and nationally with great success.

Be the first to review Wicked Garden

Price Range: $600 and up depending on distance

They will witness an energetic, professional performance, with songs performed as close as possible to the original artists recorded versions.

Wicked Garden was formed in February 2010 with the idea that there are not many tribute or cover bands giving the 90's Alternative Rock fans a full set of songs from the five most influential bands of the era. Many bands specialize in one or two of these groups, but Wicked Garden provides a full set of huge hits from the first song to the last by playing songs from arguably the five biggest 90's Alternative Rock bands of all time, Pearl Jam, Nirvana, Alice In Chains, Soundgarden, & Stone Temple Pilots.

Wicked Garden will take you back to a time where music started a new direction, as radio stations worldwide started playing Nirvana’s “Smells Like Teen Spirit”, and sprung a whole new hit list of Alternative Rock power songs that filled the top 100 charts, such as Pearl Jam’s “Jeremy”, Soundgarden’s “Outshined”, S.T.P.’s “Plush”, & Alice In Chains’ “Man In The Box” just to name a few of the many songs that you will hear Wicked Garden perform live with the same intensity as the bands who wrote them.

We can provide sound and lights with enough notice. We prefer hotel rooms included for shows over 2 hours away from the Twin Cities (Minneapolis/Saint Paul MN), and we prefer to get everything onto to a contract signed by both parties. 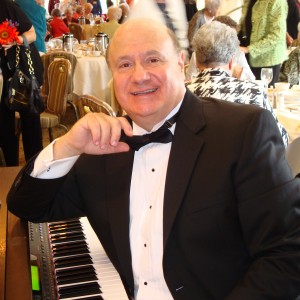 Jane B. said “Our experience with Fred went beyond our expectations! His artistry is exceptional! We couldn’t be more pleased! Well done!”