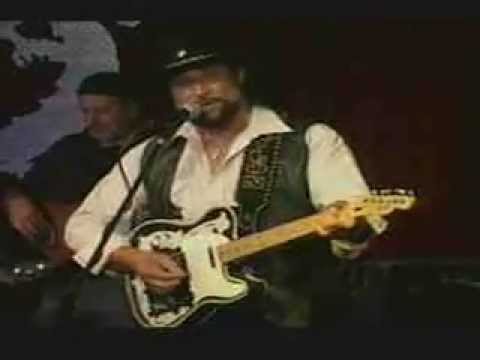 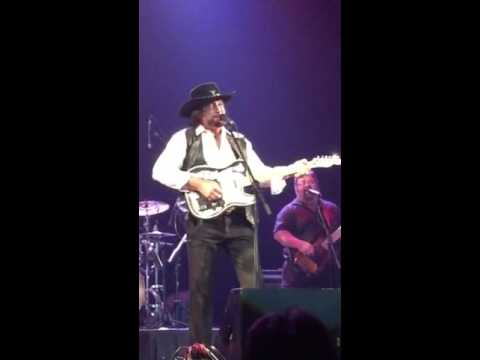 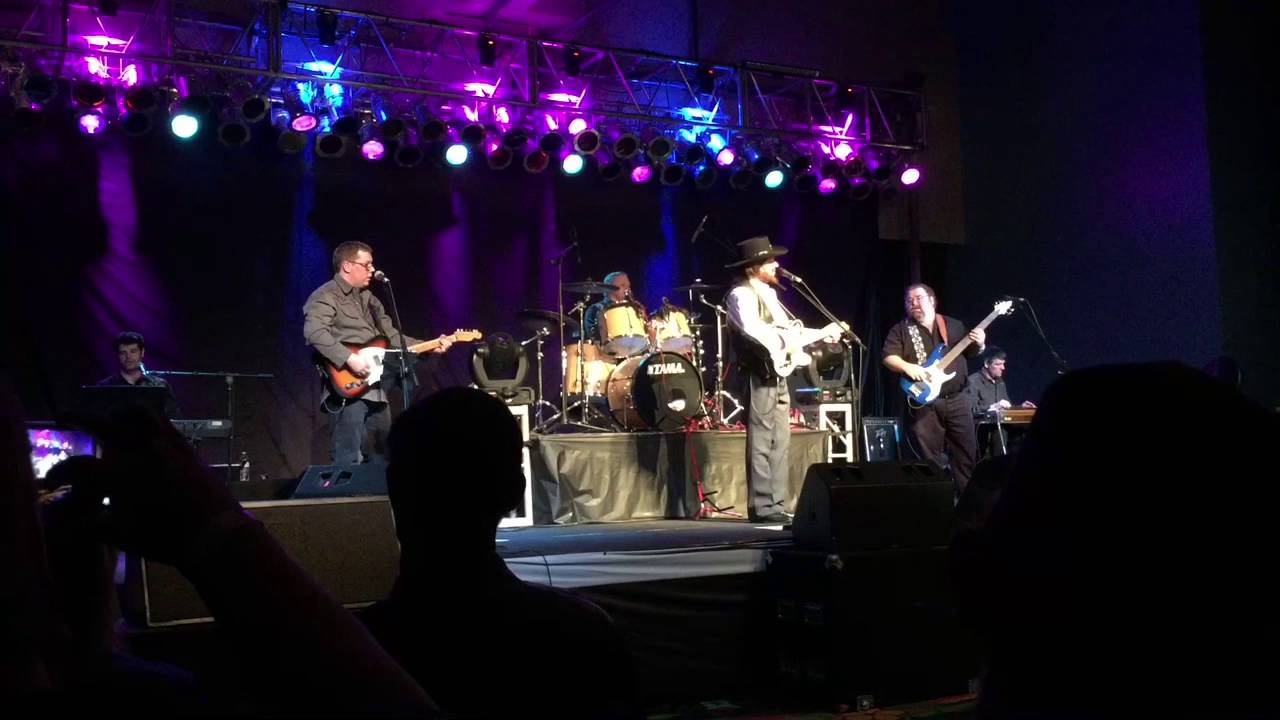 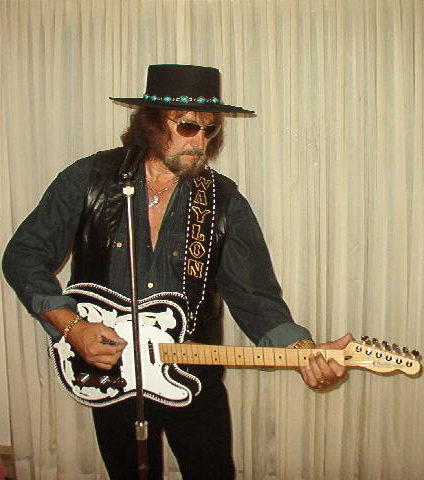 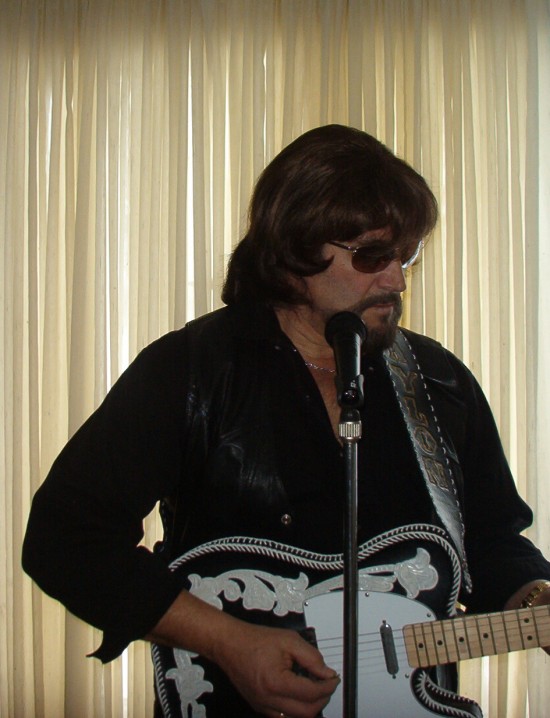 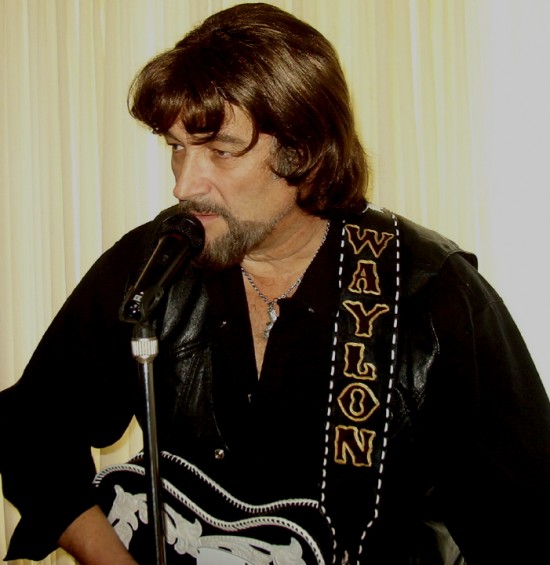 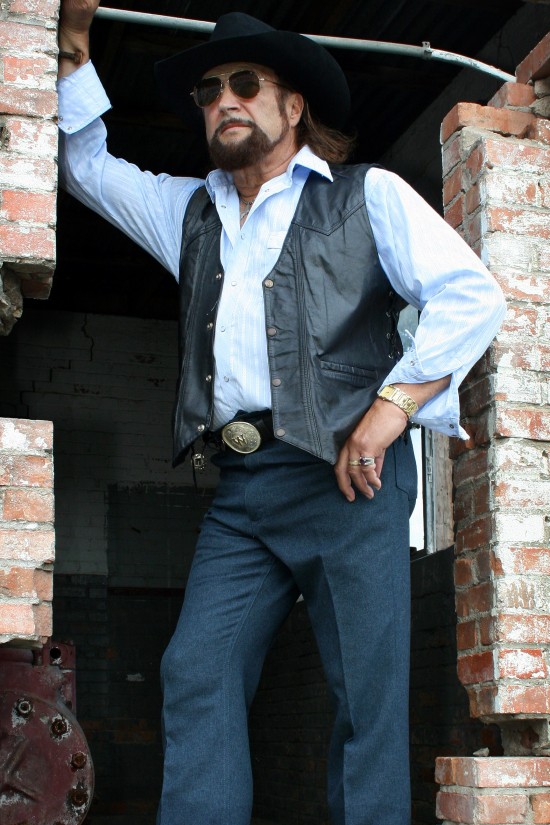 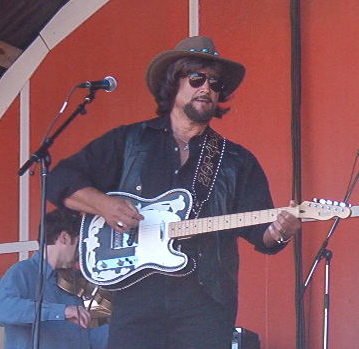 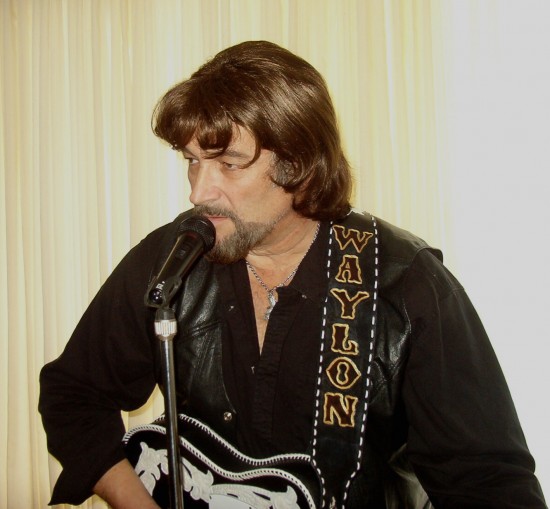 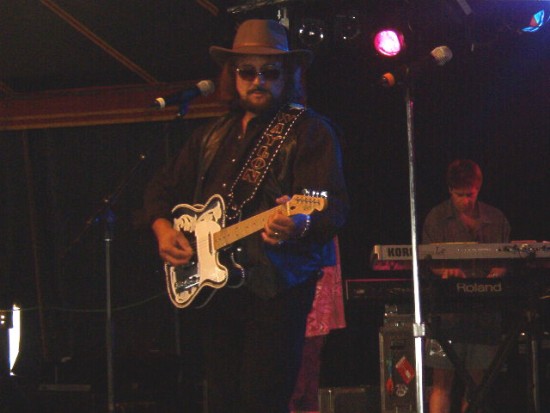 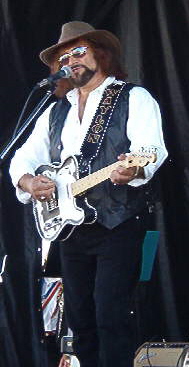 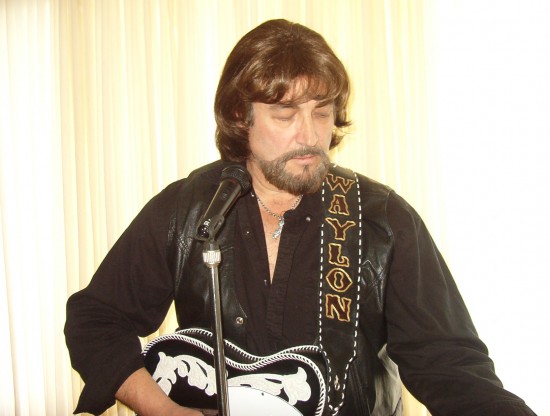 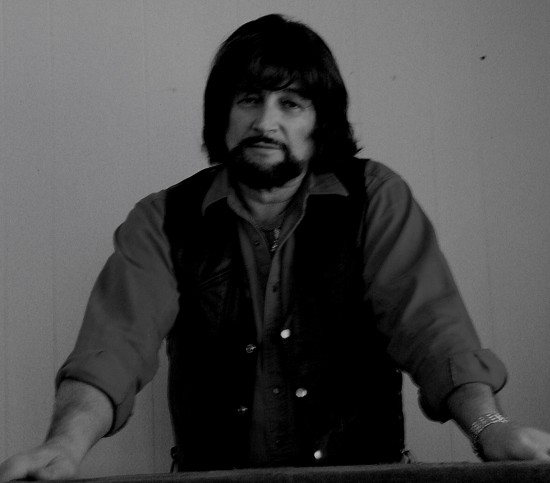 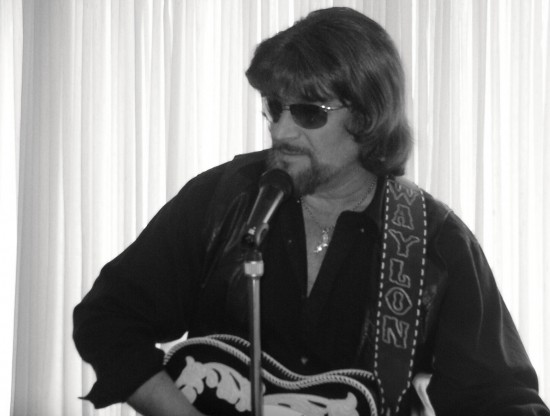 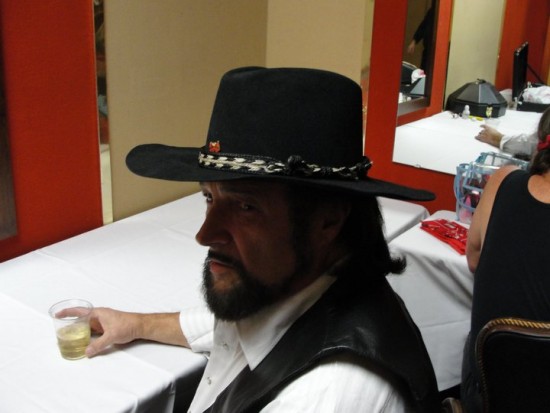 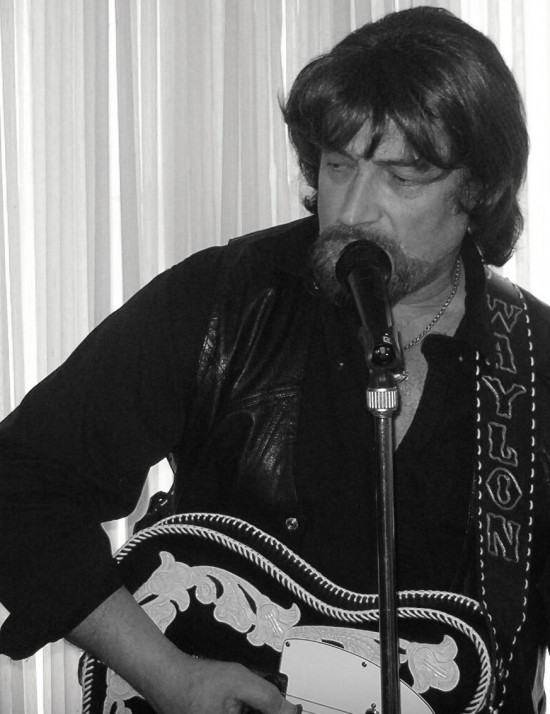 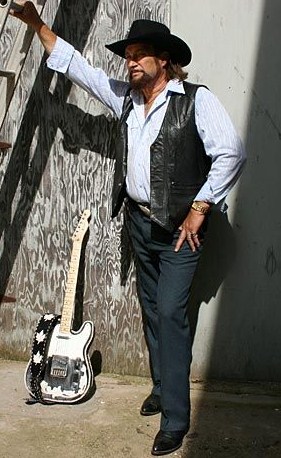 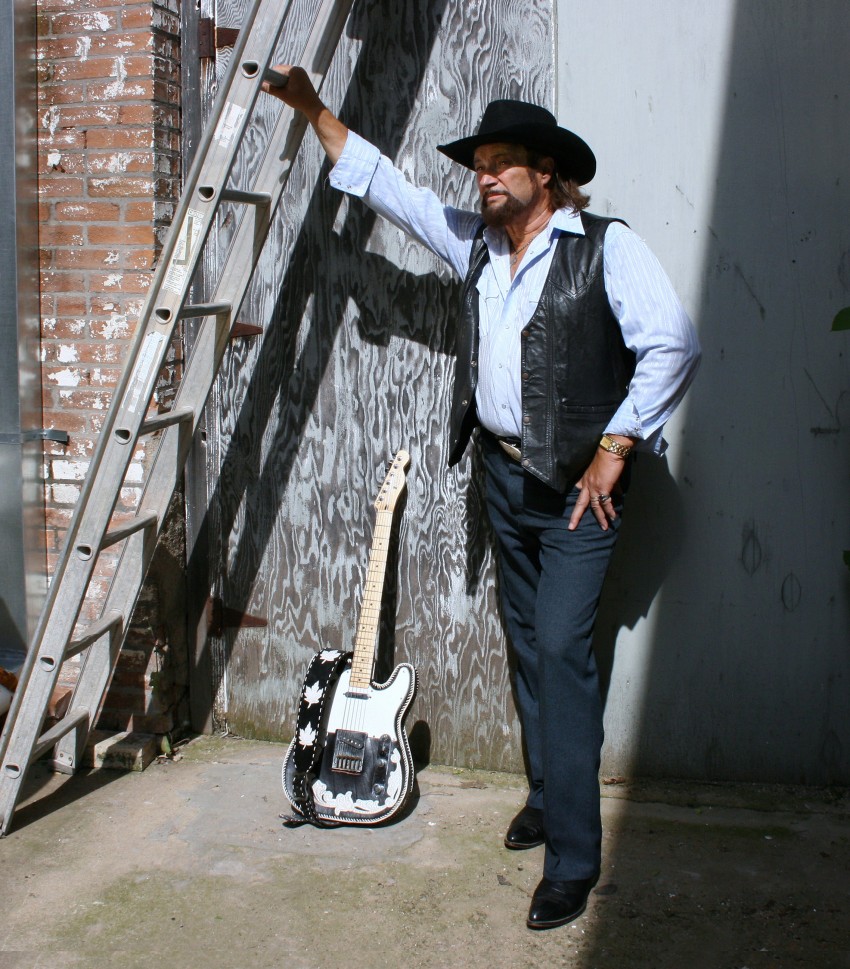 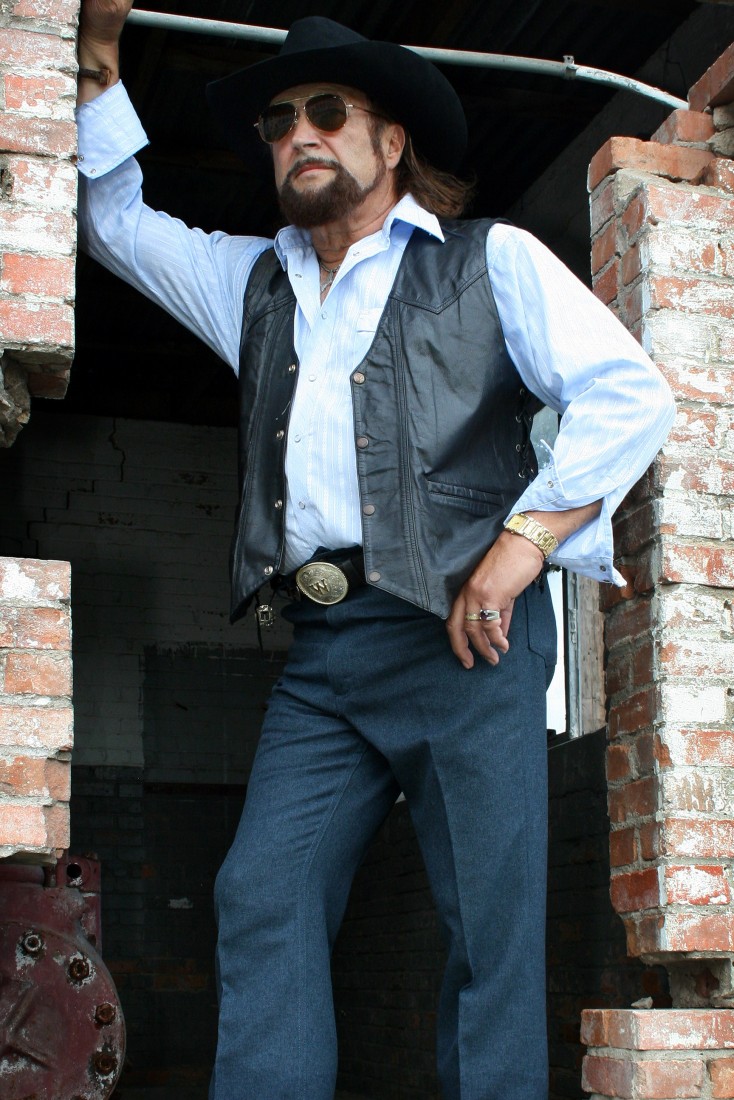 Currently recognized as the premiere Waylon Jennings impersonator,Bob has performed to sold out audiences across USA and Canada and has several albums to his credit all of which are available for purchase under "merchandise for sale" on his site at www.crossfire-productions.net. He is available for fairs, jamborees, corporate events and many other venues and performs with tracks or full band and virtual reality remotely from his home or studio.Bob maintains an up to date repertoire of Waylon's music and currently performs most songs ever released by him. Since Waylon's untimely death in February 2002, Bob has had an inner desire (and destiny) to focus on keeping Waylon's memory alive.

For us Waylon fans this show was as good as seing the real thing. Bob sounded and acted exactly like the real Waylon we used to see.He blew everyone away.Even those who didnt know Waylon's music were converted at this show.Many had goosebumps.Simply amazing-like a reincarnation.Cant say enough.Would recommend his show to anyone.You wont be disappointed.

Thank you so much Kimberley.I had a great time and it was a real pleasure to perform for you group.It was really nice to play for such a responsive capacity crowd.It was great to see so many Waylon die hards. All the best

Bob has been doing Waylons songs since the early 70's and sounds amazingly close to Waylon himself.He also has a ghostly look alike appearance to Waylon and has perfected his mannerisms, vocals and appearance perfectly.To attend one of Bob's concerts is like being at a Waylon performance.

Bob performs to tracks for a duration of two one hour shows and specializes in the recreation of the Lost Outlaw performance from the Ryman auditorium in Nashville in August 1978, said to be one of the best shows ever performed by Waylon.The chemistry was at its best on that evening.Bob compliments this performance with a full five piece band.He has captured Waylon's mannerisms, appearance, and vocal stylings to perfection and is currently hailed as the leading tribute act to Waylon performing today.He has been singing Waylon's music for 30 years .

Bob can perform to band tracks or with a live band.His prime show is a recreation of the best live performance of Waylon at the Rhyman in August 1978.His band is comprised of 5 members including-lead guitar, bass guitar, drums, steel guitar and keys.with back up vocals.This show is usually performed with full sound and tech and lights to acquire the desired effect.

The set consists of most of Waylon's hits from Amanda to Honky tonk heroes and good ole boys.See videos attached.

Bob tribute show has been influenced by Waylon himself.Bob has been a country music singer since he was nine years old and was influenced back then by none other than the great Hank Williams.Bob has many voices and when he sings a song by any of the great country icons, he sounds amazingly close to the original from Marty Robins to George Jones.

adequate sound and lights with techs

backstage food and drink and meals

transportation to and from and acceptable accomodations.

To be determined in negotiations

We are so happy to see the outlaws coming back in October.We saw them last summer and we were very pleasantly surprised.They were tremendous and so authentic.We saw Waylon many times from his early days at JDs in our fair city to his outlaw years elsewhere in USA.Your Waylon we are sure is Waylon and with Willie they are just awesome.We will be sure to be there more than once this year.There are so many friends of ours who have not had the opportunity and now thanks to your returning them to the theatre, they will Im sure make the trip

Just thought you'd like to know, my wife and I totally enjoyed your performance at Havelock. Just like the real thing.

I just wanted to tell you how much I enjoyed your performance at the Havelock Jamboree this past week. I ws in my motorhome making a coffee to take to the field when you started your performance. I got goose bumps and a chill when I heard you singing. It was like Waylon was there himself. You were magnificent!