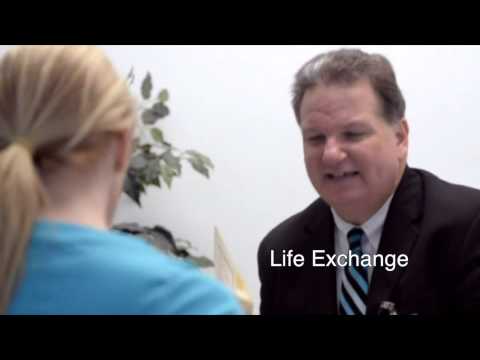 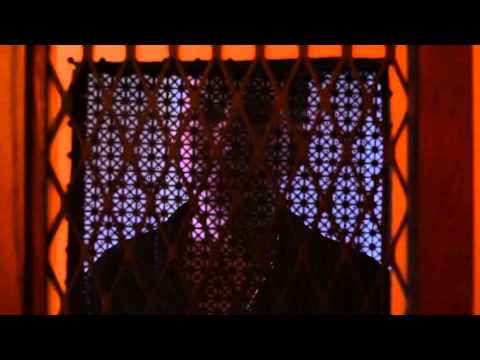 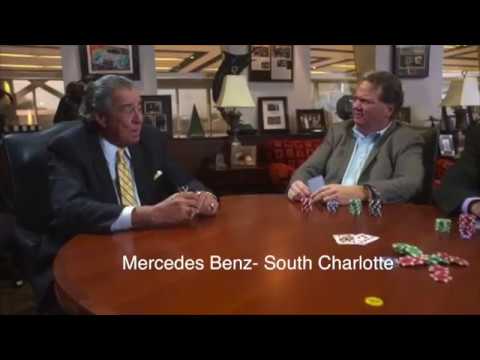 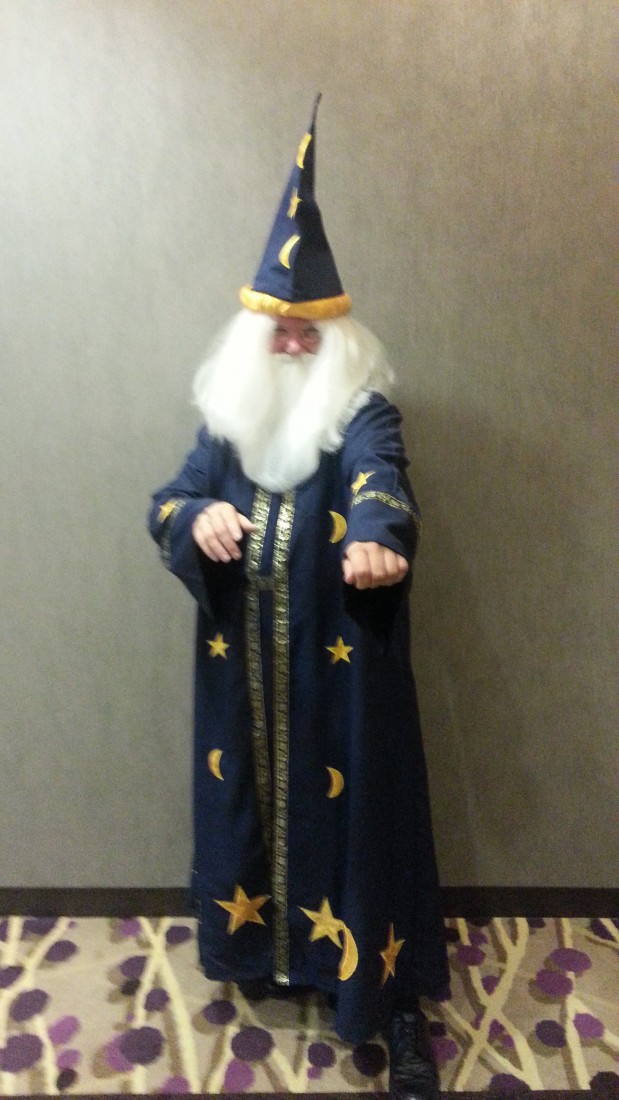 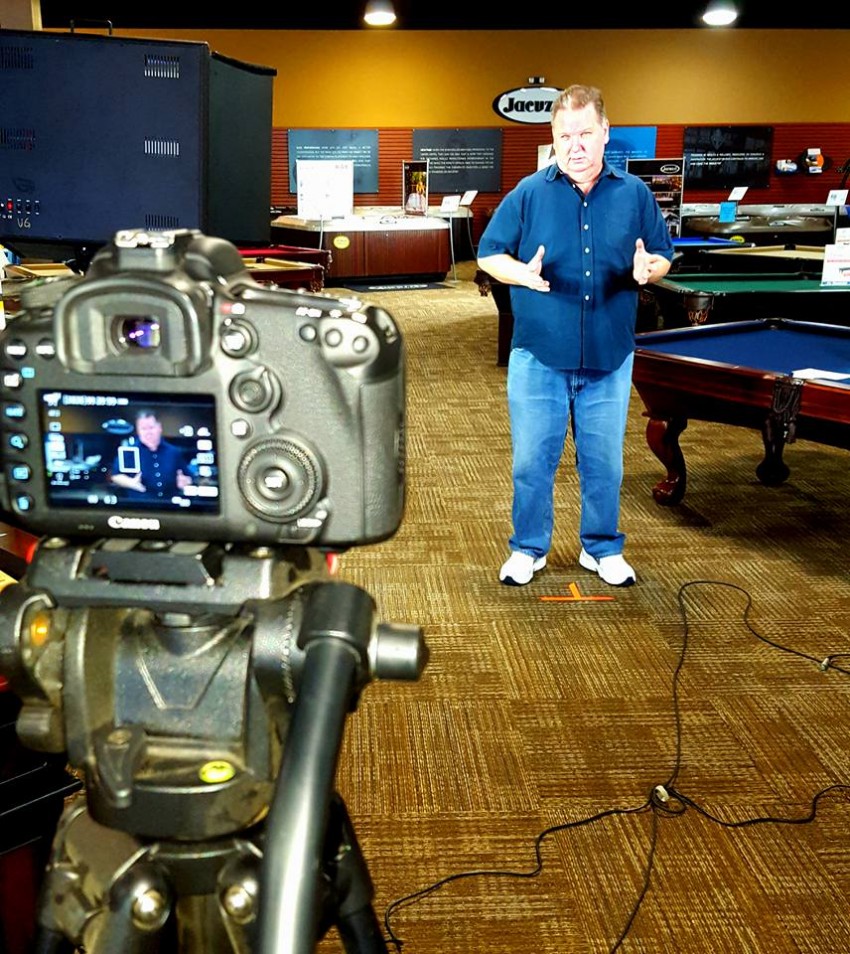 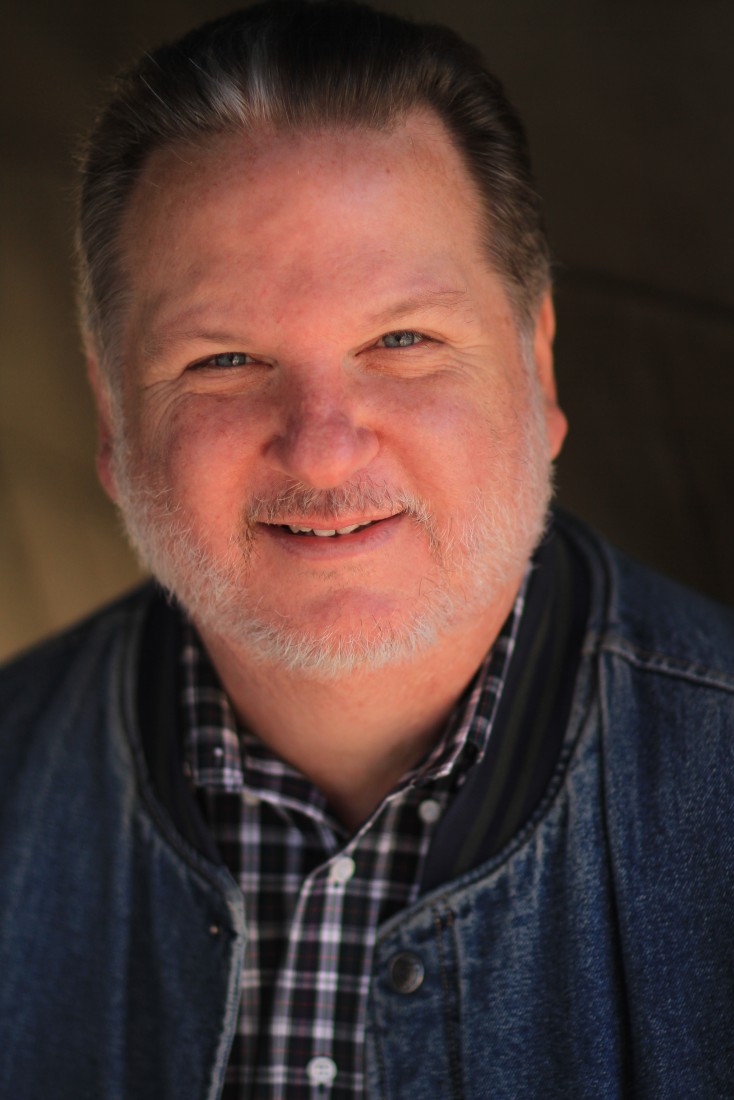 Witch Doctor (I own this costume) 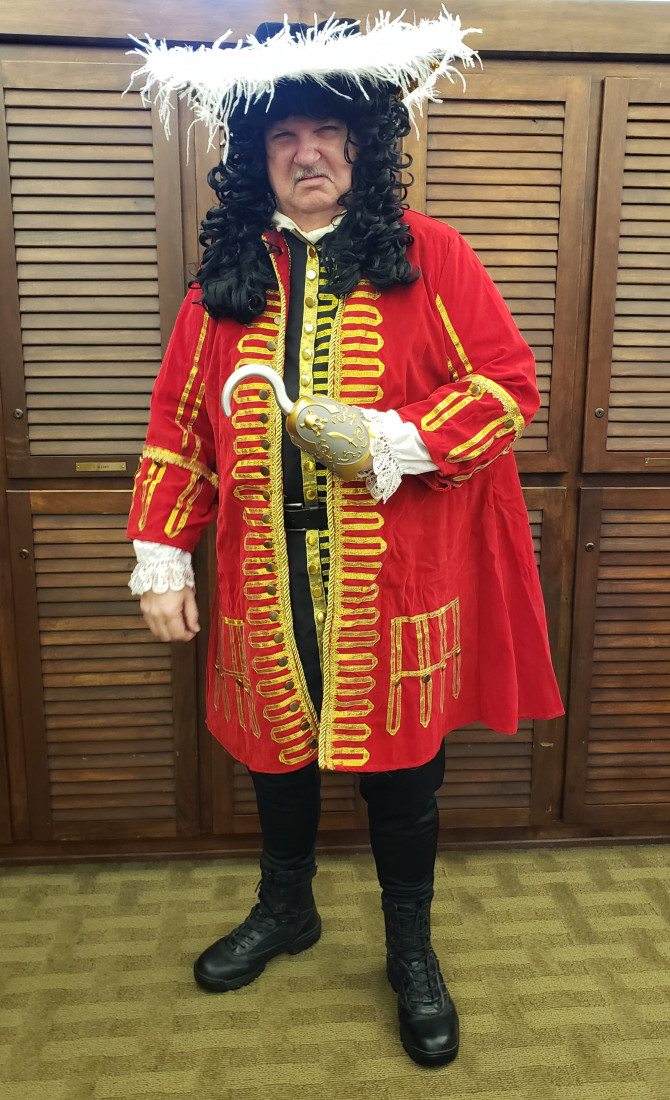 Captain Hook (I own this costume) 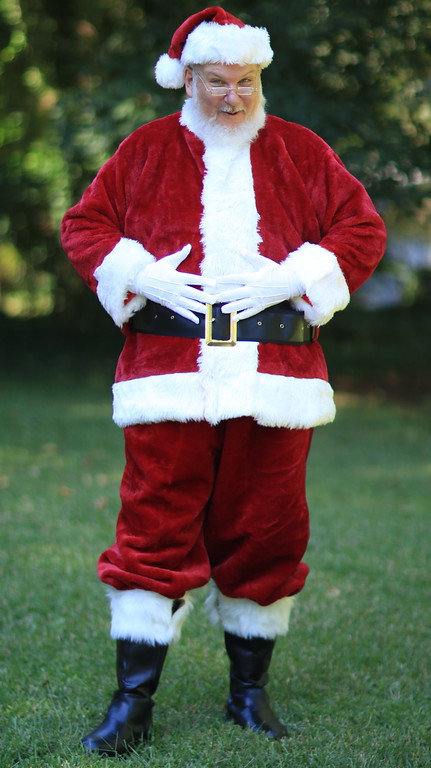 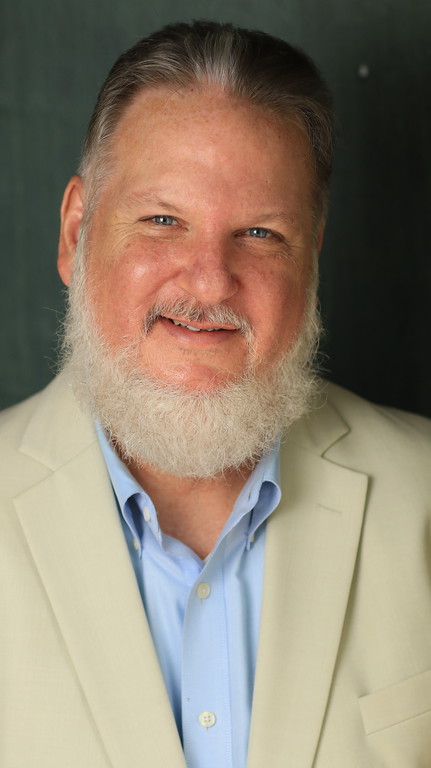 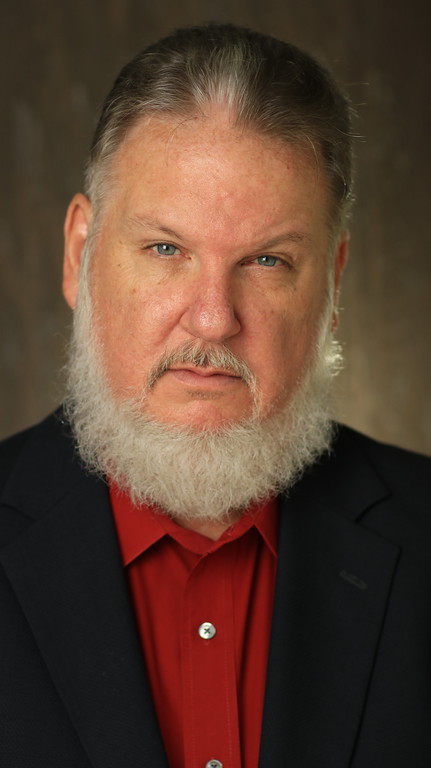 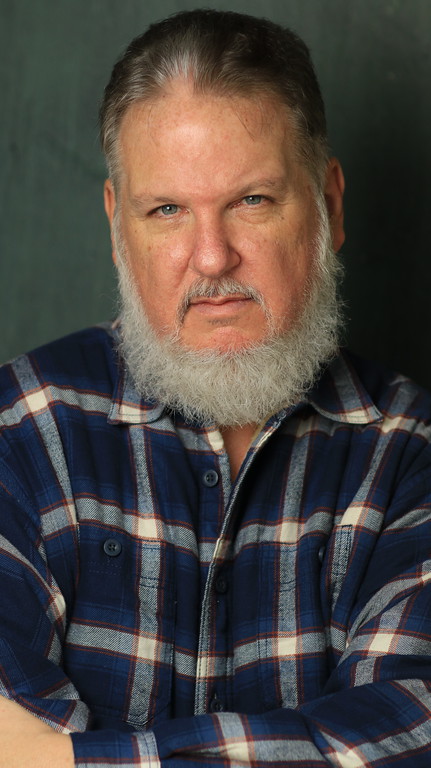 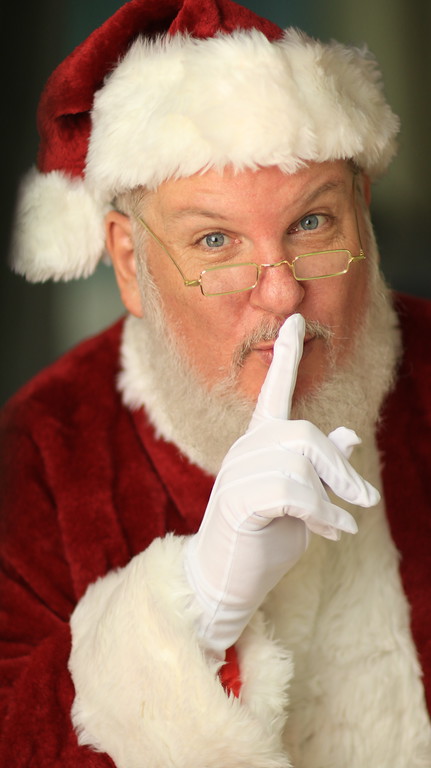 I own this Santa outfit!

I am a FULL TIME actor who has been in over 50 movies, 25 television episodes, 30 national and international commercials, 5 theatrical plays, 4 music videos and from time to time will perform in Murder Mystery Shows.

I am described as a character actor and can pretty much play any role. I have done it all- From a Judge (movie BOOTED) all the way to being a Prisoner (tv show Graceland).

I am available to dress up in any costume to assist a company with their grand openings, trade shows, etc.

And tis this season... I am available to portray Santa for your office christmas party, kids party, etc. I own my own Santa outfit. And my beard is REAL!

Tommy was featured as an actor in my music video. He arrived on time, prepared, and gave a passionate performance. He is a man to be trusted no matter what the content of your acting event may be.

Thank you for your kind words. I take pride in every booking I do. It was a pleasure working on your music video and look forward to seeing the final results. Sincerely, Tommy O'Brien, 954-270-6864

Just What We Wanted

Tommy was very easy to work with from start to finish. He was flexible and accommodating in the planning stages and stuck around afterwards to visit with the audience. He showed up early (even though he drove from another state and had to be at our location by 6:00 AM!) and was well-prepared for his role, which was in front of a live audience. He had everyone laughing, making the surprise (he was hired to play the role of a bus driver) a hit! Thank you, Tommy. We enjoyed working with you and will definitely keep you in mind for future events. We definitely recommend you to others.

Thank you so much Jessica for your kind words. It is very much appreciated. I had so much fun working for you and Terry. If you happen to have any pictures of me as the "bus driver" while I was speaking, could you please send me one or two? You can either email me or post them here.

Great actor that allowed us to capitalize on our commercial .

Thank you very much. It was a fun shoot and it was perfect, spot on. One take and we were done. Truly enjoyed my time and look forward to seeing the final cut of your commercial.

Santa Tommy was very professional and a great Santa! Would definitely recommend!

Thank you very much Katie. It was a lot of fun and I appreciate the opportunity! Santa Tommy O

I hired Tommy for my Halloween Party. He showed up very early to make sure everything was prepared. After booking, Tommy would text me ideas to make sure he was going to fulfill his role to our satisfaction. The guests loved Tommy and we really enjoyed his enthusiasm and professionalism. We highly recommend Tommy for your upcoming events.

Thank you so much for your kind words Brennan. It was my pleasure and loved portraying Jason Vorhees (Friday the 13th). I love portraying different characters but my most favorite is Santa Clause. Look forward to those events I will be doing for the next 2 months. Thanks again!

Tommy did exactly what I paid him to do

It was my pleasure Mike. Look forward to the next meeting!

Tommy in my opinion is one of the best actors on this site. He shows up early and was very easy to work with throughout the entire process. He has a great attitude and will do whatever it takes to make your booking a success.

Tommy was Captain Hook for my 5 yr old twin boys birthday party and did an amazing job!! Such great entertainment for all! He helped me find a perfect Peter Pan and both interacted with the children so well! It was a hit. I’m so grateful!
He stayed in contact with me while we planned the party. Very professional!

Awesome! Go ahead and hire him!

Tommy was awesome! Very eager to get his role exactly how we wanted. He was even willing to meet prior to the date we needed him! He was very convincing! Arrived early and mastered his role. Thanks Tommy! We will definitely be using you again.

It was my sincere pleasure. I really enjoyed meeting all of your employees and what a great staff you have. I look forward to helping your company again.

Tommy was awesome. He was on time and prepared for the event. He performed excellent with our director and actress. It was a hip hop music video so I was a little nervous he wouldn’t go through with all the details, but he definitely fooled me. Good job. Definitely would book him again!

Tommy was great, his acting skills were exactly what we needed! Great personality and the communication was awesome. I would definitely recommend to anyone looking to hire! Thanks Tommy.

Thank you very much Kevin- it is kind of you to say. I truly enjoyed my time on your set and really look forward to seeing Swavay's music video when it drops in the next couple of weeks.

Congratulations.. Hope to work with you again soon!

He was punctual, professional, and kind. Great job!

He did a great job

Thank you so much for your kind words Byron. I truly enjoyed meeting yourself, your staff and especially your students. Amazing bunch of talented actors you have there. You have some amazing writing skills and it was my pleasure.

I hope in the future that our paths cross again.

Friendly and warm emcee for our event

Tommy O'Brien communicated with us prior to the event to verify important details. He was fully prepared, arrived early for our event, and performed professionally. We were pleased with his performance and would work with him again. Tommy O'Brien is a friendly and thoughtful professional.

Thank you very much for your kind words Leeann and for trusting in me. It was a pleasure meeting you, Jake, Skylar and the rest of the attendees.

Tommy did an excellent job; he's a talented actor. We had talked over the gig/ his part and at first I was nervous that he would be improving especially considering the circumstances that I put him in but I was very surprised. He's superb at what he does, definitely hire plus he is such a nice person!

Thank you for your kind works Alyssa. It was my pleasure to perform this event and I am so glad you were 100% satisfied. Would love to help you again if the need calls for it. I truly enjoyed the Athens area.

We enjoyed working with Tommy, punctual and precise with the indications we gave them for our event. We hope will work with him in the future!

It was my sincerest pleasure. Thank you for having me be apart of such an honorable event.

Would love to work again with your organization!

Tommy was awesome.... he posed as my secret vendor and really understood his role and memorized all the questions I had him ask my sales staff. He did research on my company and knew what my company offered- even more than I had previously told him.

He was on time (actually 30 minutes early but waited in the parking lot) and looked sharp in his suit. He was so polite to my entire staff and his positive energy radiated thru out my office.

Will definitely recommend him for your next corporate event OR what ever professional event you would need him for. Would hire again and am recommending him to some of my colleagues.

Thank you very much Peter for your kind words. I had a great time as well.

Tommy did a great job for our commercial shoot. He showed up on time and was ready to hop in front of the camera whenever we needed him. He sounded natural on camera and brought a good sense of enthusiasm to the project. I would hire Tommy again for future projects!

Thank you for your kind words Darren. It truly was a pleasure working on your commercial. I indeed would love the opportunity to work on a future project with you and your company!

Tommy was excellent very committed to the needs of the shoot. He is a true professional very friendly he fit right in with the rest of the gang we had a blast!!

Thank you so much for your kind words Lois. I strive to give every one of my clients 150% of my time and effort. I am glad the shoot was so successful and I too had a great time. I truly loved meeting everyone. I look forward to seeing how the video comes out!

The perfect man for the job

He played the role more than I intended and everything worked fine. Highly recommended

Passionate about his craft. And the best attitude you can ask for. That's my guy!

Thank you so much for your review Corey. It was a lot of fun to do your music video. I really look forward to the final product. Being passionate about something you love is was it's all about!

I would like to compliment Tommy O'Brien for his diligence and hard work in the project that I had him work on. He was early, looked sharp in the wardrobe I requested of him and was professional from start to finish. If you are looking for an actor who can portray many roles, Tommy is your man. He was always good, helpful, responsible, on time & most importantly, PROFESSIONAL! When I would offer suggestions on how to create a new task, Tommy always had me beat. His thought provoking genius ideas worked each time. He was so easy to work with that I had no doubt that he was the best choice out there. I will definitely use him again when the time calls for it.
100% Satisfied

Thank you very much for your kind words Andreina. It was my pleasure of work for you. I always believe in giving my all and to always satisfy my client's needs. Hope to work for you again when you need someone.

I needed someone to fill in for one of our attorneys and Tommy was the perfect guy. He had others believing he really was an attorney but most of all he remained flexible the entire set time. Flexibility and costumer service are the components one needs to last in this business. Thanks Tommy

It indeed my pleasure. Thank you Tracci for your professionalism and it was a lot of fun. We conducted our business and at the same time, enjoyed it. Thank you once again to you, Mr. Granville and your staff.

Reliability, On time, Off book, costume always ironed, Professional, Willing to go the extra mile to satisfy my client.

Tommy O'Brien, was born and has lived in Florida most of his entire life. He moved to Atlanta in February 2015 to further pursue his full time acting career.

He also performed in over 100 dramas for his church, Rio Vista Community Church, in Fort Lauderdale. These performances were for the two services, children’s ministry and semi-annual special events (Christmas, Easter, etc.)

He wants to thank God for the many blessings he has bestowed upon him! While both his parents are deceased, he knows they are watching over him during these performances. Finally, he wishes to thank his 5 brothers/sisters & his 26 nieces/nephews for their enthusiasm in his acting career.