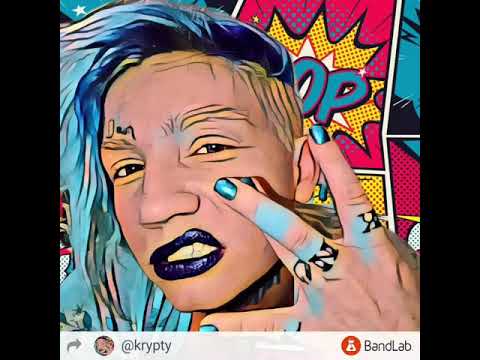 I rap, sing, and produce as well as dance and act.. bringing real struggles, pain, and truth to light .. my poetic justice

Be the first to review The Realest Struggle

Rejected since birth by a native American mix family, she grew up horribly neglected, abused, and unloved. Taught how to kill and hustle since age 7, violence was all she new.. until she had her daughter at a late, unexpected age. Rapping since 1999.. she faced alot of racism, rejection, hate.. and has been a victim of circumstantial domestic violence for 20yrs.. being kept in trap houses and the dangerous streets to survive. Her daughter is the only love she has ever known, even though motherhood to a child who's father was murdered shut hard earned lifestyle down.. it opened her heart and forced her to face many fears and heartbreaking situations. Now she faces many more struggles and obstacles but her child is her ambition to make a mark and a difference in society. shes also a tattoo model, animal rescuer, hurricane rescue, and been on the news in several states for being the God driven hero she is. she stands up for what's right, is not a heavy drug user, and promotes the unity of women and children in her communities. she has survived being shot, stabbed, robbed, jumped, kidnapped, tortured, character assassination, domestic violence, gang life, street life, and death.. even coming out of a coma! Her dream of being successful is still strong and fueled by the lack of family.. being all her disabled daughter has to look up to. she battles depression and PTSD daily on her own and is a fulltime REAL single mother. doctors call her a walking miracle... she considers herself to be Gods warrior. Her message to struggling women and children is "Never give up on yourself! Thru the darkest tunnel.. there will be light! Love yourself and stand up for what is right. NEVER be another blind statistic"