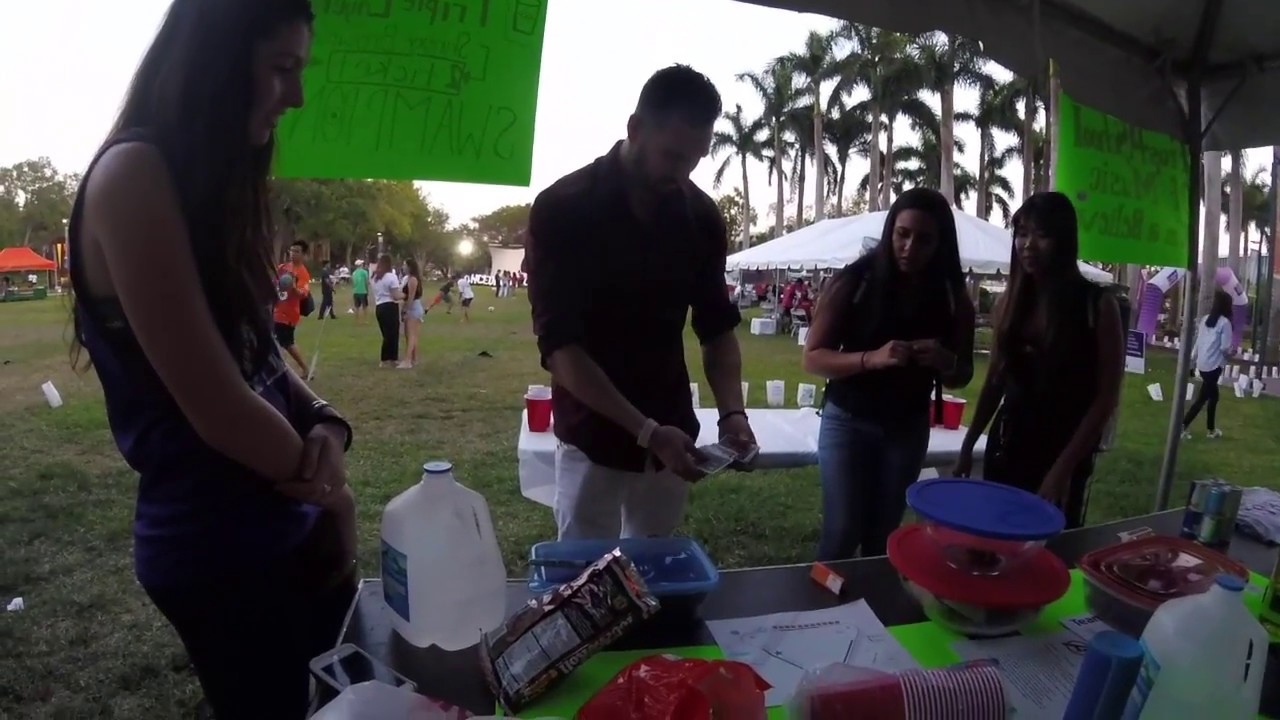 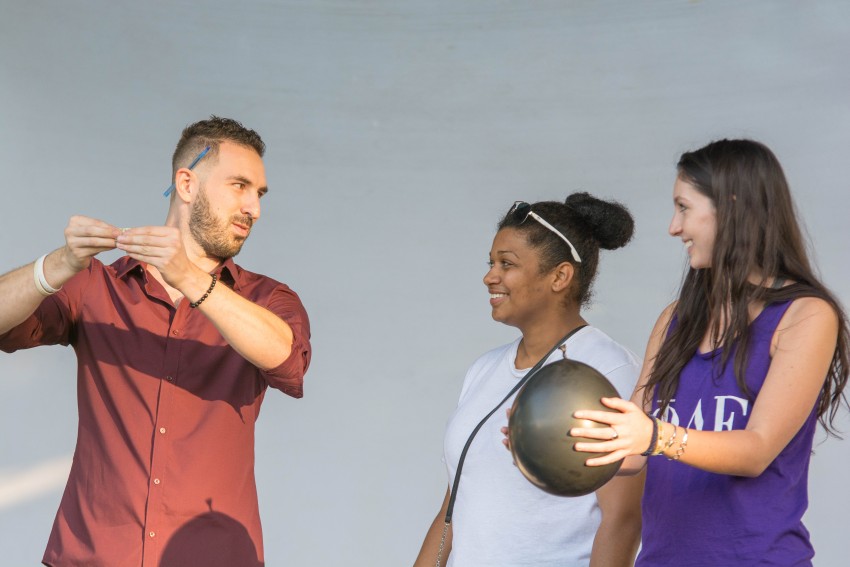 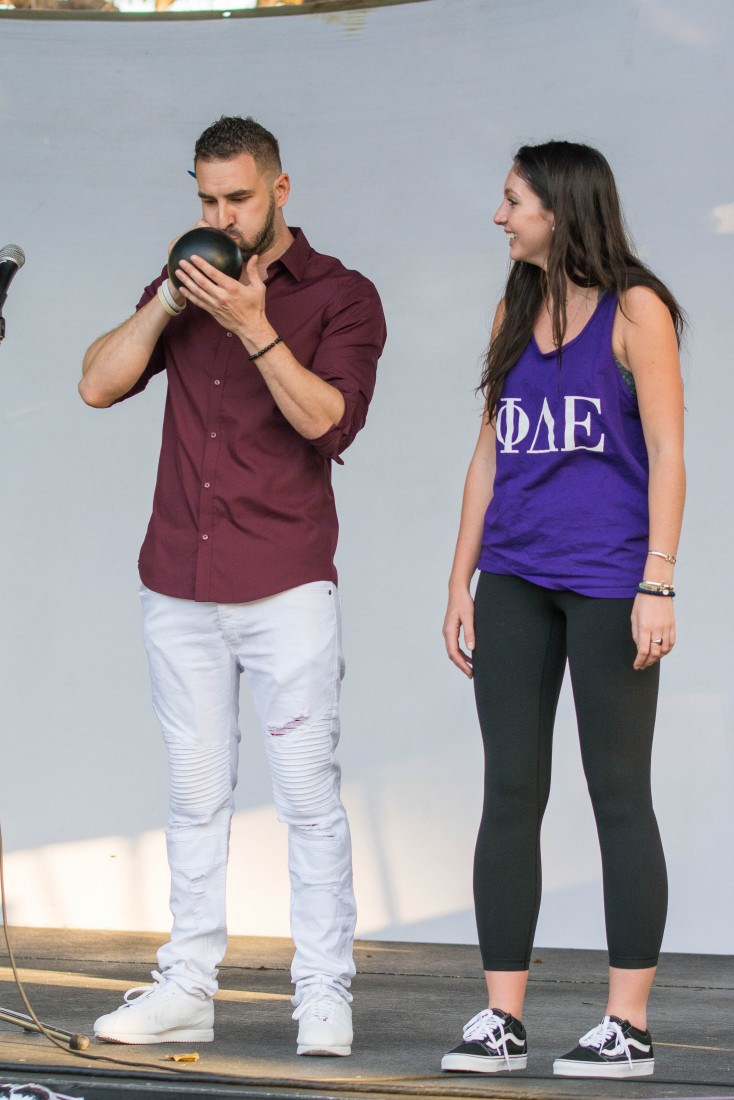 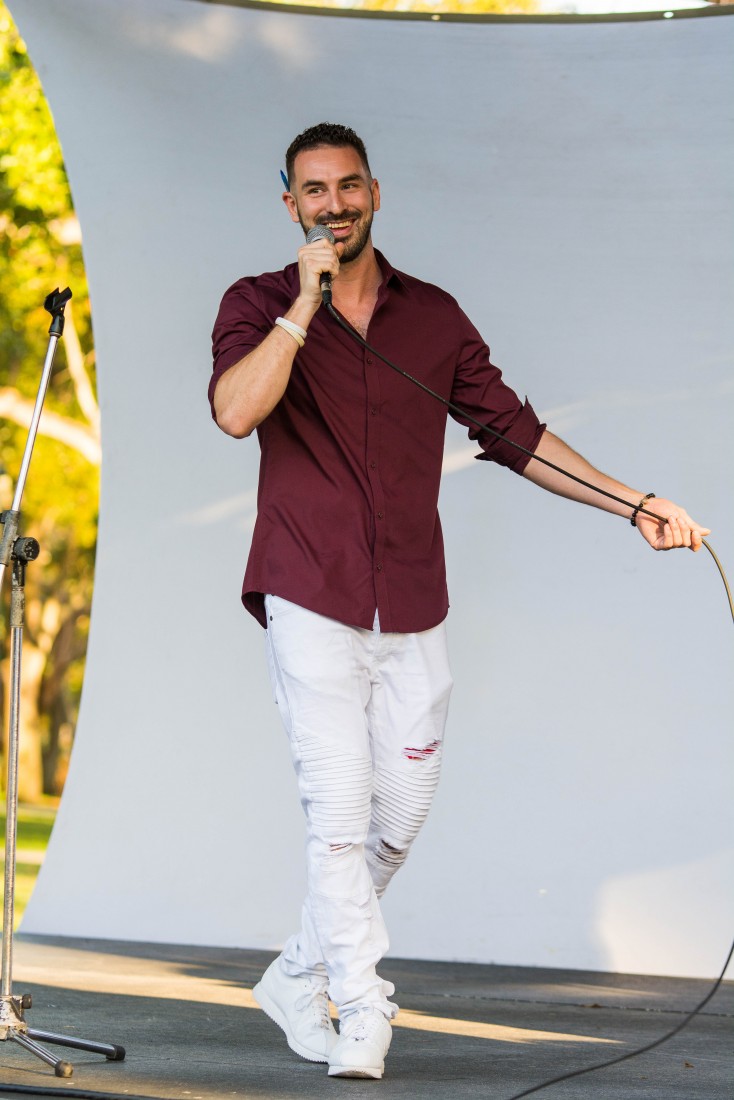 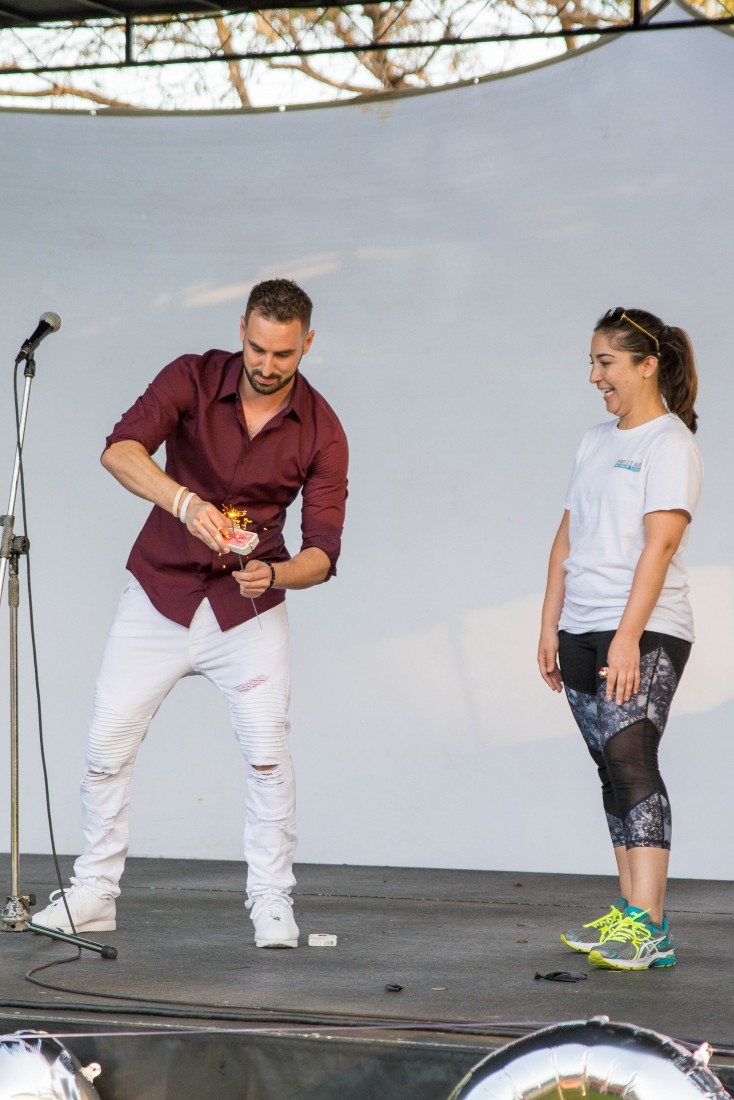 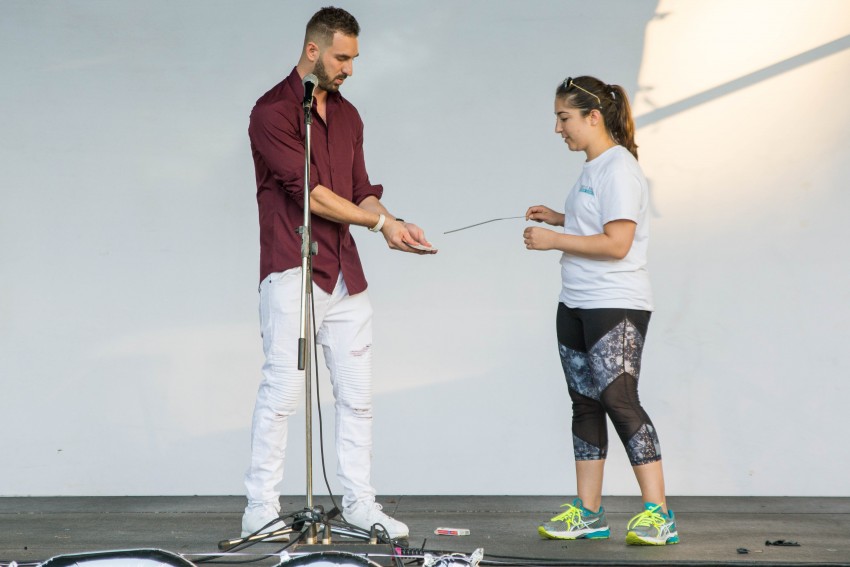 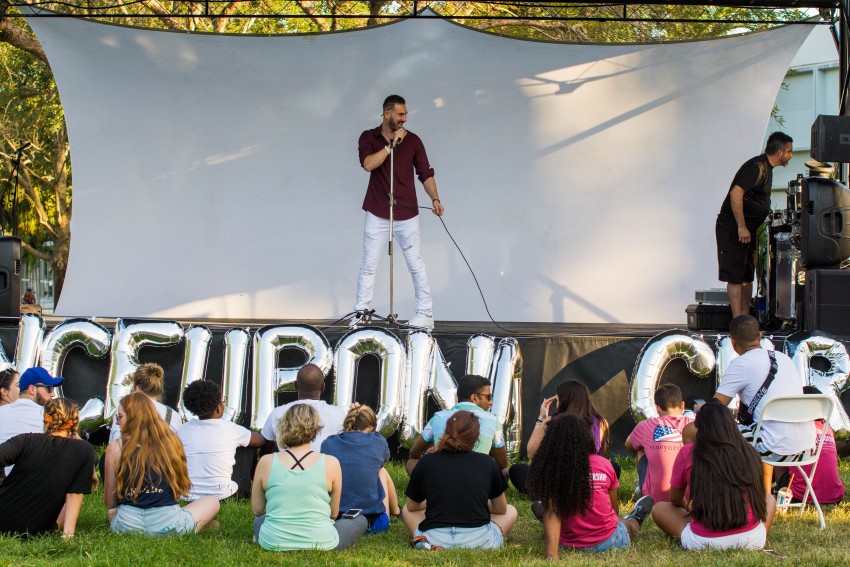 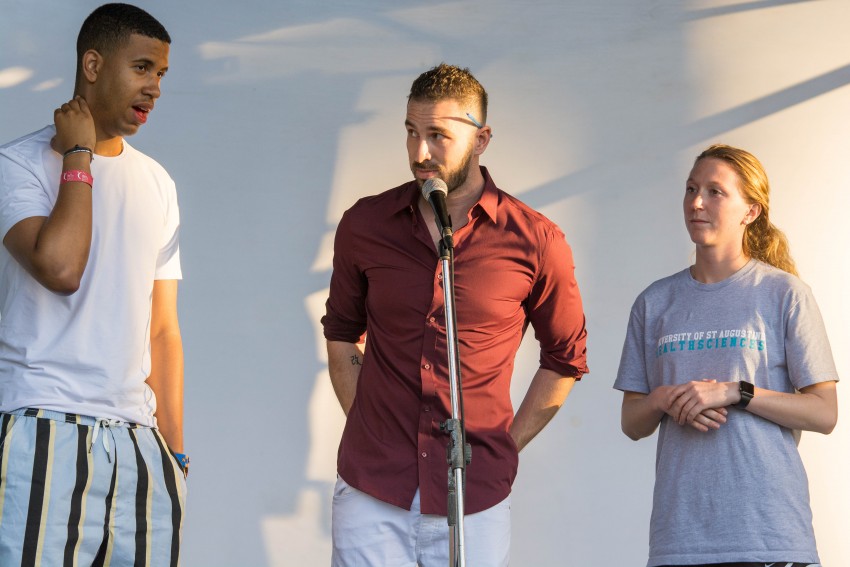 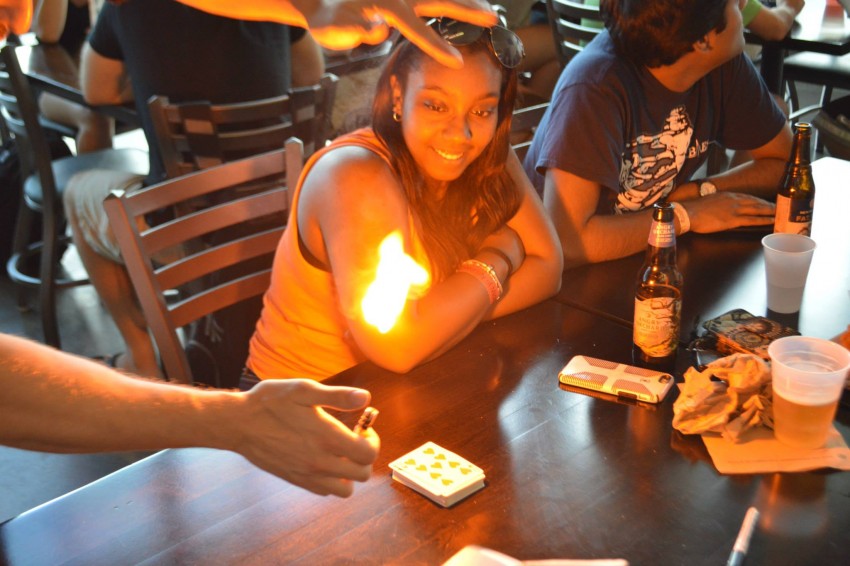 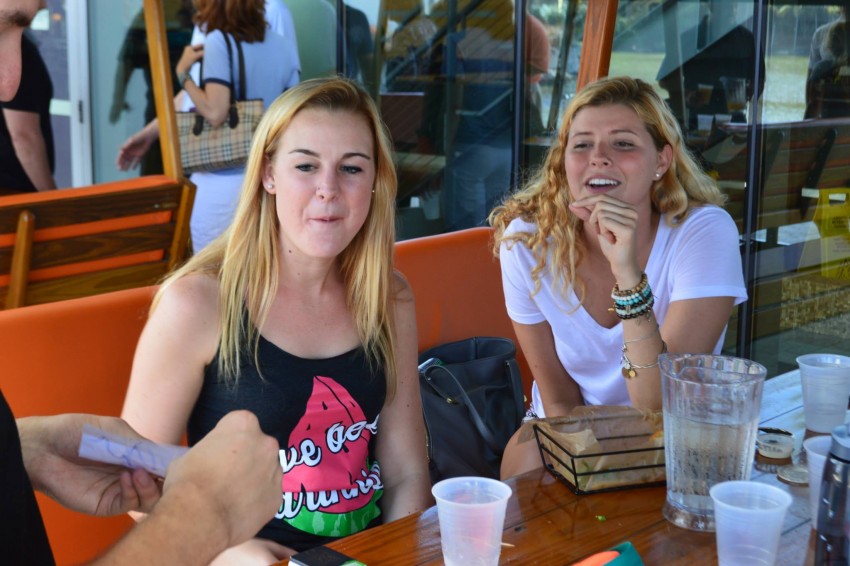 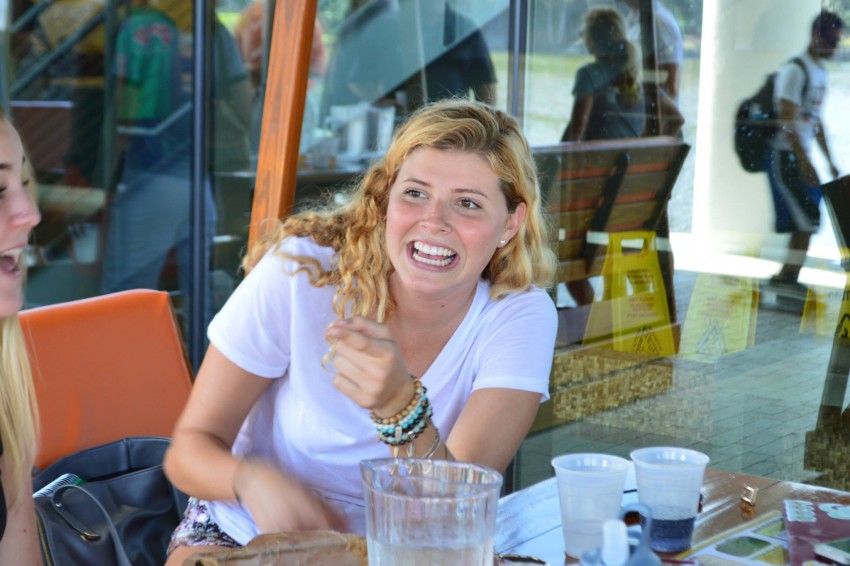 Most entertainers are eager to tell you they are the perfect fit for your event, before you’ve even told them the details of the celebration and what result you're after. The truth is, the person you need to hire to make your event a success needs to be an expert. An expert not only in the art & science of entertainment, but also in what it means to keep people engaged—instead of getting distracted by Email, Facebook and Instagram. Nicknamed "The Real Magician" by his classmates when he was 15, Josh has been dominating this challenge of overcoming the forces of distraction and inertia with close-up magic and comedy for the past 11 years.

This was our first time trying a magic act at our Relay for Life. It's the biggest philanthropy event at the University with hundreds of students there from greek life and student orgs, and tons of people from the local community. We've had singers and jugglers in the past; it's always tough to get that many people engaged in the stage acts since the event is so long and everyone normally likes to stay at their camp sites. We weren't sure how they were going to respond to a magic act, but Josh did a fantastic job. We initially had a hard time getting people to go to the stage beforehand, but it was like as soon as they announced "The Real Magician" and Josh stepped on stage everyone started paying attention. As he went on, more and more people gathered. He had everyone laughing and reacting in shock to the magic the entire time. By the end he had a huge audience and everyone loved it. Plus he even stayed and did walk-around magic after the show. Multiple people came up and told me and the rest of the event committee how much they loved him. We'll definitely hire him again for more events.

Response from The Real Magician:

Thanks Jake! I had a great time!

Every event is different and every event requires custom entertainment. I'm unique in this business because I have the skill, education, and experience to determine exactly what your event needs.

With a Bachelor’s of Science in Hospitality, and a J.D. from the University of Miami, I not only handle my clients and their events with cutting-edge precision and professionalism, but I understand your event and your guests in a way that no ordinary entertainer ever could. That’s why the Philadelphia Eagles presented me with the Joseph Brancato Award for philanthropy after I successfully raised thousands of dollars in just one afternoon for the David Akers Kicks for Kids Foundation with my magic.

My profession is blowing minds and making people laugh. My brand of comedy magic is like nothing you’ve ever seen--old school magic and mentalism twisted with a modern witty and provocative edge. Mentored by the greatest teachers in magic (my main mentor also taught Copperfield and Blaine), I earned the nickname “The Real Magician” in high school when I caused a scene in the cafeteria by borrowing objects from my classmates and making them vanish right in front of them. My off-the-cuff, funny yet serious street-style close-up magic is equal parts mind-numbing, outrageous, and mildly enraging.

While my act is hilarious, I take the art of magic very seriously. Magic has been around longer than any other form of entertainment. Real magic performed close-up, right in front of the audience with no camera tricks, smoke, or mirrors, is a celebration of the oldest form of art and the oldest form of communication known to man. Nothing captures and holds attention like a magician. Other forms of entertainment just don’t compare. Magicians are rare. Good magicians are even rarer. Great Magicians are like diamonds in the rough. You just don’t ever get to see them in person.

And as seriously as I take my craft, I take your event even more serious.

With years of experience in both the hospitality and entertainment industries, I've seen just about every type of event out there. One thing I know for certain is that your event lives or dies with who you hire. It's that simple. So when we get on a phone call and talk about your event, I want to find out exactly what kind of entertainment you really need. If one of my services is a perfect fit, I'll be eager to work with you to make it the event of your dreams. I offer several different kinds of magic acts--from full-blown stage shows to close-up strolling magic. After hearing what's important to you and finding out what your guests really value, I'll be glad to recommend the type of entertainment that fits just right.

From Shy Kid To Super Hero

I’m originally from Washington Township, New Jersey. As a young kid I always found ways to perform, entertain, and put on shows for my family and friends.  My friends and I would act out SNL skits, make silly videos, and turn my house into full-blown productions.

Even though I was an entertainer at home, I was known for being quiet and shy at school. From Elementary school all the way up until my sophomore year at high school I had a reputation as "the quiet kid".

This all changed one fateful afternoon in Atlantic City, when I reluctantly followed my younger brother into a brand new magic shop on the store’s opening day.  The owner of the store started showing us magic tricks and instantly I was hooked. I was so amazed I wanted to know how all the tricks were done. I became obsessed, going back to the magic shop every weekend and investing everything I had into magic tricks (I would later perform magic at local restaurants and reinvest every penny I earned back into buying more magic).

I practiced rigorously, and throughout that year I was fortunate to learn from talented magicians and magic teachers who would perform in the little theater connected to the shop.  One of those teachers was a man by the name of Jay, who had mentored famous magicians including David Blaine and David Copperfield. The magic store went out of business only a year after it had opened but Jay would stay my mentor for years to come.

The toughest challenge for me wasn't learning how to do magic, but gathering the courage to perform. One day some kids at my lunch table in the cafeteria asked if it was true that I did magic.  Even though I was scared, I ended up showing a few tricks to my lunch table, and the reactions were unbelievable.  By the next day, word had spread and suddenly people I had never spoken to started gathering around my table and demanding to see magic.  My confidence started to grow with each performance, and before long the entire lunchroom was trying to surround my table every day and get me to keep performing more magic.  I was no longer “the quiet kid”, I was “the real magician.”

Before long I found myself performing at birthday parties and local restaurants on the weekends. Soon my calendar was filled with performances all over New Jersey and even some in other states, with audiences ranging from five to 5000 people. My local newspaper did a story on me and featured me on the front page.  Soon after I appeared in other newspapers, magazines, and on radio. After high school I went away to college and eventually law school, but my career in magic and comedy has continued all along the way.

While in school I co-authored a book about Kaizen, the Japanese self-transformation practice that helped me go from shy kid to "real magician" in under a year. I also co-founded Kaizen International, an online personal development company that coaches millennials in confidence, charisma, communication, self-awareness, and social intelligence through both online courses and live seminars.

Technical requirements vary depending on performance type and location.