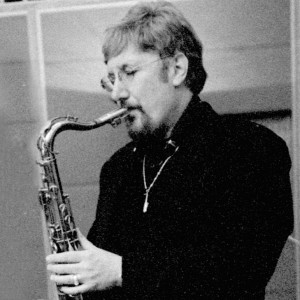 The Nat Simpkins Band, a hot, spicy gumbo that will always satisfy your appetite for a good time! This band will have you singing, dancing, and clapping to the beat in no time at all! Their exciting stage show is a rich gumbo with many spicy ingredients. They present all the flavors of Jazz including: Swing, Funk, Smooth Jazz, R&B, Hard Bop, Latin, Blues, and Calypso.
Nat has played with the Count Basie Band, the Marsalis Family, Diana Krall, and the Neville Brothers in NYC and New Orleans.
They are excited to play for your listening and dancing pleasure.

Be the first to review The Nat Simpkins Band

Bluejay Recording Artist Nat Simpkins has been involved professionally in music for over 35 years as a music teacher, performing artist, recording artist, record producer, record label owner, arranger and composer. He has written many music books and hundreds of arrangements for musicians of all levels. He has experience in virtually all styles of music.
His entire family is involved in the arts. His Mom was a painter and violinist in the Cape Ann Symphony, his Dad was an actor and a writer. His Uncle was under contract to Cecil B. DeMille and appeared in several Hollywood movies with Gary Cooper and Paulette Godard. He was educated at the Berklee School of Music. He also studied privately with John Payne, Jerry Bergonzi, Houston Person, Buddy Tate, Arnett Cobb, Eddie lockjaw Davis, Eddie Cleanhead Vinson. He has recorded 15 CDs as a leader. His CD Crescent City was the #1 Record on Jazz Radio Charts coast to coast in 2002 and #35 of all jazz Records released in that year. He performed on “Good Morning America” as part of the Mardi Gras coverage. He has performed in New Orleans at Jazzfest, Satchfest, and major venues including Tipitinas, Snug Harbor, and the House of Blues and with the Neville Brothers and the Marsalis family. Also in New York City at The Village Vanguard with Buddy Tate and Scott Hamilton, Birdland with the Count Basie Band, the Lester Young Tribute Concert in NYC, and Cecil’s Jazz Club in New Jersey. He headlined at Boston’s “Steppin’ Out” concert sharing the stage with Delfeayo Marsalis, Ellis Marsalis, Tito Puente Jr. and many others, and at the Jazz Week festival in Boston sharing the stage with Max Weinberg from the "Late Nite" with Conan O'Brian Show. Primarily a saxophonist he also performs on and teaches Piano, Guitar, Bass, Drums, Clarinet, Flute. He can perform as a solo performer on sax, piano, or guitar or as a duo, trio, quartet or anything up to a Big Band. His drummer is an accomplished singer and he also has other vocalist s available to perform for you. He knows how to adjust the music and volume level to suit the mood and purpose of every situation: Cocktails, Dinner, Dancing etc.