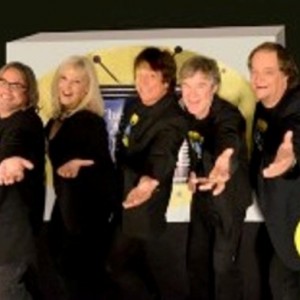 THE LATE SHOW party band brings the fun with them when they perform many TV and film theme songs to sing along with, such as the FRIENDS theme, GILLIGAN’S ISLAND, TIME WARP from ROCKY HORROR, THE ADAMS FAMILY and many more. They’re also the best 70’s/80’s rock/R&B/pop variety DANCE band around (60’s too, if requested).

These 5 veterans have pro credits with everyone from Linda Rondstadt and Steve Perry, to Neil Young. With 5 members all being lead vocalists, there’s plenty of variety to go around.

Be the first to review The LATE SHOW Party Band

Experienced, Professional Music Entertainment making every event a party atmosphere, engaging their guests to sing along to their favorite Television & Film Theme songs and dancing to the great music of Disco, R&B, Rock and Pop of the 70's & 80's!

Steven Beasley (lead guitar, vocals, bandleader) met Jimmy Caprio (Bass), while playing in Andrew Gold's (THANK YOU FOR BEING A FRIEND, LONELY BOY) band a few years back. Steven's also shared the stage w/ David Crosby, Warren Zevon, Brian Hyland (who recorded 3 of his songs), and many more. He was asst director of the Scoring Dept at Paramount Pictures (Hollywood) in the early 90s. A published author and songwriter, Steven is the group's bandleader and producer.

Jimmy Caprio (bass/vocals) has performed with Linda Ronstadt, Nicolette Larson, Andrew Gold, Rick Nelson, Herman's Hermits and the Romantics, in addition to playing 'Paul' in 'Beatles' bands all over the country.

Sharon Roberts (vocals/percussion/administrative) sings in a wide variety of singing styles, all of which she performs brilliantly. She's s performed with Cheryl Bentyne of the group, MANHATTAN TRANSFER, Cheryl Bentyne, produced and directed many musicals, and teaches voice privately. Sharon also takes care of many details to make sure the client is satisfied and things run smoothly during the event.

Michael Ness (drums/vocals) has the raspy 'soul' voice of the group, and shines on the R & B material, sounding something like Wilson Pickett, in addition to keeping the band tight w/ his percussion skills. Mike has played w/ BAD POETRY, many 'Beatle' bands as 'Ringo', and is an excellent showman.

A Sample of THE LATE SHOW Repertoire...
LADIES NIGHT, MELT WITH YOU, HOW DEEP IS YOUR LOVE, THAT'S THE WAY I LIKE IT, POWER OF LOVE, ROCKIN ME BABY, IF, ALL MY LOVIN, HEATWAVE, LUCKY STAR, MIDNIGHT HOUR, FUNKY TOWN, JUST MY IMAGINATION, FIRE DOWN BELOW, JIVE TALKIN, GREASE/HOPELESSLY DEVOTED, LA BAMBA, BAD GIRL, PINK CADILLAC, SOME KIND OF WONDERFUL , GIVEN IT UP FOR LOVE, HOW DO YOU SPELL LOVE, BRICK HOUSE/DO YA THINK I'M SEXY, MOONDANCE, RASBERRY BERET, (phone number hidden), WALK LIKE AN EGYPTIAN, MOWTOWN MEDLEY,
BILLY JEAN, WE'VE ONLY JUST BEGUN, LIGHT, ONE WAY OR ANOTHER, Classic TV theme and film songs such as the FRIENDS show theme (I'LL BE THERE FOR YOU) , TIME WARP (ROCKY HORROR), THE MUNSTERS theme and a medley of songs from the 90s film THAT THING YOU DO, among others and more... (complete repertoire available upon request)

Christina D. said “We hired Matt for our Sales Kickoff Holiday party at Folktale and he did a great job! We have a very well rounded attendee group and Matt was able to…” 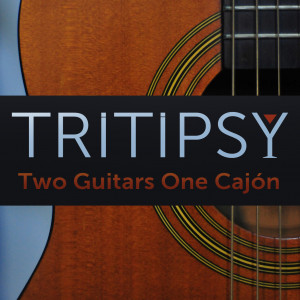 Alyssa R. said “Tritipsy was a hit at our wedding shower! Everyone was complimenting the band all night! They are very talented, professional, and kind. We highly recommend…” 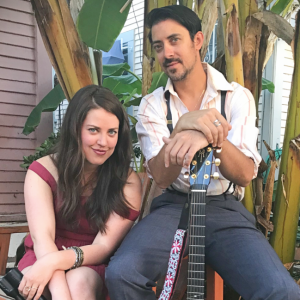 Doug M. said “Janelle & Paul were a great choice for the entertainment at our 4th of July block party. They sounded wonderful, had a nice stage presence, and were…”