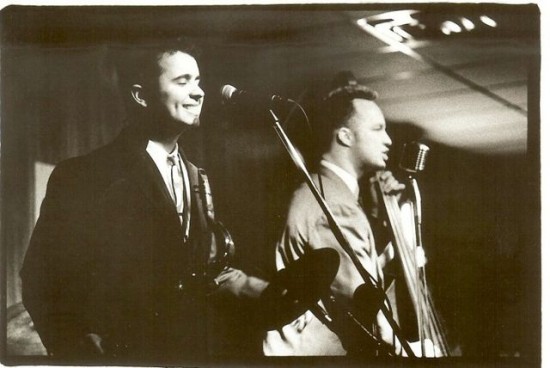 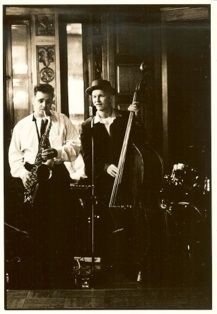 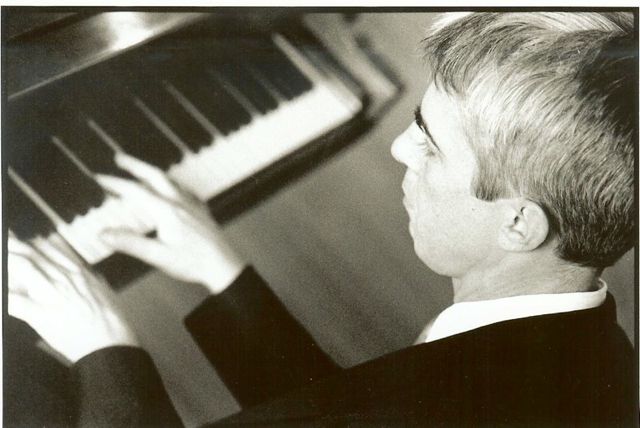 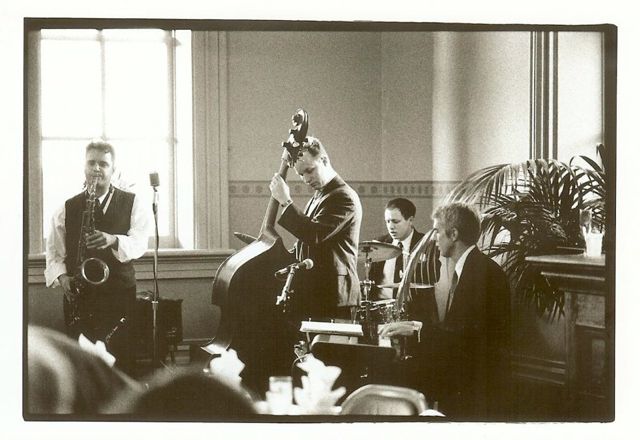 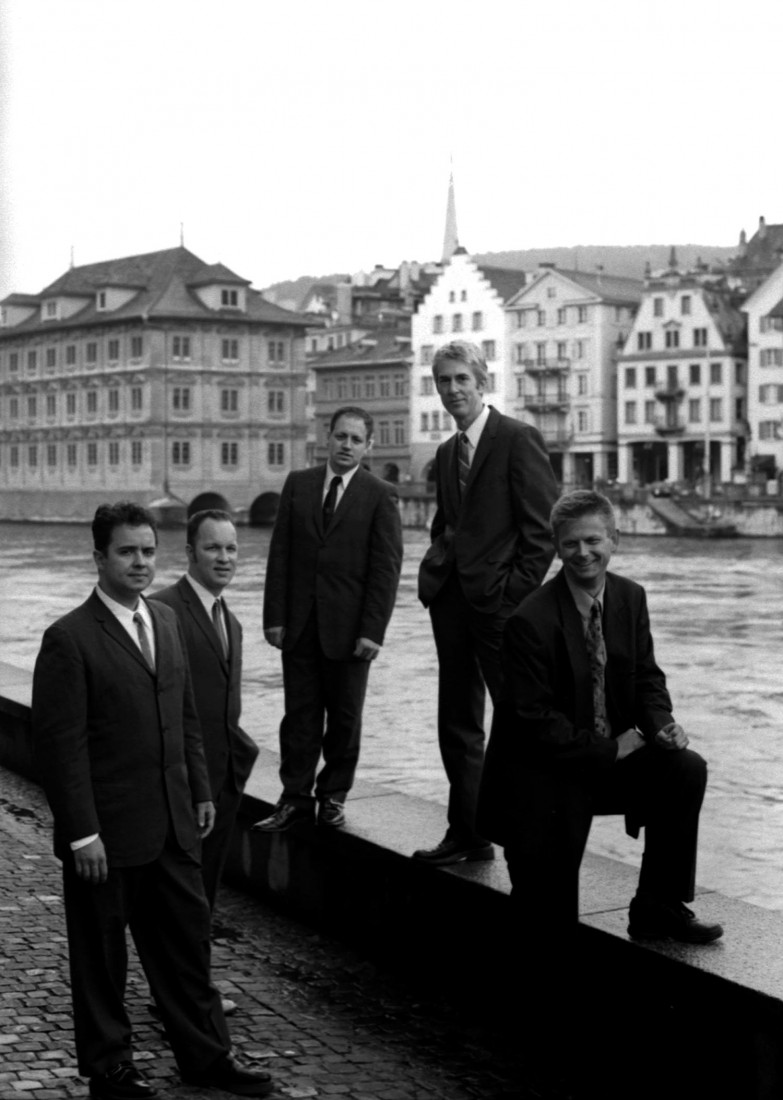 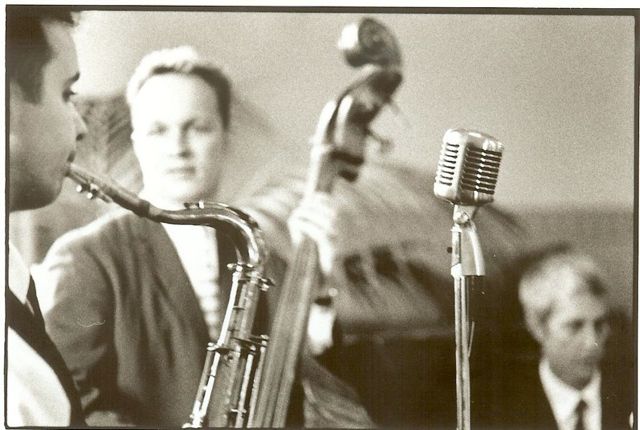 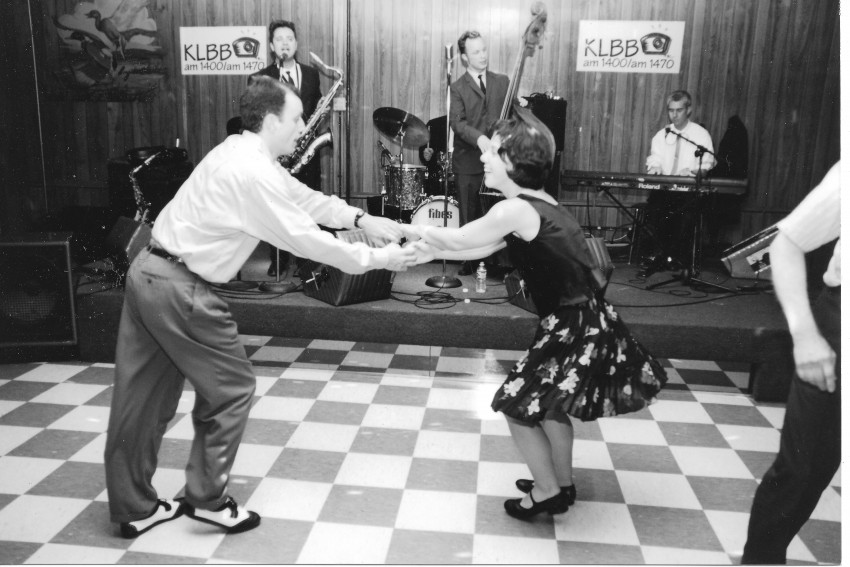 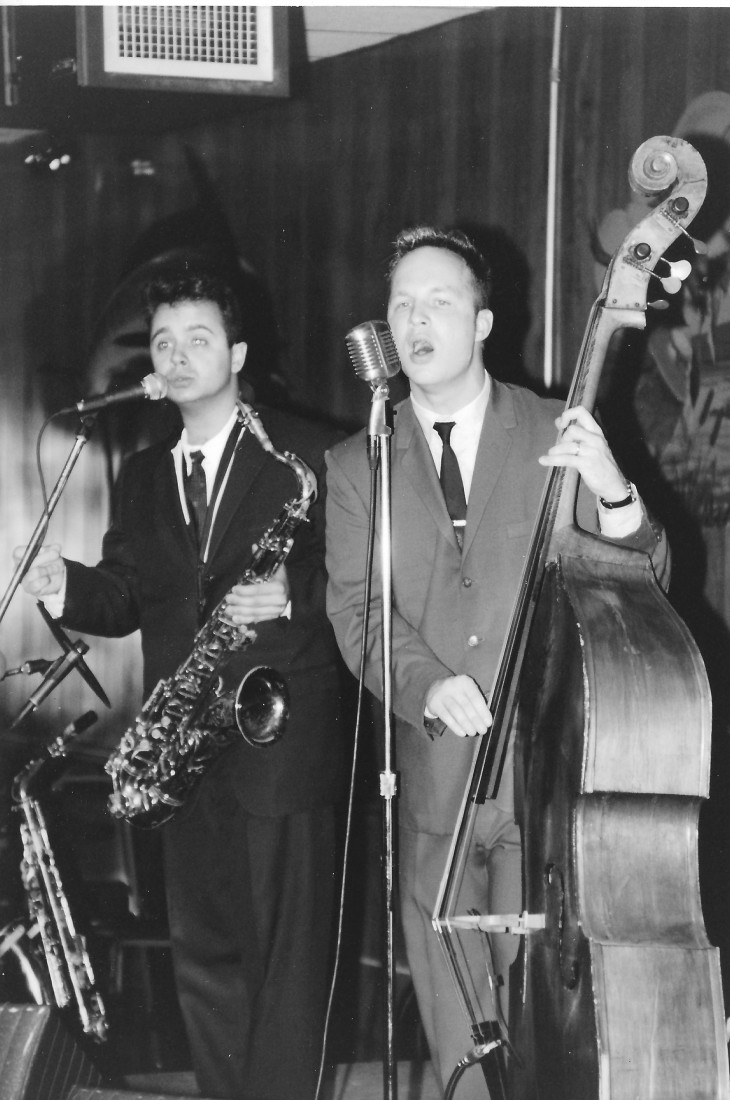 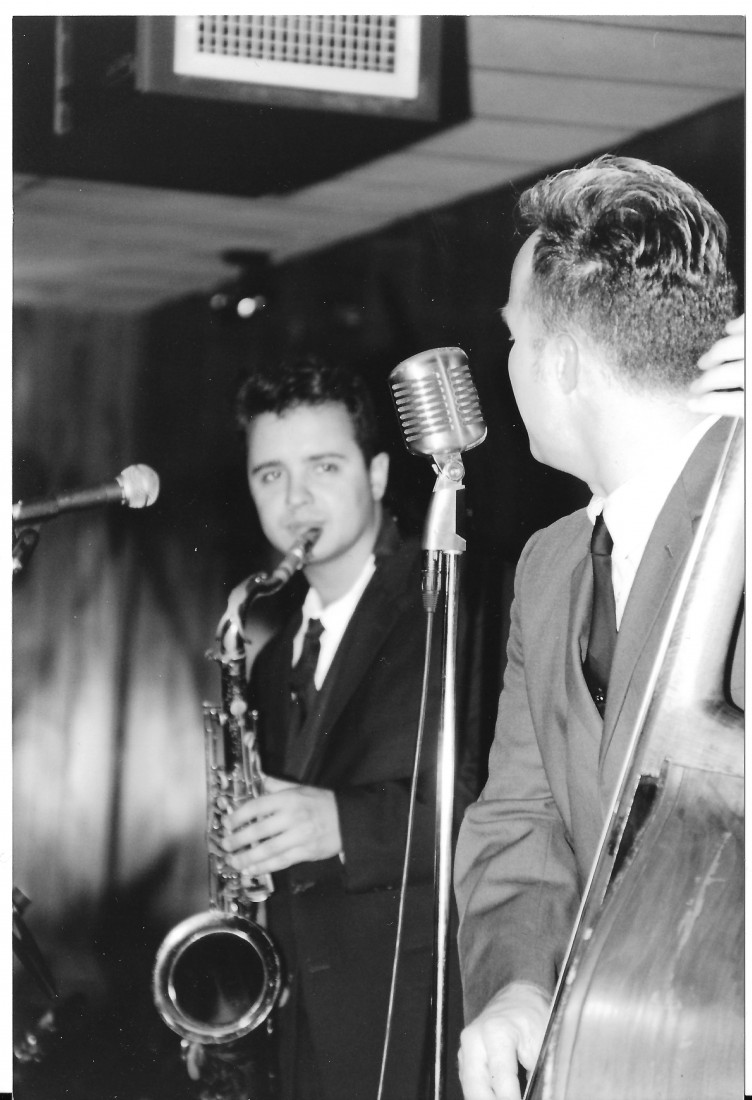 The Jaztronauts are the only ‘real’ vintage group in the midwest. This group has been vintage for 20+ years and have been focusing on their show since before vintage was even sought after. The band was formed in 1996 by the two Weismann brothers that were inspired by their father an established Jazz drummer. The whole family already sang, so when they picked up their instruments, it was magic. Other new groups wear costumes and play standards, but the Jaztronauts have been studying and pouring over the music and arrangements off old 78’s for years.
They also wear real vintage suits and even replicate old performances when they can.

An authentic touch of class that is rare these days.

These guys were Fantastic!

If you want a classy night with great music, a perfect ambiance, and an experience you wont get with ANY OTHER OPTION in town.. hire these guys.

I don't know why I waited to do this.. The band leader listened to every request, showed up early, went WAY beyond what we had asked for.

Bravo guys.. Seriously these guys are seasoned pros and aren't reading music and pretending to be Jazz musicians.. they are the real deal down to the core!

The Jaztronauts are true musicians, in the best sense of the word. The music was excellent, the service was great, and they are just plain nice people. Jason always got back to me in a timely fashion and answered all my questions. On the day of, they were set up well ahead of when guests started arriving. They started and stopped playing exactly on time, and were always friendly and flexible if we wanted them to play a certain song at a different time than originally planned.

Then there's the music. These guys are great musicians. My brother-in-law is a professional musician, not easily impressed, and he was definitely impressed—and even if you know nothing about music, you will have fun listening to these guys. Many of their arrangements contain three-part harmony vocals over the instruments—extra tasty! The sound volume was loud enough to be heard well, but not so loud that your ears rang, and not so loud that you couldn't talk. And on top of all that, they looked good, too!

You will be very glad you hired these guys. They can really make an evening sound perfect.

the Jaztronauts have done hundreds if not thousands of weddings and corporate events. They are professional, timely, thoughtful and have dealt with almost any wrinkle you could throw at them over the years. Their experience is relieving and their music is classy, unique, and painstakingly thought out. They have been referred to as more than a band, but an 'experience'.

With their sparkling vocal harmonies, solid jazz chops, quick-witted banter and cool vintage suits, the Jaztronauts have stage presence in spades. A staple of the Twin Cities swing scene for the past decade, the band possesses the unusual ability to be both versatile and distinctive, and have a repertoire deep enough to be tailored to almost any venue and event.

Named at the Minnesota Music Awards as the 2001/2002 Acoustic Jazz Artist of the Year, the Jaztros have appeared as the house band at several clubs, a local television show and for a minor league baseball club. The boys even did a tour of duty in Europe, playing grueling 5 1/2 hour gigs, six nights a week at a jazz club in Switzerland. The Jaztronauts' debut CD, "Swank," received critical acclaim, and several cuts from the album made the top 10 of the “(link hidden)” charts.

They have been awarded a 'best of' listing with Minnesota Bride, best 'new thing' by Minnesota Monthly and are former winners of the Minnesota Music awards for best acoustic instrumental group.

The joy that each of the players takes in his work is evident, and the fun the band is having never fails to inspire the crowd. Though the Jaztronauts'
musical style is hard to categorize, it is without question very easy to enjoy.

We simply as that we are placed in a safe environment, free from debris and possibly damaging elements. We require an electrical outlet to plug into and are ready to go.

We provide our own sound in most situations, but for large scale events we require the drums mic'd, 4 vocal mic's, 1 saxophone mic, 2 boom stands for the Saxophone, and 2 D/I's for the bass and keyboards.

All Blues
At Last
All of me
All the things you are
A-Train
Autumn Leaves
Avalon
Beginning to see the Light
Blues don’t care who’s got em
Besame Mucho
Beyond the Sea
Big Leg Mama
Black Orpheus - A day in the life of a fool
Bewitched
Blue Bossa
Body and Soul
But not for me
Bye bye blackbird
Canadian Sunset
Caravan
Ces’t Magnifique
Darn that Dream
Days of wine and Roses
Do nothin till you hear from me
Don’t get around Much anymore
Dream
Easy to Love
Every Breath you take - sting
Fever
Fly me to the moon
Frim fram sauce
Fragile - Sting
Gee baby ain’t I good to you
Gettin Kinda Chilly
Ghost of a chance
Girl from Ipanema
God Bless the Child
Green Dolphin street
Hallelujah I love her so
Heart and soul
Here’s that rainy Day
Home - Michael Buble
Honeysuckle Rose
How about you?
How deep is the Ocean
How high the moon
How insensitive
I can’t give you anything but Love
I could write a book
I get a kick out of you
I remember you
If I had you
In a mellow tone
Is you is or is you aint my baby
It don’t mean a thing
It had to be you
I’ve got a way with women
I wanna be like you
Jack you just ain’t booted
Java Jive
Jump and Jive (then you wail) or “Gonna hail”
Joy spring
Just a Gigolo
Just friends
Lime house blues
Look for the silver lining
L.O.V.E.
Makin’ Whoopee
Do you know what it means to Miss New Orleans
Misty
Mood indigo
More
Most of all
More than you know
My foolish heart
My funny valentine
My one and only love
My romance
The Nearness of you
Nice work if you can get it
Night and Day
On the street where you live
On the sunny side of the street
One note samba
Our love is here to stay
paper moon
Poinciana
Rubber Ducky
Satin Doll
Sheik of araby
Smile
I feel so Smoochie
I wanna be like you - Jungle book
Someone to watch over me
Spiderman
Stella by starlight
Sunny - Stevie Wonder
Sweet Abilene
There is no greater love
there will never be another you
Wave
The way you look tonight
Them there eyes
Unforgettable
We’ll be together again
What a wonderful world
What is this thing called love
When the Saints go marching in - New orleans
When I fall in love
When you’re smiling
You and I - Stevie Wonder
......And many many more!!!