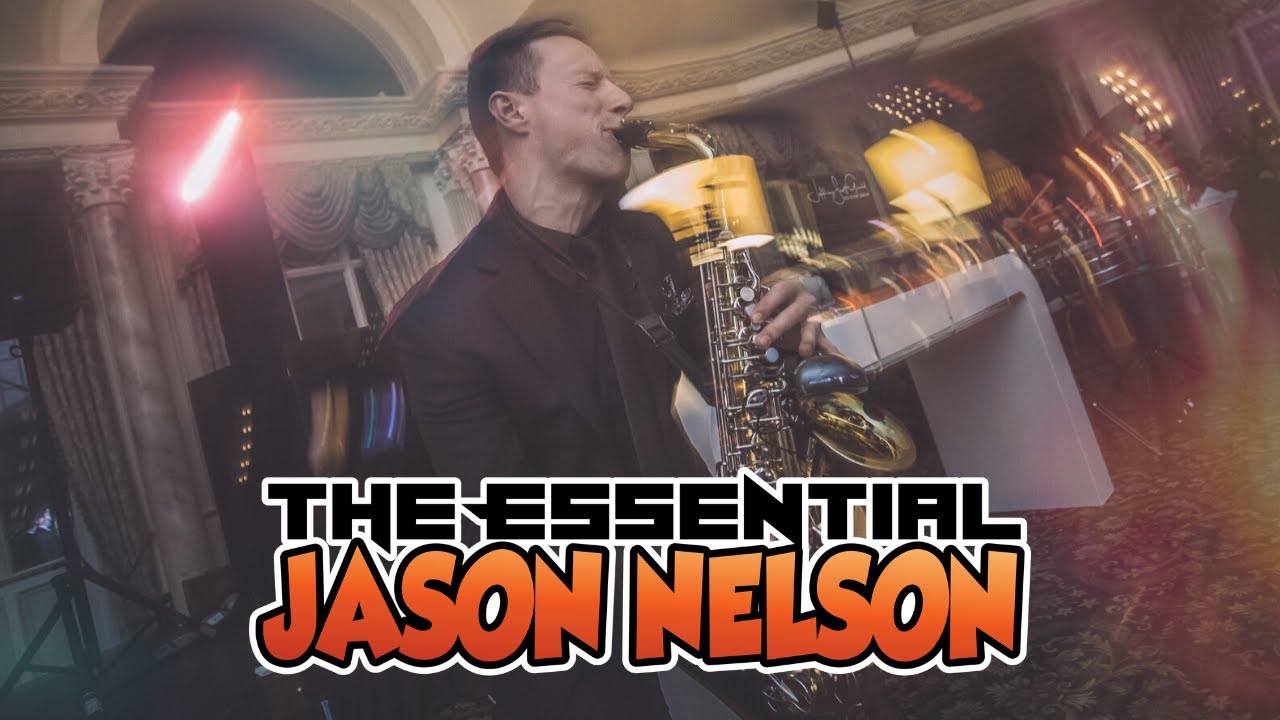 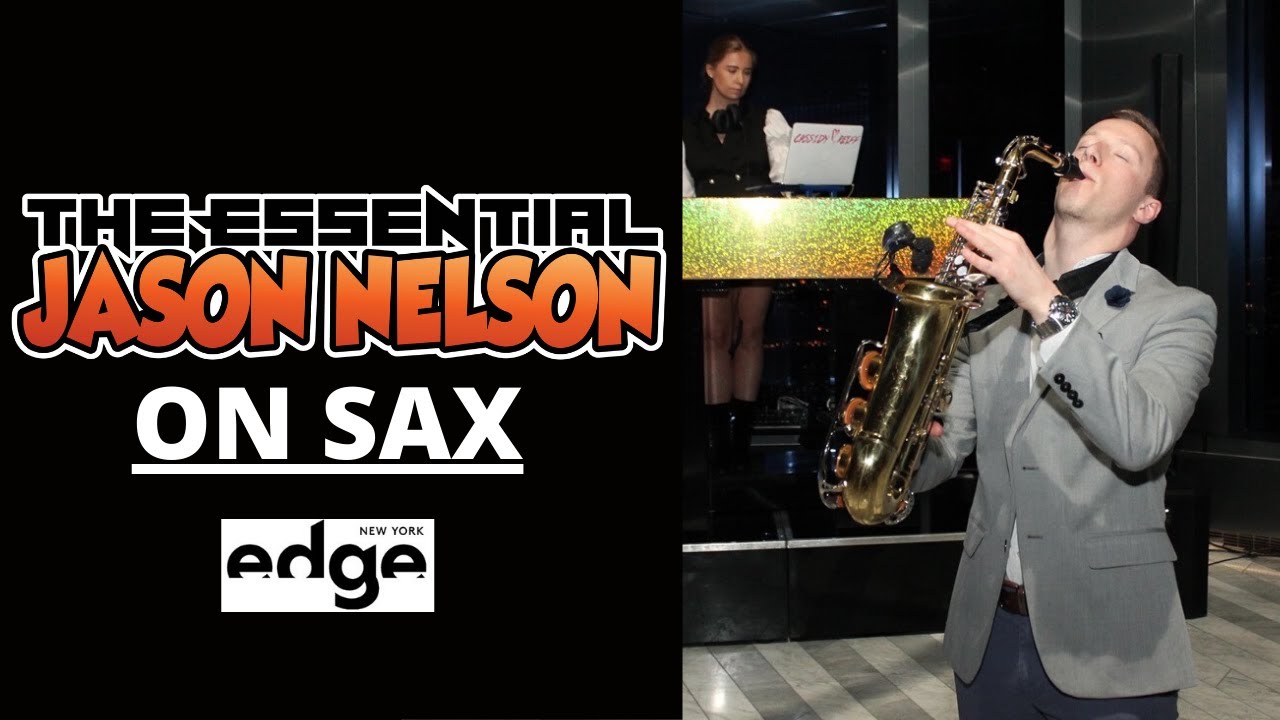 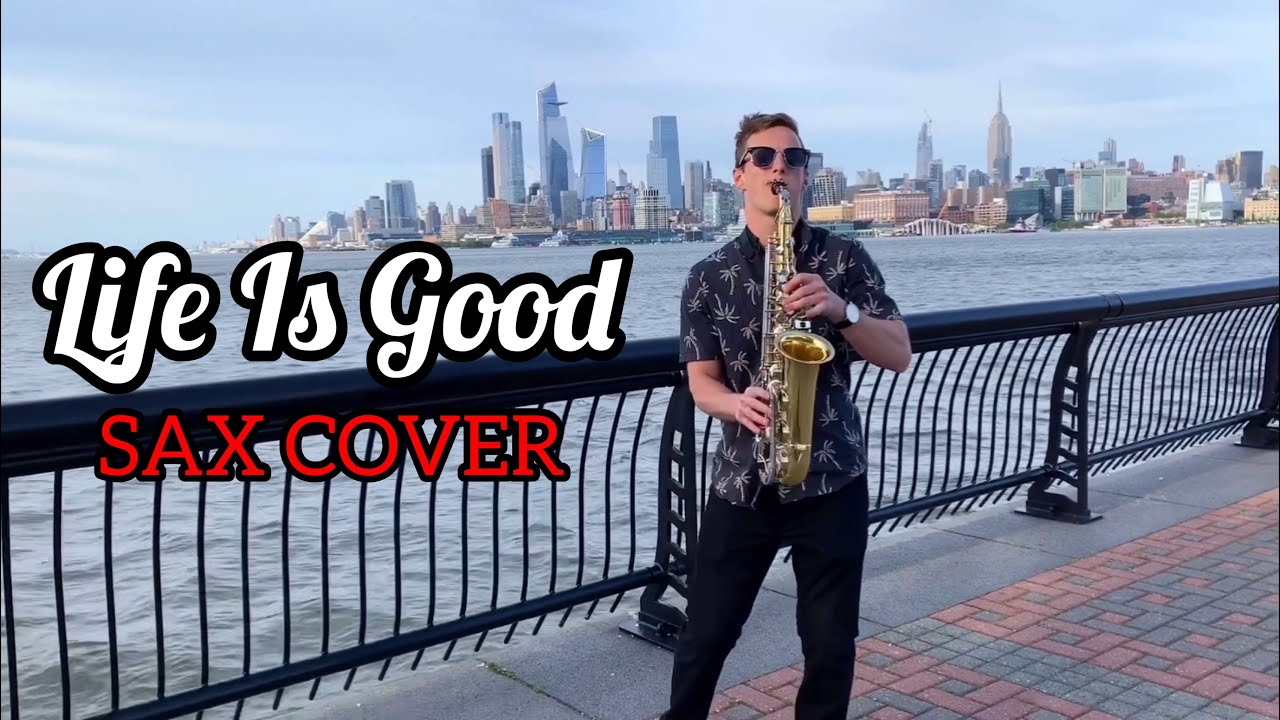 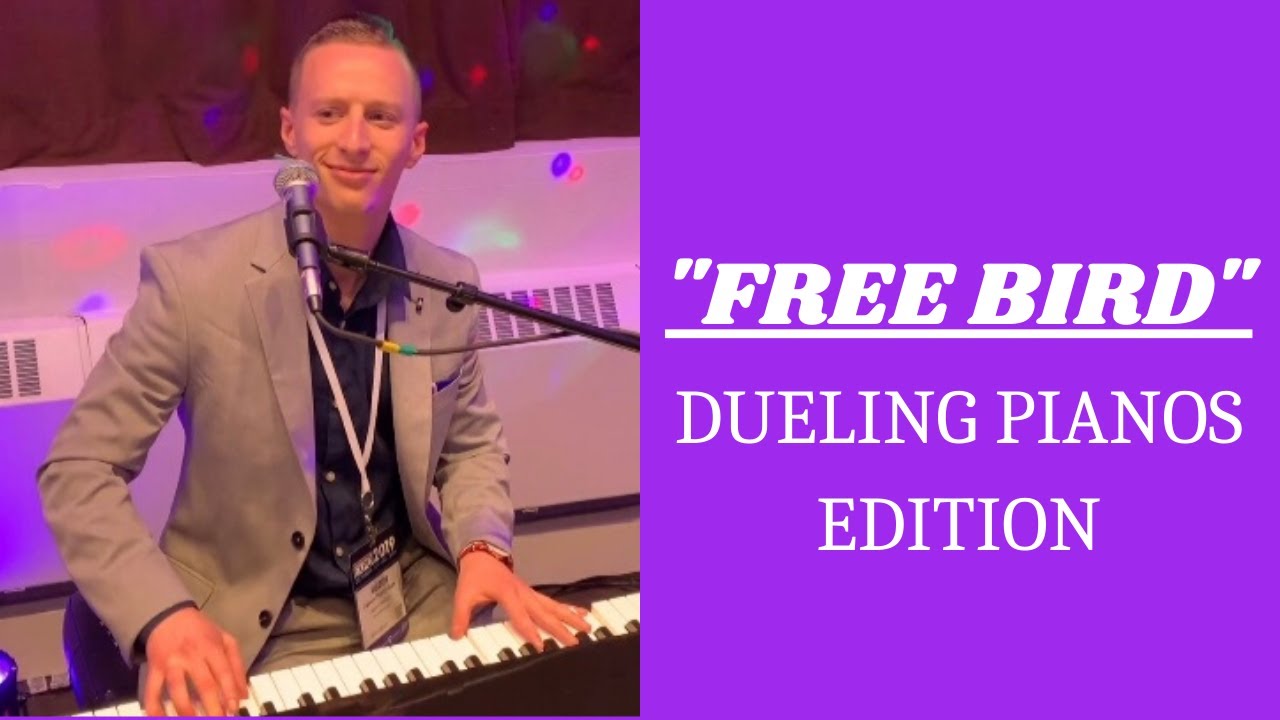 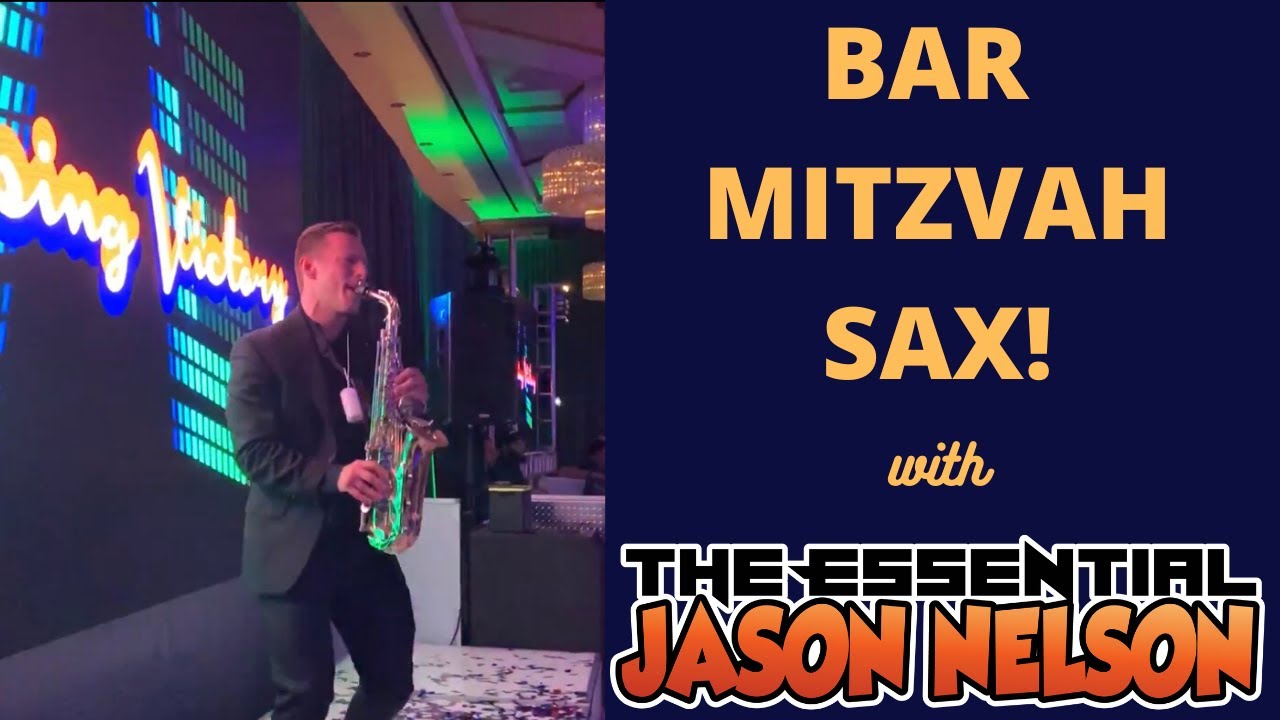 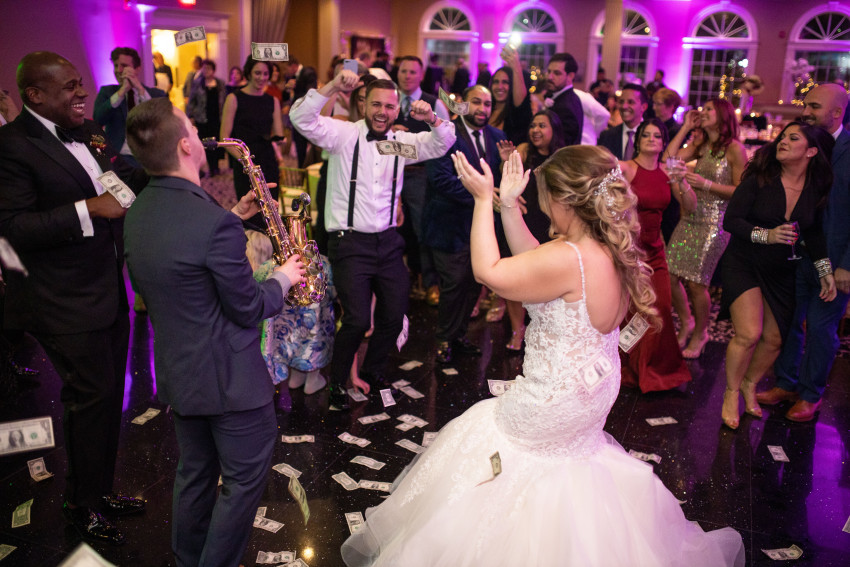 Sax on the Dance Floor 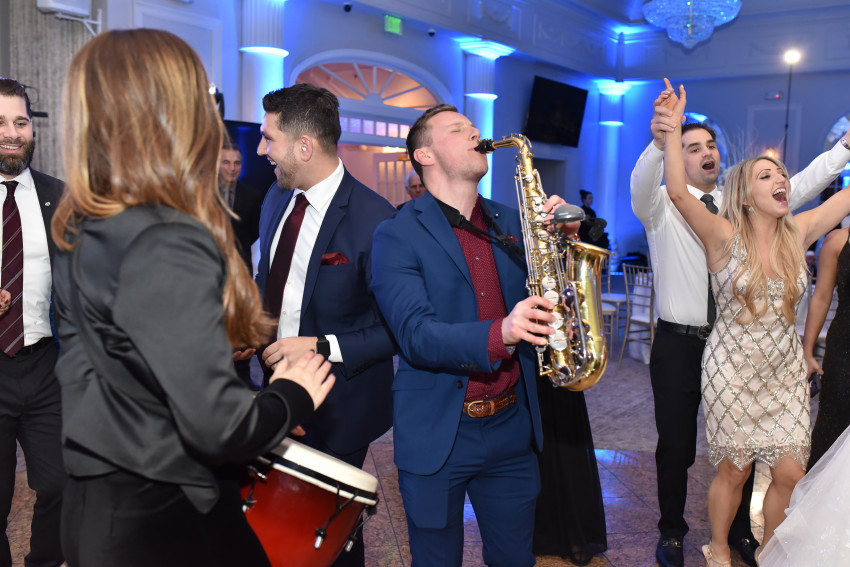 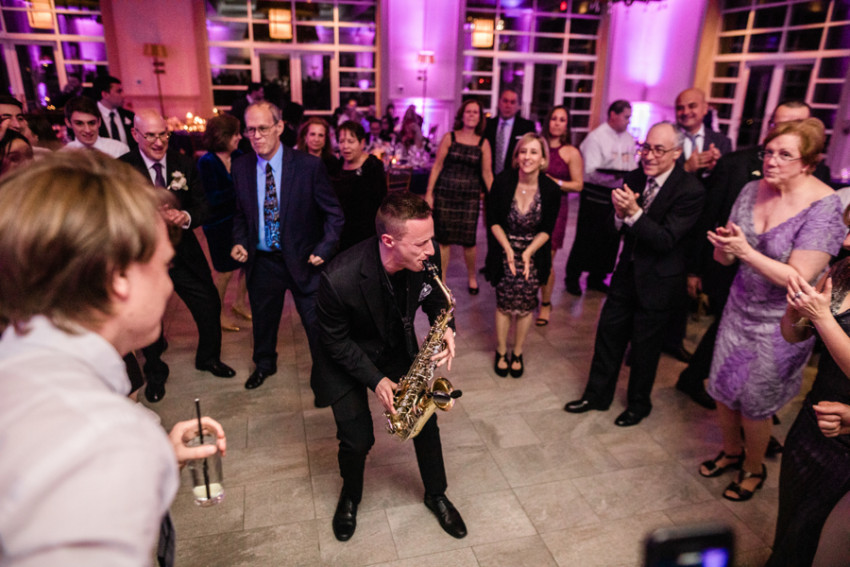 Spice Up Your Dance Floor With Some Sax! 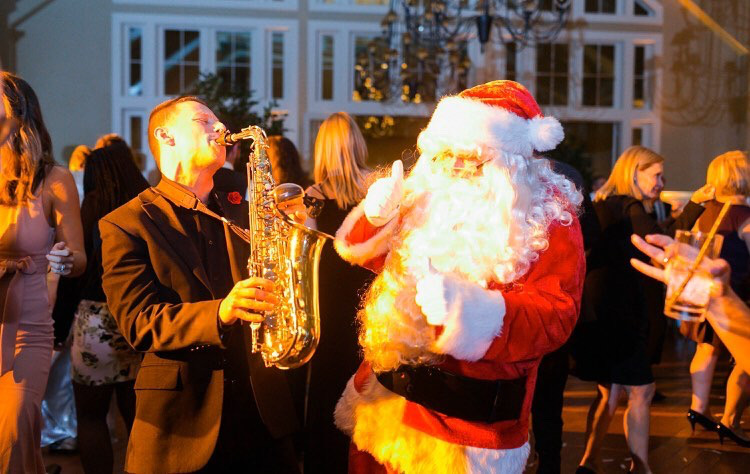 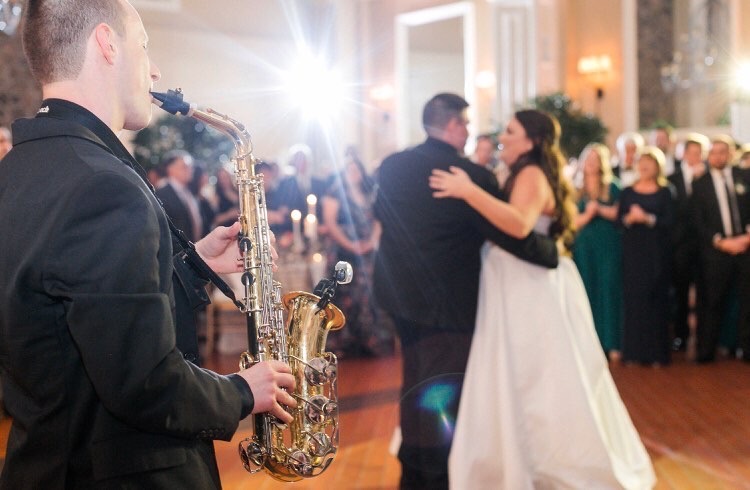 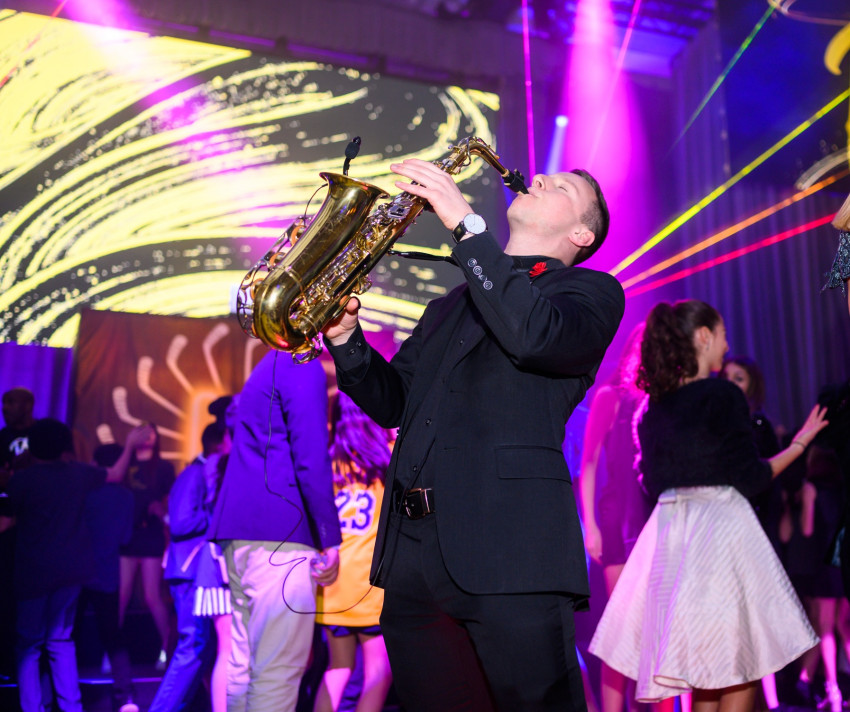 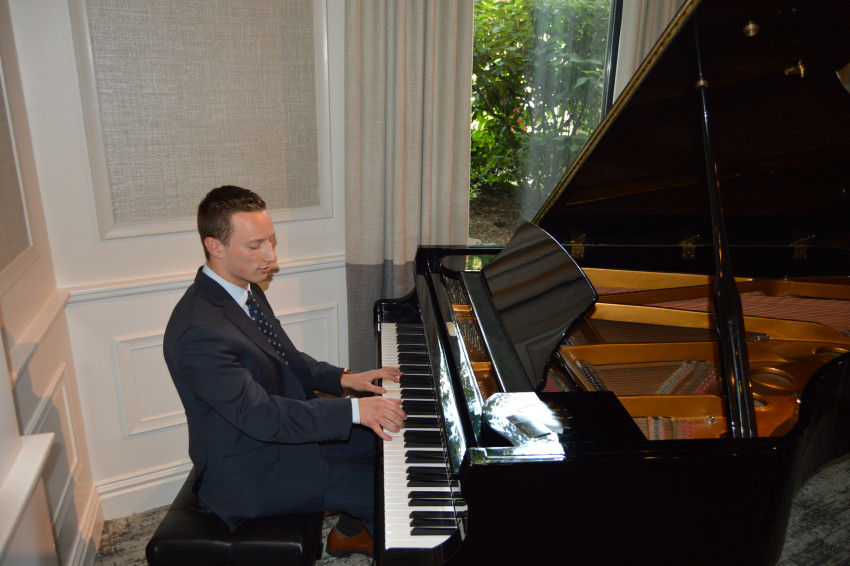 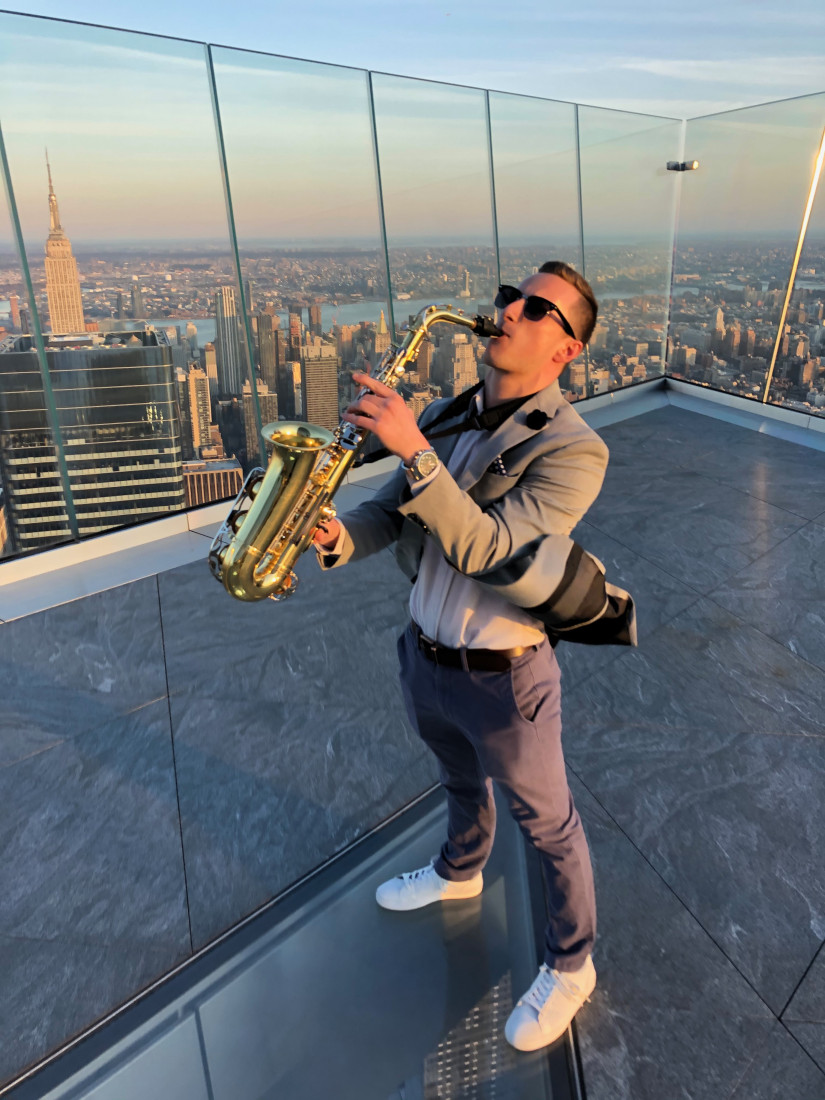 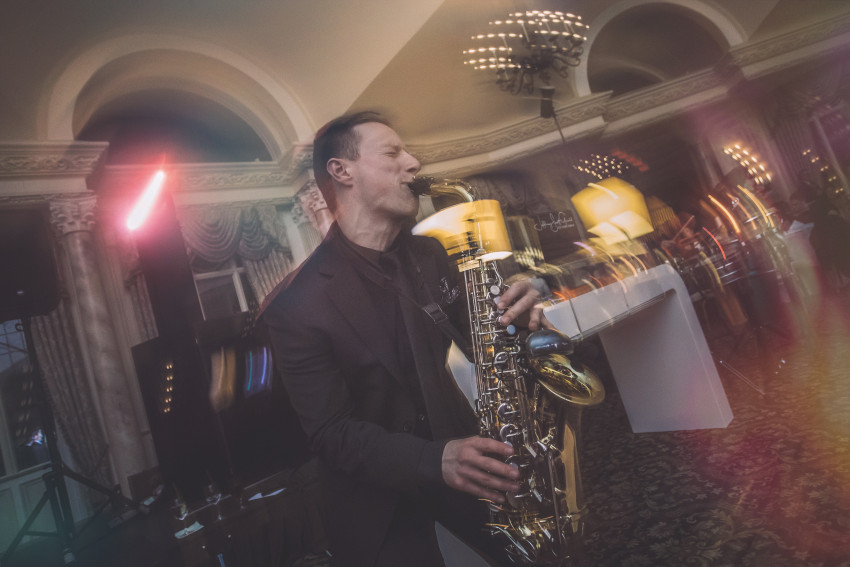 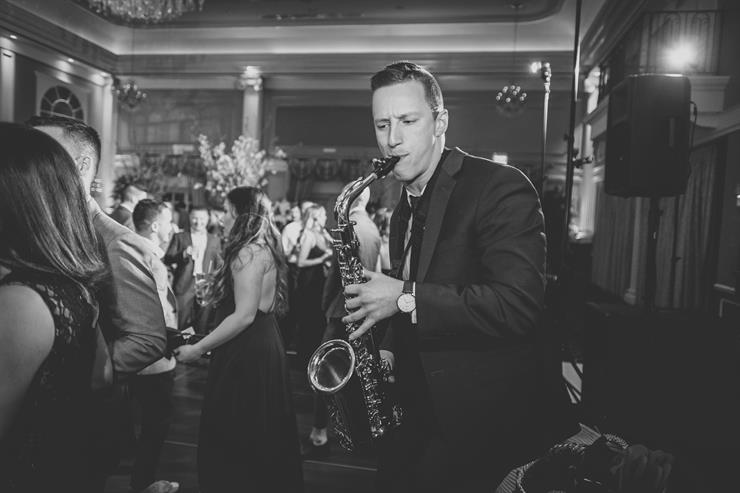 Jason Nelson is Essential to YOUR next event!

Jason was hands down the best addition to my July 2021 wedding. His energy was unmatchable! Jason had my guests on the dance floor all night long! He played along to every song played- truly amazing! I had so many guests reach out asking for Jason's contact information and just raving about him. Book him for any and all upcoming events!

You NEED Jason for your Wedding/Event!

I don’t even know where to begin with Jason – if you’re on the fence about having someone live BOOK HIM NOW! During cocktail hour he played the piano and then at the reception played the sax. The energy Jason brings is incredible and he is so talented. He knows a ton of songs and can play basically anything that is being played at your wedding. Everyone couldn’t stop talking about how good he was – I can’t wait to see him play again!

Prior to our wedding, Jason was so kind and accommodating since we kept changing our plans with COVID. He was also so helpful when I was planning our music by giving us a variety of song choices for the ceremony and dinner. During our wedding, Jason had such high energy and was able to get everyone engaged, even my 86 year old grandpa! Jason was also able to “read the room” well and played the perfect music for each stage of the event. I’m was and still am constantly impressed by Jason’s talent! He learns everything by ear super quick and so even if he doesn’t know a song already, he’ll likely be able to learn it if you tell him in advance enough. He has such high energy! I couldn’t recommend him enough! My family is still talking about his amazing talent 5 months later! I cannot recommend Jason enough! Book him and you will not regret it!

Thanks so much Vivian!! Really appreciate you having me for your special day- it was so much fun! 😁🎷

My husband wanted a live sax player for our wedding in the worst way, I kept telling him it didn't fit in our budget but ended up booking him to surprise my husband. IT WAS THE BEST DECISION I MADE! First, both the DJ company (Don't Miss a Beat Events) and Jason kept it a secret which was great, the look on my husbands face when he saw Jason playing was priceless. Jason truly brought the energy to the party, he was out on the dance floor with us, participating and playing beautifully and perfectly. He is also extremely nice and friendly. Out of all of the things and vendors we had at our wedding, Jason is the one everyone keeps talking about. He was electric in every sense of the word and better than my expectations. I 100% recommend him to anyone and everyone as I truly cannot say enough positive things about him and his talent. I think every wedding needs a live sax player to amplify their wedding experience.

Thanks Christina, you're the best!! I loved surprising your husband and thoroughly enjoyed tearing it up with your friends and family on the dance floor :)

Jason was phenomenal! We hired him for our son's baptism and asked him to play both the keyboard and saxophone. He was awesome and our guests loved him! We had a more elegant affair and he was the perfect entertainment to add to the atmosphere! We definitely recommend him and will be looking to hire him for future events!

THANK YOU Jessica, really appreciate your kind words!! I had a great time entertaining your friends and family with both instruments, so I'm glad you enjoyed as well :)

Thank you Jason for the perfect wedding piano music!

We hired Jason for our daughter’s outdoor wedding ceremony. We originally had a church wedding planned, but had to switch to an outdoor venue. Jason played beautiful piano music as our guests arrived. For the ceremony, he played for the bridal party and bride entry and also the exit music. It was absolutely beautiful, everything I had dreamed of for my daughter’s wedding. He played Amazing Grace, Canon in D, A thousand years, and other selections, all in his own beautiful versions, and so appropriate for a wedding. Every bride should be lucky enough to have Jason play the piano at their wedding!

Thank you so much, Karen!! I couldn’t have asked for a more perfect evening to play a beautiful outdoor wedding ceremony for Alyssa & Matt 💕💍

If you are looking for a one of a kind musician to enhance your big day, look no further! We hired Jason for our intimate beach ceremony after we had to postpone big wedding plans due to COVID. Jason played the sax as guests arrived and made the ceremony entrance and exit so special. He was professional and worked to ensure we were happy with each song selection. We could not recommend him enough!!

Thanks so much Greg!! Your intimate wedding was absolutely beautiful, and the LBI weather couldn’t have been better :) Wishing you and Rachel nothing but the best!

The BEST memory of my wedding

THE KING! Jason was treated like a king at my wedding with the love he got from my family and friends. The dance floor was another level of positive vibes and a good time with Jason playing on the sax. He is so talented and blew us away with the variety of music genes he played phenomenally. Jason’s personality and uplifting spirit was noticed from the moment he started playing, you can tell he truly loves what he does and it shows in his performance. I can’t stop watching the videos of the dance floor and seeing how much my loved ones enjoyed him!

Thanks again, Kourtney!! So happy you’ll have these awesome mems forever just like I will 😎🎷

Jason was amazing! He totally set the mood during Cocktail hour at my wedding reception! We surprised our guests with Jason’s sax performance! Our Guest loveeddd him so much! I will definitely hire Jason again ! He honestly is so personable .. I felt like we’ve been friends forever! Hire Jason ... you will not be disappointed!! I promise !

Thanks so much Christine, I really appreciate it!! I’m glad all your guests loved my cocktail hour set, and I’m wishing you two nothing but the best ❤️

Jason was awesome! He is smooth, professional, and works great for any event!

Thanks so much, Carly!! Really appreciate it. I had so much fun surprising the class with “Happy Birthday” 🎉

Awesome addition to our big day!

Jason was amazing. We got so many compliments from our guests about how great he was. He set such an elegant tone for our cocktail hour and dinner, and then found key moments to hype up our dance floor. We were so glad to have him! Would recommend!!

Aww thanks so much Chelsea!! I had a blast playing at your wedding 😁

Life of the party!

I got married 11/23/2019 and Jason played the sax for us and I am so incredibly happy we decided to hire him. It truly amplified the dance floor and the overall vibe of the wedding. He was so friendly with our guests. He even got into some photo booth shots. He was a great addition to our day. I was amazed at all the songs he was able to jam out to. He was even able to jam out to our Slavic music. I highly recommend Jason to truly become the life of the party.

Thank you SOO much Stephanie! Your dance floor was so much fun to rock out on - still have those awesome photo booth shots as well 🥳

The Essential Jason Nelson is an entertainer for all ages. Born and raised in Hillsborough, NJ, Jason Nelson quickly learned how to play the piano, saxophone, guitar, recorder, and harmonica, all before the age of ten.

Having 18+ years of experience on the piano and 14+ years on the alto saxophone, Jason has been sharing his love of music with the world ever since he was a child. At his Bar Mitzvah, Jason captivated the crowd with his saxophone performance of “Tequila” during his grand entrance. When YouTube became popular around 2008, Jason would often record himself covering popular songs on both the piano & sax, where he surpassed 100,000 YouTube views in 2008.

In high school, Jason was a member of the award-winning Hillsborough High School Wind Ensemble, including roles in the Jazz Band and Saxophone Quartet. During his undergraduate years at Rutgers University, Jason came in 2nd place in the 2014 Phiesta Greek God competition, wooing the audience with his performance of “If I Ain’t Got You” by Alicia Keys on the saxophone. Jason graduated from the Rutgers Business School in 2017 with a B.S. in Marketing and a Certificate in Recording Arts from the Rutgers Mason Gross School of the Performing Arts.

Currently living in Hoboken, NJ, Jason has had the pleasure of playing hundreds of events, performing for weddings, Bar/Bat Mitzvahs, private parties, festivals, showcases, nightclubs, bars, and wineries. Jason also partners with various DJ companies around the Tri-state area in order to bring joy to as many people as he can. As a freelance sax & piano entertainer, Jason can be paired with any DJ you choose!

Whether sharing lifetime memories with brides and grooms, to rocking out on stages at NJ Italian festivals, Jason would love the opportunity to play at YOUR next event!

Jason is blessed to have perfect pitch, which allows him to play the saxophone & piano entirely by ear. In other words, he can play anything you'd like!!