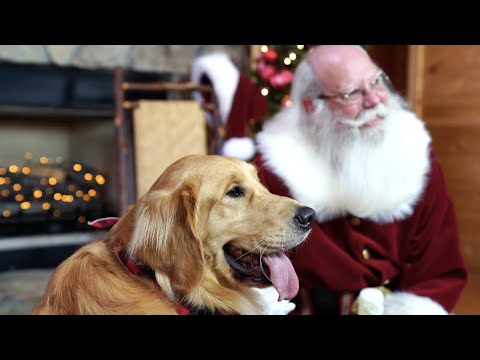 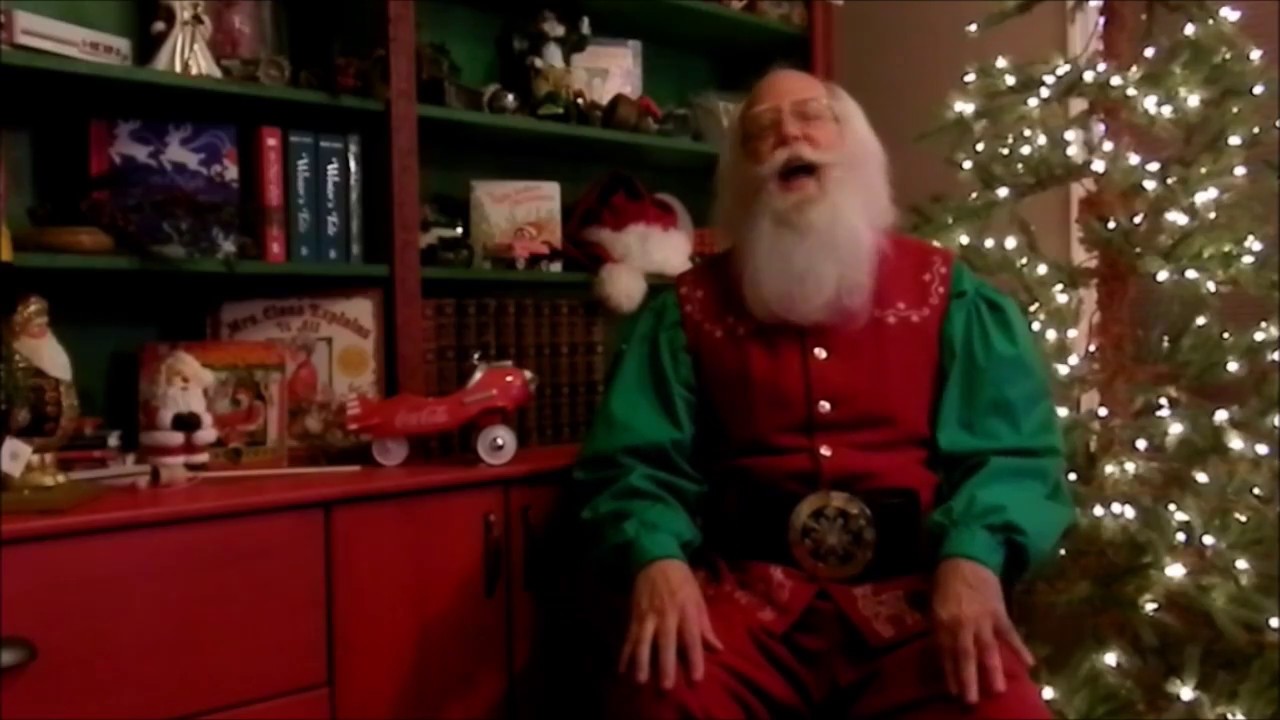 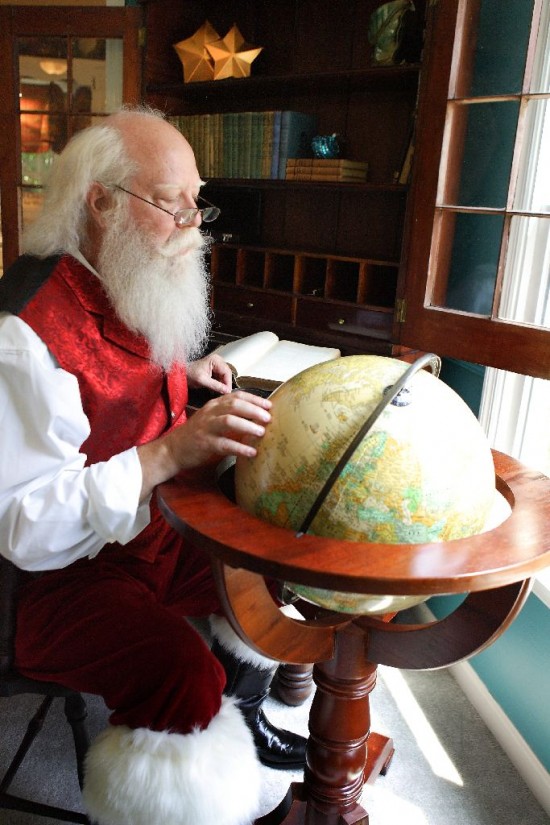 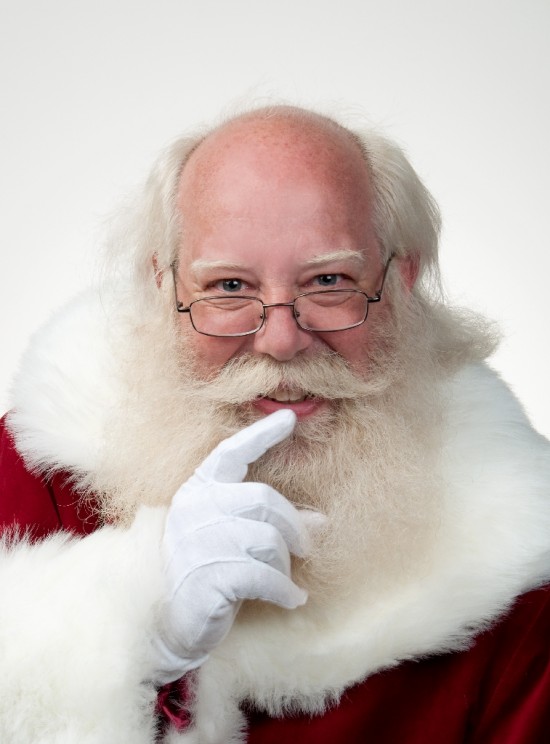 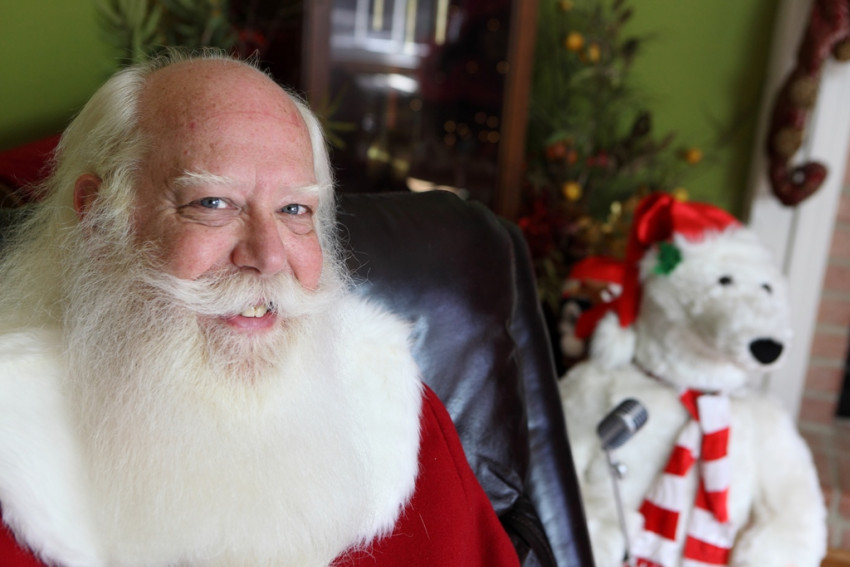 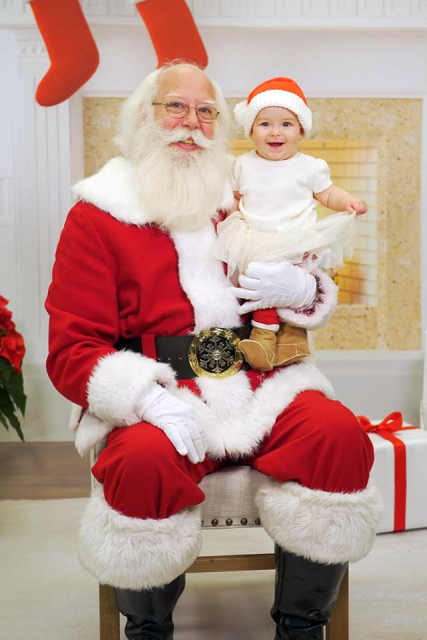 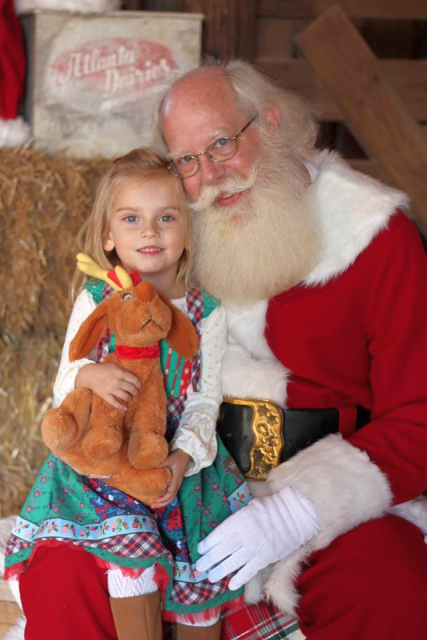 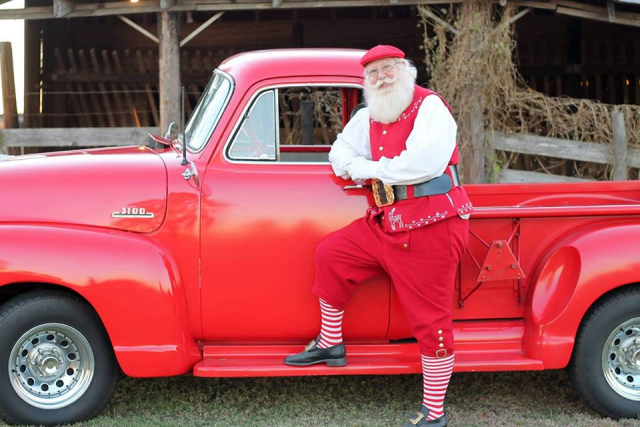 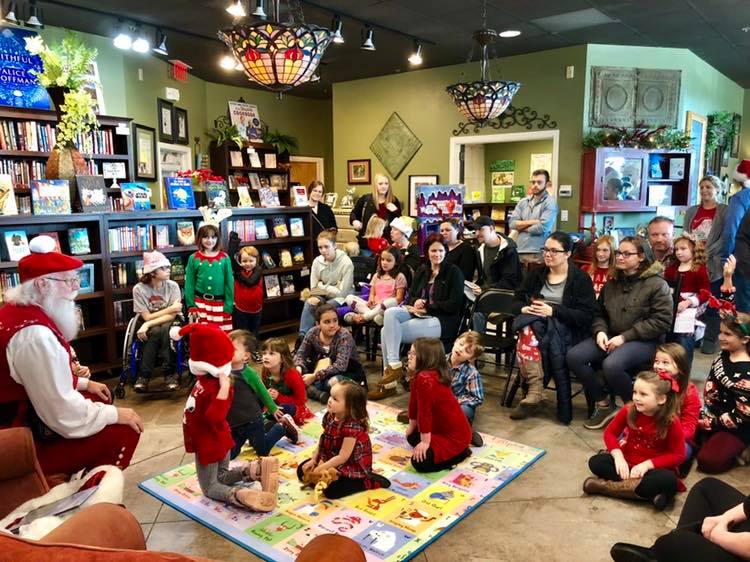 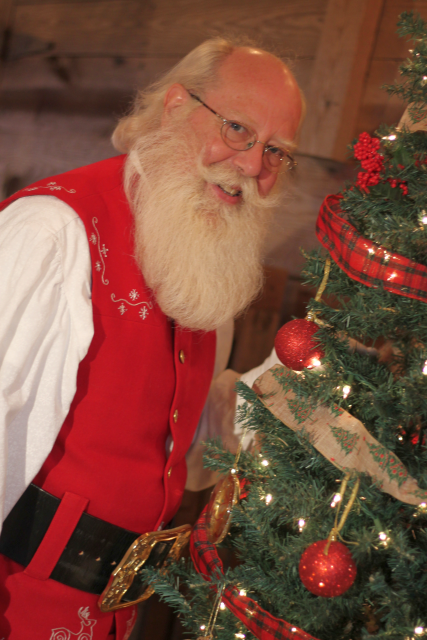 I am an Atlanta based real beard and real padded Santa. Are your children misbehaving? A visit from Santa will remind them that "He knows if you've been bad or good...". Need that 'special' guest at your next Company Holiday Party? Well, here I am! How about a neighborhood party or even a block or cul-de-sac party? I can even bring my own chair and helpers.

Looking for that Santa with just the right look for your advertising campaign? I'm sure you'll be able to convince all of your customers that Santa really does shop at your establishment when they see me in your next ad, print or TV.

I am willing to travel anywhere in the world and enjoy my time in "The Red Suit".

He was very friendly and interacted wonderfully with the adults and kids. He was early and was patient as we ran around trying to pull together all the finishing touches for our event!

I truly enjoyed being invited to your breakfast event. You had a wonderful setup that made my job so easy.

The Atlanta Santa did an amazing job. He was the best part of our night. He was wonderful with the kids. He sat with each one, read to them, and even did a few magic tricks. I’ve been to a lot of Santa parties and I have never seen a more entertaining Santa. The kids were amazed, but the parents were more amazed. I couldn’t say enough great things about him!

Thank you for your kind words. Santa is for children of all ages. I consider Santa to be magical, not magic. I've found a bit of slight of hand helps to keep my audience engaged, no matter their age!

Santa was the best.

The Atlanta Santa was perfect for our event. He stayed in touch with me beforehand, was punctual, and was so patient with all the kids. I highly recommend him!

It was a pleasure to spend some time with your extended family. Next year we'll get pictures with ALL the boys! ;-)

I've worked with many santas in the past and this santa was the very best. Very laid back, easy going, excellent with kids, and patient with language barriers, senior citizens, and even fearful kids flocked to him! The kids ate breakfast, did their santa things, and went to the playground. Santa even went to the playground and was swinging in the swings and answering all kinds of santa questions, such as "where do you keep your wallet?"
Our ministrya assistants 7 year old granddaughter has never sat in santa lap until this event because he is just that good!

Thank you, Sara, for your kind words. The feeling of comfort and safety at your venue contributed mightily to the ease the children felt with me. I look forward to attending this event annually.

Amazing! Everyone loved him!

I requested The Atlanta Santa very last minute and he was extremely nice and kind! He did a fantastic job at our Christmas party and all of the girls loved him! Highly recommend

Thank you for having me, Sarah. I had a wonderful time and look forward to next year's event.

For the Children:
First and foremost, I want the children to have an enjoyable experience. I will work with the bashful and scared to help ease their fears. I want to spend as much time as possible with each of the children. Lap time is the best time where I can hear their Christmas List, answer their questions, and pose for pictures. I also enjoy doing the unexpected to make the visit even more memorable for them such as sharing milk and cookies, having an impromptu tea party. I always enjoy reading a story to the group or leading them in some Christmas songs.

For the Adults:
I am there to provide the necessary services while remaining in character. I will meet and great the guests and mingle at the gathering, pausing often for pictures. I can also distribute supplied gifts to the attendees.

Personal Bio:
I am native to Atlanta, having been born at Crawford Long Hospital in 1956. A graduate of Peachtree High School in Dunwoody, I attended college at Georgia Tech, Georgia State, and Kettering in Flint, MI. I am married to my first wife since 1980, with two grown children and one grandchild. I spent many years coaching youth soccer while my children were pre-teens and teenagers.

Santa Bio:
I remember from an early age how wonderful it must be to be Santa Claus. I always suspected that the man at Buster Brown Shoes was not the real Santa - that fake beard and mustache was a sure give-away. The Christmas holidays always brought "Miracle on 34th Street" to the TV and I just knew Santa Claus, the man, was as real as could be. The 1994 release of Tim Allen's "The Santa Clause" gave me hope that an ordinary guy could be Santa Claus! Ever since college I've worn a full beard and in November, 2010, my wife encouraged me to have my hair and beard professionally bleached. From that day in the salon chair, everyone has called me Santa.

What You Get:
As a descendant of Saint Nicholas, as all professional Santas consider themselves, I take the portrayal of Santa Claus very seriously. I stay "in character" from before I arrive at an event and encourage all other adults to do like-wise. My heart fills with joy every time I see the eyes of a little child get wide with surprise just as much as when I see adults smile with wonderment, second guessing their own belief in Santa. I am a member of ClausNET, one of the largest online community of Santa Claus and Mrs. Claus portrayers, as well as their helpers. I am also a graduate of the International Santa Claus University,taught by the Hollywood Santa, Tim Connaghan.
I have also invested heavily in the tools that help bring believability to my appearance. From the custom suit, to the custom boots, belt, and accessories including my Magic Key, there is no clue that I'm not THE real Santa Claus. For the occasions when the full suit is either not required or may be overwhelming to young children, I have a professionally designed shirt and red brocade vest, which allows me to be a more subdued, grandfatherly Santa. And I think they both photograph equally well! Additionally, I have decided to keep my hair and beard white year-round. It gives me an opportunity to interact in a positive manner with children all year long and, after all, what I do is "All about the Children".
I am also comfortable entertaining a small group with storytelling ("A Visit from Saint Nicholas" and "Polar Express" are my favorites) and leading everyone in Christmas Carols, either secular (Silent Night, Away in a Manger) or non-secular (Jingle Bells, Here Comes Santa Claus). These services are provided at no additional fee as to help fill available time.

I can also provide helpers for larger groups of children. The helper(s) will assist in organizing the que line to see Santa and can also entertain small groups.

I love the human characteristics that both Edmund Gwenn, in "Miracle on 34th Street", and Tim Allen, in "The Santa Clause", brought to the character of Santa Claus. I have always been enamored over the presentation of Santa in Haddon Sundblom's Coca-Cola ads.